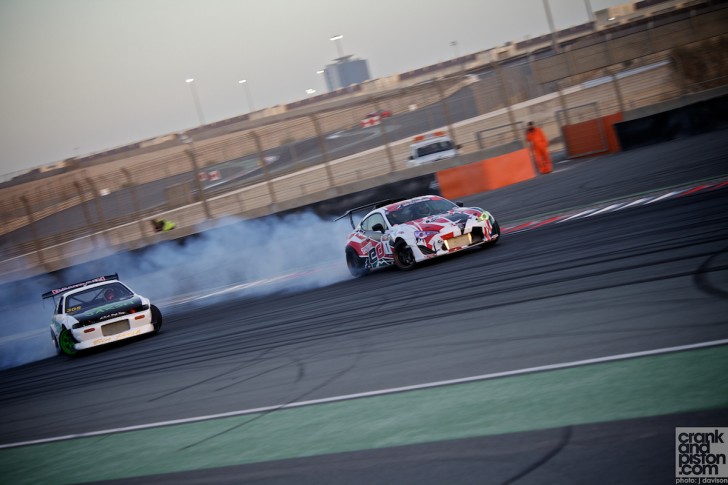 The first run was a close call and I have genuinely no idea how the judges scored it. Ahmed lead and, from my view point, it was clear that he had a lot more pace but perhaps Salman was getting a bit more lairy with the sideways. 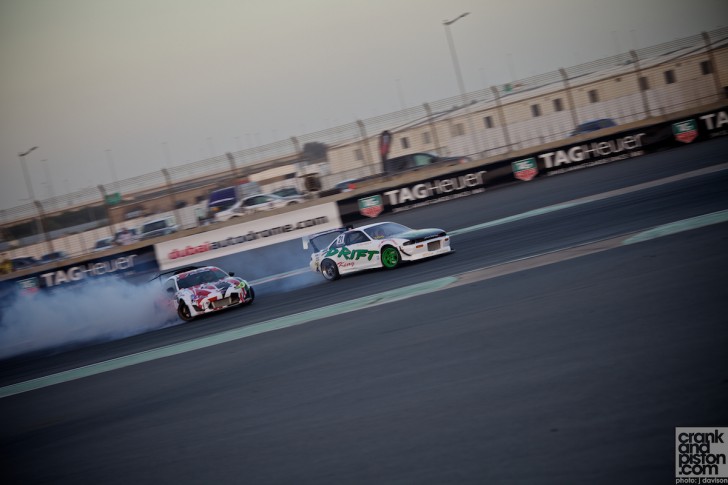 Second run would be the decider and Ahmed brought on his ‘A Game’. Salman put in a superbly clean and controlled run, however, Ahmed had the 86 hooked up in a much more aggressive angle and was sitting tight to the back of Salman. It was looking like Ahmed had it in the bag until the grip went away from him just before the finish line and the 86 spun out. 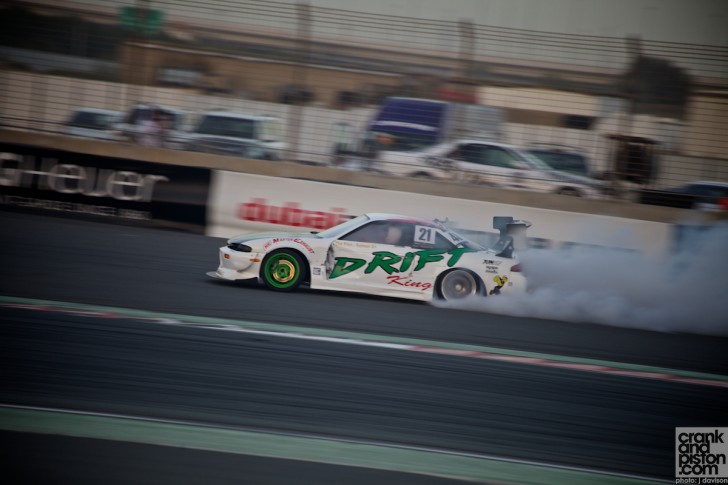 Salman took well deserved top honours in the Pro Drift in his first run in the category. With Ahmed Al Ameri back on form and Salman Abdullah now a challenger, the Pro Drift category is heating up to be a hard fought battle between a number of players. The question remains though, can anybody catch the lead of the Al Jazirah Ford Team? 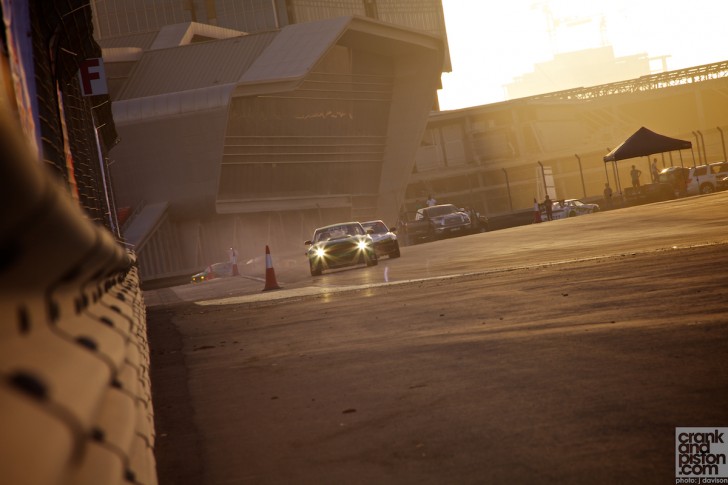 Thanks to Drift UAE, Motorsport Solutions and Dubai Autodrome.