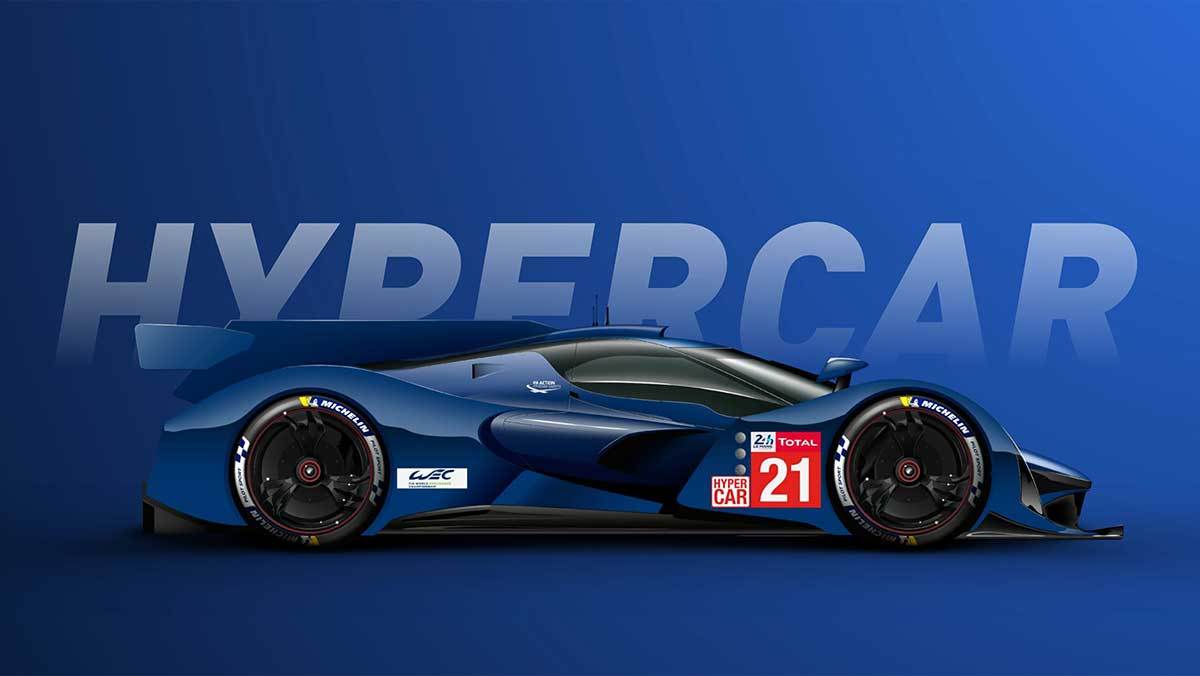 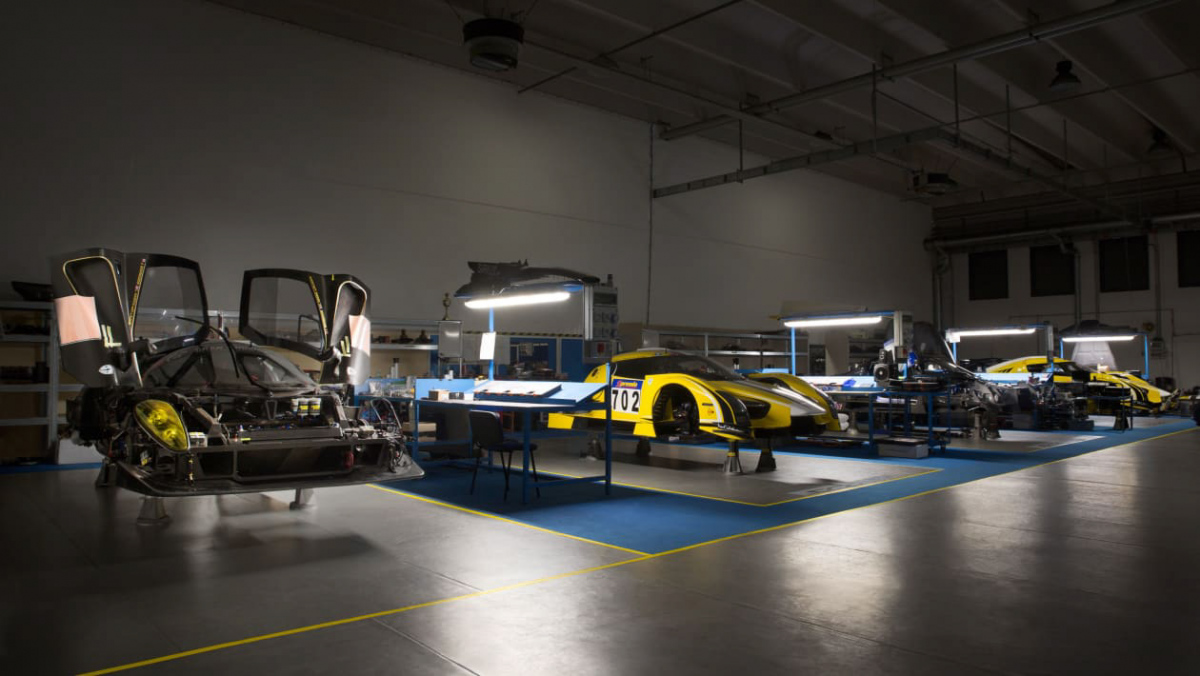 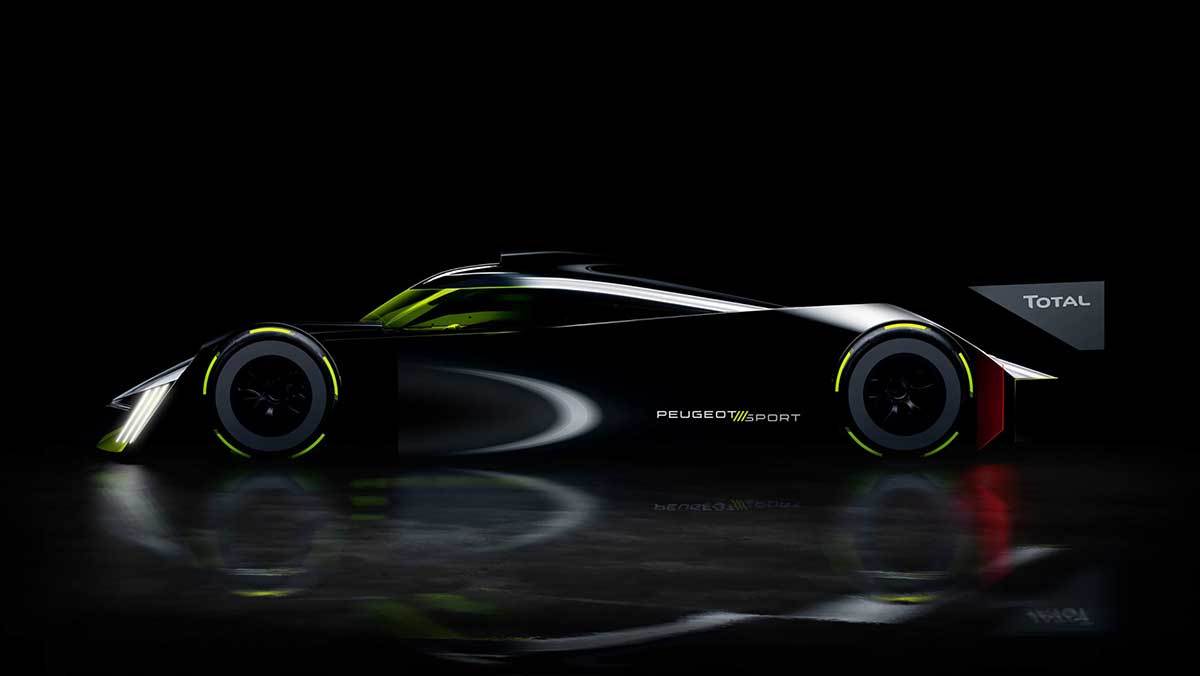 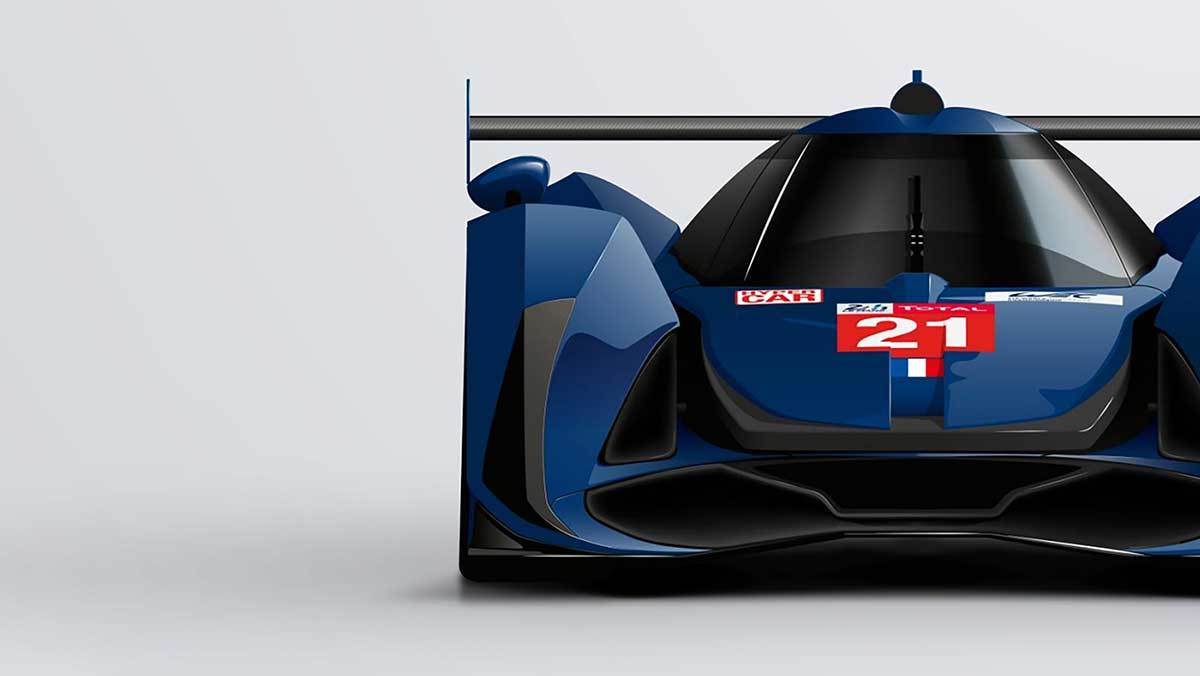 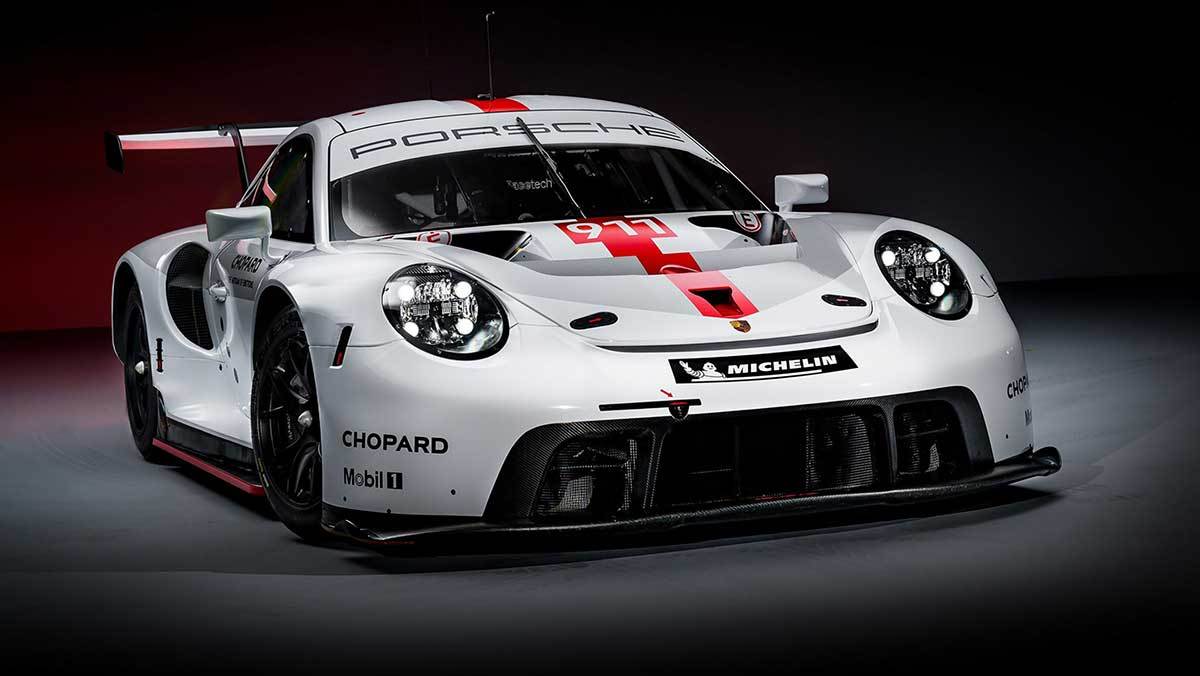 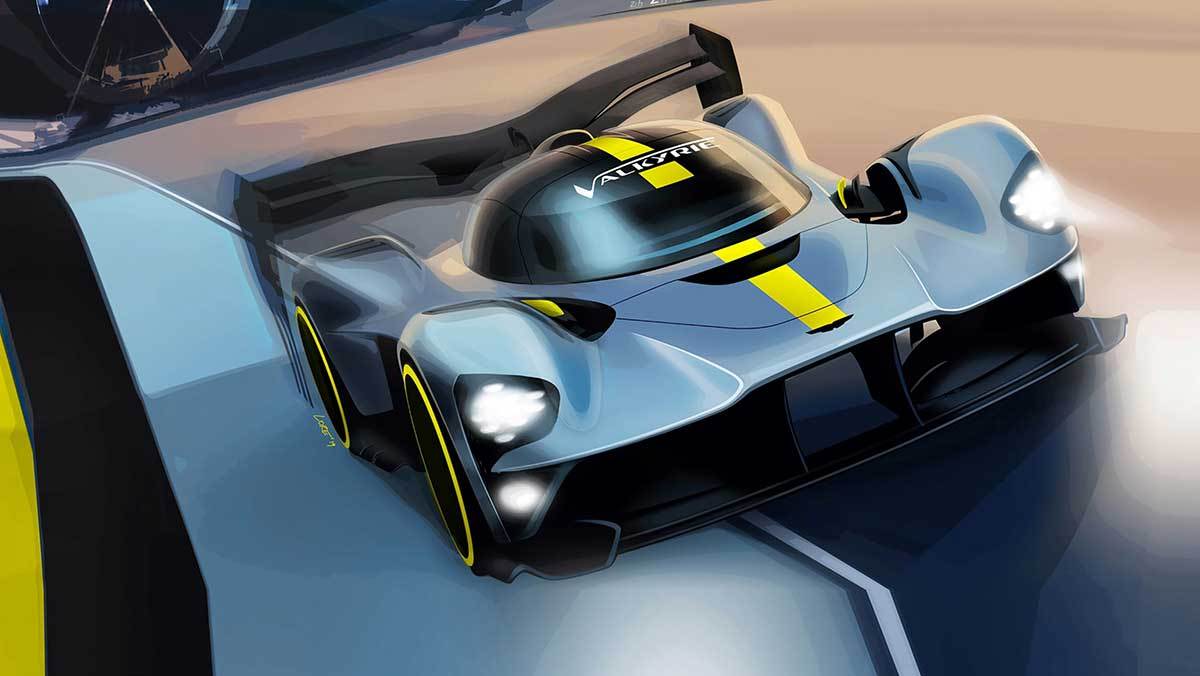 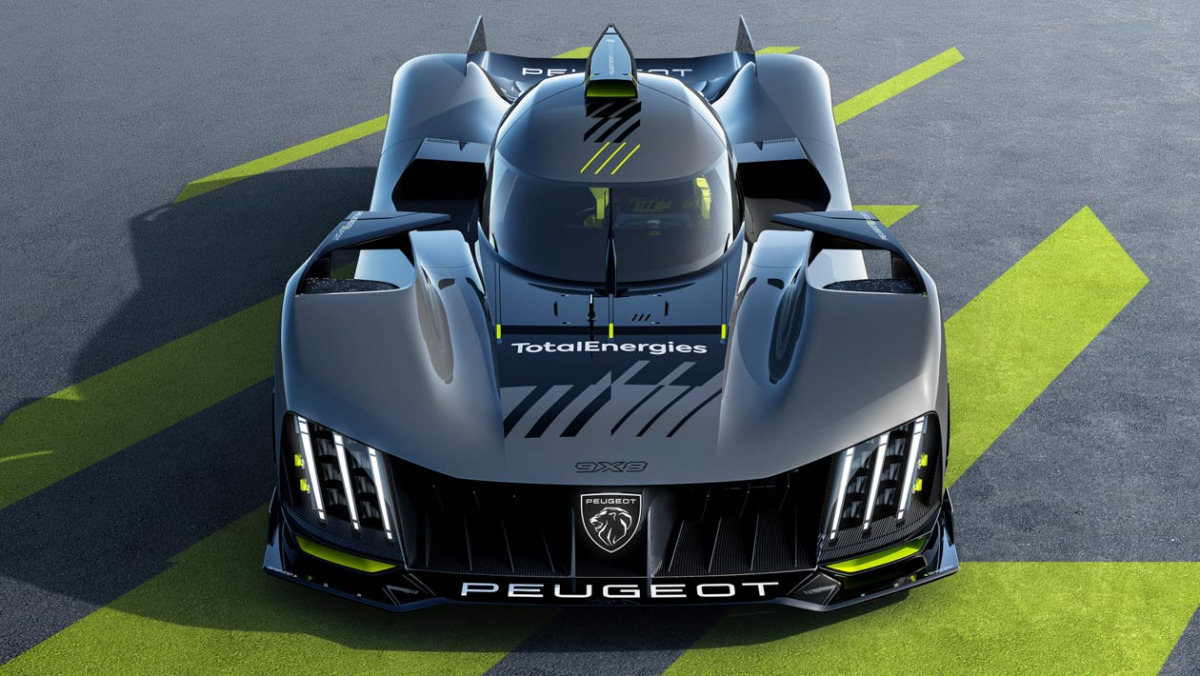 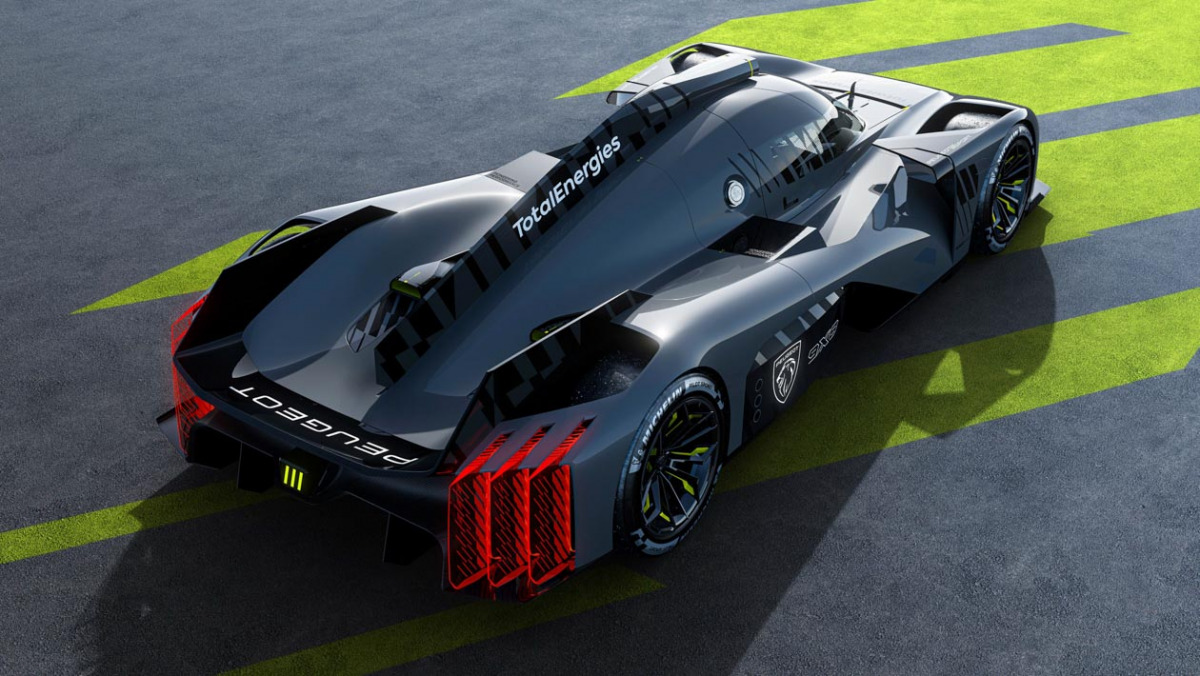 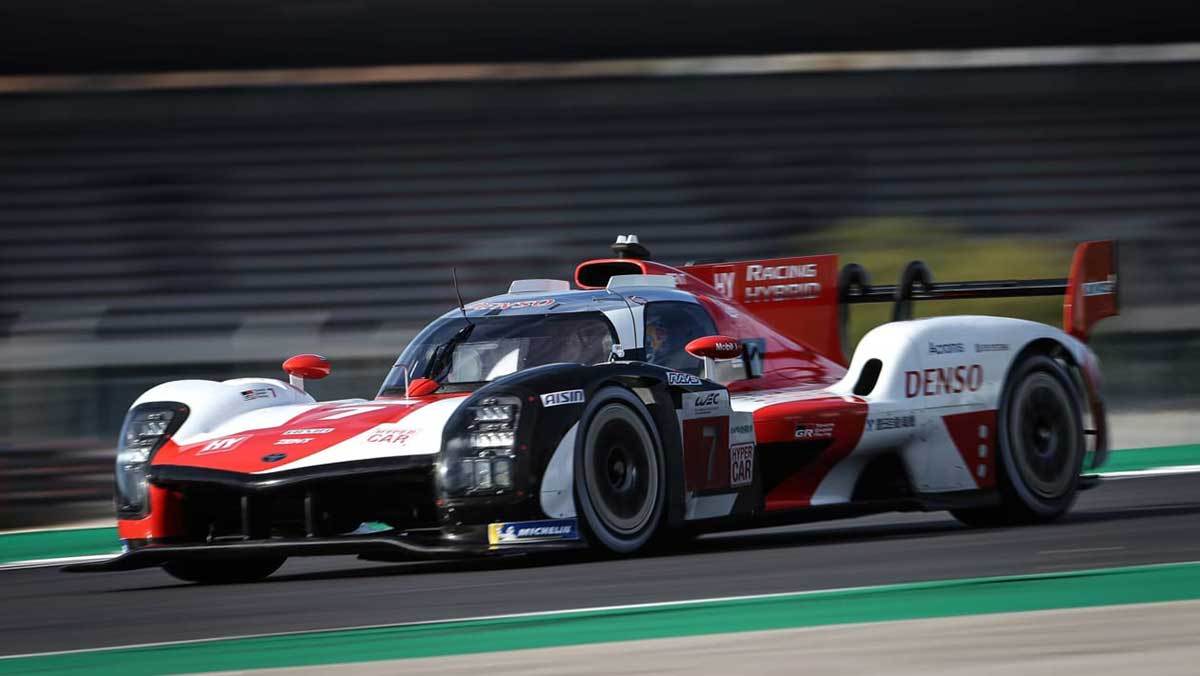 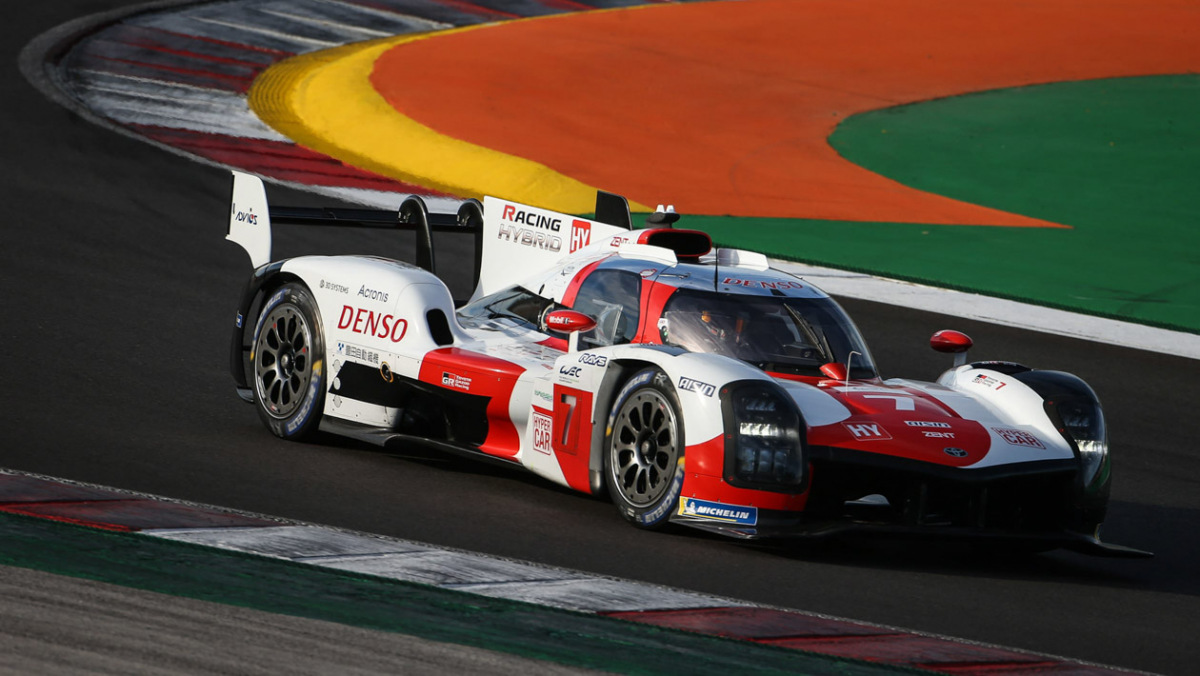 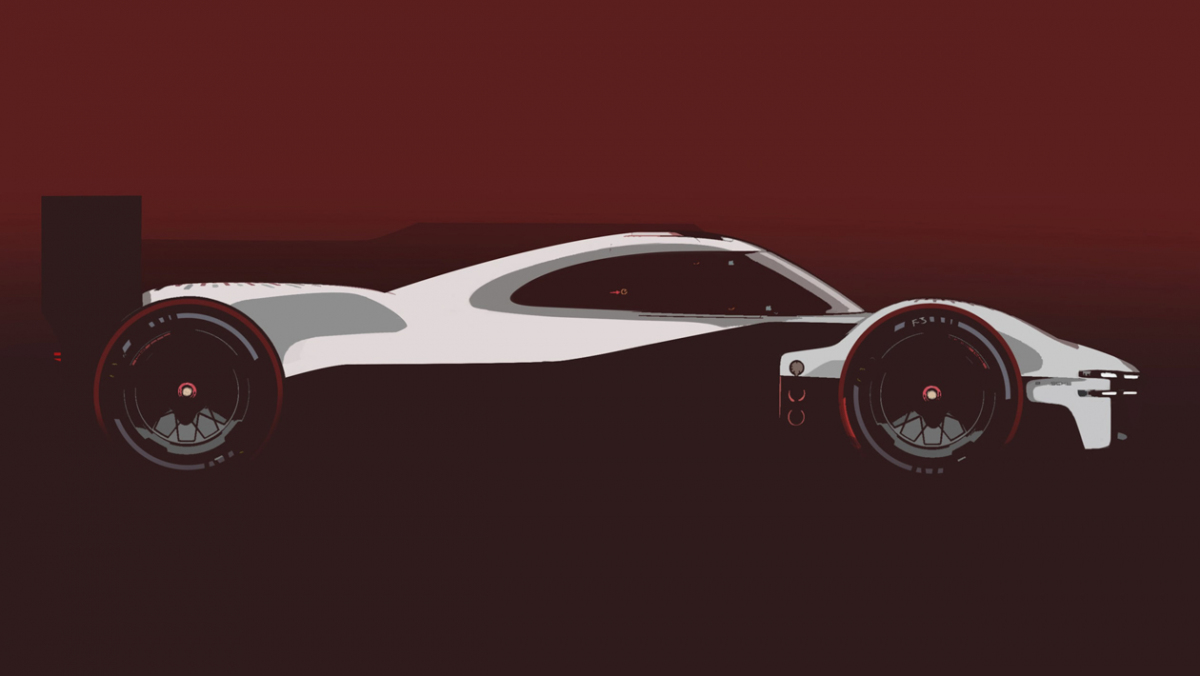 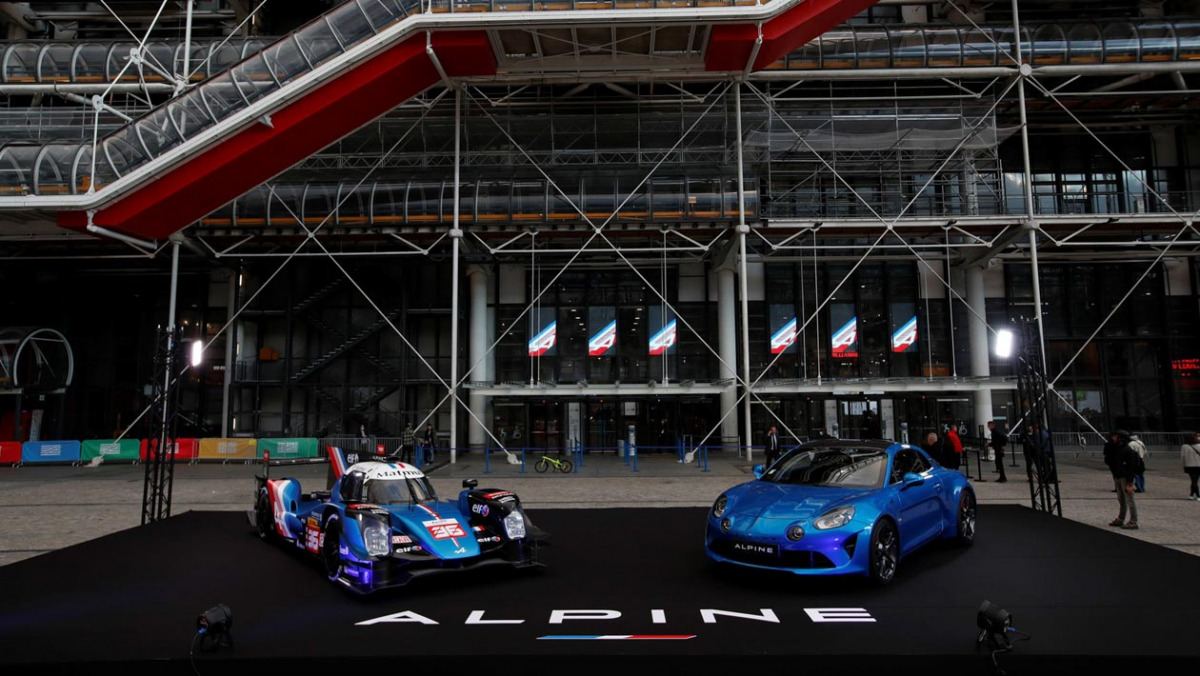 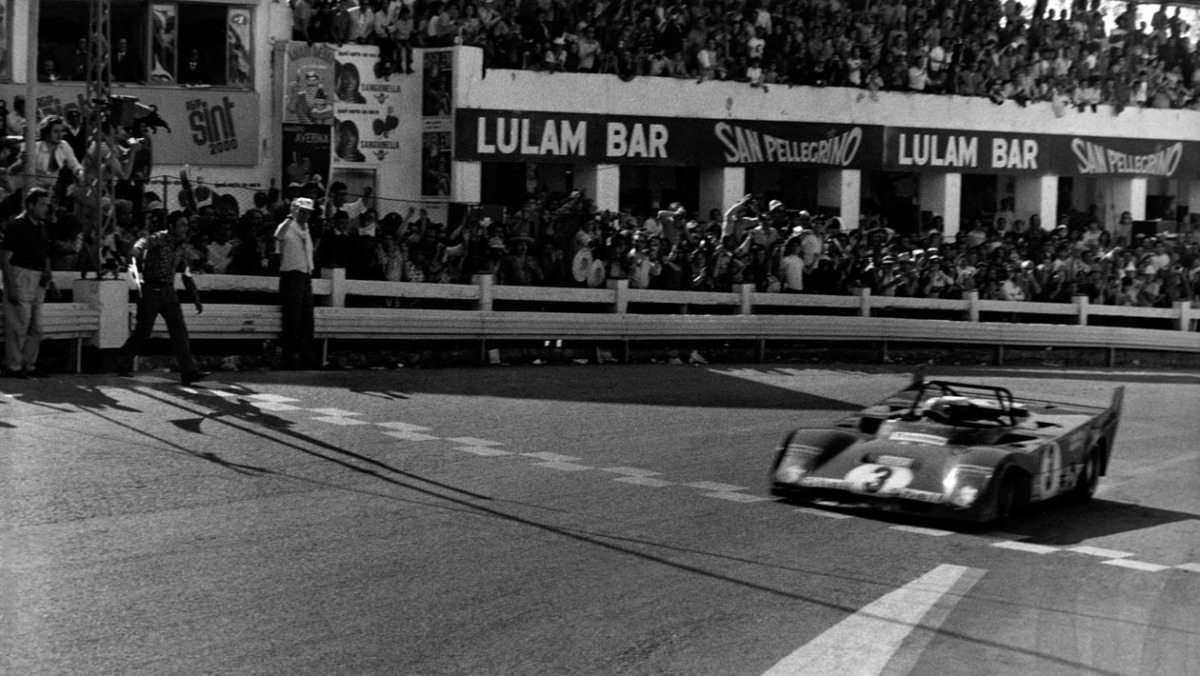 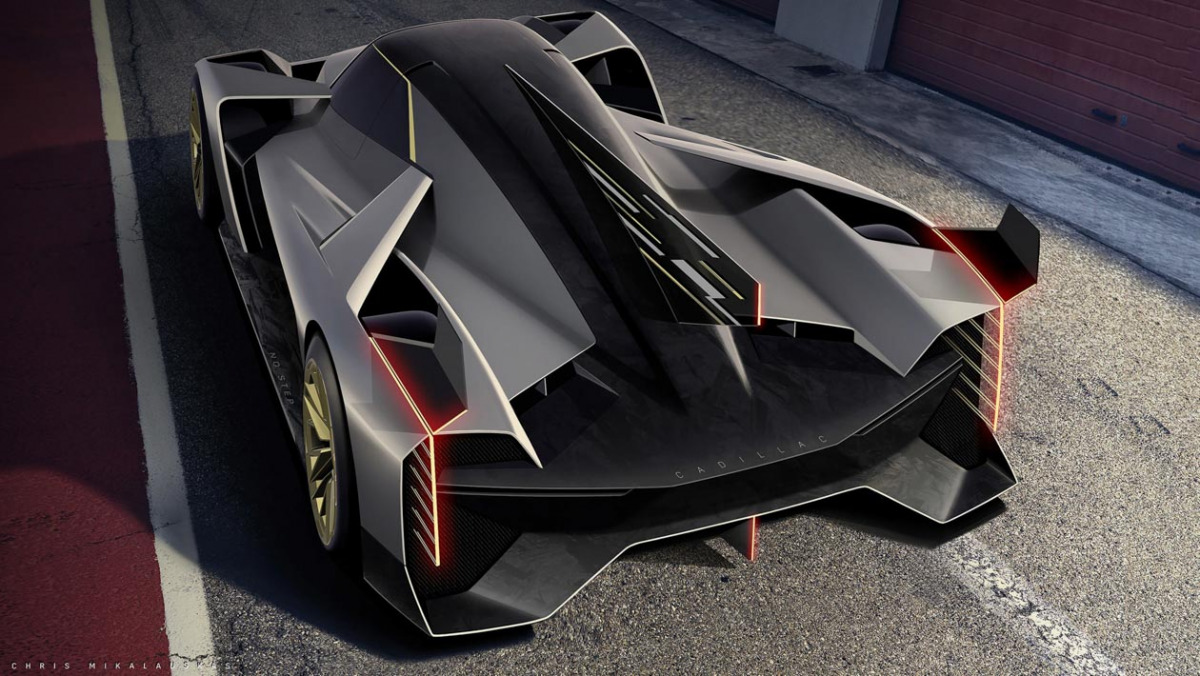 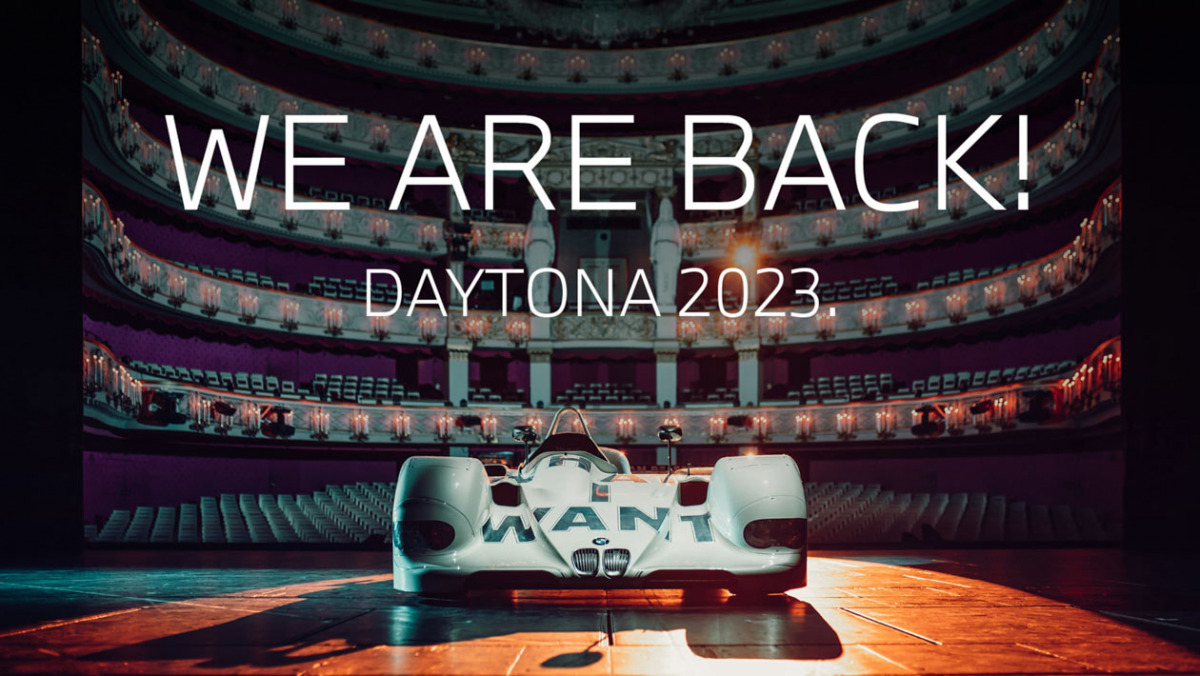 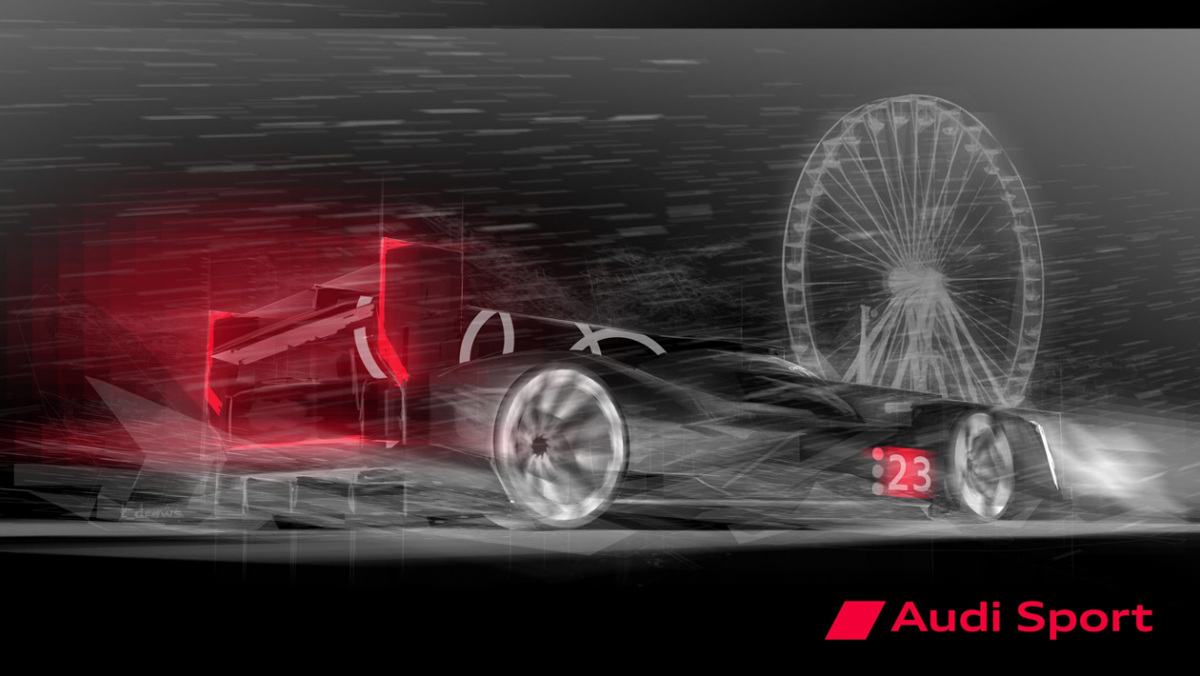 The World Endurance Championship is undergoing a massive transformation. With two new top-level classes populated by a broad spread of factory-supported teams, the era of one or maybe two top-level teams vying for Le Mans glory is over. This all started with the announcement of the Le Mans Hypercar class back in 2018, but multiple amendments to the rules, plus the addition of a further, IMSA-friendly LMDh class, have led to no less than ten OEM teams confirming they will compete in these categories by the 2023 season.

This two-class approach enables teams in LMDh to utilise a spec chassis from one of four suppliers, negating the need to invest in the development of bespoke hardware. Meanwhile the extra flexibility and performance potential of Le Mans Hypercar entries is being countered by balance of performance (BoP) restrictions, designed to keep the racing fair. However, LMH teams have an increased level of control over their racers, which is expected to yield results in terms of calibration and ultimate set-up.

With the 2022 season fast approaching, Toyota, Scuderia Cameron Glickenhaus, Alpine and Peugeot have all revealed their contenders, with the rest due to be unveiled over the next year or so. Here’s the lowdown on the classes and the cars.

While its rules and potential contenders changed significantly in the years leading up to its delayed introduction in 2021, the fundamentals of the Hypercar class have remained largely the same. These include the adoption of a less costly carbonfibre chassis and powertrain compared to those of the prohibitively expensive LMP1 class it replaces. Initial rules stipulated models needed to also be homologated by a road-legal version, although this condition has since been axed due to the complexity of legalising a racer for the road in 2021.

Toyota was the sole remaining OEM team with an LMP1 contender, dominating the class with its TS050 Hybrid throughout the 2019-20 season. In 2021 it started afresh in LMH with the GR010 Hybrid, which was designed to be accompanied by a road-going version as per the original Le Mans Hypercar rules. However, despite an initial commitment to launching the road car even after the homologation condition was relaxed, the pandemic, global chip shortage and production delays elsewhere in Toyota’s business have led to its demise. Still, the racer is expected to be at the leading edge of the new class, with Toyota having the most intensive testing and development schedule of any LMH team so far.

Alpine’s brand equity has exploded since Luca de Meo’s arrival at the head of the French firm, it being one of very few manufacturers to campaign in both Formula 1 and WEC at the same time. Although Alpine is initially competing in WEC’s LMH class, in collaboration with the Rebellion Racing team and using an Oreca chassis and a Gibson Technology engine, from 2024 the marque will switch over to LMDh with a new car that it will develop in-house.

Privateer entry Scuderia Cameron Glickenhaus joined Alpine and Toyota in the inaugural year of the Hypercar class and is the only team to successfully build and develop a road-going version of its race car. The SCG 007 racer will be the only non-hybridised contender in the Hypercar class, utilising a 3.5-litre V8 sourced from Pipo Moteurs.

Peugeot will debut its 9X8 contender at selected races in 2022, but won’t enter a full competitive season until 2023. The Peugeot’s unveiling in mid-2021 revealed some interesting trends we expect to proliferate around the class’s newer competitors, such as the removal of the rear wing – something facilitated by the capability of hitting downforce targets with the main body alone. The Peugeot will be hybridised, pairing its electric components with a twin-turbocharged V6 petrol engine.

Arguably the biggest manufacturer name in motorsport, Ferrari has announced its planned return to top-tier endurance racing 50 years after it left in 1973. Other than it will adhere to the rules set by the FIA, all we know about the Ferrari contender is that it’ll be all-wheel drive and utilise a hybrid system of some sort. Ferrari’s LMH inclusion also makes it just one of two global manufacturers that compete in both WEC and F1, but unlike Alpine, both of its efforts are entirely in-house, whereas the French marque currently has partnerships with other racing outfits.

Joining the Le Mans Hypercar class from 2022 is LMDh, a secondary class that has been designed to offer teams a lower-cost route into top-tier endurance racing, as well as fostering greater synergy with the American IMSA SportsCar Championship, which will allow LMDh cars to run with with minimal changes. The rules stipulate that the chassis and hybrid systems are specification units from current LMP1/2 suppliers, but the combustion engine and bodies will be bespoke to each team. This combination of distinction and (relatively) low costs has proven attractive to a number of OEM manufacturers that have announced their involvement in the series.

Porsche has confirmed it will join the series in 2023, collaborating with Multimatic for its chassis and Team Penske for the running of its IMSA operations. Porsche has form in endurance racing, dominating the previous LMP1 class between 2014 and 2017 with its 919 Hybrid. As per the regulations, Porsche’s racer will be all-wheel drive and will combine a specification hybrid drive package with its own combustion engine.

Another recent player in WEC has also announced its return, with Audi – which enjoyed nearly a decade of dominance in the mid 2000s – confirming it’ll join fellow VW Group member Porsche in the LMDh class. With so many shared components between the two brands in some of its production models, the level of synergy between the two teams in WEC has been a hot topic, although how aligned the two teams’ development is remains to be seen. However, we do know that both will both partner with Multimatic for their chassis designs.

BMW’s announcement to join the LMDh class comes with a grain of salt, as it has so far only confirmed its commitment to the American IMSA series. BMW’s European focus on electrification and sustainability draws into question whether it’ll want to be seen competing on European racetracks with a combustion engine, even if it is accompanied by hybrid tech. BMW has yet to confirm its commitment to a specific chassis partner, but given its focus on the IMSA series it will likely be one of the North American suppliers.

Cadillac and Acura have also confirmed their own respective entries in the IMSA series, but with little to no presence in Europe only Cadillac so far plans to compete in WEC rounds in Europe. Acura does represent a big OEM power at play, however, which could lead to future appearances in the European rounds especially with their involvement with Red Bull Racing and its desire to diversify its racing presence outside of F1. 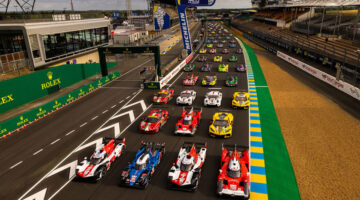