Bringing you the highlights from headlines this week, 1 – 5 May

Last week, did the name Benny Leuchter ring any bells? Nope, us neither, but the German professional racer has given both himself and Volkswagen an early birthday present on the Golf GTI’s 40th anniversary by setting the fastest ever laptime for a front-wheel drive production car at the Nürburgring.

Kicking 306bhp from a 2-litre turbocharged four-cylinder (which also produces 280lb ft of torque), the Clubsport S is a limited edition version of the Clubsport with only 400 units set to be produced. It’s also the fastest production Golf on the planet, which goes someway to explaining how the Clubsport S knocked the Honda Civic Type-R from its record-holding pedestal by over a second with a 7m 49.21s laptime. If you’re keen to see the action from on-board, AutoCar has got you covered.

Unsurprisingly the Clubsport S will be VW’s main attraction at the upcoming Wörthersee event in three bespoke colours, including Tornado Red, Pure White and Deep Black Pearl Effect. For the anoraks out there, that’s a nod to the original paint options available when the GTI first debuted in 1976. 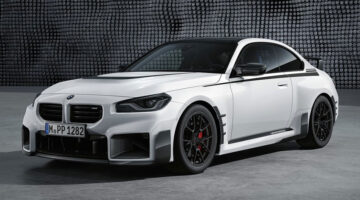