With just several days to go before the 2016 Paris Motor Show, we take a (brief) look at some of the most notable – or just plain random – models set that will make their global debuts.

Ferrari has made much of ‘the soul’ of its engines, since making the high-profile (and not entirely popular) switch from naturally aspirated to turbocharged powertrains with both the 488 GTB/Spider and the California T. The GTC4Lusso can now join that illustrious list, the ‘T’ variant boasting a twin-turbocharged V8 set to make its global debut in Paris next week.

The Lusso T swaps out its sibling’s 6.3-litre V12 for a 3.9-litre twin-turbo V8 ‘perfect for driving on a daily basis’. This makes the Lusso T the first Ferrari four-seater in history to house a turbocharged engine. Similarly of note is that, while it retains rear-wheel steering, the Lusso T ditches four-wheel drive, 602bhp and 560lb ft instead being sent to the rear wheels only. Cue a 3.5-second 0-100kph time and a ‘320kph+’ top speed, one tenth and at least 15kph slower respectively than the V12 Lusso, despite a 47lb ft increase. 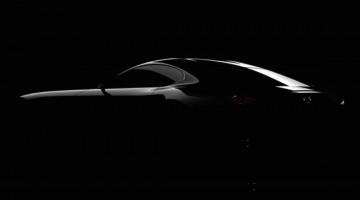