More than just an X5 XL, the X7 adds luxury, a little more space and a satisfying driving experience 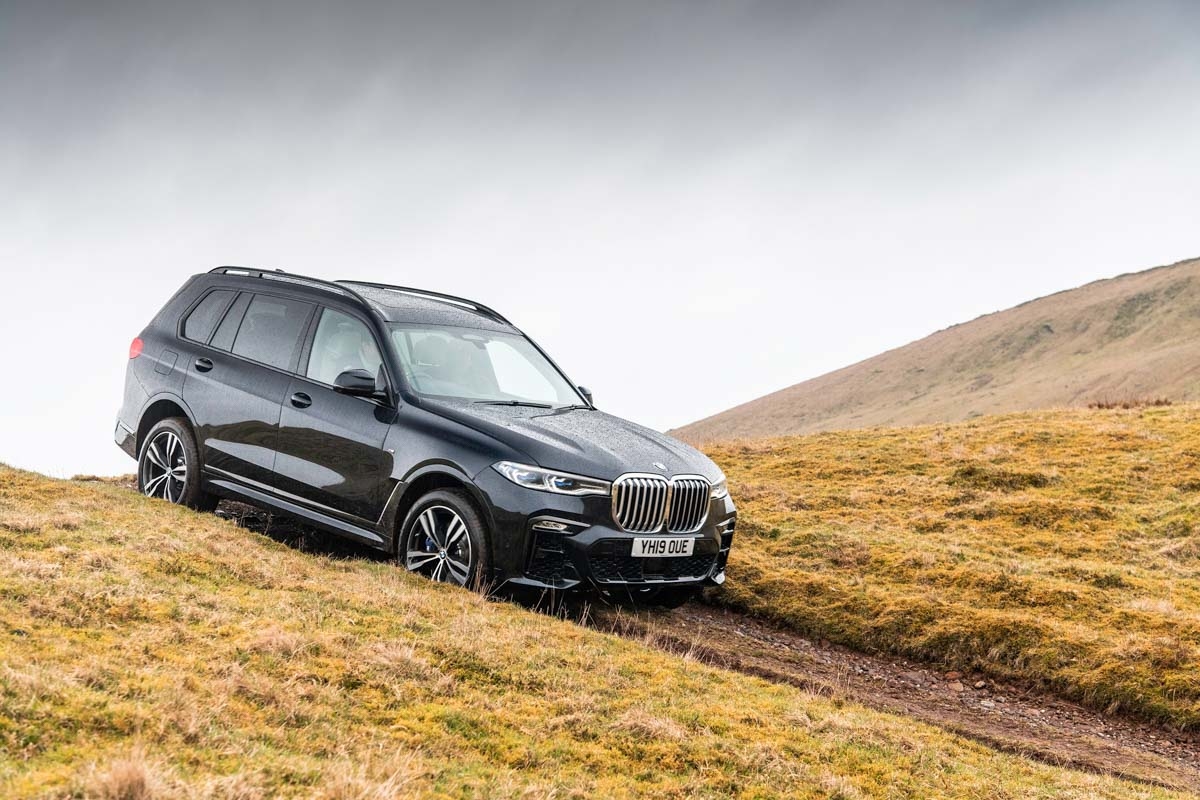 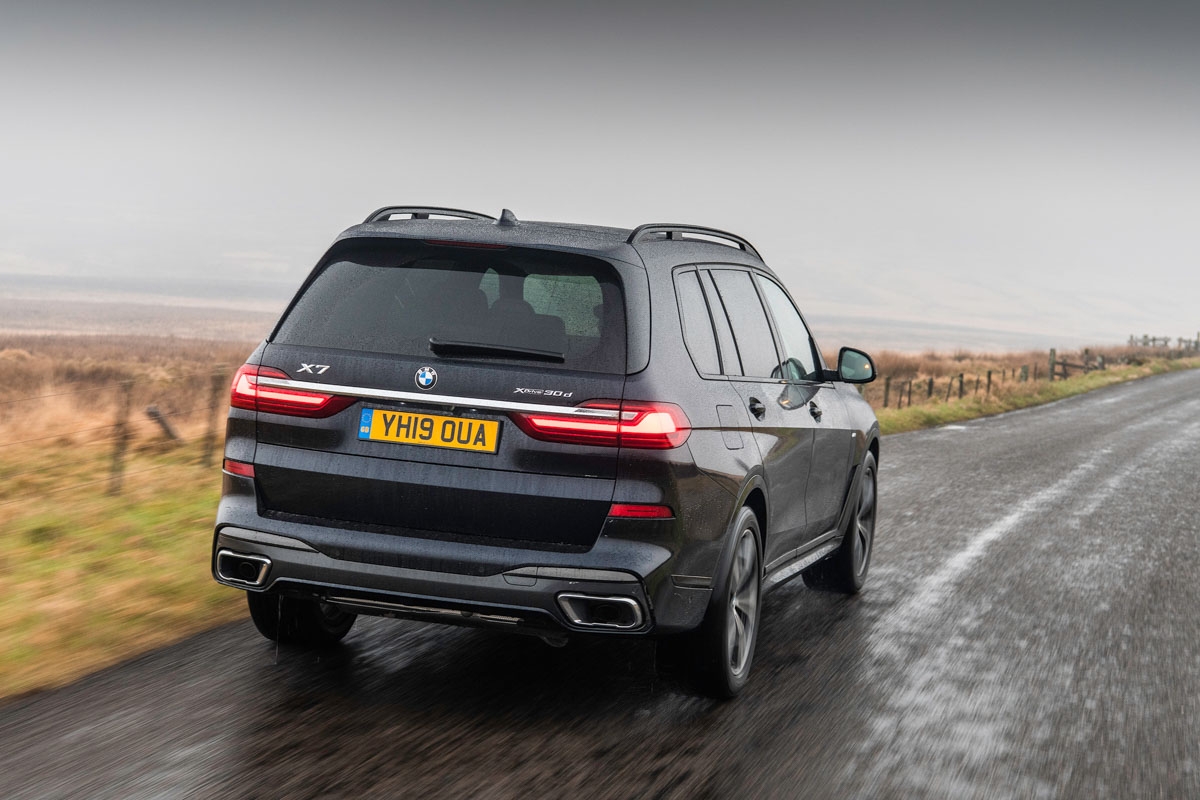 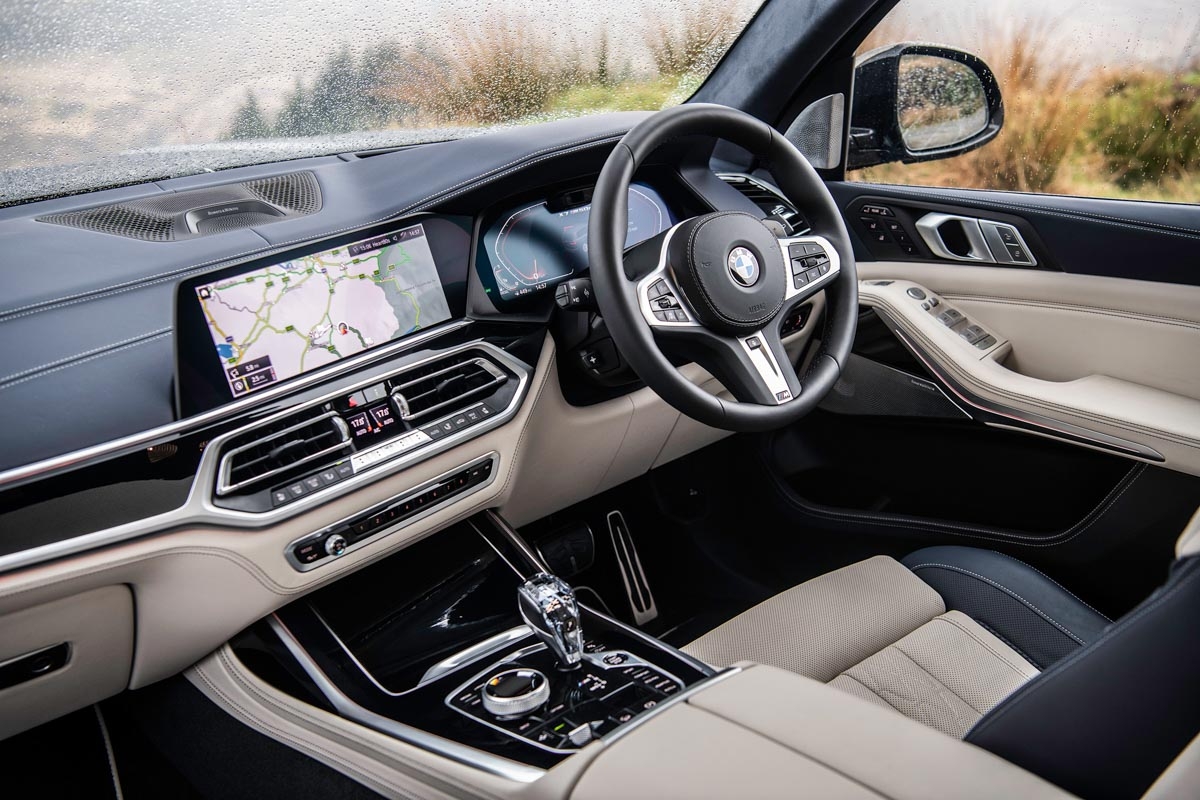 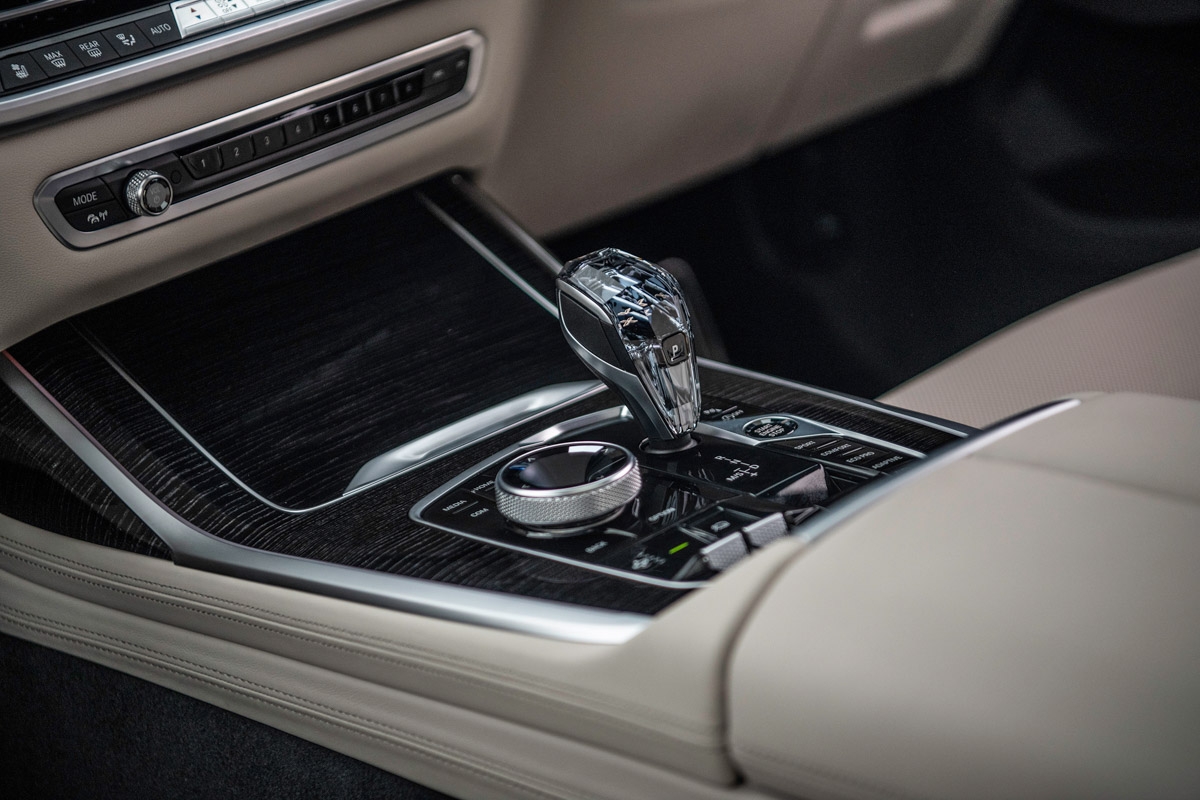 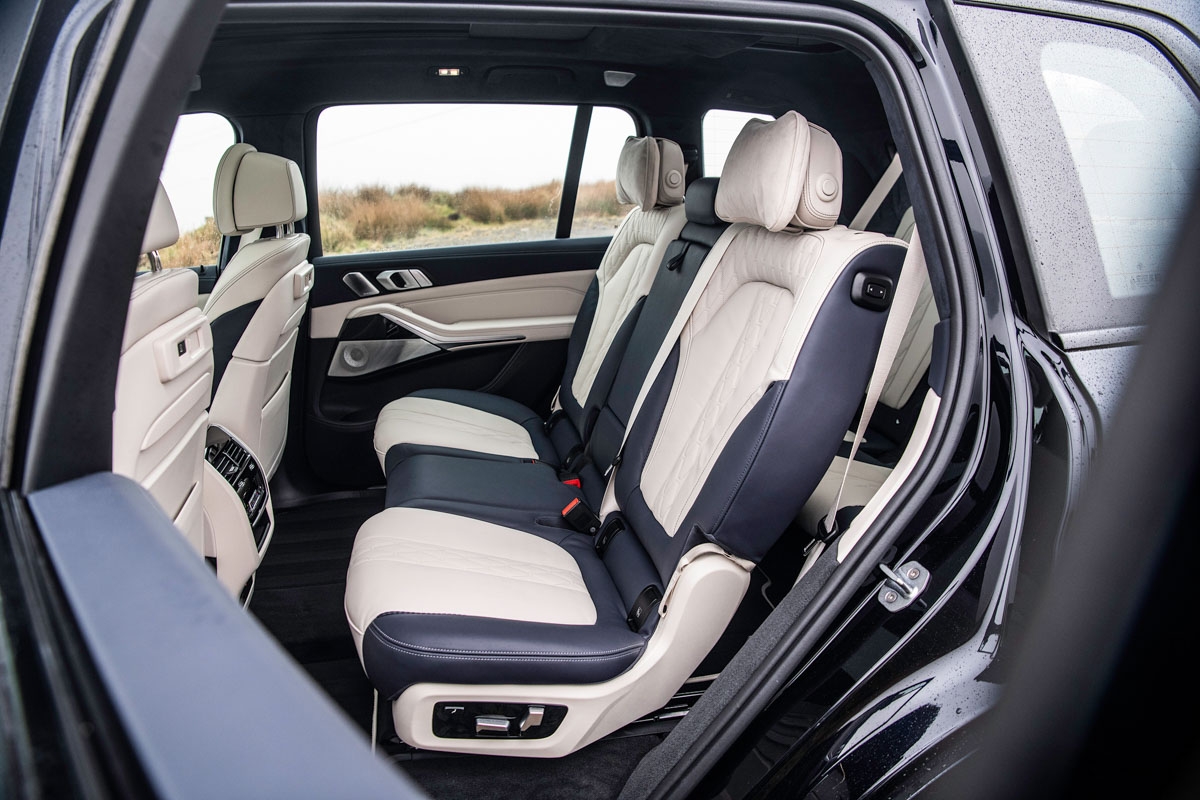 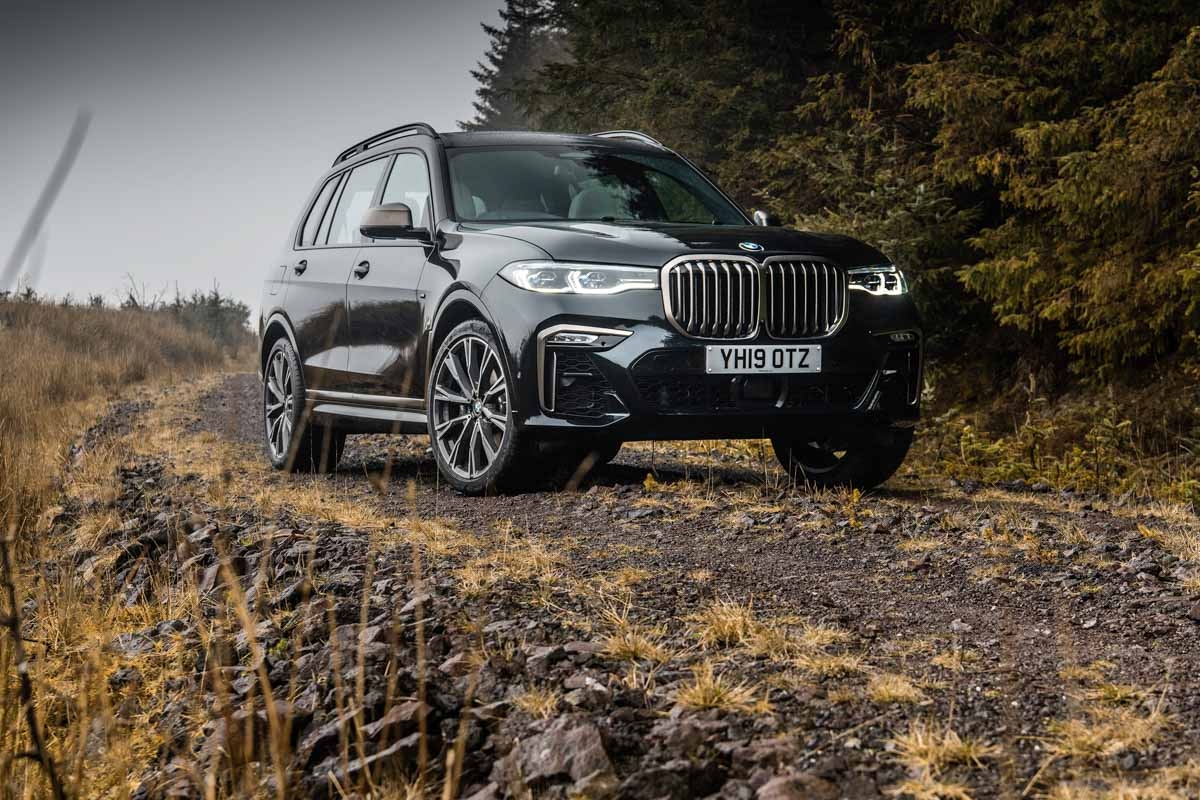 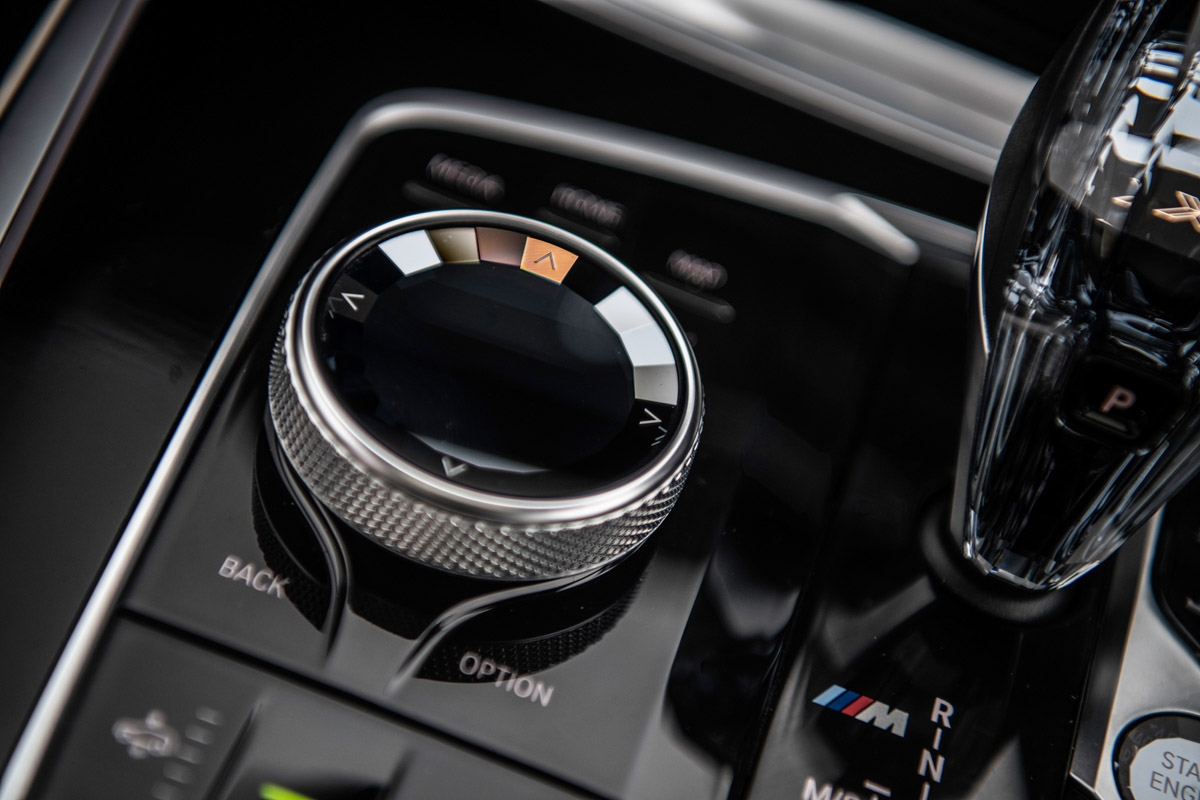 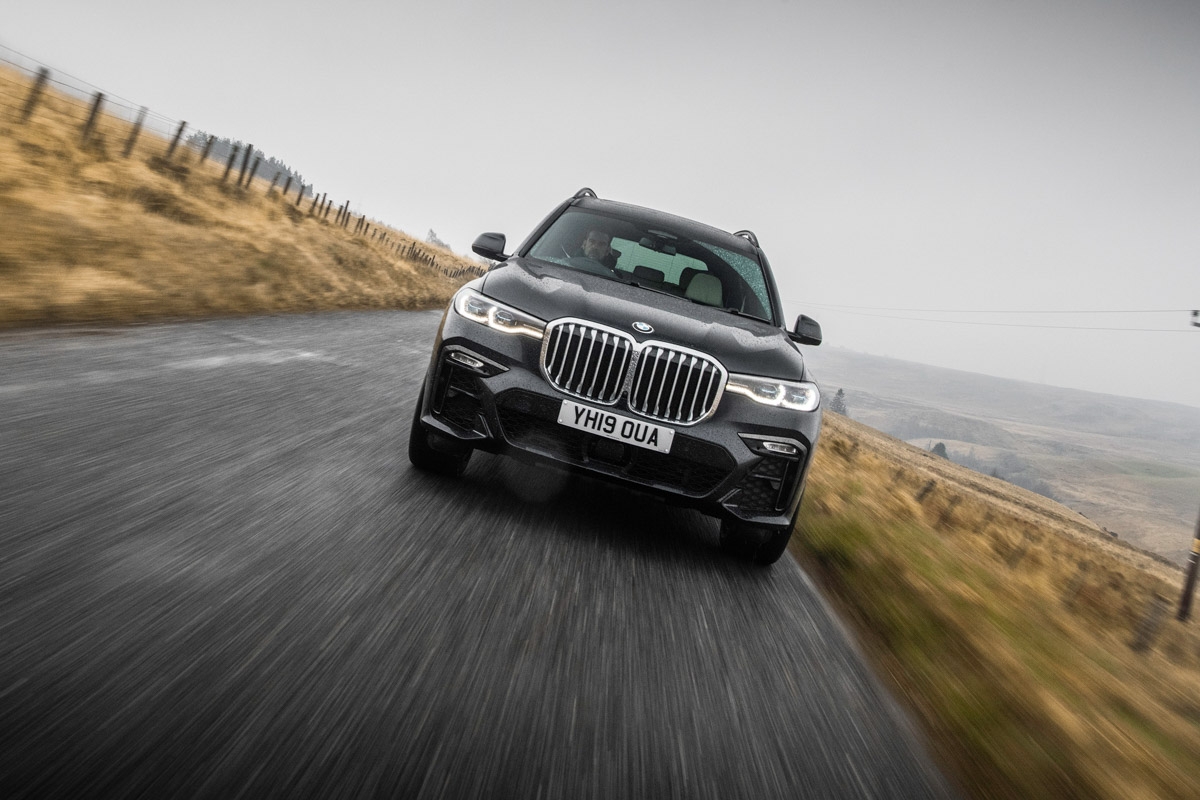 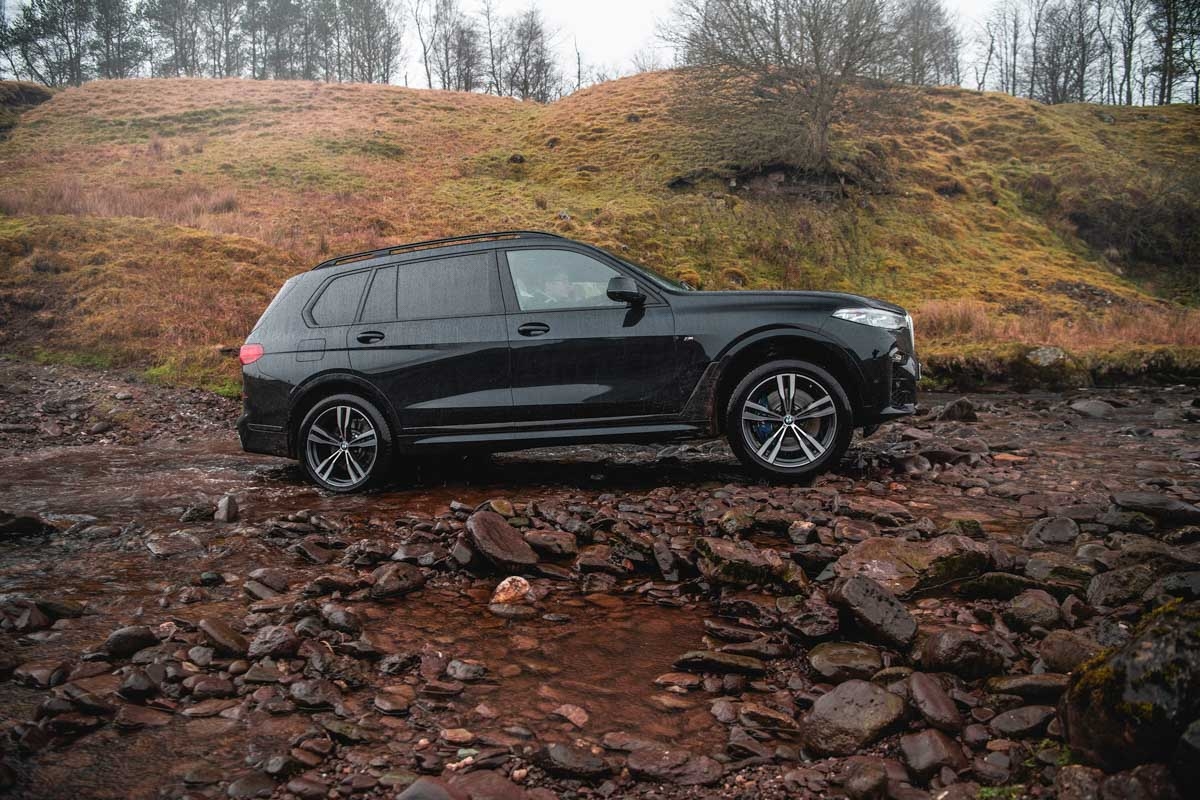 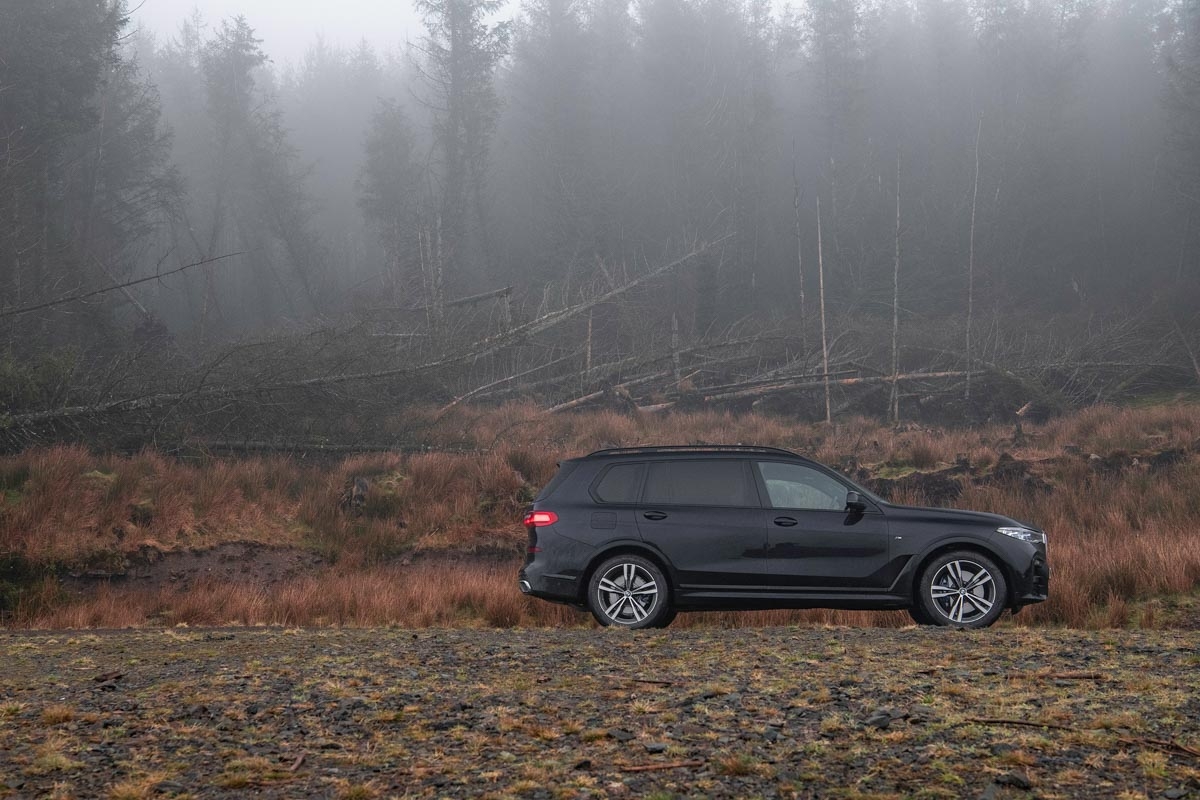 Still think BMW is a company that builds saloons and coupes? With the introduction of the X7, there are now as many SUV model lines in the range as anything else. It might not be the first choice of an enthusiast, but in truth people want to buy SUVs, and satisfying that demand makes good financial sense as well as swelling the kitty for more niche products.

The X7 is designed to take on large, high-luxury SUVs like the Range Rover and Mercedes-Benz GLE, mixing practicality and the ability to carry seven adults with upgraded materials and comfort features. The tape measure provides some clarity; the X7 has the greatest overall length and the longest wheelbase in the class bar the Range Rover LWB, and is wider than all sizes of the JLR offering, the Audi Q7 and the Mercedes-Benz GLE.

In specification the X7 starts at $94,260, rising to $96,870 for the xDrive40i and $113,950 for the M50d, with the xDrive30d M Sport likely to be the biggest seller at $97,475. Standard equipment is undoubtedly generous, with 21-inch alloy wheels, air suspension, electric heated seats all round and the high-specification infotainment system. Add the M Sport pack and you get different alloy wheels, the M Sport brake package, plus the exterior and interior flashes including the fatter steering wheel and token trim elements.

The Range Rover may be the key rival but it takes a different tack, focusing solely on luxury and comfort rather than any pretense at sportiness. It is arguably more discreet, relatively speaking, and has a better image as a result, but isn’t anything like as practical whether long-wheelbase or not.

Mercedes also has its massive GLS400d which counters the X7 with an even bigger interior, but also a more truck-like driving experience. It’s advantage instead lies under the bonnet, where its in-line six cylinder diesel outperforms BMW and Land Rover’s units.

With almost 2.4 tons to pull, even with plenty of aluminium in its it’s tempting to think that the most humble xDrive30d version of the X7 will be something of a sluggard, but the 3-litre diesel makes short work of the task. With 451lb ft of torque available from 2000rpm, the X7 is more than quick enough – 0-100kph is dispatched in 7.0sec, and whether you are in a hurry or just getting around, there is never any doubt a slug of torque is available with a small squeeze of the throttle. That the X7 is capable of 236kph just underlines the point, and although there are quicker versions to choose from, the X7 xDrive30d should not be dismissed as a compromise.

Compared to its key rivals, like the Mercedes-Benz GLS400d or the latest Range Rover D350 though, the X7 does feel a little behind the curve, lacking the ultimate refinement of the Range Rover or outstanding punch of the Mercedes. With a car-full of passengers on board, plus some luggage, this might well make all the difference on the inevitable ski trip to the French Alps.

If more grunt is required though, BMW’s quad-turbocharged M50d will do the job however, and while performance is appreciably more impressive, thanks to its complicated turbocharger layout response or linearity isn’t compromised.

The engine range comprises of two flavours of the six-cylinder B57 diesel engine; the single-turbo 261bhp version in the xDrive30d, and the four-turbo 394bhp offering for the M50d. At launch the sole petrol offering is the 340bhp B58 six-cylinder, all hooked up to the eight-speed automatic gearbox and four-wheel drive as standard.

The six-cylinder, 3-litre diesel is hardly new, having first appeared in the current-generation 7-series, but it continues to make a strong case as the best balance in terms of cost, performance and fuel consumption. It is quiet and refined at low revs or when cruising, fading into the background amongst other low-level noises, but when pressed it provides a pleasing multi-cylinder chorus that is not dissimilar to that of the petrol version. Unobtrusive when required but engaging when you want it, the xDrive30d delivers the required performance to compete with key rivals in the sector.

The petrols are typically less suited to the X7’s bulk, not to mention significantly more thirsty, however the 523bhp M50i’s twin-turbo V8 is shared with the unit found in other M50i models in the range, and feels good for more than its quoted 523bhp, even if it has nearly 2.5-tons to cart around.

Unlike the X5, all versions of the X7 are fitted with air suspension as standard, with double wishbones at the front and a multi-link arrangement at the rear. Tied the usual drive select options, the X7 automatically lowers itself by 20mm above 138kph or with Sport mode engaged, can lower itself a further 20mm for loading and can raise by 40mm over standard for venturing off-road.

The additional flexibility of the air suspension is welcome, even if it does result in a slight compromise for body control. It rides with a good deal of composure and comfort, even when on the 21-inch wheels fitted to M Sport models, filtering out all but the largest of potholes from the cabin. However, you are always aware that there is a lot of mass at work, with the occasional pitch from front to rear as the suspension works to manage the weight, but the same applies to its rivals too.

Where the X7 does surprise is that it is still game enough to be hustled along, even if your passengers might not appreciate it. Allowing for masses at work, it turns in with surprising keenness, and once it has settled onto the outside wheels it can scoot through with vim that is worthy of the badge. Even in Sport mode, with the suspension running a lower and stiffer setting, it still rides well. It won’t convince you it’s a sports car, but it does manage to help you forget it is almost 230mm longer than an X5.

BMW quotes figure of 8.6-8.4 L/100km for the xDrive30d, and that tallies with the real-world experience during our test. Urban running doesn’t allow the X7 to really get into its stride and make the most of the tall eighth ratio, even though there is generous torque, but a steady cruise gives more opportunity to eke out the miles.

The optional Active Cruise Control has more finesse than some systems and will avoid heavy braking and acceleration unless absolutely necessary, helping to boost the range of approximately 772 kilometers on a long motorway journey. M Performance models are typically thirstier, with the M50d generally floating around 10.9-10.1L/100km on in mixed driving, while the M50i will struggle to keep to the right side of 14.1L/100km in anything other than gentle motorway driving.

Other running costs associated are also bound to be steep, with huge wheel and tyre sizes both in diameter and widths, while other consumables like brake discs and pads will also take a hammering. Are you sure you really need those two extra seats?

Given its status near the top of the BMW it is no surprise to find the X7 benefits from all the latest generation tech whether standard or and aims to satisfy the whims of those who want to spend upwards of $98,000 on an SUV.

The seven-seat arrangement splits the middle bench 60/40, with full electric operation to fold flat or slide and tilt to allow access to the third row. Press a button and within ten seconds the middle row tips forward, although access to the back still requires some agility. Once there, second-row occupants can still slide and recline their seats electrically, all rows come with heated seats and you can add massage and ventilation to the first and second rows if you choose the two-seat layout.

Up front there is BMW’s latest-generation operating system with the 12.3-inch touchscreen that can also be operated via iDrive, the BMW Personal Assistant that does a convincing impression of Siri, and the digital key option, which allows you to lock and unlock the car via a compatible smartphone. However you control the system, it operates with an assured smoothness and even fiddly sub-settings can be found quickly. The navigation is clear and quick to re-route on the basis of traffic updates, and the mid-spec optional Harman/Kardon audio system is powerful and clear.

Where the X7 might win or lose fans is in the exterior look, which turns up the visual impact of the nose to the max without following up elsewhere. Those outsize kidney grilles are broadly in proportion with the rest of the car, but seen square-on it’s hard not to see it as a step too far. The rest of the design mixes the odd 7-series cue with less edginess than the X5, but it does well to hide its sheer size to a degree.

Inside, the X7 gets the second-highest-quality leather and can be given an optional shot of bling with glass surrounds for the gear selector, start-stop button and the iDrive controller, which are definitely a matter of individual taste. It can’t match the outright assured discretion of a Range Rover, but the quality matches the price tag.