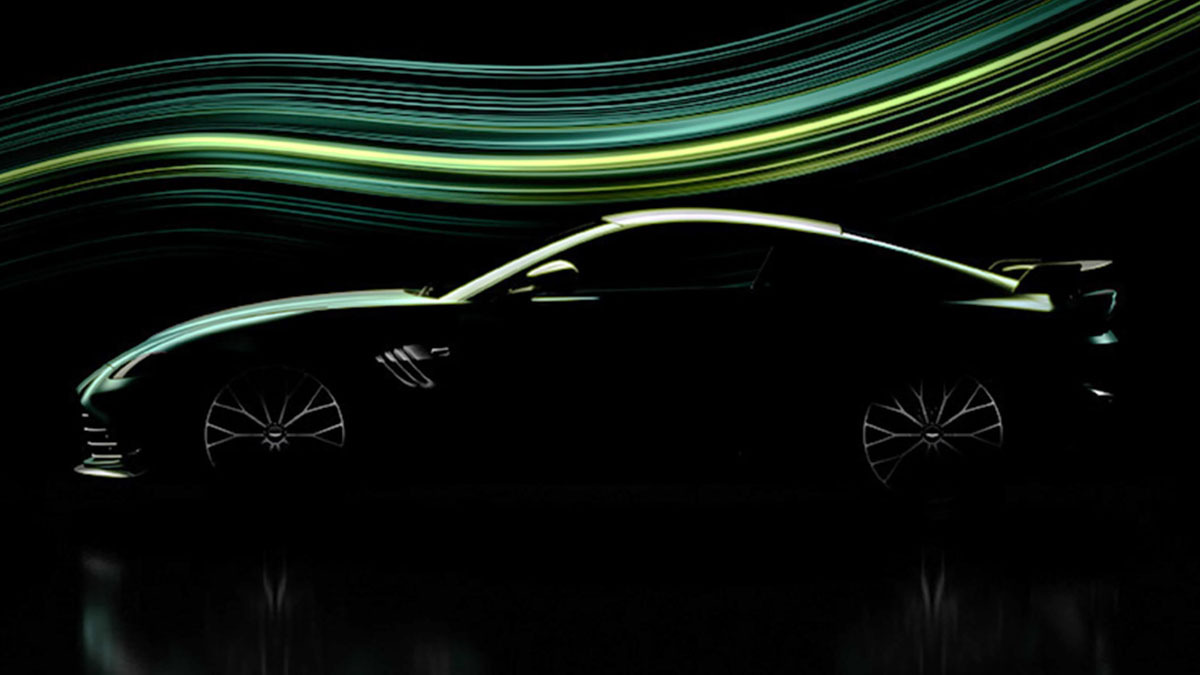 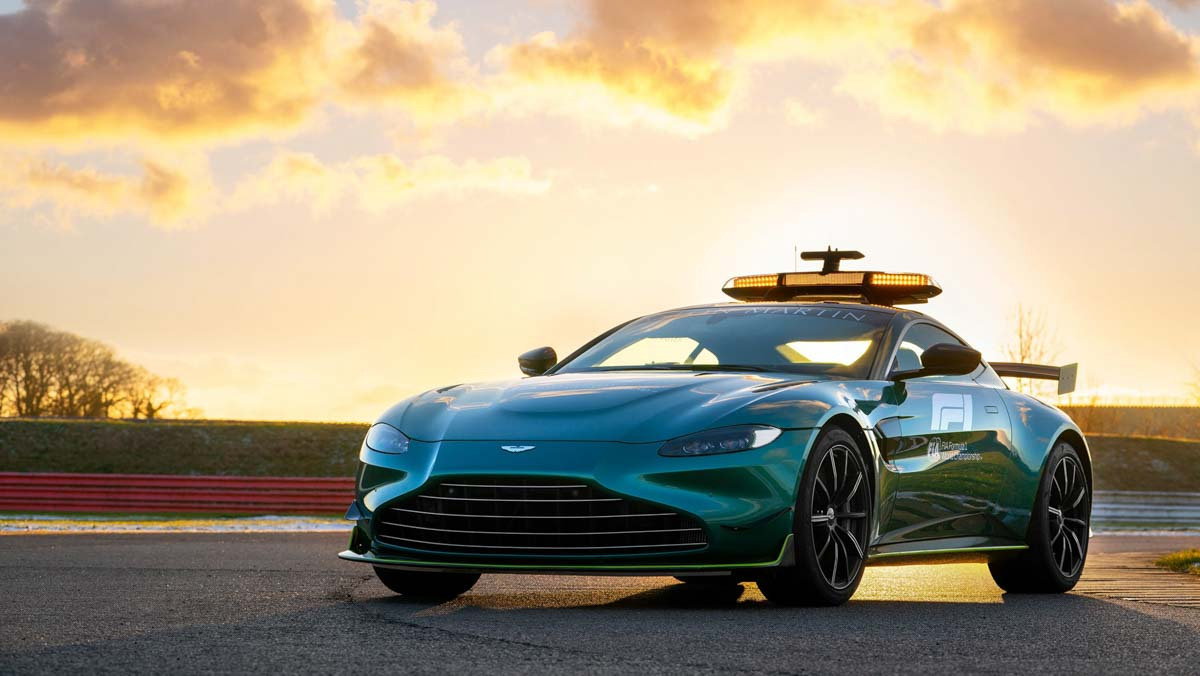 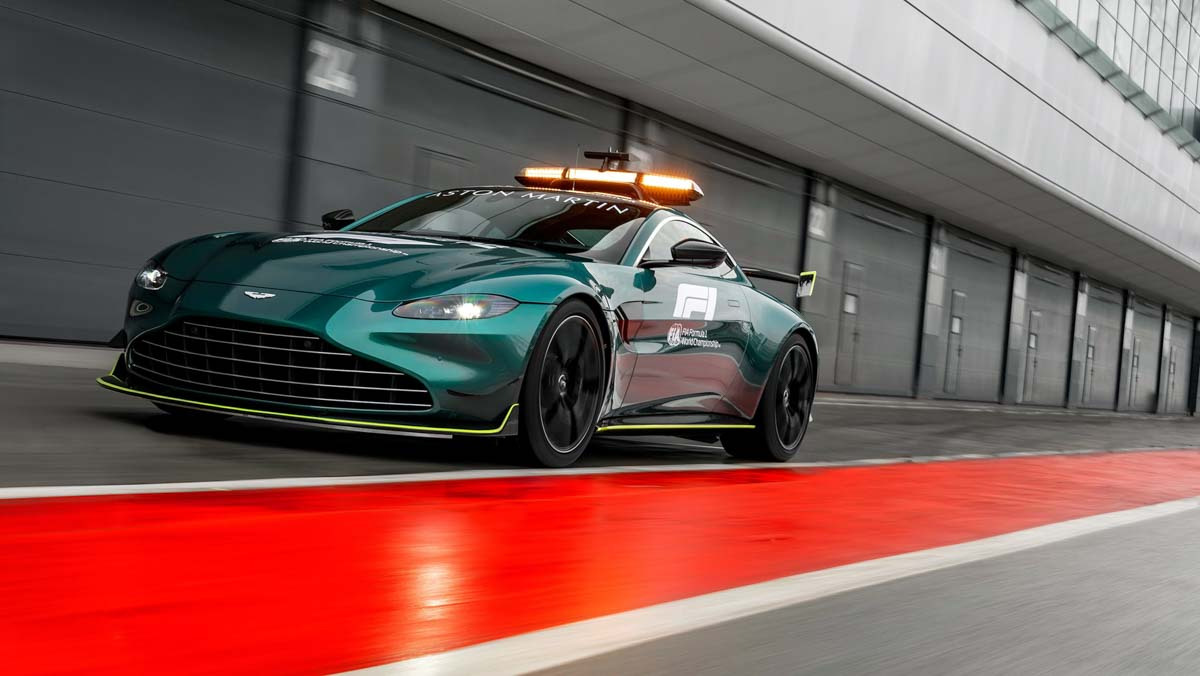 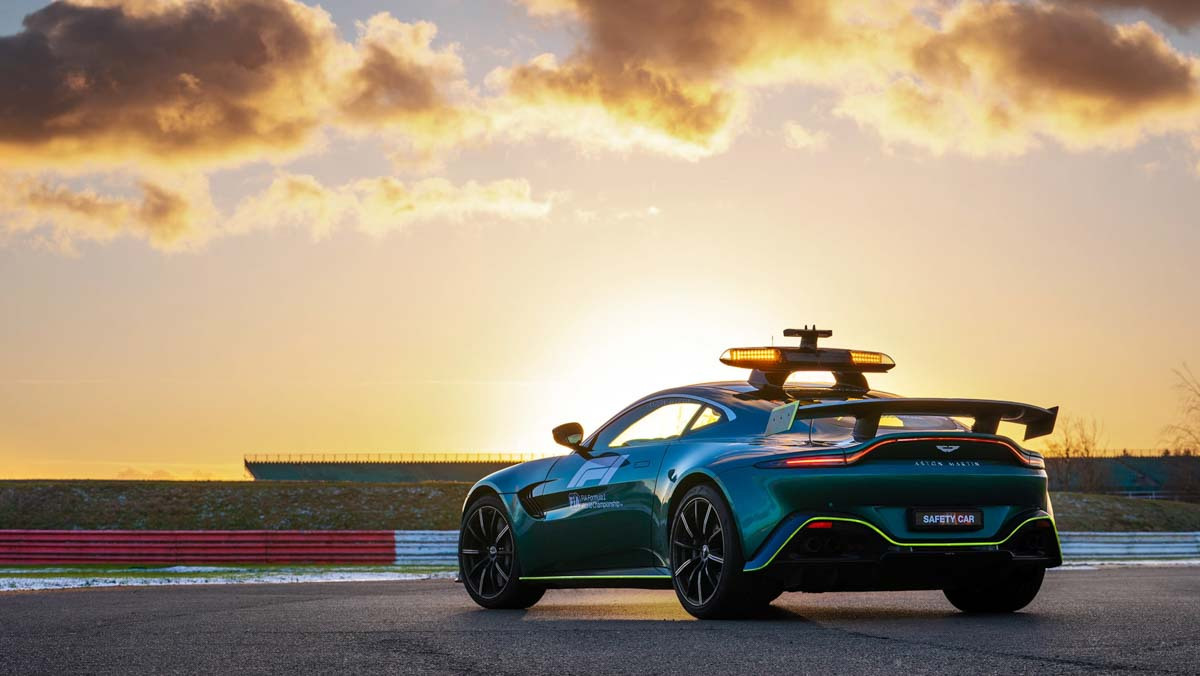 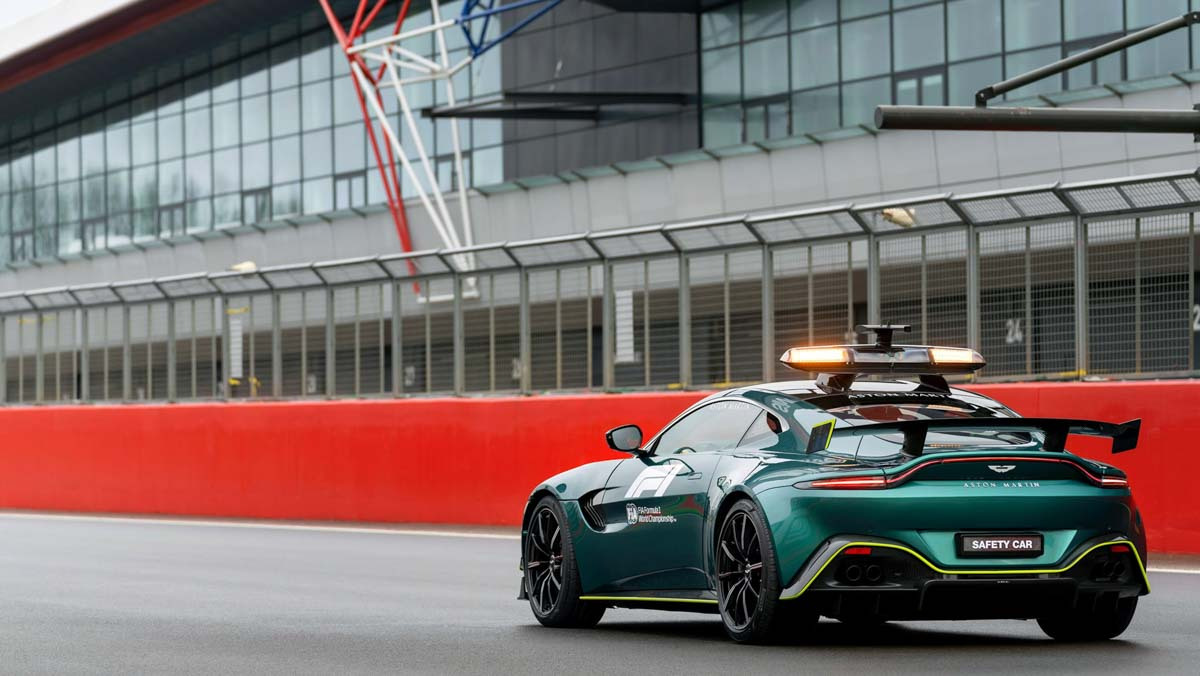 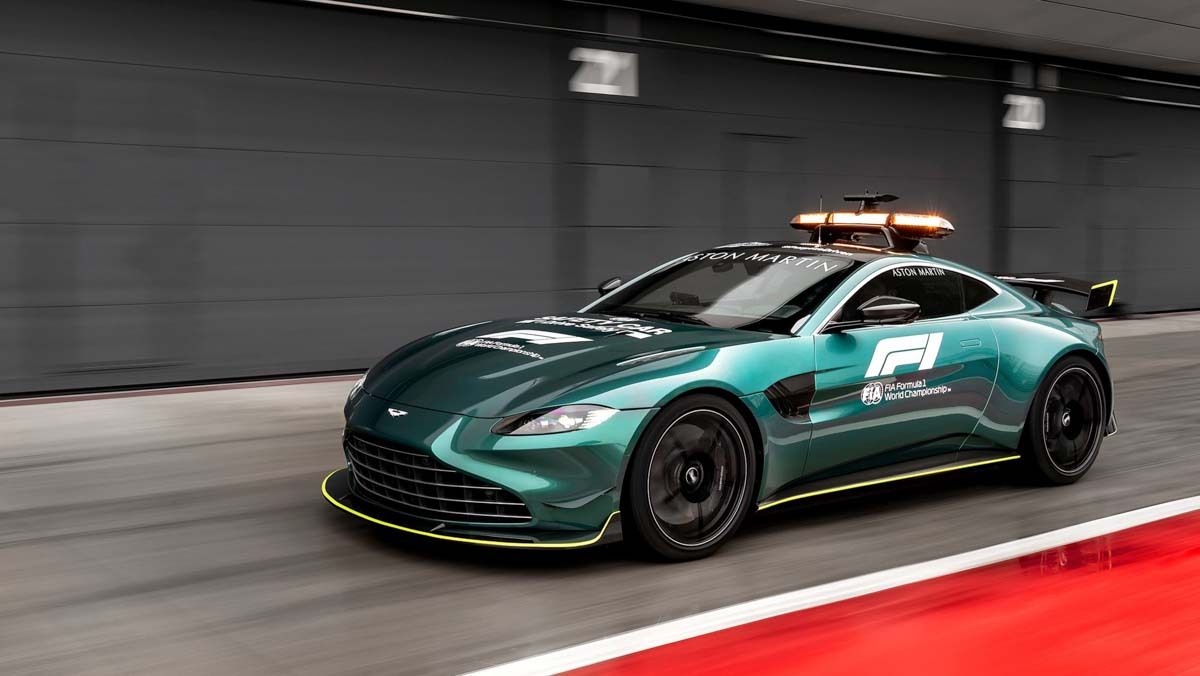 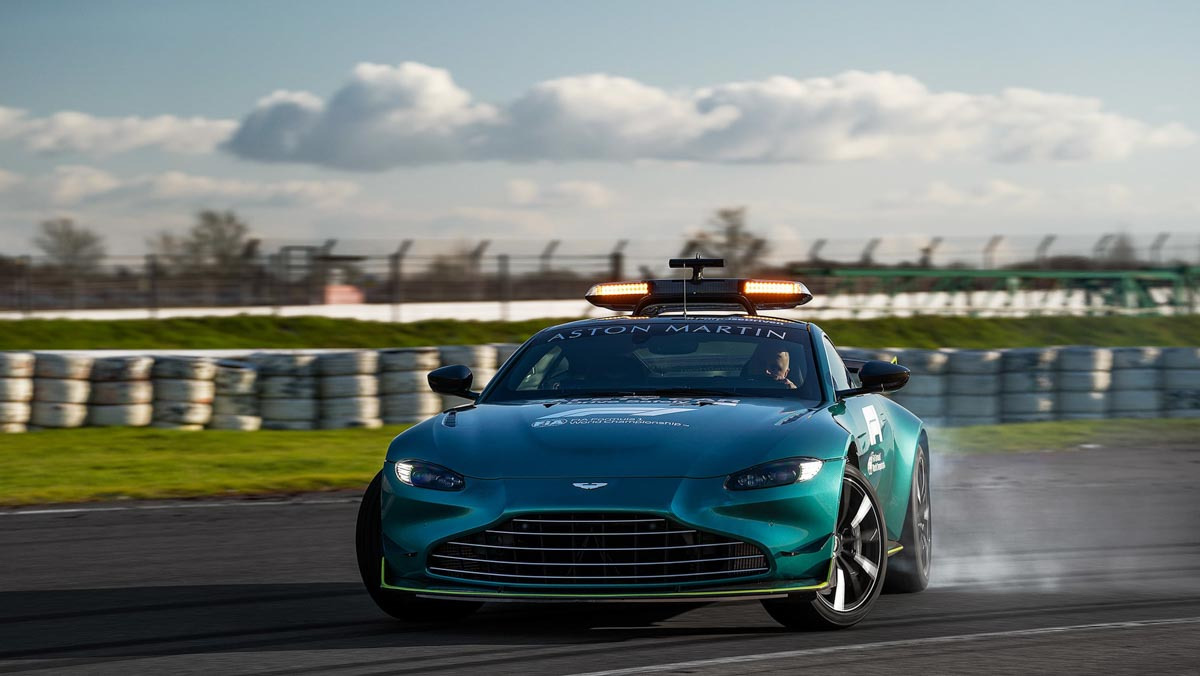 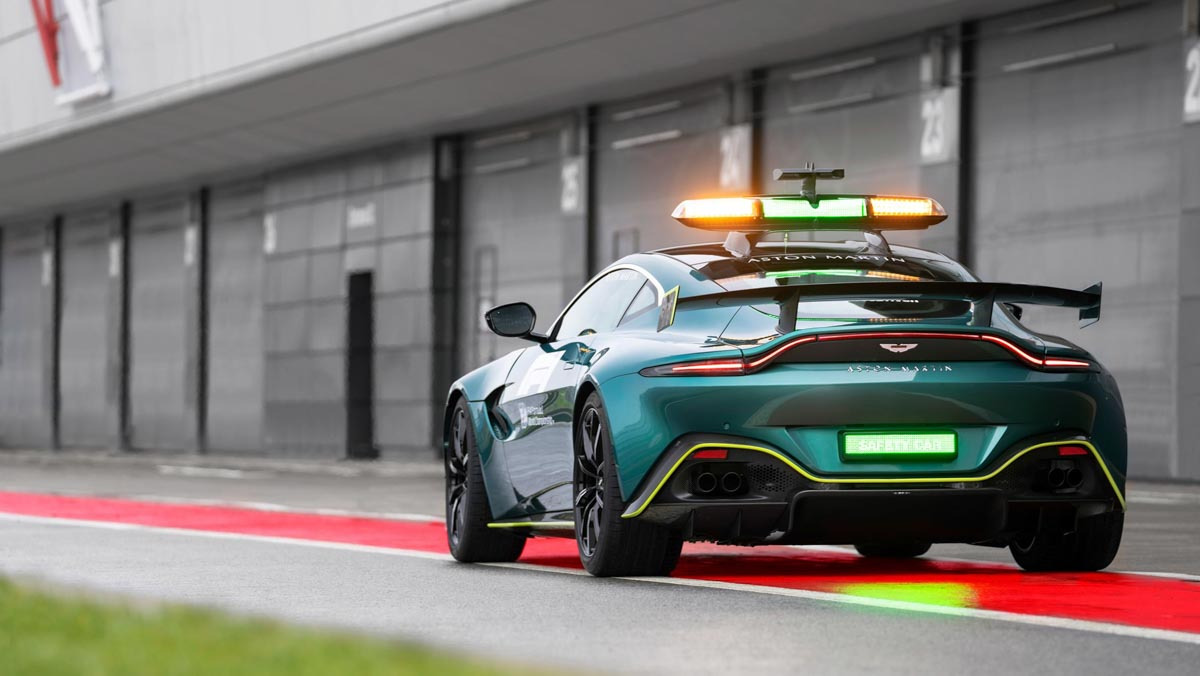 Aston Martin has teased a new variant of its Vantage coupe which will take inspiration from its 2021 F1 safety car. The reveal coincides with Aston Martin’s new F1 team take over, and is the first direct correlation between it and a production model available to the public.

While Aston Martin has not given much away in this teaser, we can clearly see the new Vantage model will feature the same carbonfibre appendages first seen on the F1 safety car, including a stacked rear wing, front splitter and vaned carbon insert behind the front wheel arch. Peeking out from the dark are a set of new wheels, too.

Aston Martin has decided to design these new aesthetic elements around the new vaned grille that was introduced alongside the Vantage Roadster last year. This option of two very distinct faces is unusual in the sports car marketplace as a general rule, so it’s interesting to see it as a preferred basis of this track-oriented model.

The Aston Martin Racing Green colour scheme is also in reference to Formula 1, with both the safety car and the F1 racer itself sharing the same hue and lime green highlights.

We expect the twin-turbocharged V8 powertrain to gain a subtle bump from its current 503bhp rating, as well as a spread of chassis tweaks, but we’ll have to wait until its official reveal on Monday to find out more solid details.

This is also due to be just the first of many new variants in Aston Martin’s range moving forward in the short-to-mid term. New Aston CEO Tobias Moers has already confirmed an expansion of all its current model lines, including the new DBX SUV, to help increase sales of its current model lineup before its next generation of sports cars arrive in a few years.

With new financial investment, a new management structure, an aggressive future product plan and its intensive connection to Formula 1, Aston Martin’s future is looking more resilient than it has in a long time.

Previous ArticleNew Porsche Cayman to be electric? The 718’s next steps
Next Article BMW X7 review – is BMW’s biggest SUV worth the extra over an X5?