In many ways critically flawed, but there is something oddly captivating about its unerring focus 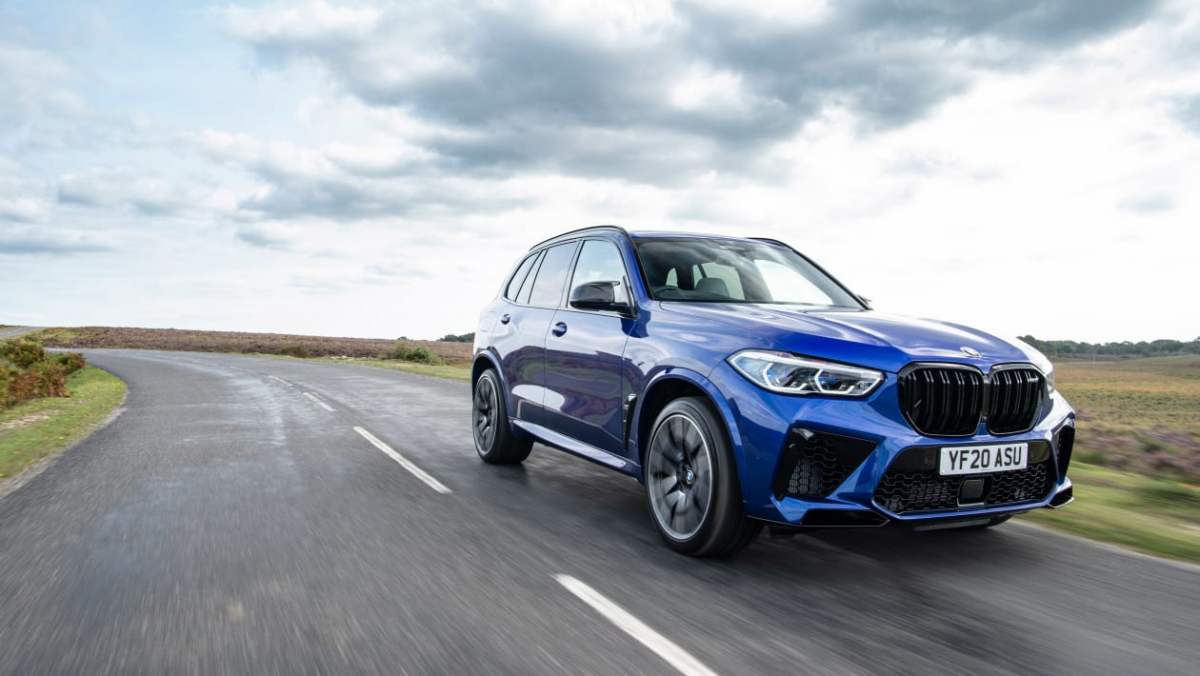 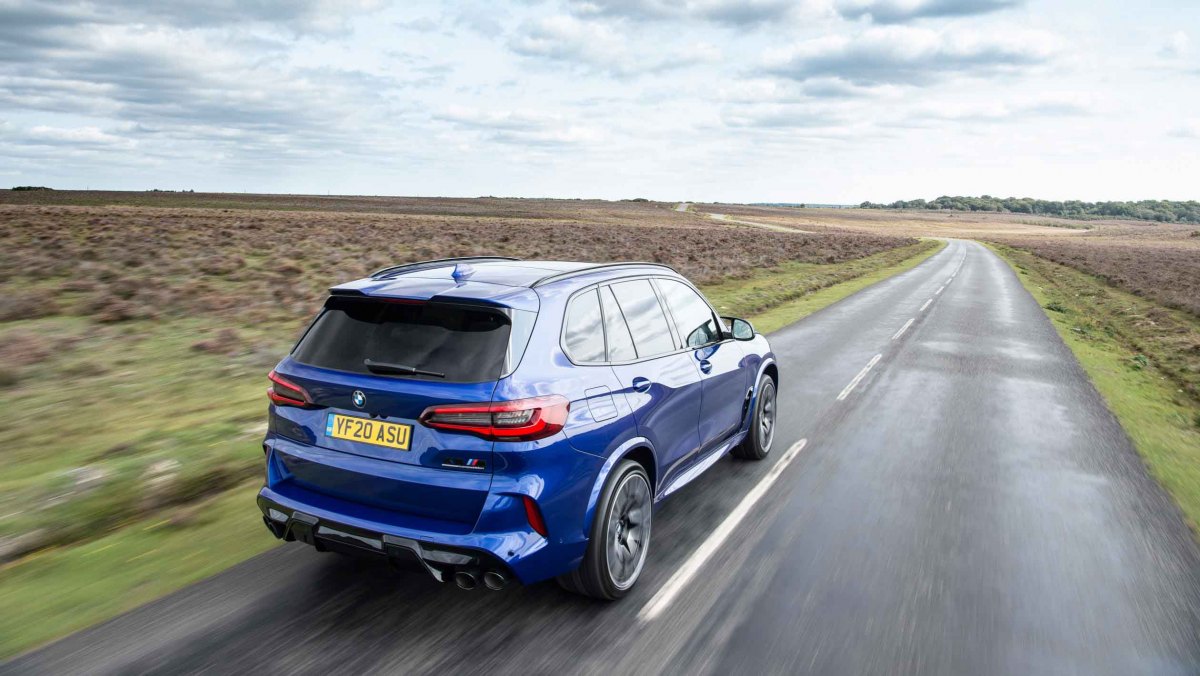 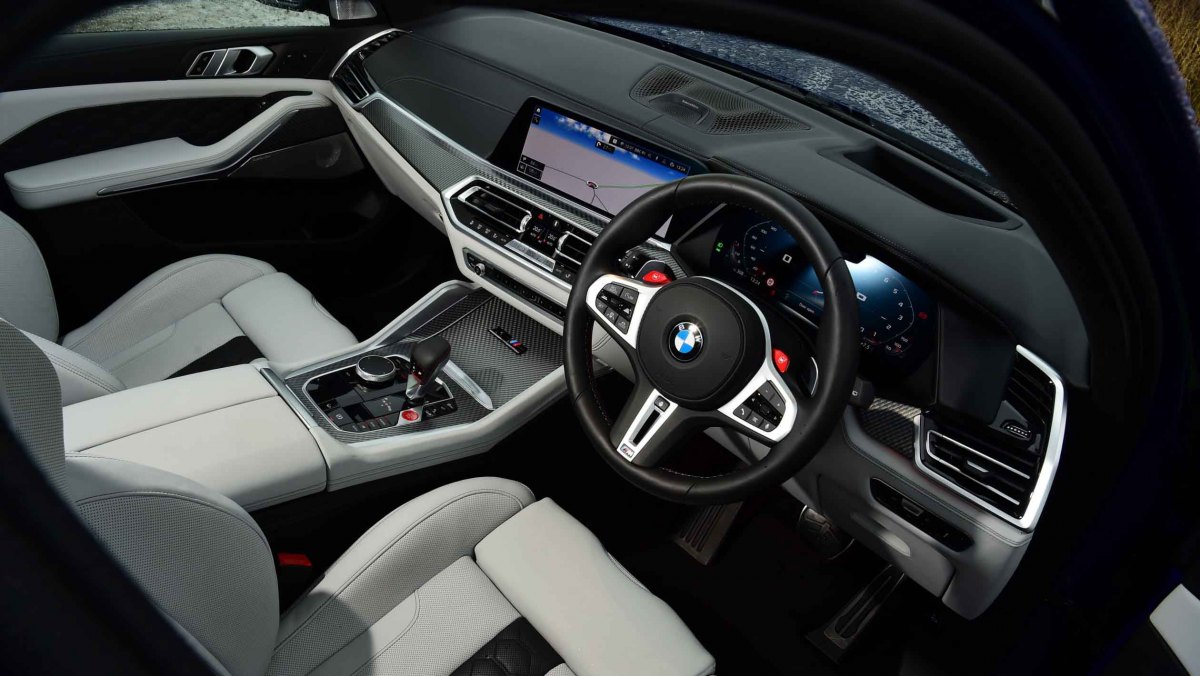 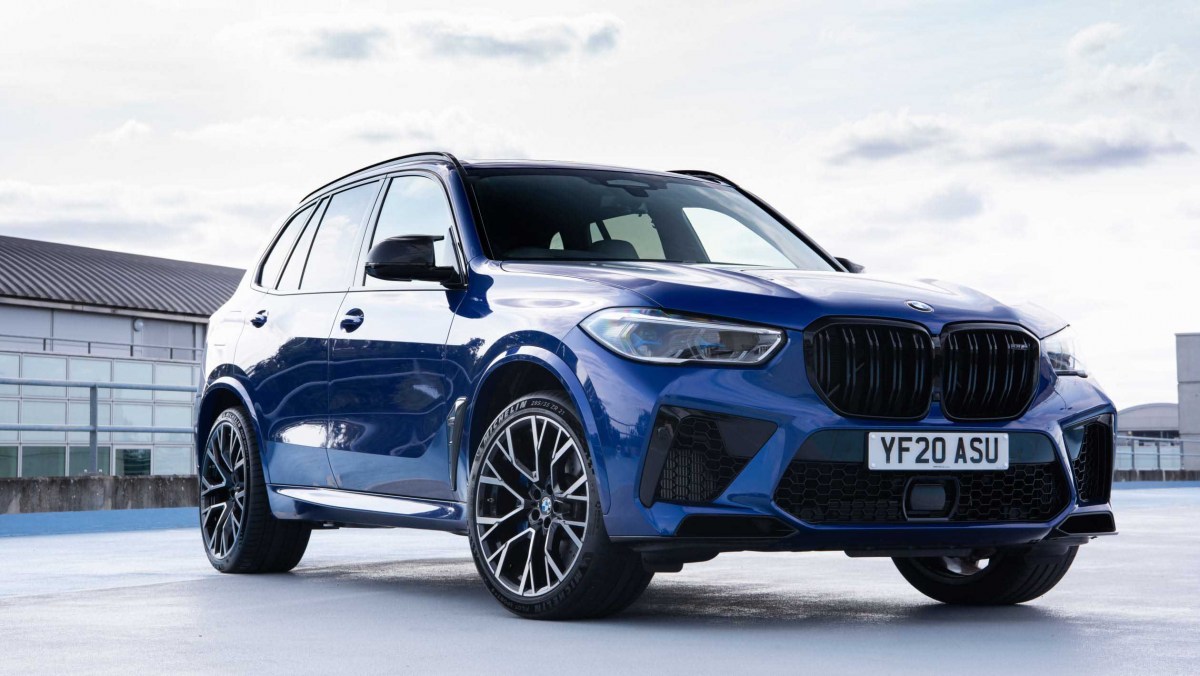 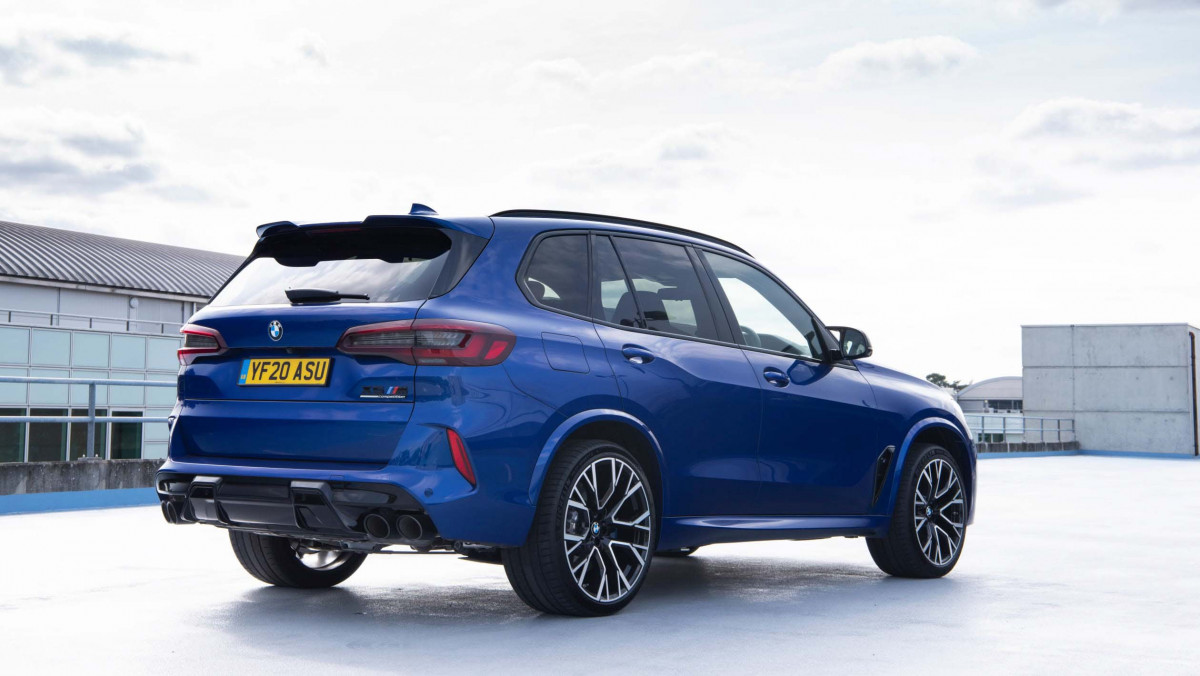 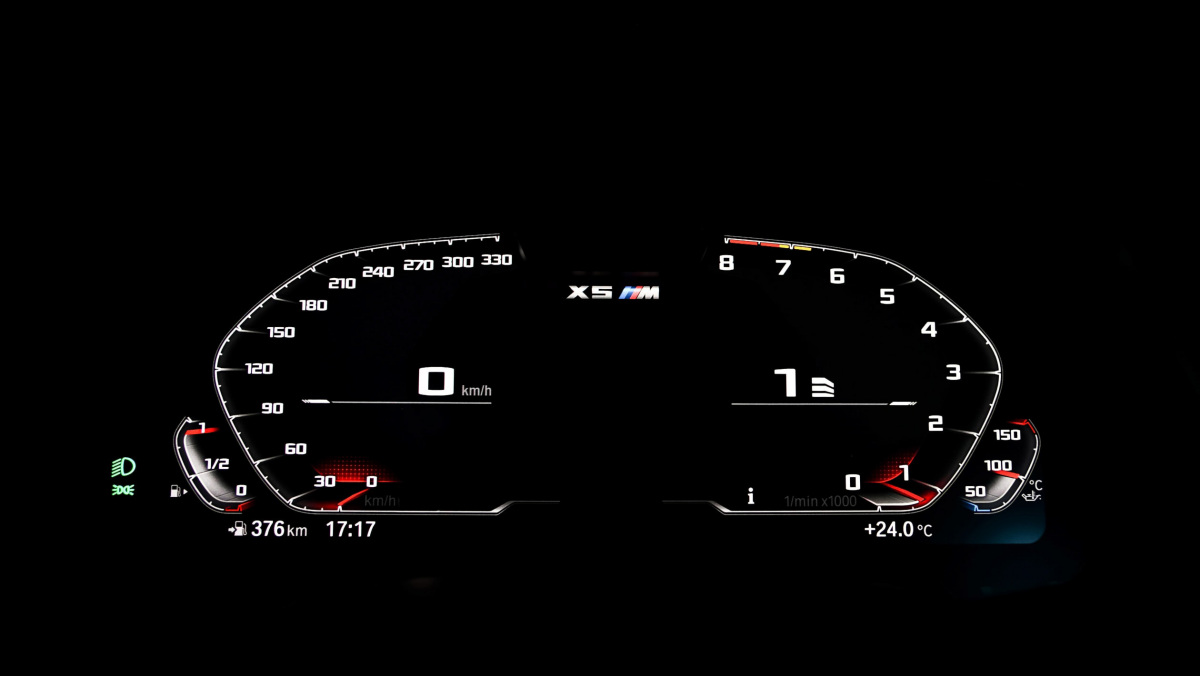 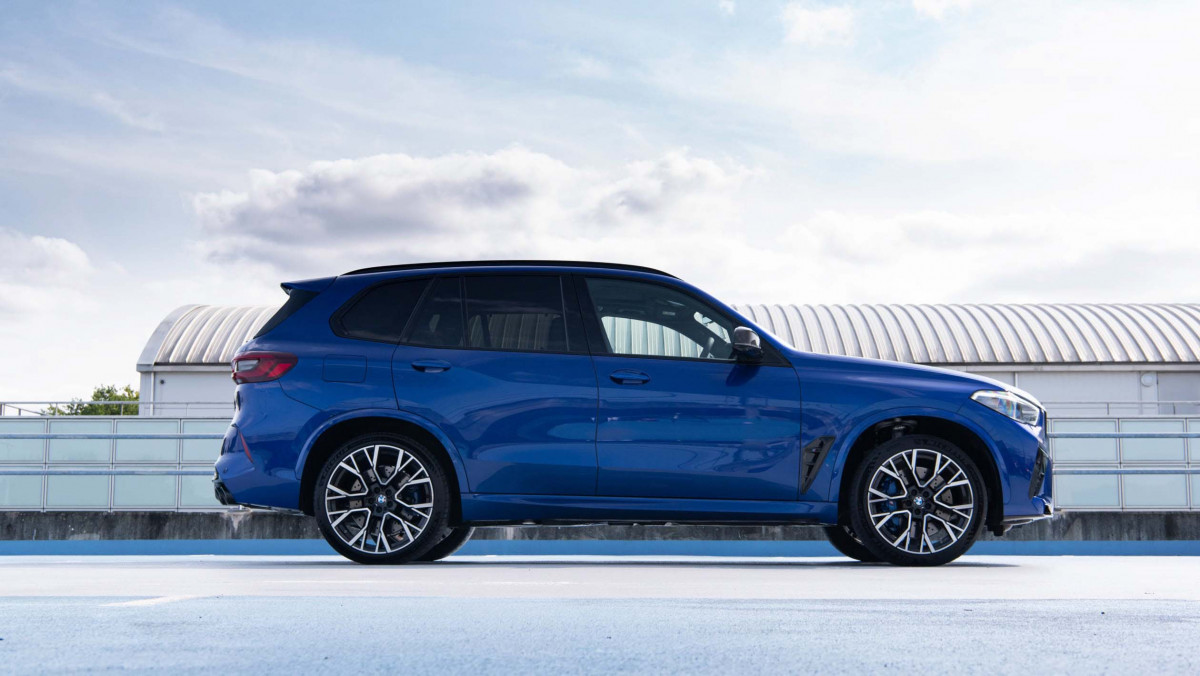 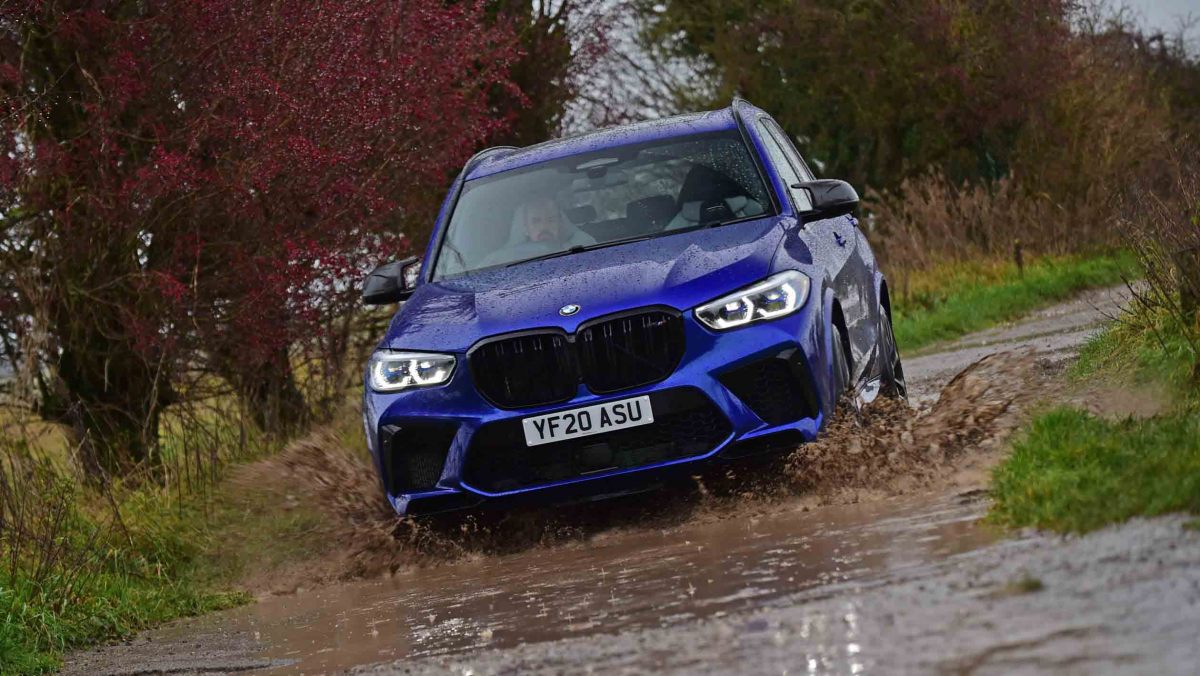 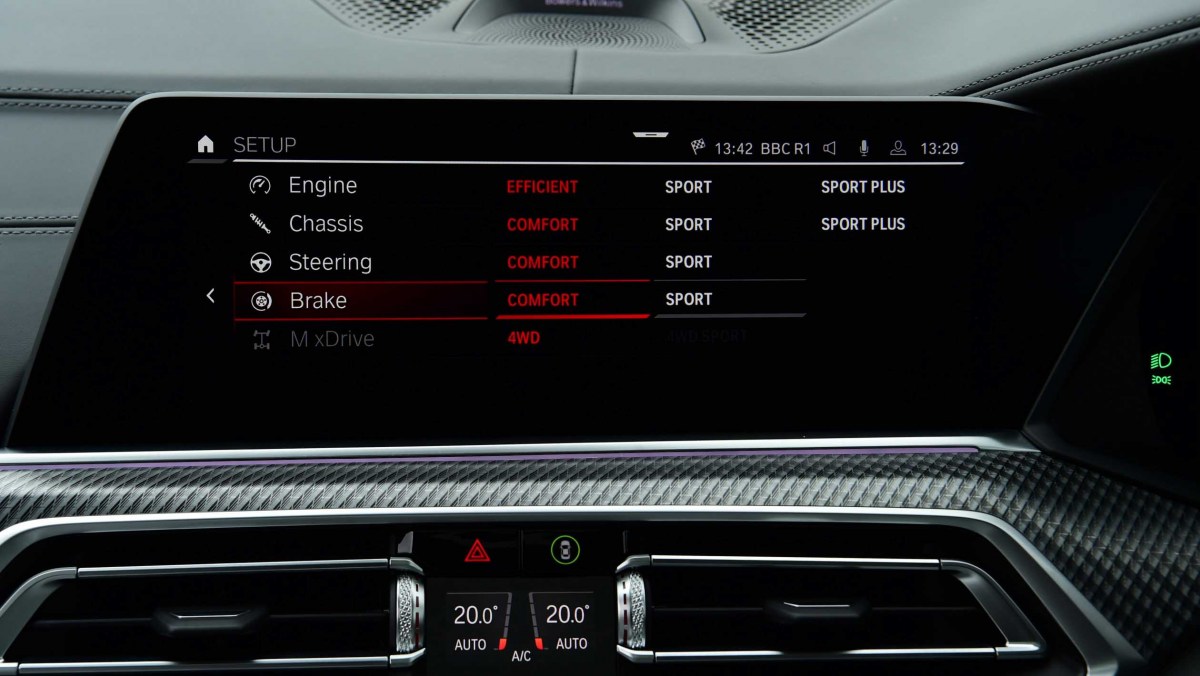 Objectivity is crucial in this job. And in many objective ways the BMW X5 M Competition is, putting it simply, a bad car. Compared to rivals, none of which are honestly sensible, it might just be the worst of them all.

And yet the X5 M is a fascinating creature, so singularly focussed on performance driving that its function as a family car is completely compromised. But because of this it has an ability to do things unthinkable of a car so big and heavy, and does it so unapologetically that you almost admire the bravado of BMW’s engineers for signing off such a thing.

The X5 M Competition’s powertrain is one we’ve seen before, featuring the S63 twin-turbocharged 4.4-litre V8 with a hot-V layout. It utilises BMW’s Valvetronic and Double Vanos systems for its timing and intake, while the dual water-to-air charge coolers and a baffled sump help keep the engine cool and lubricated.

It’s connected to an eight-speed ZF automatic gearbox, sending power to all four wheels via BMW’s xDrive system and an Adaptive M locking rear differential. The X5 does without the M5’s rear-wheel drive mode, but it does have a similar progressive steering rack.

Peak power is rated at 616bhp at 6000rpm, with 553lb ft of torque coursing its way through the drivetrain from just 1800rpm. Acceleration times are impressive, reaching 100kph in 3.8sec. That’s 0.4sec behind a similarly powered M5 Competition, but hardly surprising given the extra mass involved. Top speed is limited to 250kph, unless you tick the Ultimate Pack option, which will raise this to 305kph.

When you reach this level of performance SUV there could almost be a mechanical rulebook to follow, but part of the reason this X5 M Competition feels different to its, er, competition is explained by the key differences it has to them under the skin.

The X5 M Competition runs on steel coil springs and adaptive dampers, not the more common air springs, and the steering is only derived from the front axle – there’s no rear-steer here. Neither are there any mild-hybrid systems, active anti-roll bars or carbon-ceramic brakes.

Instead its hardware is closely drawn from the M5, highlighted by elements like the Adaptive M rear differential which will aggressively lock or vector power between the rear wheels, rather than send it up front under hard acceleration. The front suspension, like on all X5s, is double wishbone, not MacPherson strut, and comes with bespoke forged wishbones. There’s X5 M-specific bracing above and below the engine, and around the rear subframes too, all of which torsionally stiffens up the chassis, hence allowing the engineers to go to town with high spring rates – and that they have.

Jump into the sumptuous interior of this $157,000 SUV and you’ll note straight away that it rides a lot like a Ford Fiesta ST. It’s extremely firm, even in its most undemanding damper mode, yet while generally uncomfortable the X5 M doesn’t crash into intrusions, evidence that there’s plenty of inherent stiffness in the suspension arms and wheel hubs.

The V8 is typically immense (if lacking the accelerative aggression of an M5), but suffers the same anodyne exhaust note and irritating acoustics from the speakers. The transmission is well calibrated, and changes the short ratios swiftly and with little drama.

The steering, meanwhile, is resolutely dead. Its ratio is quick, very quick for an SUV in fact, and because of the quite extreme camber on the front wheels, will aggressively follows ruts and undulations in the road surface, making it a constant battle to keep the X5 M on the straight-ahead. That’s to be expected in say, a Fiesta ST, but this is a 2350kg family SUV.

And yet, these obvious driveability compromises yield quite dramatic results when the mood takes you, as the X5 M almost feels like a BMW M5 to drive, only with a 300kg roof box on top. Turn-in is very impressive for something so big, tucking into bends with all the alacrity of what many would consider good in a sports saloon. Midway through the corner, its size and weight does show through, but get back on the power and the all-wheel-drive system will gather all that momentum up and make it stick, sometimes with a wiggle from the rear axle, reminding you just how much grunt is being sent back there.

In fact, stick it into 4WD Sport mode, turn the traction control to its M Dynamic setting and the X5 M turns into quite a hooligan, apportioning what feels like 90 per cent of the power to the rear differential, which is more than happy to lock up and send you sideways, especially if the surface isn’t bone dry. The amazing bit is that it doesn’t feel scrabbly or unpredictable, instead it’s perfectly manageable – almost like a giant Nissan GT-R. It’s superb fun, and brakes willing, is one of the few SUVs that can genuinely make you chuckle. Yet the X5 M only works when being driven at an unsociable pace.

By comparison an Audi RSQ8 can feel out of its depth when pushed, a Cayenne Turbo numb and uncomfortable due to its many chassis stabilisation systems, but the X5 M feels sharper, harder and more focussed. The problem is that it doesn’t really do the ‘family car’ thing very well, and when you’re in an SUV, the compromise in pursuit of this sort of engagement is one that’s just too hard to swallow.

As with all BMW M products in the region, the X5 M is only available in range-topping Competition form. Prices start at $157,471, and for this it comes with a decent, if not all-encompassing, amount of equipment as standard. Of crucial importance is build quality though, which is extremely high.

High-end equipment is reserved for the Ultimate Pack, which bundles a panoramic roof, top-level Bowers and Wilkins stereo, laser headlights, a rear-seat infotainment system and ventilated massaging M Sport seats for a rather shocking $24,000. Unlike M5s and M8s, there are no carbon-ceramic brakes included in the pack though, nor are they an individual option.