It’s been a success for Bentley, but can this facelift continue to carry Bentley’s fortunes? 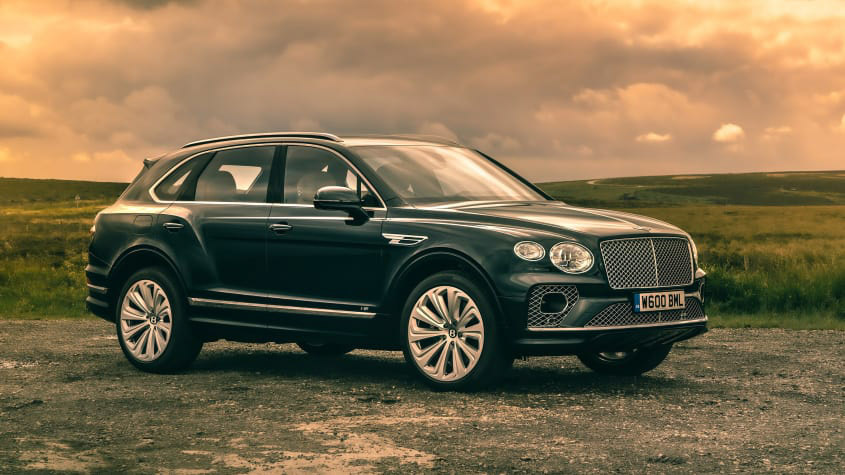 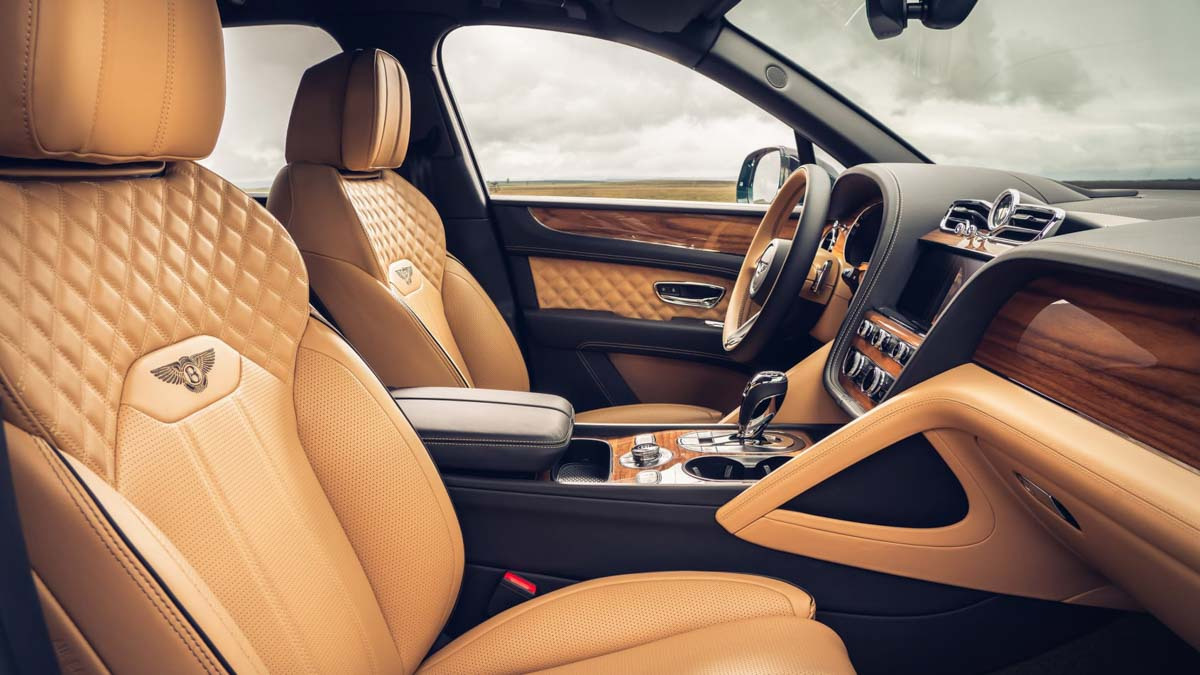 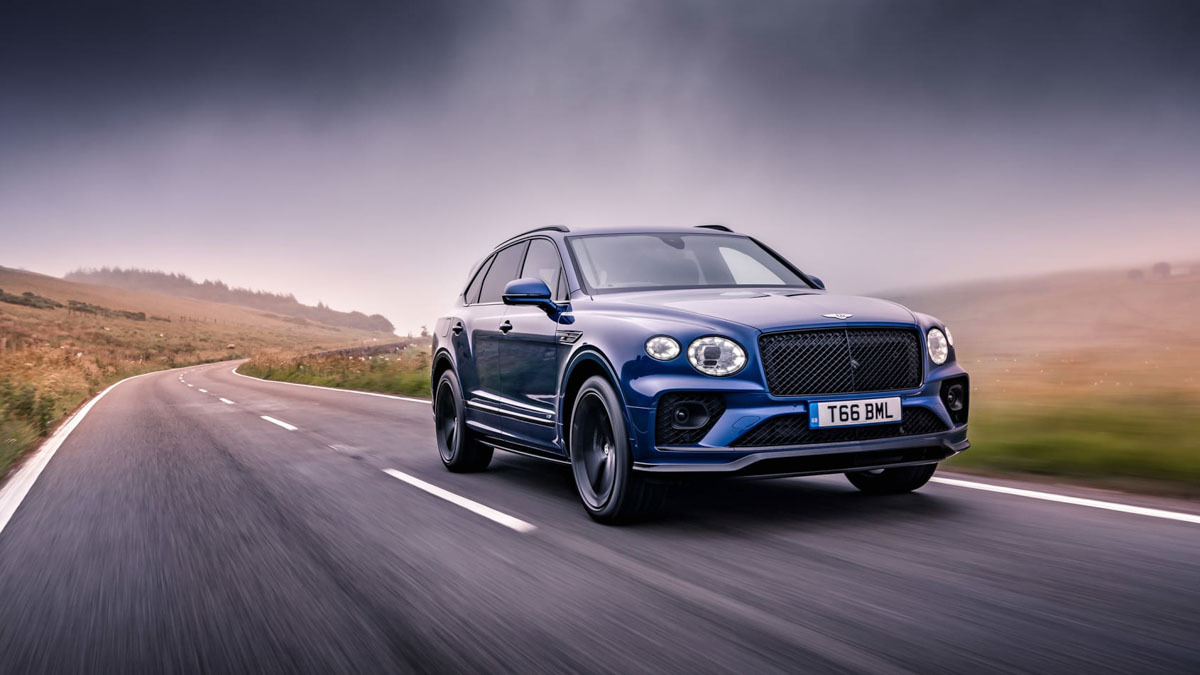 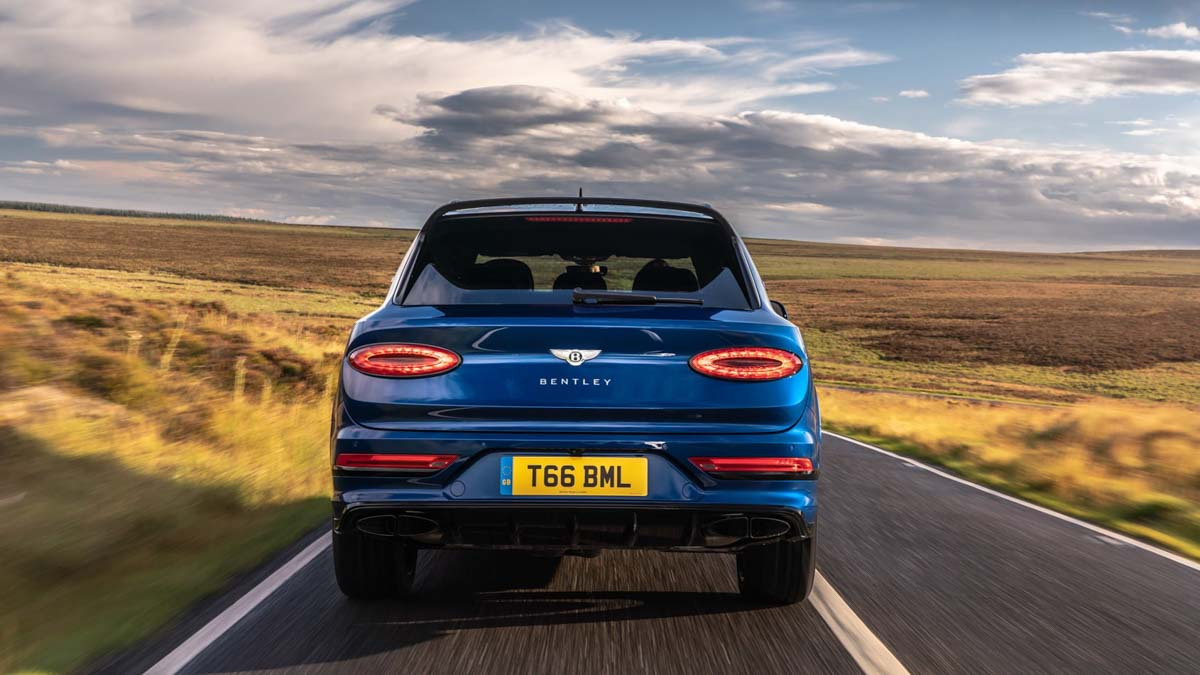 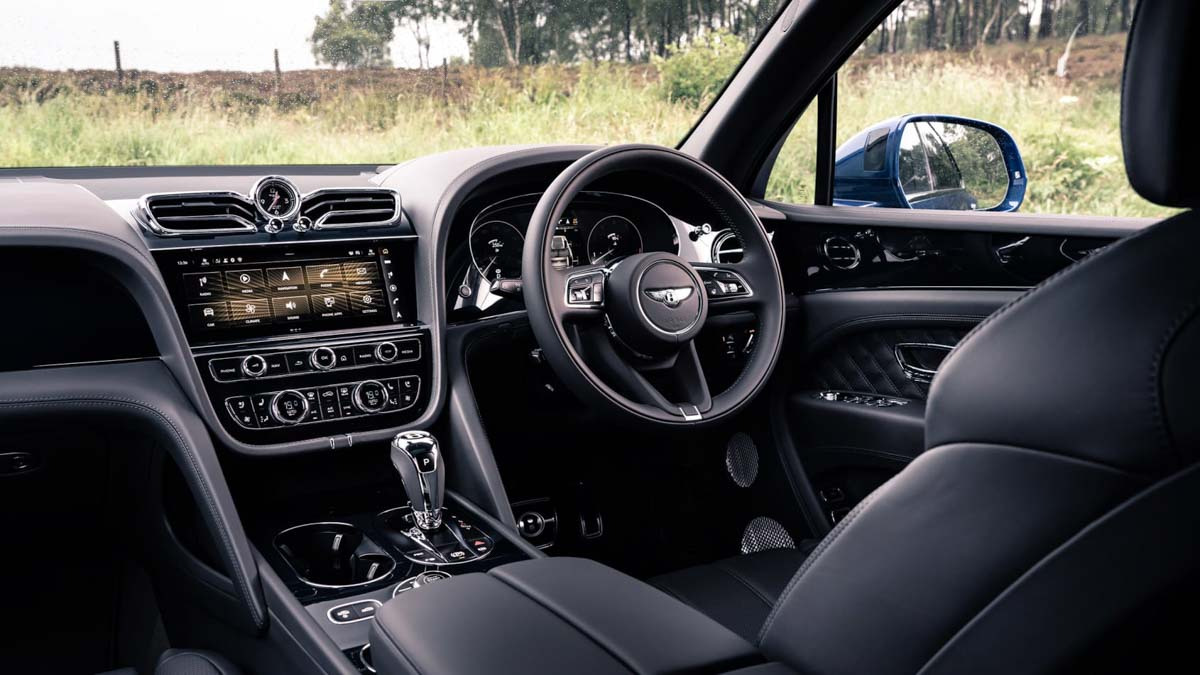 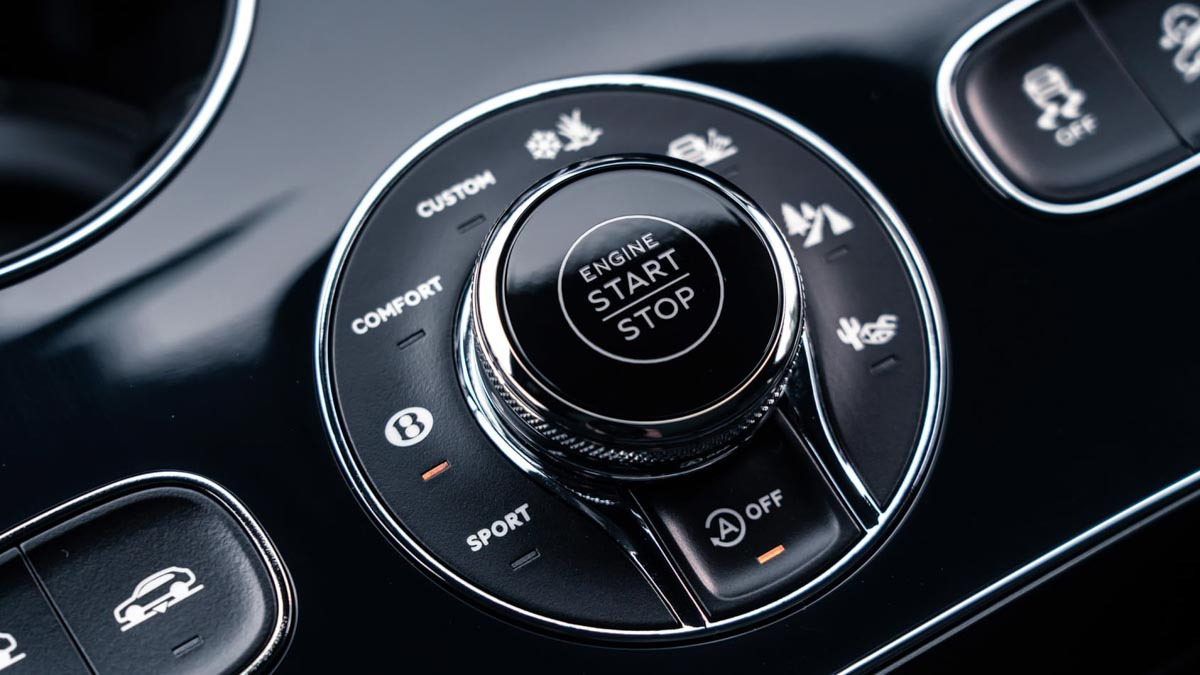 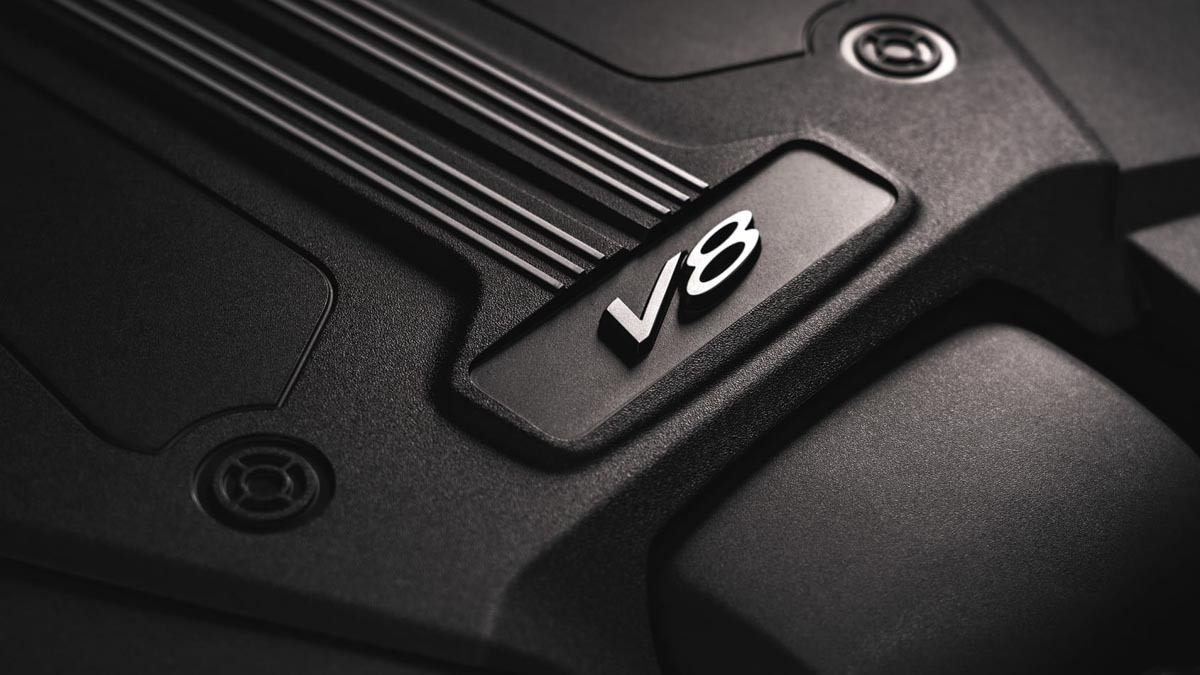 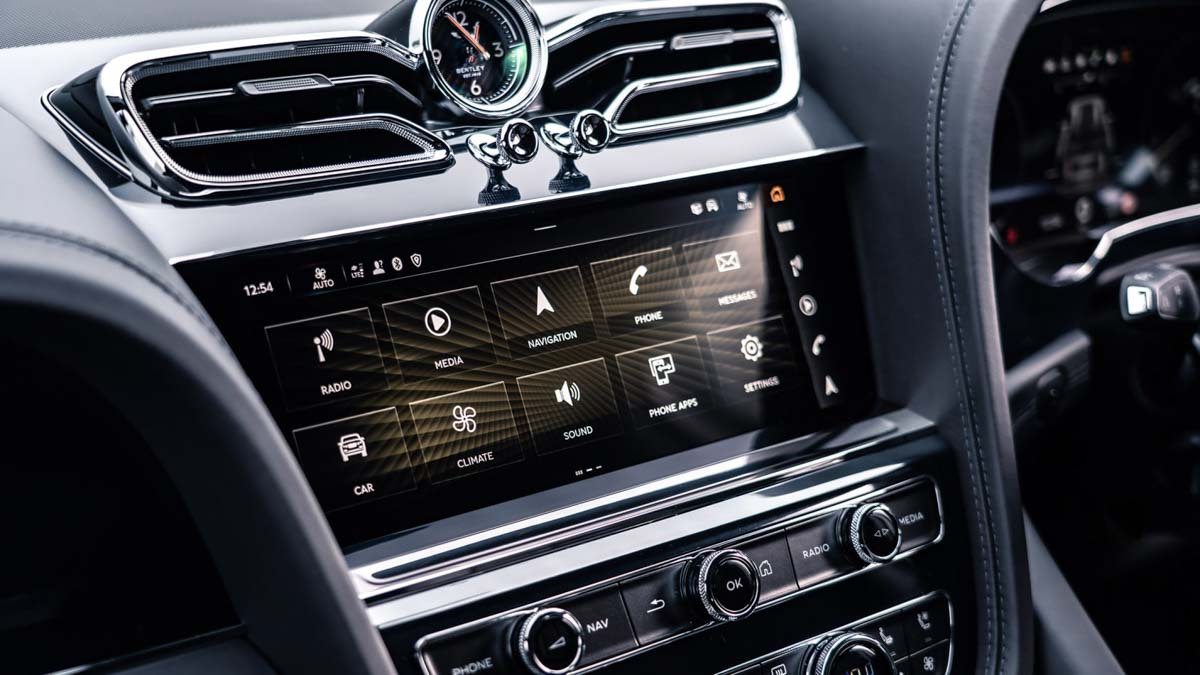 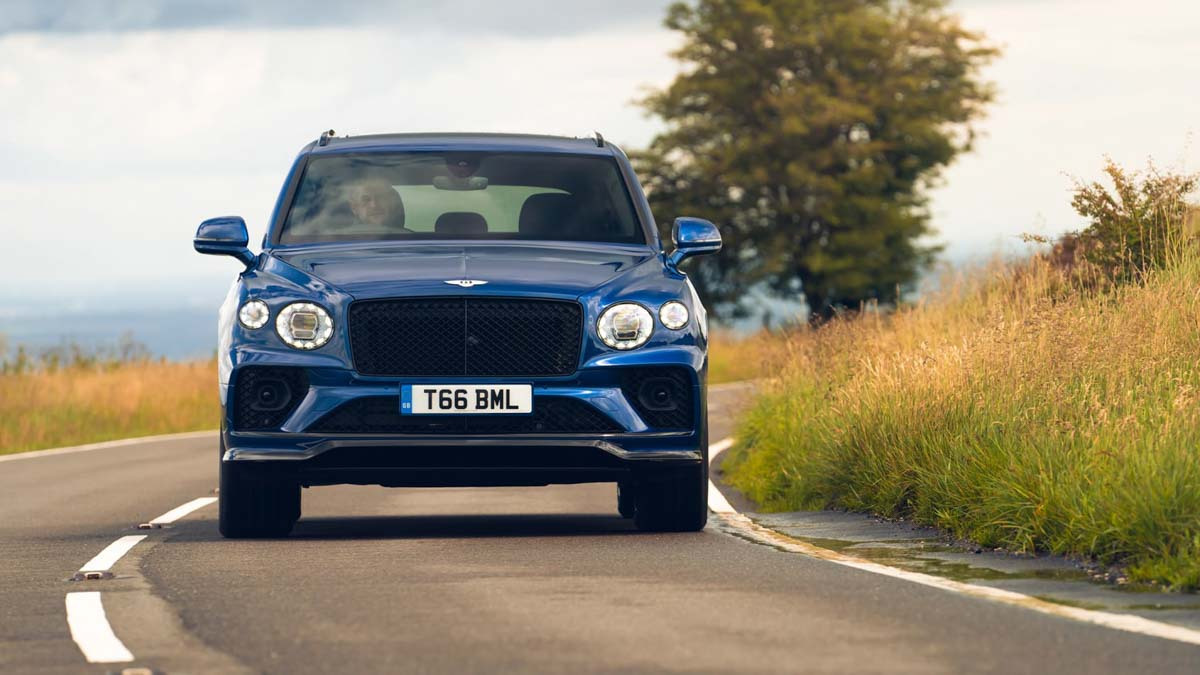 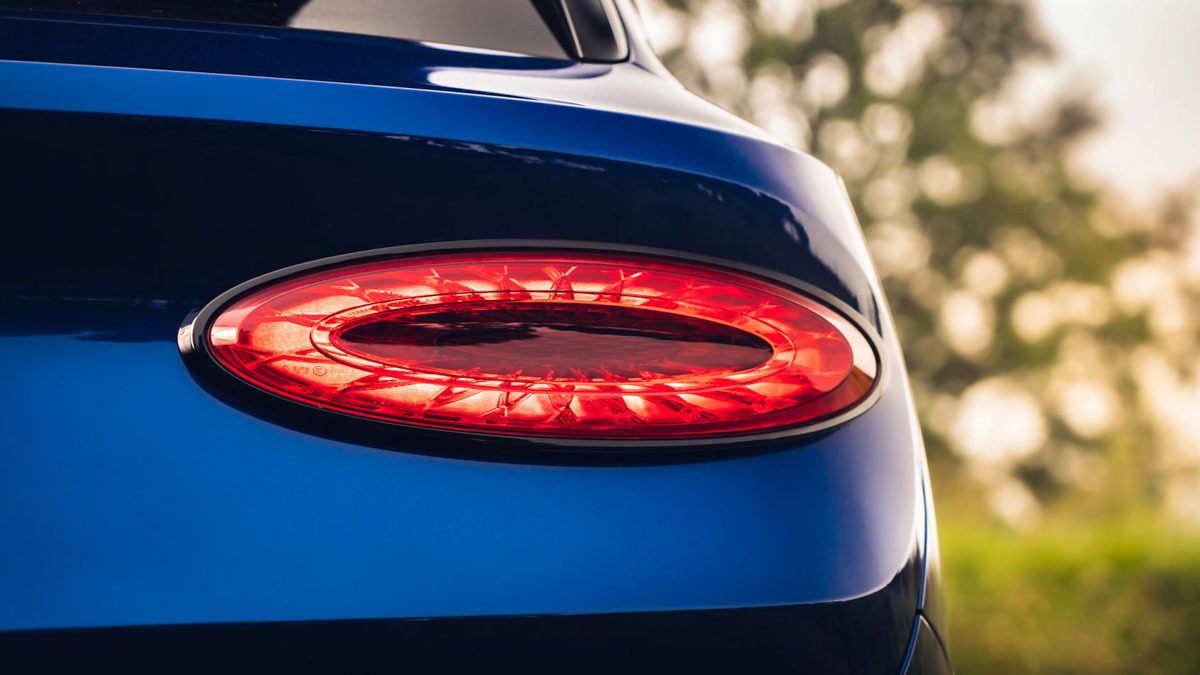 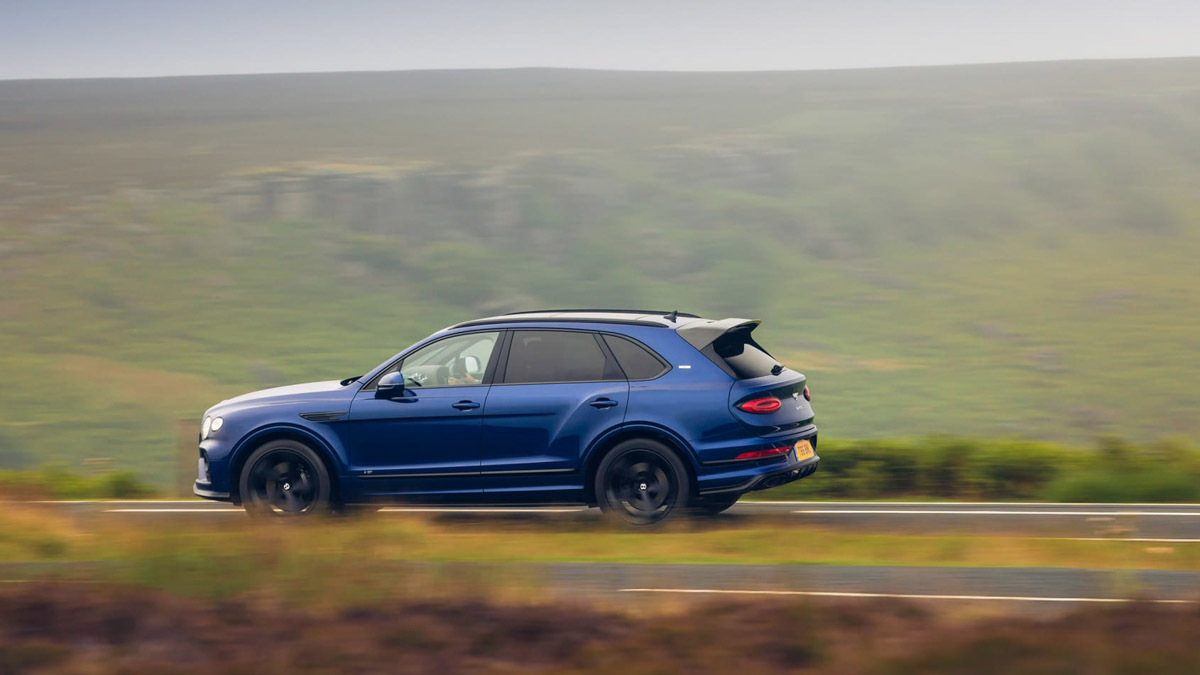 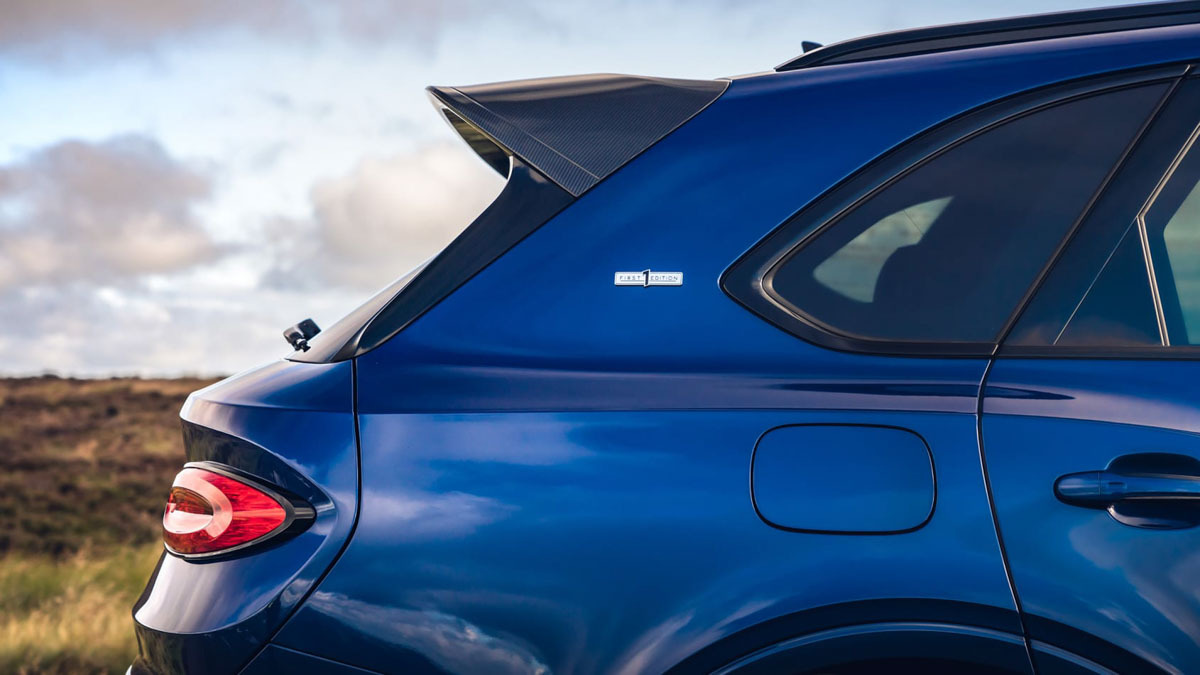 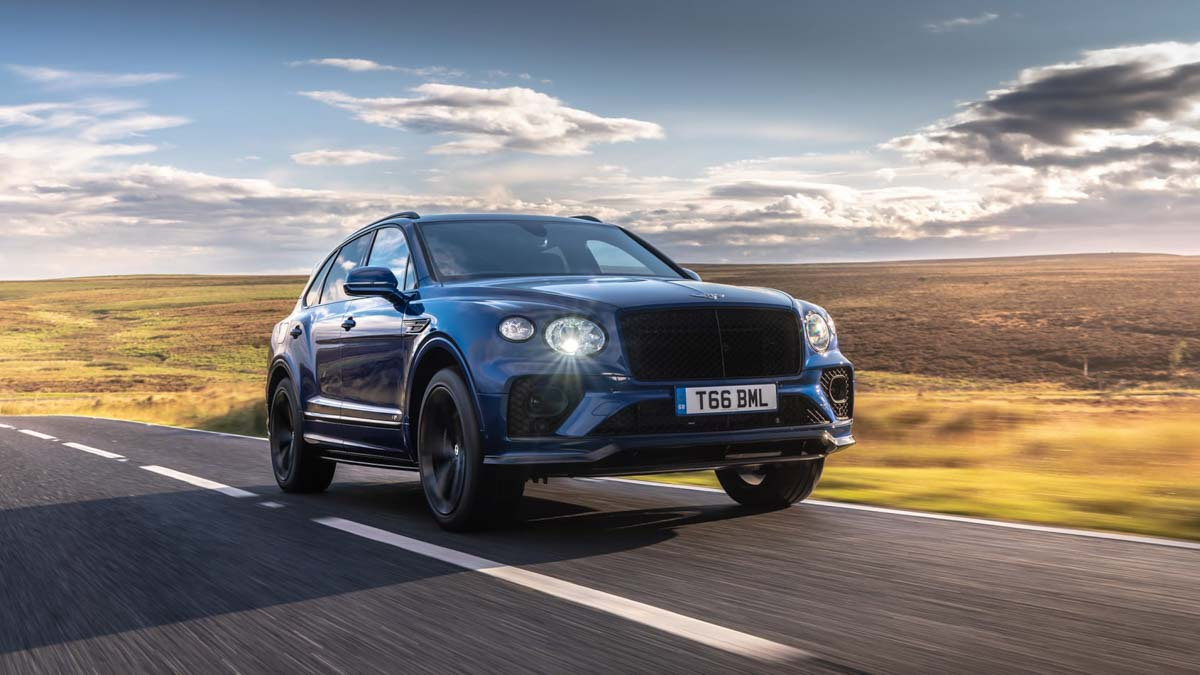 Bentley was first to throw its hat into the ring to face the Range Rover head-on in the luxury SUV sector in 2015, but it has never quite met that challenge. Now it has to contend with an all-new Mercedes G-Class and Aston Martin’s recent DBX too, making this recent update crucial to keep the Bentayga competitive in the high-end SUV stakes.

Despite looks that at their most polite have been described as challenging, the Bentayga delivers a driving experience that, while not as polished to drive as the firm’s other models, is still worthy of the badge it wears due predominantly to these latest updates, keeping it competitive until an all-new Bentayga arrives circa 2024.

With only the twin-turbocharged V8 available from launch you’ll need to wait until later this year if you want your Bentley SUV to be powered by twelve cylinders or the cleaner six-cylinder plug-in hybrid powertrain. Although, the eight-cylinder has always been the sweet spot in the range.

Bentley has focussed the 2020 Bentayga’s facelift on how it looks inside and out. Externally the rear features a new tailgate design with the number plate relocated to the lower part of the bumper. There are also new 3D elliptical taillights that match the design of the latest Continental GT’s and detail surfacing that’s smoother.

For the front, the Bentayga’s most challenging angle, the updated car hasn’t been transformed but it is more recognisable as a Bentley. There’s a 30mm higher grille that features a new matrix design giving it an almost Mulsanne-esque look that works better than what had gone before. There is also a new pair of LED matrix headlamps that are better integrated and suited to the new look. The front wings have been reprofiled to visually increase the front track (the rear track is 20mm wider) while both front and rear 22 inch wheels are repositioned within the arches. There’s also a larger rear spoiler and new side vents.

It’s still a sensitive front end design, one that looks better with a chrome finish than when specified with the optional $18,000 Black Specification of our test car, which turns everything chrome to black including the grille and lower bumper area.

The interior changes are more successful. There’s a new 10.9 inch touchscreen display that’s home to the latest VW infotainment system and includes wireless Apple CarPlay and Android Auto. All the instrument dials are now digital to bring them into line with the Continental GT and Flying Spur and a heads-up display which can now provide more information. It’s all more pleasing on the eye if the orange graphics used feel a little heavy-handed.

New seats front and rear, with new rear seat frames release an additional 100mm of knee room, and have been redesigned for optimum comfort. Four, five or seven seat configurations are available.

There’s also a new centre console, a new steering wheel and door card designs (more leather and wood than card, obviously) and the remaining switchgear is new to match Bentley’s other models.

Underpinning the updated Bentayga is the firm’s air suspension with continuously adaptive damping and, on the First Edition cars such as our test car, Bentley Dynamic Ride that works with the car’s 48 volt electrical system to electronically control the anti-roll bars depending on the driving environment. Iron brakes are standard with gargantuan carbon-ceramics an option.

There’s only one engine available from launch, the 542bhp and 568lb ft twin-turbocharged V8 with a V6 petrol plug-in hybrid on its way. The W12 engine is on its way, too, returning as the Speed and we wouldn’t be surprised if the plug-in turbocharged V8 that’s currently employed by Porsche in the Panamera and Cayenne won’t find its way to Crewe in the near future. The diesel engine was dropped back in 2018

The eight-speed automatic gearbox and permanent four-wheel drive have had their software cleaned up rather than any hardware changes and is the only drivetrain option.

The first Bentayga Bentley provided for review didn’t cover itself in glory. In fact, we thought it was a considerable step back in terms of driving dynamics compared to the original and reported as such: “there are occasions when you think something might be broken.” And guess what? Our test car was broken, or rather a sensor had failed on the Dynamic Ride Control system sending errant messages to the damping control units and electric steering resulting in them reacting to fictional scenarios. One thing it didn’t do was to display any error messages to the driver, so we reported as we found. And it wouldn’t be the first time a manufacturer (not Bentley, though) has launched a ‘new improved model’ only for it to be a step back.

So, once our original test car had been interrogated and the issue rectified it was returned some weeks later for us to reappraise, which we have. So what’s a fit and healthy new Bentayga like? Read on.

Since its launch we’ve felt the Bentayga being billed as the fastest SUV in the world has distracted from what it is, in essence, an opulently appointed luxury SUV designed to appeal to Range Rover customers looking for the next level of quality presented in a super-sized SUV that doesn’t wobble and wallow.

There is, after all, more to a car than the numbers it can record against a stopwatch. The driving experience, not of the ‘on its door handles, apex clipping, lap time chasing’ kind, rather that feeling of being behind the wheel of something a step above the rest, is what matters but we’ve never truly felt the Bentayga has managed to deliver on either remit. With a new interior and an overhauling of the chassis technology, Bentley thinks it’s cracked the formula with its updated SUV.

From the inside the new Bentayga feels more Bentley-like, with a considerable step up in design, quality and a sense of being in a car that is hand finished by a dedicated and immensely talented team of craftsmen and women. Which is how it should be for a car costing from $173,000.

From the instrument display ahead, the touchscreen to your right and the auxiliary controls around it, the fit and finish is elegant, solid and a reminder that Bentley can finish an interior like few others. Although a Conti GT and Flying Spur still feel more bespoke, probably because they are both more bespoke Bentleys rather than being loosely related to a family of like minded cars.

It also drives better than the original, predominantly because it feels more tightly tied down, precise and reactive thanks to the slack having been ironed out of the chassis and steering systems. The experience from the driver’s seat now matches your expectations, with a higher level of sophistication to how the Bentayga’s chassis reacts to imperfections in the surface and deals with the reaction.

It also feels more together, more controlled and resolved than the original while at the same time upping the refinement levels in terms of noise suppression in the cabin and low frequency noise through the steering and chassis. The original Bentayga never settled, there was always a degree of body roll and a minor steering adjustment required to keep it all on track. We’re not talking Herculean adjustments, rather constant tweaks that, over time, rubbed away the quality of the experience.

Now there’s a solidity and precision to how it drives with no loss of refinement through the cabin. It’s no Aston Martin DBX when it comes to dynamics and feedback, with the Bentayga preferring a seven-tenths approach rather than being stretched to its limit. It is, however, now clearly ahead of a Range Rover when you need to press on and take advantage of the V8’s resources.

As powertrains go it’s as strong as an ox, hauling the Bentayga’s 2416kg (unladen) weight around without a fuss, the eight-speed gearbox a willing companion that works impressively hard to keep its shift as seamless and unobtrusive as possible.

This second generation Bentayga is a sizable step up from its predecessor in terms of both interior quality and driving refinement, with the former most likely more important to customers than the latter. Unless you really need the ground clearance of an SUV, however, the best four-wheel drive car Bentley makes is still an accolade shared by the Conti GT (coupe) and Flying Spur, but a two-door coupe or four-door limo isn’t everyone’s cup of char, as the 20,000 Bentaygas sold to date demonstrate.

With the arrival of the Aston Martin DBX, and to some extent the Rolls Royce Cullinan, which the Bentley has licked for interior opulence and ride comfort, Wolfsburg might want to consider letting Bentley go its own way, or at least lead the development of the Group’s next large SUV platform if the Bentayga’s replacement is to reach the high standards Crewe sets itself, the sector demands and we know Bentley can reach.

At $191,400 the new Bentayga falls between an older stager and new young gun in terms of price. Add in the $41,510 First Edition pack that provides Bentley Dynamic Ride, an upgraded Naim stereo, Touring specification (a range of driver assistance systems) and upgraded seats through the Front Seat Comfort specification and you’re quickly looking at a $232,890 car. Our test car also had the $19,540 Black Specification trim pack and a $4,700 Terrain pack.

When the Bentayga first launched it would have been a stretch to consider the then Mercedes G-Class as a rival. But following the introduction of the all-new G-Class in 2018 the indestructible Mercedes is on the consideration list for many in this sector. The $125,525 G350d and the $191,100 G63. If it’s solidity you’re after the G has you covered.

Bentley’s biggest challenge with the Bentayga has always been the car built further south off the M6 in Solihull. Despite it now being in its final years a full fat Range Rover still reigns supreme for many. The big RR is also appreciably cheaper in 518bhp Autobiography trim at $146,780 or you can spend $188,200 on a 555bhp SVAutobiography.

Of bigger concern for Bentley now, however, is Aston Martin’s new DBX. At $206,000 it’s not a cheap buy but it matches the Bentley on quality, albeit in an Aston way rather than a knurled aluminum and diamond stitch leather Bentley way. But it’s as refined, has more usable interior space and is more comfortable as a result, and when it comes to driving, despite the advances the Bentayga has made, the car built in St Athan leads the way.