We didn’t think much of the last X3 M Competition. But things have changed, and not the way we expected… 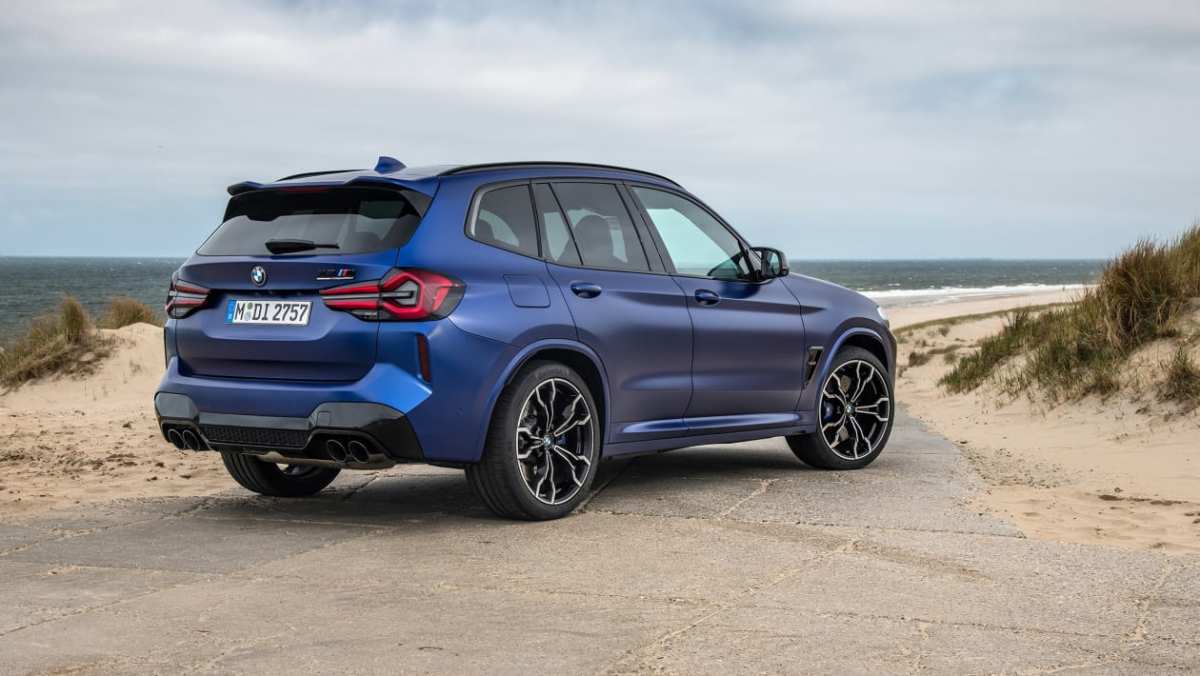 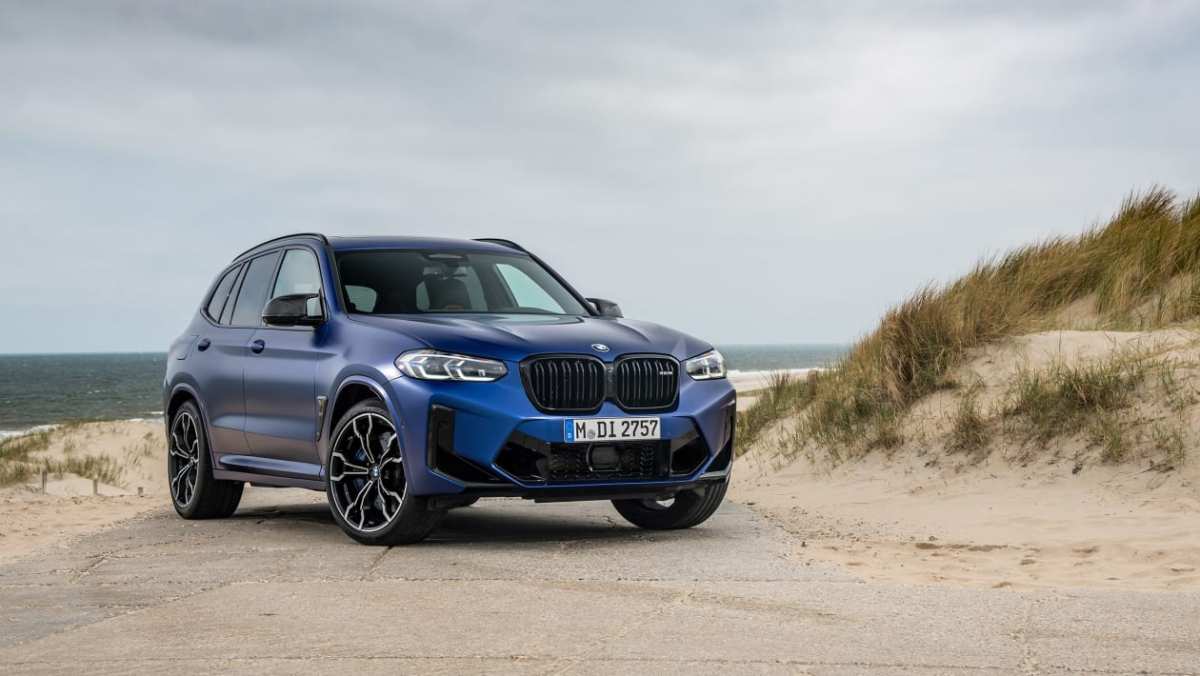 When we first drove the BMW X3 M Competition in 2020, it was generally an exercise in proving why performance SUVs make about as much sense as playing fetch with a pet rock. Not only was it completely compromised as a performance car, its everyday usability went out the window due to its rock-hard ride, too. It was also expensive to buy and run, plus the engine – while effective – certainly wasn’t BMW M at its best.

Now a few years later, BMW M has refreshed it and the humpback X4 M, passing across all the various updates standard X3s have received – new styling, interior and tech – as well as adjusted the M’s chassis due to ‘certain customer and media feedback’.

On paper, not much has changed – there’s the same 503bhp S58-designation turbocharged 3-litre straight-six, ZF-sourced eight-speed automatic transmission and variable xDrive all-wheel-drive system. There have been some subtle tweaks to the springs, dampers and anti-roll bars, but the hardware’s all the same, including its previous three-way adaptive dampers and torque vectoring M electronically controlled rear differential.

In fact, the most obvious change has perhaps been BMW M itself. After a run of some pretty average models leading up to the X3 M’s 2019 launch, the cars it’s released since have been simply brilliant. The new M3 and M4 Competitions, both in rear- and all-wheel drive forms, are engaging, emotional and astonishingly entertaining sports cars, the M2 and M5 have evolved into eCoty-winning CS models, and the new M4 CSL has every hope of turning that run into a hat-trick. So, has any of this extroverted brilliance rubbed off on the X3 M Competition?

Our biggest gripe with the last X3 M Competition was the lack of synergy between an uncompromising chassis and an uncharismatic engine with little to no real driver engagement. Yet thanks to these subtle changes, each of those pillars now complements rather than fights against the other, leaving behind a whole that’s vastly superior to its otherwise similar predecessor.

Start with the S58 engine. This X3 M Competition was actually the first BMW model to pick up the new straight-six that’s since been applied to the M3/M4 twins, and will soon find its way into the next M2. Previously it was just too refined, and too flat both in terms of power delivery and its emotional presence. Yet over the years the S58 has shed its fluffy jacket to reveal the muscled-up WWE fighter underneath. Press the X3 M’s starter button and the engine now erupts into life, rocking the relatively tall SUV body before settling into a gruff and granular idle. Tap the throttle and the revs burst up with a new-found aggression – it finally feels like a BMW M engine, not just some adapted straight-six out of a luxury saloon.

The rest of the powertrain has undergone its own improvements – for instance the gearbox shifts more intently and with more urgency. The car’s brain apportions power between the axles with much more purpose, and despite not having the full suite of driven-wheel variability like an xDrive M3, the X3 has gone from a car that struggles to keep hold of its composure under hard acceleration to one that relishes within it – BMW M’s experience with excellent all-wheel-drive systems has clearly paid dividends here.

The same can be said for the steering. Previously it was overly light and vague, weighting up as speeds rose, but with that numb resistance that’s since disappeared from most BMW racks. Now the X3 M feels like a relative of the M3 – it doesn’t have quite the same satisfying granular accuracy, but it’s pretty close and a far cry from what came before. As a result, the front axle feels so much more keyed in to the road surface, with tyres that now dig into the tarmac, relaying back to the driver in real time how the relatively conservative 255-section Continental tyres are doing.

The X3 M’s brakes are good but not great in terms of power, but there’s plenty of feel, and the body’s resistance to lateral movements at lower speeds is impressive. But then you’d hope as much, because despite the engineer’s best efforts to take the edge off the X3 M’s firm ride, it’s still very stiff and quite uncompromising. Start pushing beyond the X3 M’s limits and you can feel that it’s certainly more than a notch behind a modern M3 xDrive – its relationship between slip and grip is more abrupt and less malleable, while the body has a tendency to snap, where the M3 would slip into small oversteer movements.

Of course, the fact we’re talking about over-the-limit handling in a two-ton SUV says much about the X3 M’s capability, but this sort of talent was always part of the package. The difference now is that the rest of the technical arsenal can match the chassis’ aggressive set-up. It’s still likely to be a little too rough for the kids and labrador on the day-to-day, and as a whole the X3 M Competition still makes absolutely no sense, but it doesn’t stop me from quietly admiring it.

Beyond this there are some option packages, including Laser LED headlights, a carbon pack that refinishes the side mirrors and under-bonnet brace in gloss carbon, and various tech extras including auto parking and further driver aids. Or you can bundle all of the above with a few extra toys, including a panoramic roof, in the $9850 Ultimate Pack.

For context within the BMW M range, the M3 Competition M xDrive Saloon will save you $9400 at $93,645, and if you need the extra space, the incoming M3 Touring will set you back $96,535. Fuel for thought about whether the taller ride height really is necessary.

Outside of Munich, Alfa Romeo’s Stelvio Quadrifoglio still shades the X3 M Competition for outright joy, even if it’s now feeling a little outclassed inside the cabin. If you’re under the impression that Audi’s SQ5 could be considered a rival, we’d suggest not, while the Porsche Macan GTS has its capabilities, but it is a fair bit slower and less dynamic, though considerably less expensive than the BMW.