The new Volkswagen Golf 8 R is hotter than ever, with new-found focus on dynamics and driver involvement 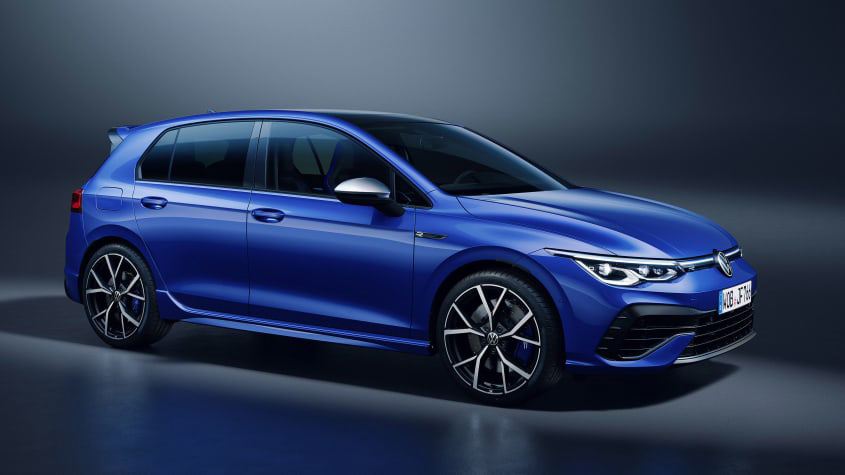 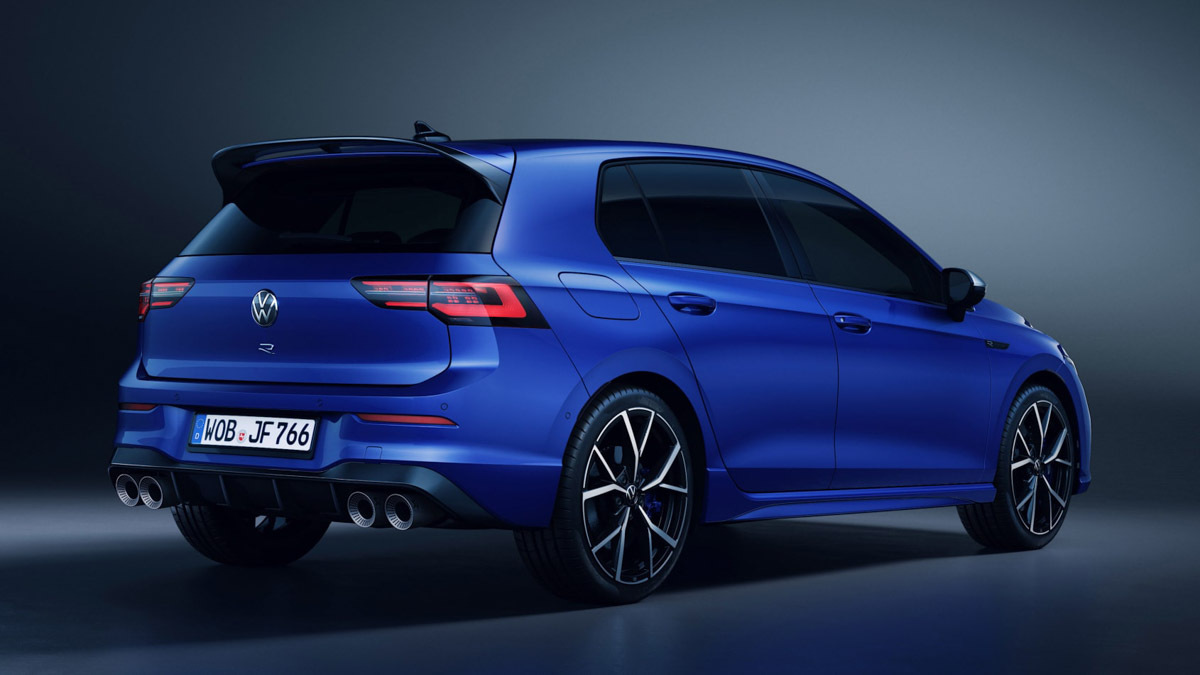 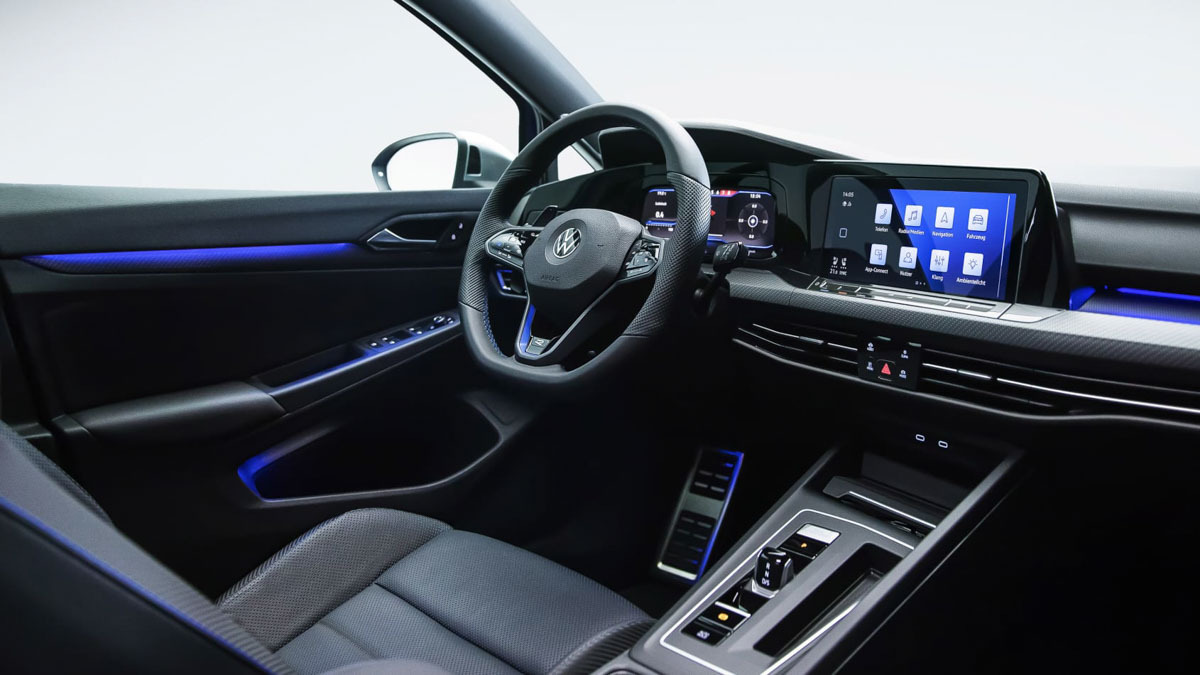 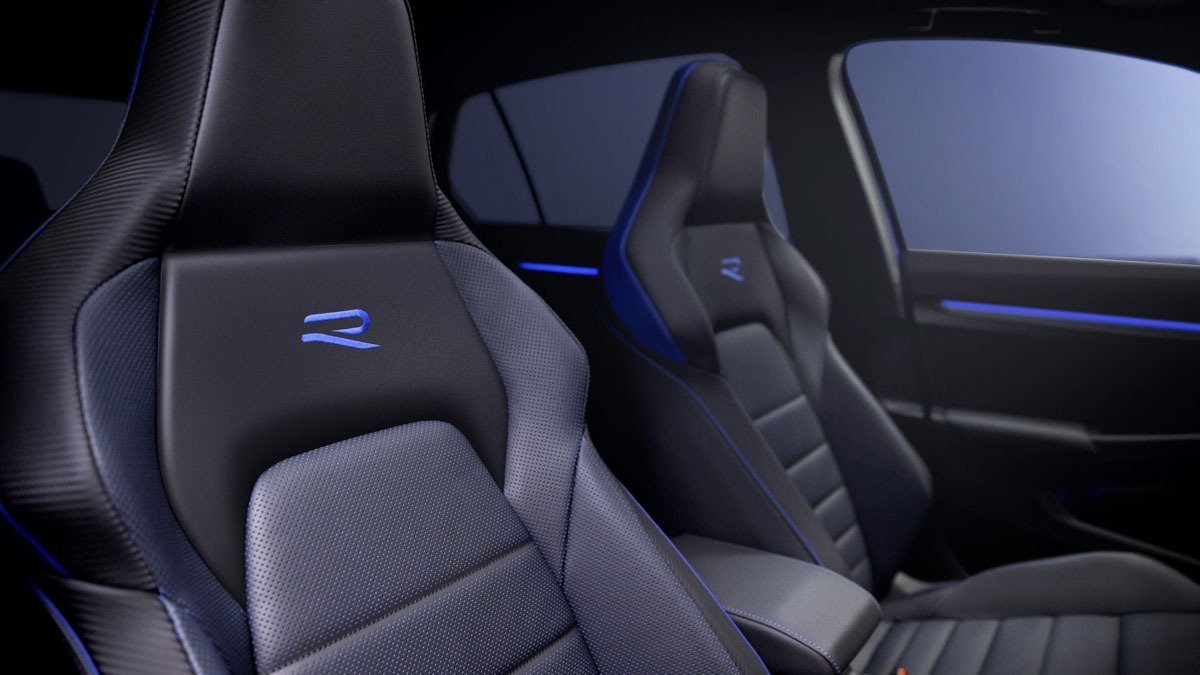 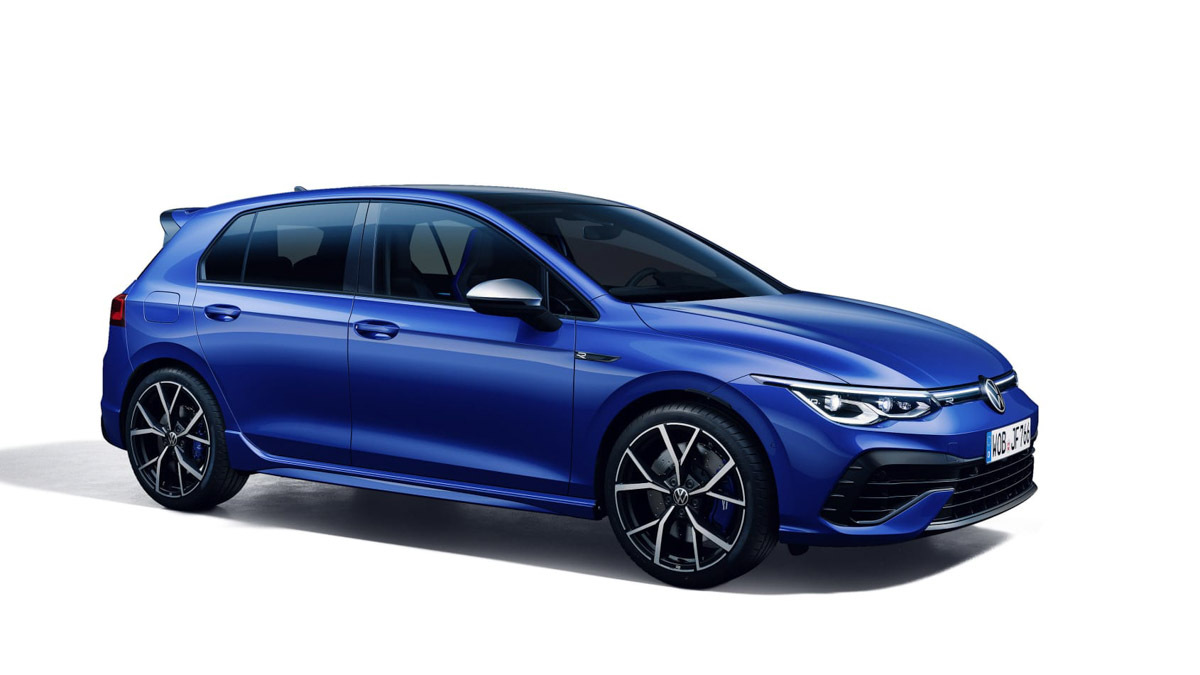 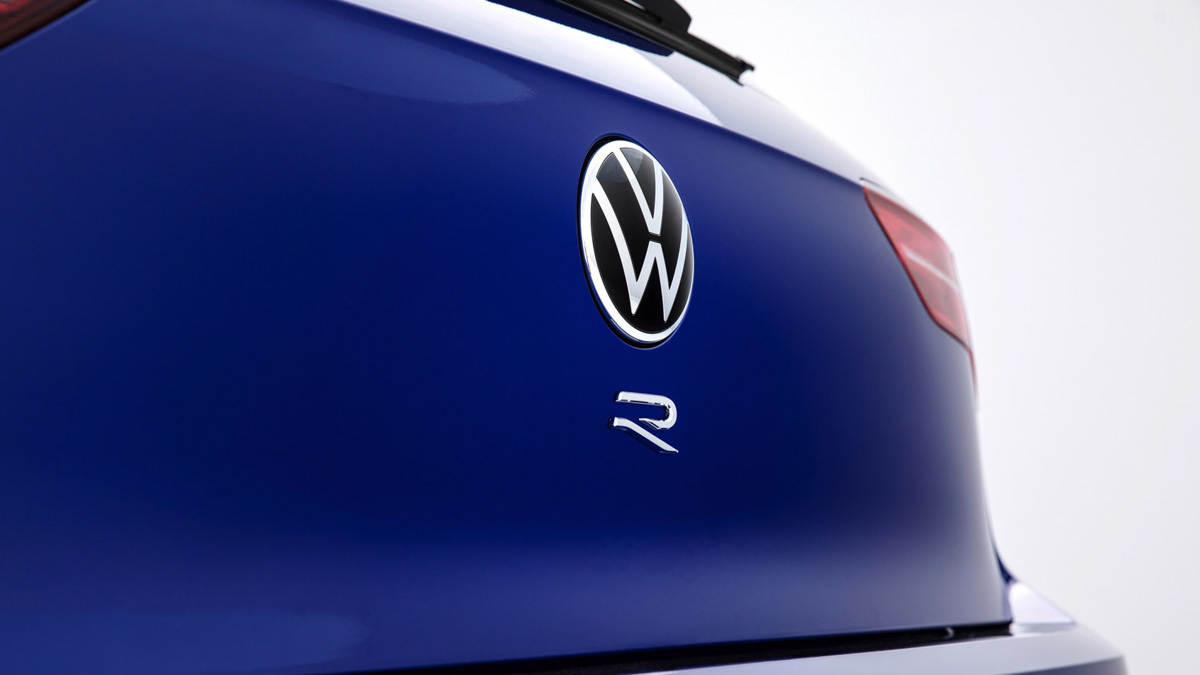 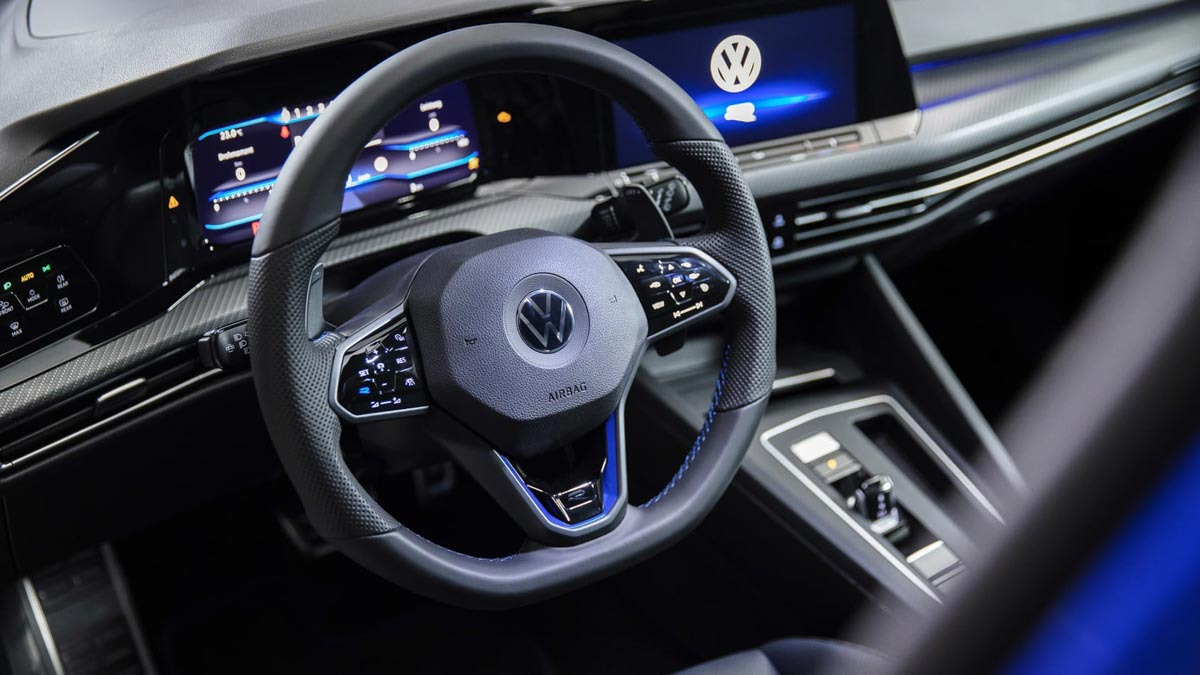 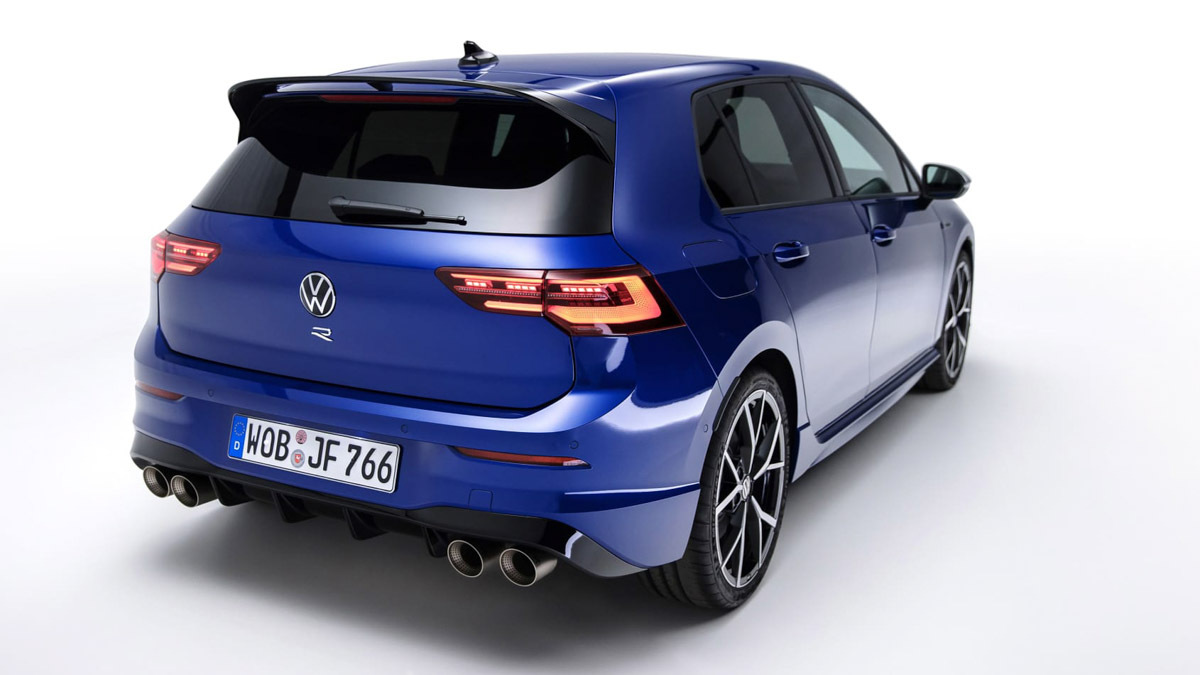 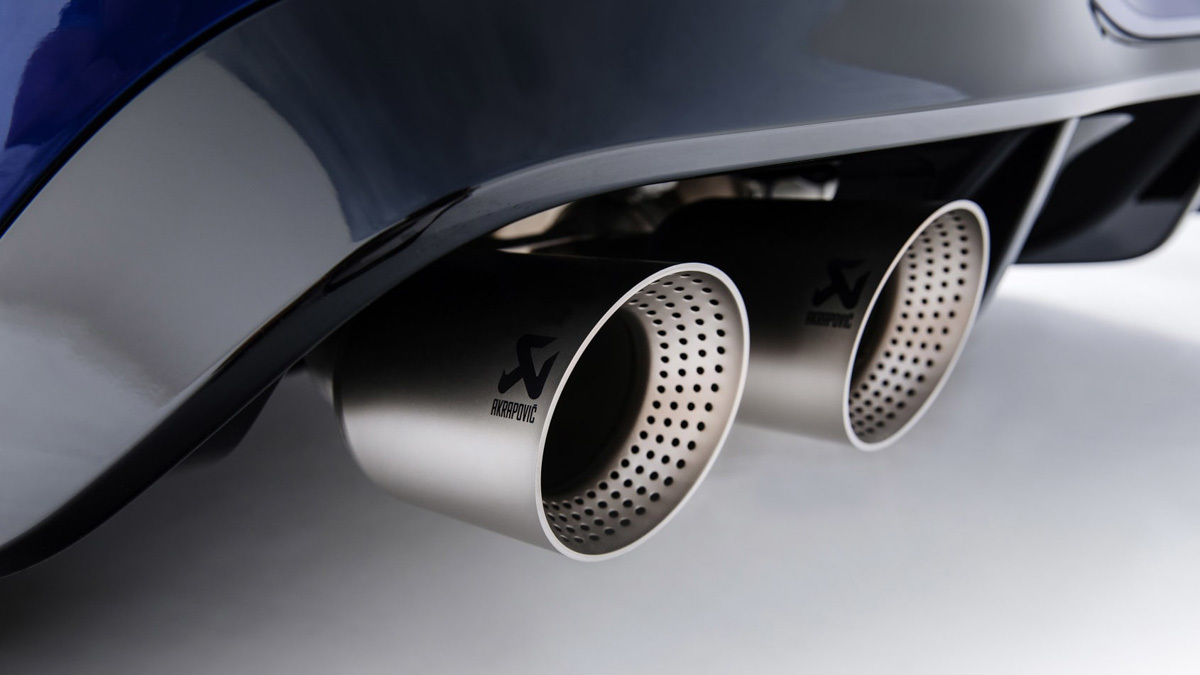 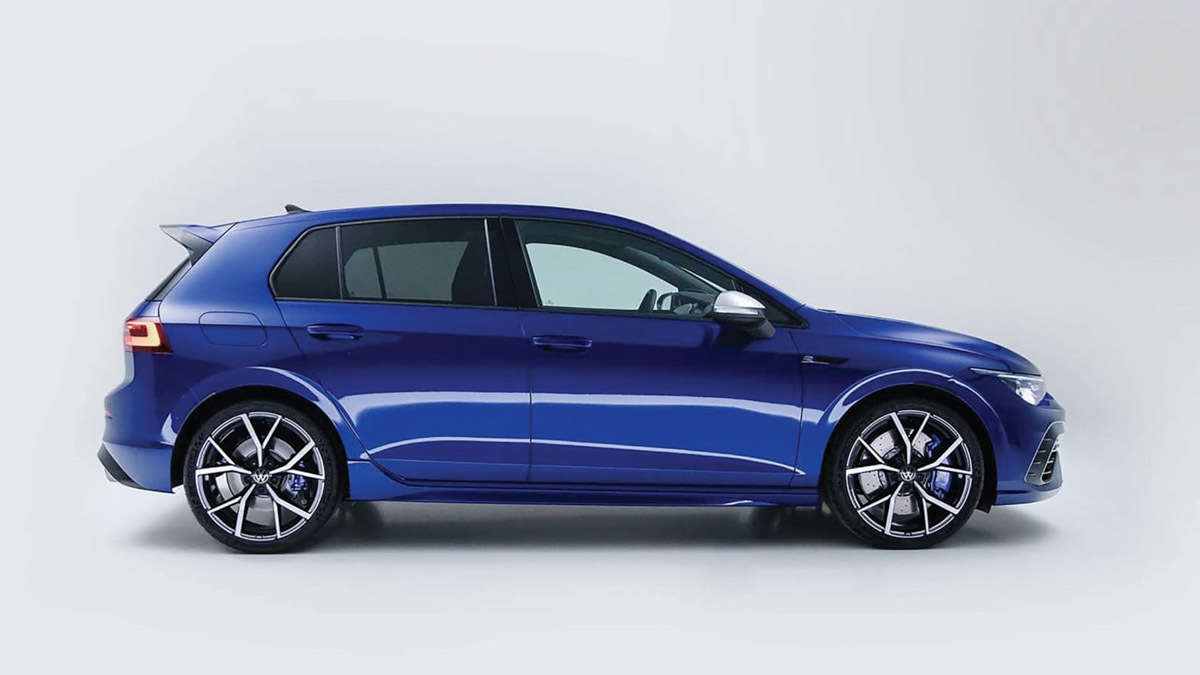 Volkswagen’s Golf 8 performance range has reached its completion with the arrival of the new Golf R, the flagship all-wheel drive model that’ll join the GTI and GTI Clubsport next year. While the new VW Golf R features the same basic recipe of combining a potent four-cylinder turbocharged engine with VW’s all-wheel drive system, the devil’s in the details of this latest model.

First of all, the new Golf R is the most powerful production Golf ever, beating the previous Clubsport S’s 306bhp with a 315bhp output between 5500 and 6500rpm. Torque is also strong, with 310lb ft available at just 2000rpm, the Golf holding that peak output until 5800rpm. These figures are delivered by VW’s latest evo4 generation of the EA888 2-litre turbocharged petrol engine, which is no bad thing as this unit has long been one of the strongest elements of all the hot hatchbacks it’s used in, thanks to a vivacious free-revving nature.

There will be no manual transmission available, Volkswagen says there’s just no interest for it among Golf R buyers, but to compensate VW has fettled the seven-speed dual-clutch box, focusing on reducing shift speeds and improving response via the new, larger shift paddles. VW has also shortened the ratios, helping the new R reach 0-100kph in a claimed 4.7sec. Volkswagen will continue to offer the optional Akrapovic titanium exhaust system too, which although offering no more power, does reduce weight by 7kg.

The Haldex all-wheel drive system has also been worked on in this latest generation of the Golf R. VW has introduced a power torque-vectoring rear differential for the first time, with the ability to send up to 100 percent of available torque to each of the rear wheels. This being a front-biased system, only 50 percent of the engine’s power will ever reach the rear wheels, but the differential’s potential to overdrive one wheel to such an extent should give the new Golf R a different, more playful handling balance than its straight-laced predecessors.

The suspension setup also enables this pursuit, with the rear axle featuring new control arm mounts, wheel hubs and ten percent stiffer springs to increase stiffness, while the more malleable front end is both lighter in design and comes with increased camber dialled in. This combination has been designed specifically to create more grip at the front wheels, while allowing the rear to be more mobile under hard cornering. Adaptive dampers are standard fit and the Golf R also picks up the GTI’s progressive steering rack, with a more direct ratio just off the straight ahead to augment the increase in grip on the front axle.

The brake package is as fitted to the new GTI Clubsport, with 357mm rotors at all four corners and two-pot calipers up front. The package also has a 600g per corner weight saving compared the previous Golf R, which comes despite the extra size of the hardware. Standard wheel sizes are 18-inches, with 19s available on the options list, wrapped in either Bridgestone or Goodyear’s new Eagle F1 Supersport rubber. Models fitted with the larger 19-inch package can also specify a pretty serious set of Michelin Cup 2s, which were used on the Golf R’s 7:53 Nurburgring lap time, 17sec ahead of the Mk7 version.

As with all other performance Golf 8 derivatives, this hardware all works in conjunction with a new Vehicle Dynamics Manager software system. Through the various driver modes, this is able to tailor each of the variable dynamic components – such as the transmission mapping, dampers, steering, traction control, exhaust system, throttle response and the torque-vectoring rear differential – to suit.

Volkswagen will bundle some of its optional dynamic elements into what it calls the optional R Performance Pack, which increases the top-speed to 268kph (up from 250kph), equips the optional 19-inch wheels as standard, fits the Clubsport’s dual-plane rear wing and includes two further driver modes including ‘Special’ (identical to the Nürburgring lap time setting example) and ‘Drift’ which, as its name suggests, will overdrive the outside rear wheel when cornering to increase rear slip angle in the same way as the Mercedes-AMG A45 S.

The rest of the package is typical Golf 8, with a digital-heavy interior and subtly aggressive exterior design. Given the Golf R’s success over the generations its continued prosperity always seemed guaranteed, yet by combining its all-weather performance and classless image with a more nuanced approach to the dynamics, this could well be the best Golf R yet.