The 2020 Nissan GT-R Nismo is more finely-wrought than ever, but comes at quite a price 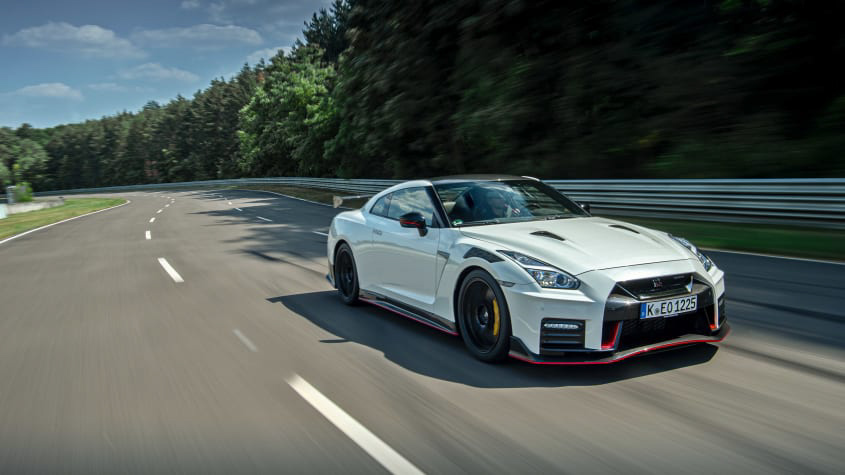 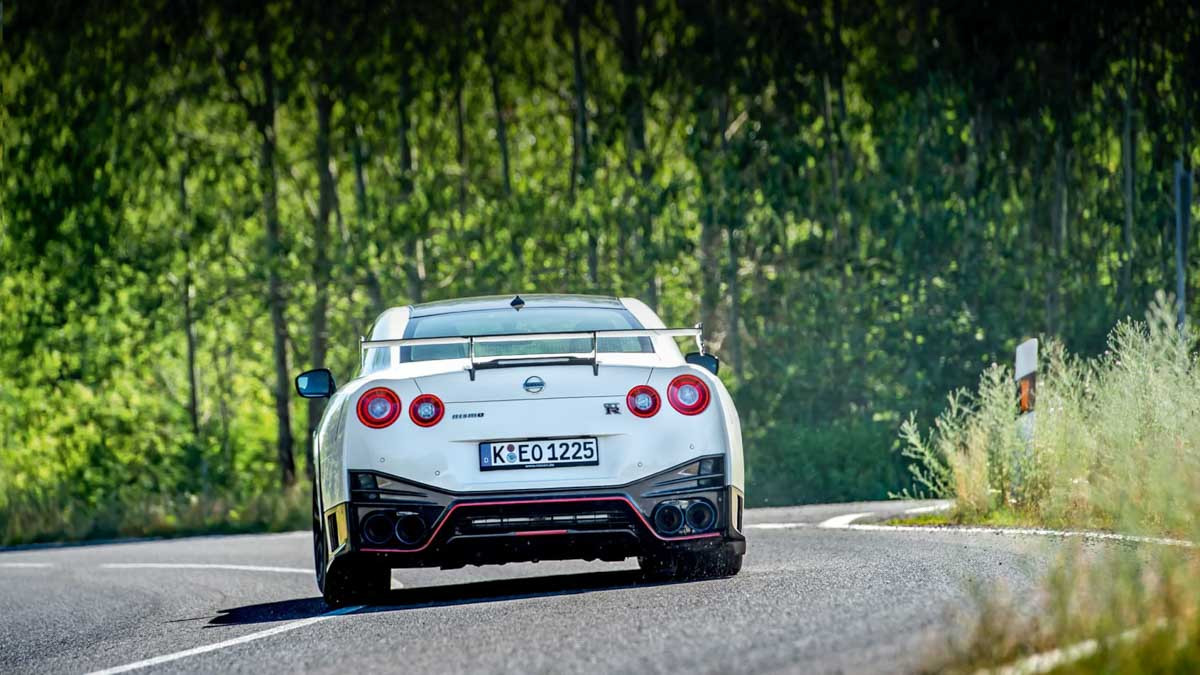 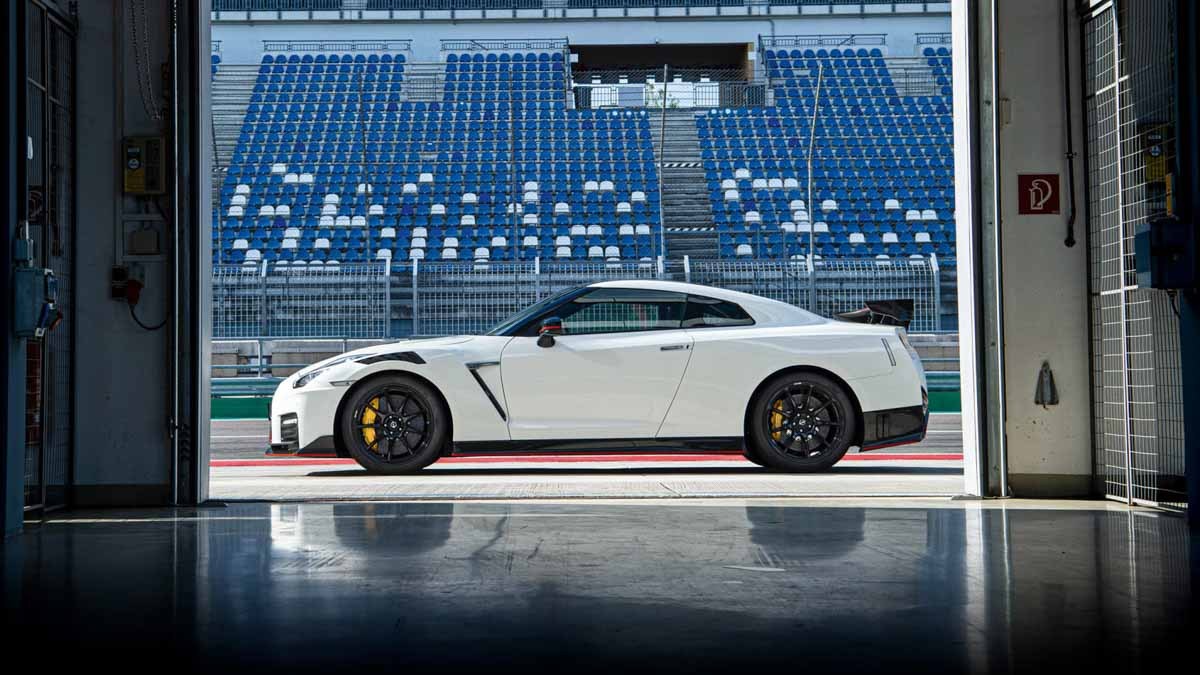 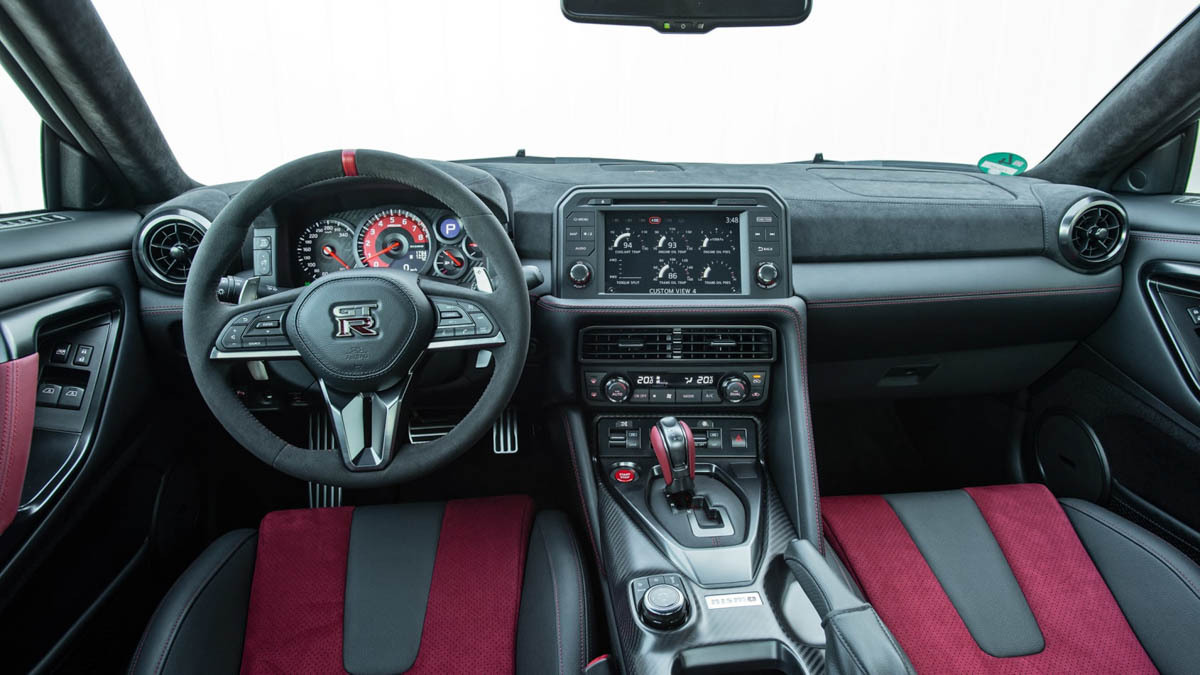 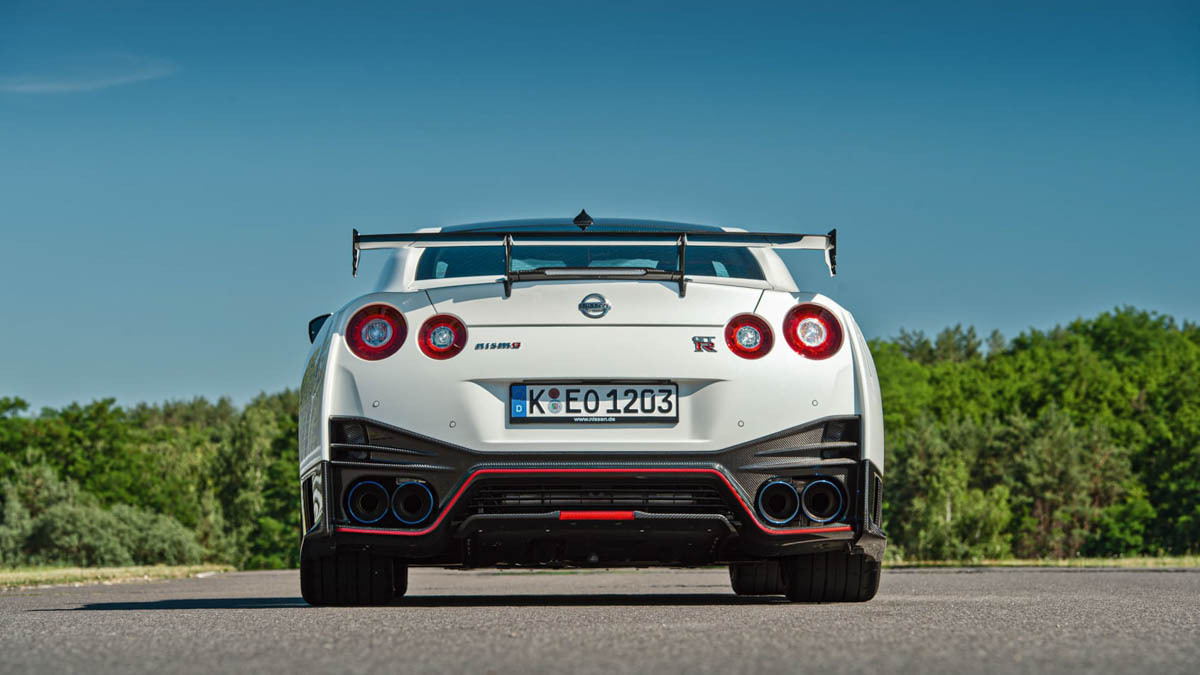 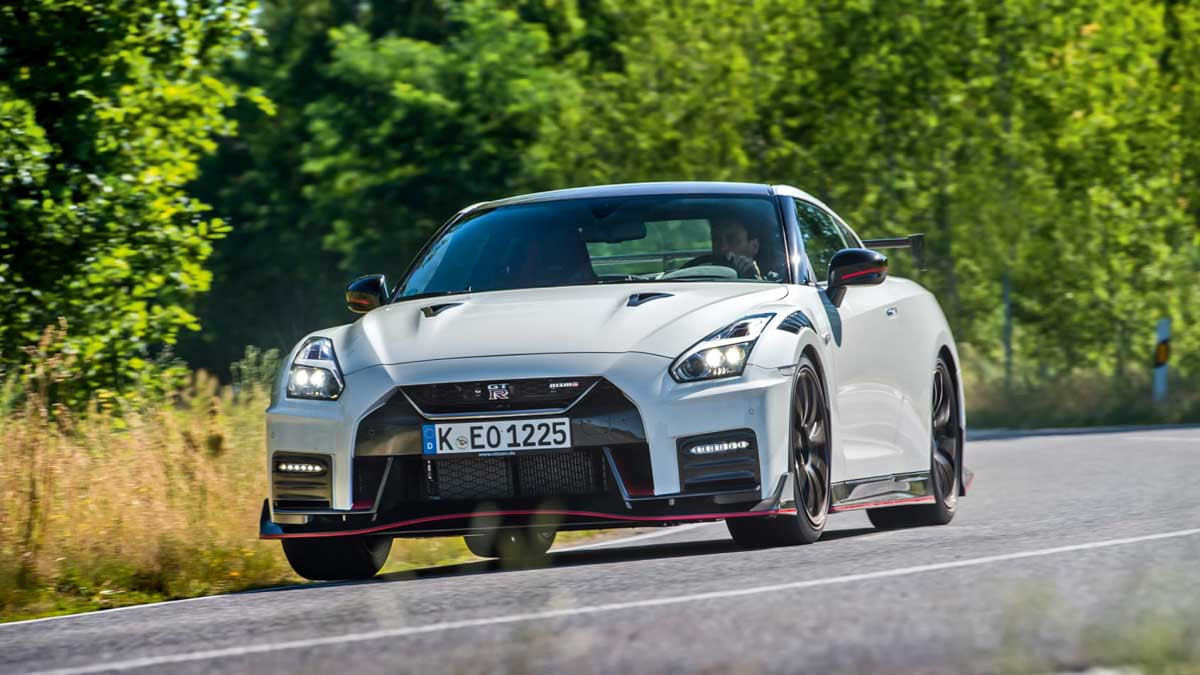 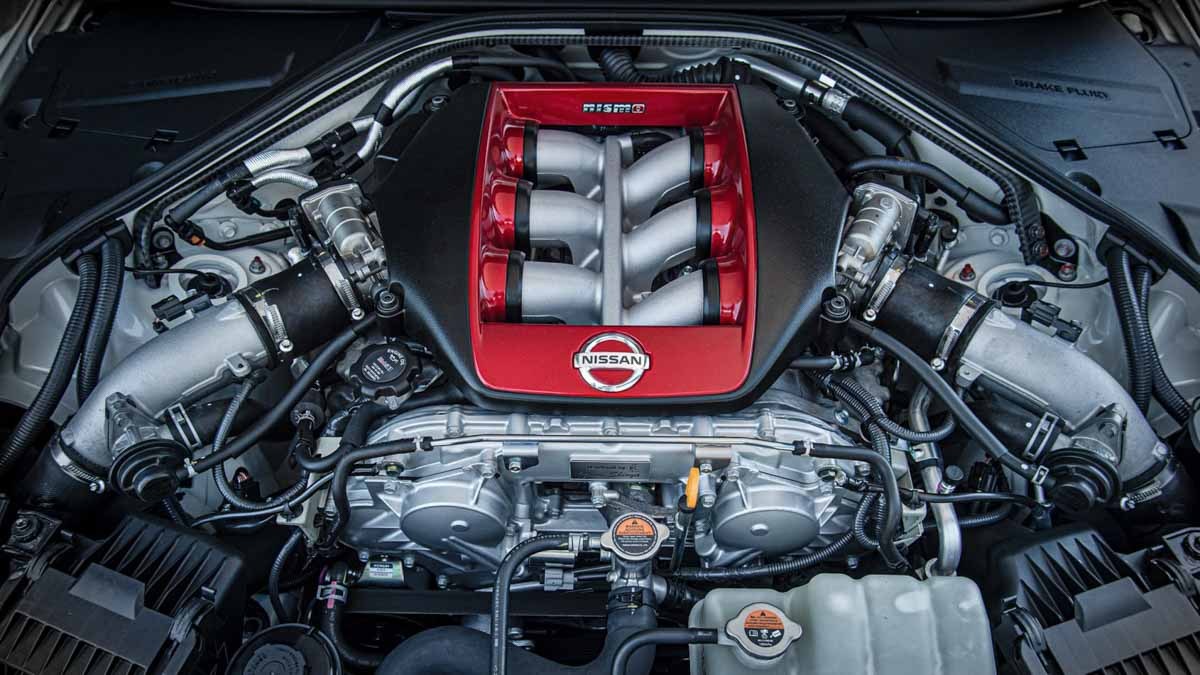 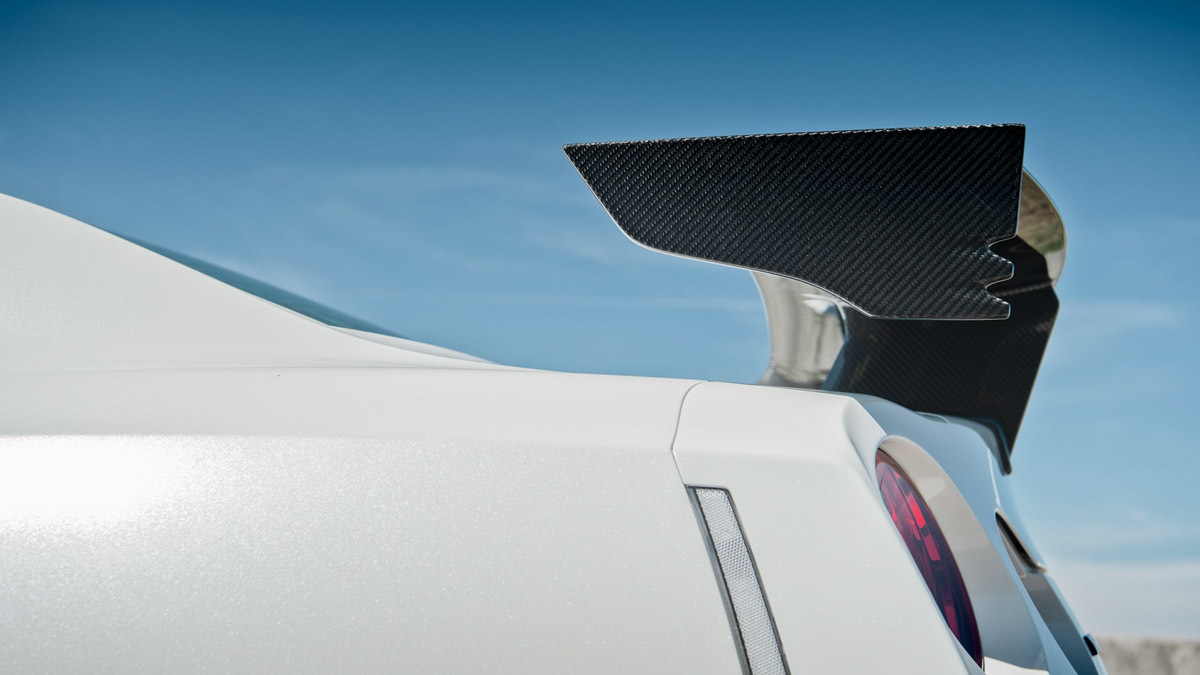 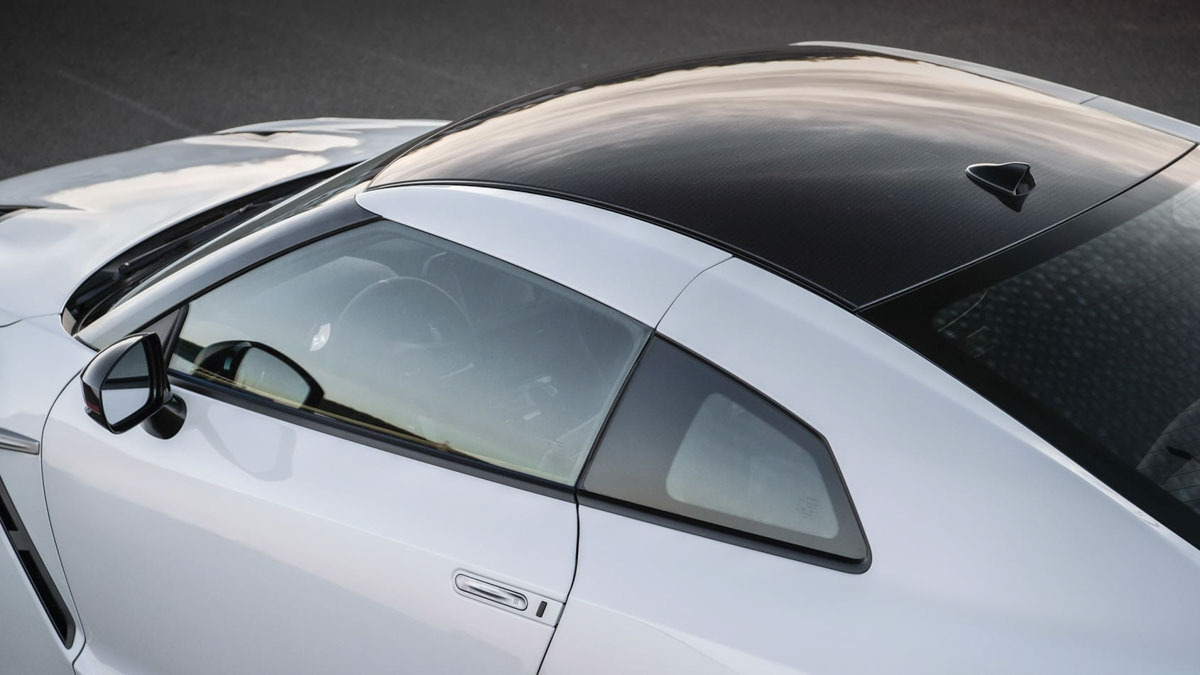 It’s rush hour in Berlin. Traffic lights and road works are conspiring to corral commuters into one lane where three is the norm. When the single file emerges across the junction like paste from a tube it is released onto a surface that is nearly as bumpy as most toothbrushes, riddled as it is with tramlines and cobbles. A paltry 50kph is of course the limit, if you can reach it.

And in the midst of this unhappy maelstrom is the latest Nissan GT-R Nismo. It’s fair to say that this sort of stop-start conga crawl is not its natural habitat. And yet its handling of the situation means that I already know that this car is an improvement on the previous Nismo. It was the tramlines and cobbles that gave it away.

You see, the old Nismo would have been unbearable. It was probably the most stiffly suspended road car I have ever driven. In fact I’m not really sure there was any suspension tucked in the arches at all. It would pick up wheels over pimples and buck like a rodeo horse as its heavy frame fought with the road.

This new one is still the old cheddar side of firm, no question. There is still a hefty jiggling and jittering over rough surfaces, but whereas in the old car every impact felt like you’d hit a square-edged kerb, now the initial collision has been softened just enough to take the wince-factor out of it.

An investigation of the press pack later on will reveal that the Bilstein dampers have been wound back by five per cent in compression and a healthy 20 per cent in rebound. This puts it much more in line with the settings found on the GT-R Track Edition, although the engineers claim the reason they have been able to soften it off is thanks to the savings that have been made in unsprung weight.

Principle among those savings is the 16.3kg lopped off the bottom line by fitting Brembo carbon-ceramic brakes. If you read the bumf for the Nismo then you might get the impression that this is a first for the GT-R, but there was a limited edition R35 back in 2009 called the Spec V that got carbon stoppers. Nonetheless, it seems curious, bordering on the baffling, that carbon-ceramics haven’t been a firm fixture on the R35’s spec sheet, at least as an option. For such a heavy car, with such a technologically forward-leaning shtick, they would seem like a perfect fit. Anyway, they’re here now and a welcome addition.

The other unsprung weight saving is found in the 20-inch Rays forged alloys that have been lightened to the tune of 100g. And that’s 100g total – 25g per wheel. Hardly worth trumpeting you’d think, and probably as noticeable to the driver as the additional 7kg of downforce provided by the vents on the front arches, but the fact this is mentioned does encapsulate the mentality of the men behind the Nismo. They call their approach ‘kaizen’, which means the constant need to evolve and fine-tune. And by now it seems they are very much down to the finest of fine-tunings with the 12-year-old R35.

If you glanced at the numbers, then you might assume the engineers had been unable to find anything to improve under the NACA-ducted bonnet, because the VR38DETT engine is putting out the same 592bhp and 481lb ft as the previous Nismo. However, the V6 is now being blown by turbochargers taken directly from Nismo’s GT3 race car. The essential benefit of them is a reduction in inertia, which Nissan claims results in a 20 per cent improvement in throttle response.

Can you feel the difference? Well, once released from the clutches of the German capital’s congestion, the Nismo charges through the countryside in its familiar fashion. Perhaps the engine revs a little more keenly once it is into its stride above 3000rpm, but fundamentally it’s business as usual. It punches forwards and claws at the tarmac on the way out of corners, clearly making the most of every single ounce of thrust. The only trouble is that ever since this car was launched in 2007 with 473bhp it has felt like it has actually had about 600bhp!

What has made a difference is the revised titanium exhaust. The overriding sounds are still the slightly industrial, almost futuristic noises of air being ripped apart and forced in various different directions, but now there are also additional loud percussive crackles from the exhaust on the overrun. Not very original perhaps, but they also don’t sound quite as artificial as in some cars and I think they’re entertaining.

What’s also entertaining is the way the GT-R’s front end manages to dart into corners. You can feel the weight in the car from the moment you get into it – things such as the very mechanical way the gear selector clunk-thunks through its gate speak of robust internals at work – which then makes it all the more shocking when you turn into a corner and feel the alacrity of the response, like an inner Caterham is fighting to make itself known.

Hit the brakes hard without the car being completely straight and you can feel the mass trying to cut loose, but in a highly manageable way. It remains, perhaps surprisingly, a car that loves being grabbed by the scruff of the neck and really driven. Like you could with the old Aston Vantage, you can tell that this is, ironically, a car from a more analogue generation and all the nicer for it in many ways. Far from doing everything for you, it wants you to roll your sleeves up and get involved with the process of making progress down the road.

And what about making progress round a track? Fortunately, a couple of hours south of Berlin lies the Lausitzring, which was built on an old coal mine at the end of the last century and looks a bit like Rockingham on steroids. A dozen or so laps split, helpfully, between new and old Nismos reveals three major things.

Firstly, as you would expect, the carbon brakes are fantastic. It’s not that they have appreciably more power, just that there is more progression through the pedal and far less smell after a couple of laps.

Secondly, the car’s front end is more responsive and adjustable. There are several long-radius, third-gear hairpins on the Lausitzring’s infield and keeping the nose tucked in as you wait for a late apex is noticeably easier. This might be partly due to some of the new carbonfibre body panels, the roof being most notable, which save a total of 10.5kg. However, the more likely candidates are the suspension tweaks allied to the new Dunlop tyres that have a stickier compound and an 11 per cent larger contact patch, resulting in a five per cent increase in cornering force.

Finally, the gearbox in R mode has an improved algorithm for shifting when left in auto. This might not sound very appealing, but it’s spookily impressive, and if you were learning a new circuit then it would give you one less thing to think about while you worked out lefts and rights and braking points.

Ultimately, the Nismo can’t disguise its 1725kg weight as well on track as it does on the road. At the limits of adhesion it feels large rather than lithe, yet it also manages not to feel leaden. It storms round with a sort of irresistibly appealing momentum. Twelve years on, it’s still impressive.

However, I think there is a part of me that is impressed by an R35 GT-R because I can’t help but think of them as the bargain they once were. But the Nismo definitely isn’t a bargain. I’m also not sure that it’s wildly better than the very first R35 that I drove. Sure, it has been quietly refined and improved over more than a decade, but the fundamental sensations are all the same. And that original car cost just $65,500, whereas this Nismo retails at three-and-a-half times that amount at $216,468. Yes, Porsche manages to have a huge gap between a base Carrera and a GT2 RS, but there is also a yawning gulf between those two versions of the 911 in terms of feel and performance. I don’t think the same can be said of the current GT-R portfolio.

Of course, nothing else will give you the sensations that a GT-R does. No Aston or McLaren or Lexus will behave or feel the same as the big Nissan. It’s still something of an outlier in the performance car market and as a result there are no substitutes for those in its thrall. And if you want the ultimate then the Nismo is undoubtedly where it’s at. However, for me the substantially cheaper (and only 30bhp weaker) Track Edition is still the sweet spot of the GT-R range.

And of course, whether crawling past banks or hammering round banking, this latest and surely final iteration of the R35 does reignite one very big question: when will we see an R36? 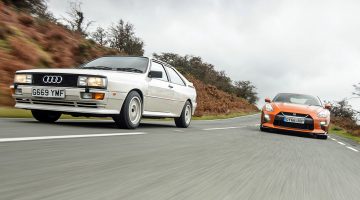 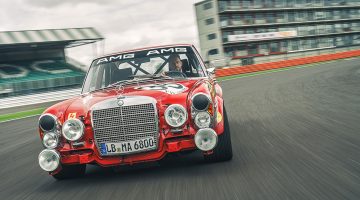