Bentley claims the new GT Speed is its most performance-focused car ever. After lapping Silverstone’s GP circuit it’s hard not to agree 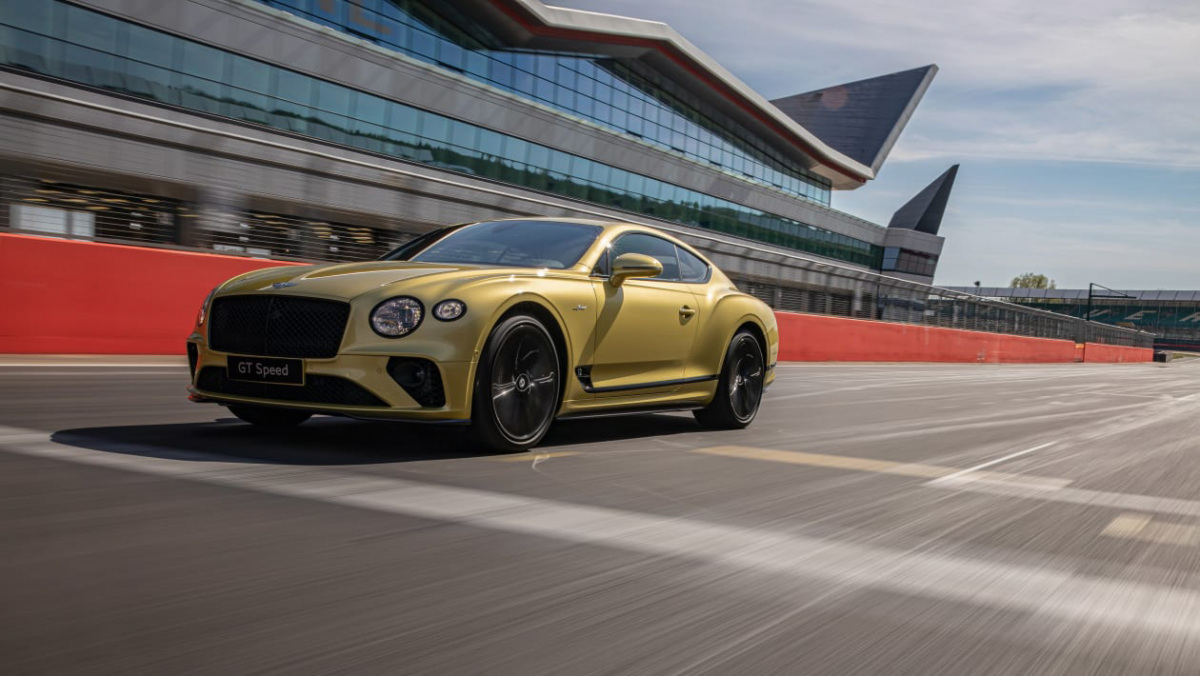 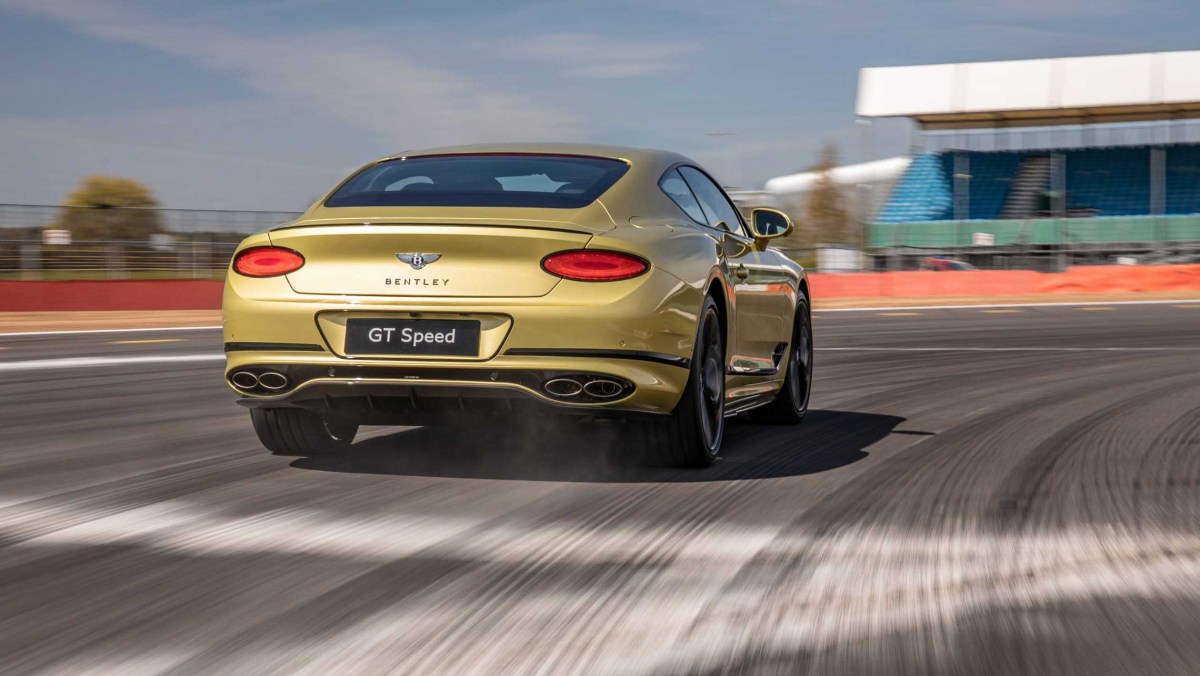 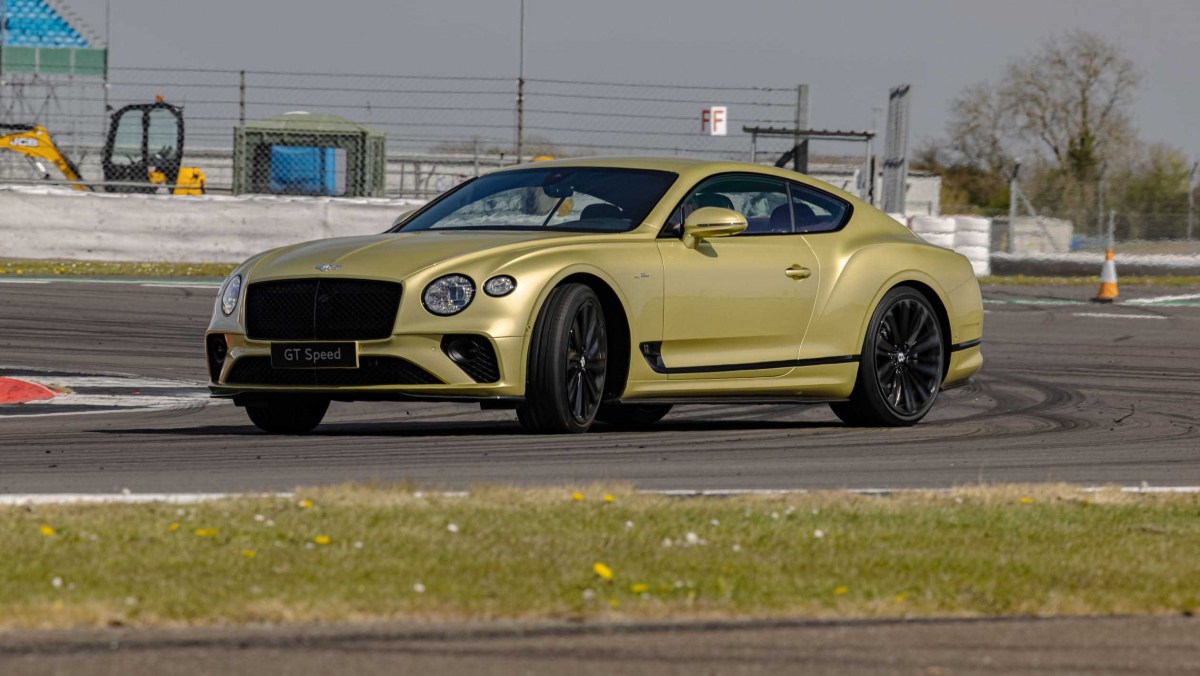 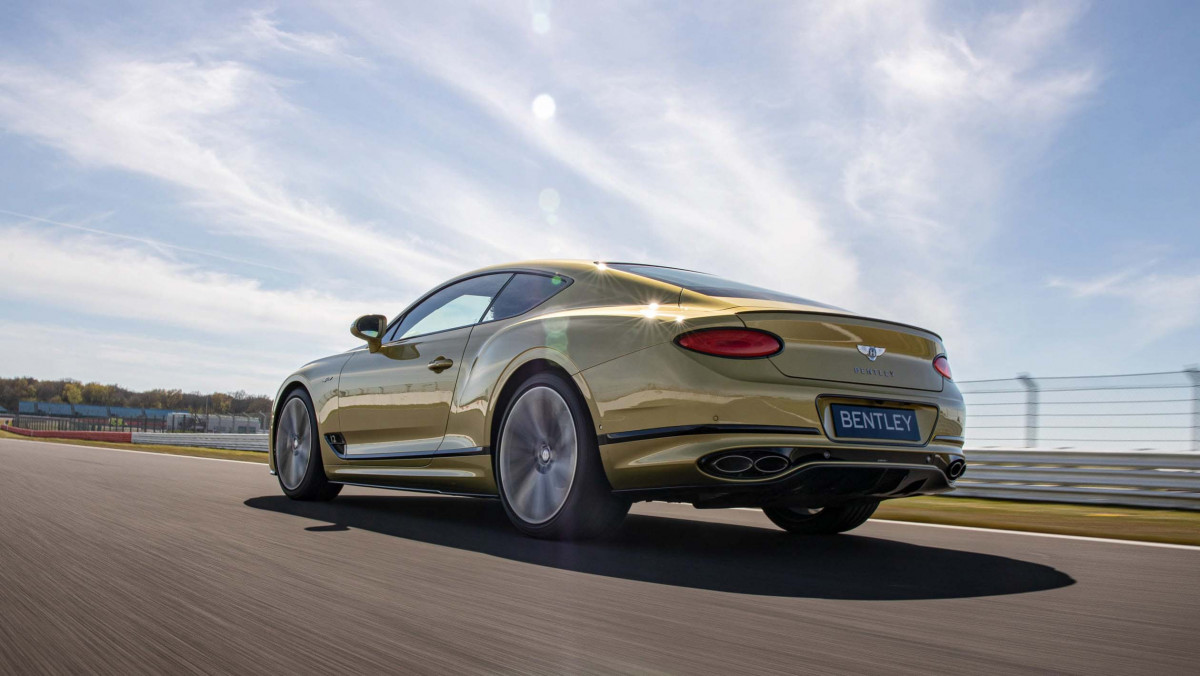 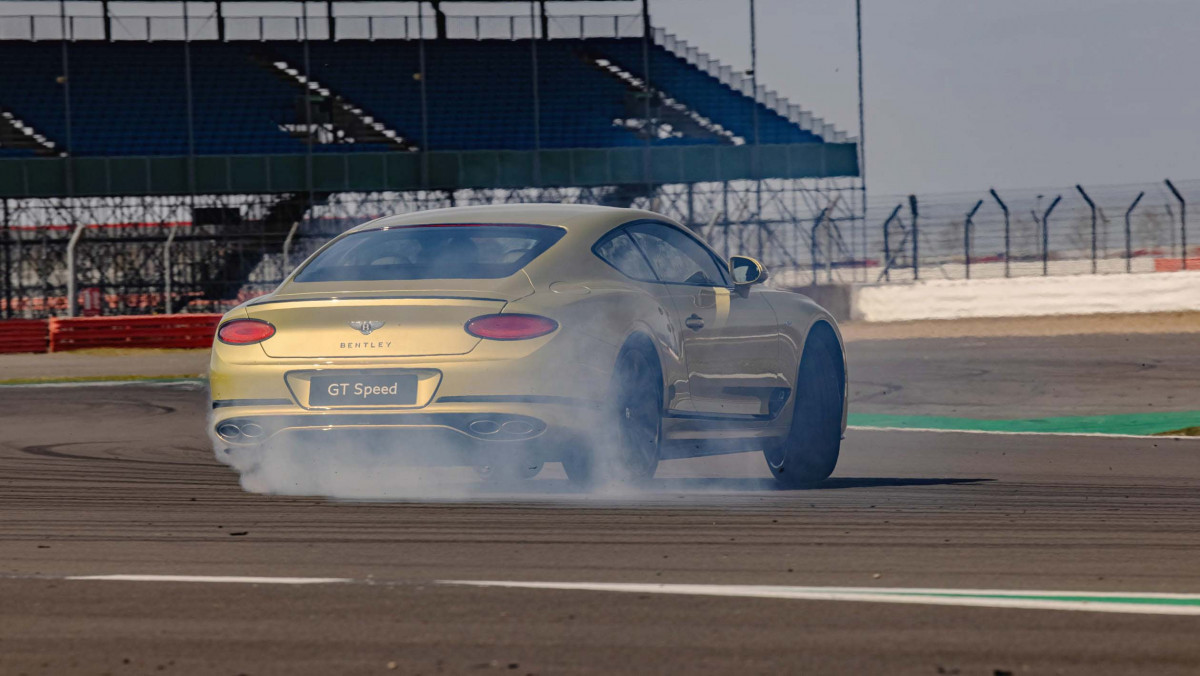 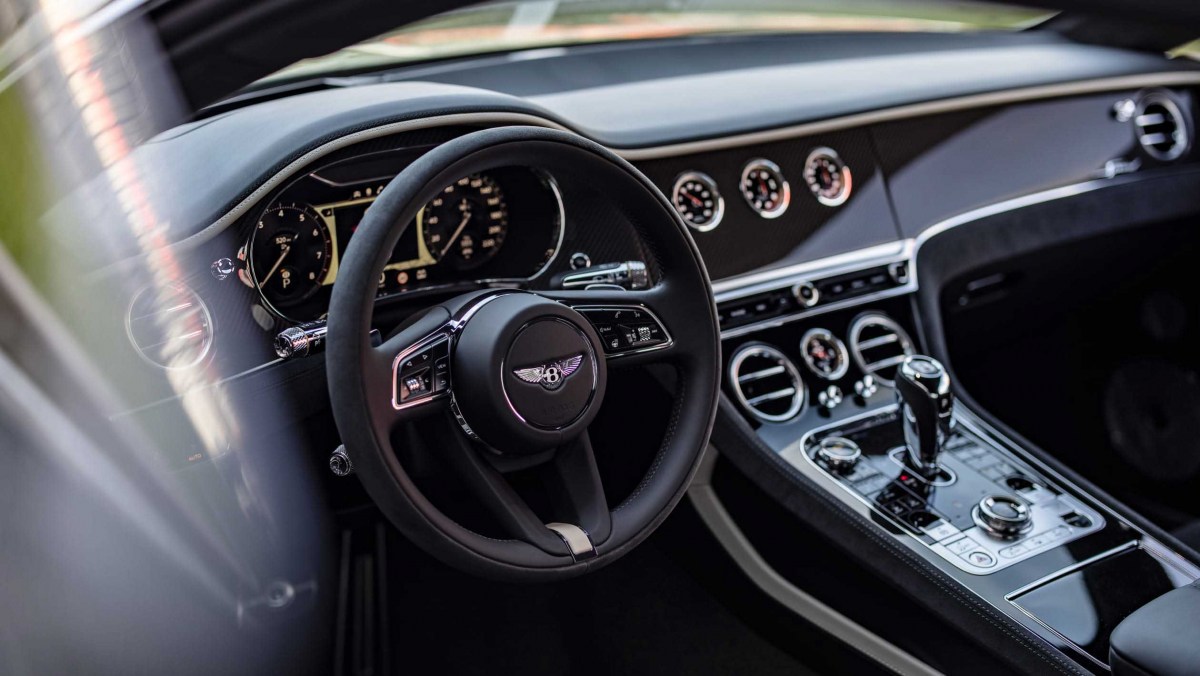 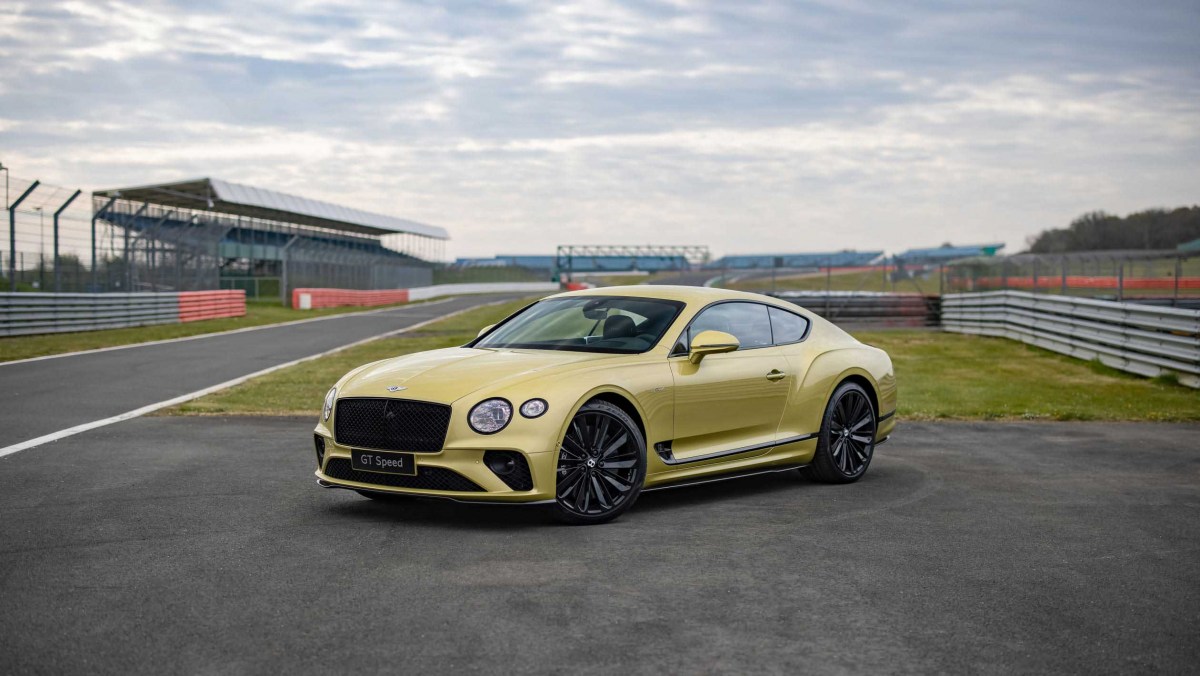 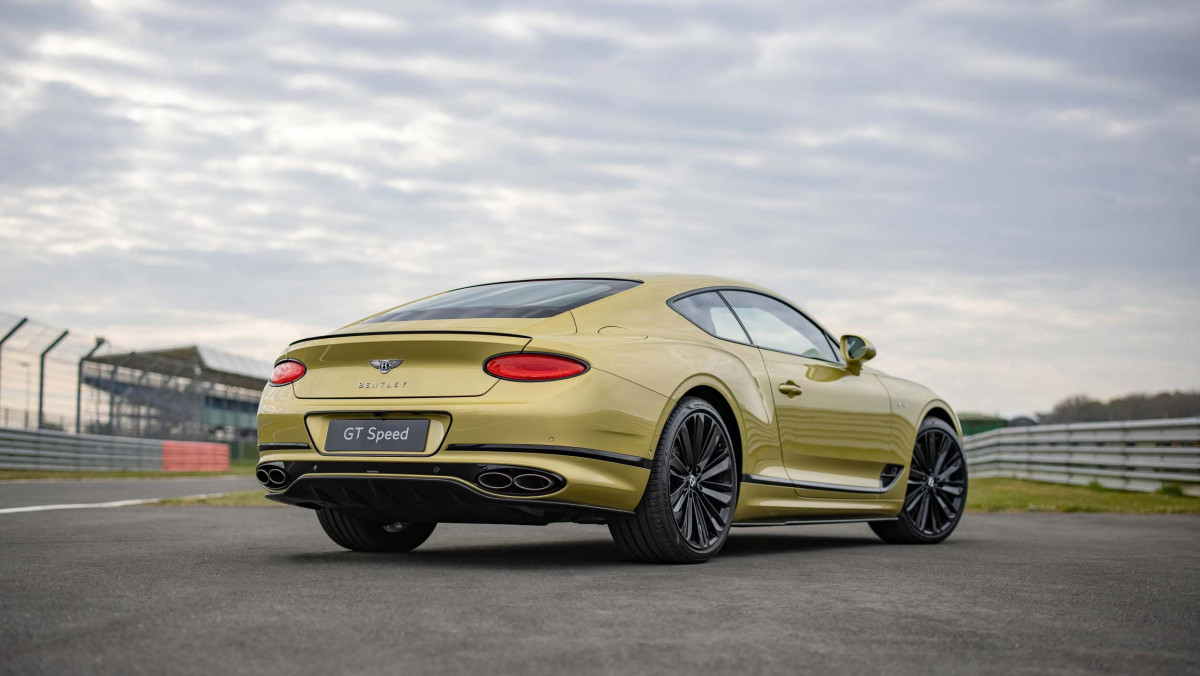 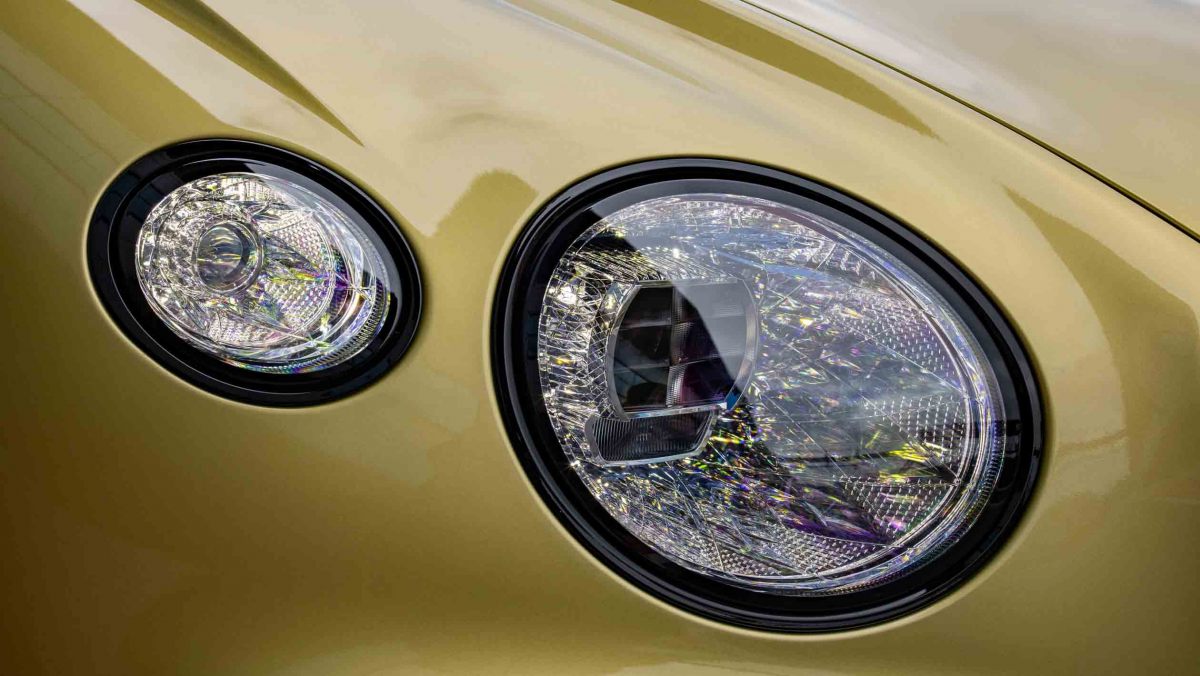 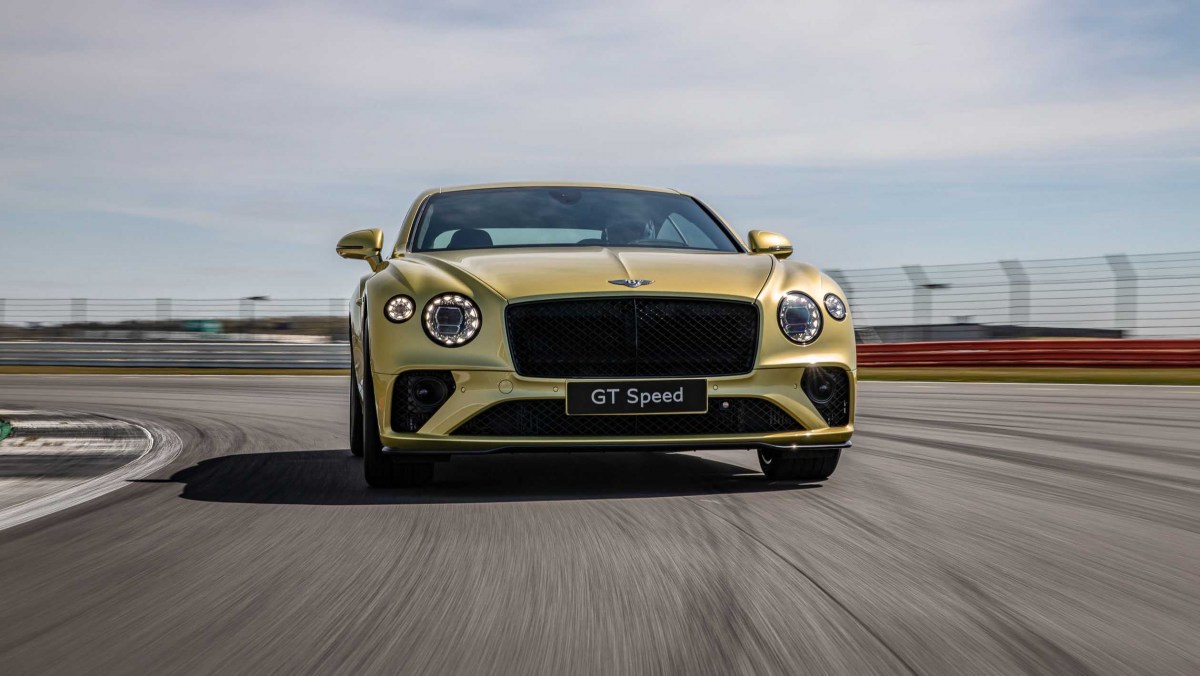 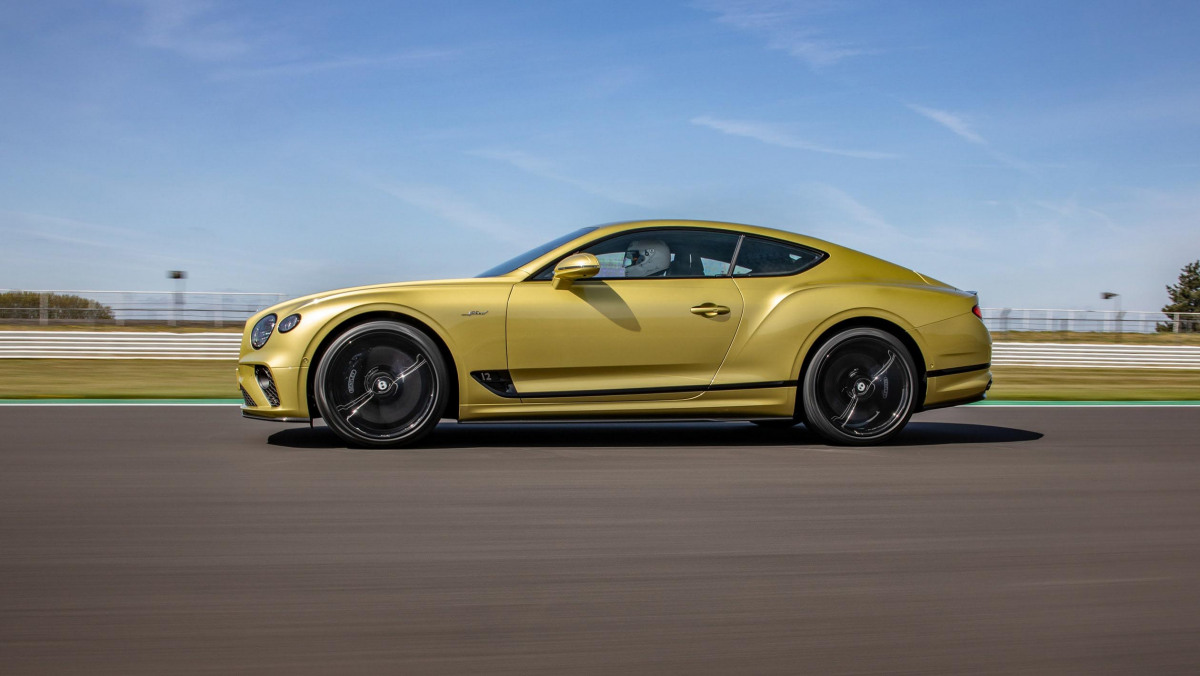 We know Bentley has thrown its hat into the electric car ring, planning to switch to the production of EVs only before the end of the decade. But it has also confirmed that, like fellow VW Group family members Audi and Porsche, it is looking at bio and synthetic fuels, too.

So it’s not about to throw the baby out with the bath water, and while it develops its Pyms Lane production facility in preparation for building the first all-electric Bentley, the engineers at Crewe are still very much engaged with developing the current range of internal combustion engined Bentleys, too. After all, today’s government legislation could easily be tomorrow’s U-turn.

It’s why the Continental GT’s development continues as planned: W12, V8, coupe and convertible, Mulliner’s dozen Bacalar specials and now the new GT Speed, here in coupe form (the convertible equivalent has also been announced). Powered by Bentley’s W12 motor, it’s claimed to be the most dynamic grand tourer you can buy, and after some swift laps of Silverstone’s GP circuit we think there’s every chance it could live up to this claim – something we’ll confirm when we drive it on the road this autumn.

Bentley’s 6-litre, twin-turbo 12-cylinder engine has never been a shouter or a screamer, rather it’s a subtle sledgehammer to crack any size nut you care to put in front of it. Adding 24bhp to an already sizable 626bhp is an increase you’ll need a dyno readout to identify, but where your regular W12 produces its peak at 6000rpm, in the Speed its 650bhp arrives at 5000rpm and sticks around for another 1000rpm. Torque remains unchanged at 664lb ft.

Shift speeds of the eight-speed automatic have been remapped to be sharper when you select Sport mode through the Dynamic Ride system, but they remain as seamless as ever in Comfort or ‘Bentley’ mode.

This all adds up to a 2200-plus kg, four-wheel-drive coupe that’s capable of accelerating to 100kph a tenth quicker (3.5sec) and reach a 2kph higher top speed (335kph) than the standard W12 model.

For a new model with Speed in its title, some might consider the circa three percent increase in power and the single tenth of a second reduction in the benchmark acceleration time a little lacklustre, but the new GT Speed is about dynamics rather than drag racing. Its chassis has therefore been upgraded with the four-wheel-steering system that was first seen on the latest Flying Spur, as well as an electronic limited-slip differential.

Sport mode of the Dynamic Ride software now operates across a wider bandwidth, too, allowing for the three-chamber air suspension and adaptive dampers to provide more solutions to the challenges you ask it to tackle. So where in the past when Bentley made Sport more sporty it meant Comfort was less comfortable, now Sport has more to offer in more extreme circumstances while Comfort mode is unchanged.

The new four-wheel steering not only enables the rear wheels to turn in the opposite direction to the fronts at low speeds and the same direction at high speeds, but it has also allowed the Crewe engineers to use a quicker steering ratio than on the regular W12. The new e-diff sits on the opposite side of the rear axle to the rear-wheel-steering components.

Changes to the ESC system allow for a more measured approach to monitoring and managing slip depending on the driving mode selected, with the updated Sport mode allowing more movement before stability control intervenes. And when you switch ESC off, Bentley claims the new e-diff offers a level of progression and feedback rather than leaving you feeling totally on your own.

The standard brakes are the cast-iron items carried over from the GT W12, but Bentley has developed a new carbon-ceramic set-up specifically for the Speed, with 440mm discs and ten-piston calipers for the front and four-piston units at the rear. And while the brake’s pads remain the same size they have their own unique compound and are copper free to meet the latest US regulations.

Around Silverstone’s Grand Prix circuit? Unexpectedly impressive. It’s no track car by a long shot, but the high-speed corners, sharp-intake-of-breath Becketts-Maggots complex and the four dragstip-length straights couldn’t be better to highlight the Speed’s upgrades.

Road cars can often feel lost on Silverstone’s wide course, but the GT Speed doesn’t want for much when it comes to shrinking the Hangar Straight; being able to properly unwind the W12 is far more liberating than any second or two burst you might get away with on the road. Each upshift is met with a hearty shove, every one of those 650 horses making themselves felt as torque bleeds into power with each 100rpm increase.

As the tacho sweeps passed 5k the Speed doesn’t hold back. Bentley’s W motor is no Ferrari V12, and the twin-turbo V12 in Aston Martin’s DBS Superleggera feels more feral, but the GT Speed doesn’t embarrass itself in this respect.

It will at the first sign of a braking point though, won’t it? Not in the slightest if our track time is anything to go by. There’s more initial travel to the brake pedal than you’d anticipate from ceramic brakes, and they don’t stand the GT Speed on its nose as similar systems do on more focused cars, but Bentley’s engineers were keen to maintain a level of progression on the road, to match what the firm’s customers expect. So while there isn’t instant sharpness when you first hit the pedal, there is indeed a progressive feel, and on the first couple of occasions when you call upon the might of those monster discs you find yourself wiping off more speed than you intended. However, within a couple of braking zones you’ll be in the groove.

What about the corners? The GT Speed weighs the wrong side of two tons and has 12 cylinders, plumbing for two turbochargers and a pair of driveshafts up front, so it’s going to rip the tarmac from the surface the first time you ask its Pirelli P Zeros to change direction at speed, right? Er, no, not quite. The Pirellis, which have the same compound and rating as those found on a regular W12, generate plenty of grip and the front turns in much more cleanly and with more precision than its GT relatives. But it’s how the rear axle, with its ability to adjust its angle of attack accordingly, comes into play that really makes the difference, providing a clearer connection between front and rear axles so the car seemingly pivots around your hips as the front tyres run through the apex and the rear carves a clean arc as it follows.

Reduce the stability systems and while this won’t turn the GT Speed into a GT2 RS, it does let you experience just how capable Bentley’s GT is. There’s an unexpected level of poise as the front grips, the body settles and the rear is at the behest of your right foot and wrists. Small steering corrections result in precise movements, each widening of the throttle opening exercising the diff as torque is distributed between each wheel, the Bentley smoothly transitioning between grip and slip at your command.

Through Silverstone’s quickest corners the key goals Bentley’s engineers were striving for – high-speed stability, consistent braking, confidence-inspiring balance and a high level of dynamic precision – have all been scored. We’ll need to drive it on the road before delivering a definitive verdict, but on this first track drive the GT Speed offers an unexpected and impressive blend of being a grand tourer willing to turn its four wheels to sprinting when required.

Starting at around $250,000 the Bentley Continental GT Speed squares up to Aston Martin’s $250,992 DB11 AMR V12, which doesn’t have the opulence of the Bentley but is in the region of 400kg lighter, making it a more agile driver’s car. Until September 2020 you could also give Ferrari $276,707 for its V12-engined, four-wheel-drive GTC4 Lusso, but now you’ll need to head to the used classifieds to find one of those, which remains a hugely tempting alternative.