As the mods go up, the times come down – the road-legal production car record at the ‘Ring is broken again by the 911 GT2 RS. 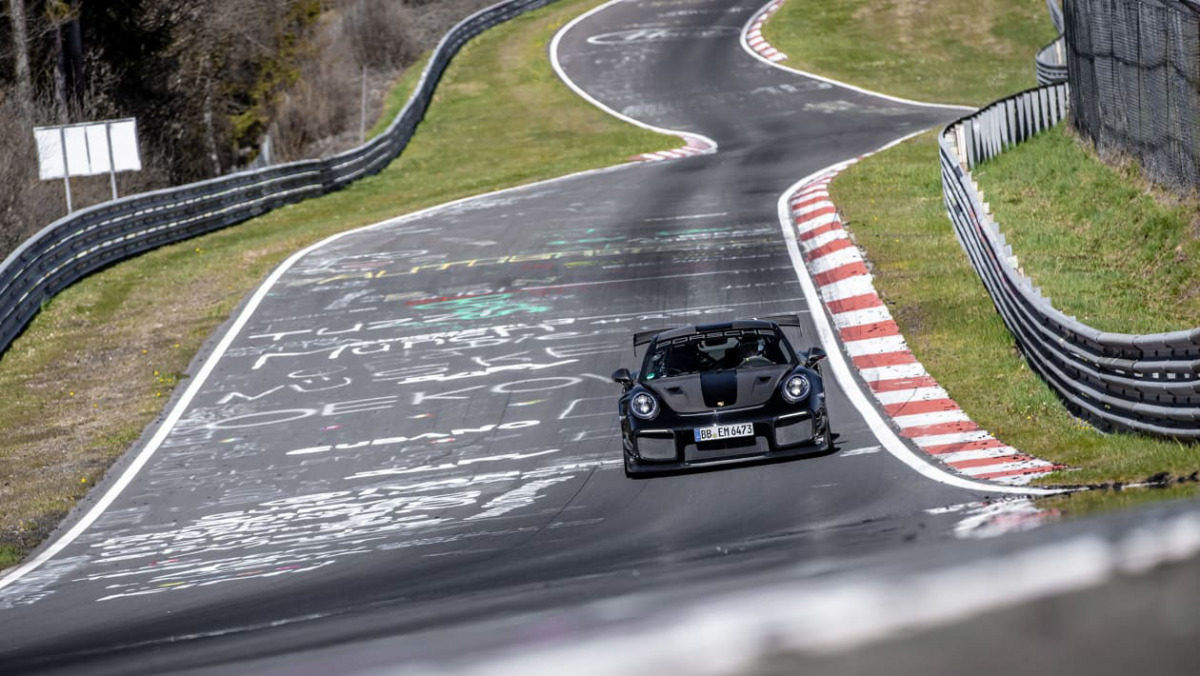 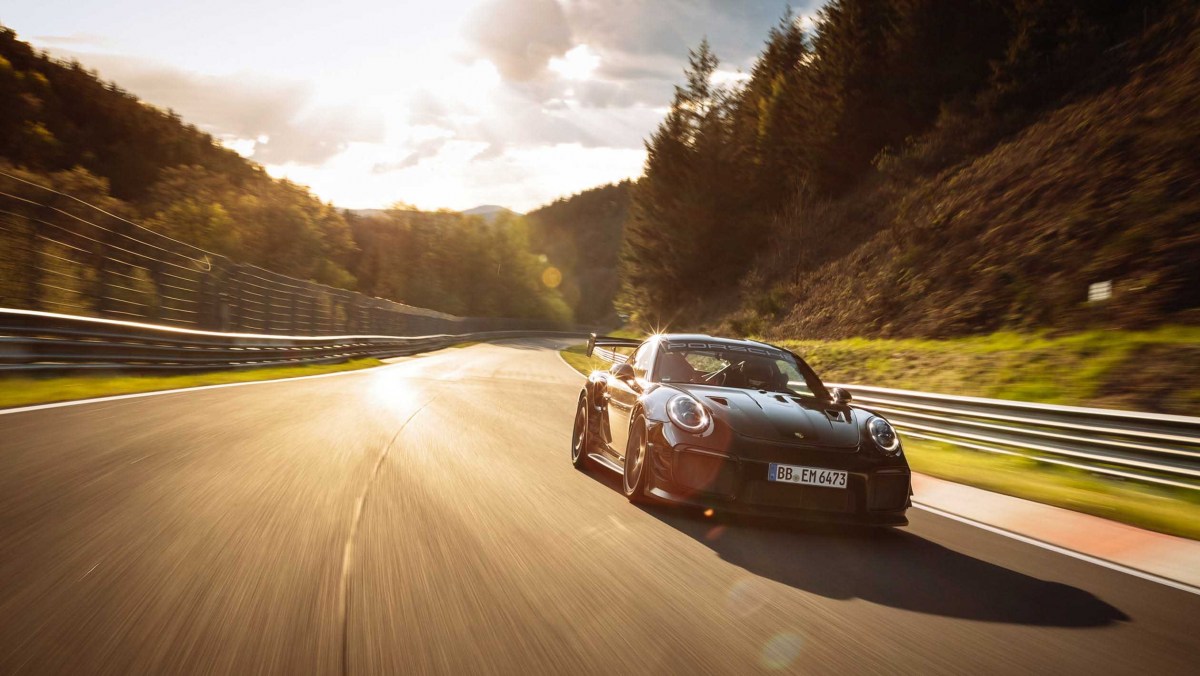 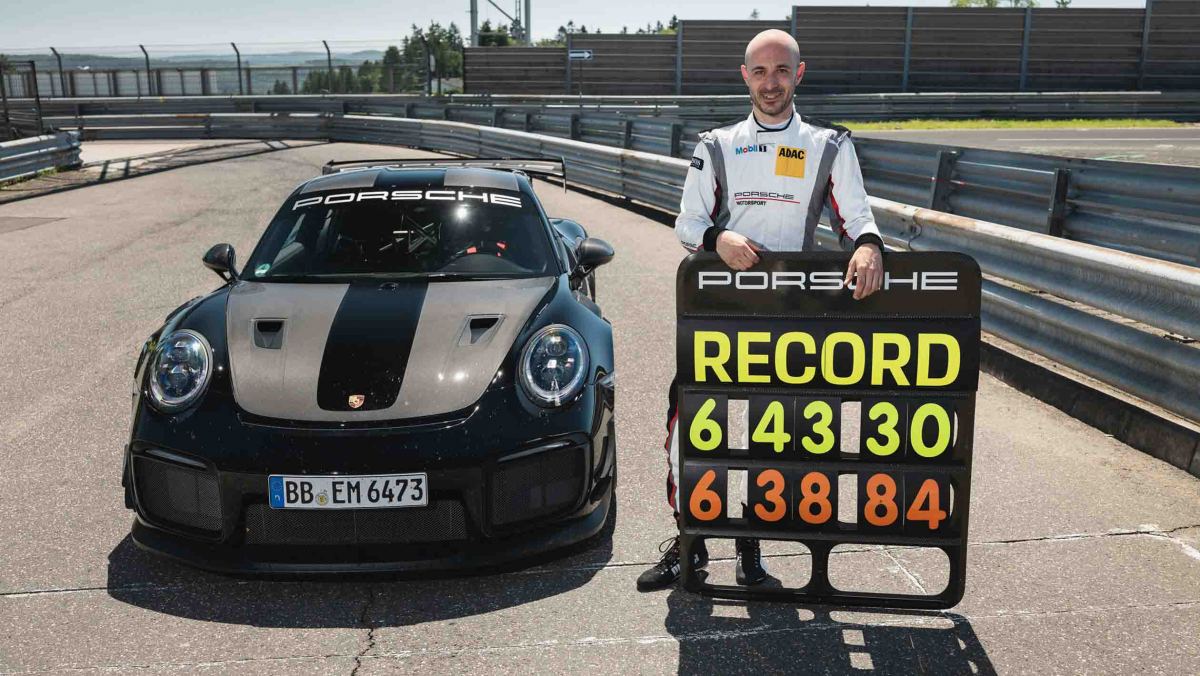 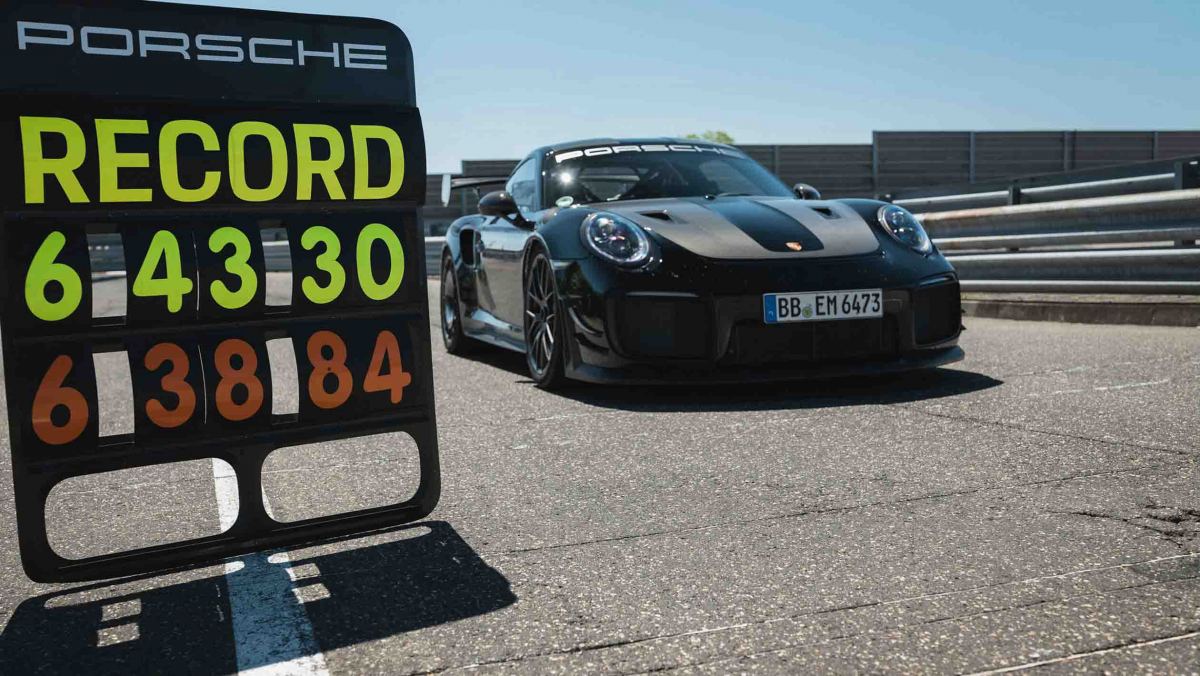 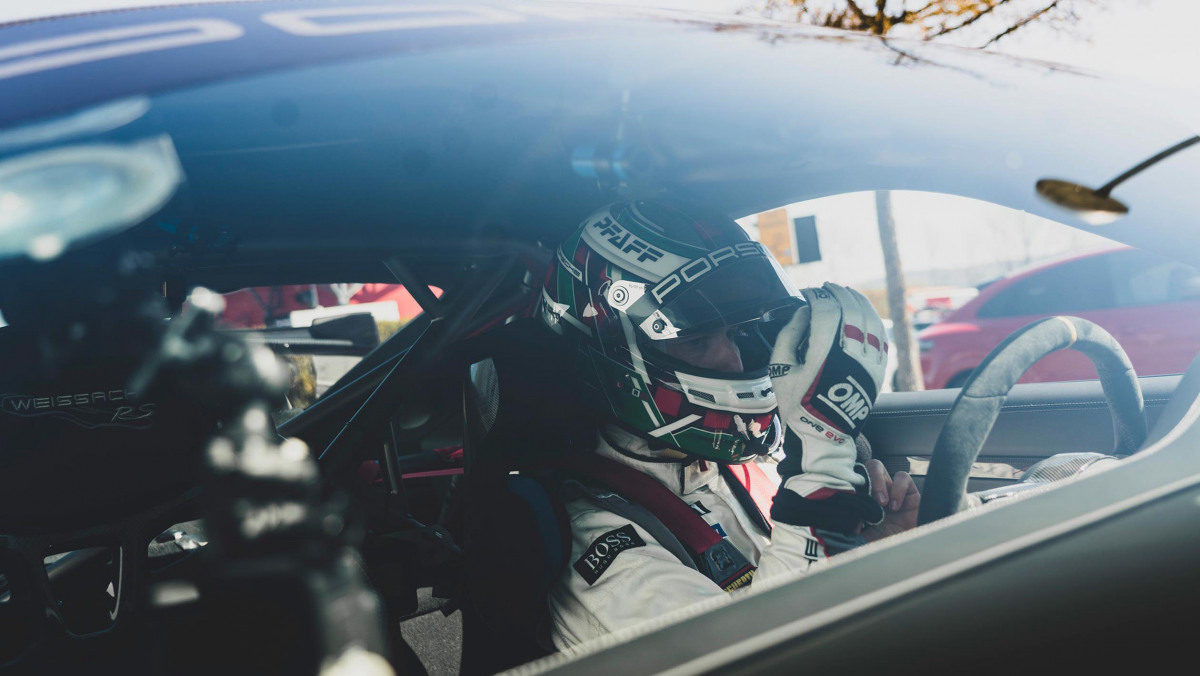 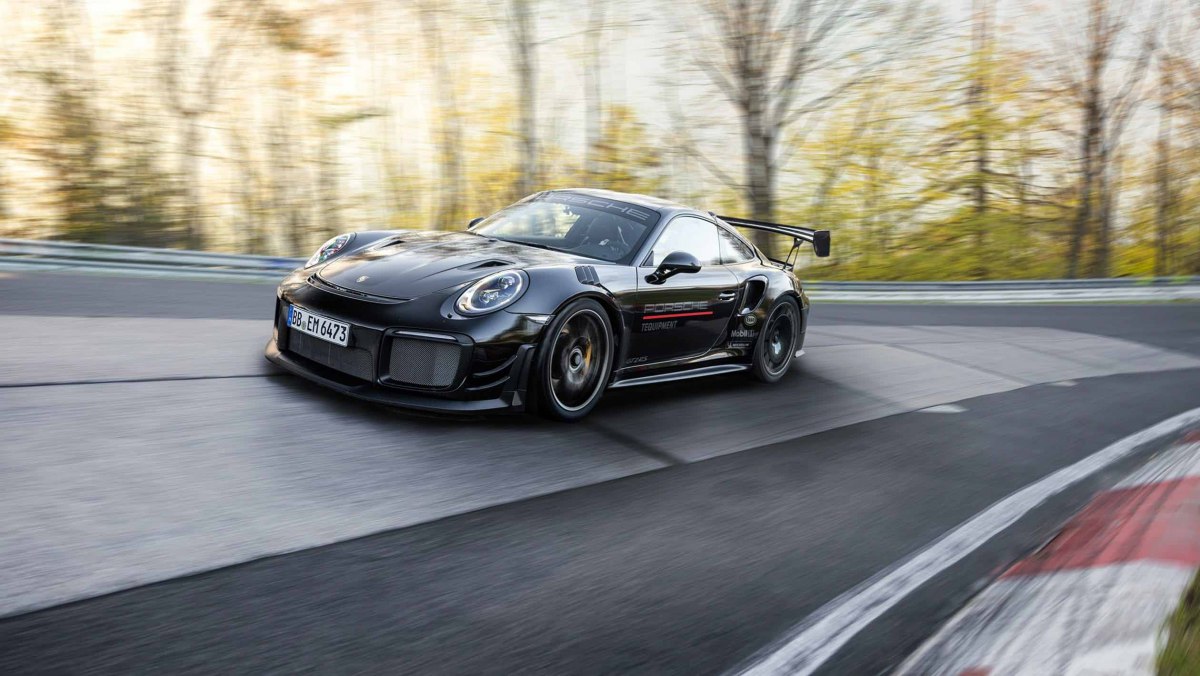 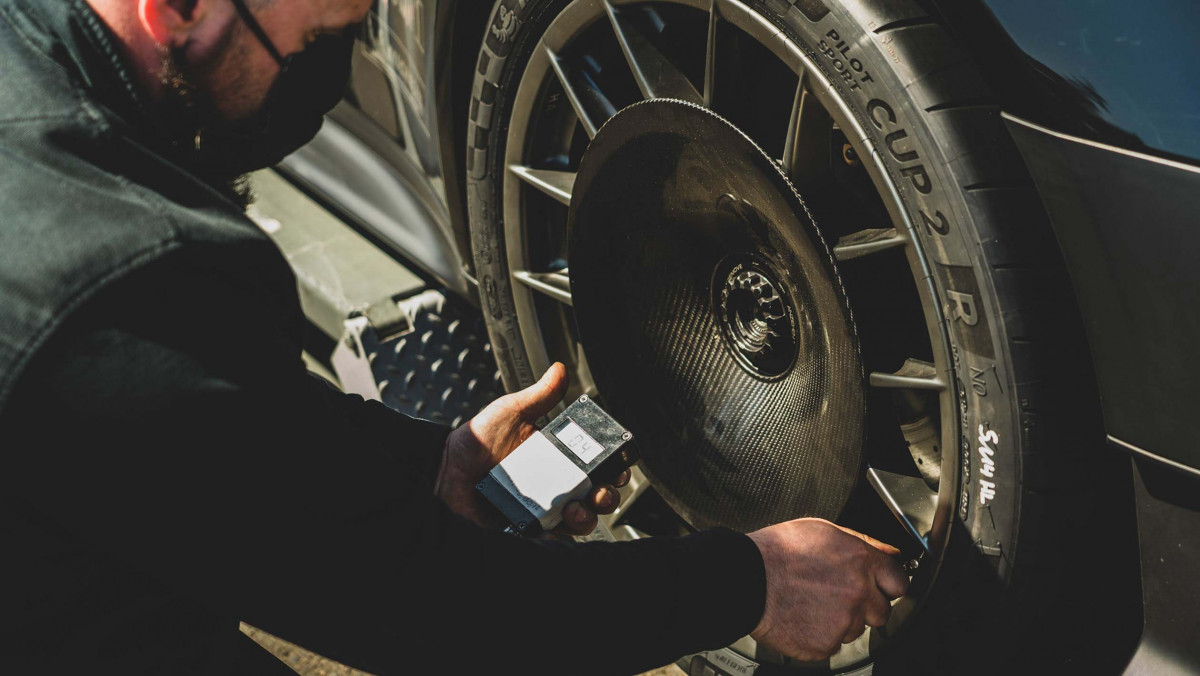 Porsche has set yet another new lap record at the Nürburgring Nordschleife, breaking this time-honored barrier with the help of Manthey Racing and Porsche development driver Lars Kern. The new lap time of 6:43.3sec sets the mark for a road-legal production car and was achieved in a 991.2-generation 911 GT2 RS fitted with Manthey Racing’s latest upgrade kit. This is 4.747sec underneath the previous record, which was also held by the potent combination of a Manthey Racing-fettled GT2 RS and Lars Kern.

The new kit comprises chassis, braking and aerodynamic upgrades which sit on the aforementioned GT2 RS, and are available through Porsche’s approved accessories program. The changes are subtle but effective, and start with new manually adjustable coilovers at both ends, each of which were set up specifically for the Nordschleife.

There is a new pad compound used for the GT2’s standard PCCB ceramic brakes, supported by steel-encased brake lines that help with pedal feedback and driver confidence – important factors when approaching Aremberg at over 322kph.

Despite some already pretty intensive aero in the standard car, Manthey replaced both the front dive planes and rear wing with its own units, increasing downforce from 49kg to 70kg (at 200kph) at the front, and more than doubling the standard rear axle’s 93kg downforce rating to 200kg at the same speeds. This increase in downforce is also just as much for driver confidence and high-speed stability than it is for ultimate lateral grip.

The sticky subject of rubber is also pretty clear-cut in this case, with Porsche utilising standard Michelin Cup 2R tyres on its 20- and 21-inch staggered magnesium wheel design. The rear wheels also feature carbonfibre wheel plates, which are just as much a visual Manthey Racing signature as they are functional.

Mechanically the GT2 RS is mostly unchanged, with the only upgrade being a water-jet cooling system for the intercoolers. As such, there’s no increase on the standard car’s 691bhp power figure.

Whether the Manthey Racing GT2 can be considered a ‘standard’ road-legal car is up for discussion, but considering it can legally use a McDonalds drive through, it does indeed count.