The ultimate road-going 911: fast, ferocious, surprisingly accessible but with a real sting in the tail. 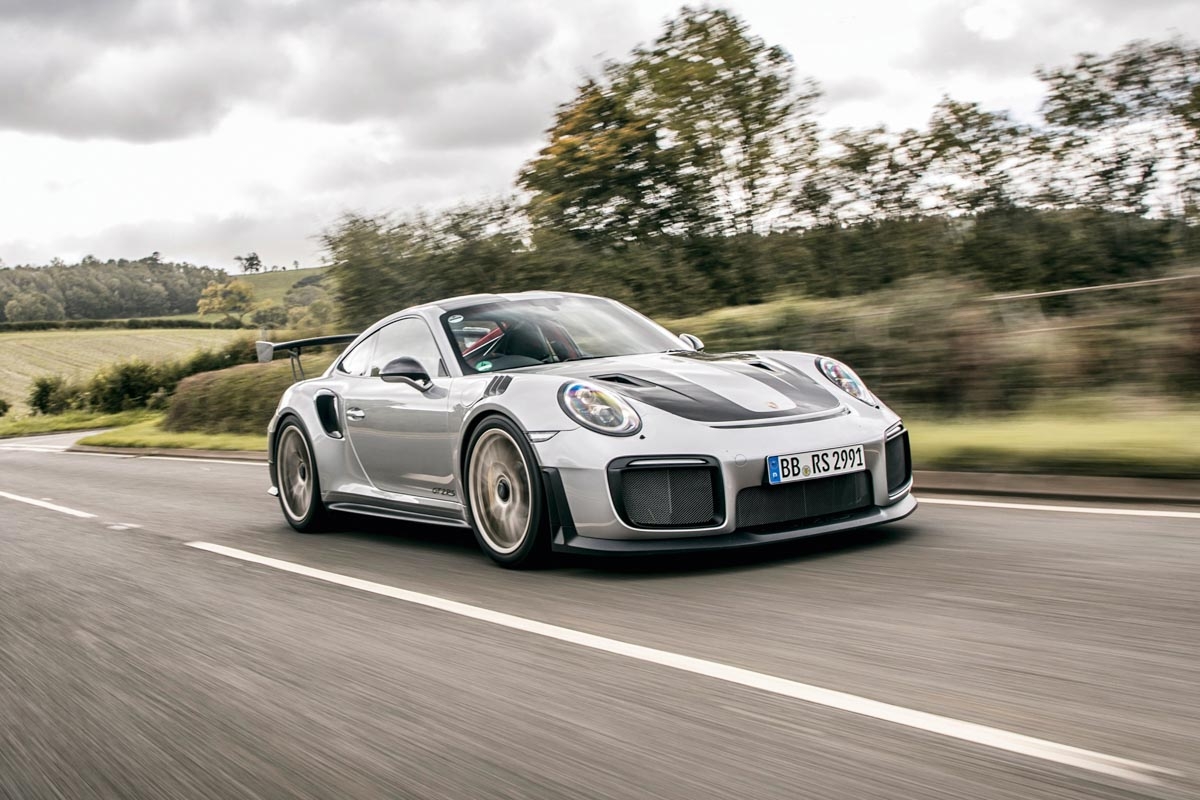 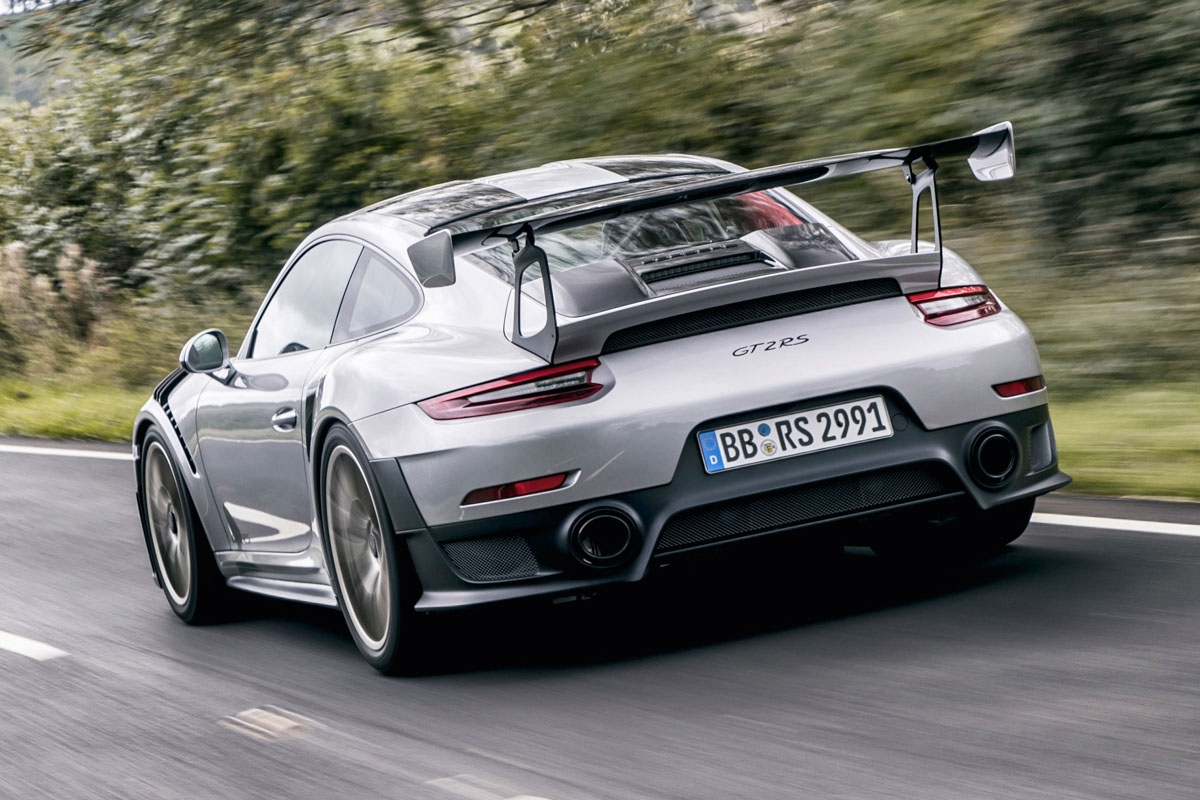 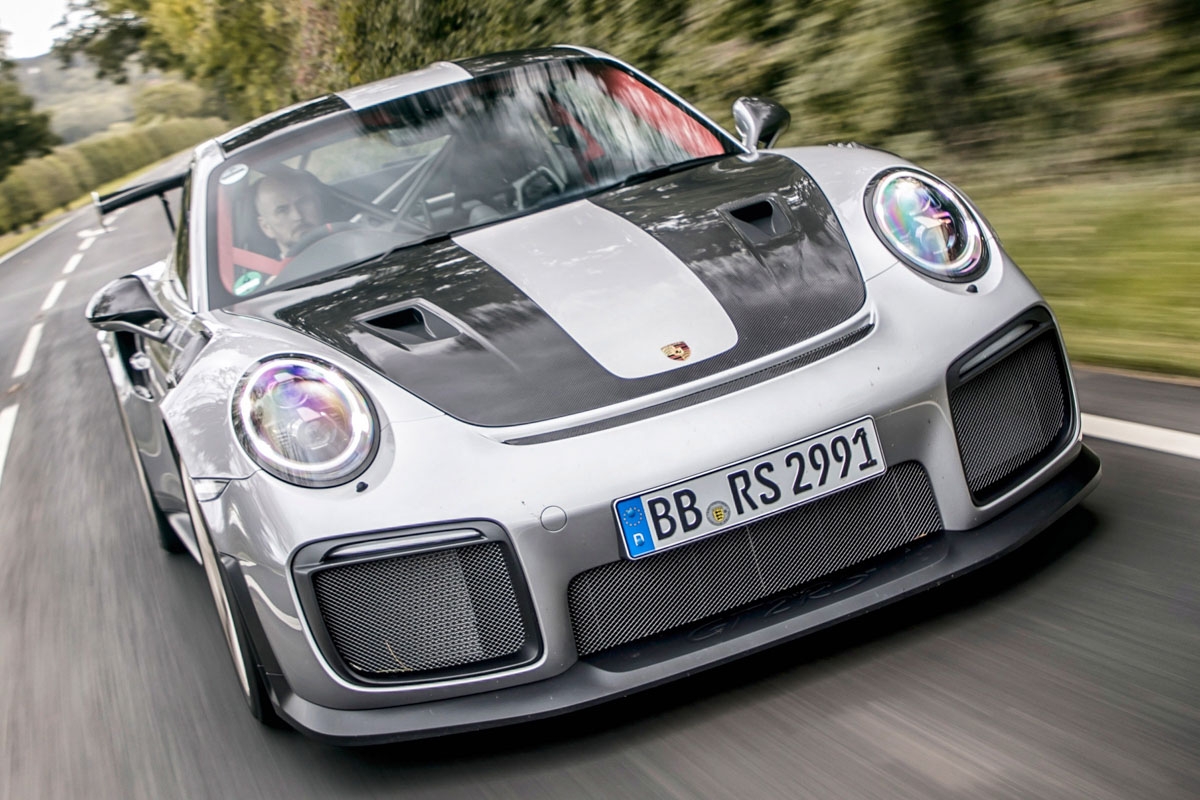 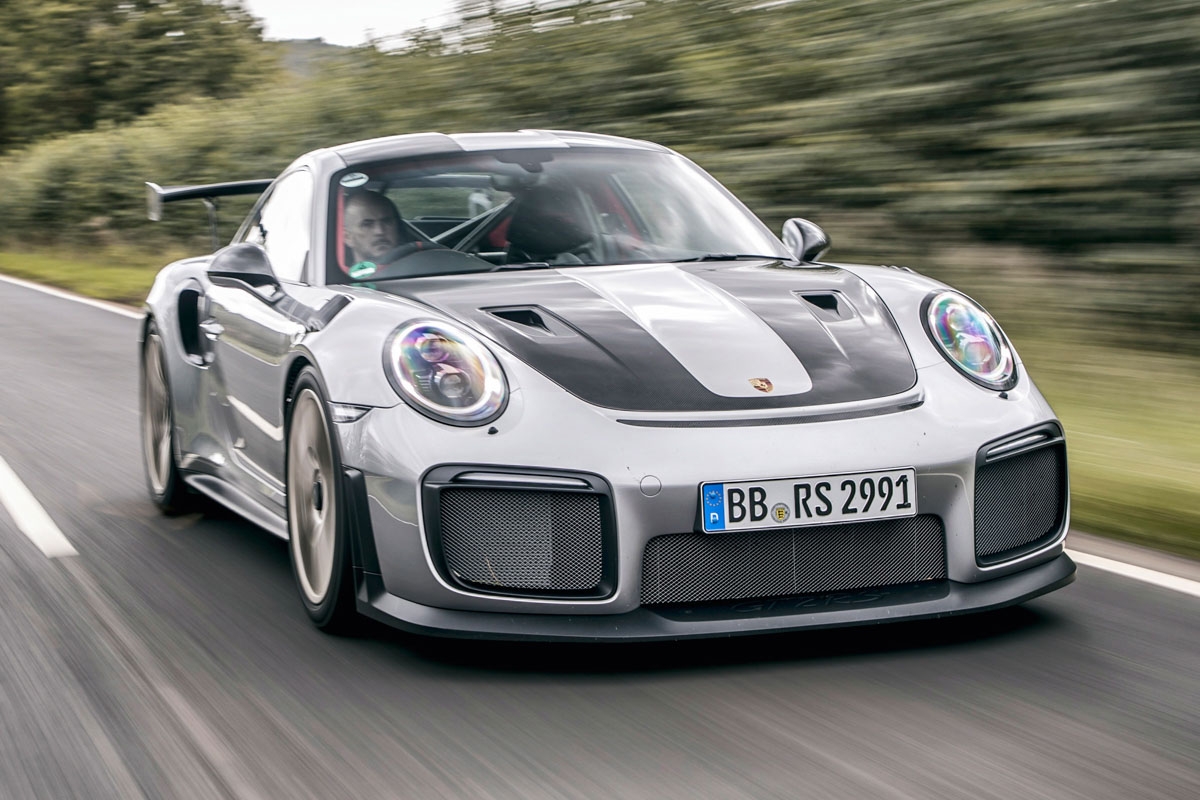 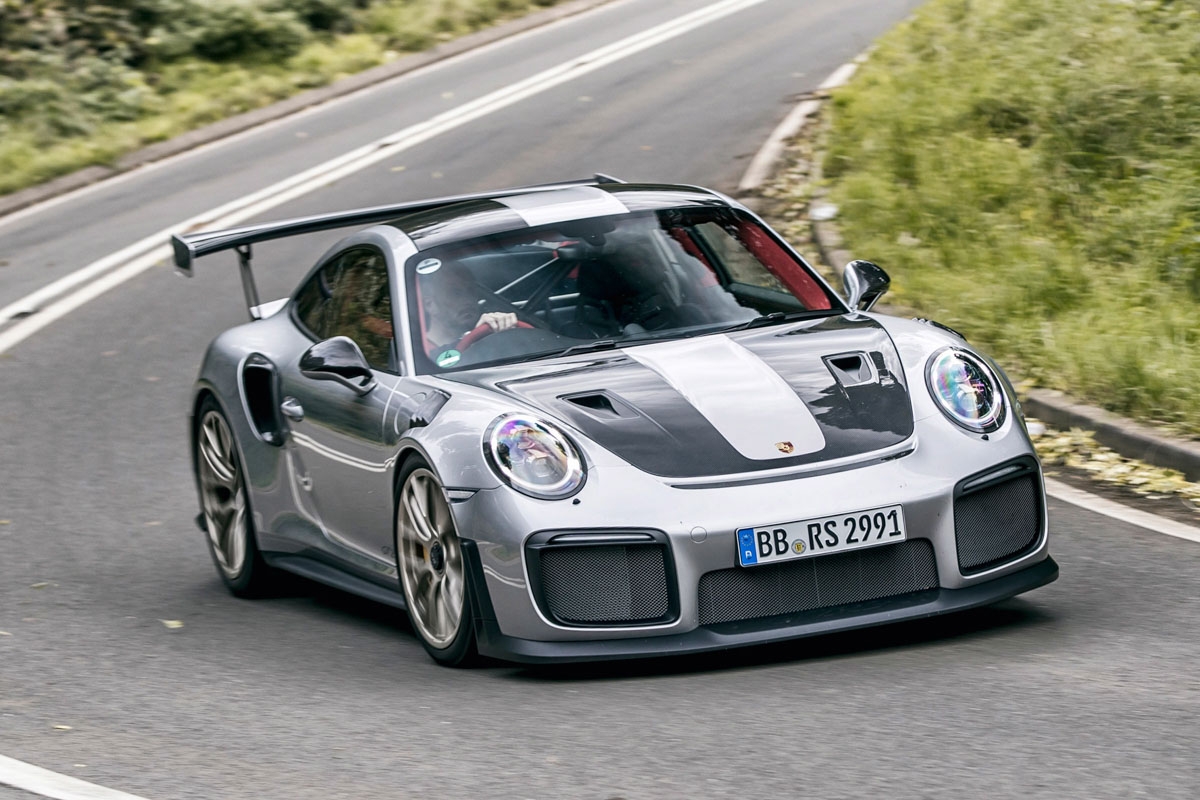 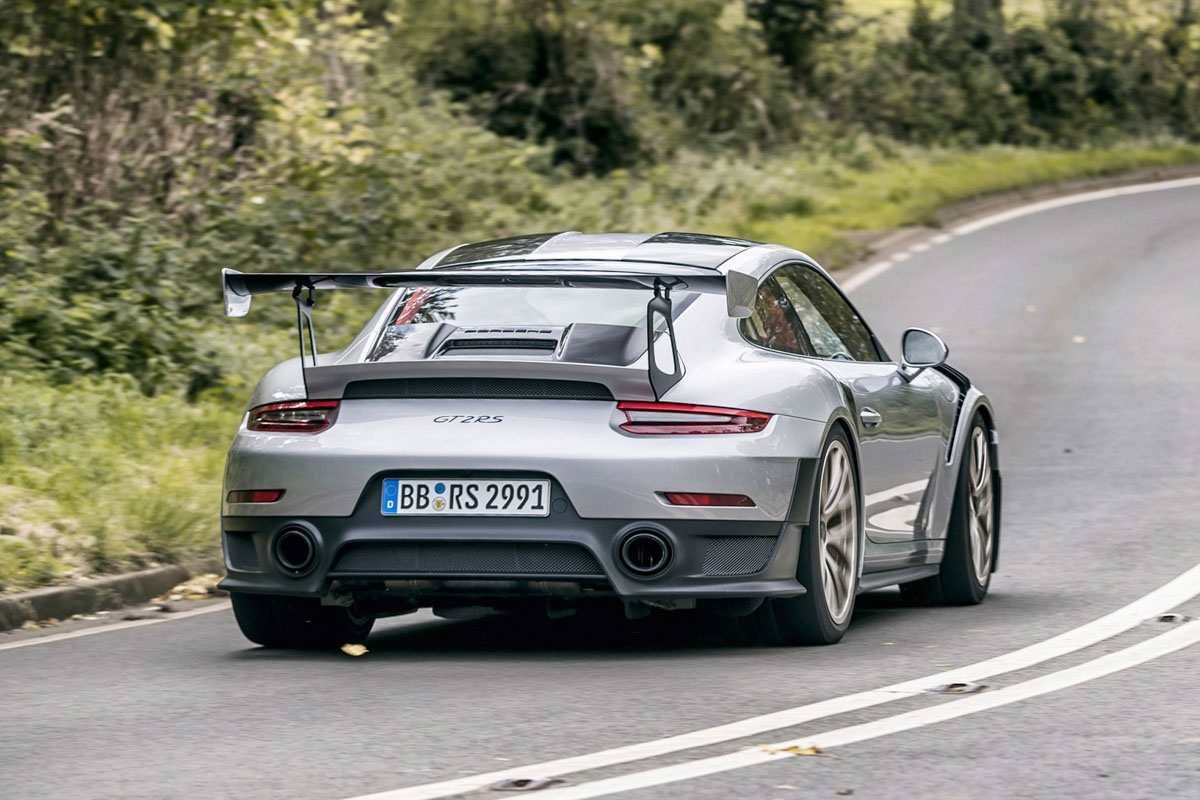 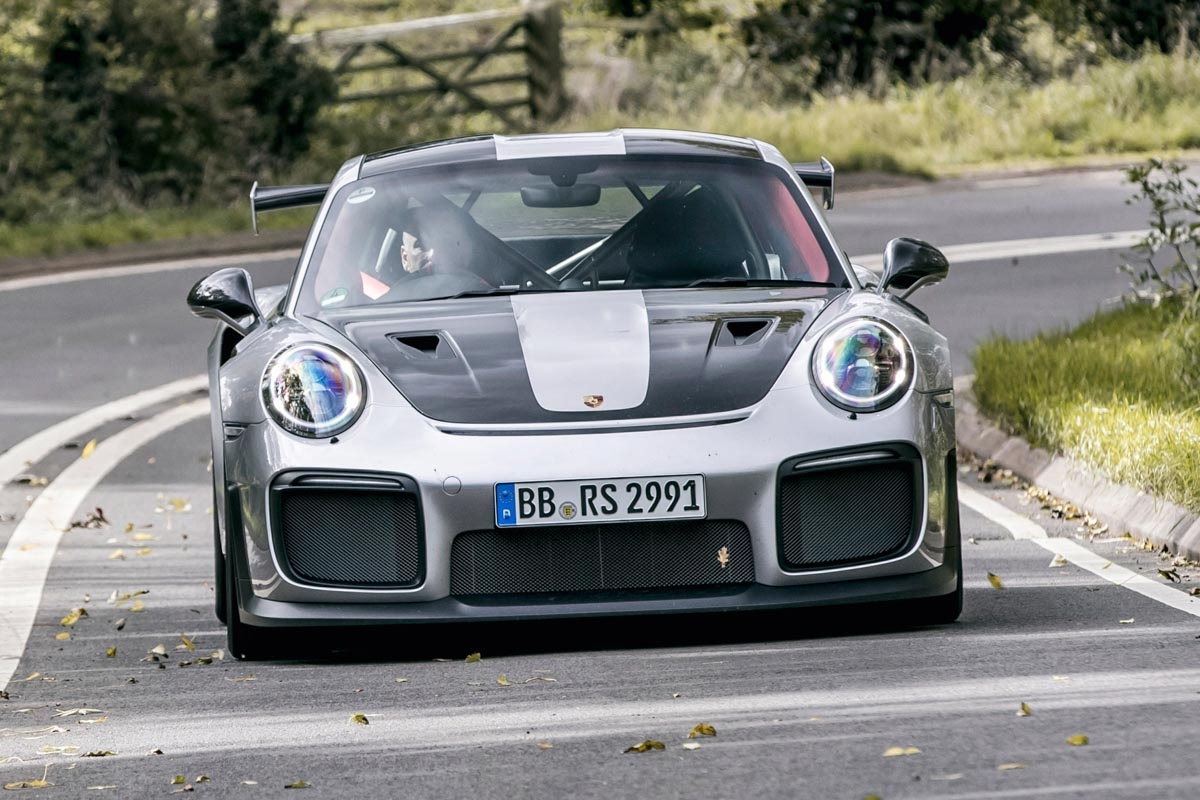 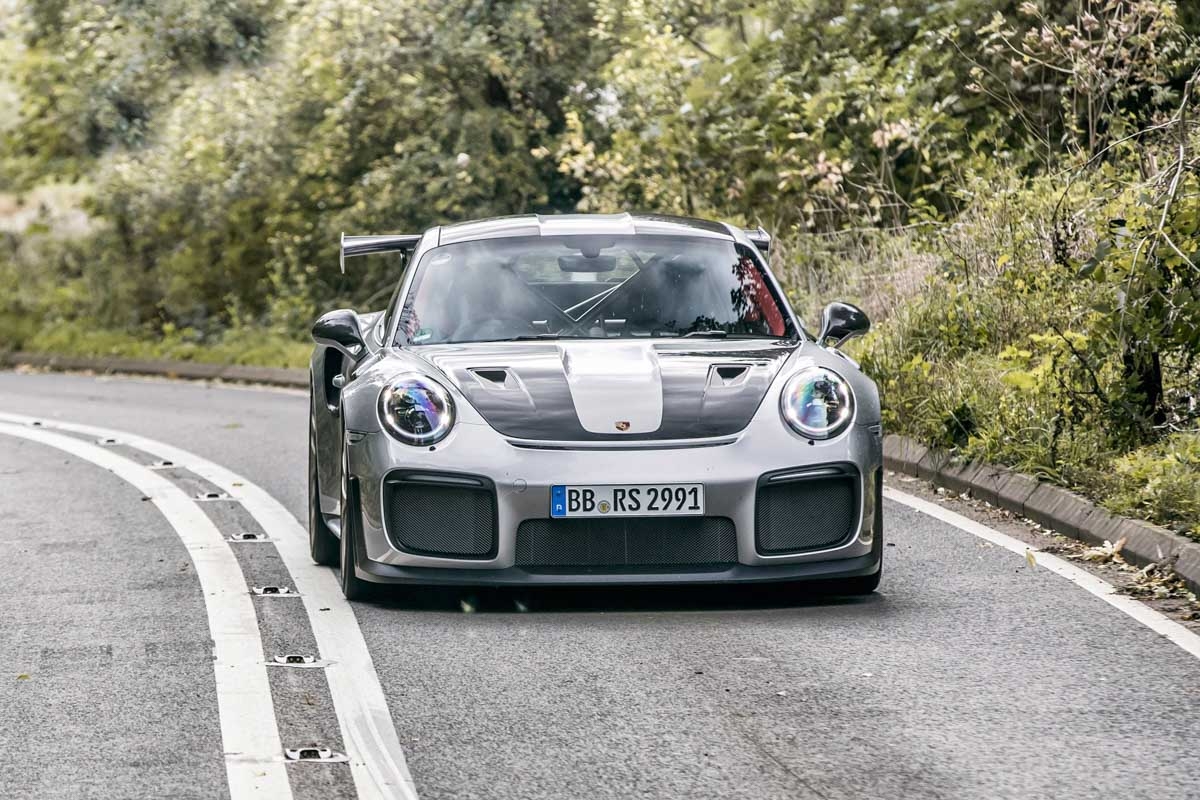 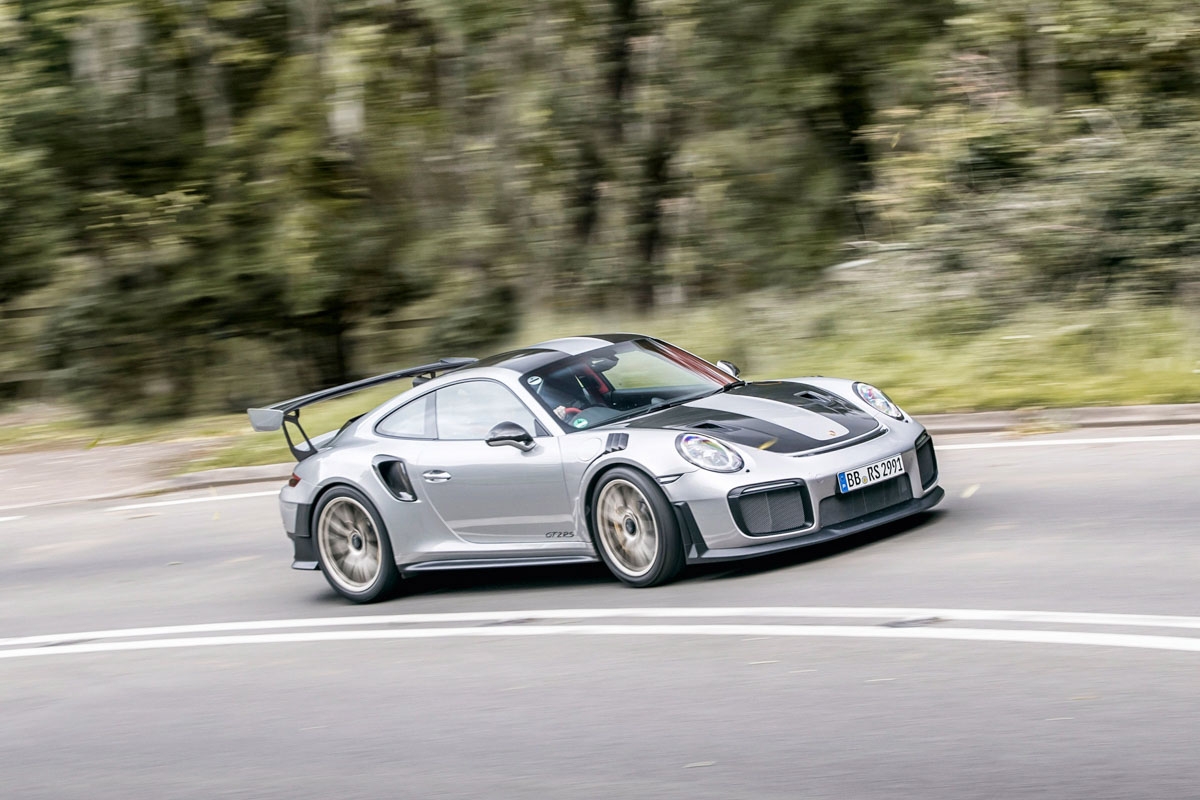 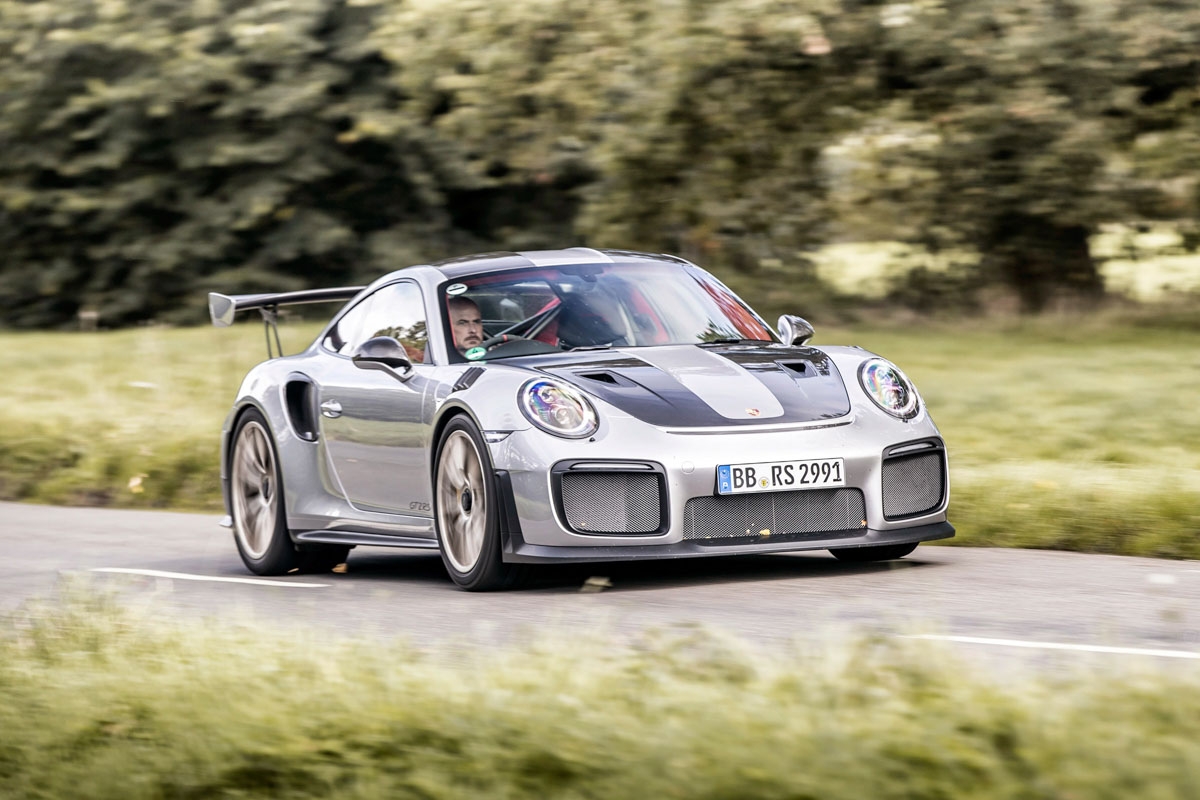 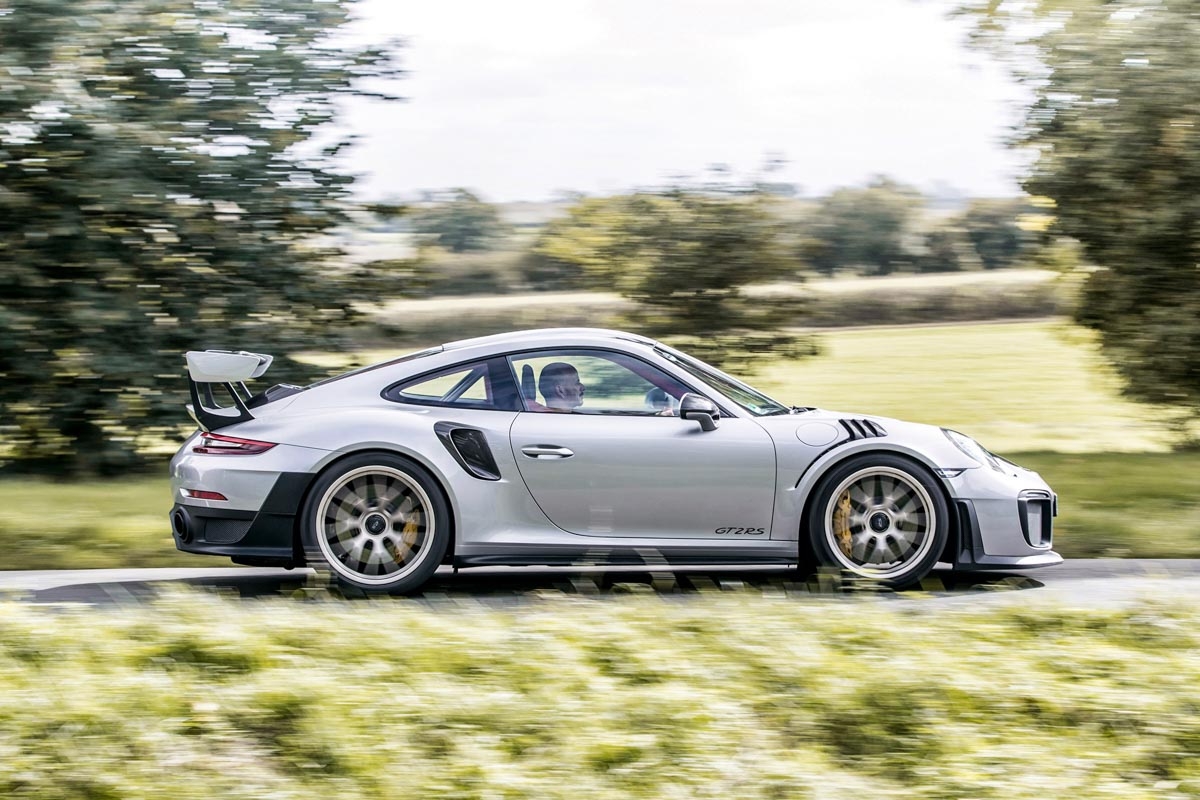 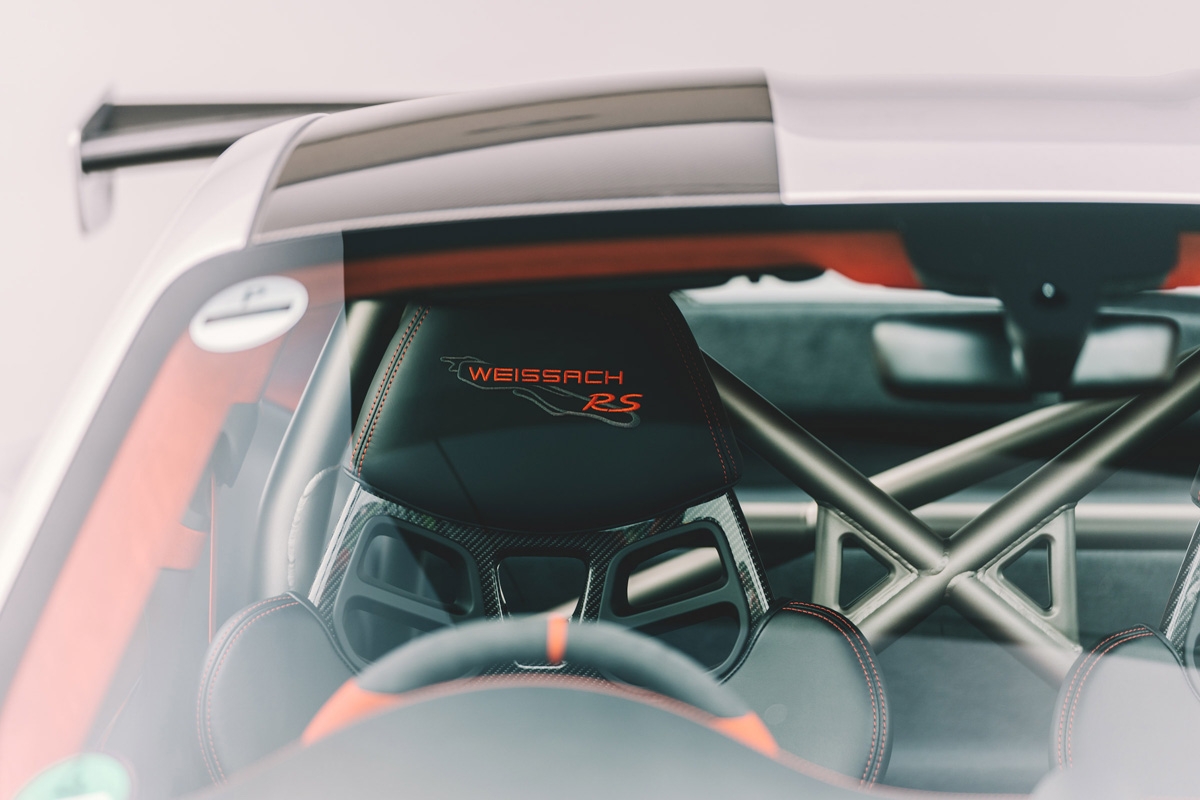 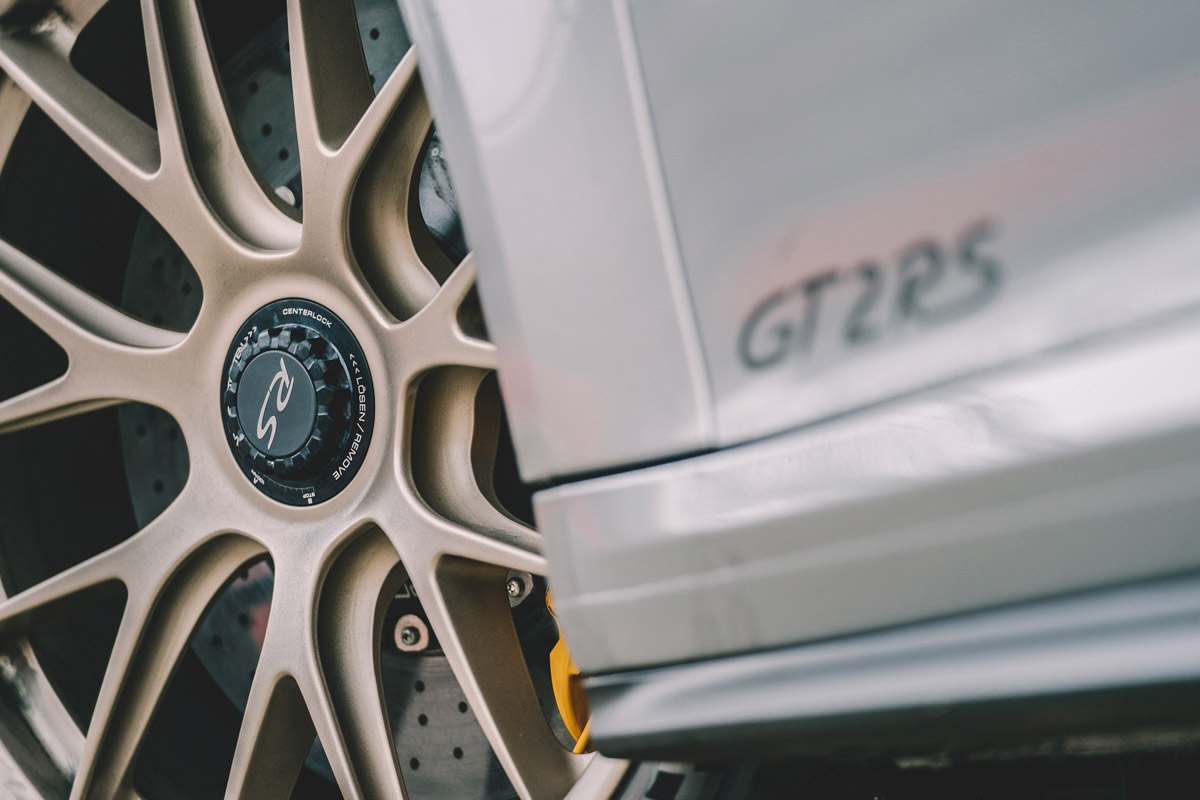 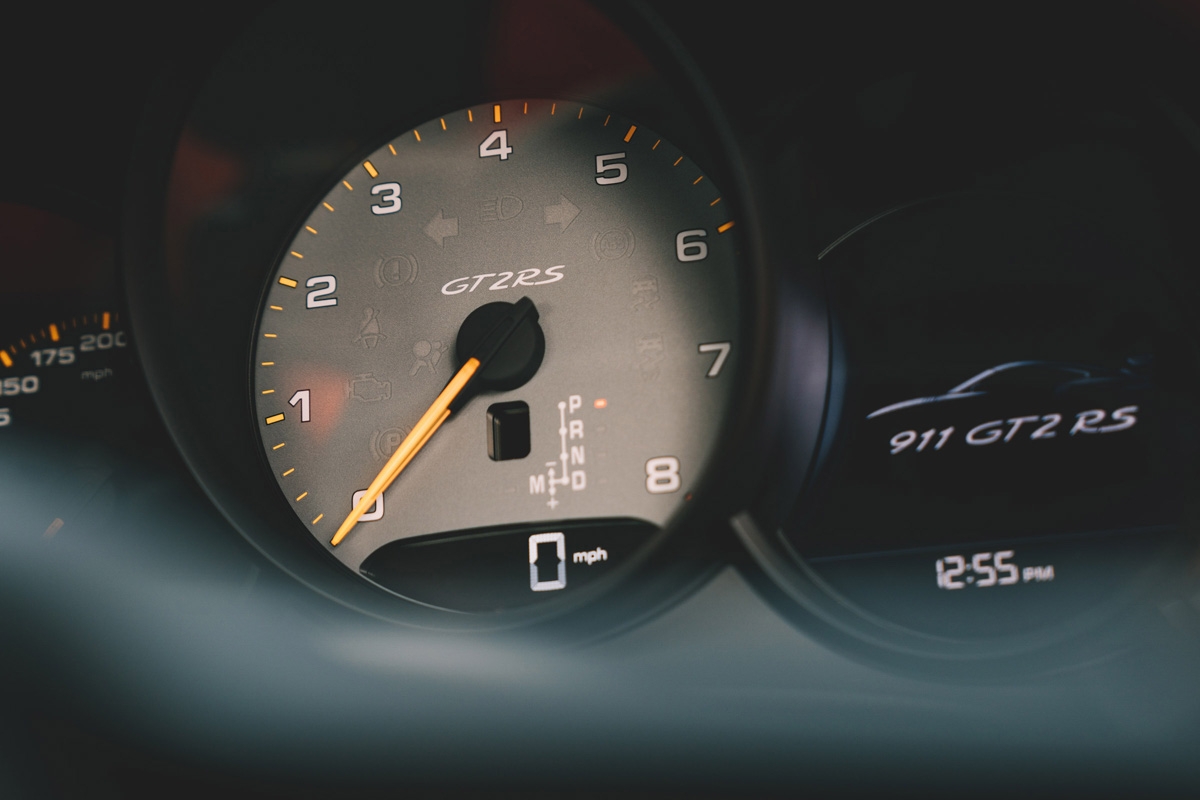 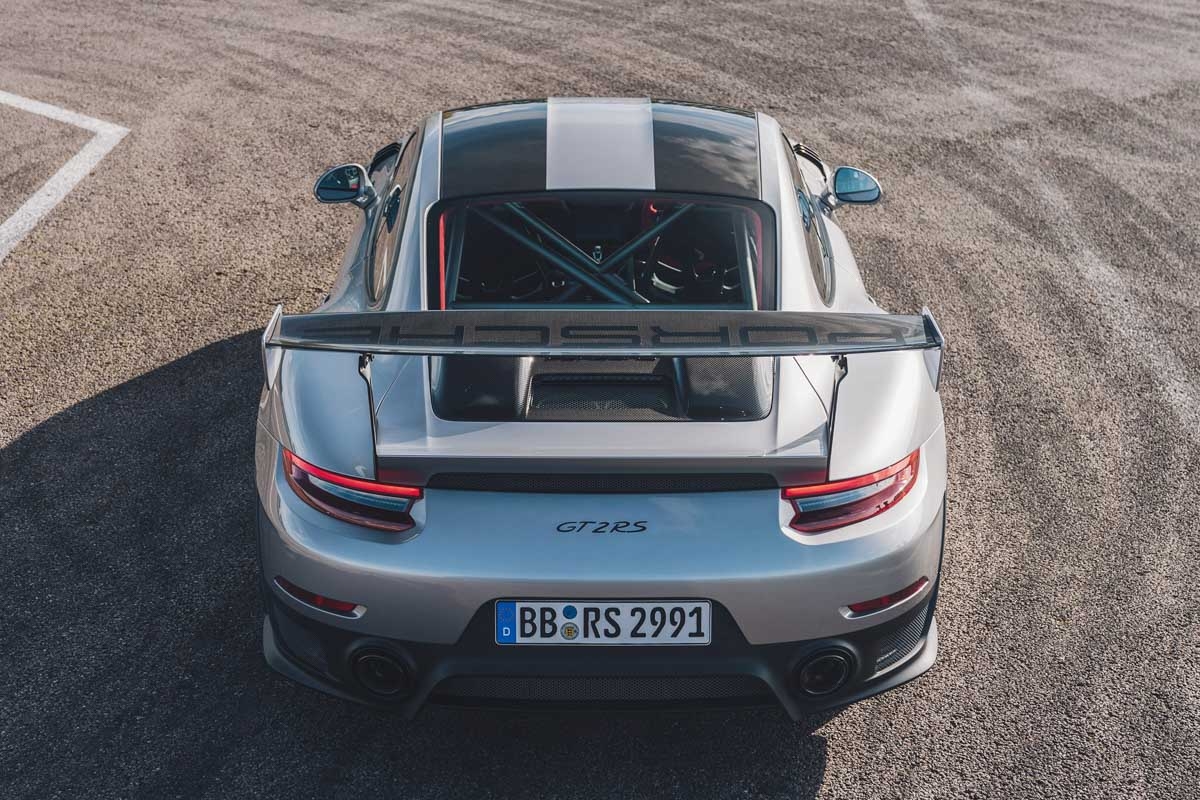 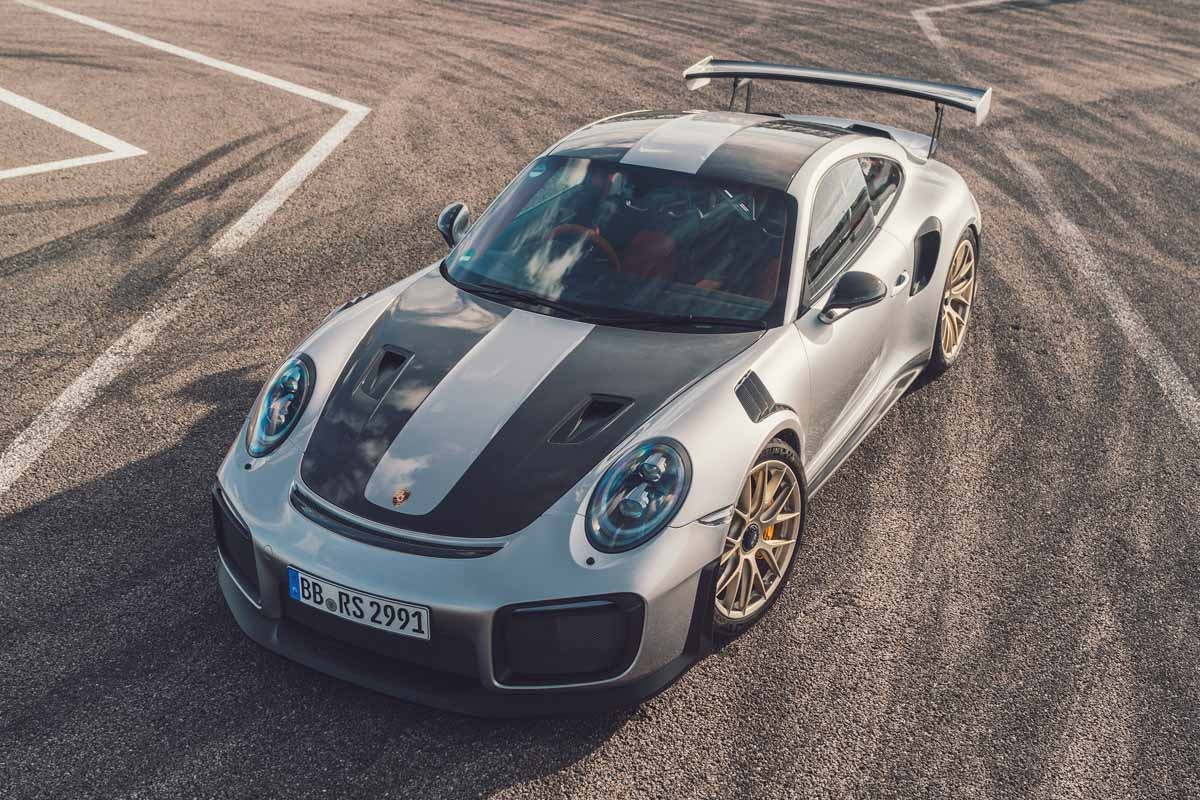 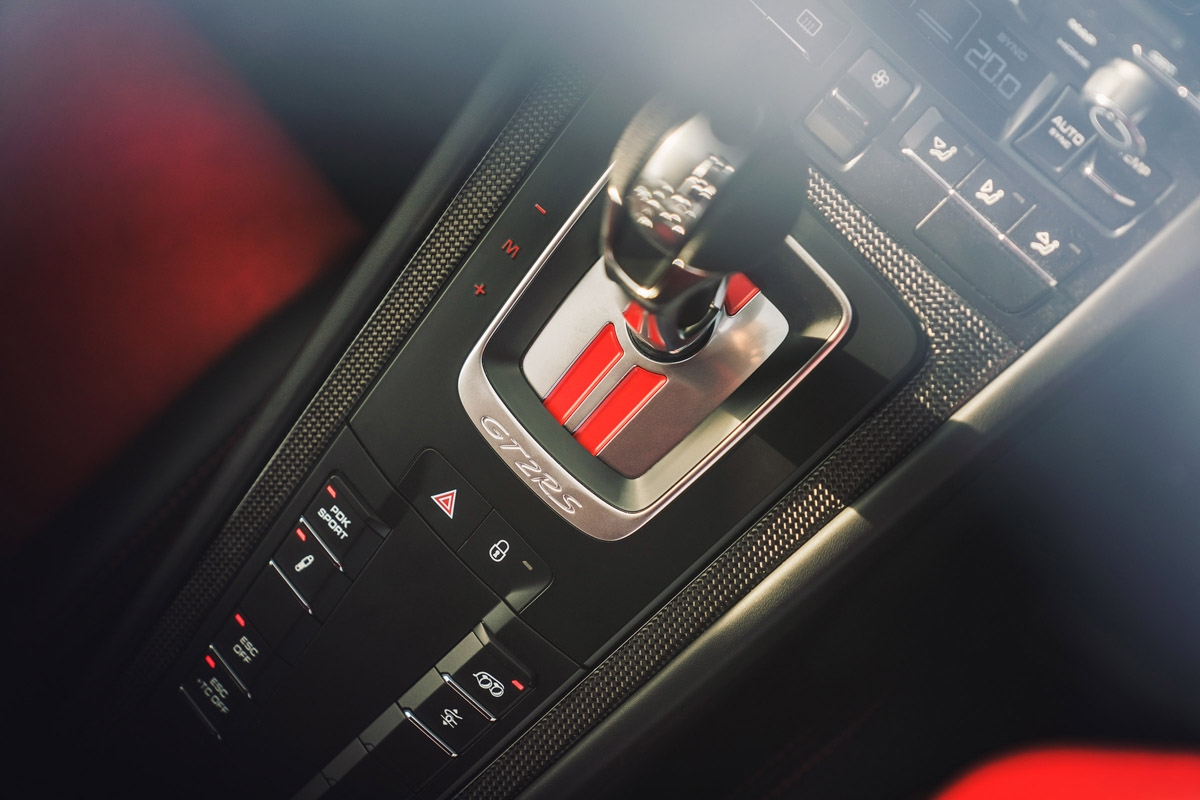 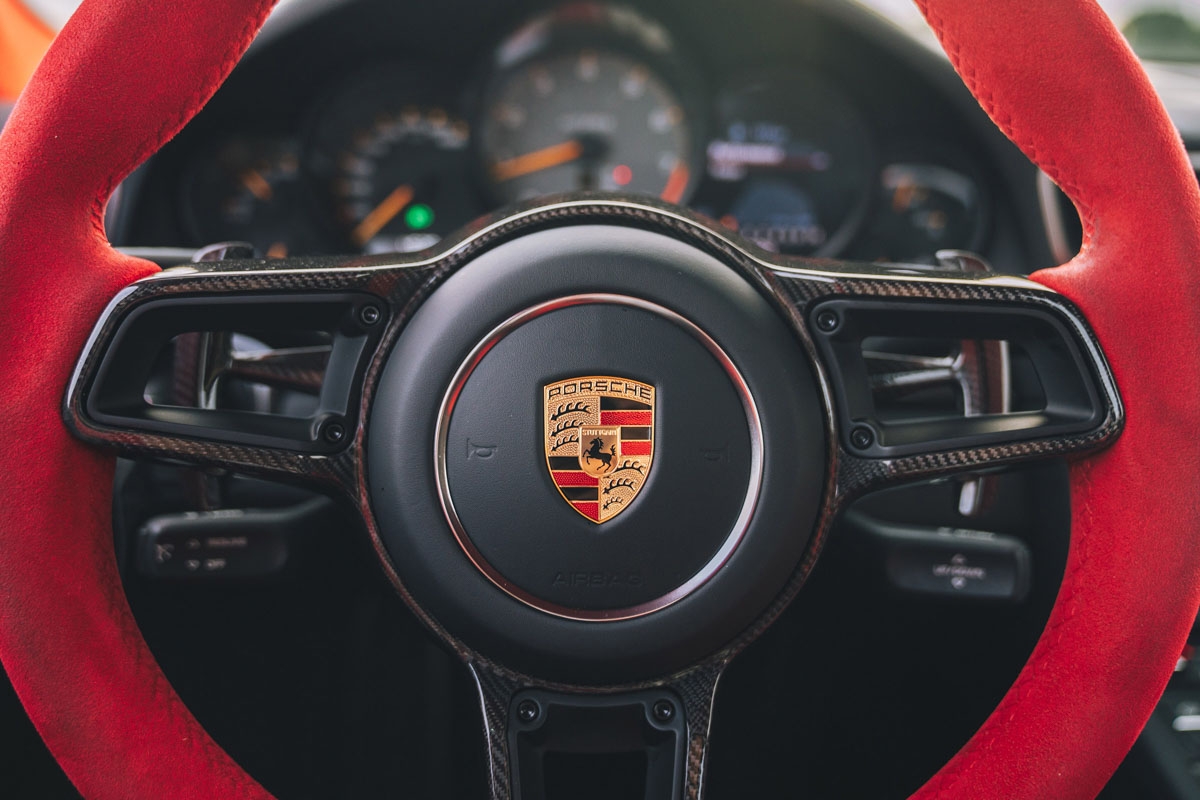 It’s nothing less than the most powerful 911 Porsche has ever put on sale, the quickest road car ever to lap the Nordschleife, and the latest in a long line of spectacular cars created by Porsche’s GT department that have largely defined the hardcore driver’s car market in recent years. Expectations, then, are positively sky high. Can it live up to the hype?

The 3.8-litre twin-turbo flat six has been given a thorough makeover and now produces the towering outputs of 691bhp and 553lb ft, deployed through a twin-clutch PDK ‘box essentially taken from the 918 Spyder. Like every previous GT2 model, the GT2 RS is rear- wheel drive only, but don’t think that means the car is traction-limited given all that power. The weight of the engine over the rear axle compresses the vast 325-section rear tyres into the asphalt and means 96kph appears from rest in just 2.7-seconds. The top speed is limited to ‘only’ 340kph… 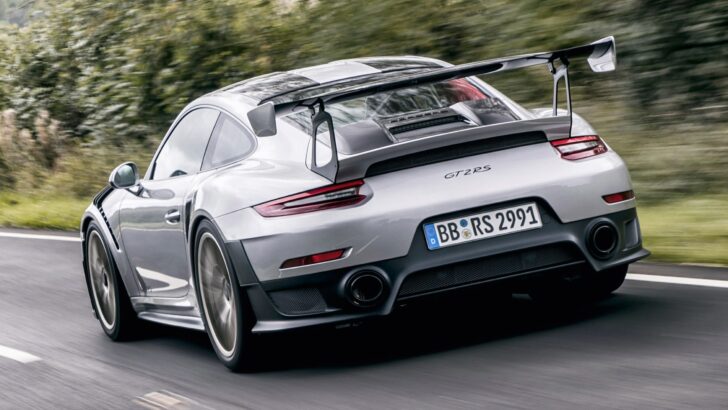 The GT2 RS is a lot more than simply a GT3 RS with a tweaked Turbo S engine dropped into the tail, although that is how the project began its life. Extensive use of lightweight materials means that Porsche has managed to keep the weight to 1,470kg, which can be lowered by nearly a further 30kg with the optional Weissach Pack. That includes items such as a carbon roof, unique carbon anti-roll bars front and rear, and magnesium wheels. So overall it’s ‘light’, but not exactly a true ‘lightweight’ at those sort of figures.

Having drunk in the sheer visual menace of the Porsche 911 GT2 RS as you approach, the first thing that grabs your attention is the noise. When the valved exhaust is ‘open’ (on start-up, high load or with the little exhaust button pressed) the titanium system is effectively straight through from the short manifolds, and the colossally deep boom that erupts dominates the area around the car.  Rev the engine at a standstill and it’s loud, really loud, the exhaust roar overlaid with the hysterical whooshing of the enlarged turbos and all manner of spits and bangs. It’s been a very long time since a Porsche turbo sounded quite this angry, and it’s either a warning or a promise – or both – of what’s to come.

Yet initially the GT2 RS can be deceptive. Leave the PDK ‘box in auto, keep your finger off the exhaust button and the RS can amble along with nearly the comfort and refinement of a standard Carrera. The cabin is nicely trimmed, there’s leather, alcantara and carbon everywhere, and the ride quality, while undeniably firm, has that polished precision that almost laughs at the kind of normal bumps and ruts found on an average urban road. It’d be easy to commute in a GT2 RS, and that’s absurd: absurd because of what happens the first time you really open the throttle. 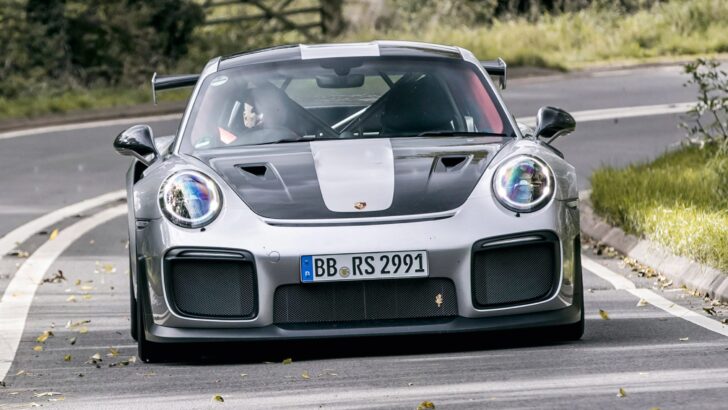 The engine’s response has a ferocity that’s difficult to convey in words. It doesn’t ‘do’ turbo lag, and yet it has all the glorious sensations associated with a traditional high boost turbo engine. The huge torque output is available in its entirety from just 2,500rpm, yet that peak of 691bhp doesn’t arrive until 7,000rpm, just 200rpm short of the limiter. What that means is when you open the throttle wide it thumps you in the back, hard, but then pulls to the red line as though neat petrol is being thrown on a raging fire.

Second gear is shorter than on previous GT Porsches, and if you’re concentrating on a challenging road it’s difficult initially not to tag the rev limiter, so rampant is the acceleration. On top of all this is the cacophony from the open exhaust, booming and banging, coughing and snuffling, intimidating wildlife for probably kilometres around.

With the GT2 RS the initial kilometres are all about the engine and the performance it produces. It’s those early kilometres that make you realise how much you love proper turbo engines, how at last the GT3 might no longer be the default driver’s choice in the range. It is the Porsche turbocharged flat six with its mojo back; it sounds a lot like someone’s let a 962 loose on the public road. But there is more to the GT2 RS – a lot more. That Nordschleife lap time wasn’t just about raw power, it was about handling balance, stability and grip, all attributes quickly apparent in the RS’s armoury. 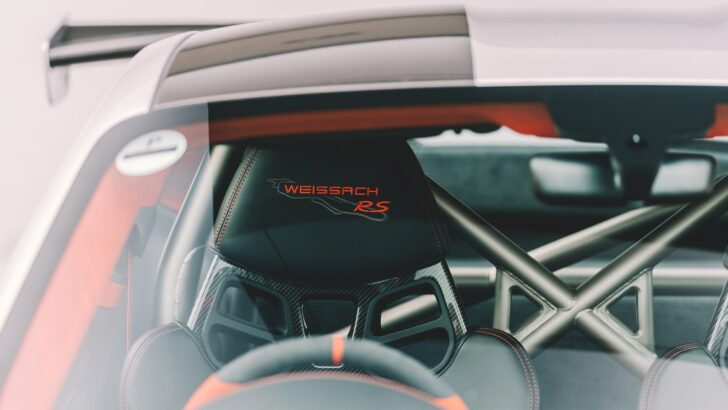 The carbon ceramic brakes have immense power and endurance combined with fabulous feel underfoot, and you can use them to nail the front end into a corner, then stabilise the car with a touch of throttle – the engine makes a cracking sound at this moment as though it has anti-lag – and quickly get fully back on the power far earlier than seems initially prudent. There’s simply so much traction that the RS is often already accelerating at full force before it’s even pointing straight.

Naturally, the weighting and accuracy of the steering is never in question, and the damping remains untroubled by whatever it’s tasked with. Not once, even on winding, tough mountain roads, did the massive front splitter even kiss the tarmac. You may even start to take a few liberties with the throttle (having switched the stability control off), which is massively intimidating at first, but which if you persevere with you’ll discover that the RS has a broad range of adjustability aided by millimetre perfect throttle calibration, albeit with the sensation of walking a pretty high tightrope at all times and without the comfort of a safety line. The RS never lets you forget nearly 700bhp is being transmitted through the rear wheels only.

Driven hard the RS is an experience verging on the narcotic, but of course, opportunities to drive the car in such a manner are almost non-existent in reality, and that’s why it’s a shame – however clever from an engineering perspective its everyday usability is – that the RS isn’t more of an ‘event’ at more realistic speeds. And given this is a Clubsport-spec RS, shouldn’t it shun all the comfort items and resemble a 991 Cup car inside, with a bare metal floor and a simple plastic mould of the 991 dash top? The sense of drama from driving such a machine – think F40 – would make even a trip to the local shop for a pint of milk much more of an experience, and save further kilos at the same time. The car is also patently too noisy for the majority of UK trackdays as well, but maybe most will spend their lives in storage accruing value – able to be bought, if recent history is anything to go by, only by the dealer’s favoured customers.

These are all genuine reservations we have about the GT2 RS, but none of them can hide the fact that the car’s a true monster with a loveable personality, and also nothing less than the spiritual rebirth of the heavily turbocharged 911.

Porsche’s GT cars have always looked surprisingly good value against competitors with a similar performance and focus, but with the GT2 RS that pricing strategy has evolved into something much more inline with its exotic rivals. The GT2 RS is McLaren 720S or Lamborghini Huracan Performante money – but then it doesn’t need to fear either of them, or pretty much anything else for that matter.