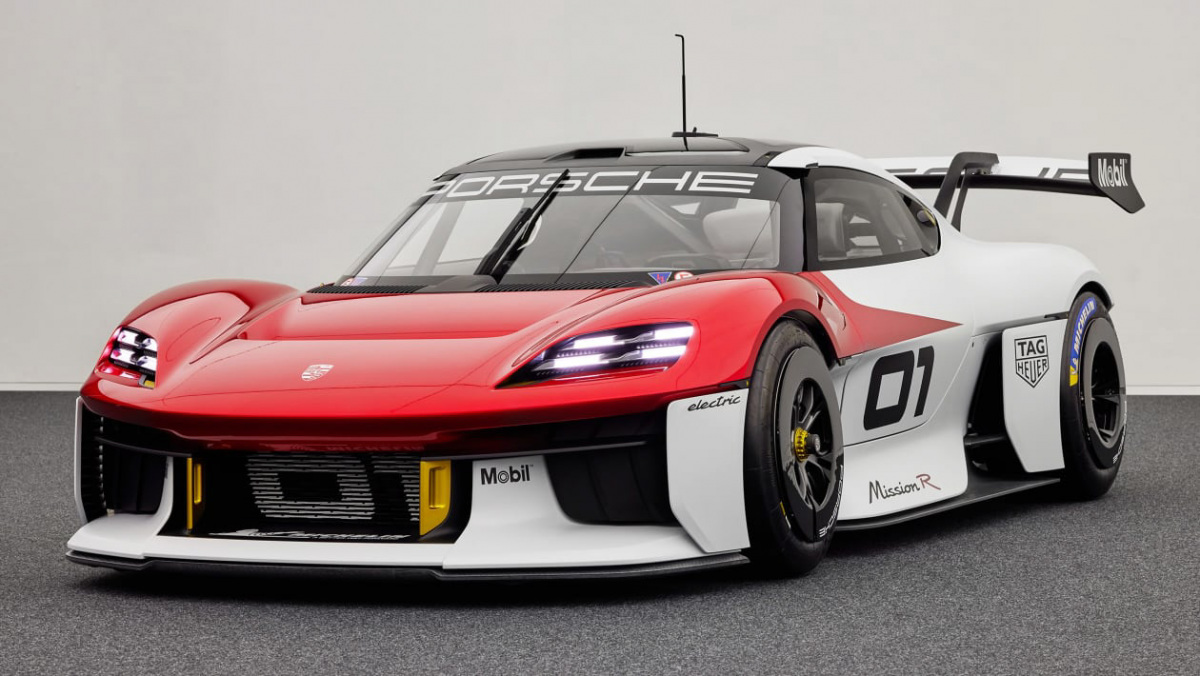 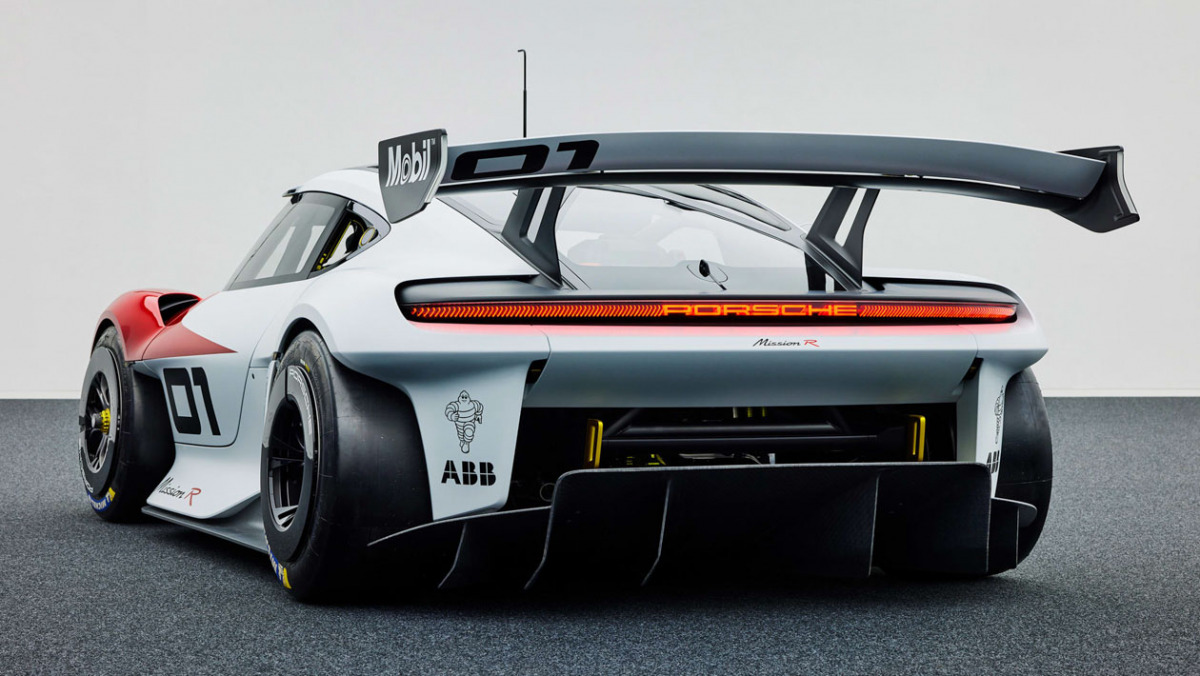 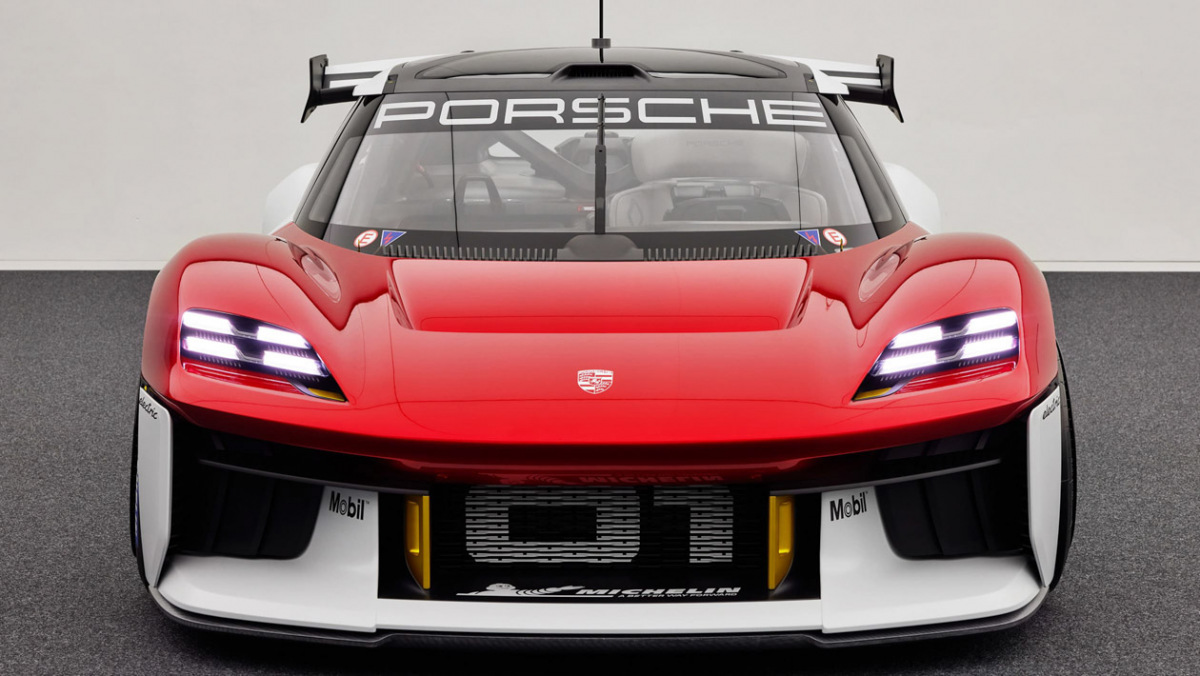 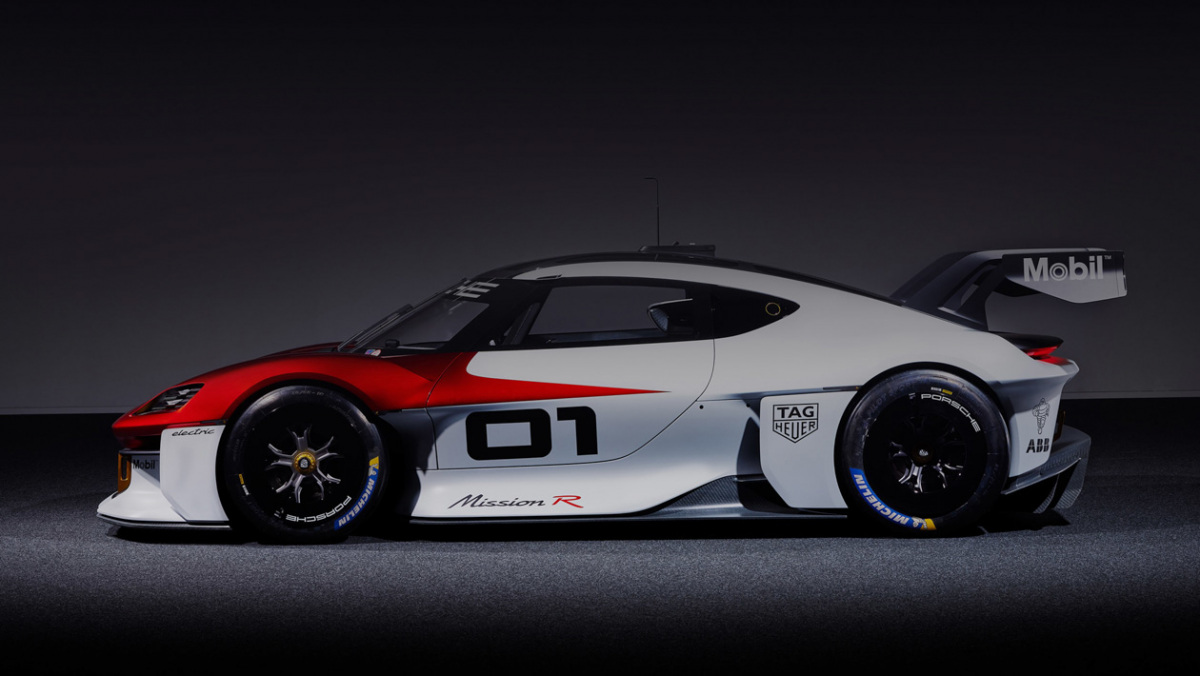 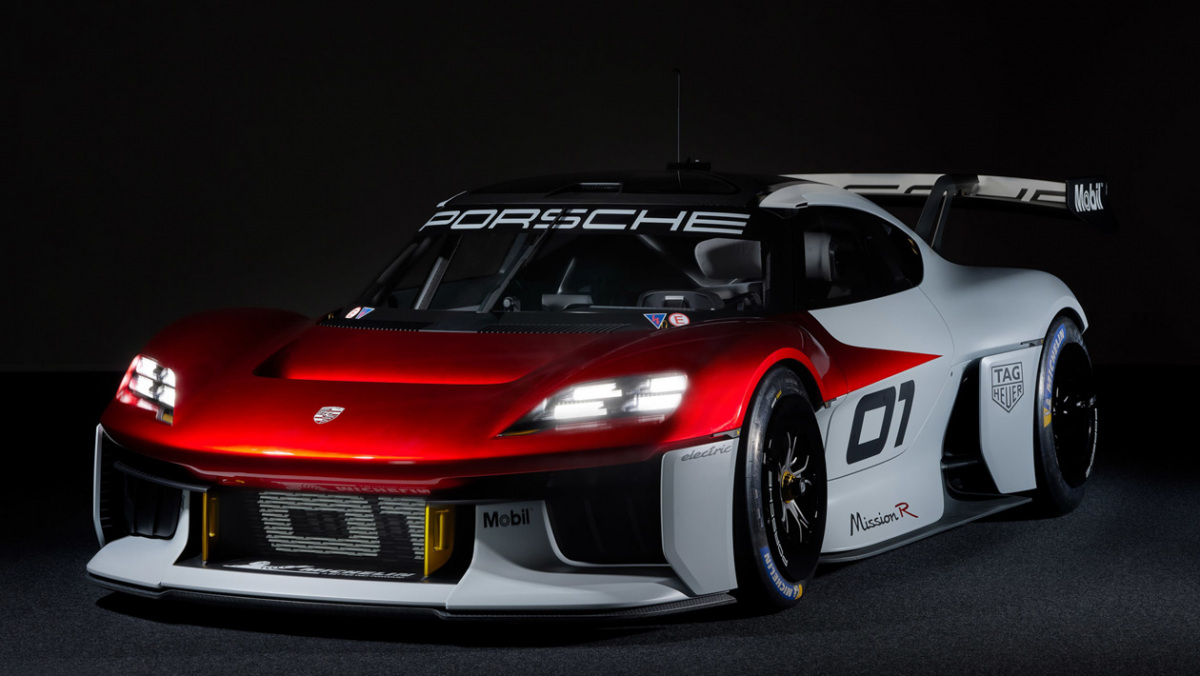 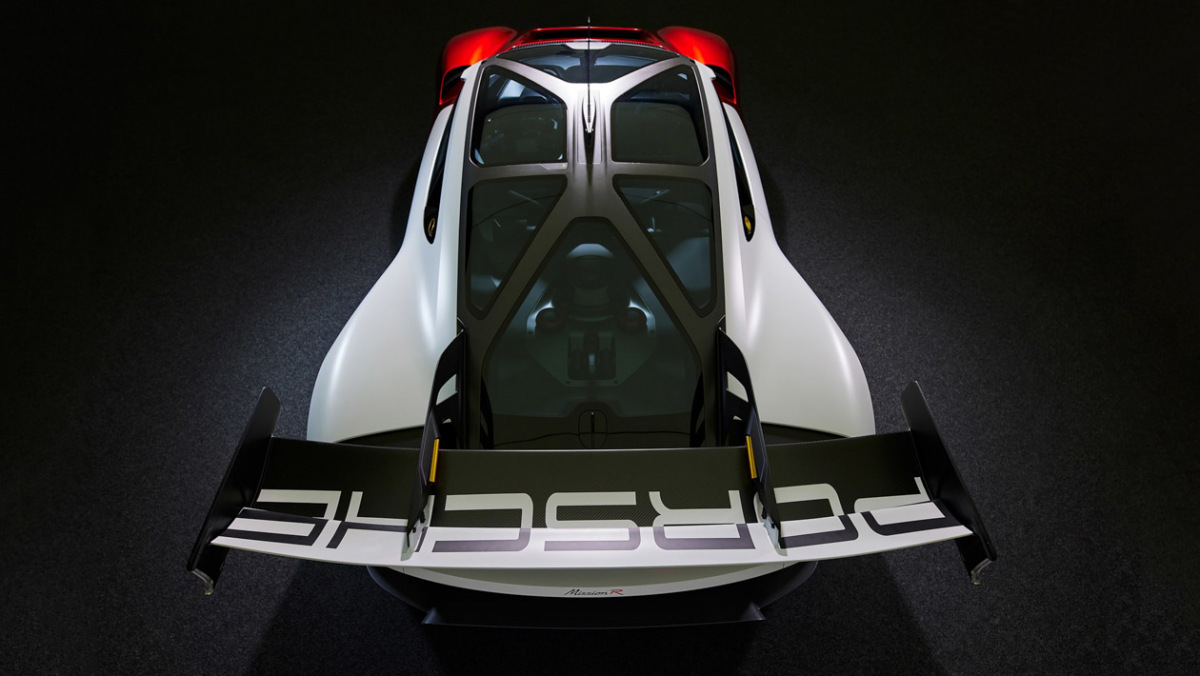 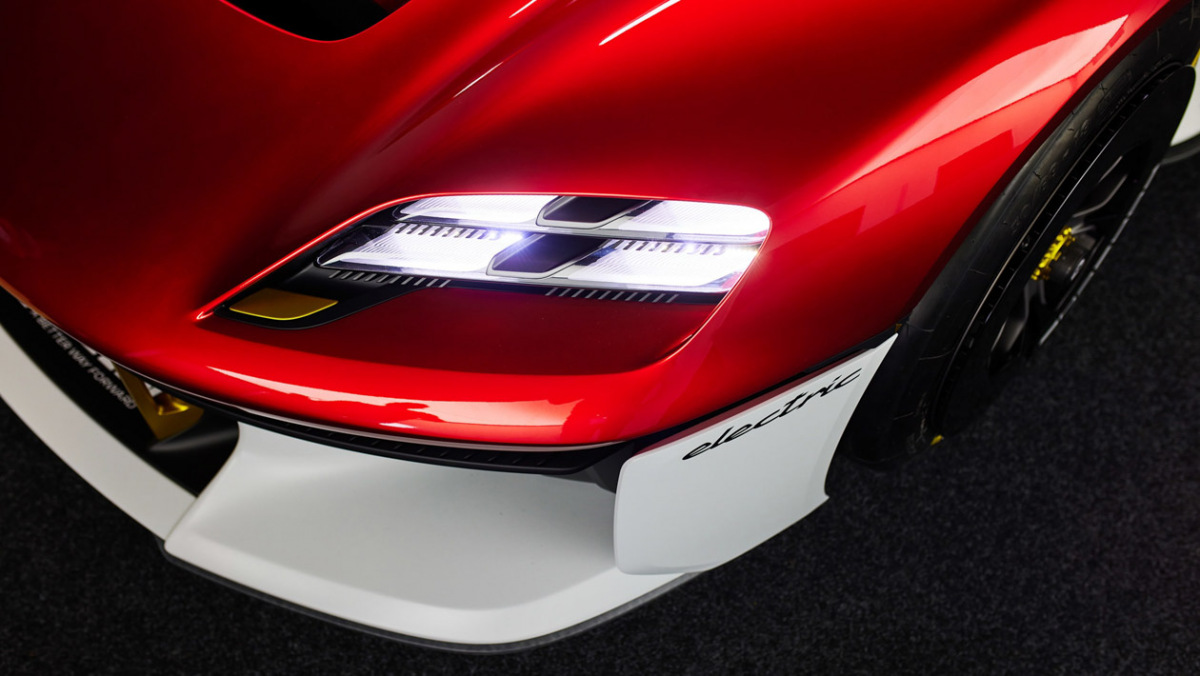 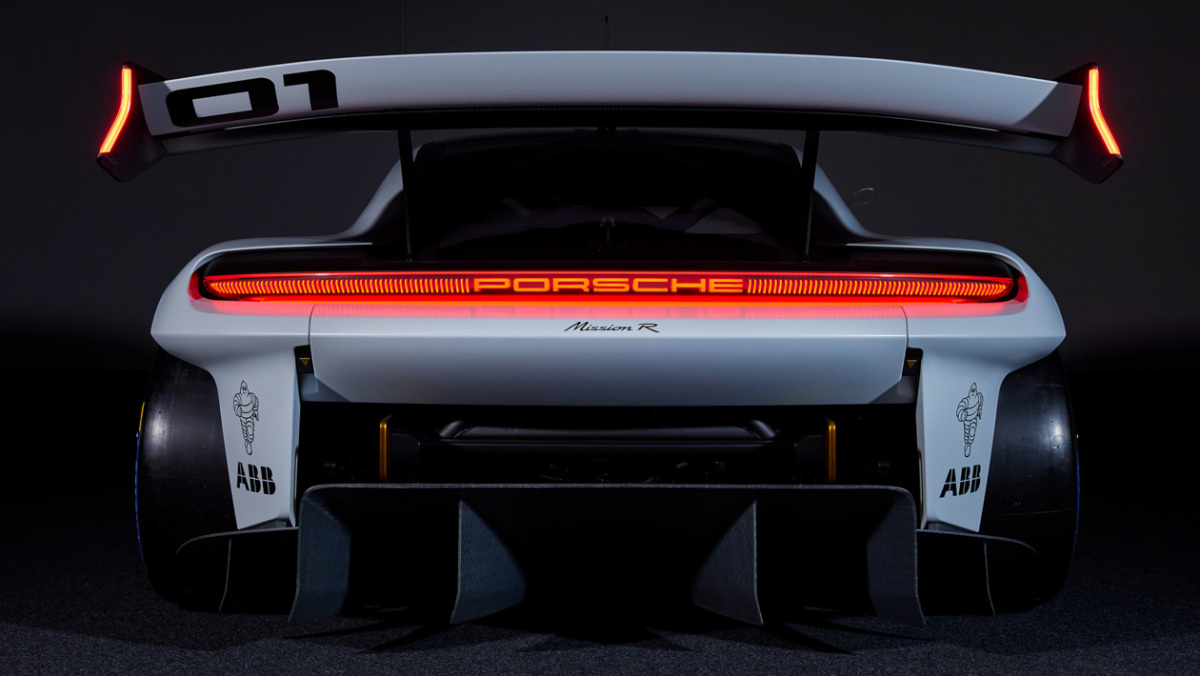 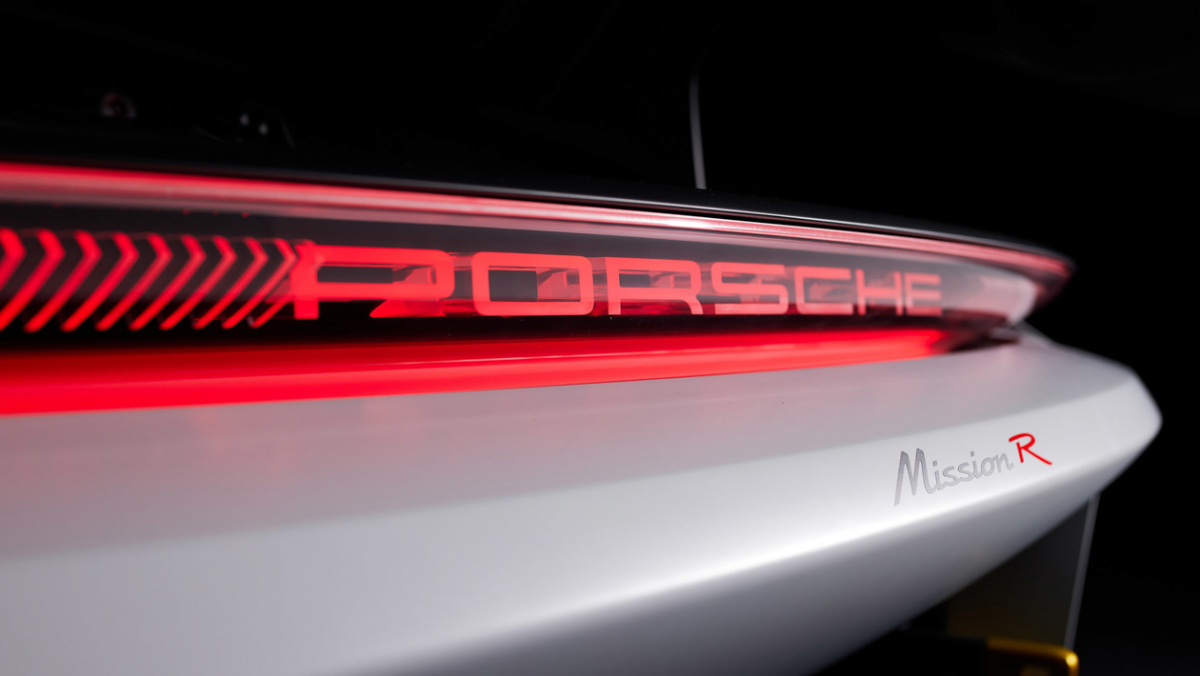 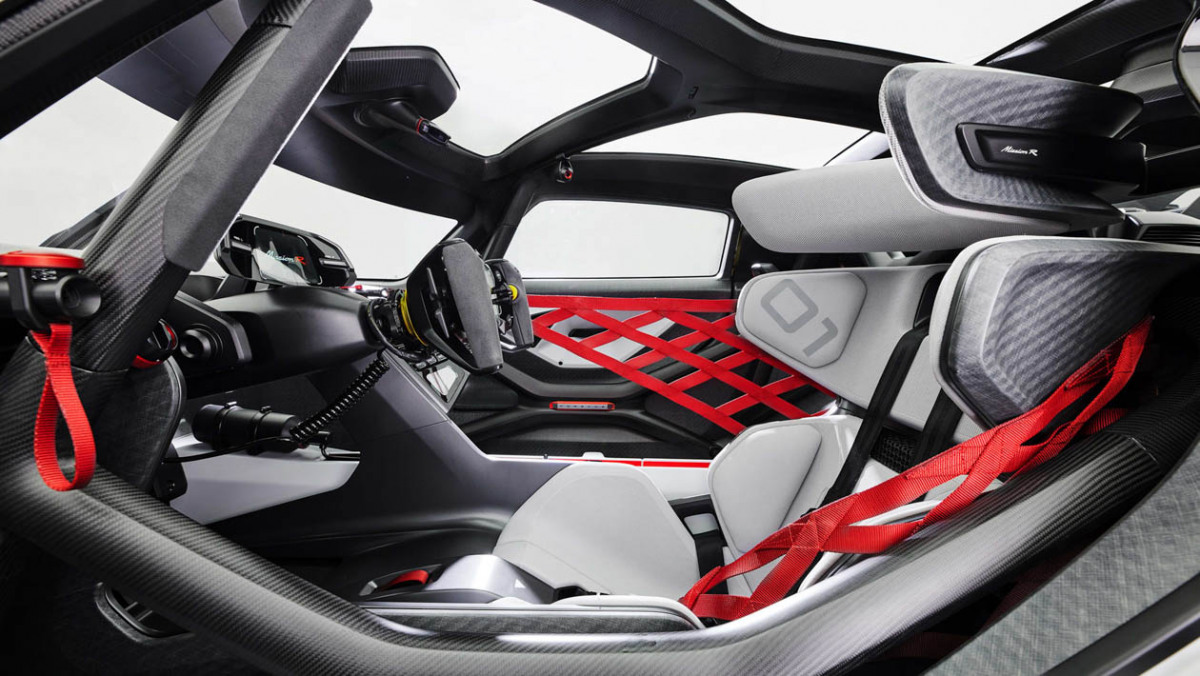 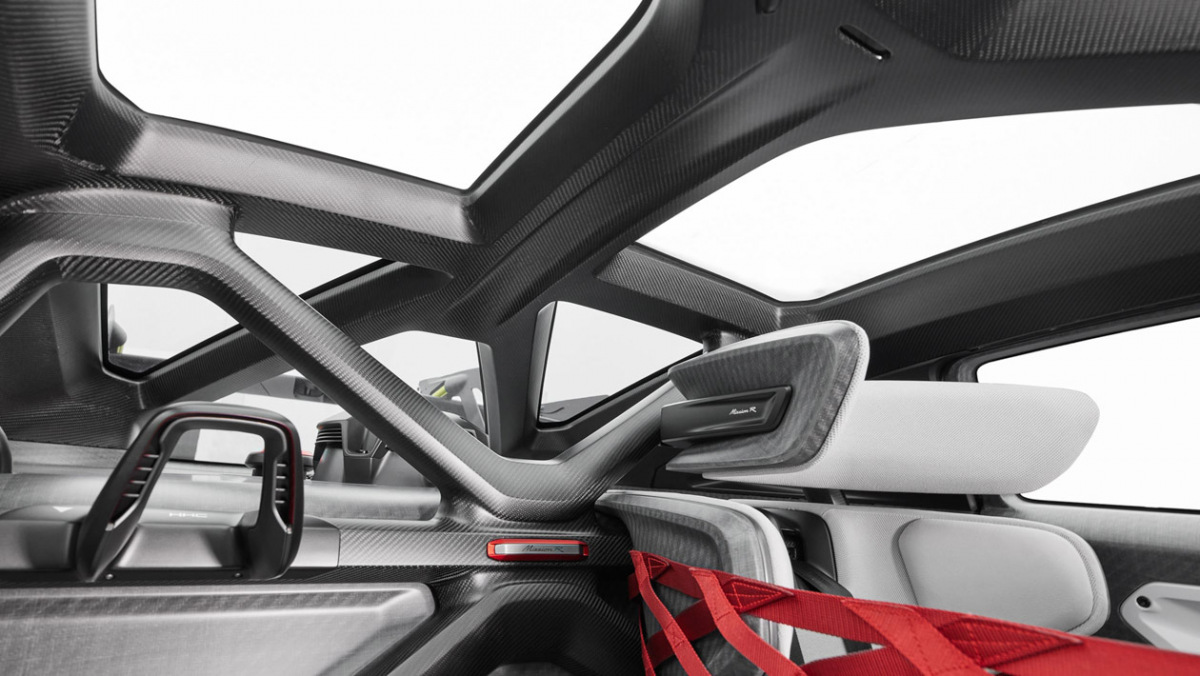 Porsche has revealed a new all-electric racing car concept at the Munich motor show called the Mission R. The racer supposedly looks ahead to the creation of a new one-make racing series in a similar format to the 911 Carrera Cup, yet there’s more to it than just the preview of a new racing format. That’s because this concept also hints at what could become Porsche’s all-electric 718 replacement.

While Porsche has stopped short of confirming that the Mission R does in fact preview a new sports car, development of the production variant has been completed in tandem with that of the concept, giving us a fascinating insight into what an electric sports car from Porsche could look like. Proportionally, the Mission R sits at 4326mm long, making it shorter than a contemporary Cayman, but at 1990mm wide it is significantly wider.

Porsche has confirmed the elements that make up its powertrain, consisting of two electric motors, one mounted on each axle. They produce a combined 800kW or 1072bhp in qualifying mode, with a constant output of 670bhp. The battery pack has a 80kWh capacity, and Porsche says its layout will mean a weight distribution similar to that of its current mid-engined models. The Mission R is expected to accelerate to 100kph in less than 2.5sec and go on to a 300kph top speed.

The Mission R runs on an even more advanced 900V electrical system than Porsche’s Taycan, which will facilitate even faster charging rates – up to an astonishing 340kW, a sizable jump on the Taycan’s class-leading 270kW maximum. As with all electric cars a proportion of the braking force will be regenerative, most of which will be captured via the front wheels.

Yet it’s the design and packaging of the Mission R that’s most fascinating, as the body should give us some idea as to what a Cayman-replacing electric coupe might look like. The proportions, not set by the layout of a combustion engine, follow those of many all-electric cars in meaning a long wheelbase relative to the length of the car. Overhangs at both ends are incredibly compact, but the relative height of the floor does suggest there is a chunky battery pack laid underneath it.

The cab-forward silhouette is reminiscent of Porsche’s mid-engined models, but in contrast to the Cayman the Mission R’s roofline slopes more gently, creating a hatchback tail in contrast to a traditional rear deck. The Mission R’s detailing and surfacing is typical of modern Porsche, however, with oblong-shaped headlights and a rear light bar inspired by the Taycan, only reimagined for this more dynamic package.

The Mission R’s aggressive aero will be more reflective of the incoming racer, dominated by complex lower bodywork under the beltline, with aggressive cutaways and splitters and fins directing airflow away from the wheelarches while keeping the underbody clean.

Yet it’s the carbonfibre and flax composite construction where the show car glamour really hits its stride, with intricate detailing in the cabin and a glazed roof that we suspect might be replaced with a mixed-metal monocoque construction for the real thing, both racer and road car.

No further details about either the Mission R’s racing series nor its production car spin-off have been revealed by Porsche, but it’s worth remembering the last time it used the ‘Mission’ nomenclature on a concept, and the road car that followed.