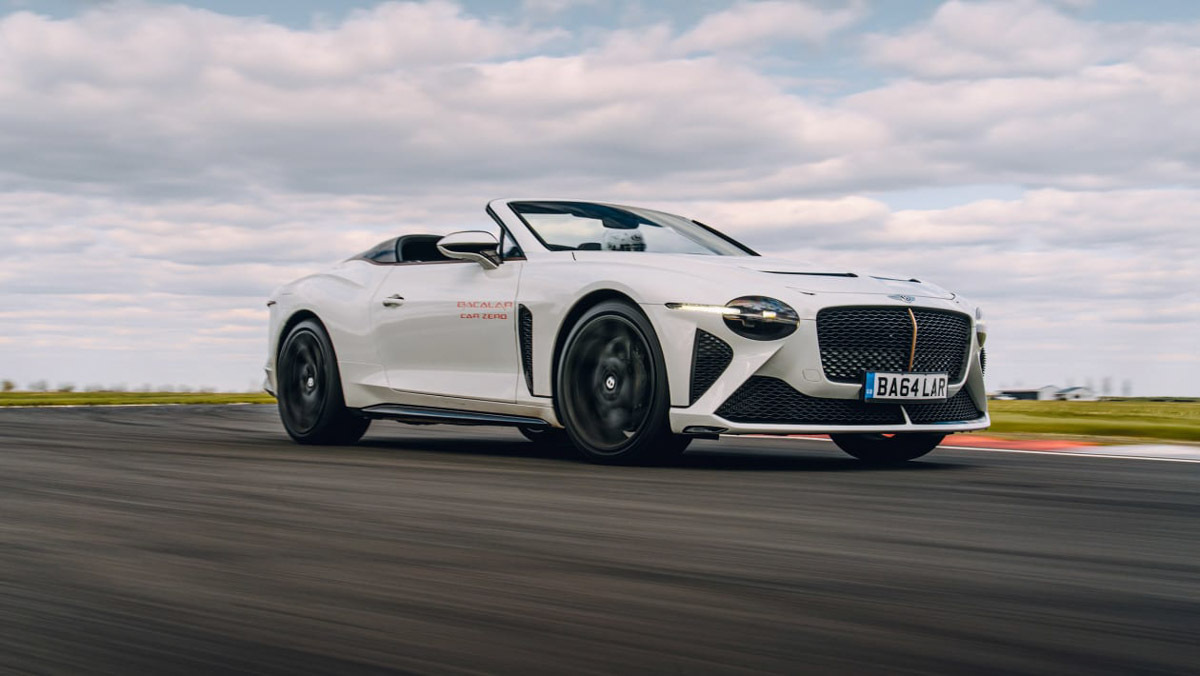 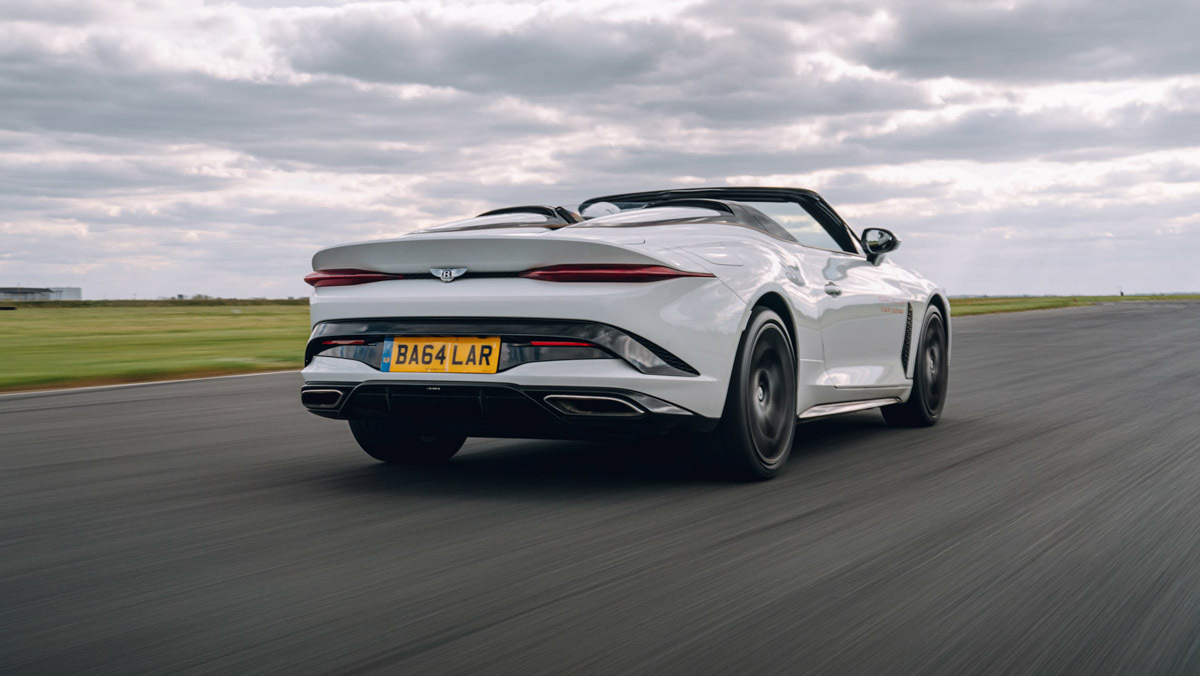 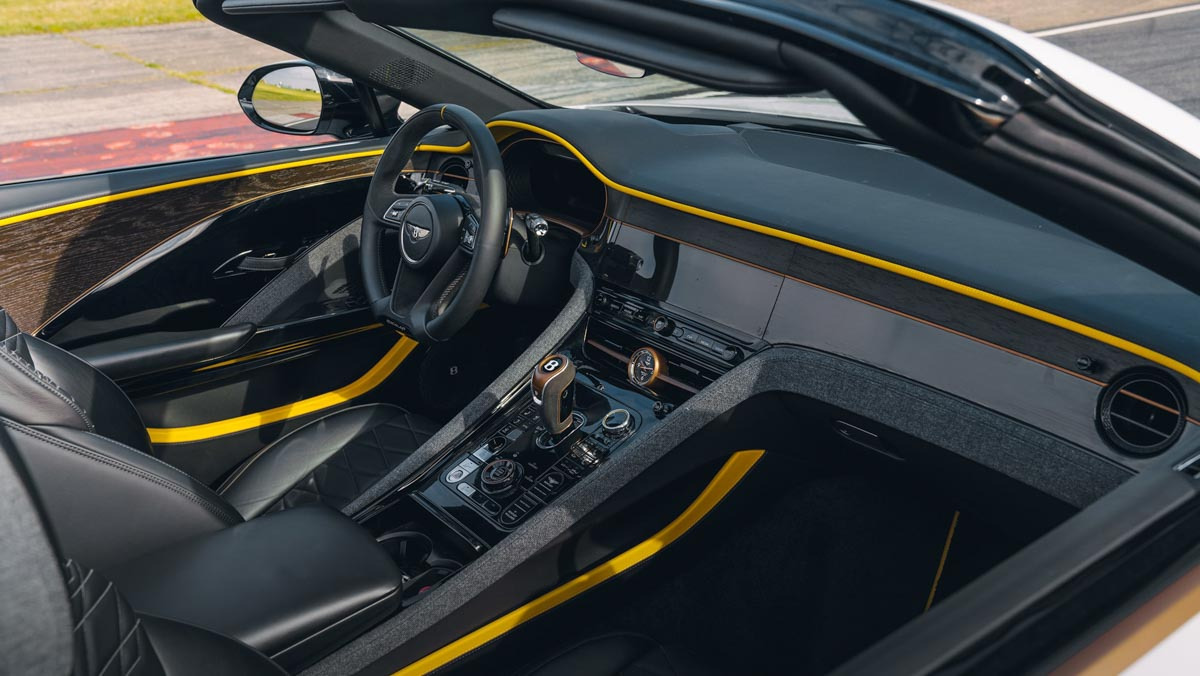 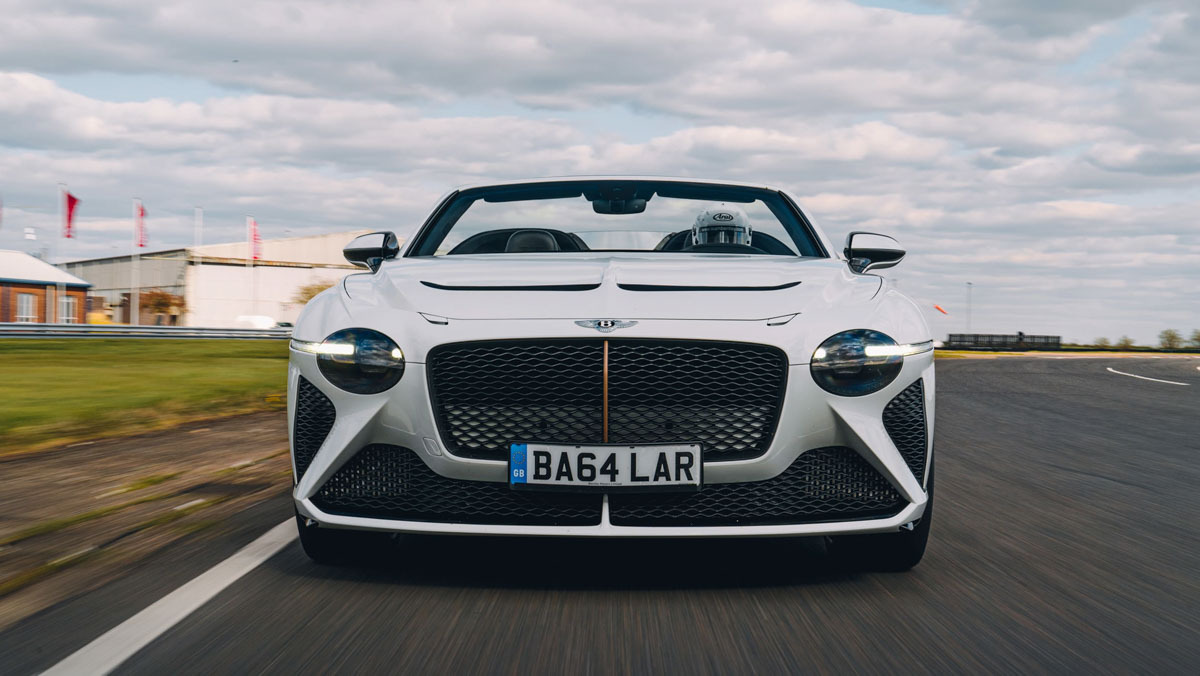 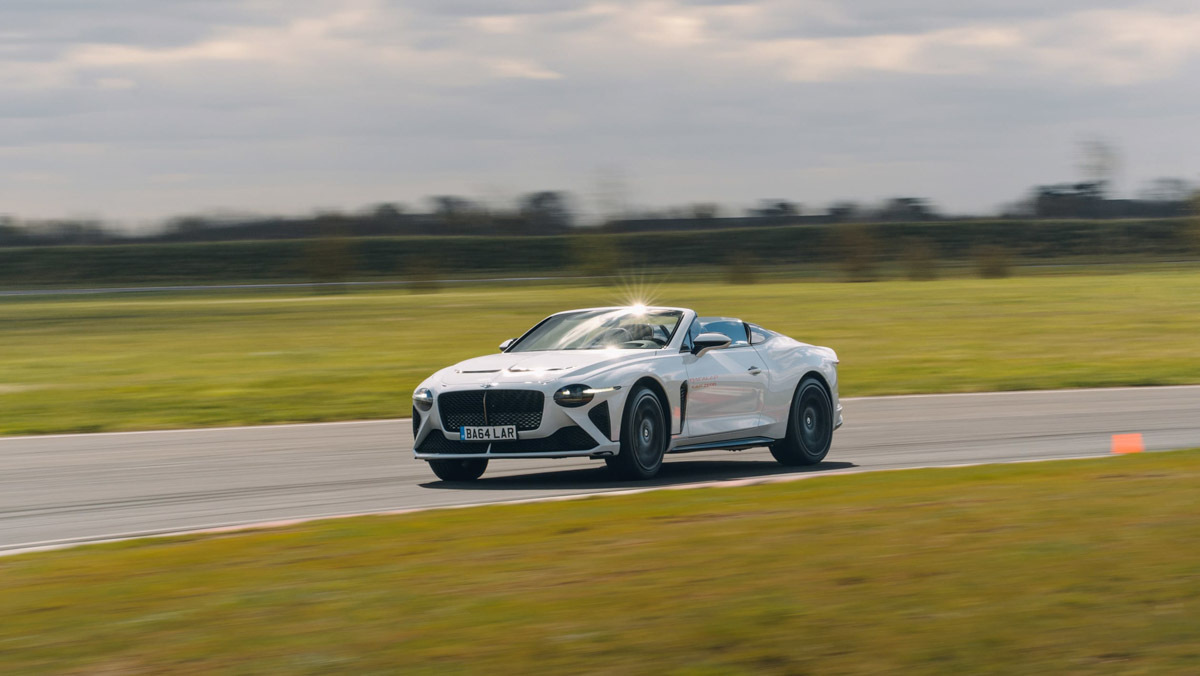 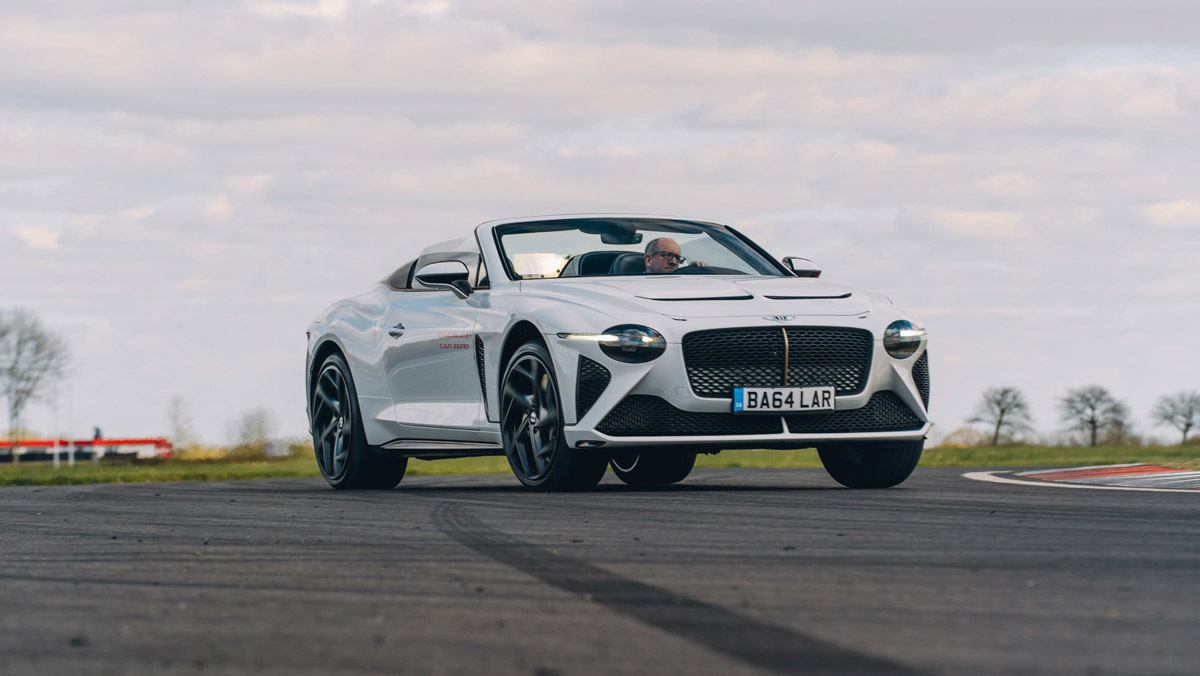 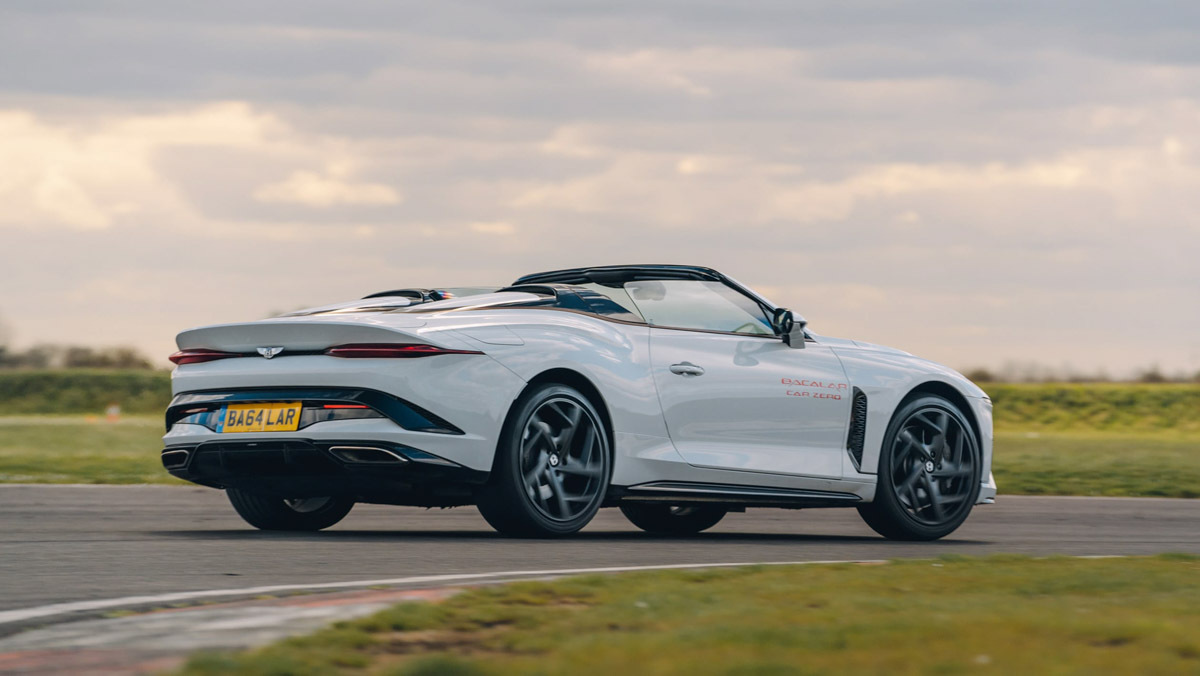 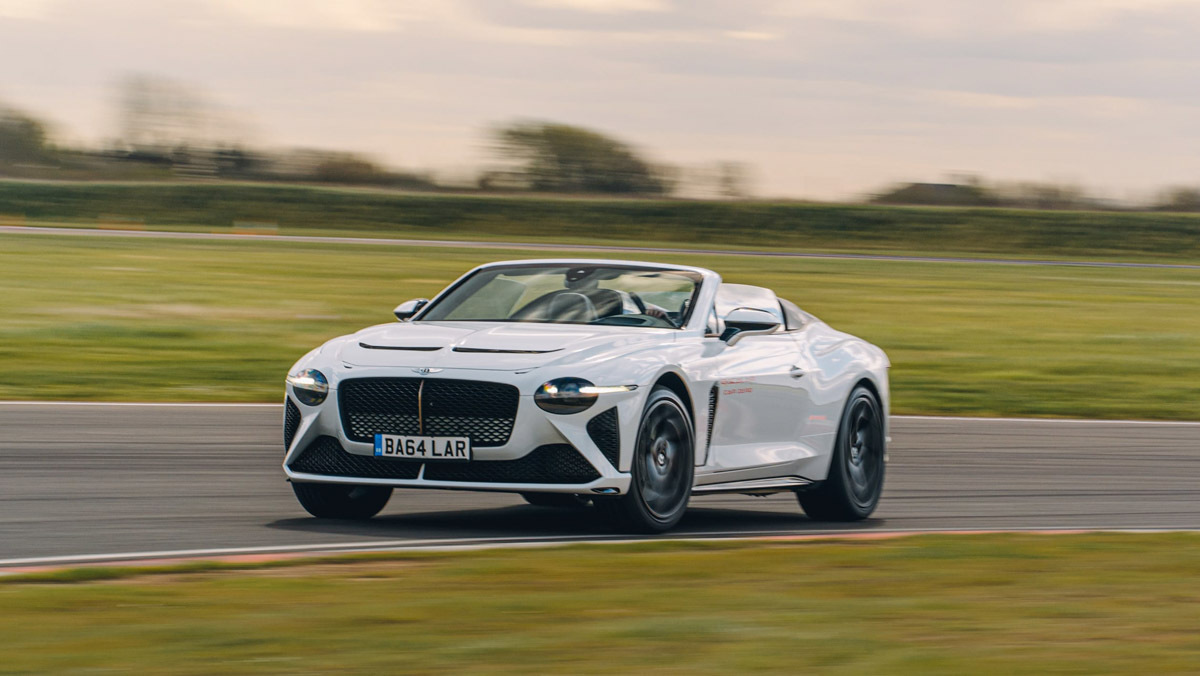 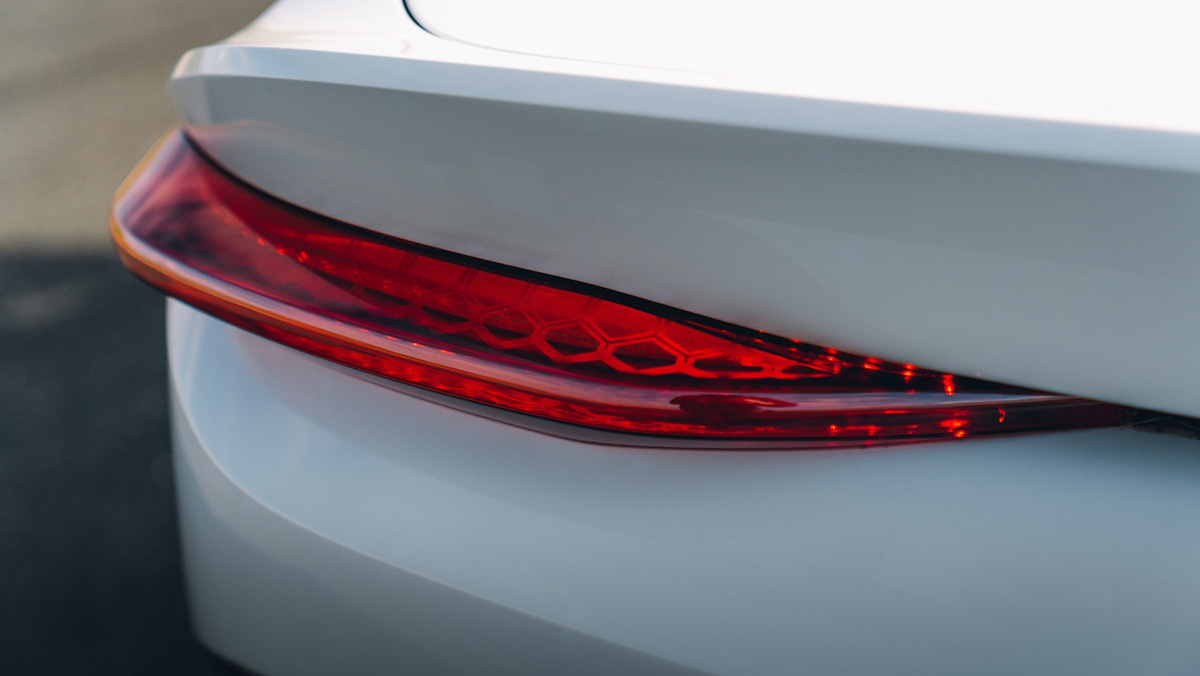 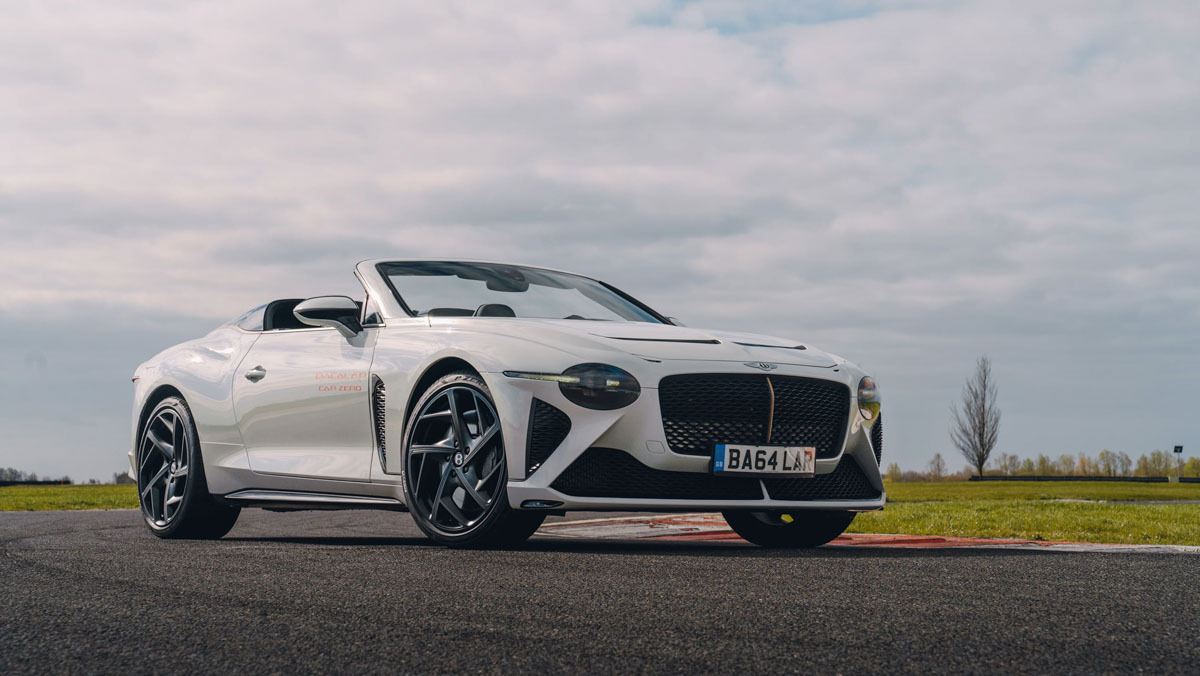 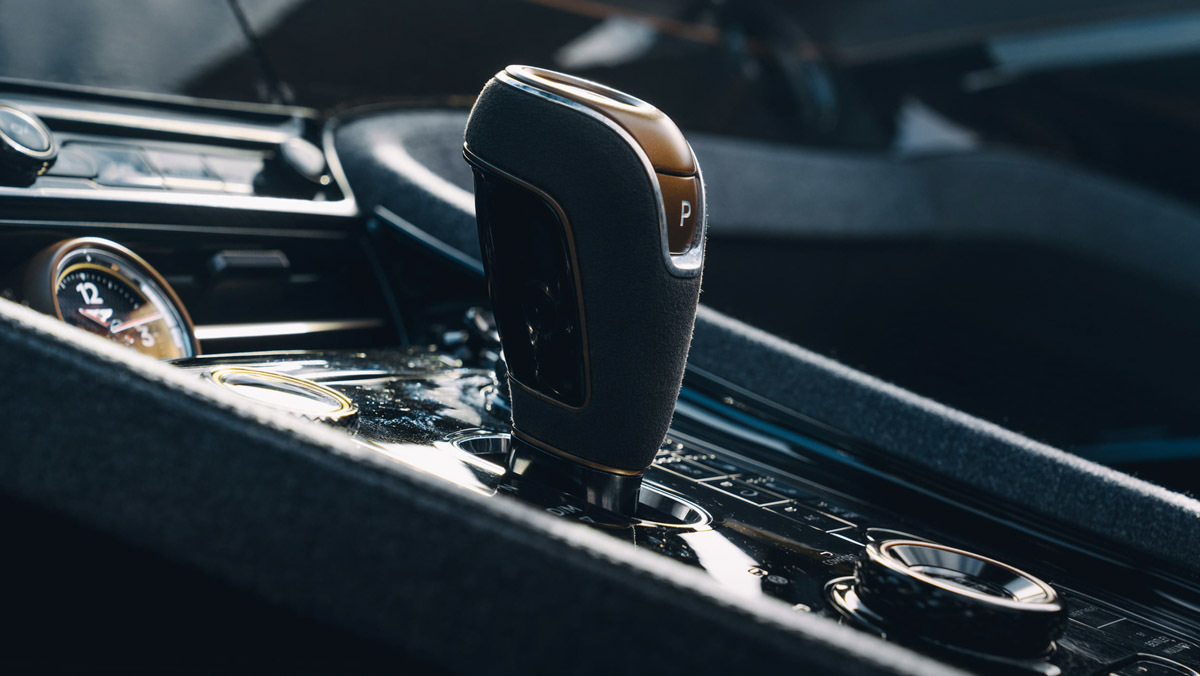 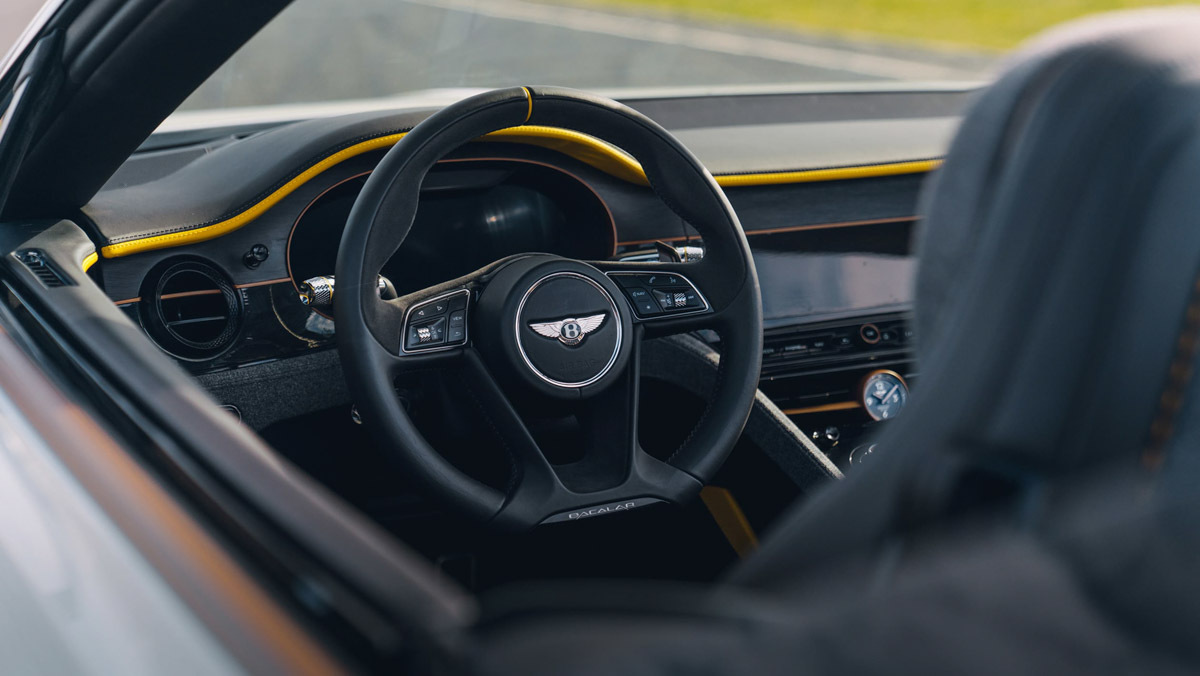 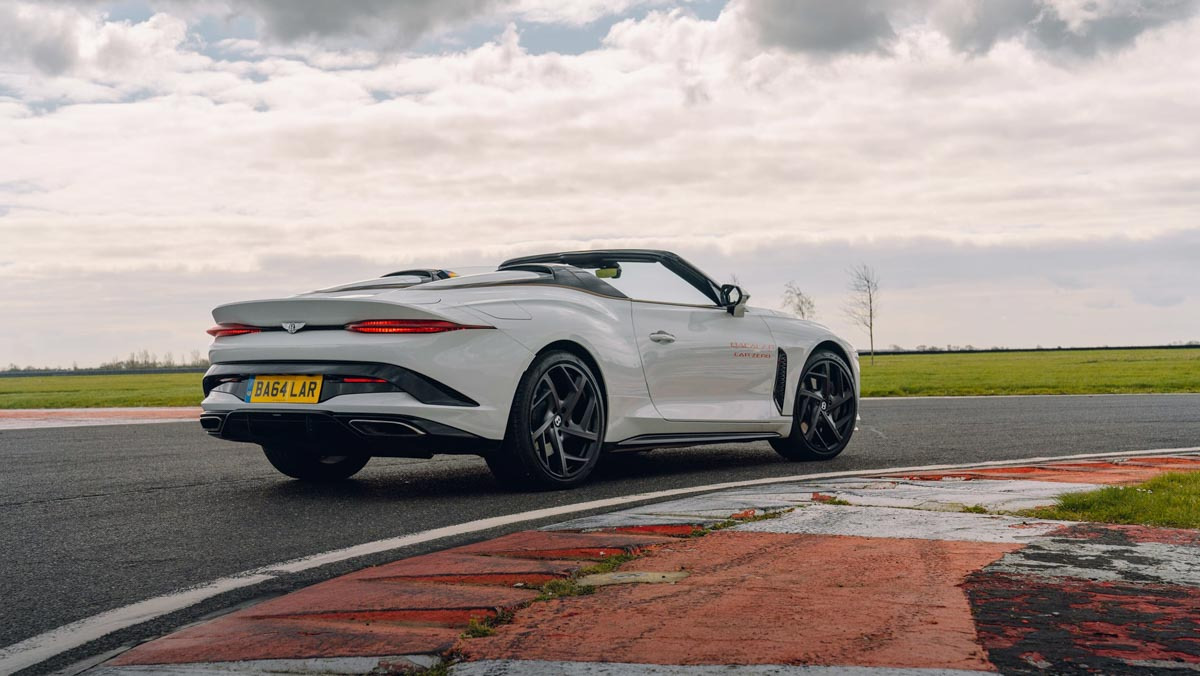 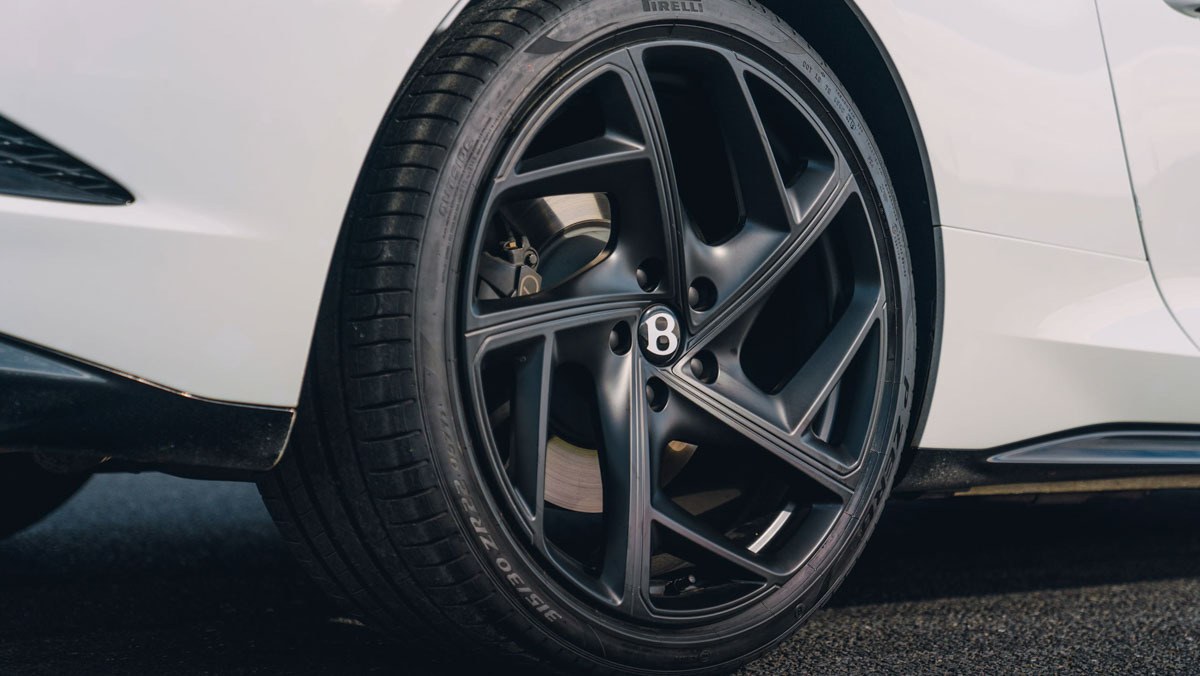 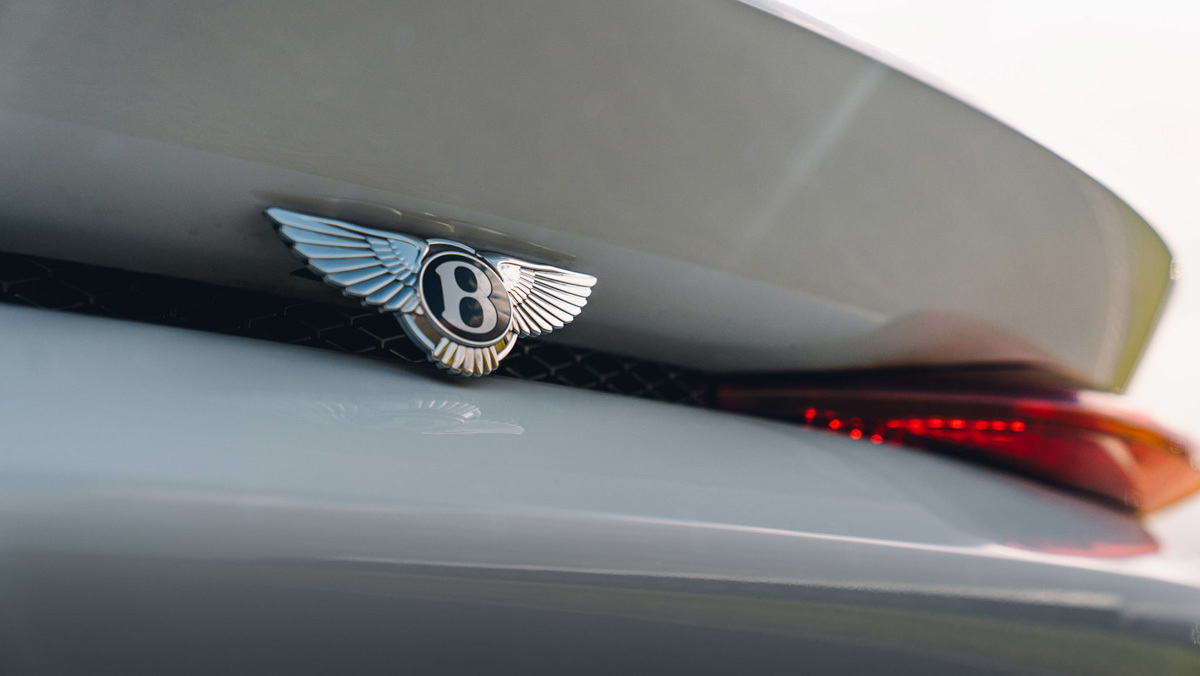 You can’t move for restomods today. Eagle E-types, Singer 911s, Alfaholics Alfas and then there must be several thousand other firms that have tapped in to the desire for people to have something bespoke in their collection and will backdate, update or simply offer a gear lever retrim and charge your six-figures for the privilege. They are the 21st Century interpretation of yesterday’s coachbuilding era.

Bentley’s Bacalar is the firm’s interpretation of that restomod recipe, albeit one that calls on its coachbuilding past, which was so successfully handled by Mulliner – first as an independent before being bought by Rolls-Royce & Bentley in 1959. 62 years later and Bentley is growing its Mulliner coachbuilding division once again, which will consist of three pillars: The Classic division specialising on reconditioning of customer’s classic Bentleys and building continutiuonation cars such as the recent Blower project. The Mulliner Collections will be limited run cars based on the current production models and then there is the coachbuilding side of the business, which is where the Bacalar comes from.

Taking a W12 Continental GTC and thoroughly redesigning it from the ground up, Mulliner has developed the ultimate Conti GT – a two seater, open top, 650bhp roadster. Built in tiny numbers – just 12 are being produced, of which half have been sold to US and European customers, with some also buying a $5.5 million Blower continuation car at the same time – the Bacalar has cost those dozen clients (for some it’s their first Bentley…) a minimum $2 million.

What will they be getting? A rather special, beautifully finished, surprisingly sharp to drive, brutally quick piece of hand built engineering.

Beneath its new carbon fibre body is Bentley’s venerable 6.0-litre twin-turbocharged W12 engine. Its ECU has had a new line of code added to increase peak power by 25bhp to 650bhp, but torque edges up 3lb ft to 667. The eight-speed automatic transmission is untouched, but four-wheel steering has been added to the four-wheel drive system.

With such a modest power increase, and equally modest 30kg weight reduction, the performance figures are on a par with the Continental GTC. That means a 0-100kph time in the region of 3.8 seconds.

Where to start. Mulliner and Bentley manufactured 750 new parts for the Bacalar, 40 of which are made in carbon fibre. Every exterior panel is unique to the car with aluminium used for the rear clamshell and the upper section of rear bodywork and carbon fibre used for everything else. These being unique parts, the investment just to produce the tooling goes some way to explain the car’s cost, but also that this might not be the first Conti GT model to receive such a makeover.

Inside, the interior is trimmed in equally bespoke materials, there’s 5000-year old riverwood that should make every car manufacturer stop putting wood in cars if it can’t be as beautifully integrated and finished as this. Alongside its open-pore finish every other piece of wood trim fitted to a car has the appearance of a (very) cheap substitute.

Wool cloth replaces much of the leather you would normally find in a Bentley, although the door straps are similar to those fitted in a Porsche 911 GT3 RS, but are made from the softest leather rather than a piece of seatbelt offcut. And there’s bronze and gold (it looks better than it sounds, trust us) detailing abound in the cabin so everything you touch feels several steps up in quality from a regular Conti GT.

Being a strictly two-seater, behind those seats is a storage area for the bespoke luggage, but it’s also key to how the Bacalar drives. With no roof (don’t worry, the car has been subjected to the same 10-year simulation climatic test programme as a regular Bentley, so the interior can put up with everything the elements can throw at it) or the mechanism that comes with it, Bentley’s engineers needed to fill the void to provide the aforementioned luggage area but also tie the back of the car together, so they designed a carbon fibre tub. A consequence of this is that it also increased the level of stiffness across the rear of the car.

This increased stiffness, combined with Bentley’s three-chamber air suspension system that has been re-calibrated and the fitment of a four-wheel steering system that will also debut with the forthcoming Continental GT Speed, should result in a far more dynamic car than perhaps its owners are expecting.

The flatlands of Bedford Autodrome’s south-west circuit are quite possibly the last place a Bacalar customer will bring their car (although we’d love to see one at our 2021 trackdays), but should they find themselves passing the green light at the end of the pitlane they might be pleasantly surprised at what their car can achieve.

Bentley’s W12 has never lacked for performance and it’s no different here, it will push itself through the air with a disdain that only huge capacity, multi-cylinder engines can exhibit. And while its power and torque are delivered in the most calming and refined manner, the performance it offers always results in a stupid grin across your face. The eight-cylinder Conti GT might well be the better the engine, but Bentley’s dozen cylinders are still hard to resist.

Along the back straight the Bacalar will kiss 241kph if you’re brave with your braking, which you will need to be because this car-zero development mule doesn’t have ceramic brakes (an option on a $2 million car…) and 2384kg takes some stopping. And while this won’t surprise you, how it gets through the oncoming corner possibly will.

There’s an unexpected directness to the steering, which feels more linear and precise than a regular Conti GT’s and the car rotates as one around its axis adding a layer of precision missing in the standard line-built cars.

That combination of a more tied down rear end and four-wheel steering makes a far larger contribution to how the Bacalar drives than you would expect. It results in a car with a sharpness and crispness that matches its new found bodywork.

Yes it will push on if you grab a fist full of lock and bury the throttle, but it can also be balanced with far more control if you work the steering and throttle as one, rather than two individual instruments. Be smooth and clean with your inputs and the Bacalar rewards with a delicacy that’s totally unexpected.

While its striking design and exquisite finish grabbed customers’ attention at its launch in 2020 – creating a waiting list double the number Bentley will build – from our perspective it’s that combination of added stiffness and the four-wheel steering system that completes the project, marking it out as not simply a coachbuilding exercise but a thorough engineering one, too.

Even if you had the $2 million required you’ve missed the Bacalar boat, as all 12 sold within a day or so of the car being revealed. Which means you’ll need to wait for the next Mulliner project (don’t worry, you don’t need to have bought every Bentley showroom filler to be considered, Bentley offers a strictly first come, first served policy), or ask Ferrari, McLaren or someone from the fast growing restomod industry to build you something equally bespoke.

Previous ArticleMazda MX-5 Sport Venture special edition revealed
Next Article Porsche Cayenne review – if you’ve got to go SUV, this is the one