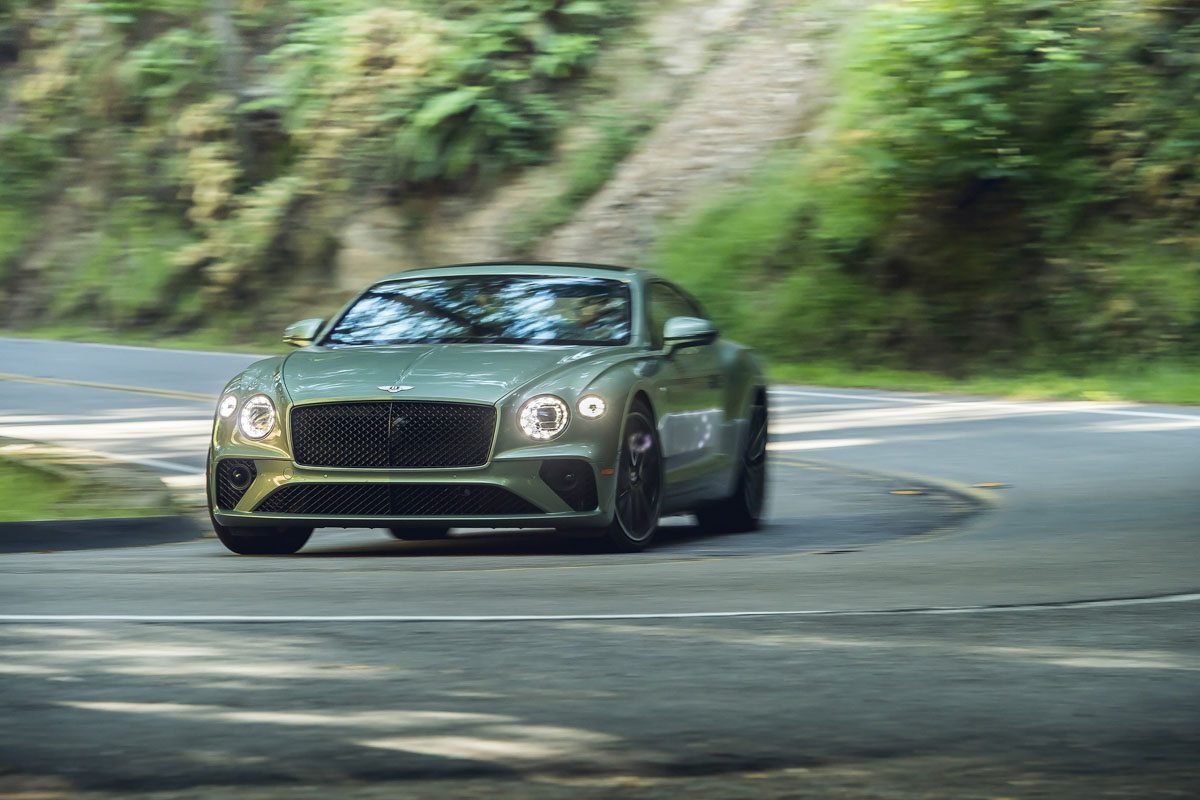 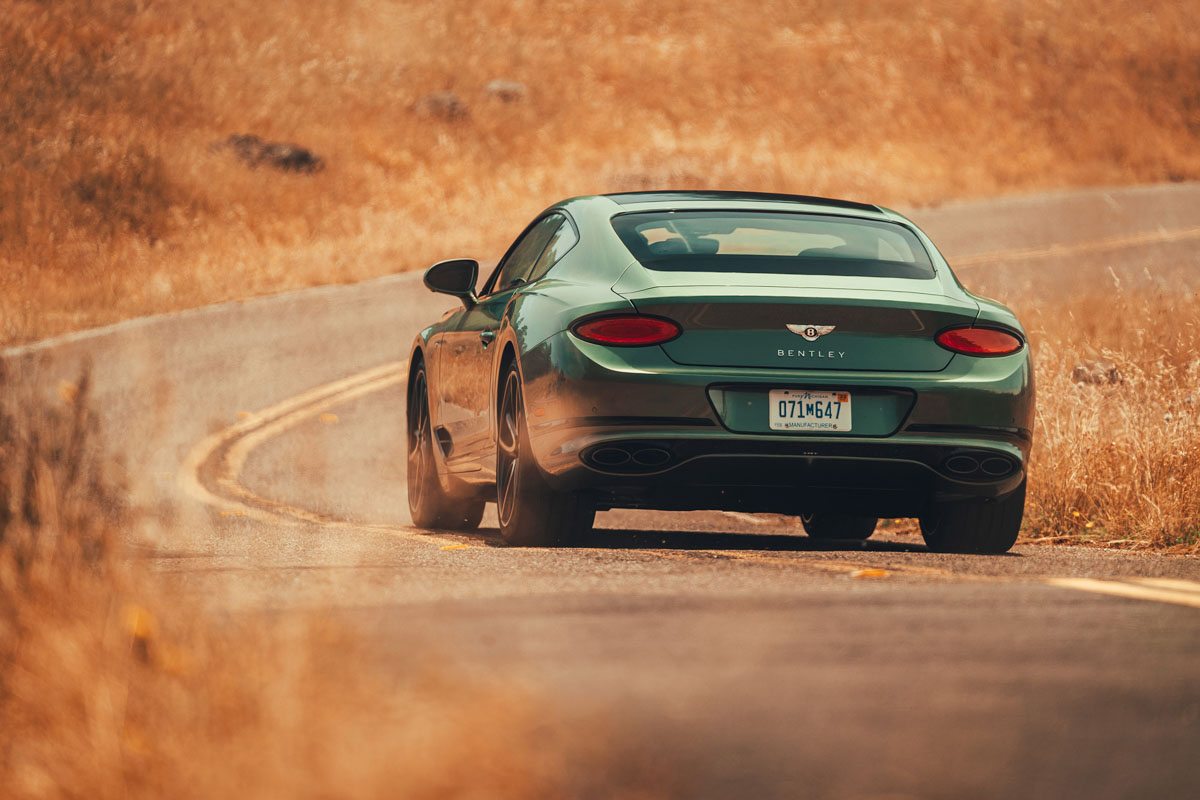 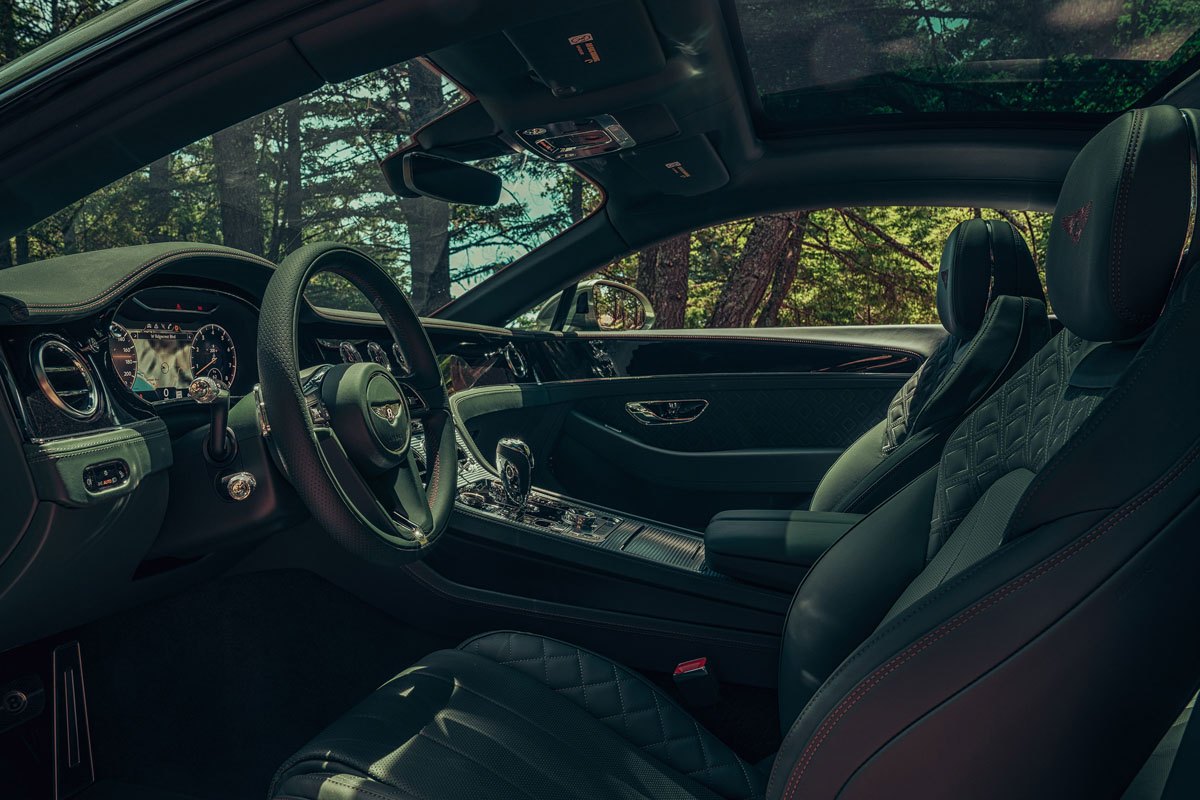 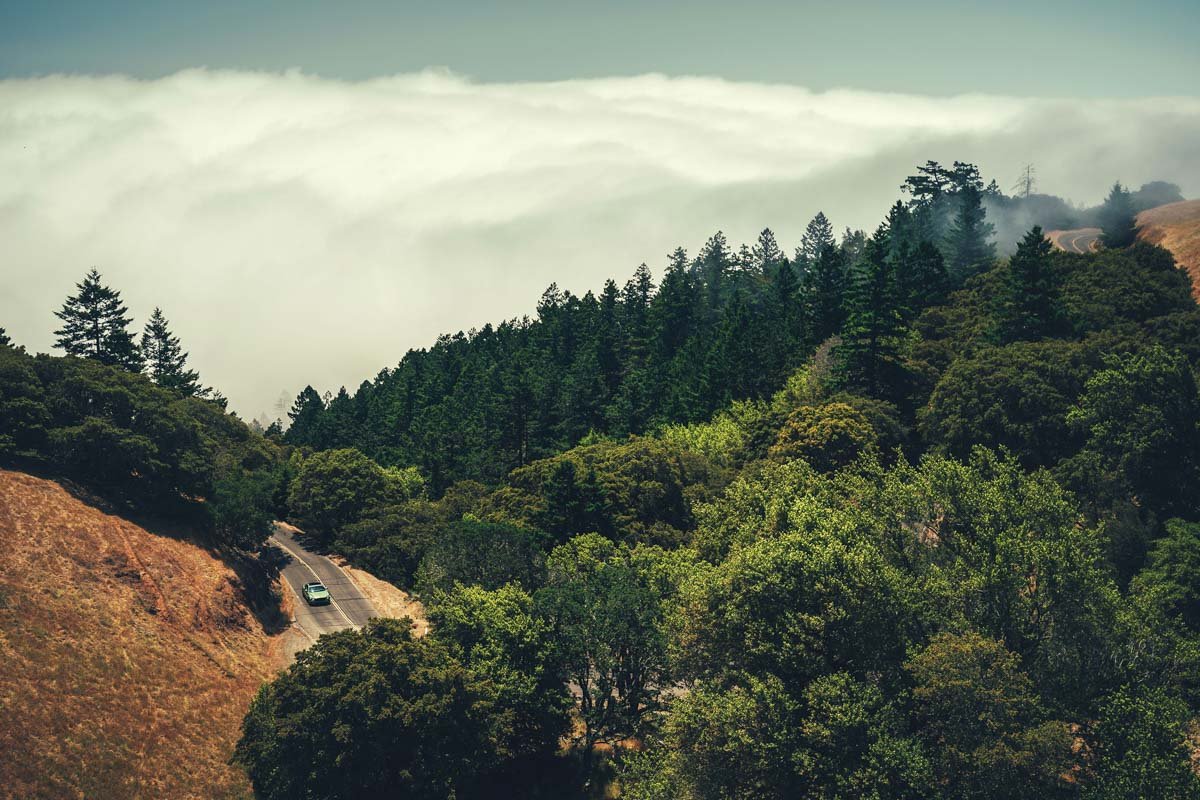 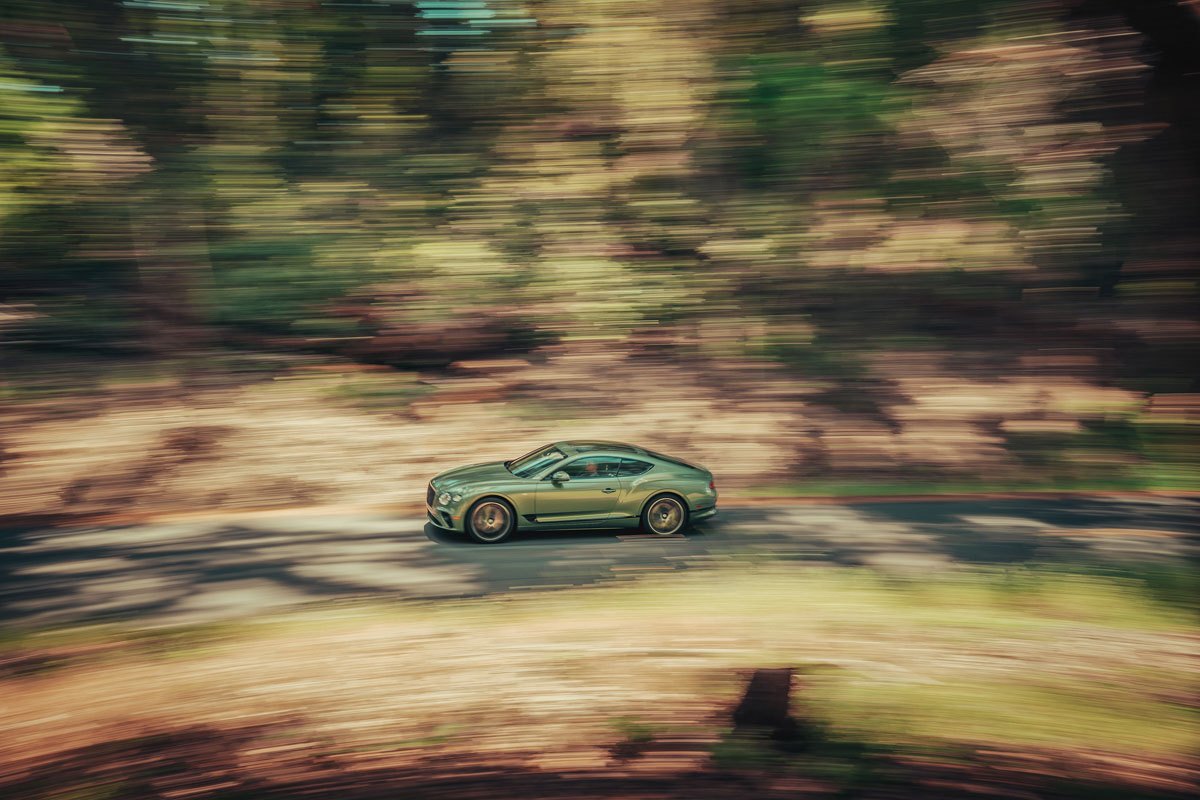 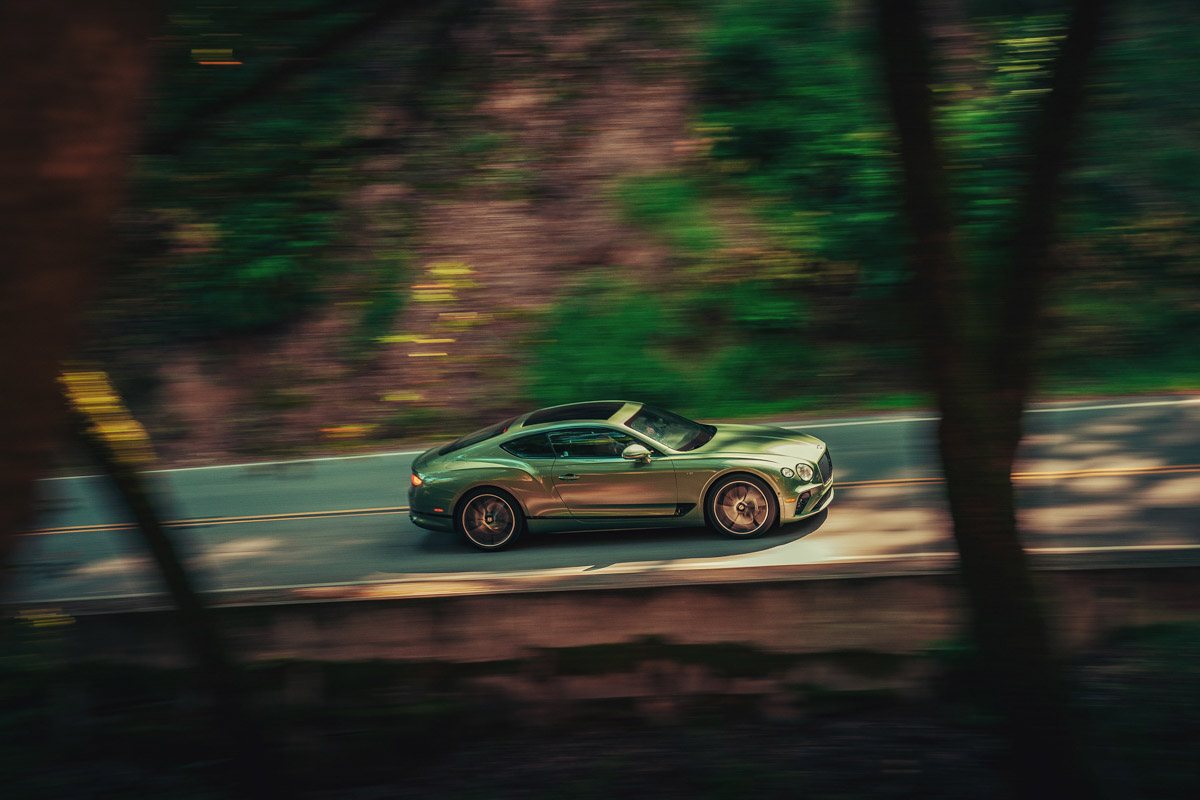 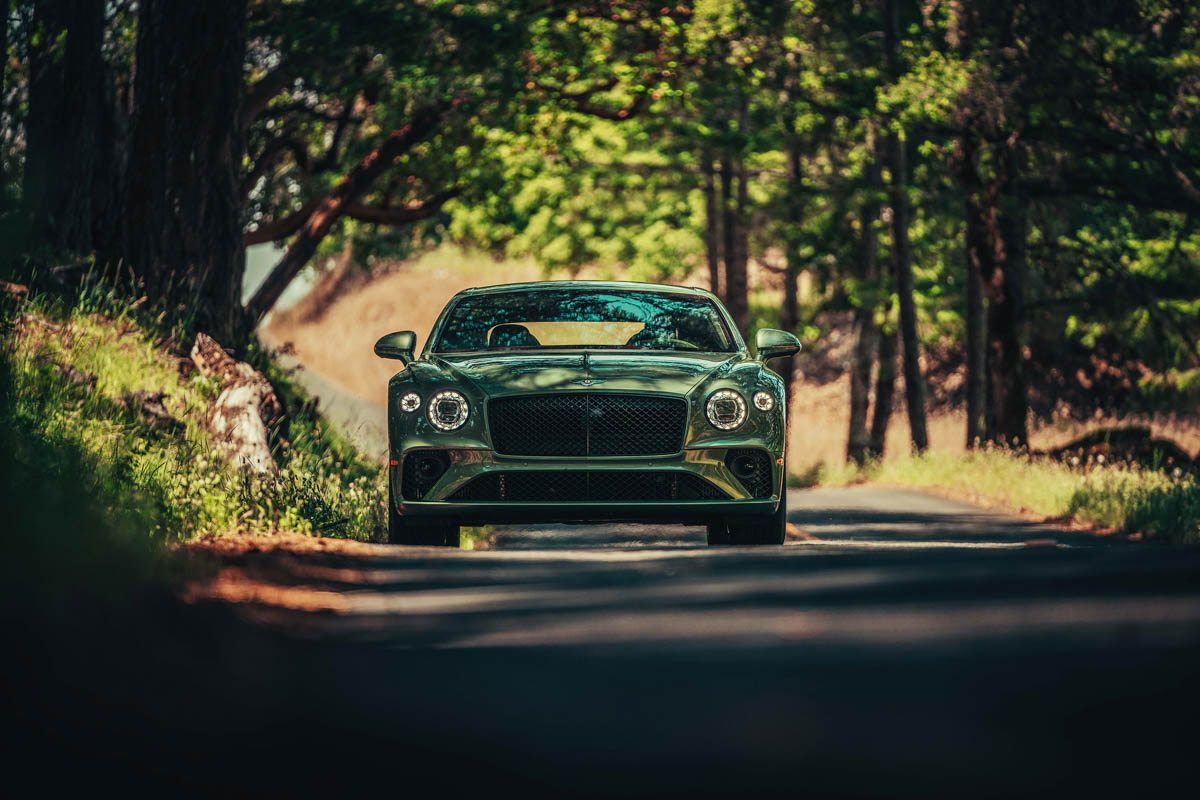 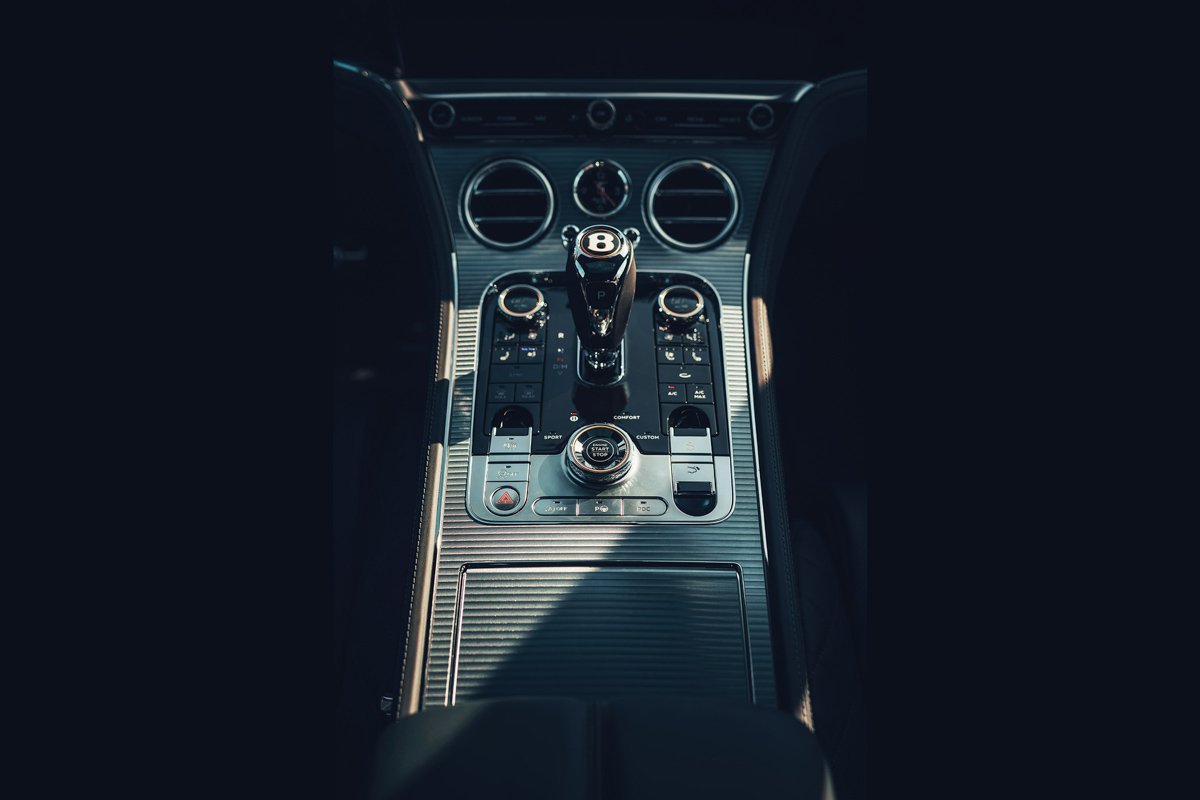 The Bentley Continental GT range expands with this, the more ‘junior’ V8-engined model. Last time around losing four cylinders over the range topping W12 made for a better overall car, at least from a driving perspective; with the much more sophisticated and dynamic mk2 GT, will that still be the case?

There are no great surprises here. A V8 was a staple of the old Conti GT range, and was always going to be an integral model of the new one. Once again, it’s the 4-litre twin turbo unit familiar from cars such as the Audi RS6, but with a unique calibration to give it that Bentley sound and character. It produces 542bhp and 568lb ft of torque – outputs that position it carefully below the 631bhp of the W12 variant, but still enable it to reach 100kph from rest in just 3.9 seconds and go on to a top speed of 318kph (as a comparison the W12’s figures are 3.6 secs and 335kph). The only gearbox is, slightly unusually, an eight-speed twin clutch unit shared with Porsche, but the Crewe firm has worked hard to give it the soft, smooth shifts associated with a more traditional torque converter while still benefiting from the sportier changes possible in Sport mode.

One key attribute of the new generation Continental GT is how the front axle has been pushed forward, and the engine placed further back, thereby improving the weight distribution. The V8 is lighter than the W12, so improves this situation further still, and overall is 50kg lighter than the flagship, although still a considerable 2,165kg.

The GT’s air suspension setup is still a three chamber design, but the V8 loses the active anti-roll bar setup as standard, it moving to the options list. Otherwise the specification of both models is very similar. The GT’s character is defined by its driving modes, which comprise of Comfort, Bentley, Sport and Custom settings, and within these the torque split of the four-wheel drive setup is varied, in Sport mode the car being predominantly rear-wheel drive as possible unless grip is required on the front axle.

Bentley’s brief for the Conti GT is straightforward, but no mean feat to achieve: the car should be a grand tourer in the traditional sense, meaning it’s capable of consuming vast mileage in total comfort, but then, when the road turns twisting and challenging away from a French Autoroute and towards your final destination, it should be both capable and entertaining for the person behind the wheel.

The former quality is expected of a Continental GT, and the V8 doesn’t disappoint. It fires up with a restrained but menacing thud, yet is barely audible once underway, loping along with little more than fingertip pressure required on the wheel to change direction. Wind and road noise is very well contained, and the gearbox is particularly adept at not changing up unnecessarily, instead letting the V8 use its substantial low down torque to surge you past other traffic with effortless authority. It all feels very ‘Bentley’.

That kind of driving is usually undertaken in the Bentley mode, but to realise the full potential of the GT you’ll need Sport, selected via the large dial in front of the gear selector. Given our car had the optional active anti-roll bars, they then work to dramatically tighten the lateral control, imperative with a car of such mass. The gearbox, suspension and engine response all evolve, too, and the exhaust now emits a deep rumble, overlaid with – thankfully – random pops and bangs. It’s now that you really notice how the V8 is keener to change direct than the W12, and the engine’s power delivery also encourages quicker driving. While it might be exaggerating a little to say the GT turns into a truly involving sports coupe, it is nevertheless hugely satisfying to cover ground quickly in it, the accuracy and surprisingly delicacy of the driving experience as enjoyable as it is effective. And all this experienced from within what may just be the finest interior available today, a fabulous mix of hand-crafted materials and contemporary tech.

At $188,000 the GT V8 really is locking horns with the V8-engined Aston Martin DB11, which costs from $187,000. On paper these two look to be chasing exactly the same customer, but their execution of the brief is in reality rather different, and while the Aston has its strengths it can’t match the breadth of the GT’s abilities. A Mercedes-AMG S63 coupe costs $163,360, while the sportier AMG GT 4 Door retails from $153,362: both are capable cars, but lack the Bentley’s warm charm and specialness. Porsche’s Panamera Turbo is another option, and much cheaper at $147,165. It uses the same engine as the Bentley, so that’s a lot of spare change, but it’s hard to get as excited about Porsche’s sports-limo as the car from Crewe.