Just as brilliant as the PDK, except it’s even more engaging to drive. And a lot more civilised on the road than we first thought 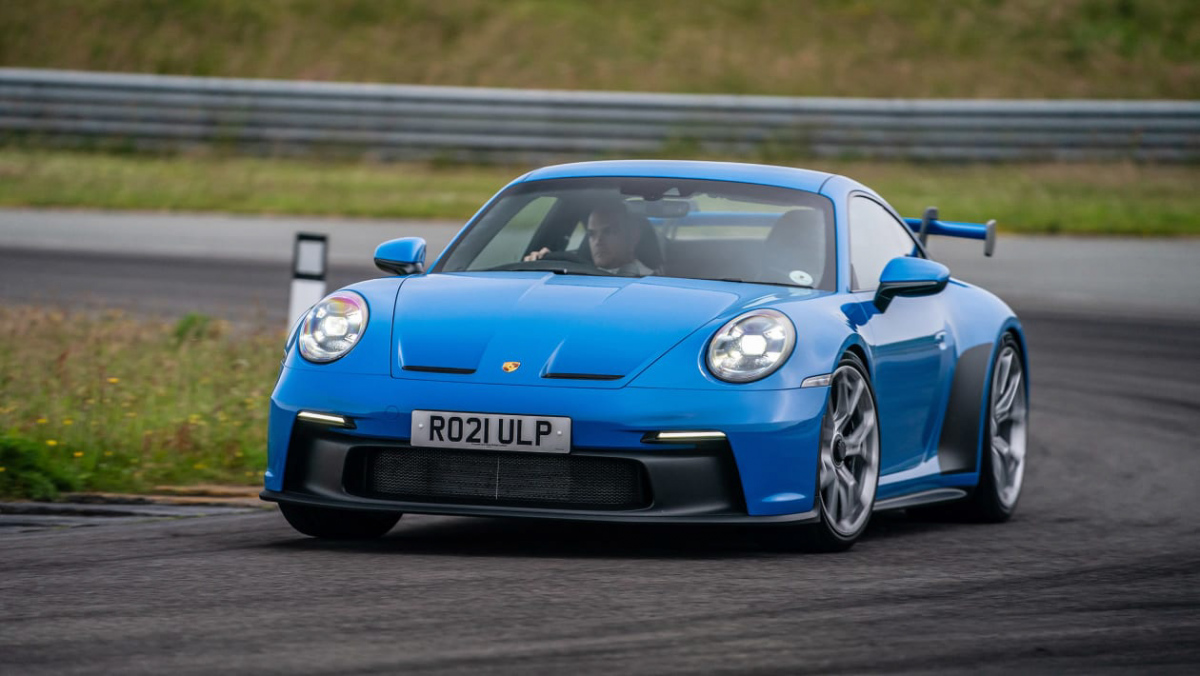 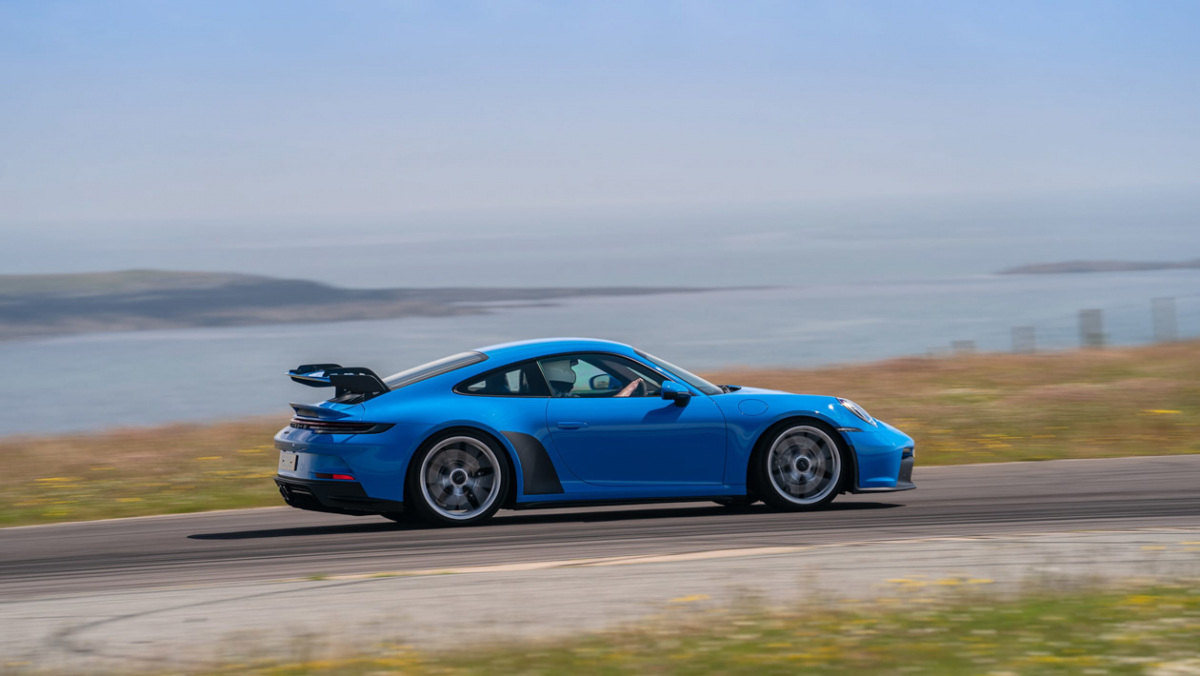 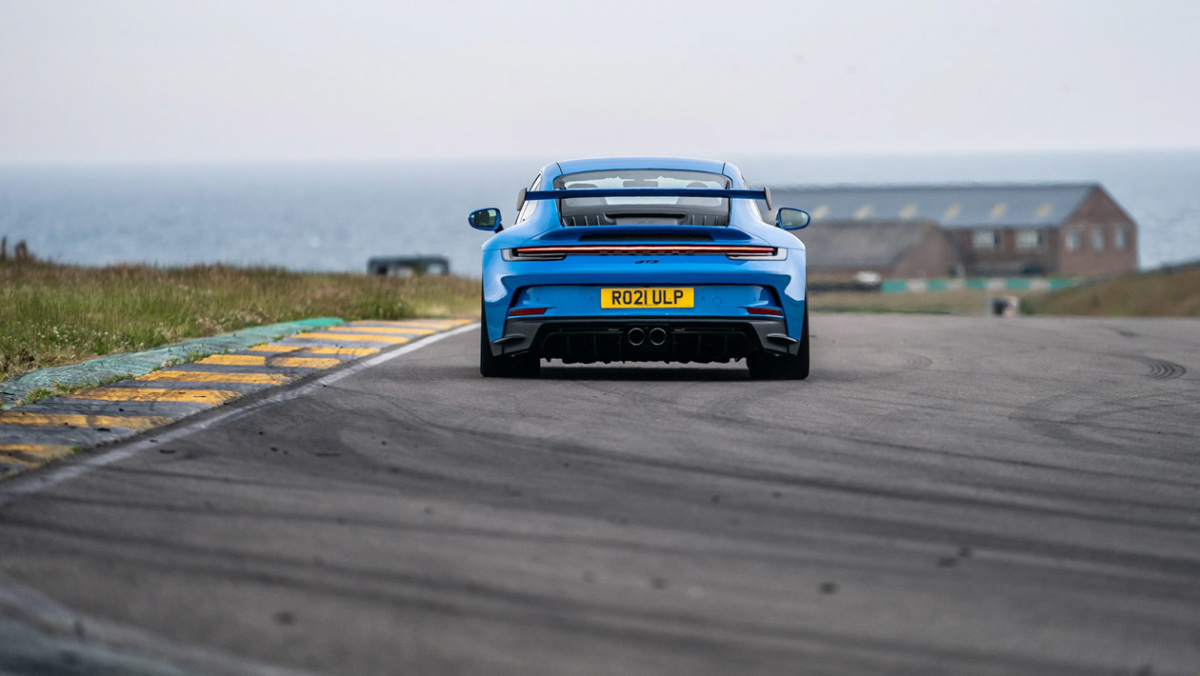 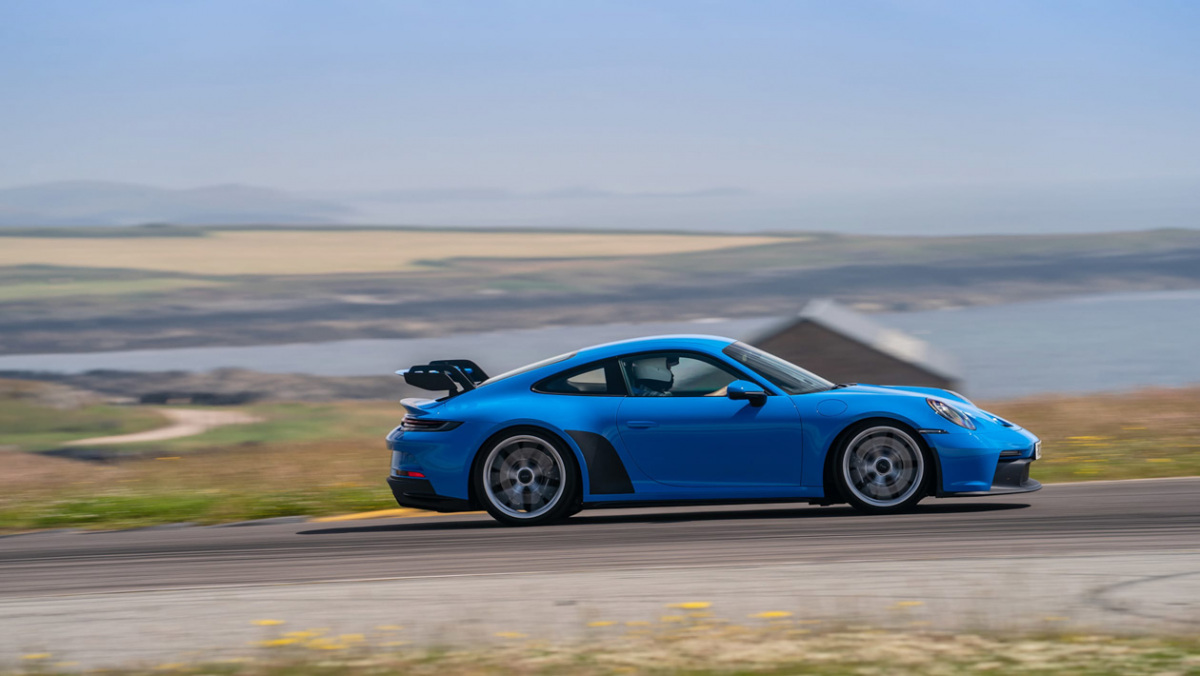 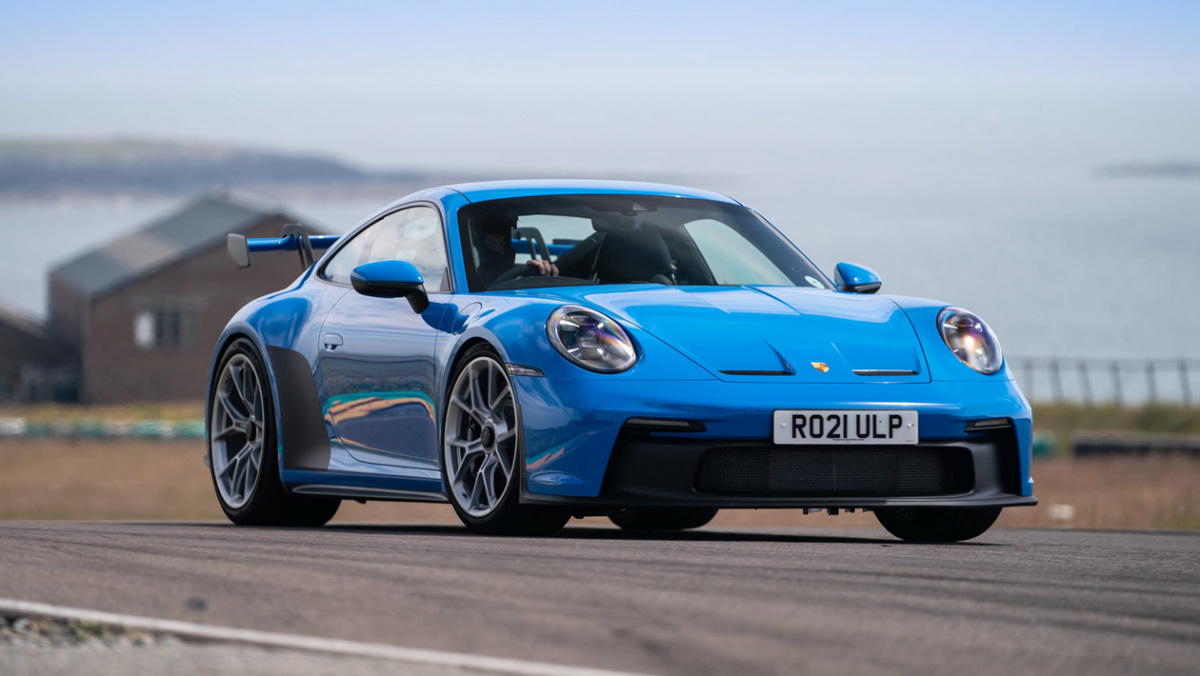 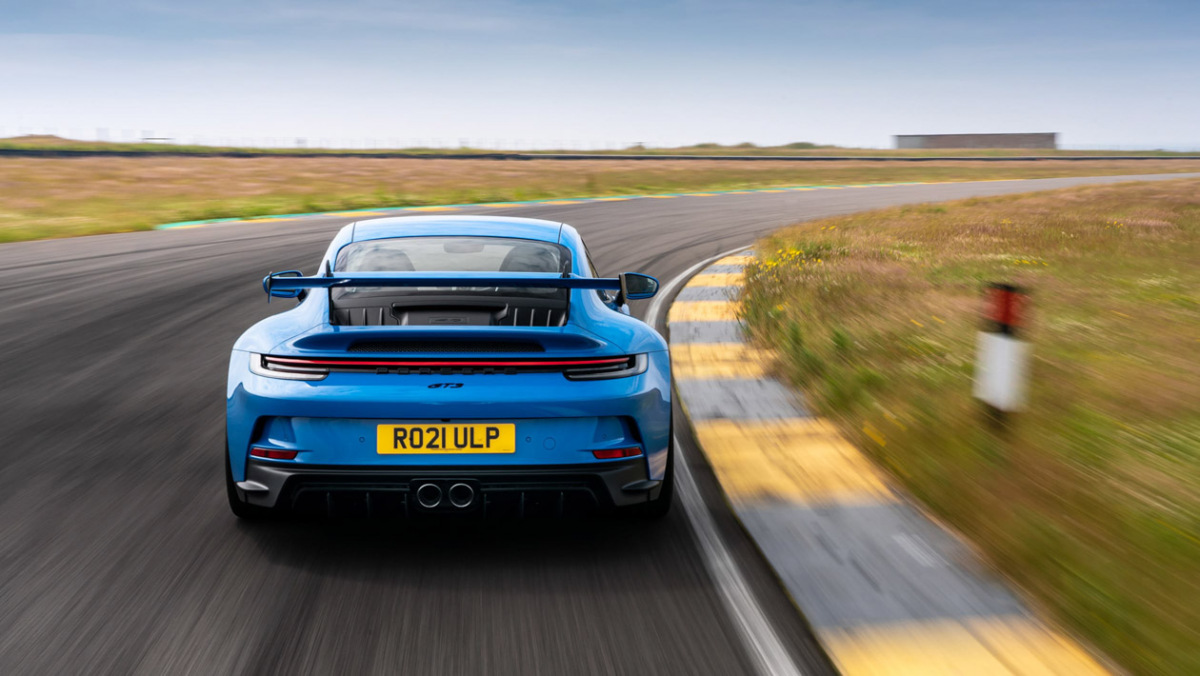 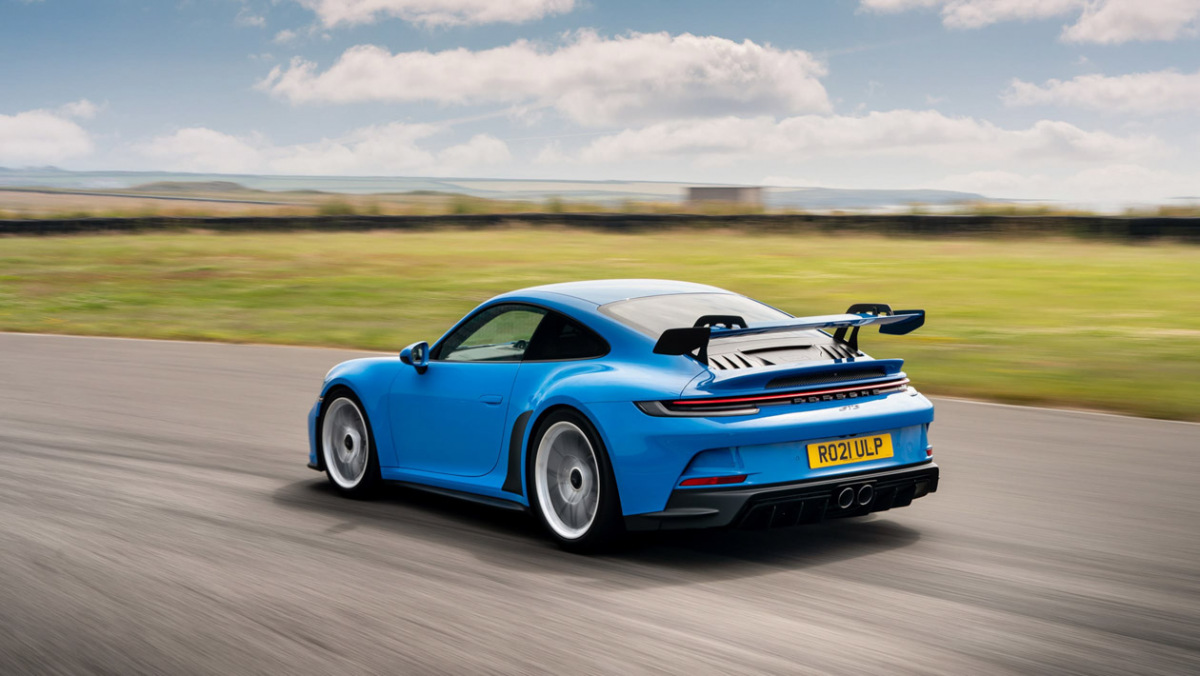 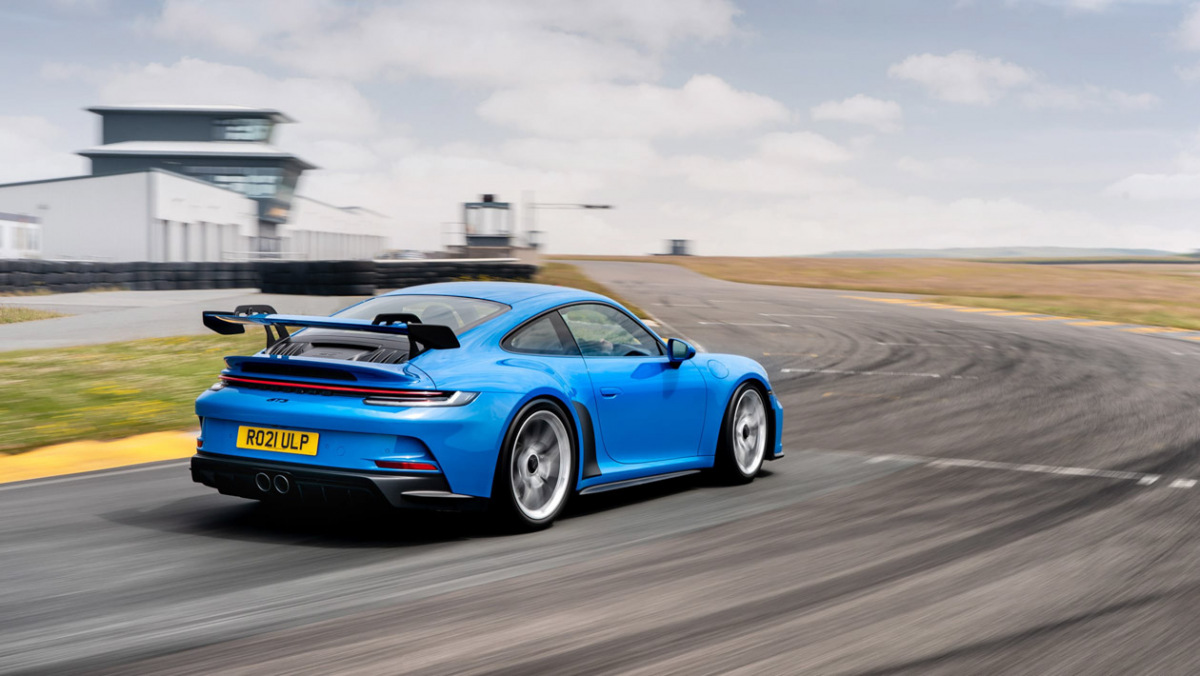 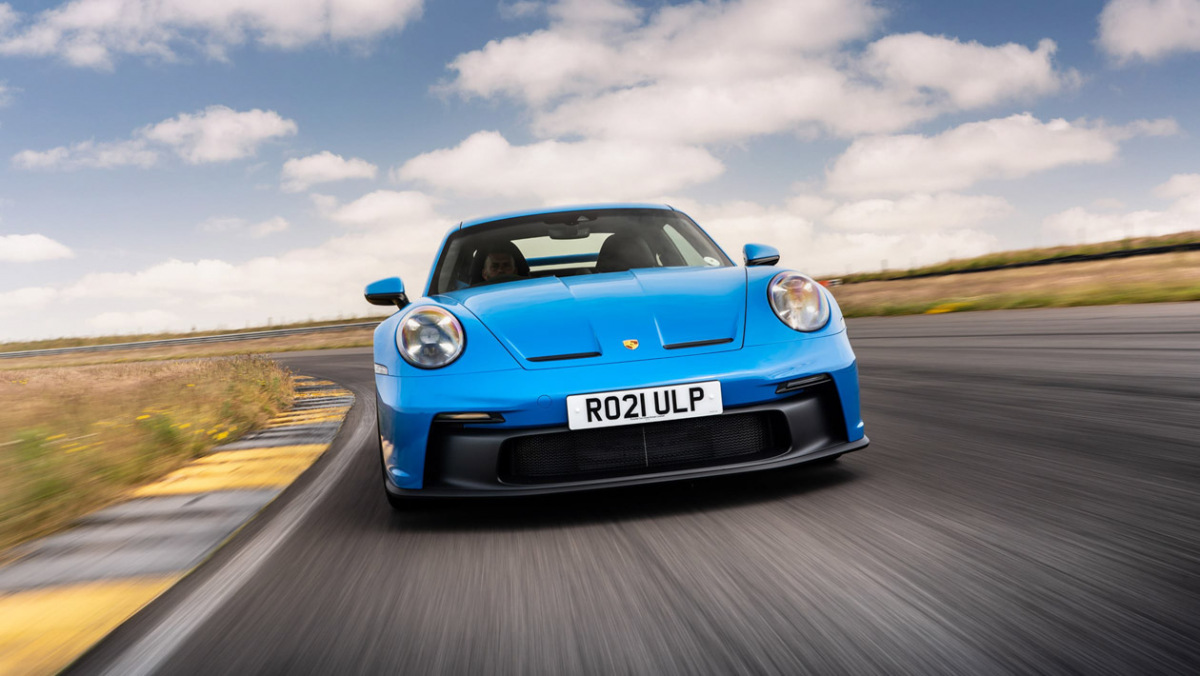 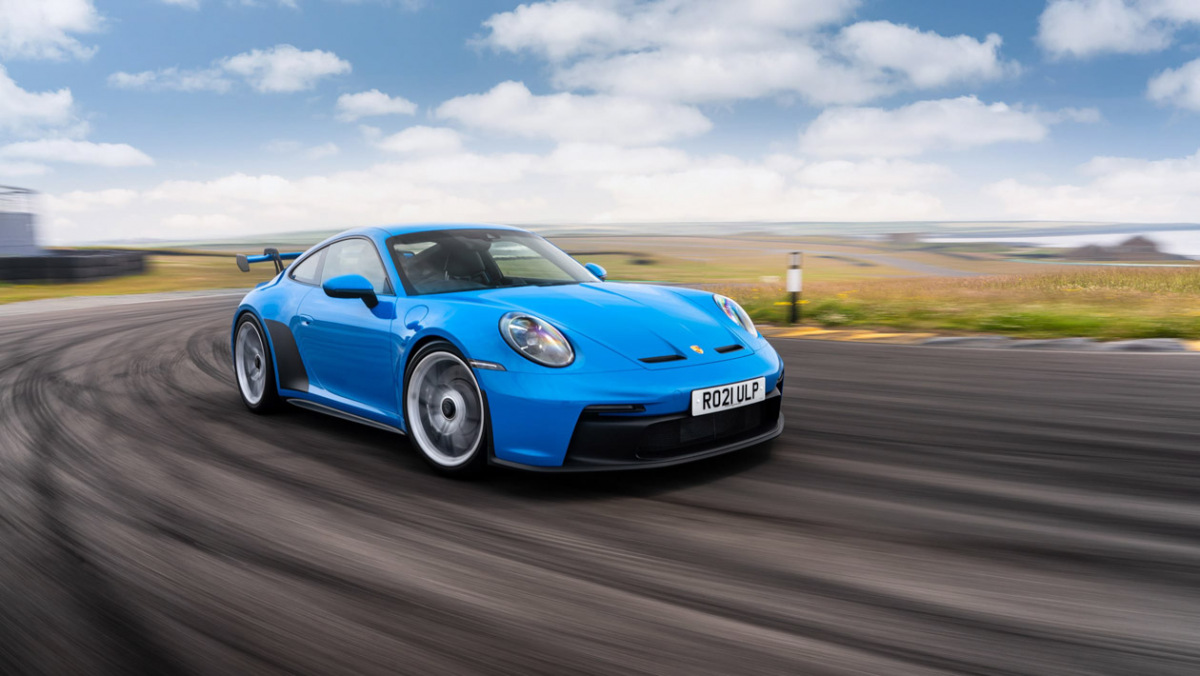 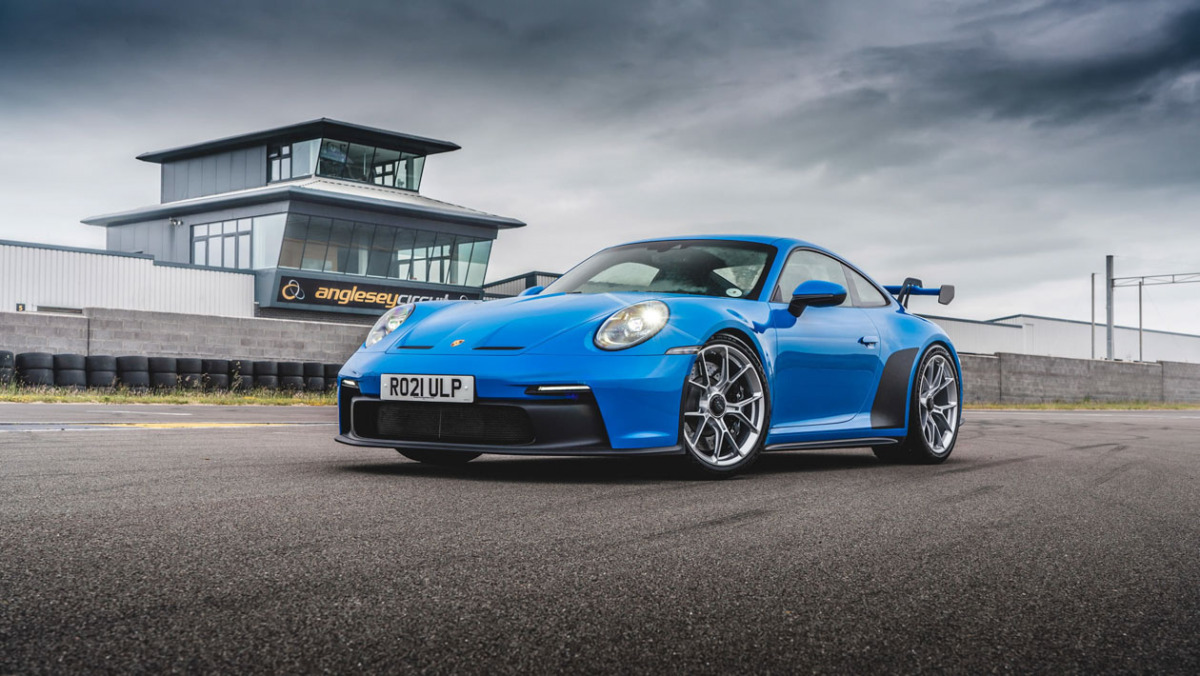 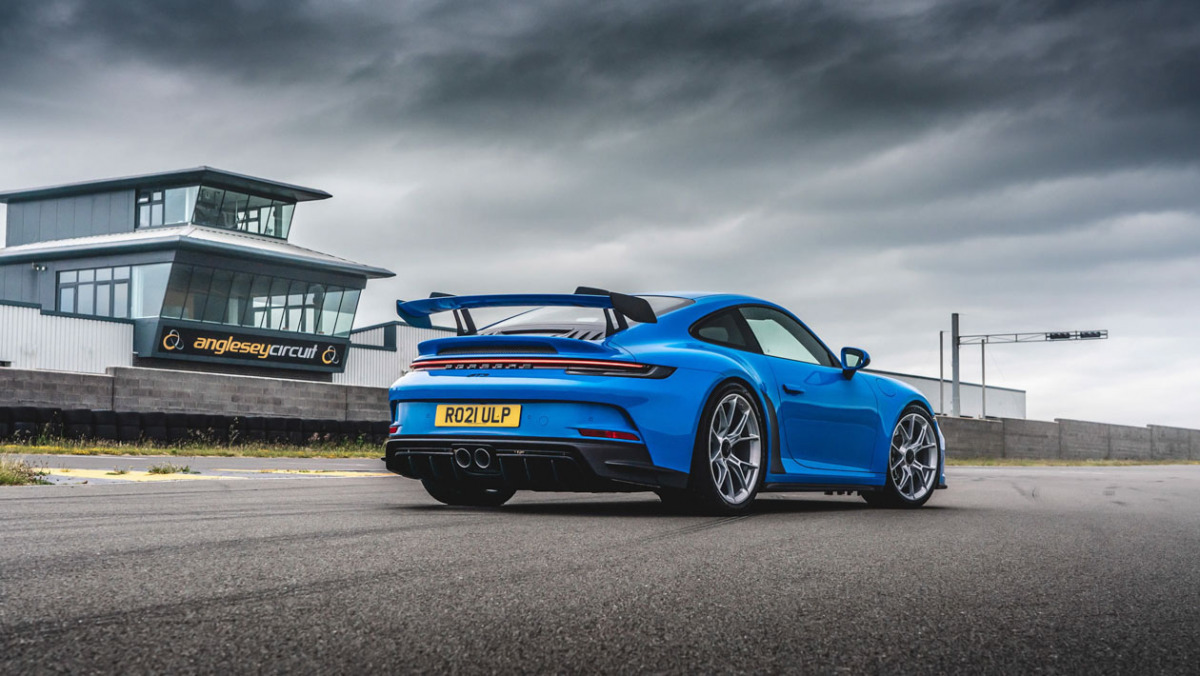 So you think you know what the new 992 GT3 is like to drive, correct? Having read Mr Catchpole’s excellent first impressions on the car, formed during a day with the PDK version on evo’s home track at Bedford, you’ll know that it has a screaming flat six engine and delivers even more performance than the previous 991.2 GT3. You’ll know, too, that it steers rather sweetly, turns in quite well, stops tidily and has a fair bit of purchase courtesy of its sizeable 20/21-inch Cup 2 tyres.

But what you might not know is what the manual gearbox version is like to drive. Or how the new GT3 behaves not just on the track at 11/10ths, but on the road, maybe at a mere 6/10ths, where different questions are asked of its new adjustable double wishbone front and multi-link rear suspension. Keep reading and we’ll tell you more.

Sitting in its traditional place behind the rear axle is a 4.0-litre atmospheric flat-six engine, in this case putting its considerable power on the tarmac via a six-speed manual gearbox that also (selectively) automatically blips on downshifts. There’s also a mechanical limited slip differential, and it’ll accelerate from zero to 100kph in 3.9sec, 0.5sec behind the time quoted for the 7-speed PDK. Both transmissions are derived from the old GT3 and not the new Carrera, Porsche’s motorsport division did this as these units are both smaller and lighter.

But what such raw numbers don’t tell you is that the dry-sumped, water-cooled flat six in question doesn’t deliver its peak power of 503bhp until 8400rpm is registered, or that peak torque of 346lb ft isn’t reached until you see 6100rpm appear within the big analogue dial in the centre of the new instrument display. Or, indeed, that this new motor will rev to an ear-splitting 9000rpm before its limiter intrudes, at which point you can no longer hear yourself think inside the cabin.

For the record 0-160kph takes 7.9sec and the top speed is just two kilometre an hour shy of the not-so-magic 322kph marker. At this speed the GT3’s flat six is rotating at 8250rpm in sixth gear.

When it comes to the GT3, it’s a case of where to start with the technical highlights, such is the sheer amount of hardware Porsche’s GT division stuffed into what is inherently still a compact package. Starting at the front, the 992 is the first road-going 911 with double wishbone front suspension – a pivot from the MacPherson struts seen on all other 911s, including lesser 992s.

But it goes further, as the coilover suspension is now manually adjustable, too, allowing those with a penchant for modifying their cars some room to play with the setup, just like the GT3 racer. At the rear, the multilink setup is again bespoke to the GT3, with rear-wheel steering integrated just as with the 991.

The GT3 shares the basic 911’s body-in-white, but the bonnet is new and made from CFRP, and also now integrates the front radiator vents. The adjustable rear wing is a brilliant piece of design, with swan neck supports that attach to the top surface and then slip down between the engine cover and bodywork to rest directly on the rear subframe. It is a tough-looking and obviously motorsport derived design, and while the wing might have its critics, in the flesh it’s a spectacular looking thing.

One word that doesn’t spring to mind here is “fine” because nothing about the way the GT3 manual drives could ever be described as being fine. Epic yes. Fine, no.

Take the way it rides. Even on soaking wet bumpy Welsh B-roads, the sort that would have challenged and occasionally defeated a 991 GT3, the new electronically adjustable dampers have a weird and entirely unexpected knack of being able to cope with whatever comes their way, seemingly at whatever loads or speeds you send in their direction. This we did not expect, given how incisive the car is on the track.

Yet it turns out the new GT3 is more than just usable on the public road, it’s actually very good in its general refinement – so long as you dial the drive mode back to normal on the wheel-mounted rotational button and leave the sport and track damper settings well alone.

Keeping the engine below 5000rpm helps, too, this being the point at which the noise it makes goes from being merely loud to something else entirely. Listen to it long enough at 6000rpm plus without ear defenders in or a crash helmet on and you will alight from a 992 GT3 with a decent dose of tinnitus, we suspect.

Otherwise, all that was said by us about the PDK GT3 initially is similarly true here, bar the fact that you can swap cogs manually, which adds an extra dimension to its appeal and removes 17kg from the kerb weight, lowering the official EU quote figure to 1493kg including a standard 75kg driver. The shift quality is peachy, the clutch surprisingly light and manageable, and there’s a switchable blip function on downshifts that you can take or leave.

We’d say take it because it works beautifully and makes you appear to be an even more highly skilled wheelman than you already are, but if you want to do it all by yourself and have a tidy heel and toe technique in your closet, fine. The choice is yours.

Either way, the manual GT3 is one of those cars that makes your heart beat faster every time you climb aboard. On-road or track.

It’s hard to see how this car has any serious rivals to be concerned about at “just” $177,733, even if its carbon ceramic brakes do cost an extra $9010. The new Vantage F1 Edition from Aston Martin costs $197,000 and isn’t anywhere near close to rivalling what’s on offer here.

The McLaren 600LT and Lamborghini Huracan Performante are other obvious rivals, although the Lambo’s been off-sale now for a few years and the McLaren is being cycled out before the new Artura eventually arrives, but both can be found through the usual channels as an alternative if a GT3 isn’t an option.

Which is where its only real downside is: availability. Once again Porsche has played it smart, making sure that demand considerably outstrips supply, ensuring the 922 GT3 of both instant and, no doubt, enduring value. As they say, nice work – if you can get it.

Previous ArticleEvolution of the Ferrari GT: 365 GTB4 Daytona to the 812 Superfast
Next Article Ferrari Portofino 2021 review – finds a sweet spot amongst GT companions