Ferrari’s new berlinetta promises big things, but will it deliver? 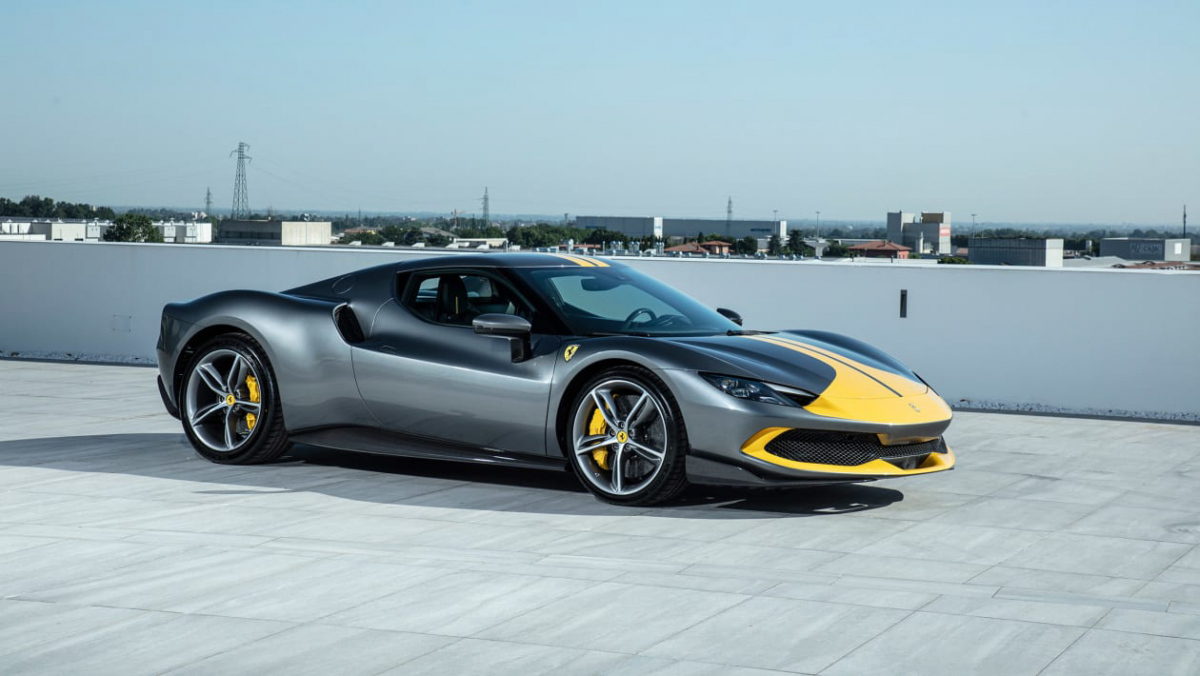 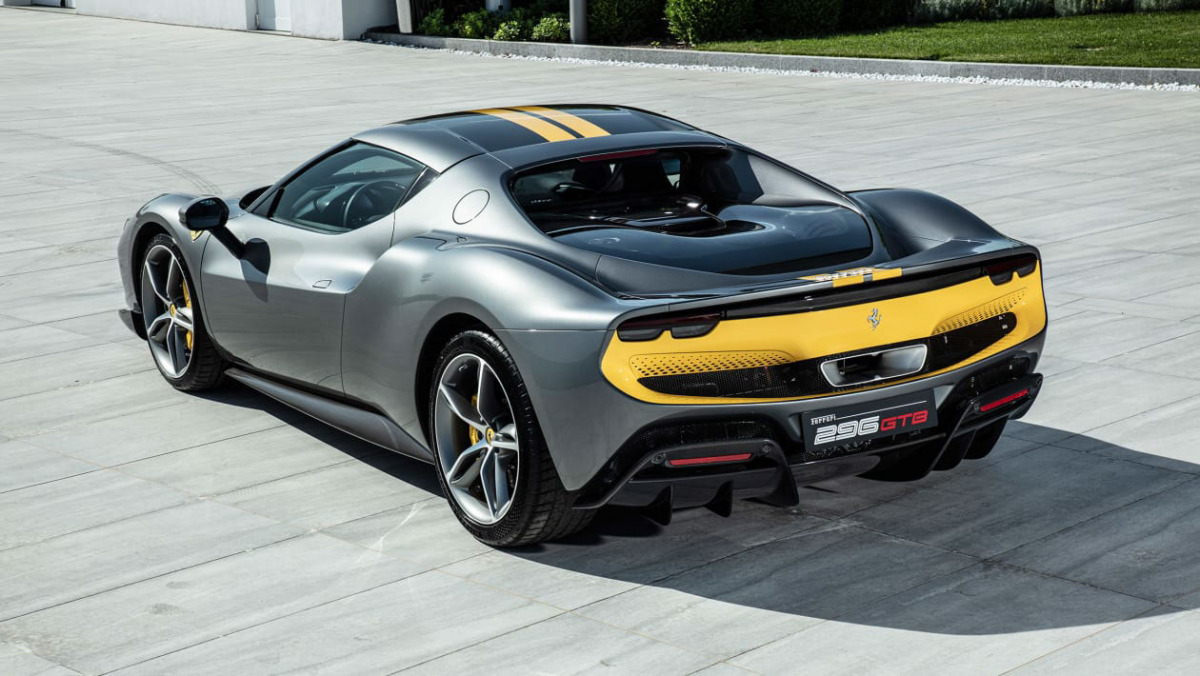 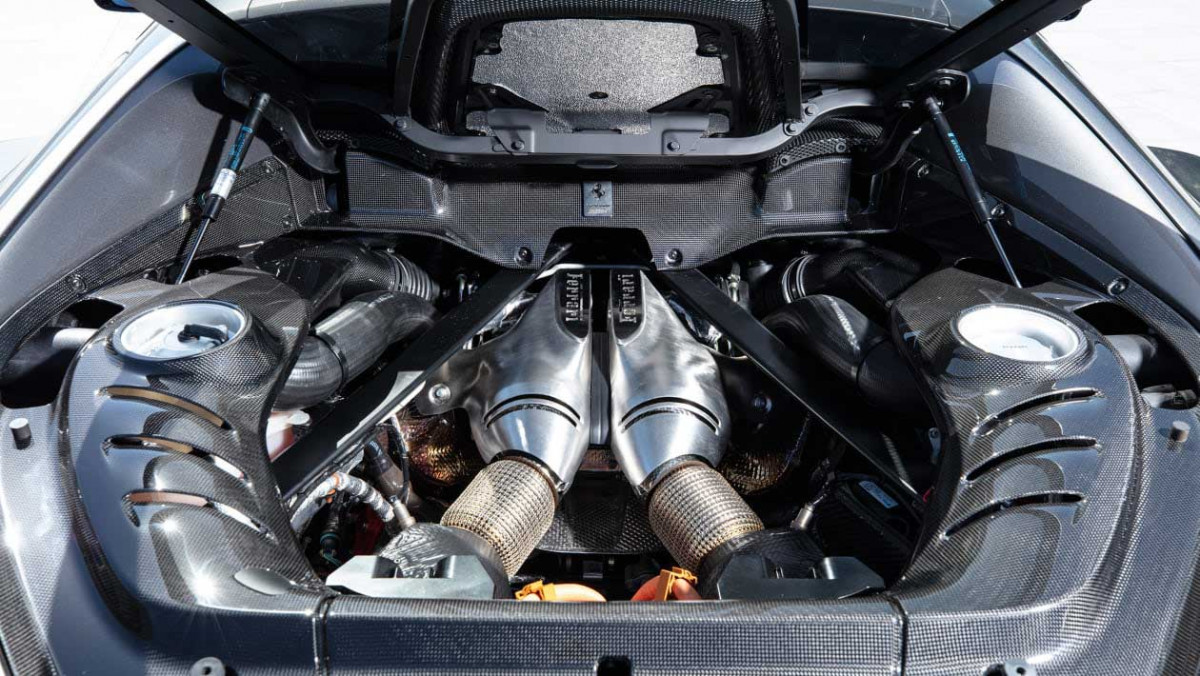 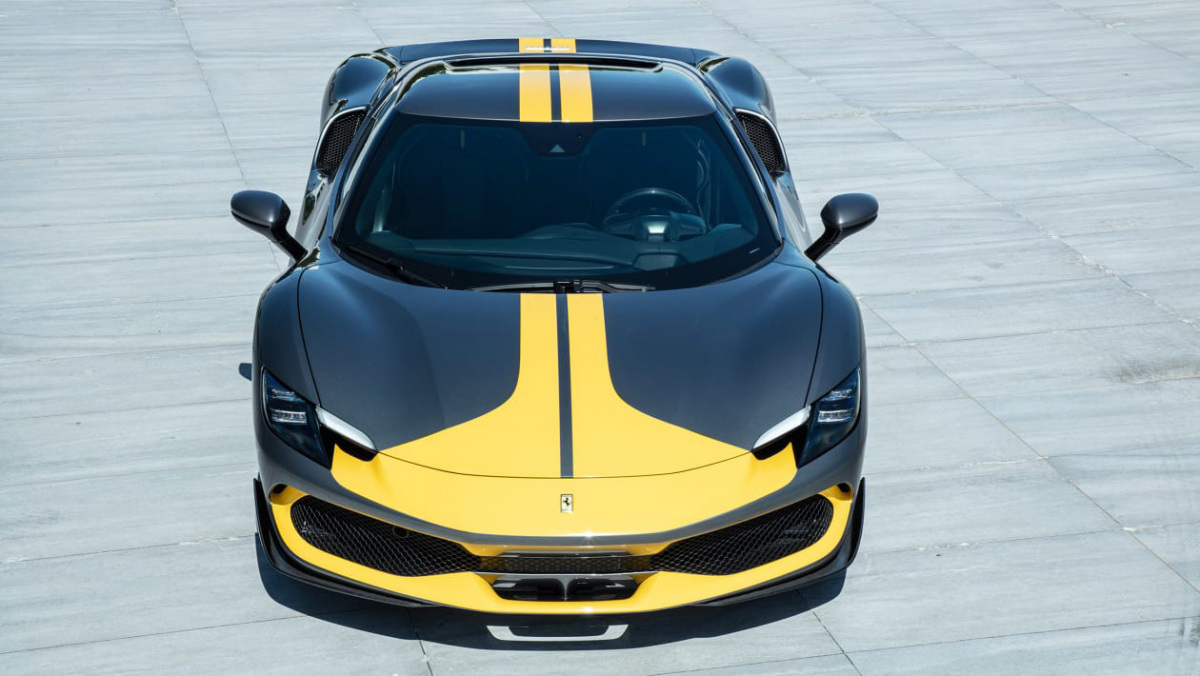 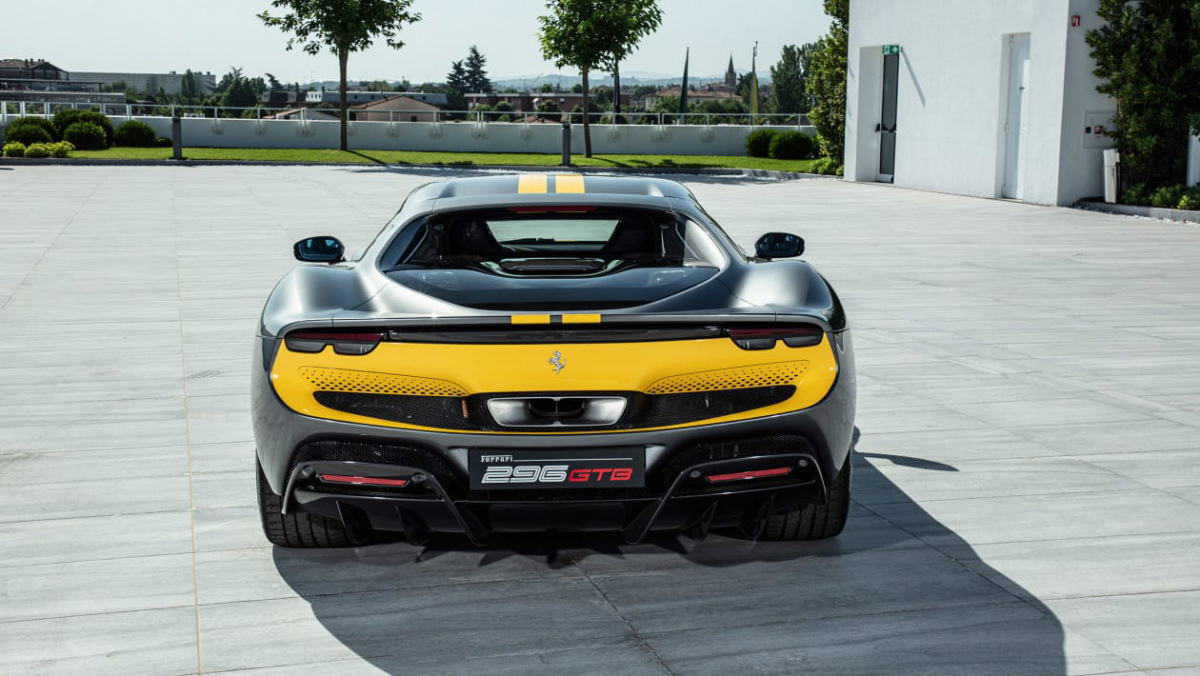 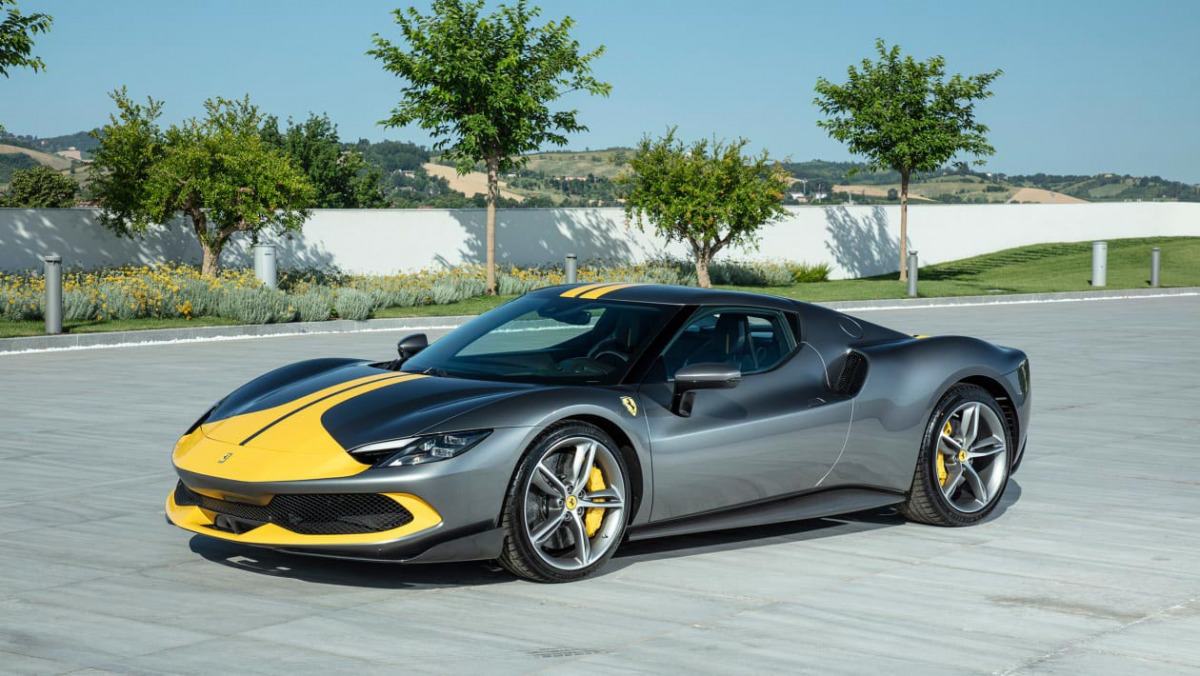 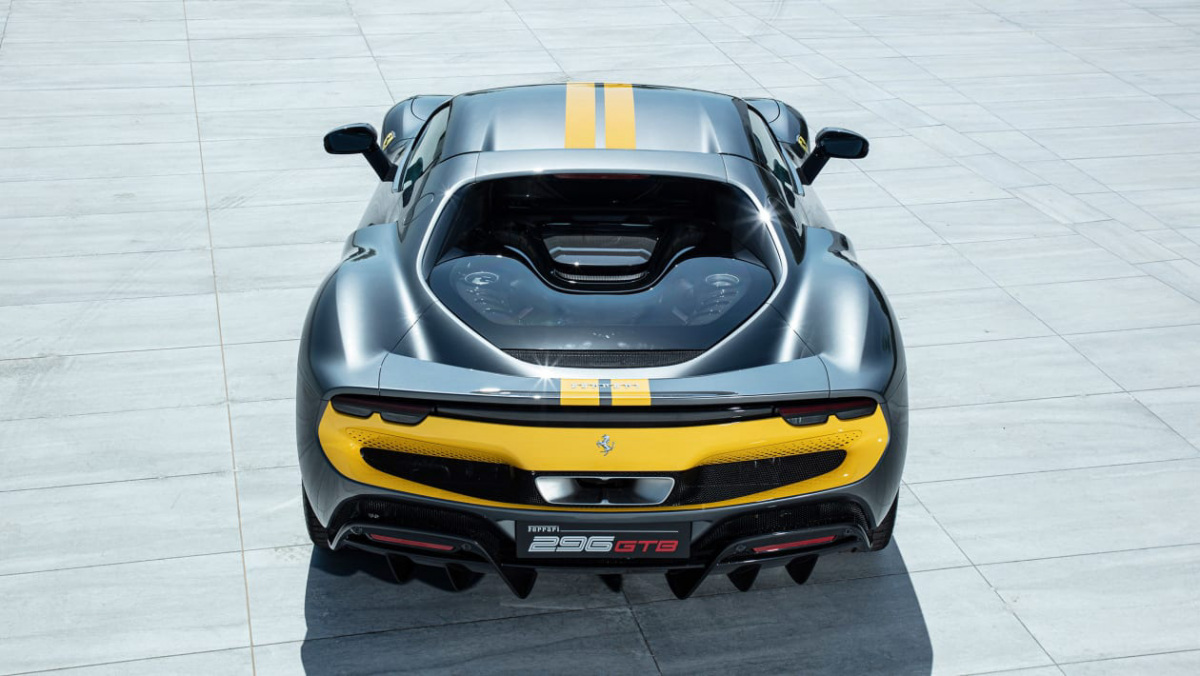 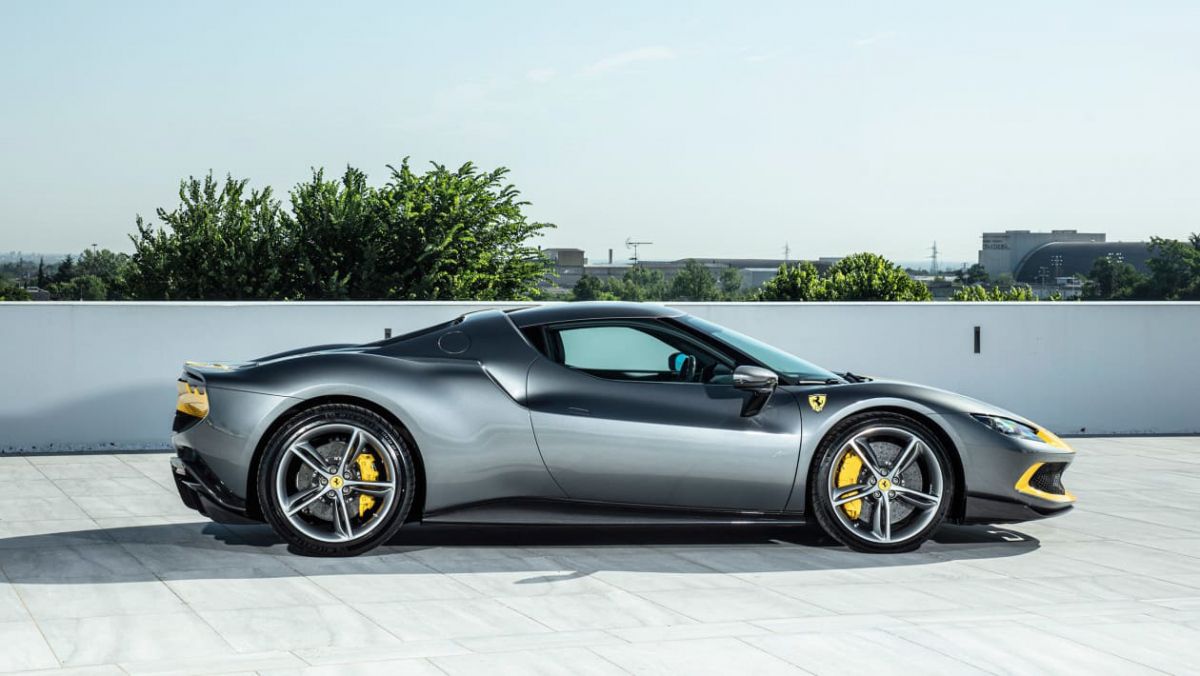 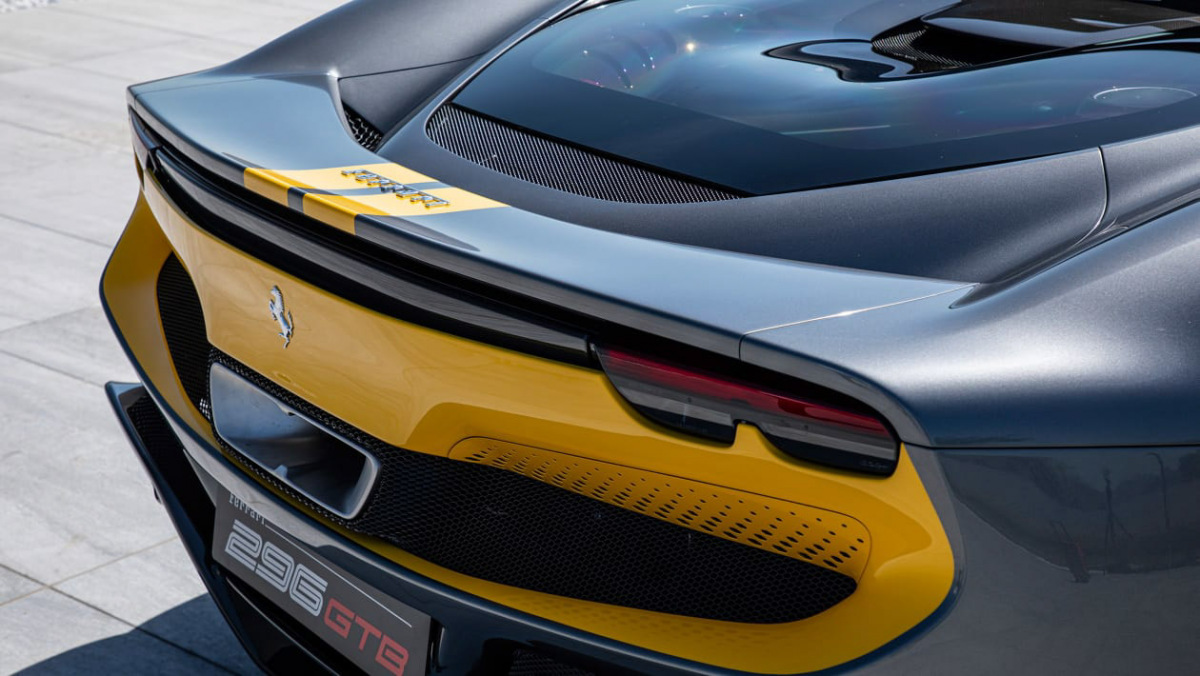 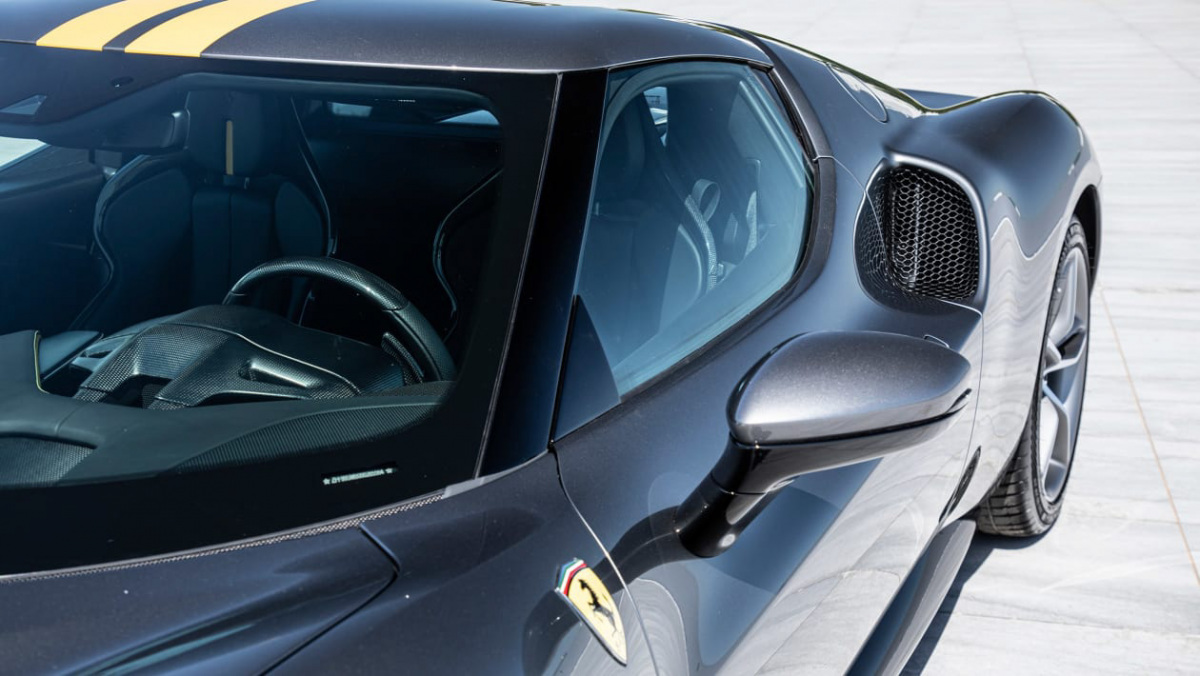 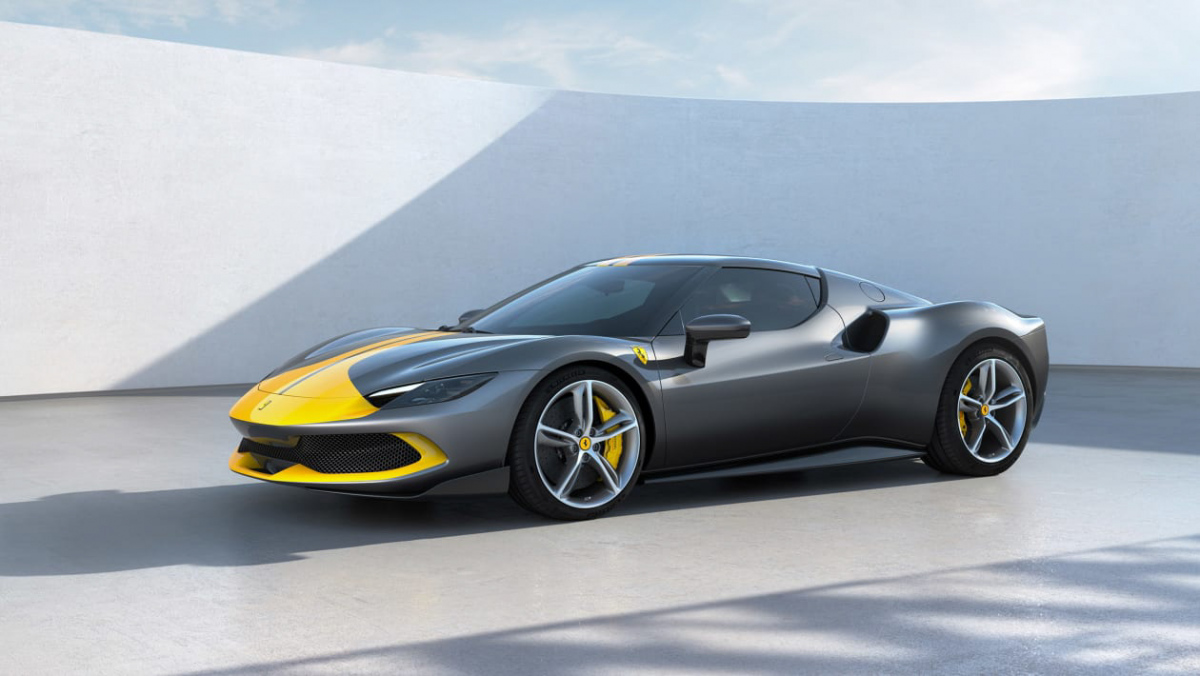 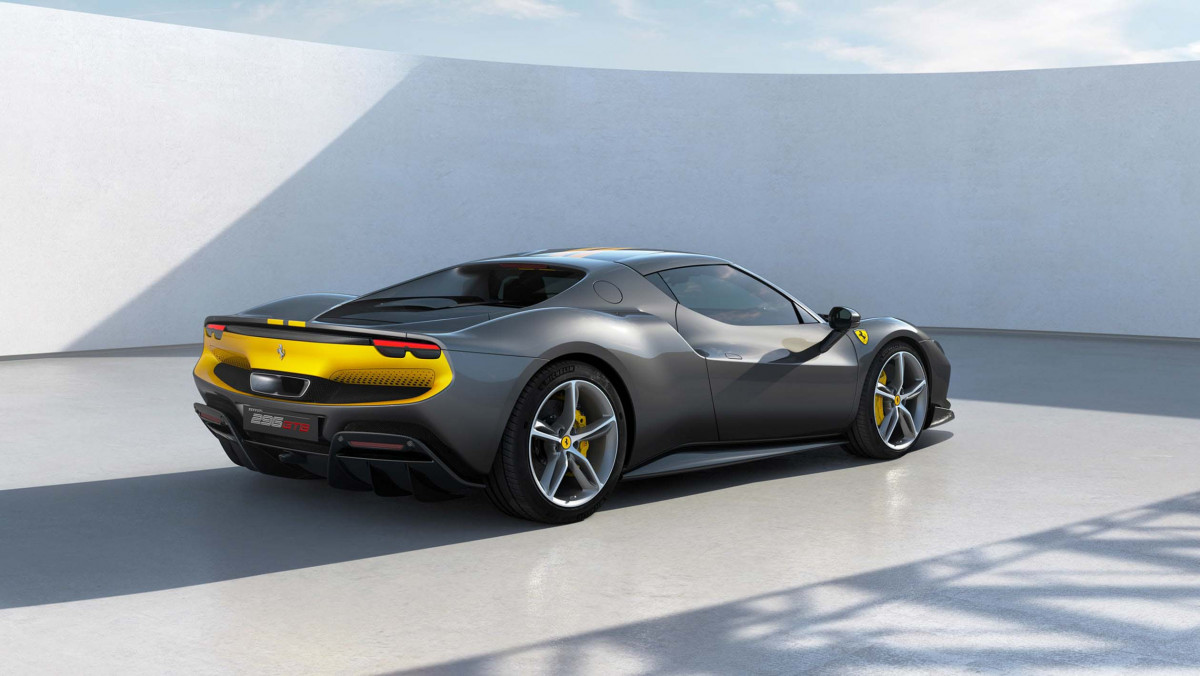 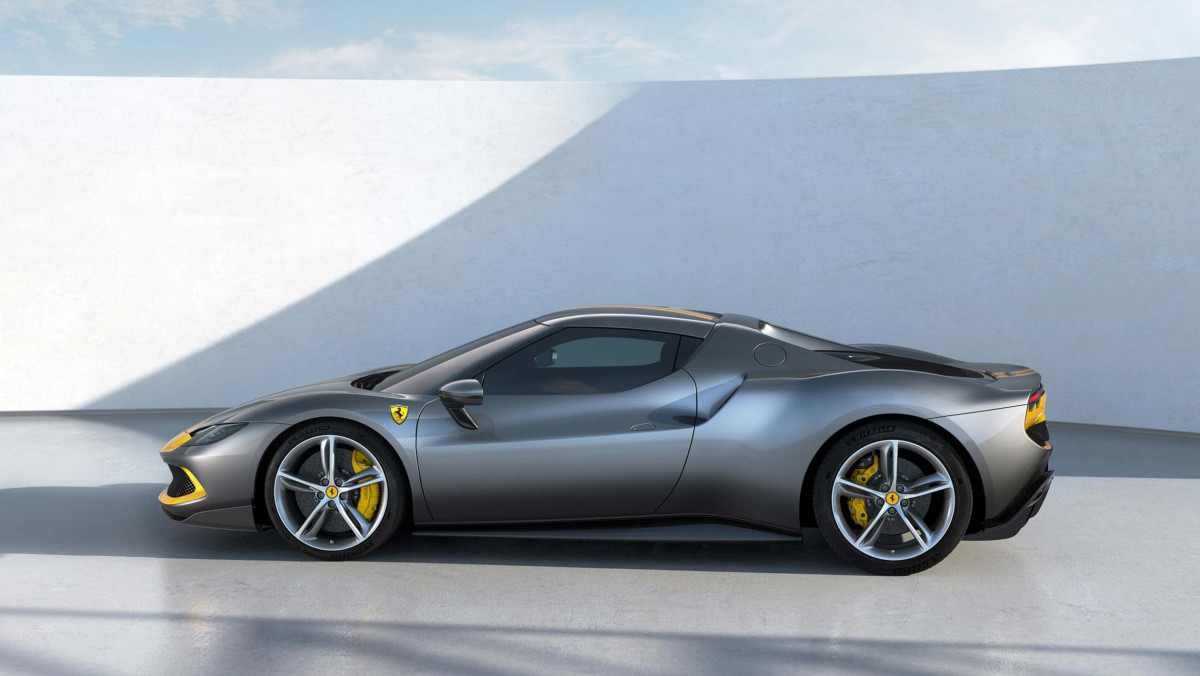 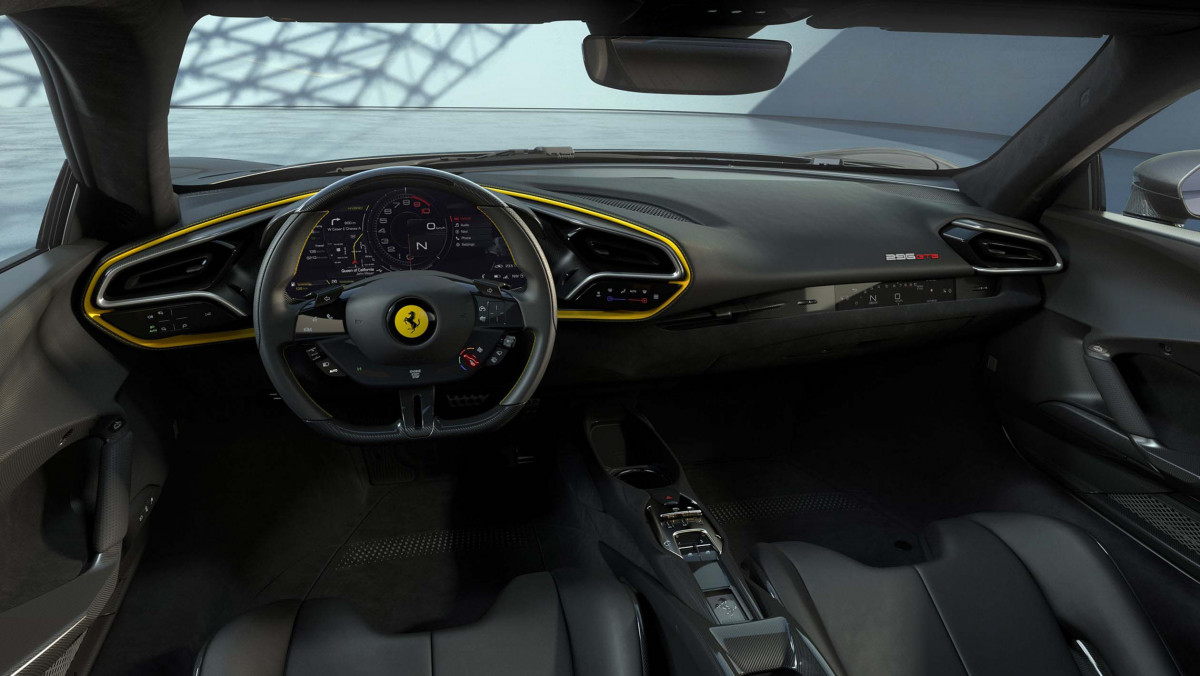 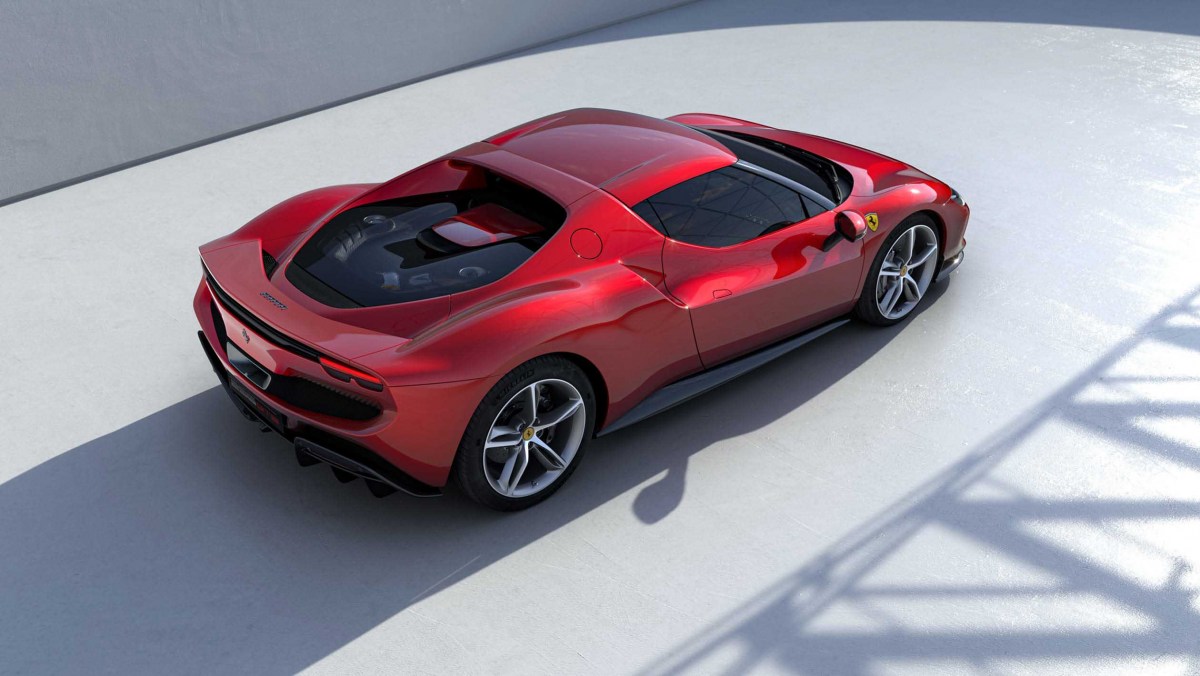 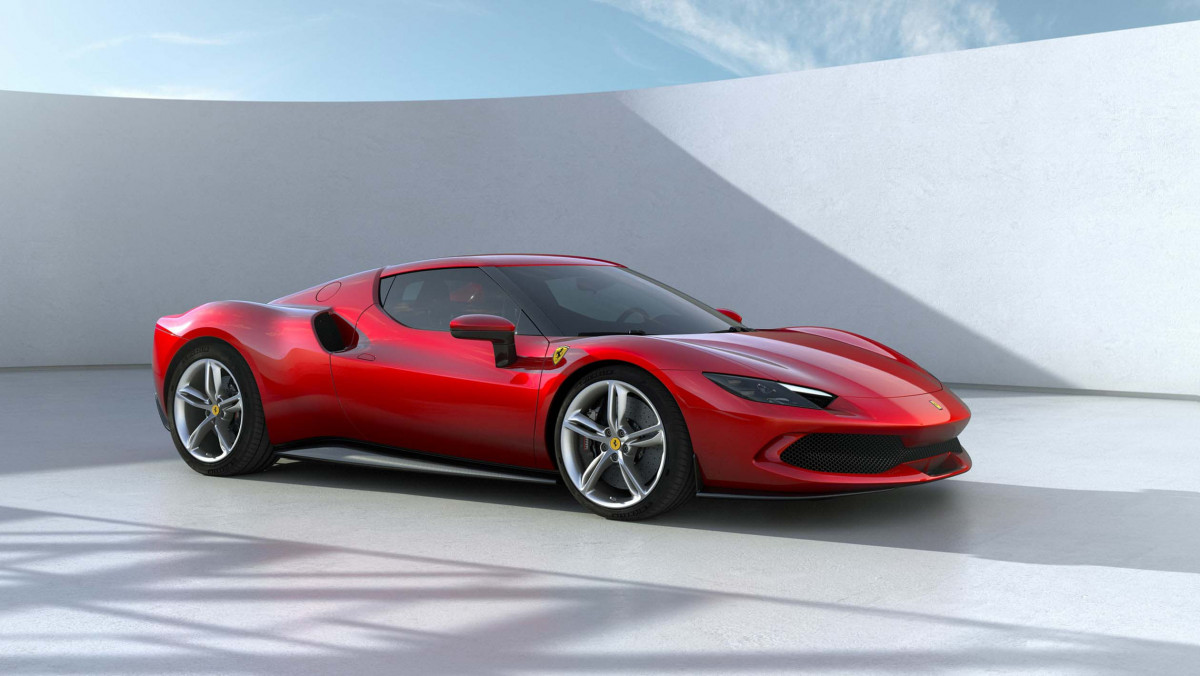 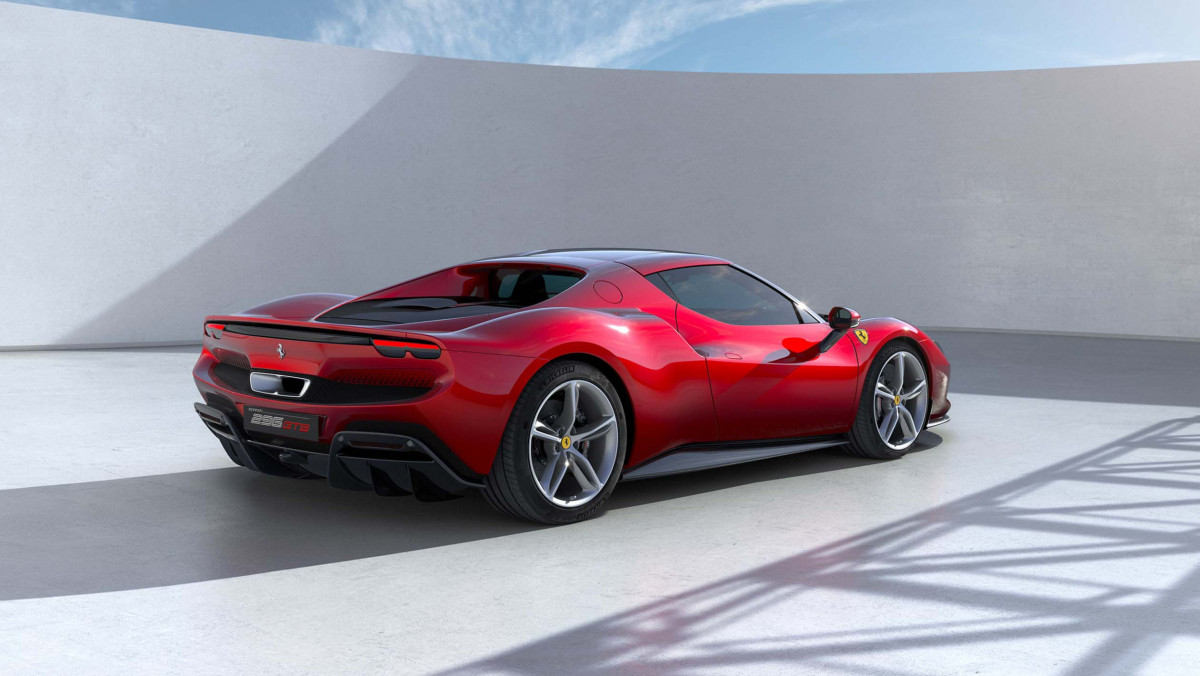 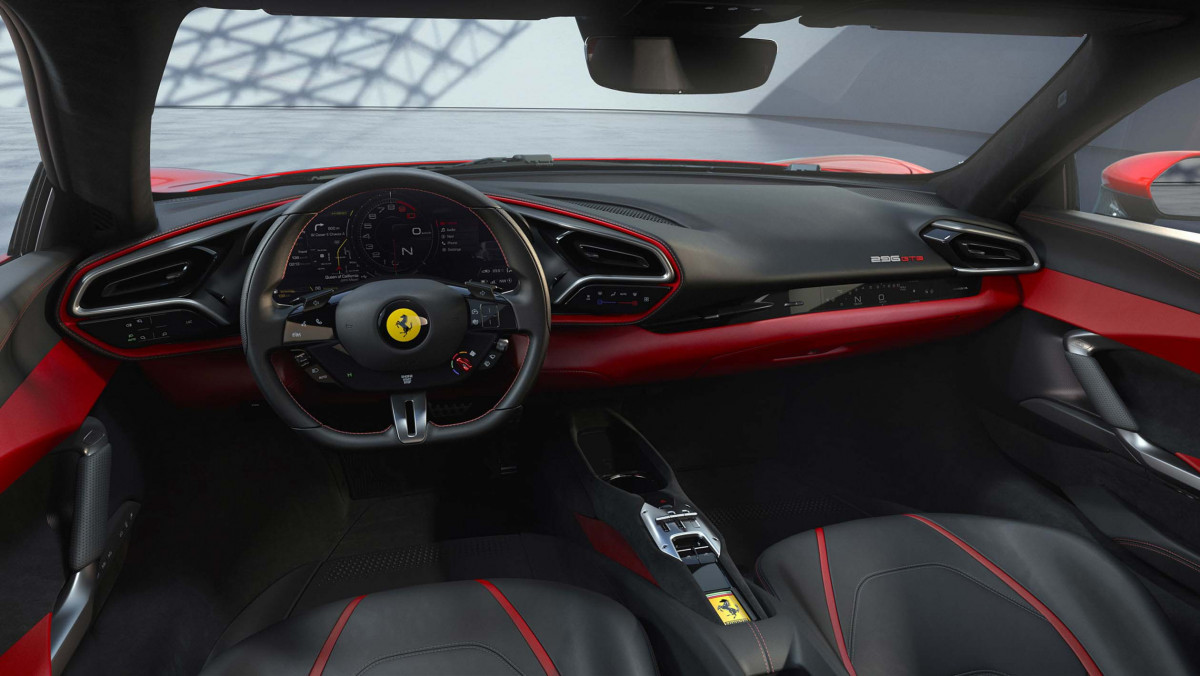 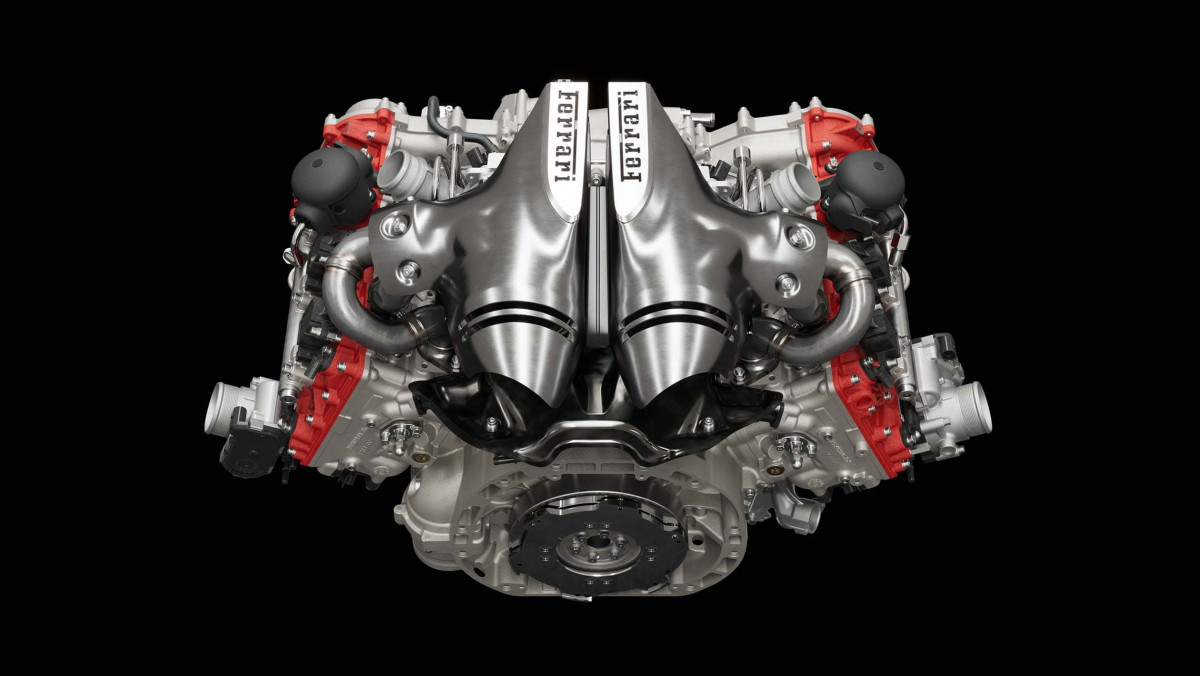 This is the Ferrari 296 GTB, a brand new mid-engined supercar with a plug-in V6 powertrain, shorter, sharper chassis and a fresh new look. Don’t, however, mistake this V6-powered mid-engined Ferrari for being a junior ‘Dino’-style entry-level model though, because with a combined power output of 818bhp and a price point expected to be the thick end of $313,000, it’s anything but.

Designed to be a defining part of Ferrari’s new era that includes widespread electrification, it joins the SF90 as part of a new generation of electrified Ferrari models that will sit alongside the existing pure combustion range including the F8 Tributo. So with a new powertrain, chassis, interior and design, this is all you need to know about the new 296 GTB until we drive it later this year.

The combustion engine is a brand new 2992cc twin-turbo V6 that’s augmented by a single electric motor sandwiched between it and an eight-speed dual clutch transmission. Despite a similar displacement to Maserati’s new Nettuno engine, the 296’s V6 is in fact completely unrelated, and features a wider 120-degree bank angle, a hot-V turbocharger layout and no clever pre-combustion tech as found in the Maserati. Both combustion engine and electric motor drive the rear wheels – there are no front-mounted electric motors as in the larger SF90.

On its own the V6 peaks at 653bhp at 8000rpm, which gives it the highest specific bhp/litre of swept capacity (217bhp) of any production engine aside from the Koenigsegg Jesko (which doesn’t quite count as production, yet). It’ll also rev out to a staggering 8500rpm, all inferring that this will be an engine that likes to be worked, rather than be happy wallowing in the mid-range. In order to reach these figures, the V6 has incredibly high internal cylinder pressures, requiring the use of a new aluminium alloy for the block’s construction, and a 350-bar injection system feeding fuel into the cylinders.

The electric motor then adds its own 164bhp and 232lb ft of torque to the mix, which equates to a total equivalent power figure of 818bhp at 8000rpm, with 546lb ft of torque available at 6250rpm – making it significantly more powerful than McLaren’s new Artura. The electric motor is connected to the engine via its own clutch pack capable of disconnecting it entirely from the combustion engine in EV mode, and is fed by a 7.45kWh battery pack that sits underneath the cabin floor. The 296 GTB is capable of using its batteries to drive for up to 25 kilometers on electric power alone, too, driving the rear wheels through the transmission.

Despite all this new hardware the 296 GTB’s dry weight figure sits at 1470kg, only 35kg more than the F8, and 75kg up on the carbon-tubbed McLaren Artura. Acceleration figures, like most cars at this level, are governed more by the amount of driven wheels than power, so the 0-100kph of 2.9sec (often touted as about the fastest a rear-driven car is able to go on non-track day rubber) is somewhat predictable, less so the 7.3sec 0-200kph and 328kph top speed.

All this new hardware is slipped into the most compact mid-engined Ferrari chassis in a generation, sitting 46mm shorter than the F8 with a 50mm reduction in wheelbase too. It’s centre of gravity is also 10mm lower than the F8, due in part to the position of the combustion engine, which sits 50mm lower down in the chassis. Its construction is of aluminium, rather than the more derigur carbonfibre as found in rivals from McLaren and indeed the Maserati MC20, with double wishbone suspension at both ends and Ferrari’s impressive magnetorheological dampers.

The design is also a breath of fresh air, with a new aesthetic drawing inspiration from the iconic 250 LM and its extended tail and long buttresses. Beyond these more clearly defined elements, the 296 GTB actually introduces a whole range of new visual details that are new to Ferrari’s series production lineup, even if they have already been seen in some of its limited and one-off models. This is dominated by a wraparound front screen motif, combined with a low scuttle and relatively deep glass house, thinning the side bodywork which aside from a single side intake is otherwise largely free of complex surfacing.

While physical aero components look to be kept to a minimum, it does in fact feature a range of active aero appendages, highlighted by a LaFerrari-style active rear wing that sits concealed underneath the leading edge of the rear deck between the rear lights when not in use. When active, the wing is able to produce up to 100kg of downforce at 250kph, making up a majority of the total 360kg the 296 GTB is capable of producing at that speed.

Inside, the cabin is similar to that found in the SF90 with a reduced, but interface-heavy layout that replaces most controls for either touch screens, or touch sensitive panels. Given the relatively small dimensions of the exterior, it’s no surprise to note that it’s a strict two-seater.

As with the SF90, the 296 GTB will also be available with an optional Assetto Fiorano package which bundles Multimatic dampers, carbonfibre elements on the front bumper, rear deck and interior, a composite rear screen and Michelin Cup 2R rubber. In total, the package reduces the dry weight by a further 12kg, plus there’s also an optional set of carbonfibre wheels that will take another 7kg off available separately.

Beyond all these facts and figures though, perhaps the most exciting part is this car’s main directive to be an engaging car to drive, rather than one to touting outright speed. With over 800bhp combined and a dry weight under 1500kg, it’s unlikely to be lacking in that department, but with driver involvement in most modern cars coming at the premium of instagram-friendly hype, there’s plenty of reason to believe the age of the V6 Ferrari could yet be its best when it arrives later this year.