The Ferrari F8 Tributo a triumph of modern supercar design; an icon of the future 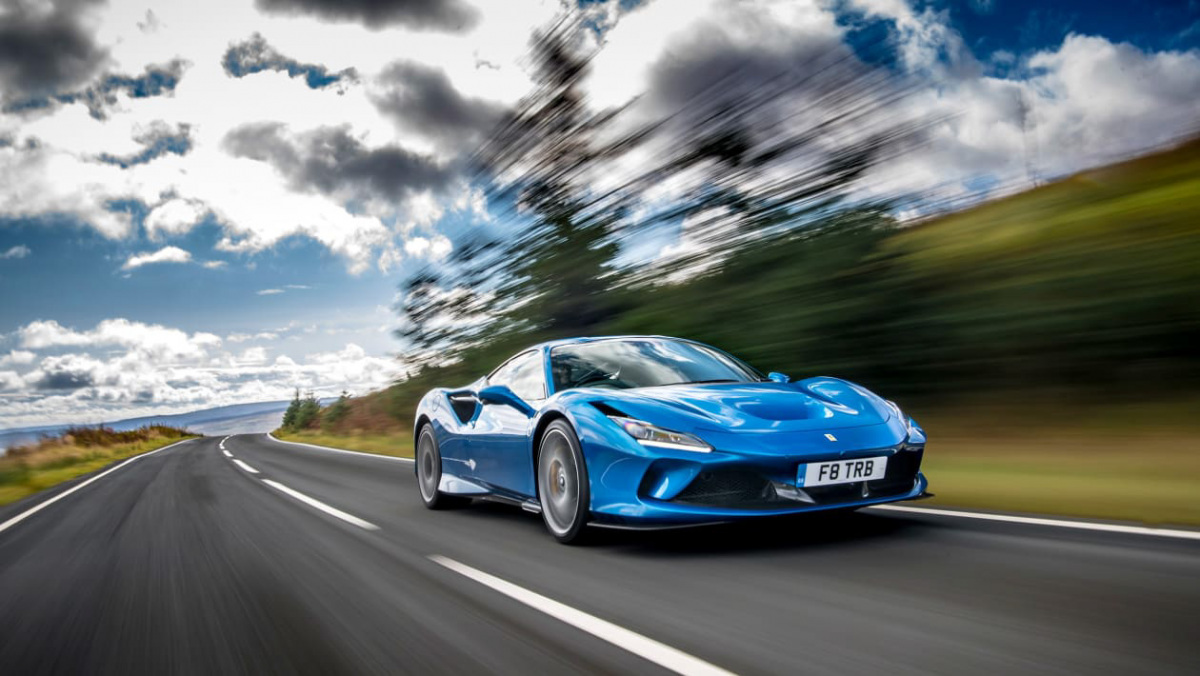 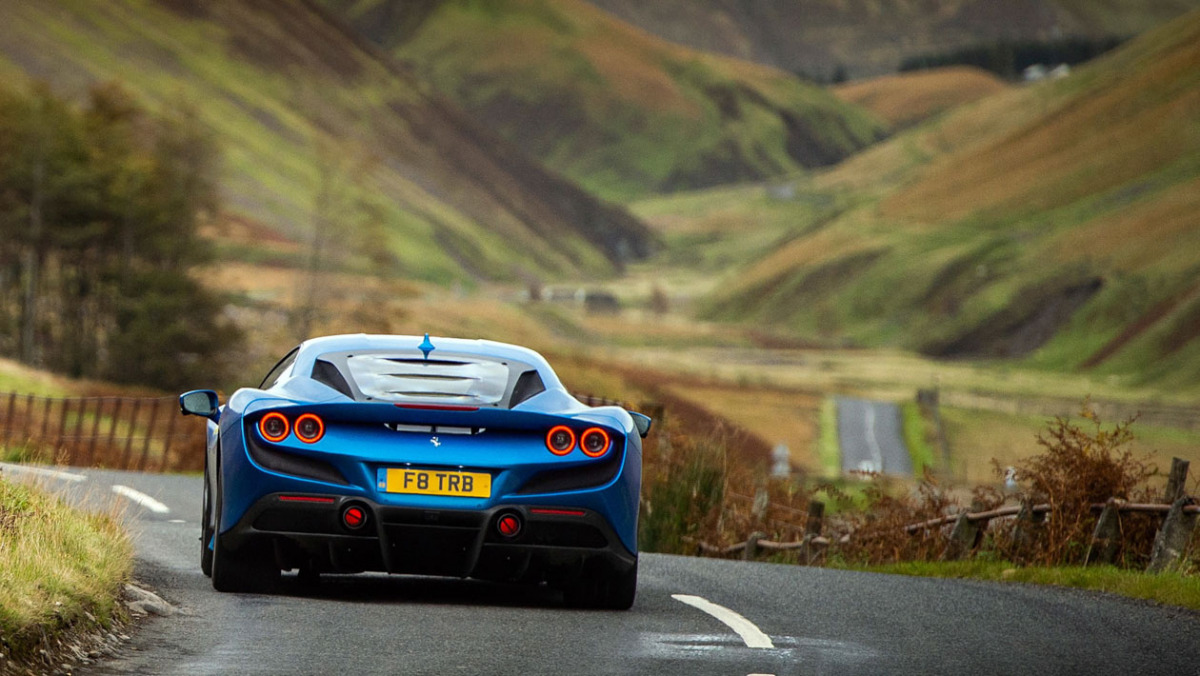 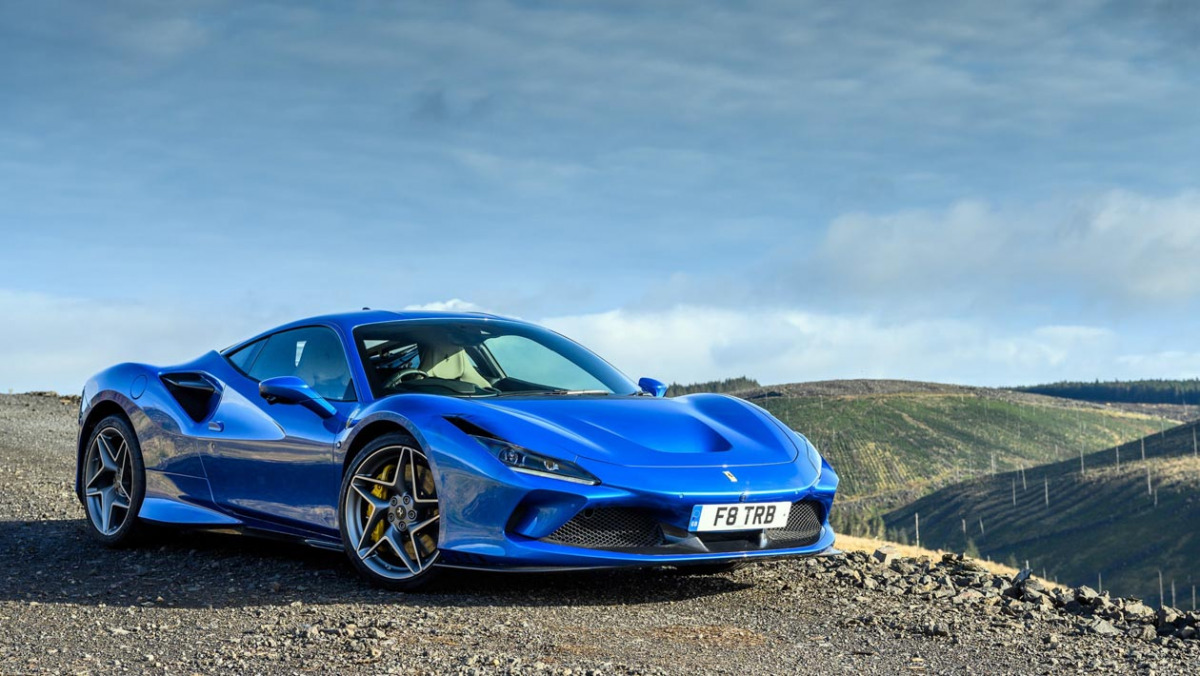 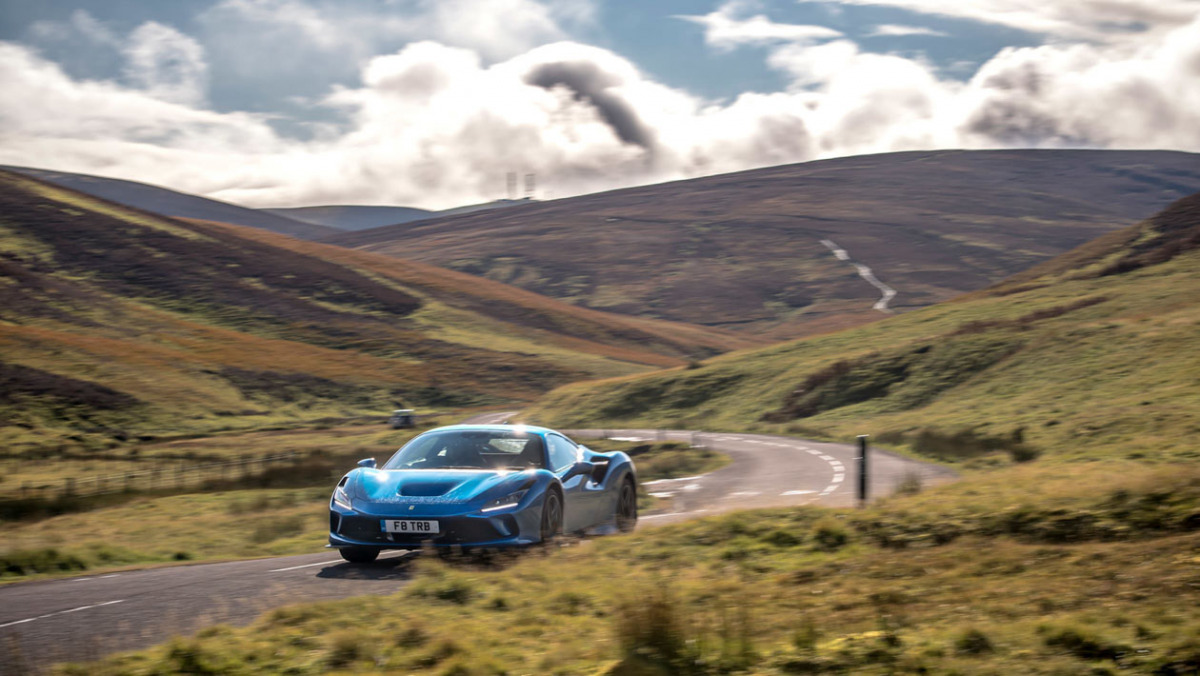 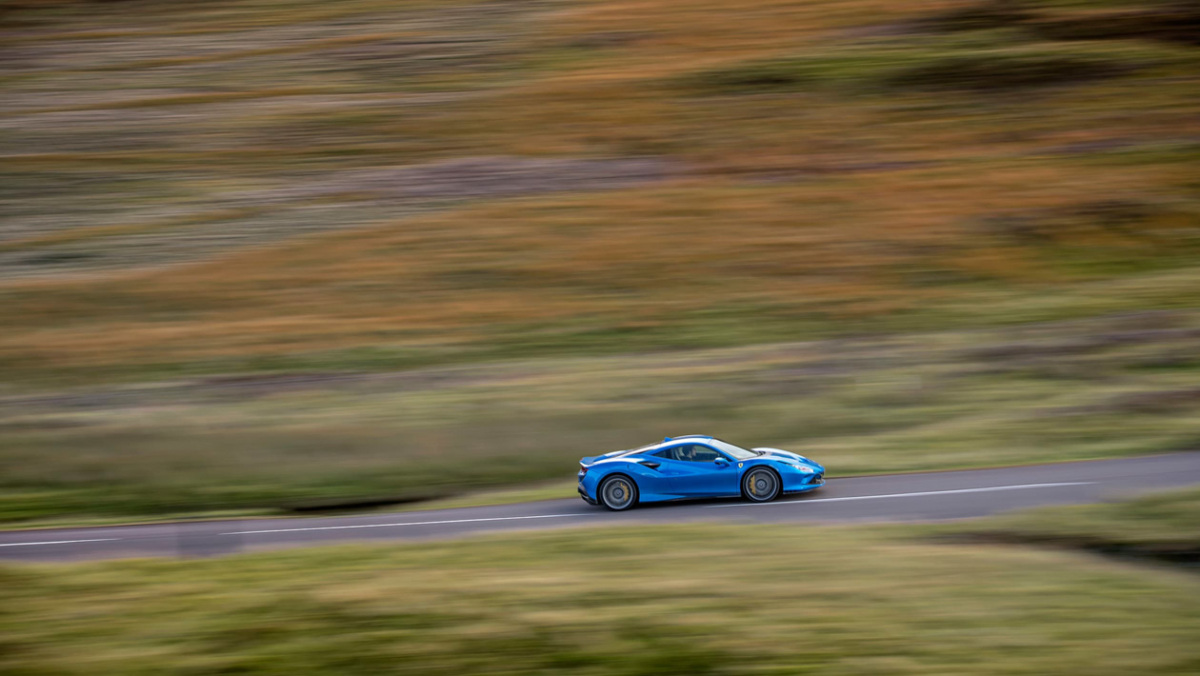 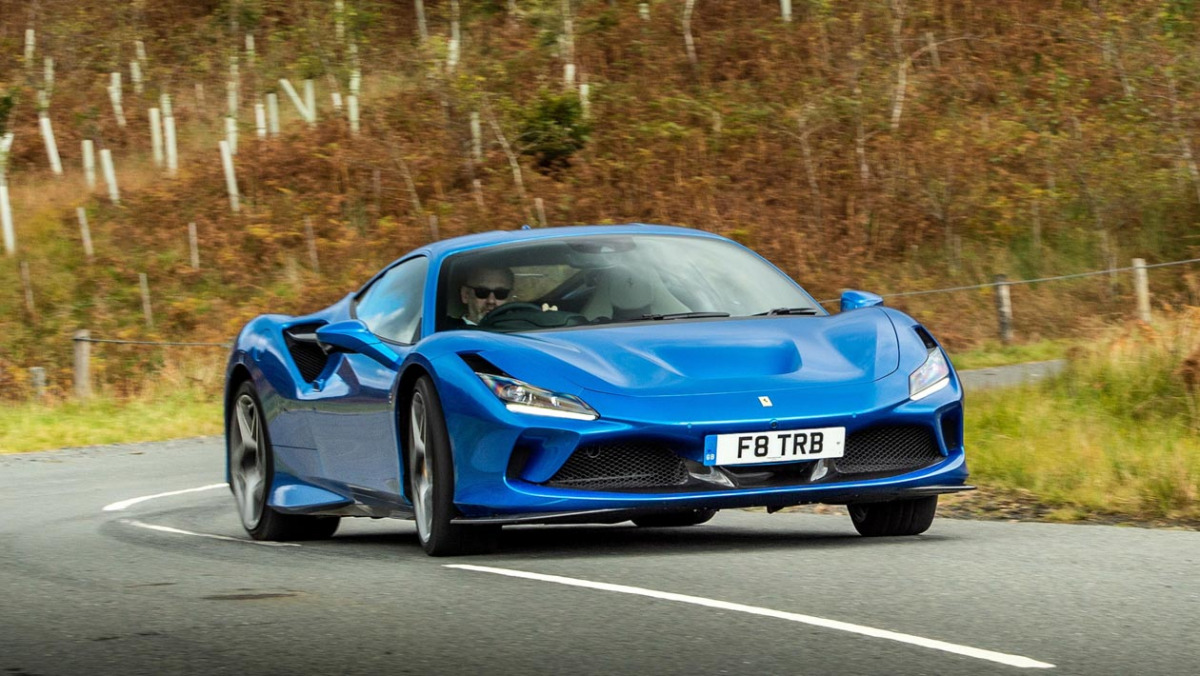 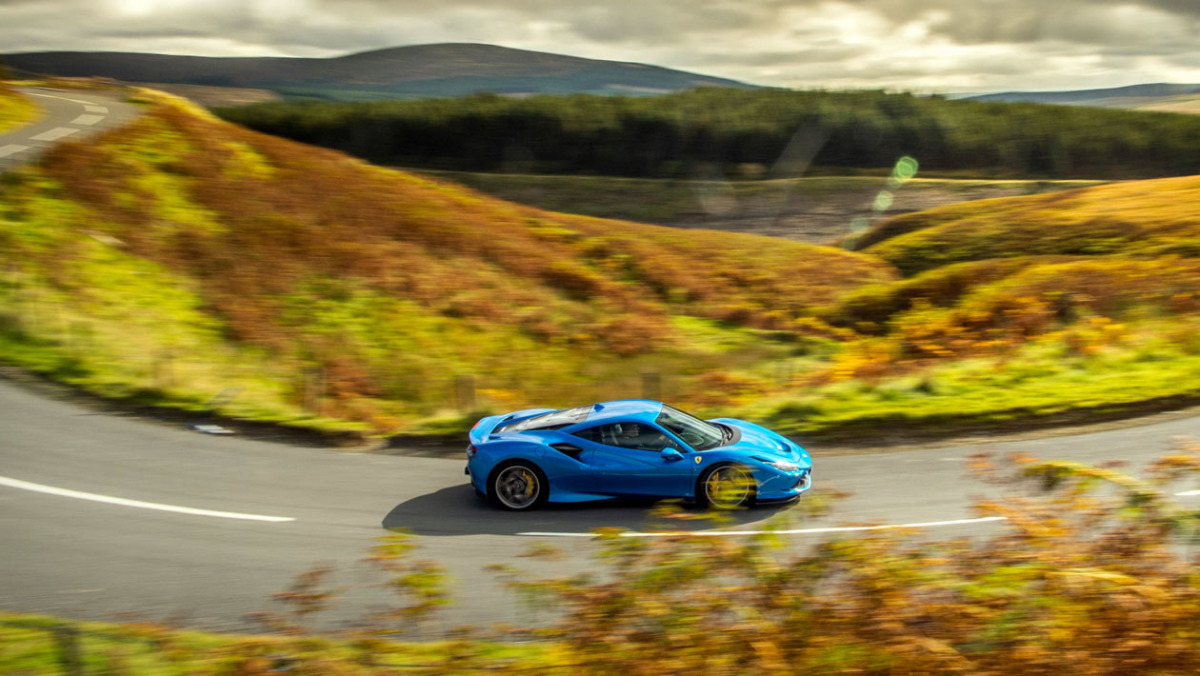 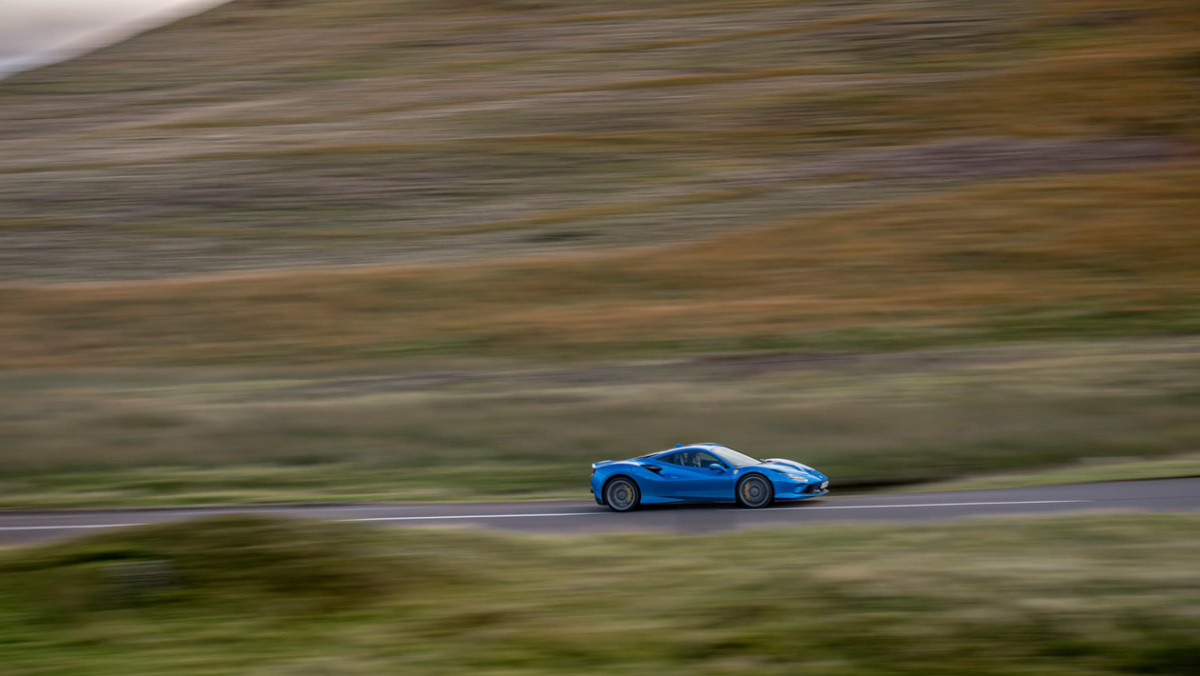 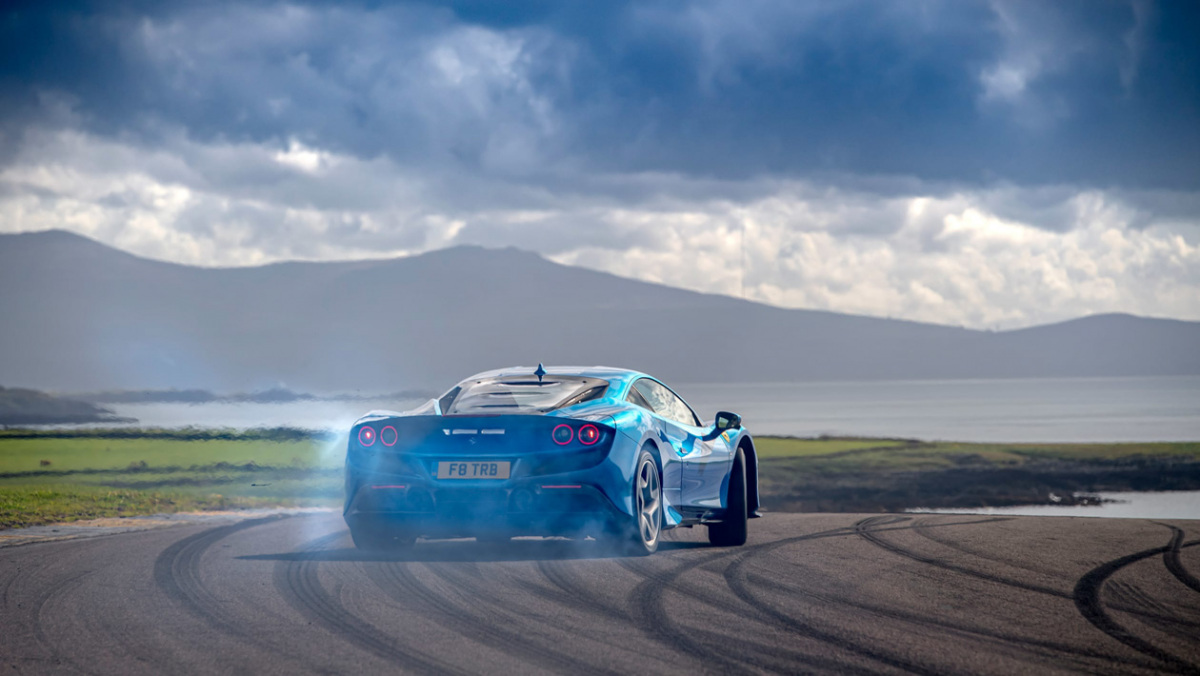 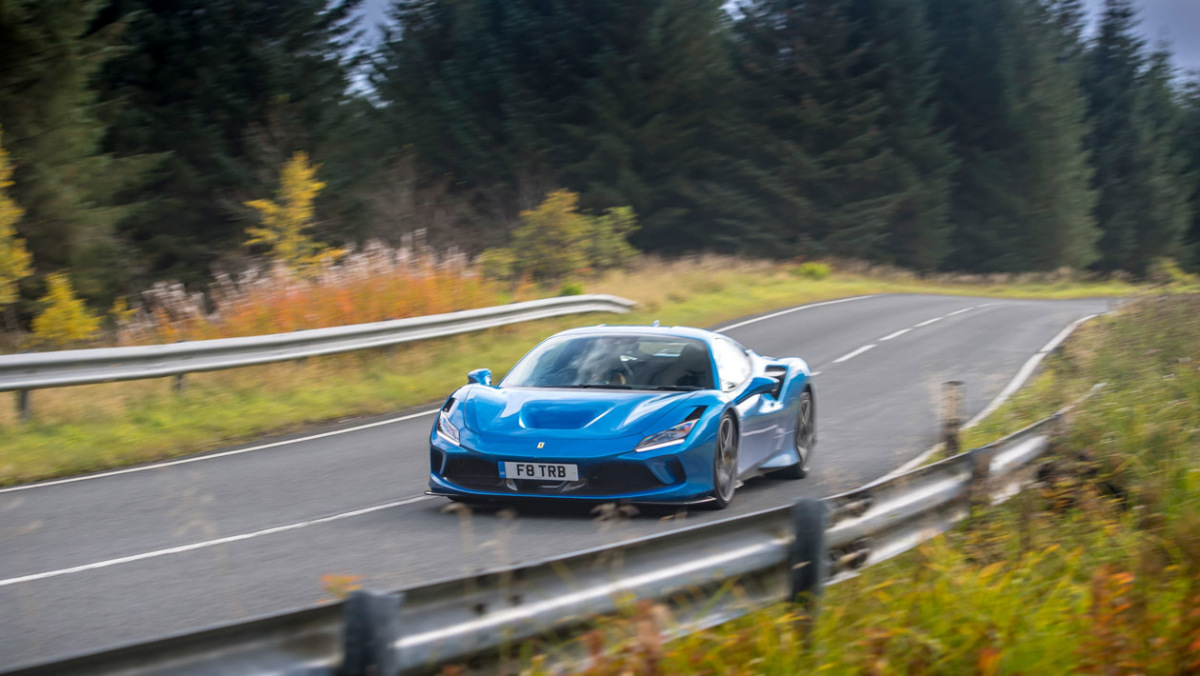 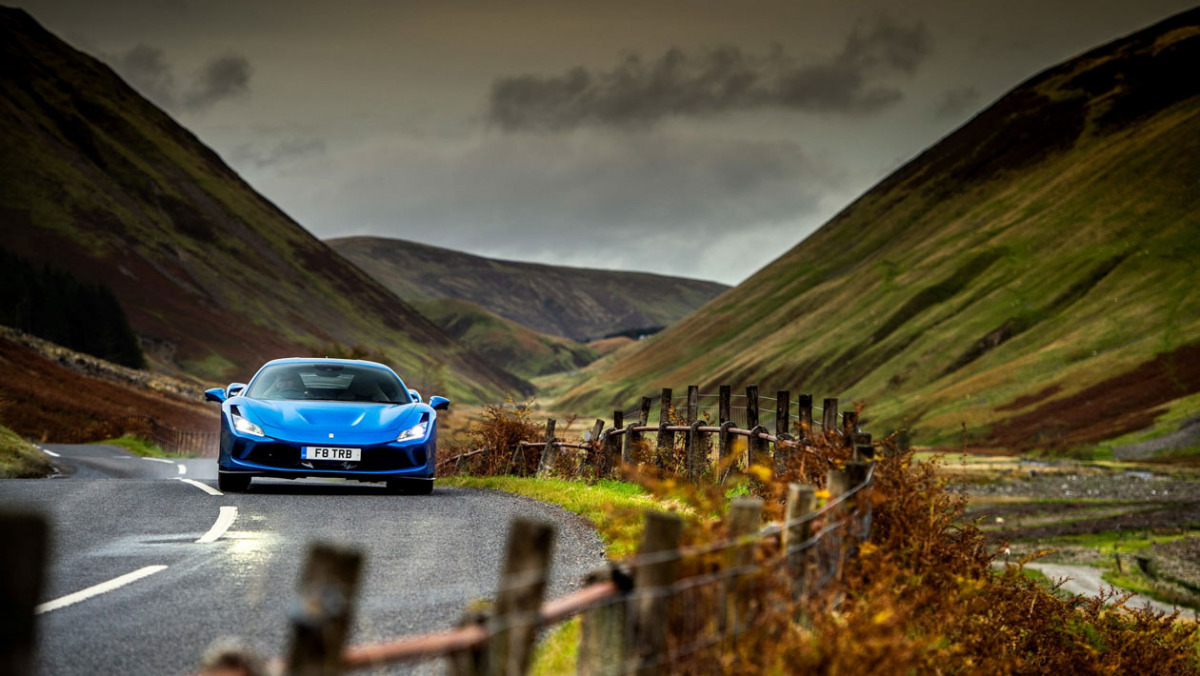 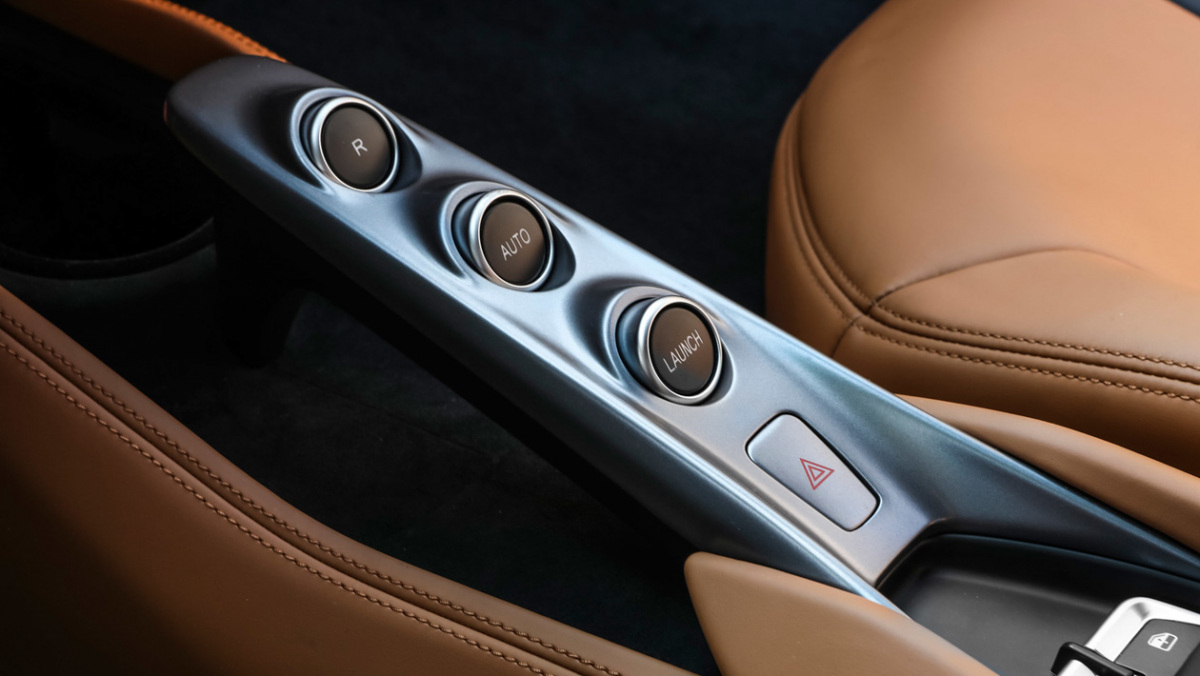 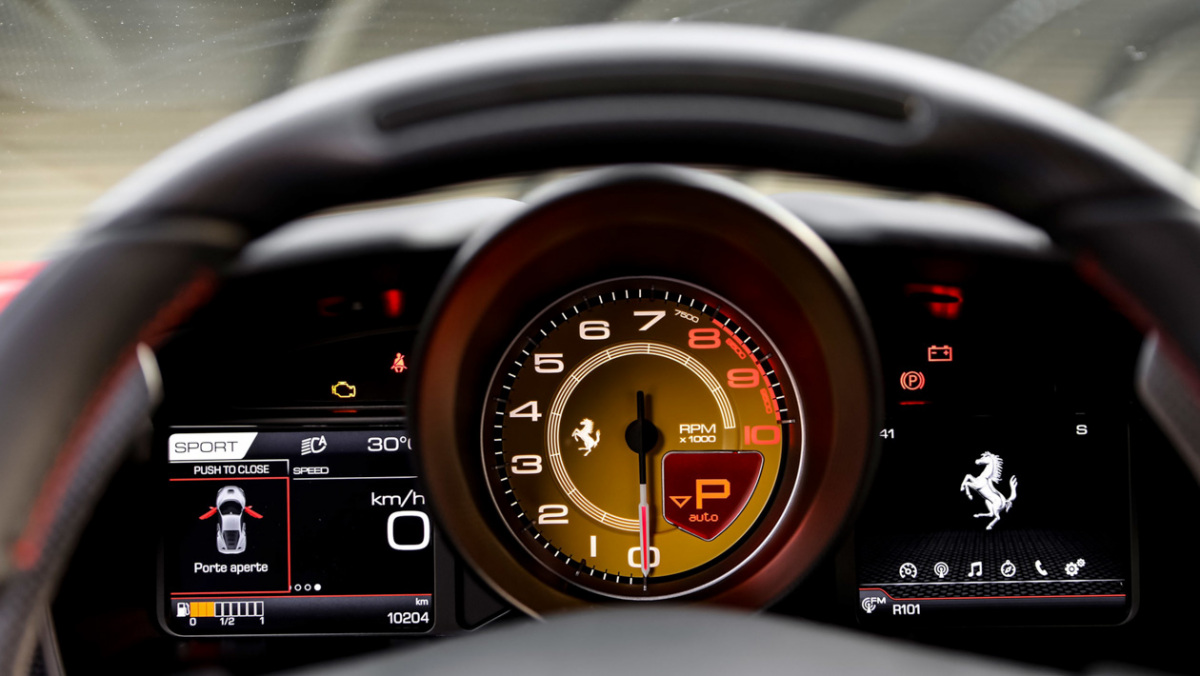 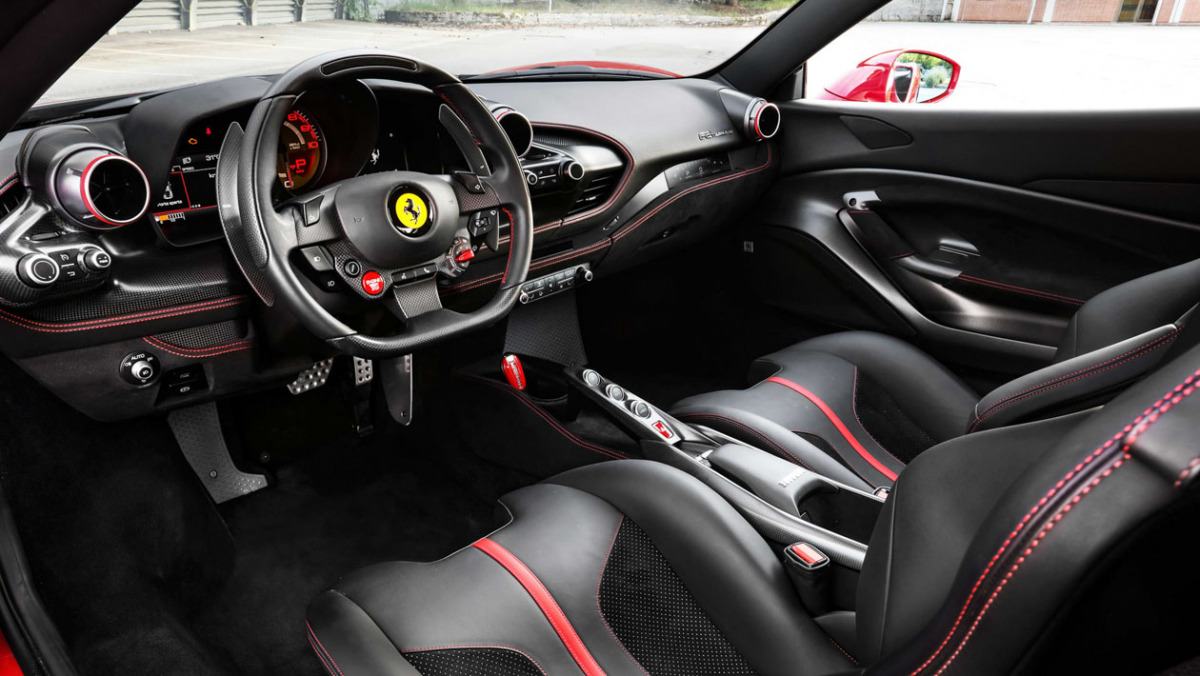 In the two years since Ferrari first launched the F8 Tributo, it feels like the company has gone through a hell of a transformation. With no less than two new plug-in hybrid supercars, a new GT coupe, new V6 engine and new executive leadership, you could be forgiven for thinking that the F8’s already feeling a little old hat.

But to those of this aberration, we say there’s nothing wrong with that, as the F8 Tributo builds on one of Ferrari’s all-time great architectures, with a handsome new look featuring styling details that reference previous V8 models, improved steering feel and engine noise, and (pretty much) the Pista’s 710bhp engine.

The 3.9-litre twin-turbo V8 in the back of the F8 isn’t quite the Pista unit. Mostly it is, from its lightweight internals – titanium rods, lighter crank and flywheel – to its higher lift cams and shorter inlet tracts. The differences stem from the fitment of new emissions kit, specifically GPFs (Gas Particulate Filters) that increase back pressure, but Ferrari has worked around this to deliver Pista-matching power and torque – 710bhp at 8000rpm and 568lb ft – and cleaner emissions. And despite carrying 50kg more than the Pista, the F8’s performance is virtually the same: 0-100kph in 2.9sec, 0-200kph in a sensational 7.6sec, and 340kph all out.

The F8 is up to 40kg lighter than the 488 GTB – a minimum kerb weight of 1435kg – thanks in part to the Pista engine, which is 18kg lighter than the GTB’s, and partly due to optional carbonfibre wheels that account for another 10kg. The F8 also incorporates the aero tricks of the Pista to help deliver more downforce for less drag and to manage the intake air to help generate Pista power. This includes moving the engine air intakes from the side pods to just ahead of the rear spoiler.

Dynamically, the F8 uses 488 GTB spring and anti-roll bar rates for comfort, combined with adaptive damping that gives some of the Pista’s roll control. So the F8 isn’t as focused a model as the Pista, but to help customers exploit over 700bhp Ferrari has evolved its Side Slip Control (SSC) and added Ferrari Dynamic Enhancer Plus (FDE+) with the objective of making the F8 easier to handle at the limit.

Early impressions are dominated initially by the performance, but then by a couple of other attributes, one being the steering, which is heftier than in the 488 GTB but also has more feedback for a better connection feel. The second is the noise. The GPFs fitted for emissions have the effect of reducing the tailpipe noise, so Ferrari has developed an in-exhaust resonator that enhances engine noise and feeds it to the cockpit. And it works. There’s a rich, flat-plane-crank V8 character right through the rev range, something lacking in the GTB and the Pista.

Ferrari has also made a 710bhp, mid-engined Ferrari exploitable at the limit. The company is very good at delivering distinctly different drive modes via the steering-wheel-mounted manettino switch, altering dynamic parameters for cohesive, distinct modes. So when it says it can give the F8 driver support that will reduce the wheel workload at the limit, you’re inclined to believe it.

The Fiorano circuit should have been the place to demonstrate this, but in fact it was inconclusive. What was apparent was that the F8 is indeed a softer, slightly less focused car than the Pista but a usefully well-balanced and predictable one. The track F8s were fitted with Michelin Cup 2s, which according to Ferrari’s test driver can get the F8 to within half a second of the Pista’s lap time…AdvertisementAdvertisement – Article continues below

Most F8’s are fitted with regular Pirelli P Zeros, however. As specified, the ride is firm but nicely rounded and there’s a good connection feel with the car through the steering. On smooth and open roads, SSC 6.1 and FDE+ showed their value. They work in two modes, Race and CT Off and – as claimed – they help make oversteer moments smooth and calm. It’s uncanny; you need to apply the opposite lock to correct the slide, but it all feels clean and easy. Of course, you don’t need to drive the F8 that hard to enjoy it. It’s a refined, comfortable cruiser, too, the engine note dropping to a murmur.

The list price of the F8 Tributo is $280,084, which is about $27k more than the 488 GTB it replaced, $70k less than the Pista… and about $7k less than a 720S. The Pista remains the more direct and focused driver’s car, but as a 488 GTB replacement the F8 is quite something. Not because it’s more potent, that’s almost a side issue, but because it’s comfortable and refined like the GTB and then adds weightier, more connected steering and an appealing engine note that’s there from tickover to red line. Together they help make the F8 a more engaging and rewarding car. As the last of the pre-hybrid, mid-engined V8s, it’s a great high to go out on.  Is it better than a McLaren 720S? For my money, yes, partly because to my eyes it’s better looking, but mainly because I like the sense of connection with the Ferrari. 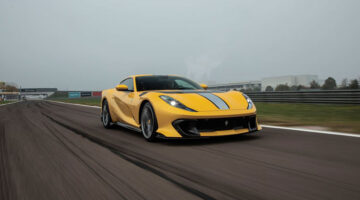