McLaren’s next generation has arrived with a fresh powertrain, chassis and tech 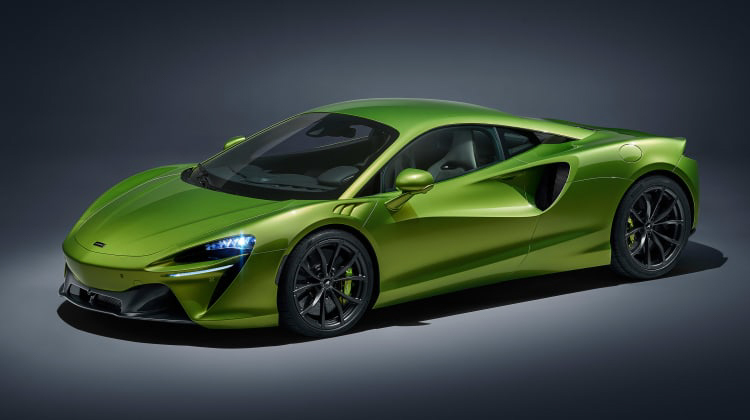 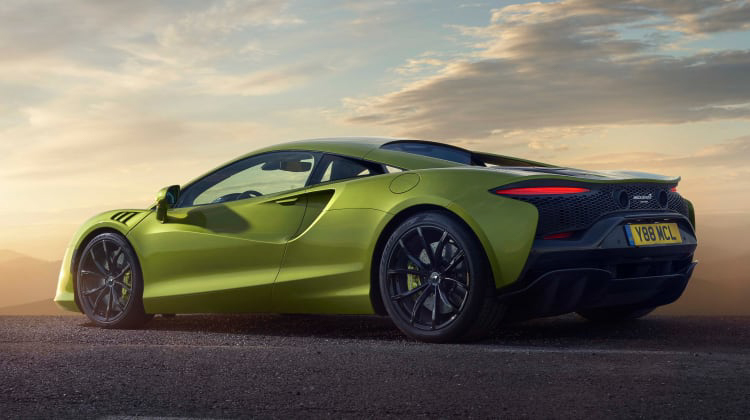 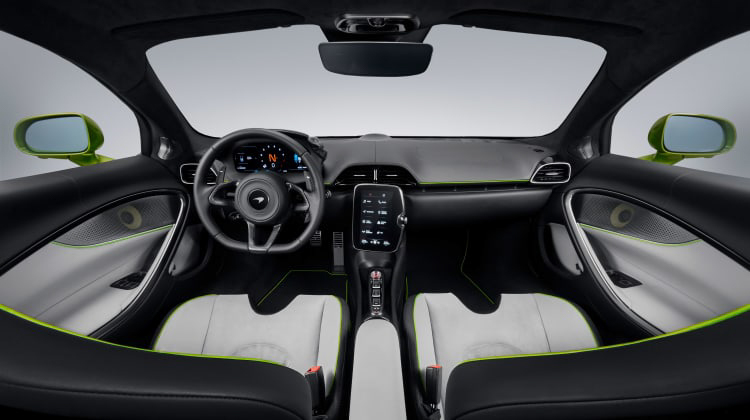 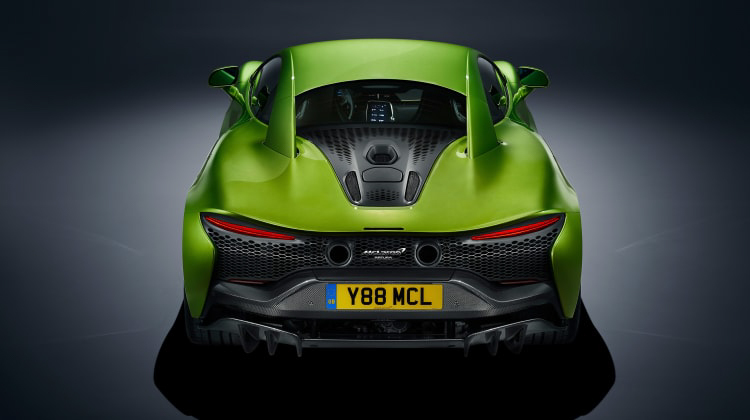 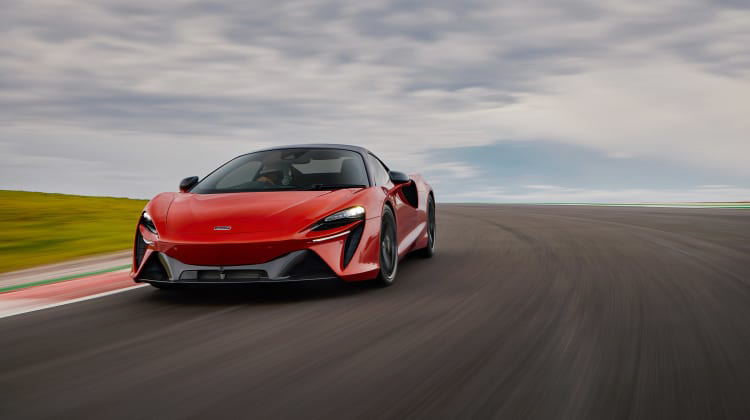 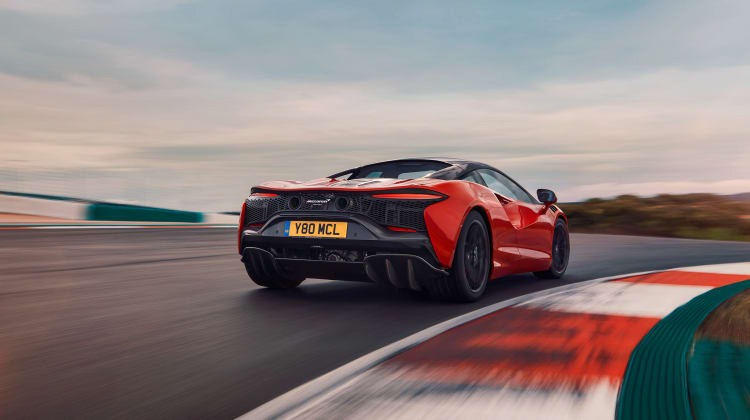 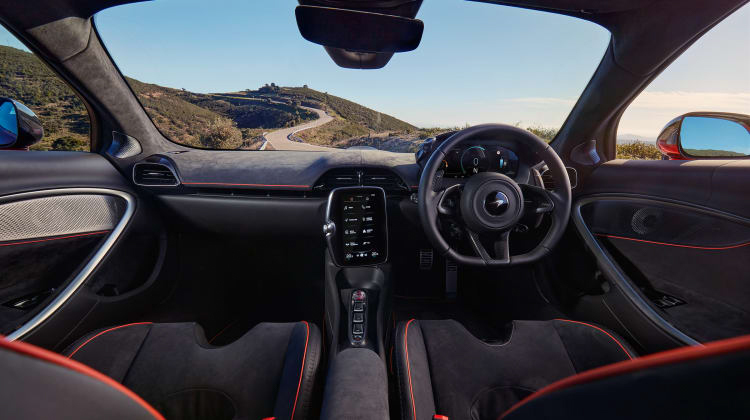 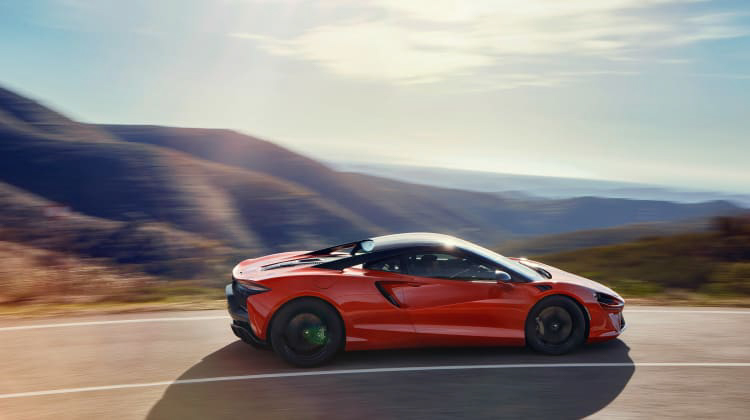 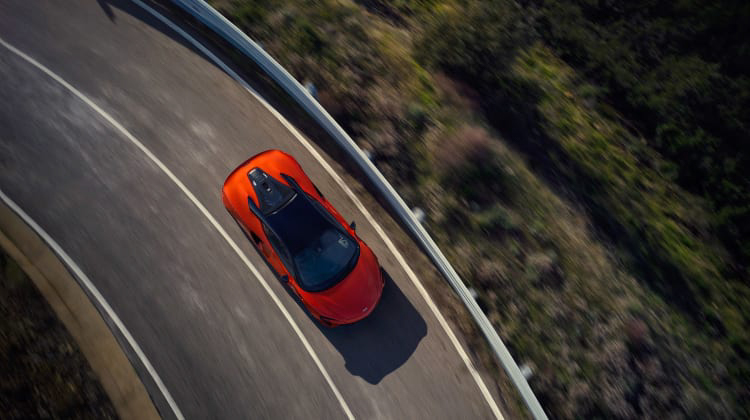 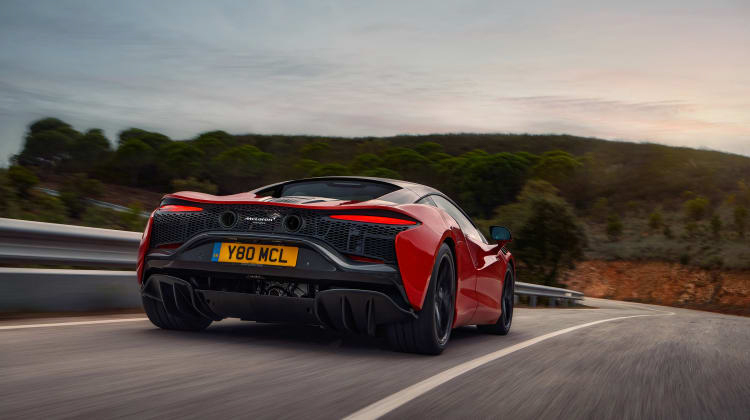 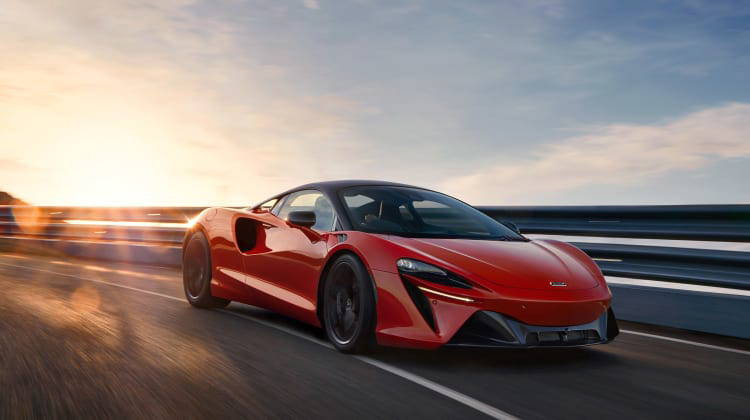 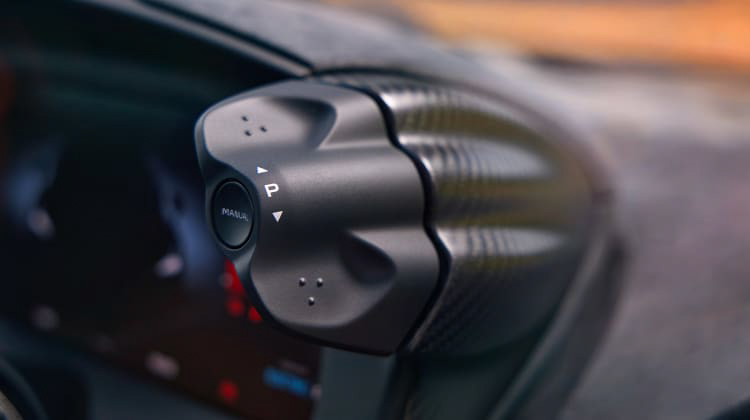 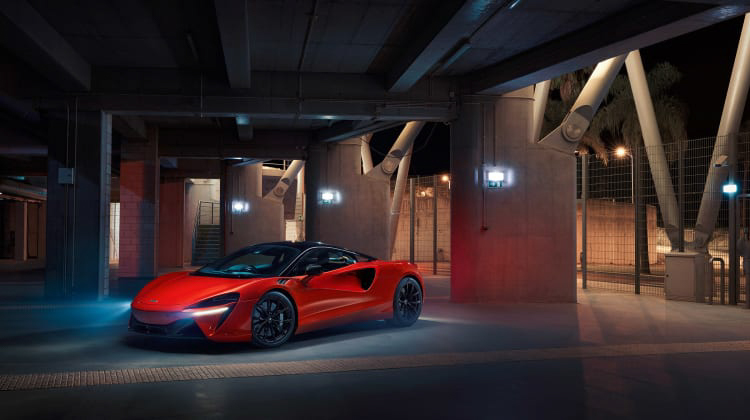 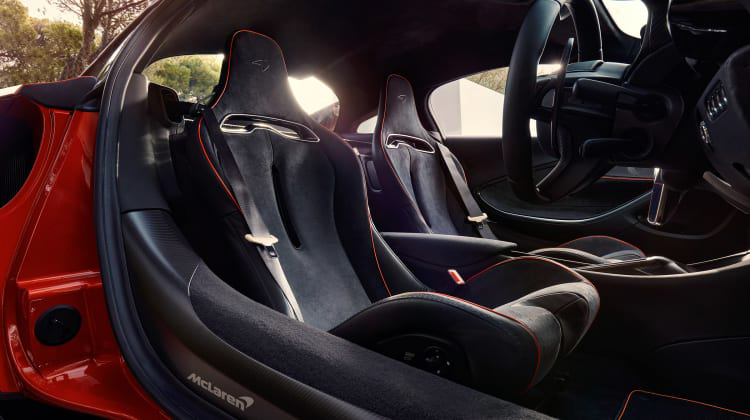 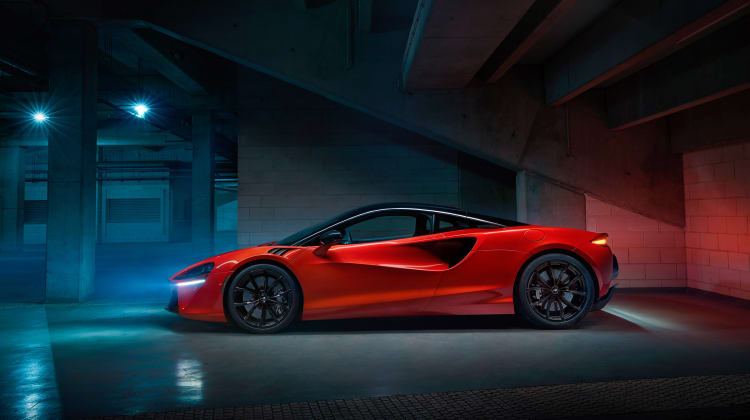 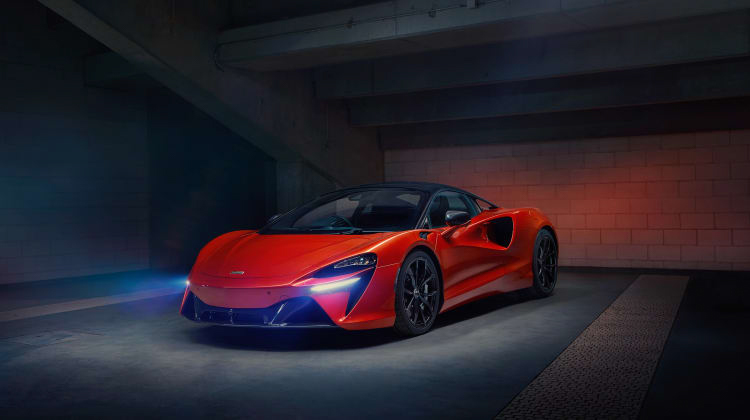 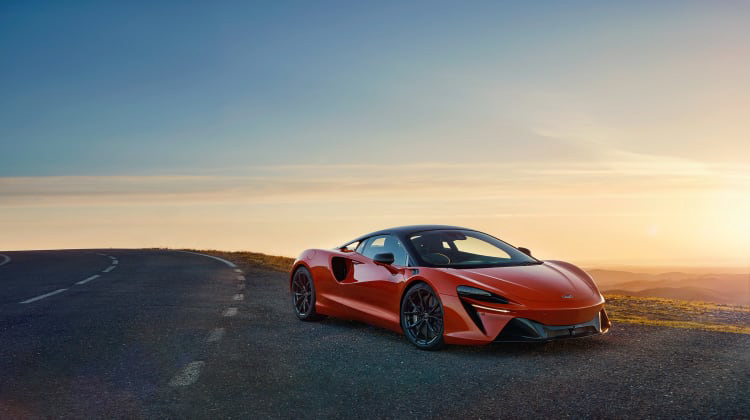 Welcome to a new era at McLaren. Yes, you could be forgiven for thinking the new McLaren Artura looks very much like business as usual, but under this car’s shapely, if familiar, skin lies an all new machine – both in its chassis/structure and its hybridised powertrain. Priced from around $248,445, the new Artura will no longer occupy the junior supercar space, instead it has its eyes on full-fat rivals like the Lamborghini Huracan and Ferrari F8.

The Artura (a combination of ‘Art’ and ‘Future’, apparently) is the model that supersedes the previous Sports Series models, although McLaren claims it doesn’t so much as replace the old cars, but as occupy a new space above that of the GT and below that of the 720S.

The key piece of news above all others is the introduction of a hybrid powertrain. For the first time in McLaren Automotive’s history, a new car from Woking isn’t powered by the venerable twin-turbo V8, but rather an all-new 2,993cc twin-turbo V6. This all-new engine is once once again developed with Riccardo, which is in turn boosted by an electric motor. and

The ‘M630’ V6 uses a 120-degree V angle, with the turbos mounted in the middle in the now familiar ‘hot V’ concept, and has been designed to be as compact as possible despite the wide cylinder bank angle, right down to the details of the cooling channels within the block. It’s also over 40kg lighter than the old V8.

The reason is obvious: with the additional weight of the hybrid components and the space they take up, every last kilo and centimetre that can be saved counts, and indeed, it’s a philosophy McLaren has had to adopt throughout the design of the whole car.

The axial flux electric motor is mounted in the bell housing for the gearbox, not on the rear axle, with drive being deployed through a new eight-speed twin-clutch gearbox and then via an electronically controlled limited slip differential (another new development on a McLaren).

The combination of engine and e-motor can produce 671bhp and 531lb ft of torque; broken down, that’s a peak of 577bhp and 431lb ft from the engine, and 94bhp and 166lb ft thanks to electricity, although the e-motor can only give the full 94bhp for 15 seconds hence power falling back to a total of 626bhp.

Its performance statistics are typically impressive. It’ll reach 100kph from rest in just 3-seconds, crack on to 200kph in the time the clock takes to hit 8.3-seconds, and the top speed is an entirely adequate 330kph.

McLaren has also listened to its customers in terms of support and reliability. Therefore, the Artura is covered by a five year warranty, the battery with six years of cover. The body, on the other hand, is covered for a whole decade.

The Artura also sees the debut of McLaren’s next generation carbon fibre chassis structure, termed MCLA. It’s designed and built (via an automated process, unlike the by-hand lay up monocell) at the firm’s new facility in Sheffield, and weighs 82kg compared to the 76kg of its predecessor. However, that figure includes a lot more fixings and components that weren’t included before, along with an integrated battery housing and B-pillars.

Like-for-like, it’s usefully lighter. You can’t say that about the overall car, though, because with a DIN figure of 1,498kg is 50kg more than a 570S. Given McLaren says going the hybrid route adds 140kg to the car, you can see just how important those weight savings have been in partially offsetting the gain. For context, the Artura still weighs slightly less than a basic specification 992 Carrera.

Many will be reassured that McLaren has remained loyal to its hydraulically assisted power steering setup, but there are some fundamental differences to the Artura’s underpinnings that may influence its driving character. In addition to the fitment of the limited slip diff, the Arutura also switches to a multilink rear suspension setup from the company’s tried and tested double wishbones, in pursuit of greater stability under braking.

Nevertheless, a 30mm shorter wheelbase and quicker steering should maintain the car’s inherent agility. The Artura also utilises McLaren’s Proactive Damping control first seen on the GT model, which uses sensors to gain as much info on the road’s surface as possible, thereby almost working in real time. The self-explanatory driver modes for the chassis are Comfort, Sport and Track.

Given so much of the Artura is new – 98% claims McLaren – it’s slightly surprising that its exterior looks so similar to a 570S. Then again, you could argue that McLaren is trying to build its own identity over time, and a certain continuity aides that quest. Whichever your viewpoint, the superformed surfaces have a beautifully tactile quality when experienced up close and personal, particularly the large, one-piece rear clamshell.

Inside, the firm has made a big effort to increase the perception of quality both in terms of materials and the sophistication of its detail design and switchgear operation. There is no longer an ‘active’ button to access the different driver modes, instead the driver uses rocker switches on top of the driver’s binnacle (which moves now with the steering wheel), the idea being that your hands can stay on the wheel.

There’s Android Auto and Apple CarPlay on the newly enlarged central screen, and the same perfect relationship between steering wheel, seat and pedals that’s become a hallmark of McLaren interior ergonomics. The HVAC system is said to be much more powerful, while the car uses a new ethernet electrical architecture that cuts cabling by 25% while speeding up the car’s processing power.

As with any hybrid, the powertrain modes relate to a lot more than just throttle and damper settings. When you ‘start’ the Artura it automatically boots up in silence with Electric mode. The 7.4kW/H battery can provide around 30 kilometers of electric-only driving, at speeds of up to 128kph. It takes 2.5 hours to charge it via a normal wall socket, and is clearly intended for use in urban areas and low emissions zones, rather than as an alternative power source for general driving.

Switch to comfort and the V6 works alongside the e-motor, although at lower speeds and a light throttle the former will once again switch off. It’s also possible to use the engine to charge the batteries, for example, when approaching a city, although the system will never let the battery charge ‘run out’. After that, Sport and Track are much more focused on maximising the car’s performance, with the hybrid boost said to give the Arturia twice the throttle response of the old V8.

McLaren is also very keen to stress that much attention has been paid to making the Artura sound appealing, too. Hybridised, twin-turbocharged V6s haven’t always been the most musical of powertrains, so it remains to be seen how successful the company has been in this regard…

The Artura will cost from around $248,446 when it goes on sale in the region later this year. At that price point, it’s around $40,000 more than the previous 570S, and while the rise is rationalised by its heightened performance and spread of ability, the new Artura does verge dangerously close to some full-fat supercar rivals.

Ferrari’s new 296 GTB is one such rival that will feature its own V6 hybrid powertrain. It’ll be more expensive, though, at around $313,000 in the region, but will have more performance to compensate. Maserati’s MC20 is closer in price, but further away in mentality thanks to its pure IC V6, however the two will be curiously matched in performance and size, too.

Porsche’s $211,832 911 Turbo S is a rival that might not share its layout, but is a key rival in terms of performance and capability. More traditionally-motivated supercar alternatives like the brilliant Lamborghini Huracan Evo RWD are also priced below at $223,805.

Inevitably, with a few options in place the Artura will easily breach the $272k mark without much persuasion, bringing even more serious alternatives into the game such as the Ferrari F8 Tributo, or even an Aston Martin DBS Superleggera.

There’s no denying it packs a formidable amount of technology; now we await to see whether McLaren has been able to marry a broader range of abilities with its trademark driver appeal.