The next model in Ferrari’s exclusive Icona range has landed, in the form of the motorsport-inspired Daytona SP3 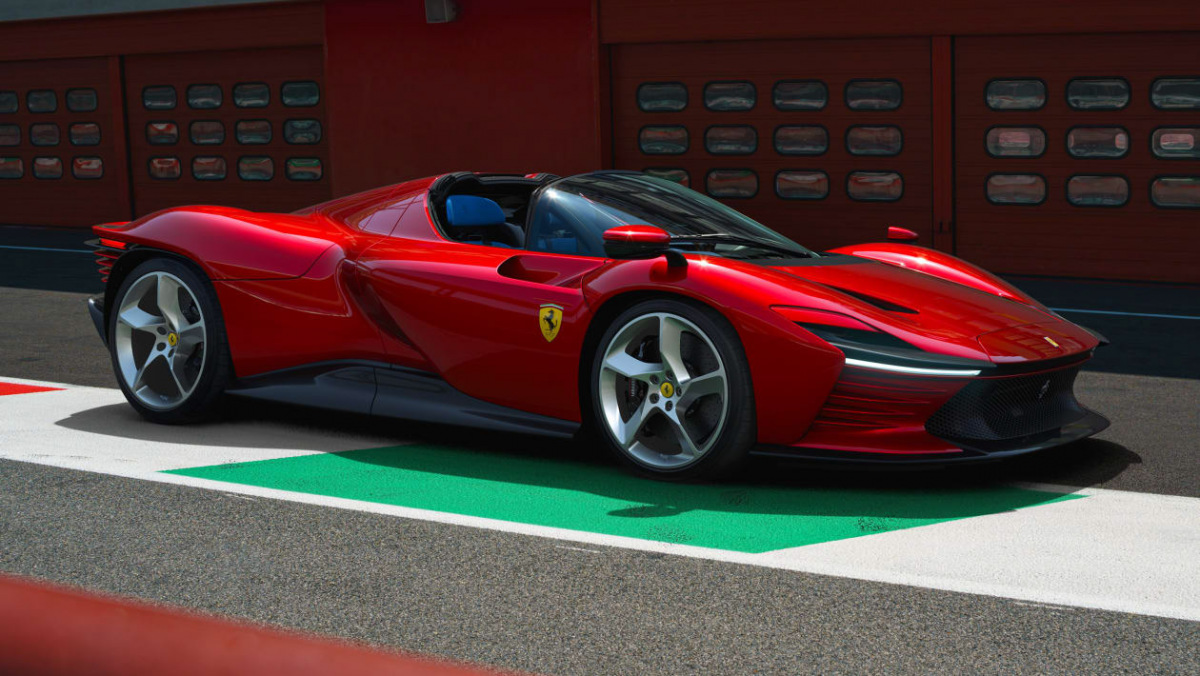 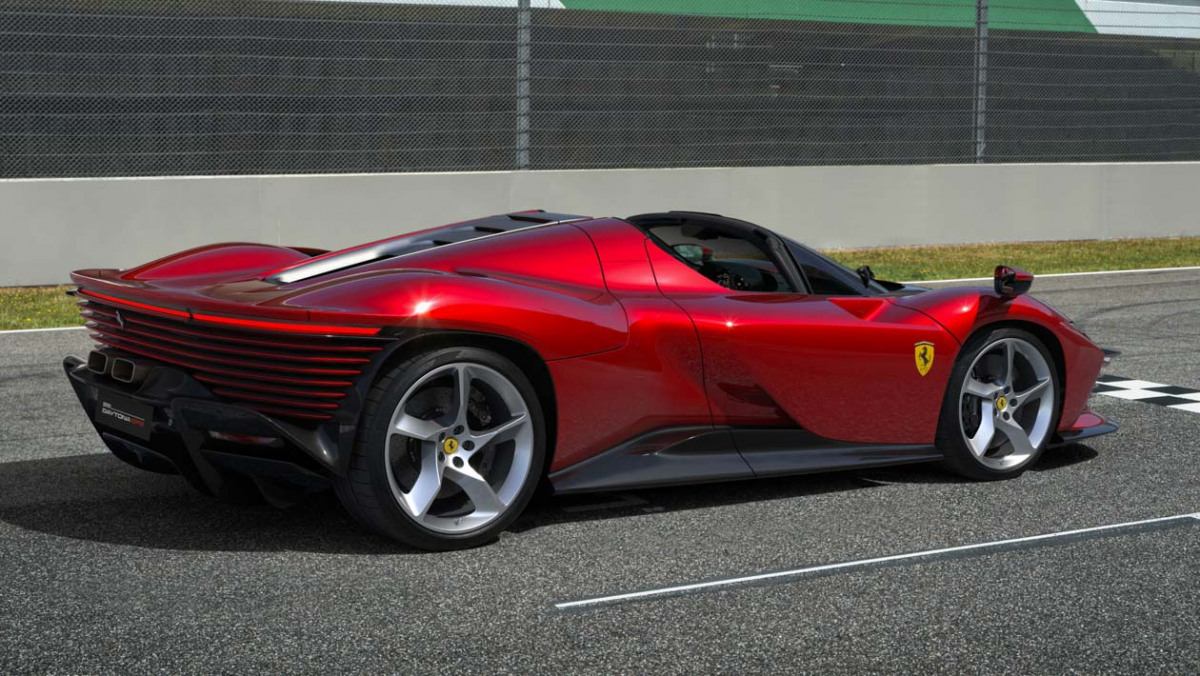 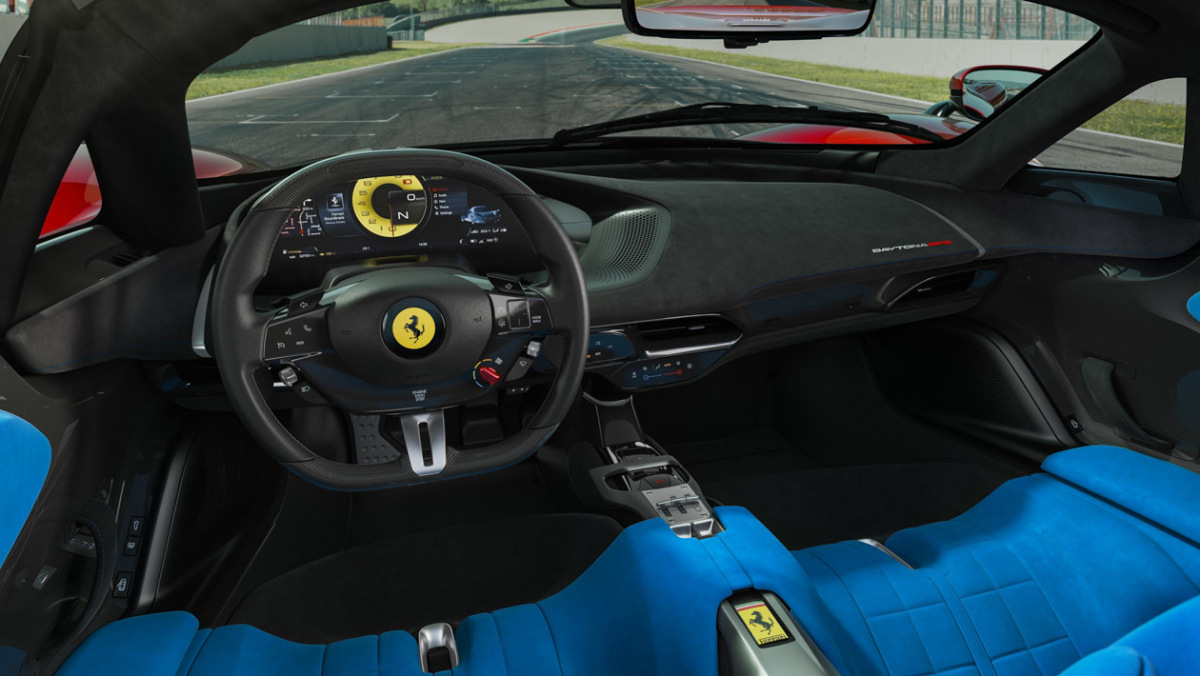 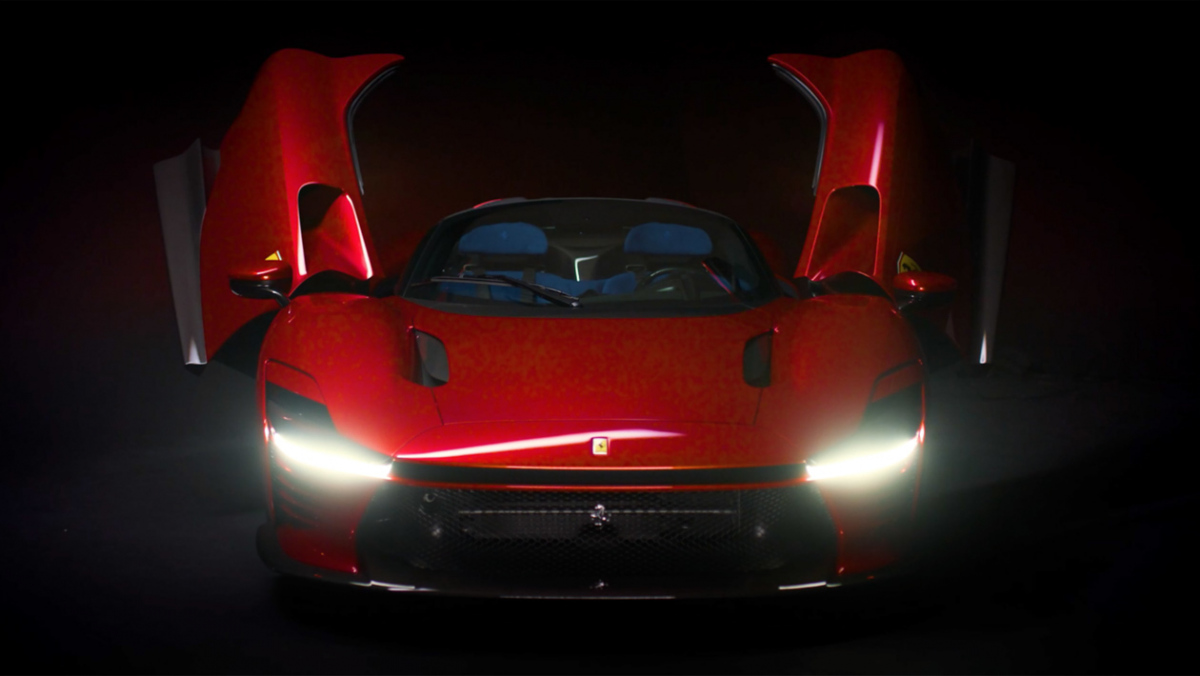 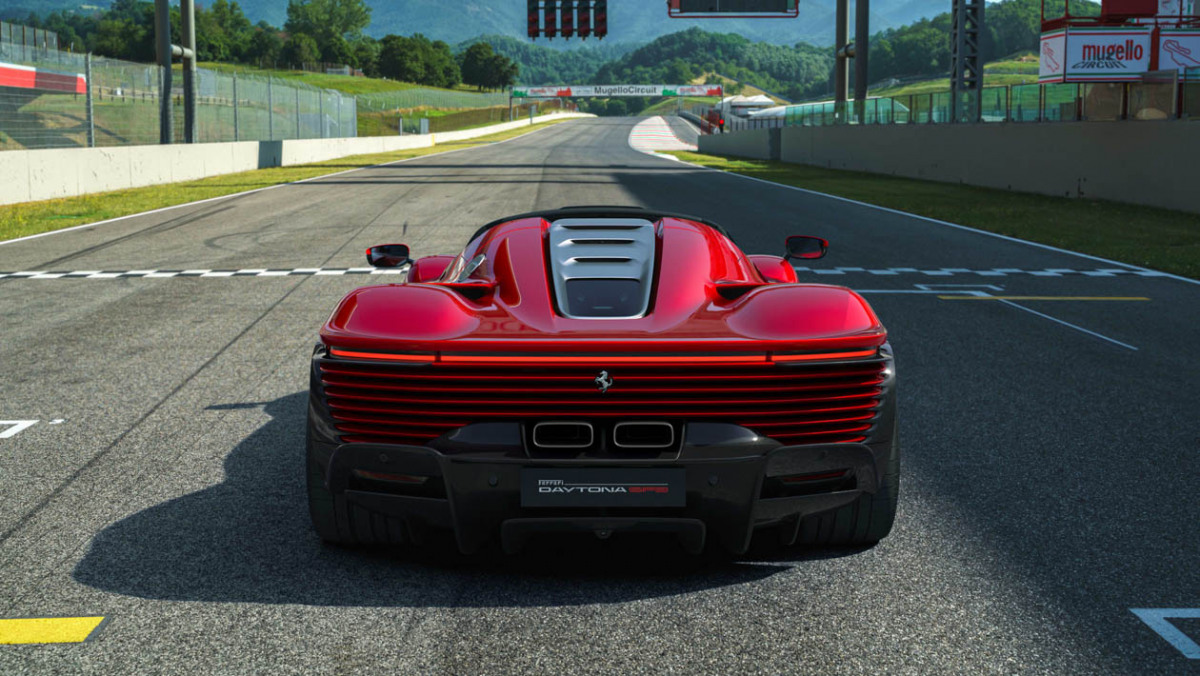 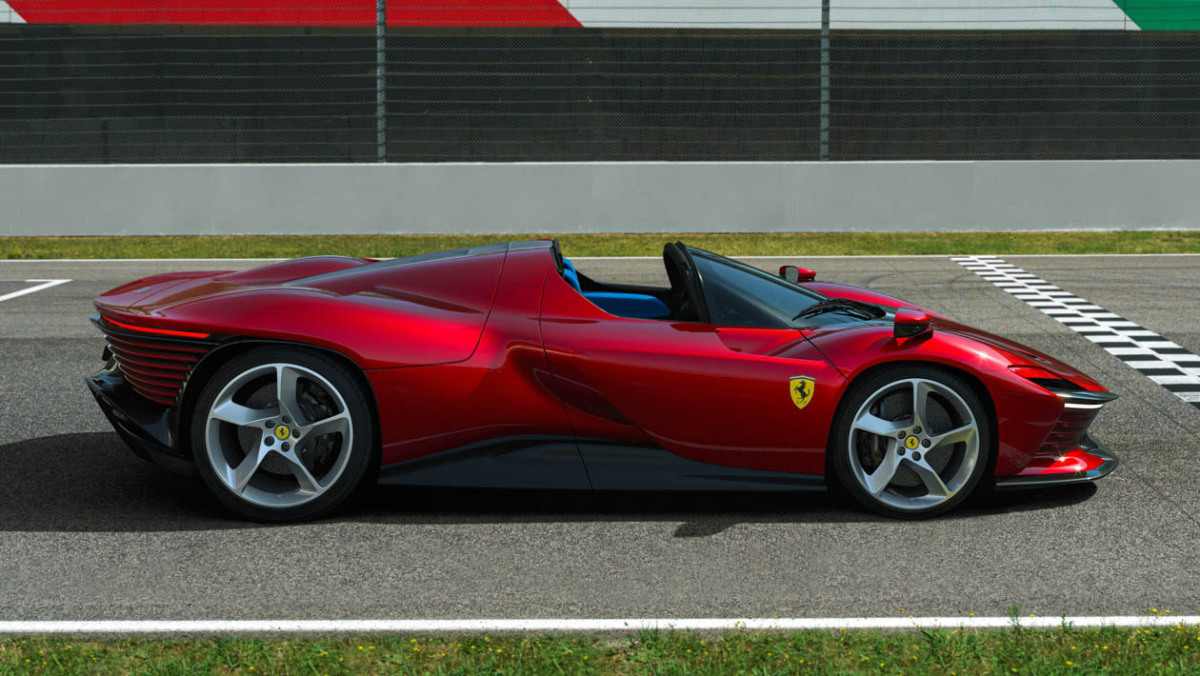 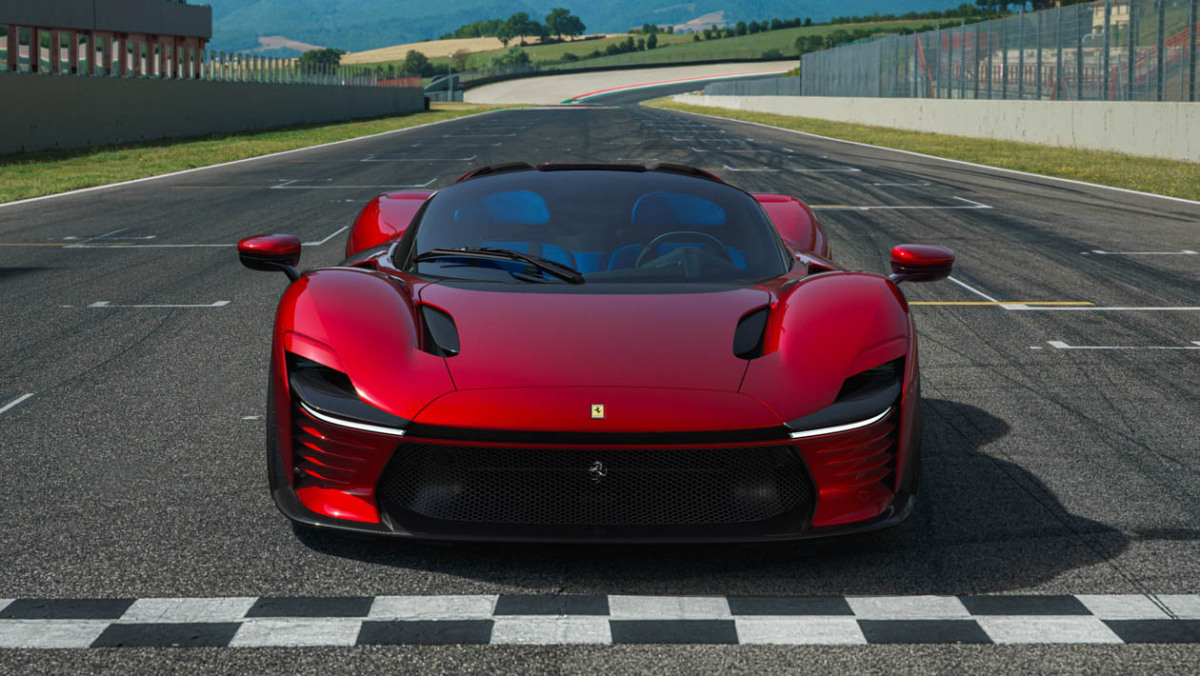 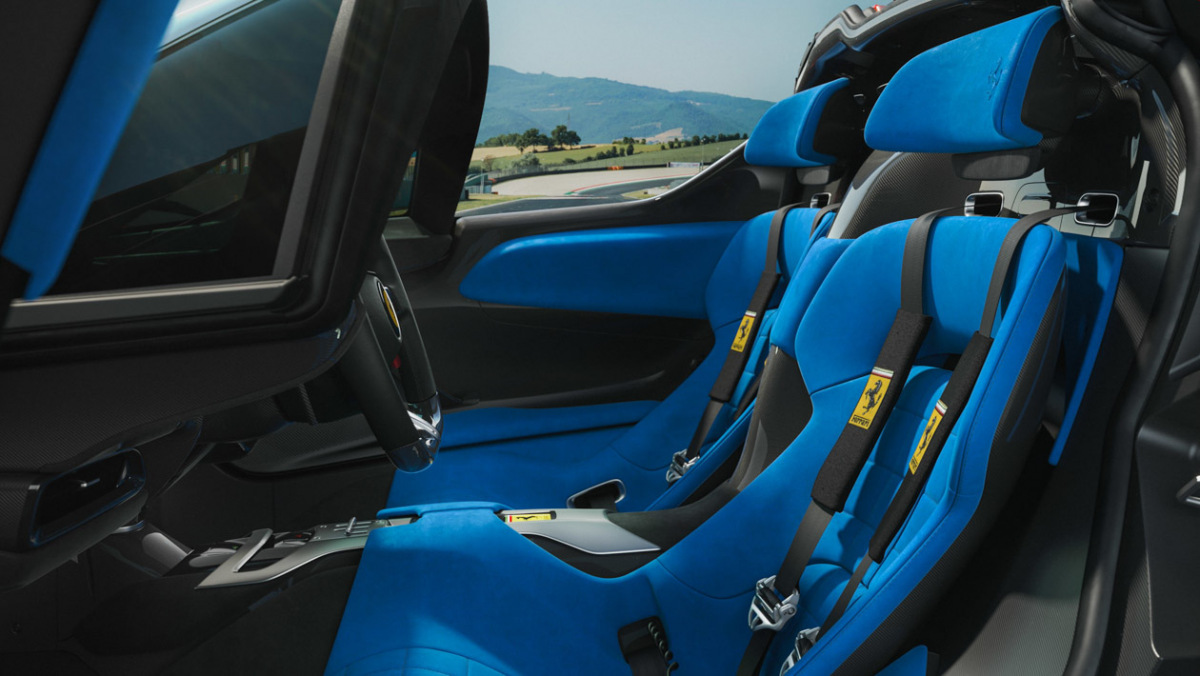 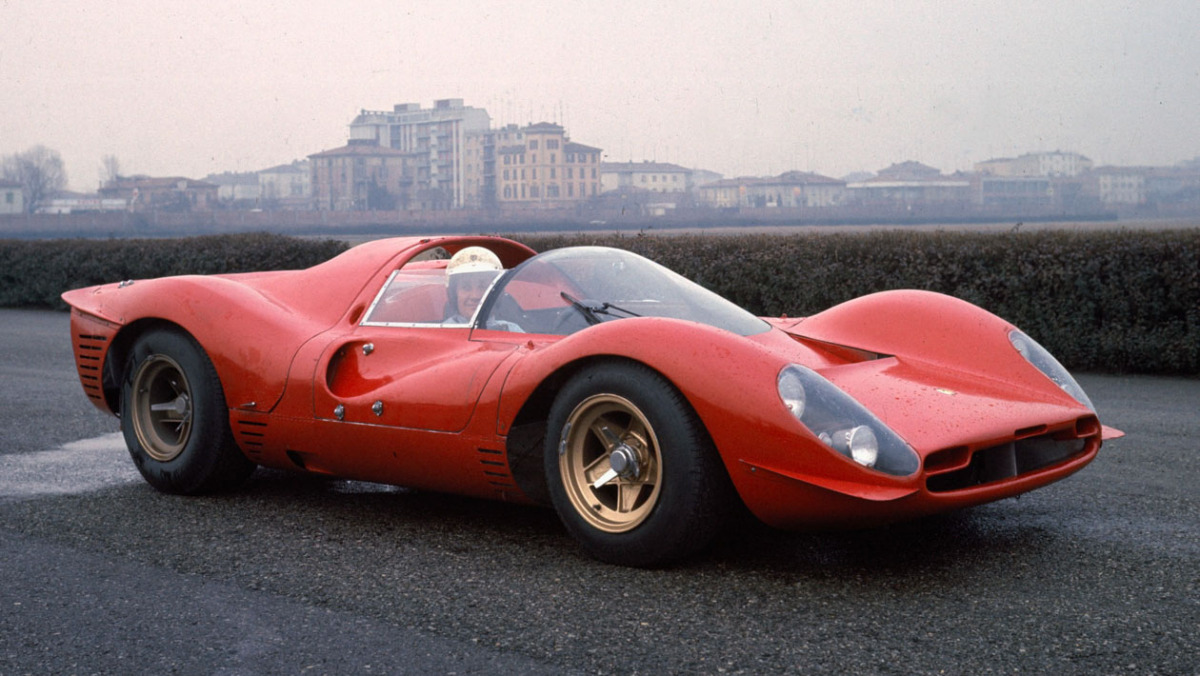 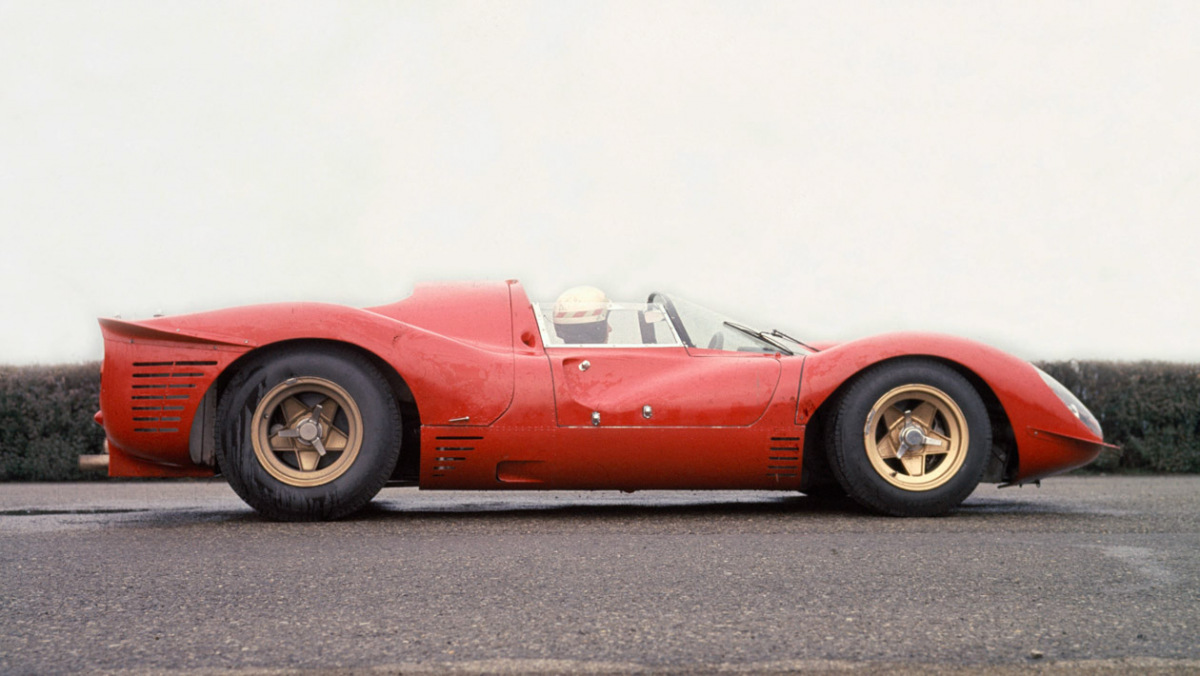 And now there are three. Three years after the debut of the Monza SP1 and SP2, the first cars produced under its bespoke Icona brand, Ferrari has introduced its third special: the Daytona SP3, the most powerful pure combustion production Ferrari road car of all time.

Paying homage to what Ferrari considers ‘one of the most spectacular feats in its entire history’, when it finished one-two-three at the 1967 Daytona 24 Hour, the latest member of the Icona family is a blend of those top three finishing racers: the first placed 330 P3/4, the 330P4 that finished second and the third placed 412P.

Unlike the front-engined Monza models, the Daytona SP3 is based on a mid-engined carbonfibre platform rather than one that is adapted from an existing model, and at its heart is a further development of the 812 Competizione’s majestic 6.5-litre V12 engine, which has had gentle tickle resulting in a power increase to 829bhp, 10bhp up on a Competizione.

New fuel pumps, two of them, injection and ignition systems are also carried over from the Comp, along with a new oil pump. With some changes to the car’s ECU it generates its 829bhp peak at 9250rpm and musters up an additional 4lb ft of torque, now 514lb ft, developed at 7250rpm, 250rpm higher than the car it borrows its engine from. Dry it weighs 2kg less at 1485kg and will reach 100kph in 2.85seconds, 193kph in 7.4-seconds and go on to beyond 340kph, as per the Comp, although for bragging rights it’s 0.05-seconds quicker to 100kph…

Retaining rear-wheel drive, Ferrari’s seven-speed dual-clutch is used with a set of bespoke Pirelli P Zero Corsa tyres having been specially developed for the Daytona. Slip Slide Control 6.1 software is used rather than the latest version 7.0 as fitted to the Competizione. There’s also no mention of the fitment of Ferrari’s Virtual wheelbase 3.0 software that debuted on the track-focused Comp and allows the software to turn each rear wheel individually depending on the situation it’s presented with.

The carbonfibre chassis the SP3 is built on has a 44/55 weight distribution. At 20-inches in diameter the front wheels are an inch smaller than those on the rear axle, and the front Pirelli measures 265 wide (the rear 380), compared to the Competizione’s 275 Michelin Cup 2R tyre.

Being an Icona car the Daytona’s performance is only part of the proposition, with its design as equally striking as the prospect of a mid-engined V12 Ferrari that revs to 9500rpm is tantalising, and more than mildly intimidating.

There is a hint of SF90 in the nose, but as for the rest of the Daytona SP3’s design it’s all bespoke and rather breathtaking, if not to everyone’s taste. It’s a Targa body, with butterfly doors that open up and out in a dihedral form, which also house a rather substantial intake in their top surface to feed the V12. With the wing mirrors positioned on top of the front wings there’s a 1960s feel to the concept, especially with the wrap-around front screen.

The exterior of the SP3 is pure aerodynamic function matched with a design form that’s unashamedly bold and striking, especially once you clock the horizontal blades that run the width of the car at the rear. Manufactured purely from carbonfibre its design means driving it in all weathers will be a far more palatable experience than its Monza relatives.

While the Daytona is inspired by the aforementioned 1967 winners, the design takes inspiration from a wider range of Ferrari’s iconic sports racing cars, including the 512 S, 712 Can-AM and the 312 P.

Beneath that body is enough aerodynamic tech to pin it to the ceiling, with flat-floors, vortex generators, diffusers and venturis all crafted from the same carbonfibre used by Ferrari’s F1 team.

Inside you’ll find a pair of chairs that are fixed to the carbon tub and a HMI unit and instrument display familiar to anyone who has sat in an SF90. Deeply sculpted doors present a sense of space inside and an adjustable pedal box addresses the fixed seat issue. And remember, over your shoulder is an 829bhp naturally aspirated V12 that revs to 9250rpm.

As with the Monza the new Daytona SP3’s production is limited, this time to 599 units, 100 more than the combined number of both Monza models due to this Icona car being homologated for worldwide road use, which means collectors, sorry drivers, in the United States will be able to add a Ferrari Icona model to their collections.

It won’t be cheap, costing $2.3-million in Italy including local taxes, equating to over $2.7-million in the region. Although all cars are already allocated to customers, with Monza customers offered a car first followed by those who missed out in markets where the first Icona cars weren’t homologated for sale.

The first Daytona SP3s are expected to be delivered before the end of 2022 with Ferrari anticipating it taking two years to build and deliver all 599 examples. However, with Ferrari entering the hypercar class in the FIA World Endurance Championship from 2023, a limited edition homage to its most spectacular motorsport achievements will make for a tidy piece of business.