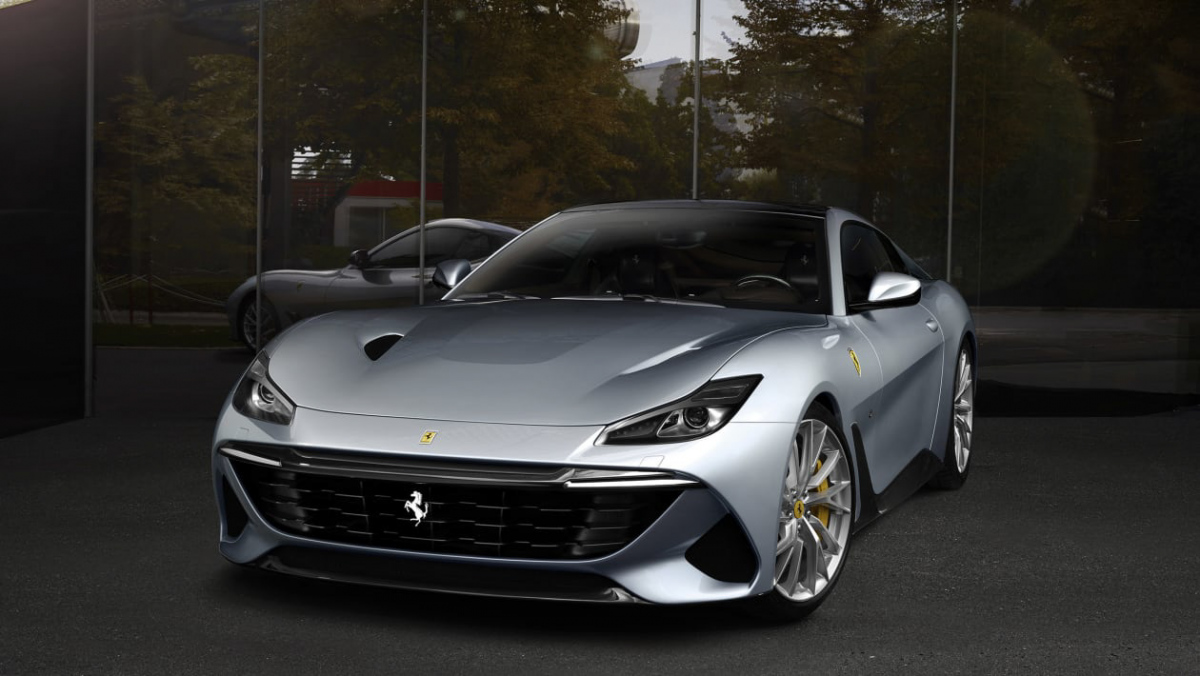 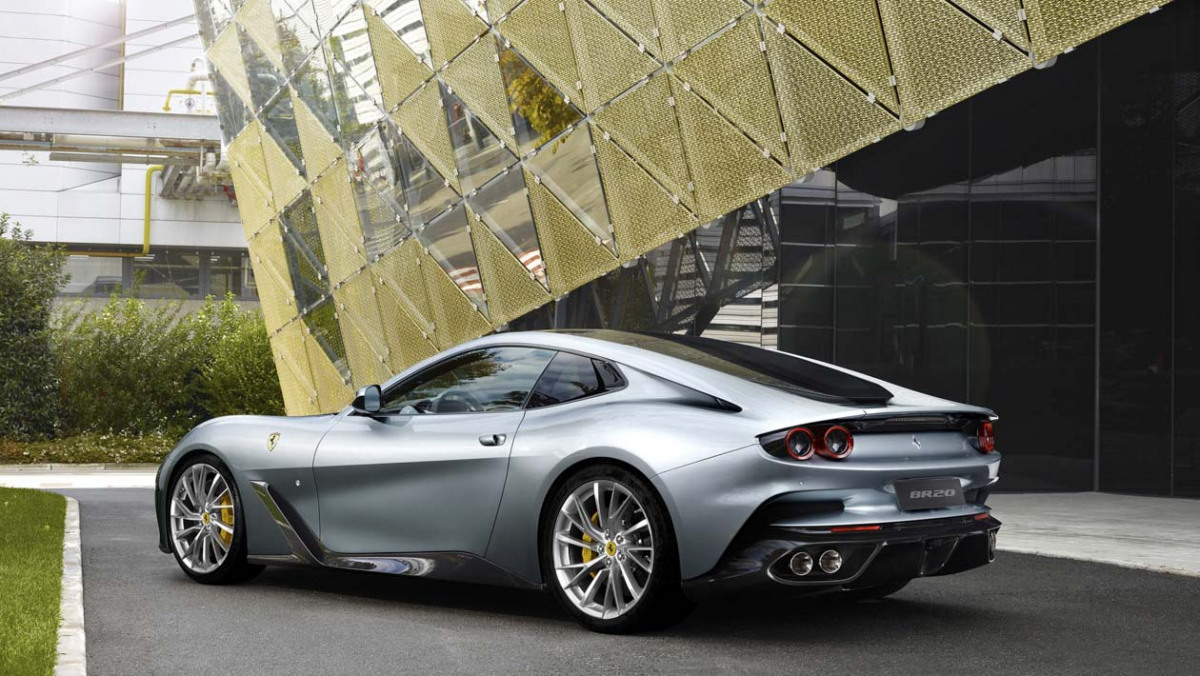 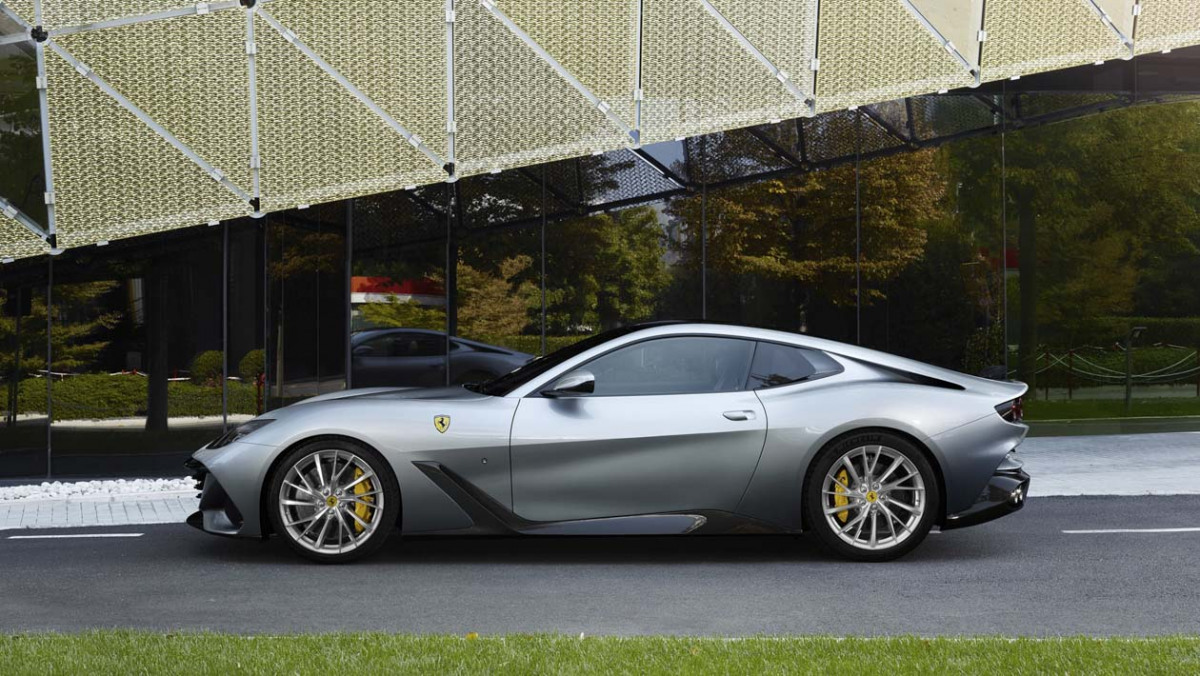 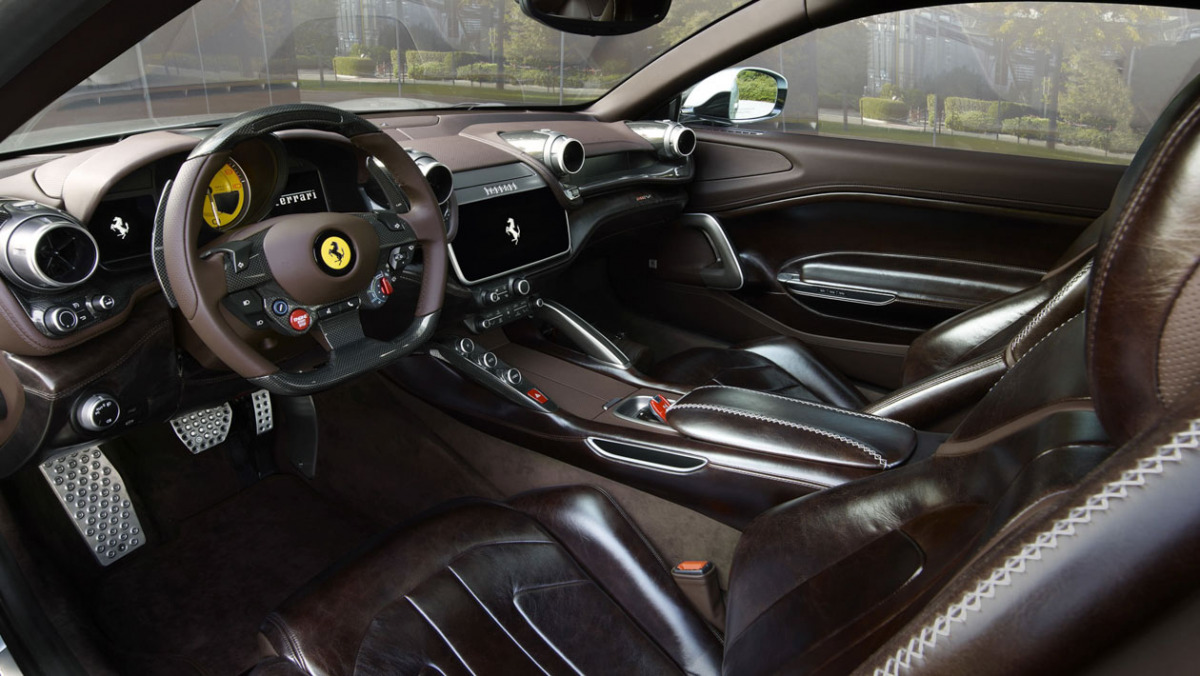 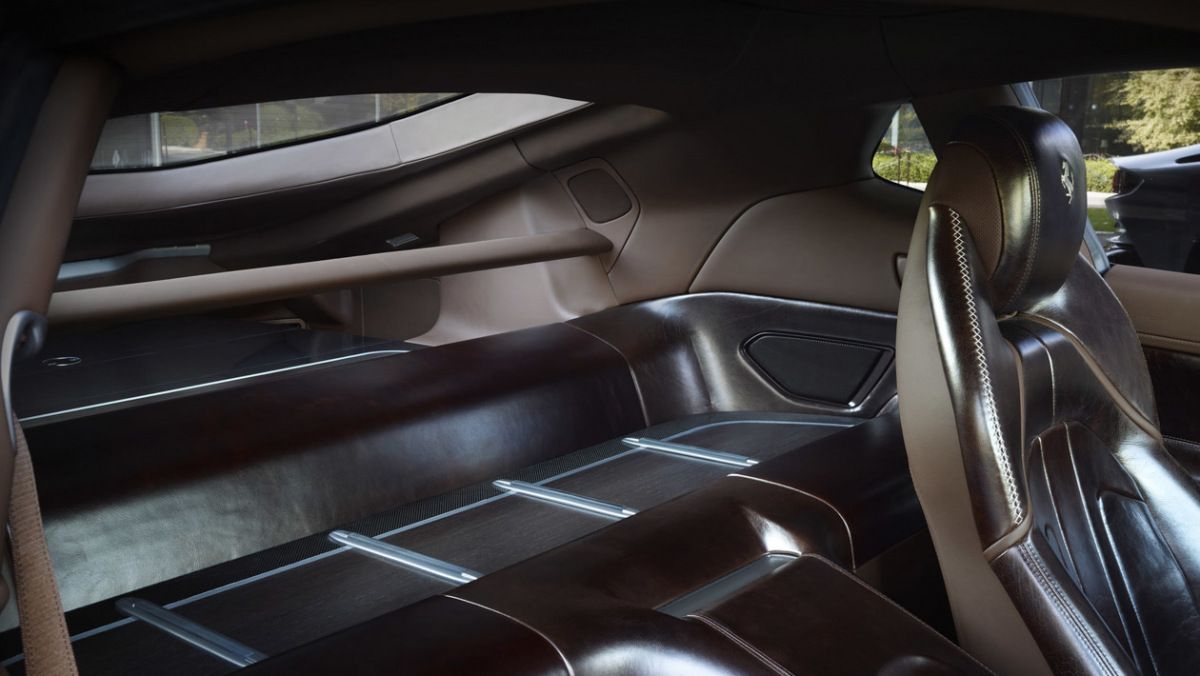 This is the Ferrari BR20, the latest bespoke customer commission from Ferrari’s One-off division that this time takes the form of a striking GT based on the GTC4 Lusso. Ferrari’s bespoke program has seen multiple commissions based on mid-engined and more overtly sporting front-engined Ferrari models such as the SP38 Deborah and Eric Clapton’s SP12 EC, but the BR20 is the first to have a distinctly grand tourer vibe complete with the GTC4 Lusso’s clever all-wheel drive system, four-wheel steering and F140 V12 engine.

Designed specifically for its one owner by Ferrari’s in-house Centro Stile, the BR20 differs from the GTC4 Lusso by losing its two-box design and replacing it with a fascinating combination of design elements that create a languid and sophisticated 2-seater coupe in the traditional format.

The first and most arresting design elements are the floating c-pillars, which separate from the main body just behind the rear quarter windows to create a void drawing air through them before exiting around the rear glass. The floating c-pillar is a motif we’ve seen before on Ferraris, notably featured on the Pininfarina-designed 599 GTB, but in this case is completely integrated into a single panel stretching from the base of the windscreen, looping over the door glass, stretching down towards the tail lights, then also forming the main body side. This huge piece of bespoke bodywork would be nigh-on impossible to replicate in mass manufacturing, suggesting huge amounts of time and effort were put into its creation.

The BR20 has a bespoke rear screen, falling into the void left by those detached pillars and itself floats above a rear deck that’s been created in the absence of traditional pillars. The windows themselves are more familiar, borrowing both door glass and rear quarter lights from the 812 Superfast. The daylight opening (or DLO in car design speak) has been augmented to suit the BR20’s longer wheelbase, however, with the use of a darkened section that surrounds the rear quarter glass.

The rear end is pretty typical of a modern Ferrari, dominated by a large carbonfibre rear diffuser section which itself appears to float within the concave surfaces of the high-metallic silver paintwork. The wheels are also bespoke, the flowing design almost certainly manufactured from a milled billet of aluminium judging by the spoke design, yet the body side is otherwise free of excessive detailing save for a highly stylised sill that integrates a garnish for the front wheel arch vent.

The Ferrari BR20’s nose features bespoke headlight casings – an unusual indulgence even at this level of coachbuild – and a large and relatively simple lower grille not too dissimilar to the old F12. The result is something that looks undeniably Ferrari, but with its own sense of style that might have answered the question of what a GTC4 Lusso might have looked like with a more traditional sloping roofline.

The interior is more closely derived from the GTC4, and includes a combination of a full-aniline saddle brown leather finish on the seats, door card inserts and centre console, with more traditional brown leather atop the dash, and on the steering wheel and roof lining. One key difference between the BR20 and the GTC is also the lack of rear seats, with the owner instead specifying a luggage rack and open access to the rear cargo space accessible via the glass hatch.

Ferrari has not revealed specific details about the BR20’s powertrain and chassis, but given its close relation to the GTC4 Lusso will likely combine the F140 V12 engine to its innovative all-wheel drive system which supplements the seven-speed dual-clutch transmission mounted on the rear axle with a secondary transmission off the front of the engine that drives the front wheels. The technical reasoning behind so much hardware was simply to keep the V12 as low down in the chassis as possible, avoiding the need to either run a secondary driveshaft back up from the transaxle and under the engine (a compromise Nissan’s engineers of the R35 GT-R encountered).

In that trim, the GTC4 Lusso produces 681bhp at a screaming 8000rpm, with 514lb ft available from 5700rpm. This will drive the 1790kg (dry) GTC4 to 100kph in 3.4sec and on to a top speed of over 322kph – all figures we expect the BR20 to match unless its bespoke manufacturing has added significant weight to the package.

As usual with these one-of commissions, Ferrari has neither revealed who the commissioning owner was nor how much they paid for it, but as only the most loyal customers get the opportunity to commission their own bespoke model we suspect it’ll be higher than a run-of-the-mill Ferrari V12.