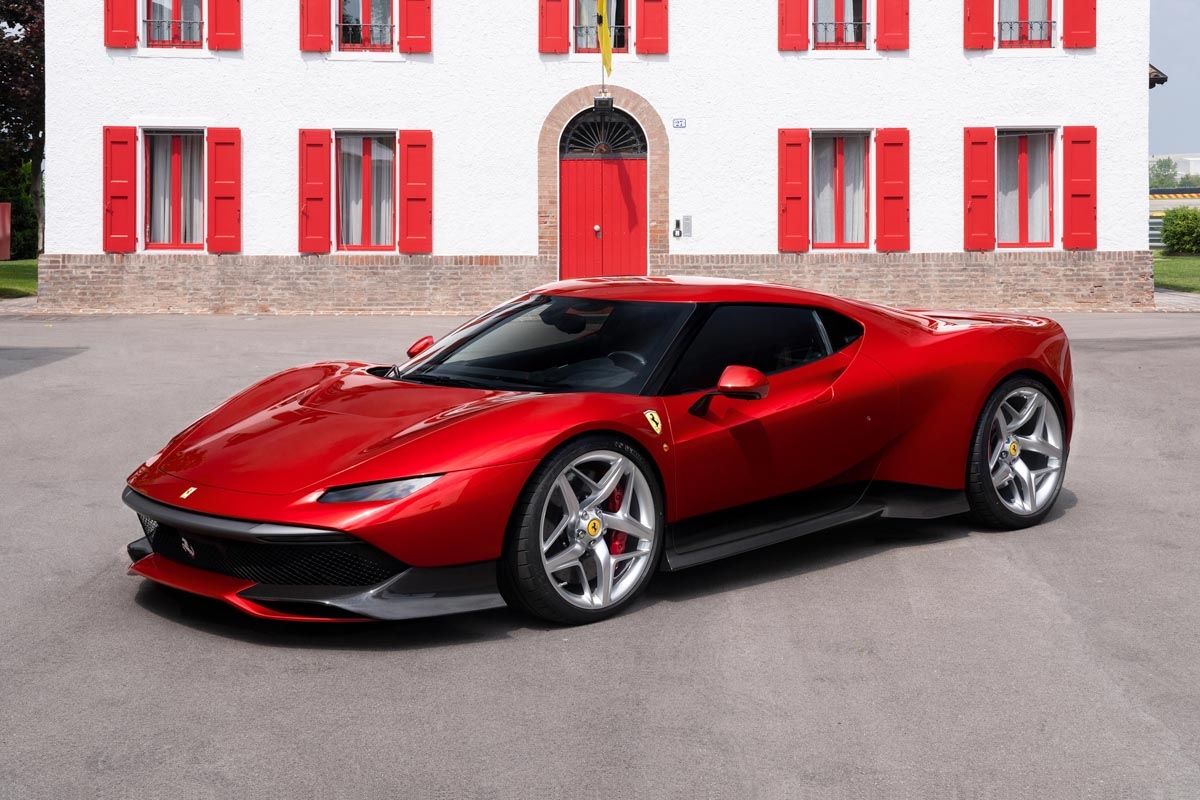 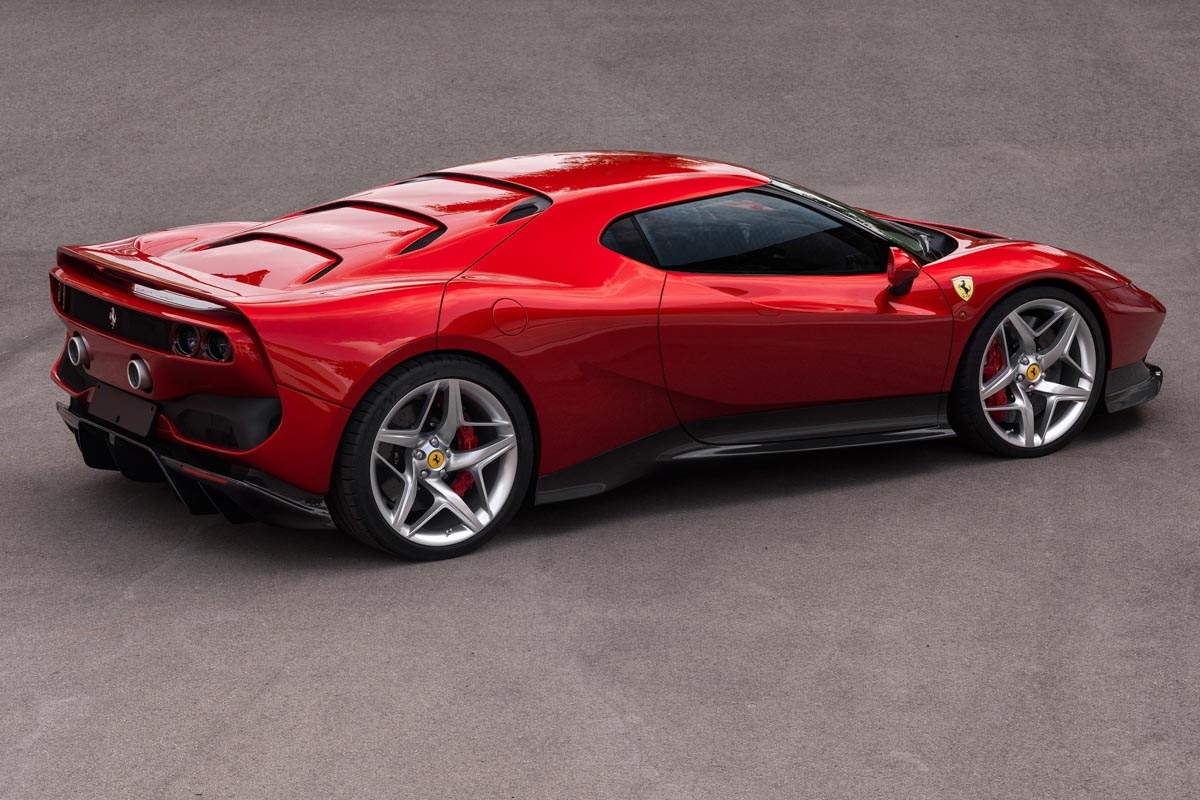 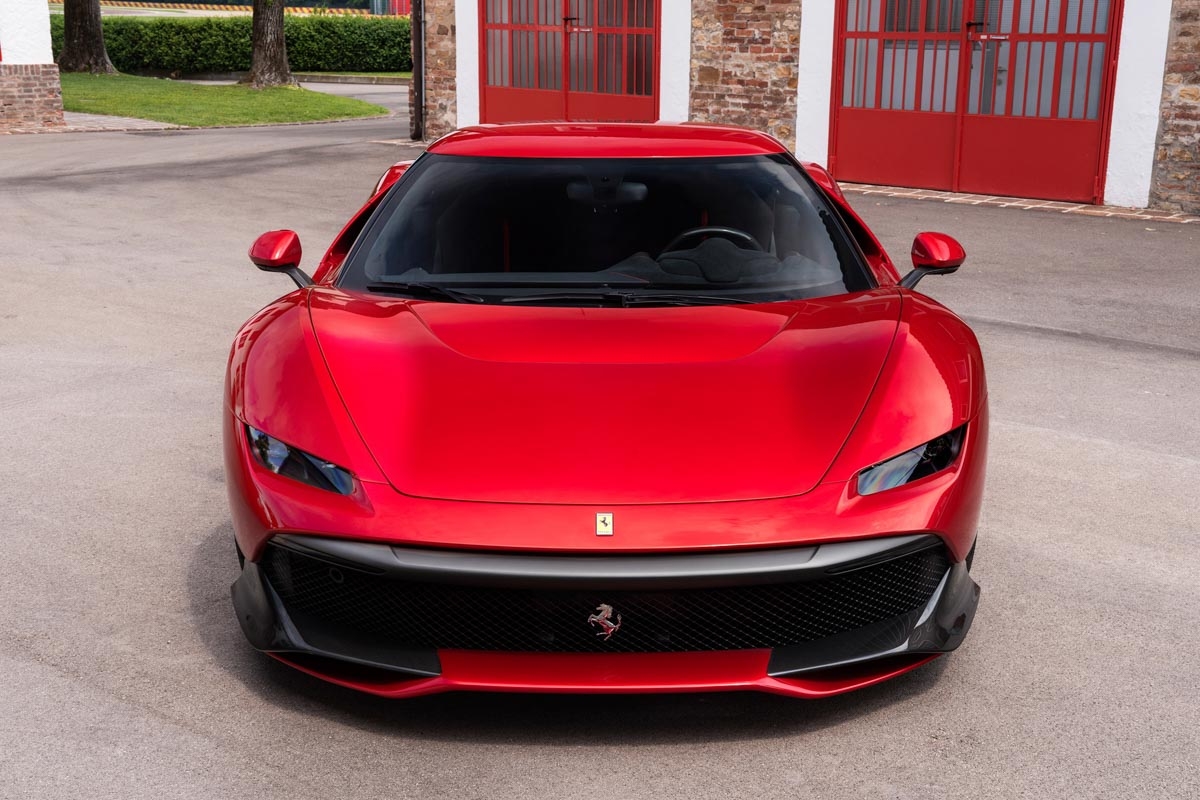 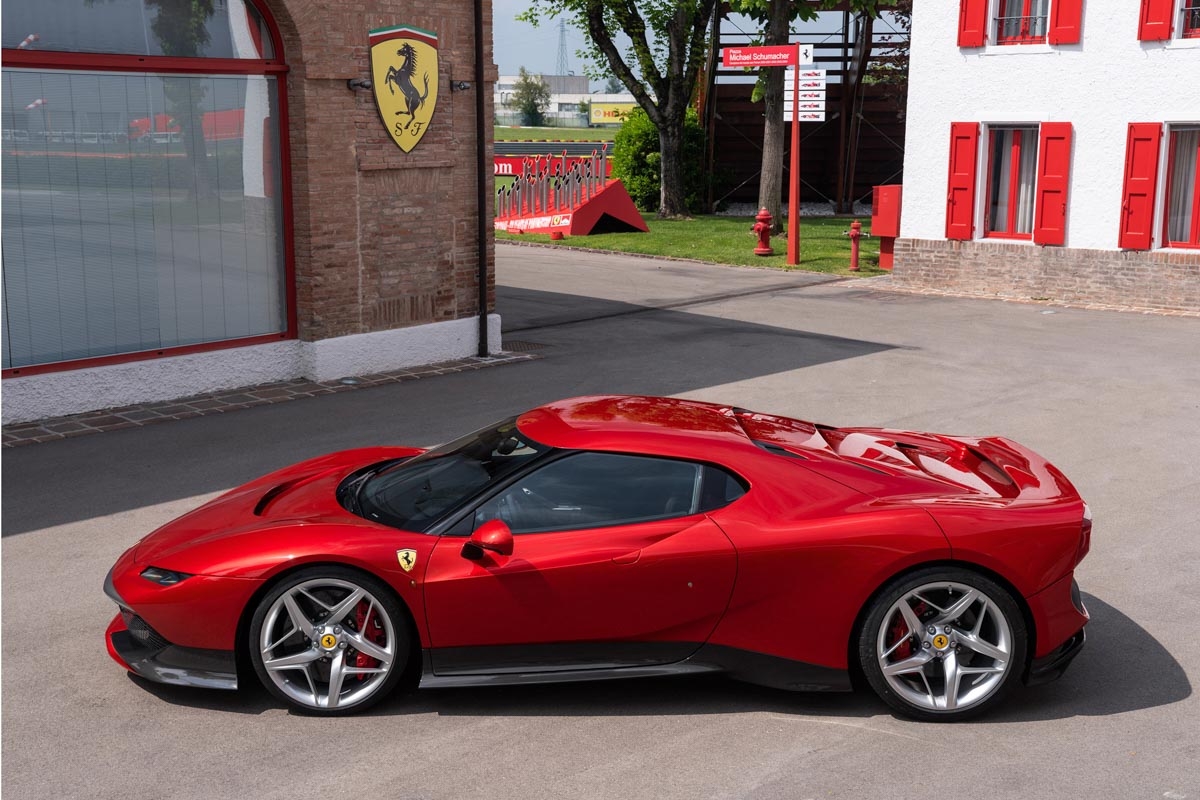 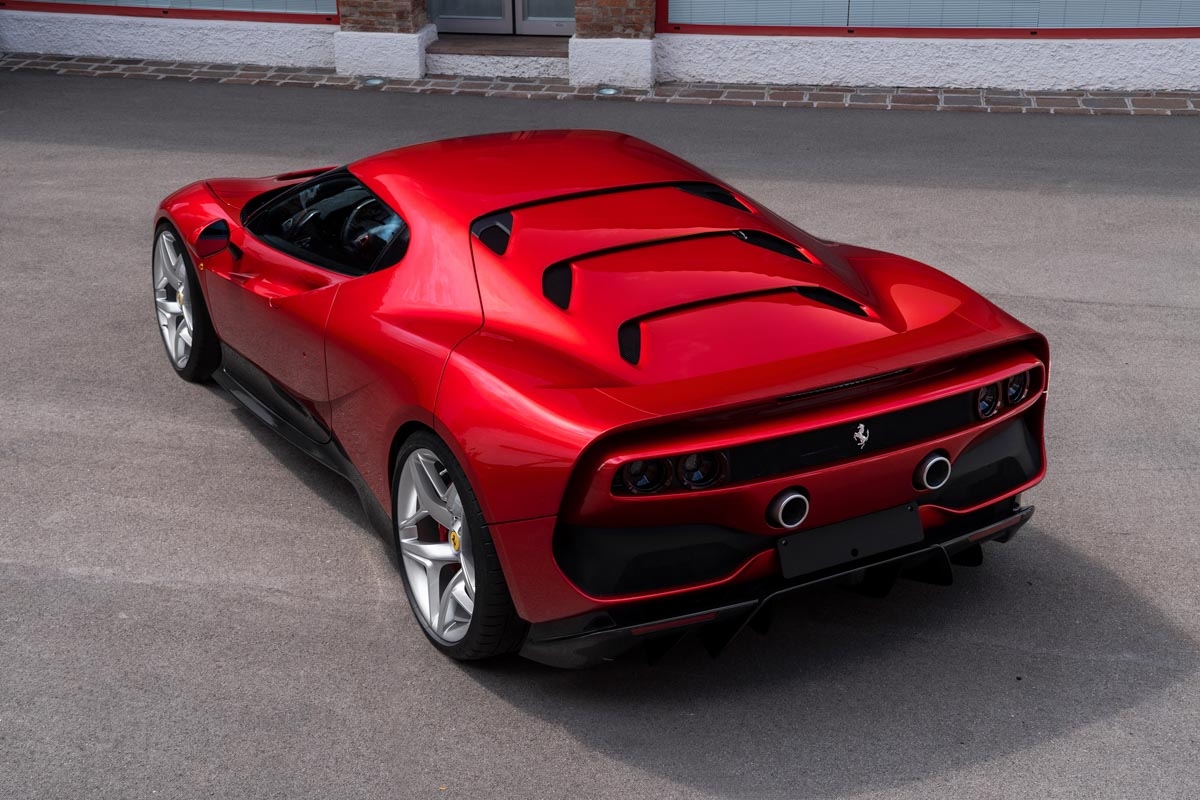 Ferrari has just unveiled the new SP38, a bespoke commission designed and built by Ferrari’s One-Off programme for one of the brand’s most dedicated customers. Referencing the iconic F40, the SP38 will make its debut at the Concorso d’Eleganza Villa d’Este car show on the shores of Lake Como in a few days time.
Based on underpinnings borrowed from the Ferrari 488 GTB, the SP38 shares the mid-mounted twin-turbo 3.9-litre V8 engine and dual-clutch gearbox combination, but like all bespoke commissioned Ferraris, the biggest changes are concentrated on the exterior styling.

Featuring completely new bodywork, the SP38’s most defining feature is its fixed rear wing, designed in homage to the F40. An unusual addition today thanks to the advancements made in active aero, the wing sits far lower than on the F40 so not to contribute to a high coefficient of drag. Atop the engine is a solid cover with three slats, perhaps referencing the three gills that sit on each side of the F40’s rear wing.

Below the rear wing sit four roundel taillights, again in reference to the F40, but it does lack the triple outlets of the iconic old car, instead using a familiar dual exhaust setup from the 488 GTB. Alongside the slim flanks, Ferrari has moved the standard 488’s gaping side intake to an opening behind the door glass.
The gaping front intake is topped by a pair of slim headlights, sat within smoothly bulging front arches and a low scuttle. Like some of Ferrari’s other one-off commissions, the SP38 has a wraparound windscreen, giving the car a different silhouette to other series-production Ferrari models. Also new are the five-spoke wheels, yet another nod to the F40.
The SP38 is just the latest in a series of bespoke commissions built for Ferrari’s favourite customers. Ferrari’s other notable creations include the 512BB-inspired SP12 EC, (built for Eric Clapton, hence the name), the F12 TRS and the 458MM Speciale, each custom designed and built by the Ferrari One-Off programme. As usual with these commissions, the subject of money is far too vulgar to mention, but if you had to ask, chances are you can’t afford it.
This article originally appeared at evo.co.uk
Copyright © evo UK, Dennis Publishing