Ferrari’s next one-off commission is called the SP51; based on the 812 GTS 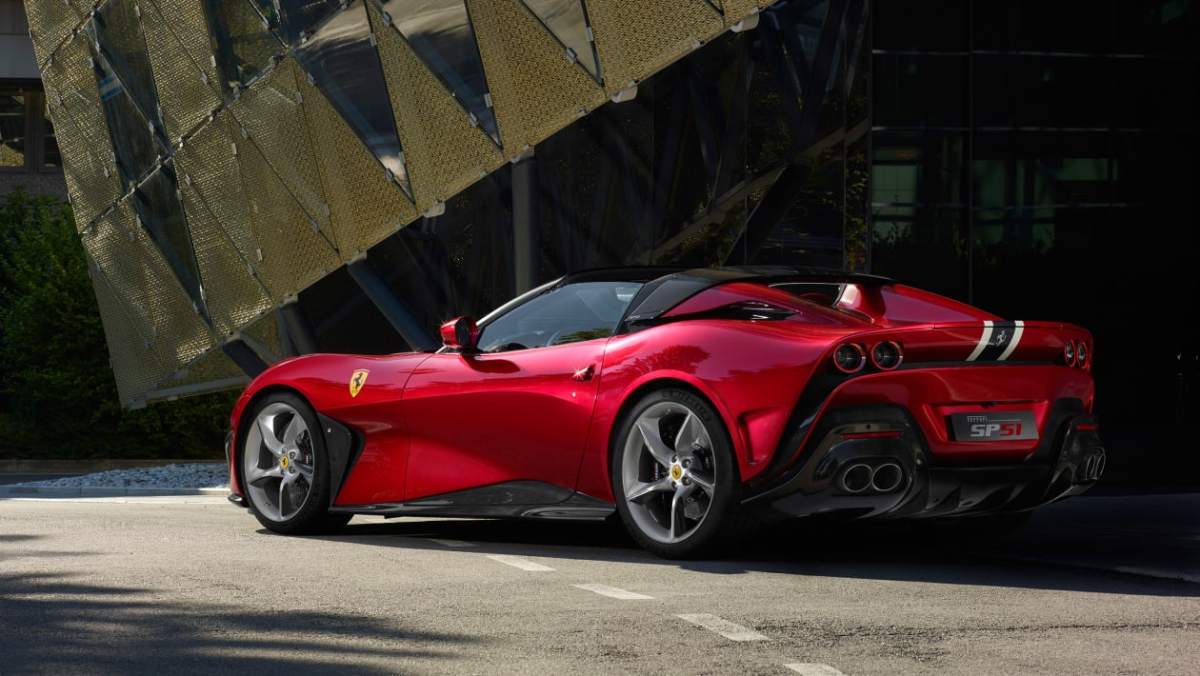 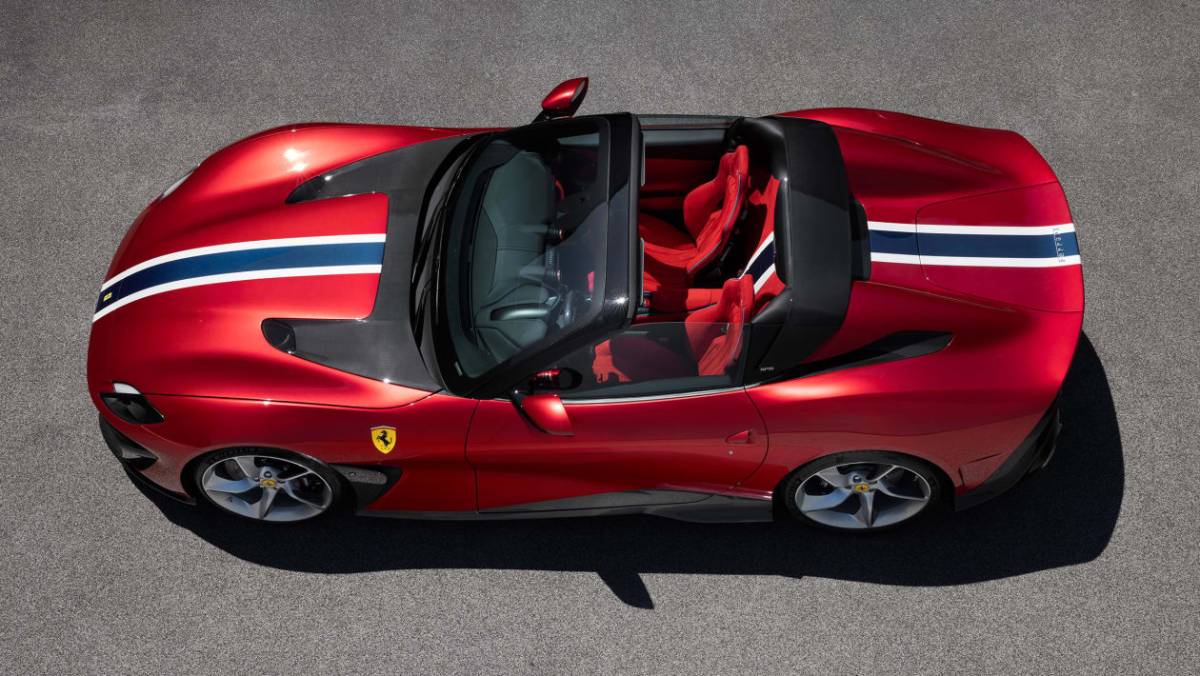 This is the Ferrari SP51, the brand’s next one-off project that this time is based on the open-top 812 GTS. These types of bespoke projects have become a common occurrence for Ferrari, catering to its most dedicated customers by offering them the experience of literally designing their own new Ferrari.

This latest commission takes the form of an open-top roadster, borrowing the 812 GTS’s strengthened front-mid-engined platform and monstrous Tipo 140GA V12 engine. This is paired to an existing 812’s technical package, so as well as its V12 engine there’s a seven-speed dual-clutch transmission mounted on the rear axle alongside an e-diff and rear-wheel steering.

Peak figures from the 6.5-litre naturally-aspirated V12 engine likely mirror the GTS, producing 789bhp and 530lb ft of torque and redlining at a slightly unhinged 8900rpm. Performance figures haven’t been officiated, but should also mimic the GTS, likely reaching 100kph in somewhere under 3sec.

Yet what defines the SP51 as with most of Ferrari’s bespoke projects is the bodywork, which in this case shares the 812’s underlying proportions, but features totally unique panels constructed from carbonfibre. The overall design doesn’t immediately hark back to a specific model from the past like some one-off creations, instead it plays with the fluid contemporary forms that Ferrari Centro Stile has become associated with under the direction of its current design boss Flavio Manzoni.

Highlights include the floating carbonfibre roll hoop that sits above two sculpted humps, these go on to define the overall shape of the rear deck. This terminates in an aggressive kamm-tail that hides away the four round rear lighting elements and some aggressive aero management around the rear diffuser.

Front end is defined by the wide front intake referencing the 488 Pista, with its single opening that widens at the edges. A set of unique headlights sit above, and look to sit somewhere between the existing 812 and new-era 296 in terms of shape and their lighting elements.

The interior is as per 812, and while the wheels look similar to the units found on the new SP3 Daytona, they are also bespoke to the SP51. The colour is also new, in this case a triple-layer pearlescent called Rosso Passionale, and is matched to a dark blue and white livery inspired by the 1955 Ferrari 410S racer.

The figure these sorts of one-off Ferrari’s cost their wealthy owners is still unknown, but it’s probably more than you’d like to imagine, especially considering it’ll always come with the caveat of multiple previous Ferrari purchases.