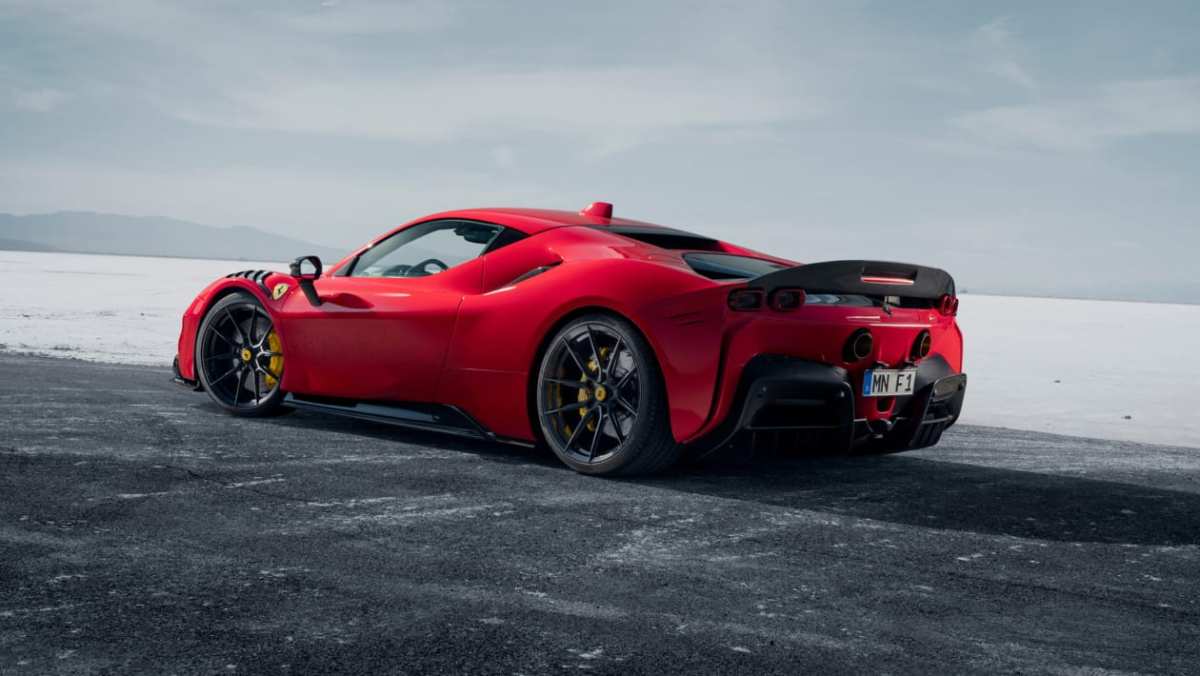 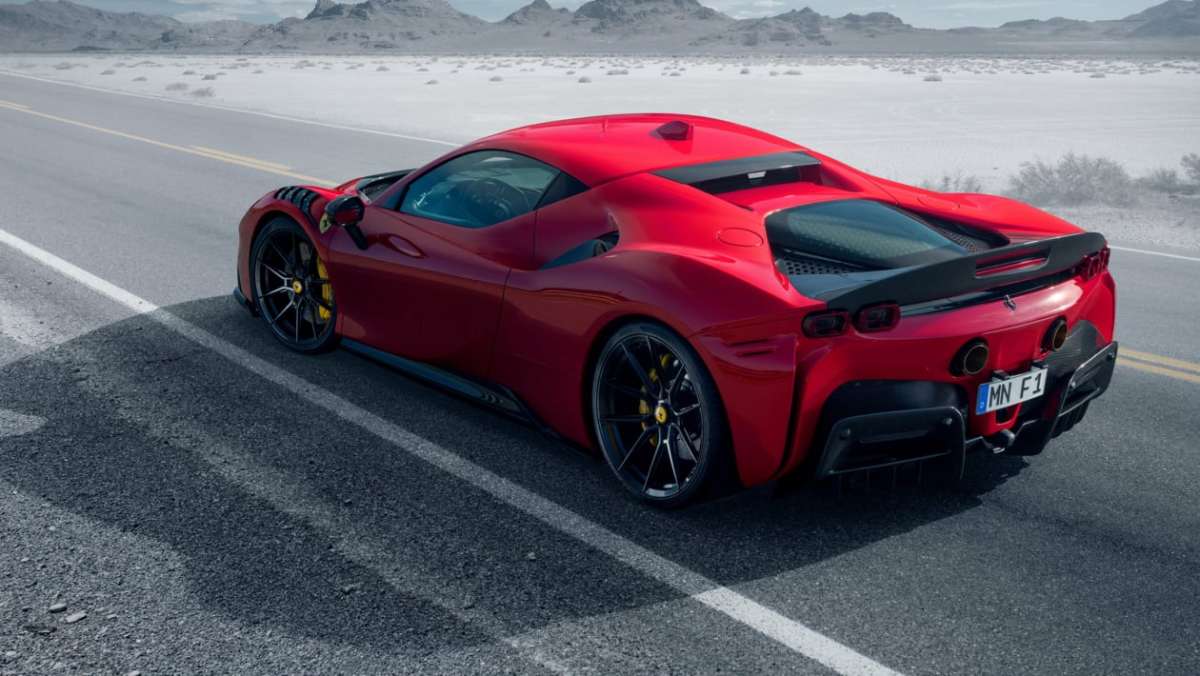 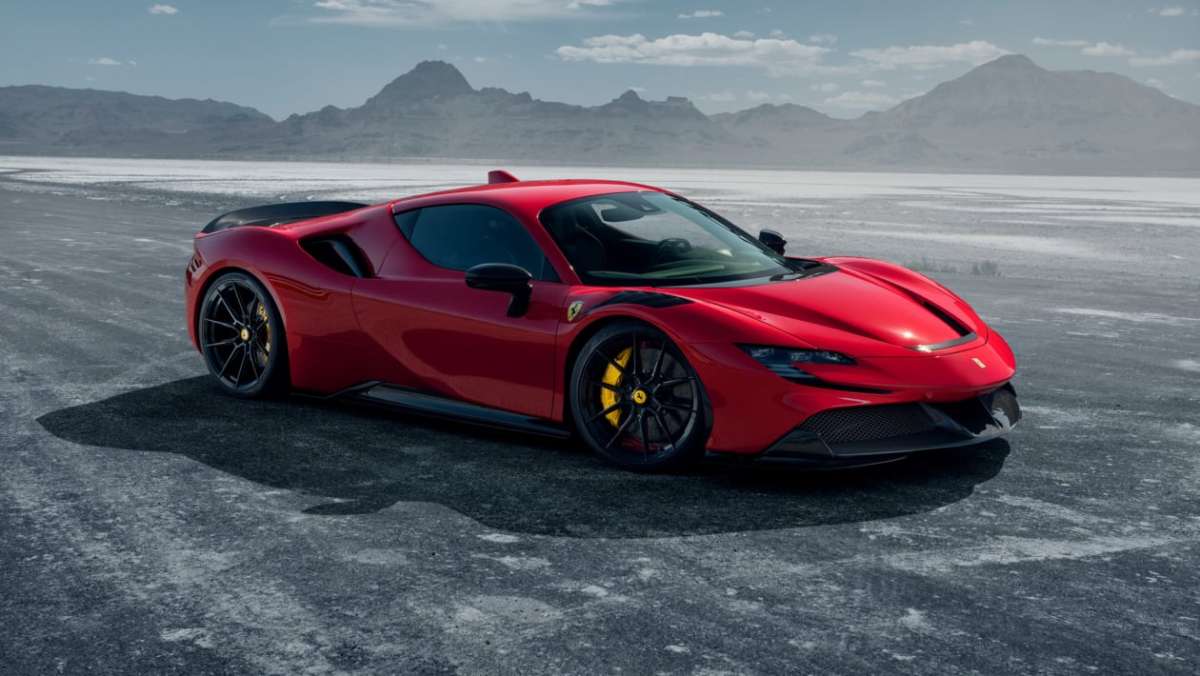 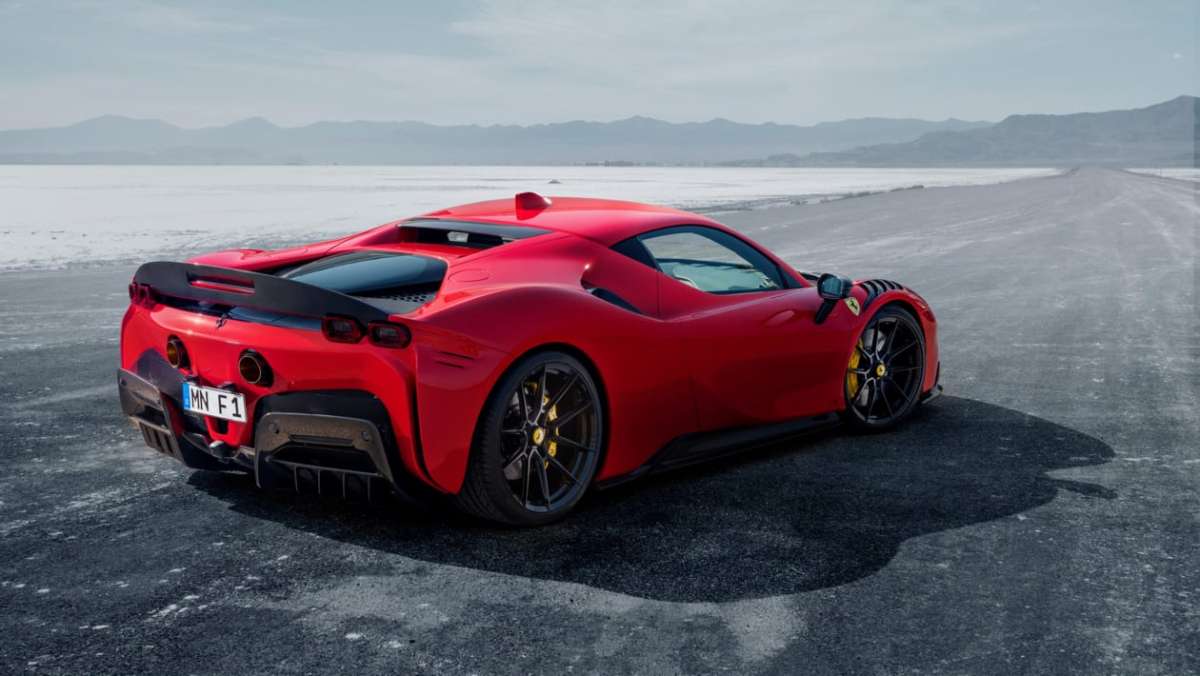 Novitec has revealed its first tuning kit for the Ferrari SF90 Stradale, working with the V8 hybrid powertrain to unlock a total of 1093bhp. Its power upgrades have also been joined with bespoke suspension and styling kits, creating one of Novitec’s most powerful projects ever, and certainly one of its most complex.

The power upgrades from within the SF90 are confined to the internal combustion engine, with Novitec’s own ECU and exhaust system unlocking a 105bhp power increase. The ECU’s new parameters include revised mapping for the ignition and injection system, while also intervening on the electronically-controlled boost maps for the twin turbochargers.

Novitec’s exhaust system is available in different variants, offering more or less sound via electronically-controlled butterfly valves, and in one case the option of gold plating, but all add up to the same rise in power. The overriding result is that the SF90’s 4-litre V8 engine now produces 876bhp on its own, with the remaining 216bhp derived from the three remaining electric motors. This equates to the 1093bhp peak system power figure, with torque peaking at 677lb ft at 6100rpm.

Against the stop watch, Novitec is claiming its SF90 will reach 100kph in just 2.4sec and cross 200kph in just 6.3sec, an improvement of 0.1sec and 0.4sec on the base SF90 respectively, although independent acceleration timing has found that the SF90 will often eclipse those factory numbers when fitted with stickier tyre compounds, making Novitec’s figures equally dependant on conditions and the tyres it’s running.

Alongside these changes to the powertrain, Novitec has also been at work on the SF90’s suspension, offering new springs that lower the ride height by 30mm on the front axle and 25mm at the rear. These will work in conjunction with either the base Stradale’s magnetorheological dampers, or the optional passive Multimatic units found on the Assetto Fiorano, but together with the new forged 21-inch wheel option will make quite a difference on something as finely set up as Ferrari’s flagship supercar.

For those who want further visual differentiation, Novitec is also offering a selection of new exterior elements, including new front wings that incorporate carbonfibre vents over the front wheel arches. In addition to this, there are new detachable front and rear carbonfibre aero devices on the splitter and rear diffuser, plus a more prominent Assetto Corsa-like carbon rear spoiler that still works with the existing active inner lip.

Novitec’s usual extended personalisation program will also happily refinish elements of the interior or exterior in any bespoke finish you could think of. These updates are available to order now, no doubt adding a substantial amount to the SF90’s base $448,000 price tag.