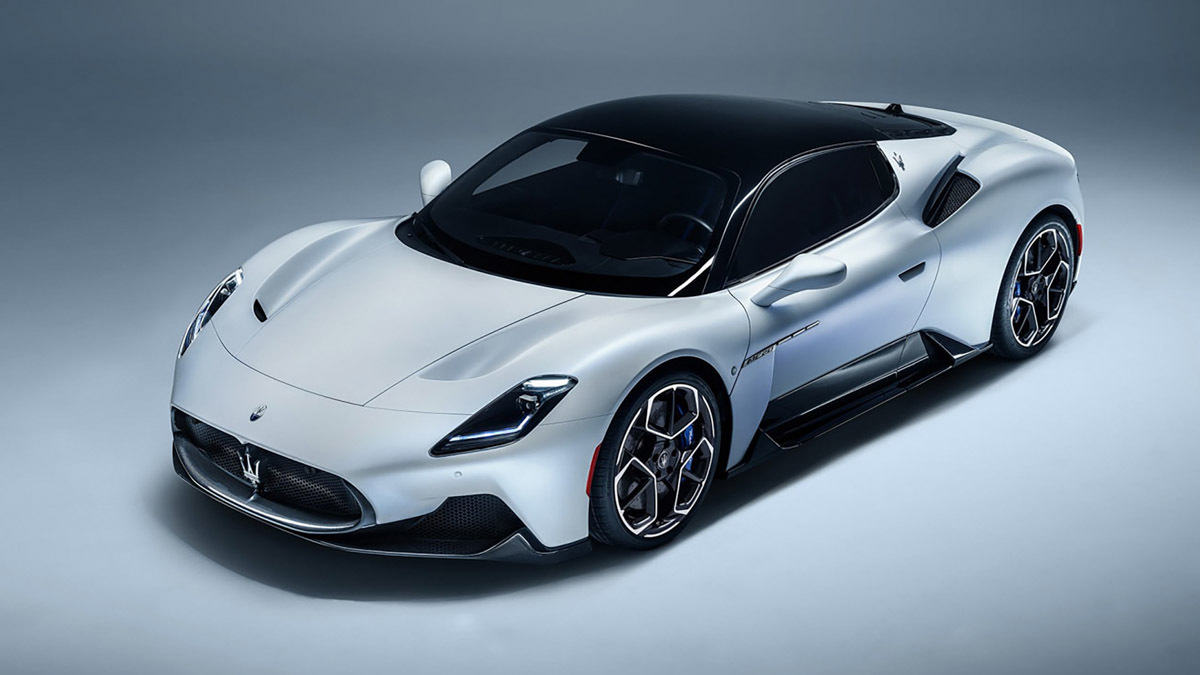 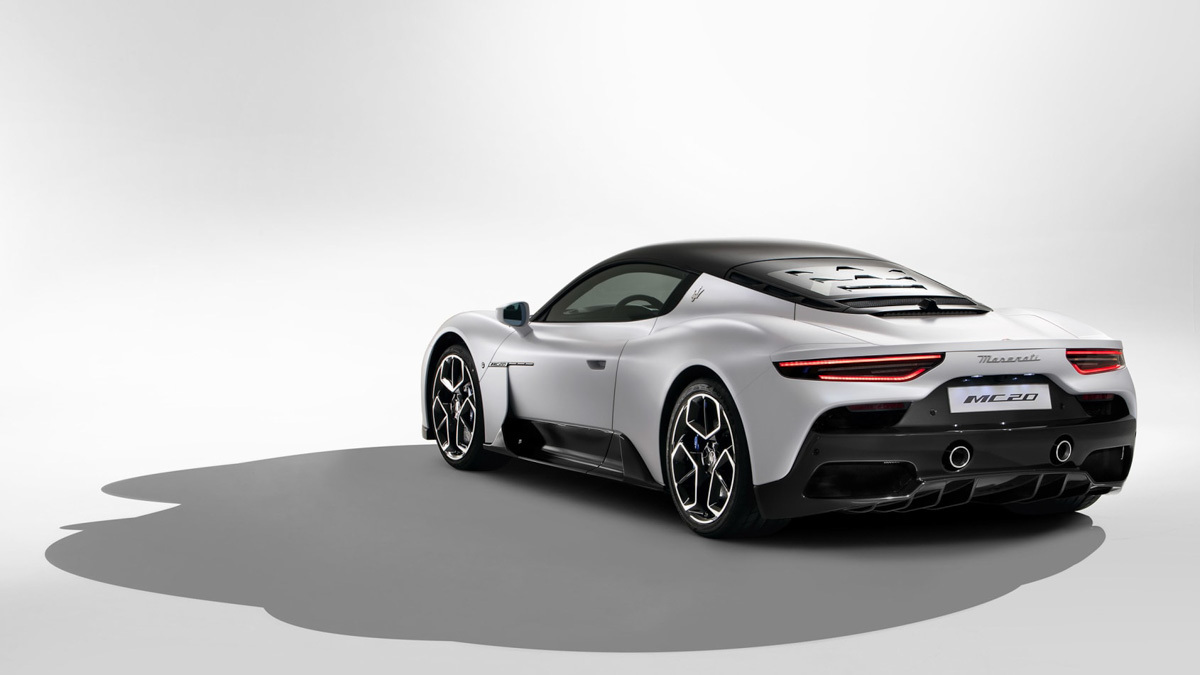 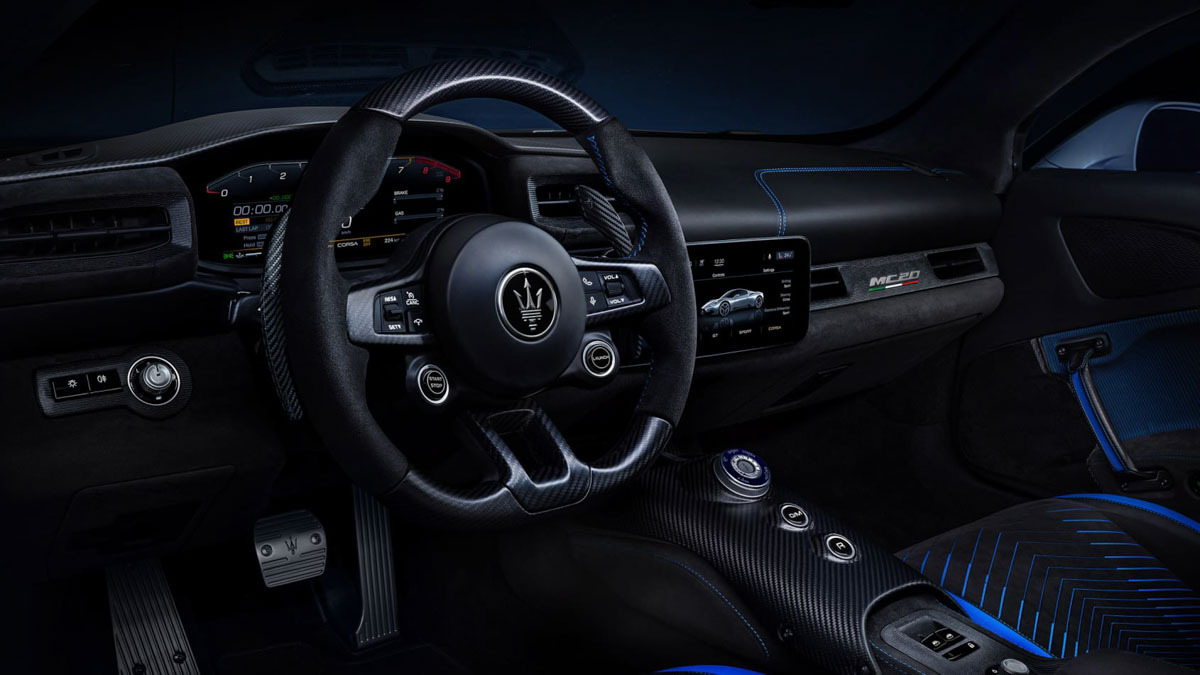 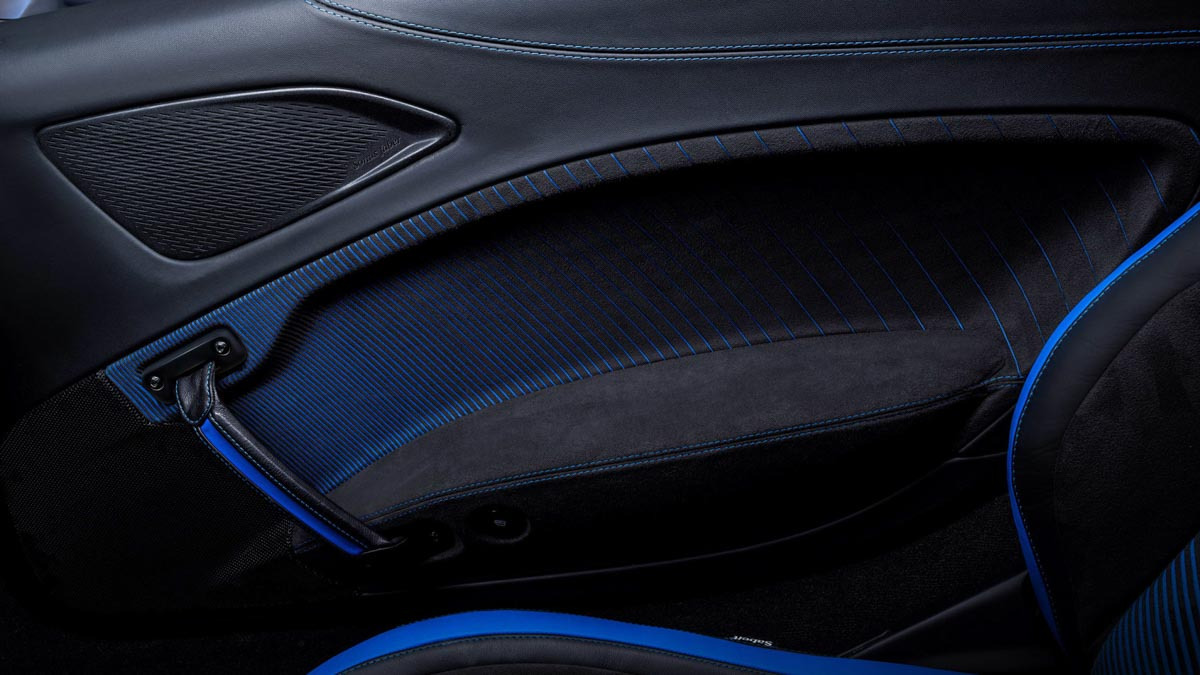 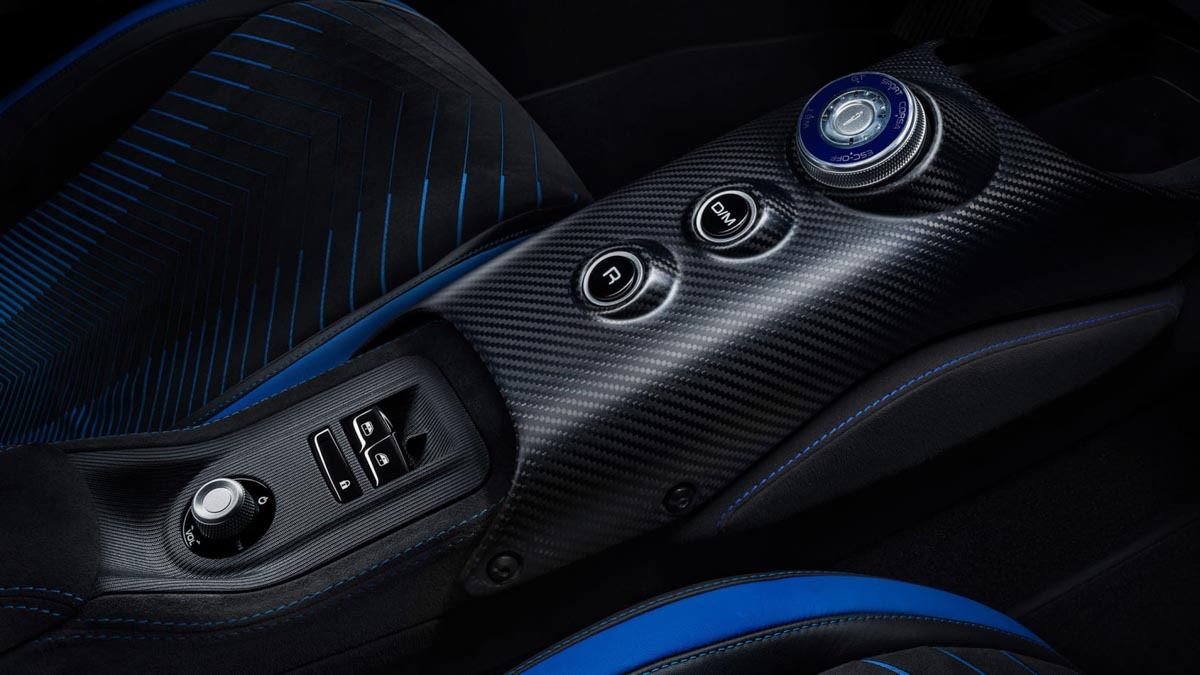 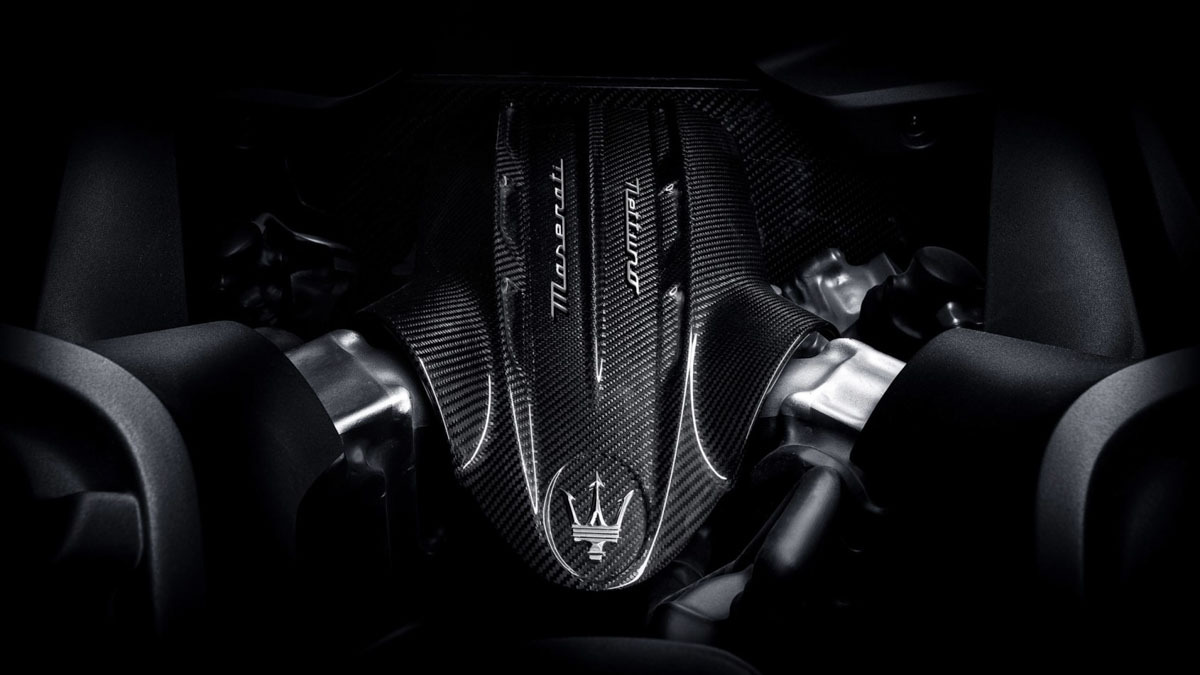 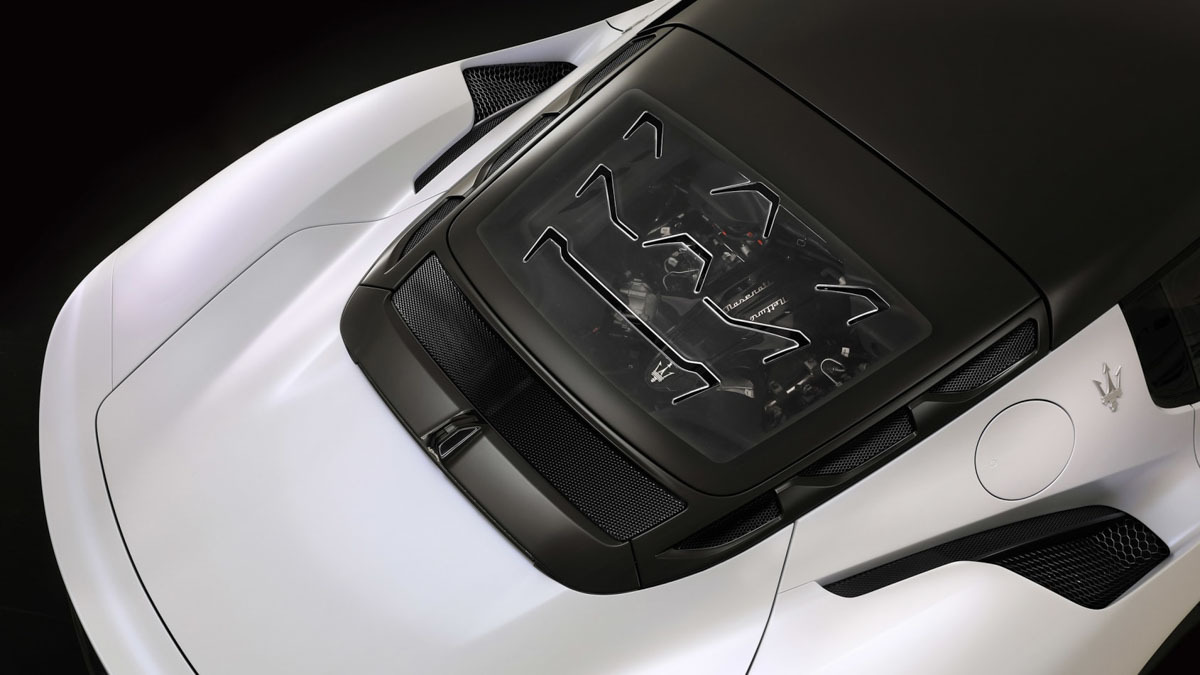 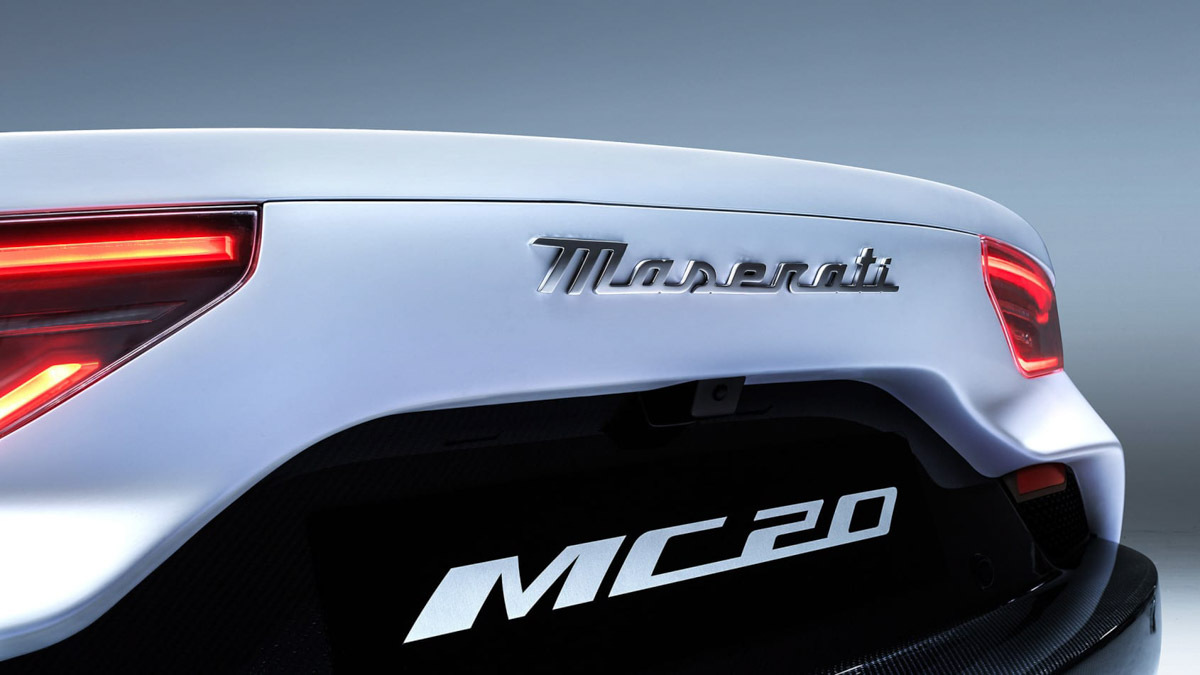 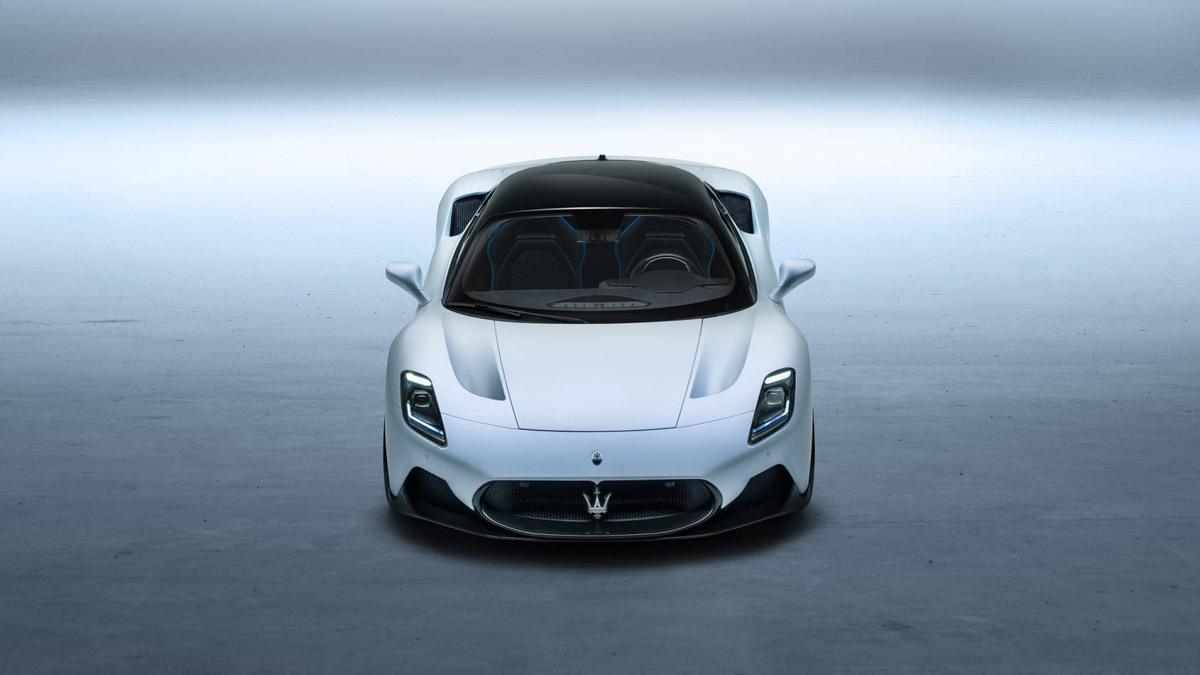 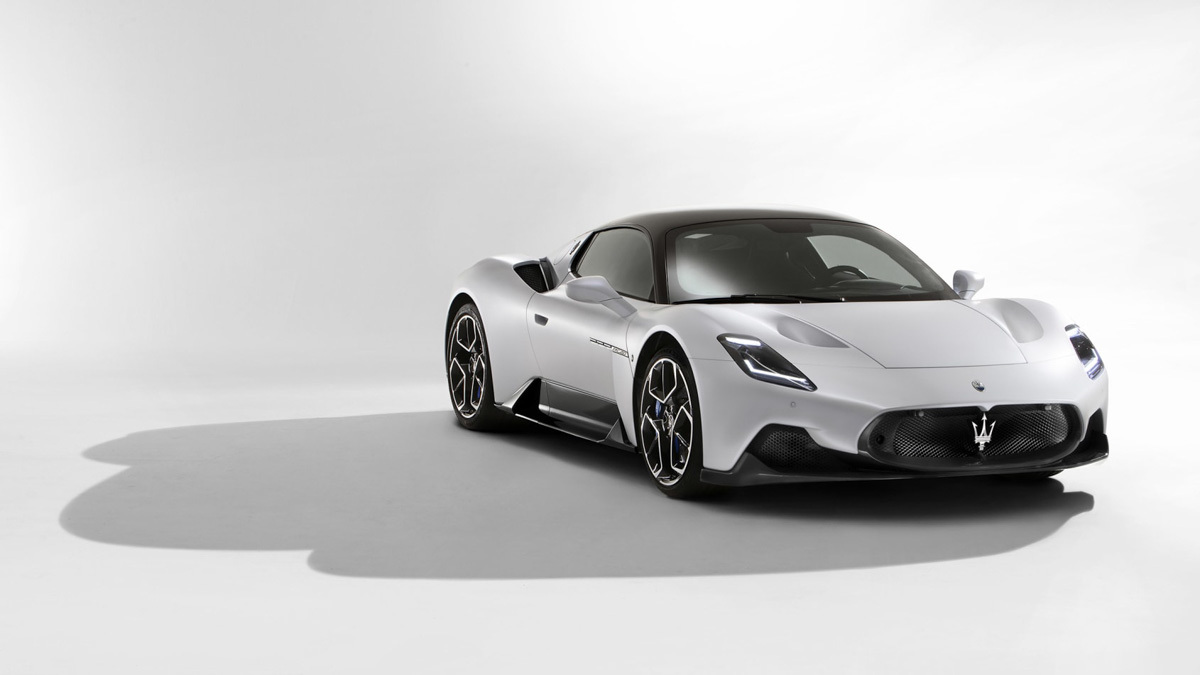 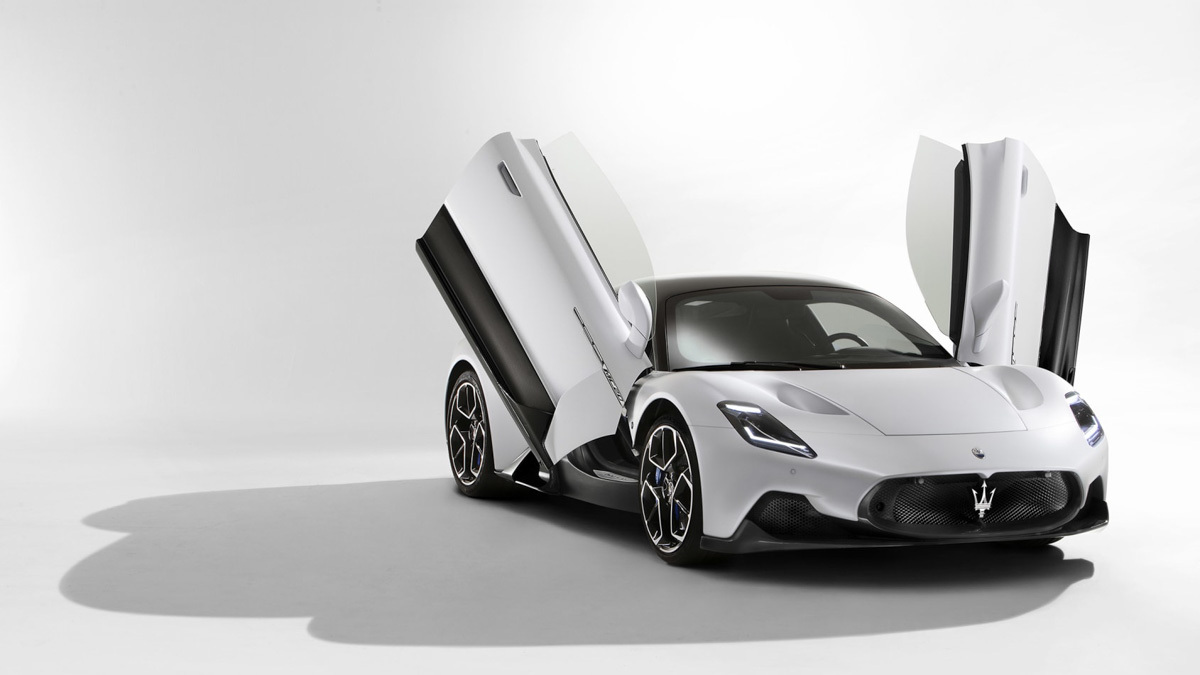 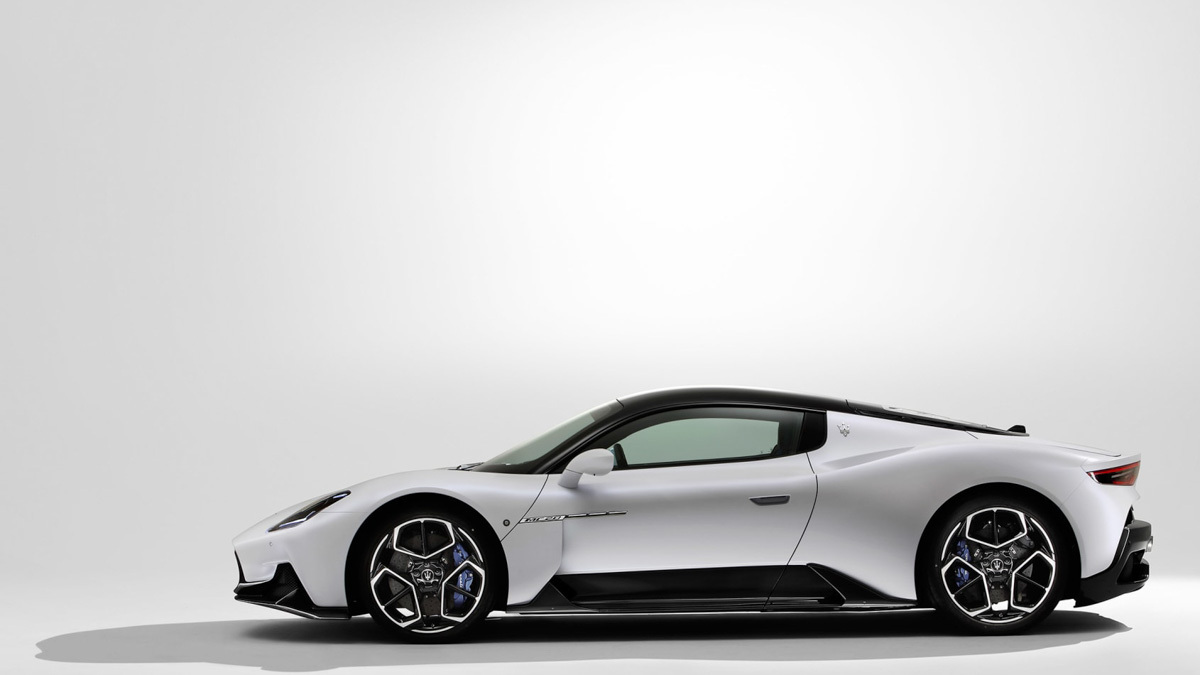 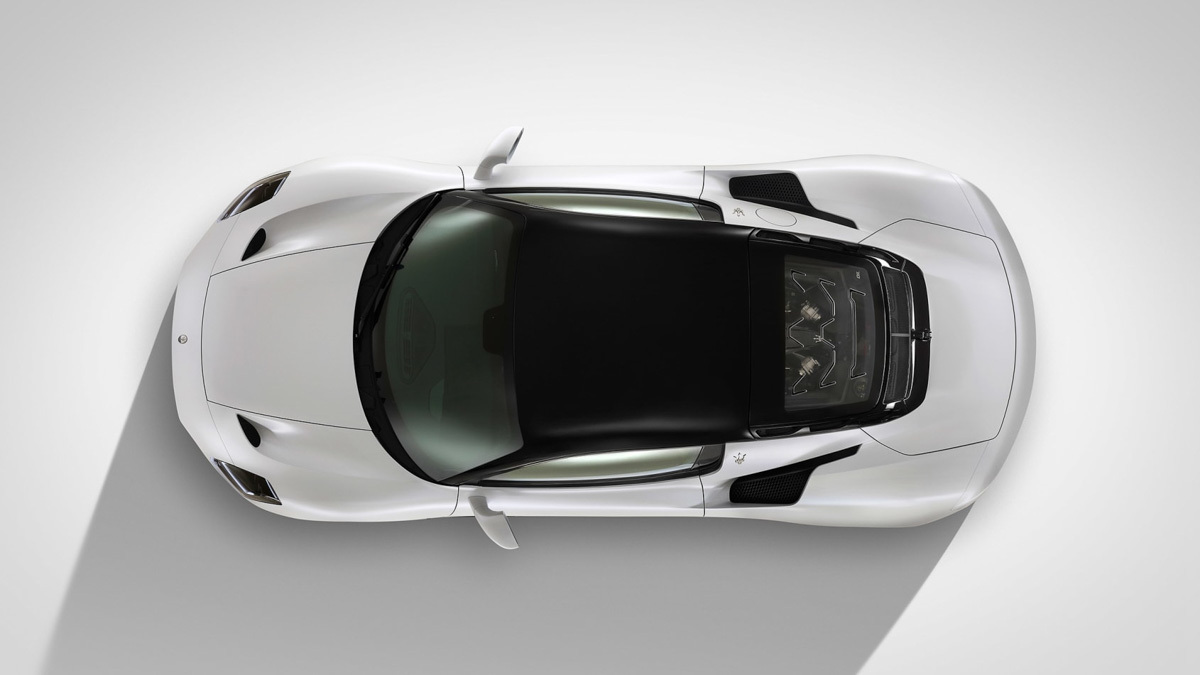 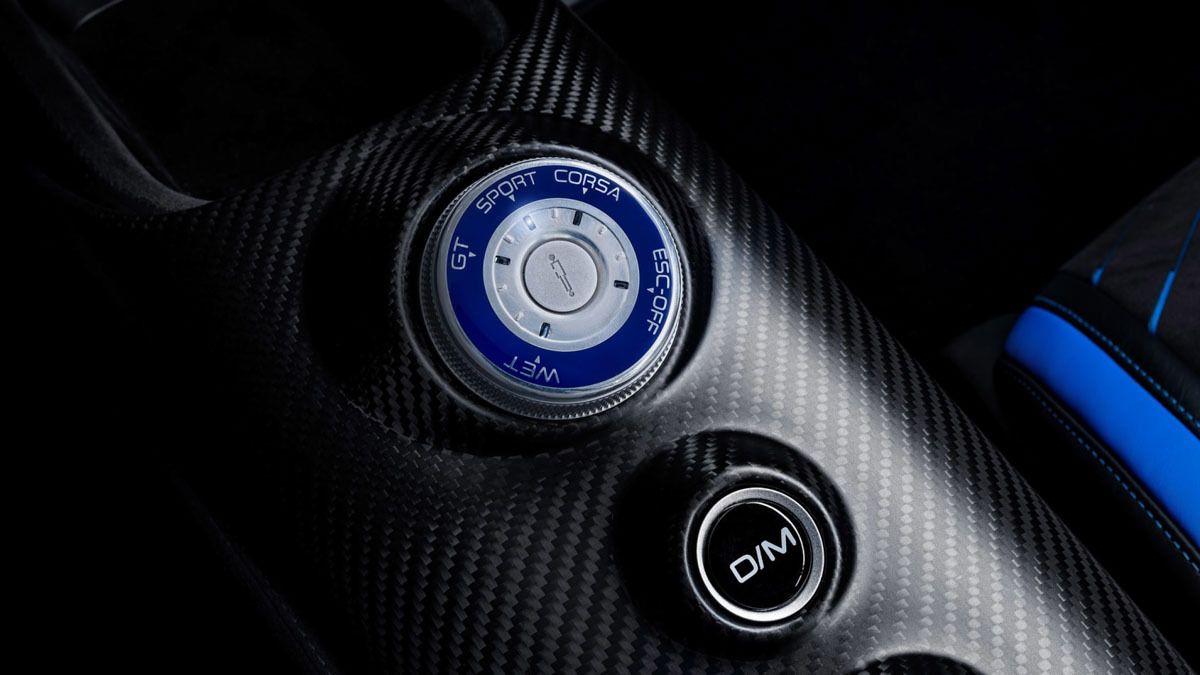 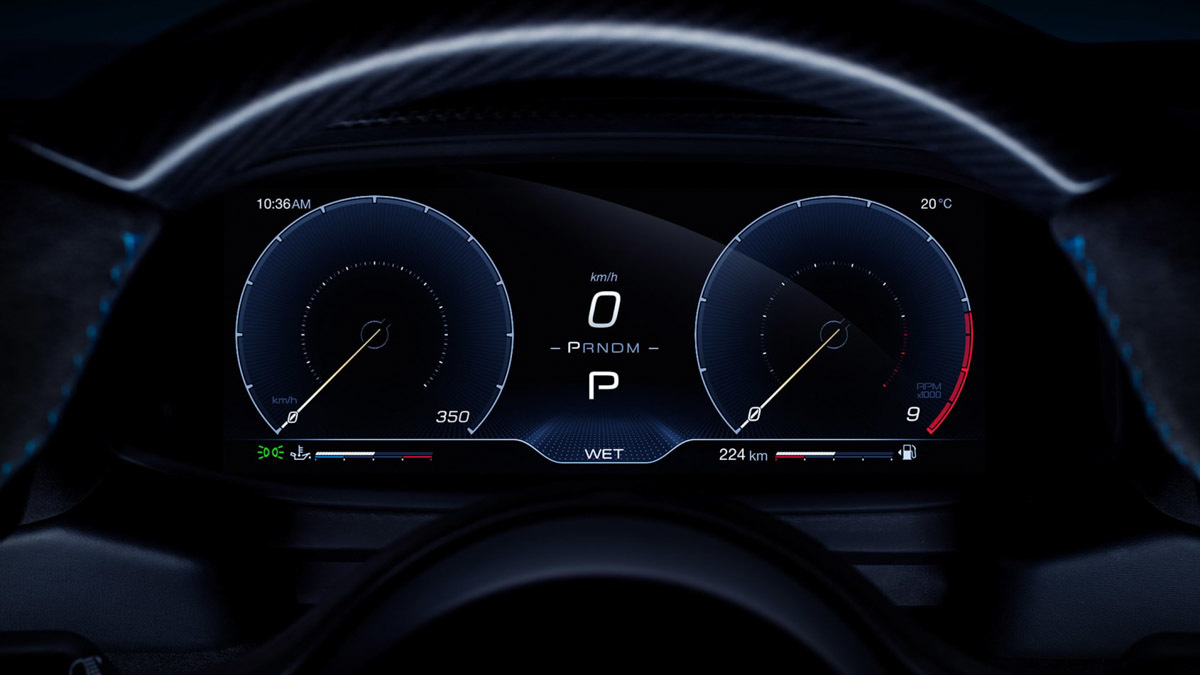 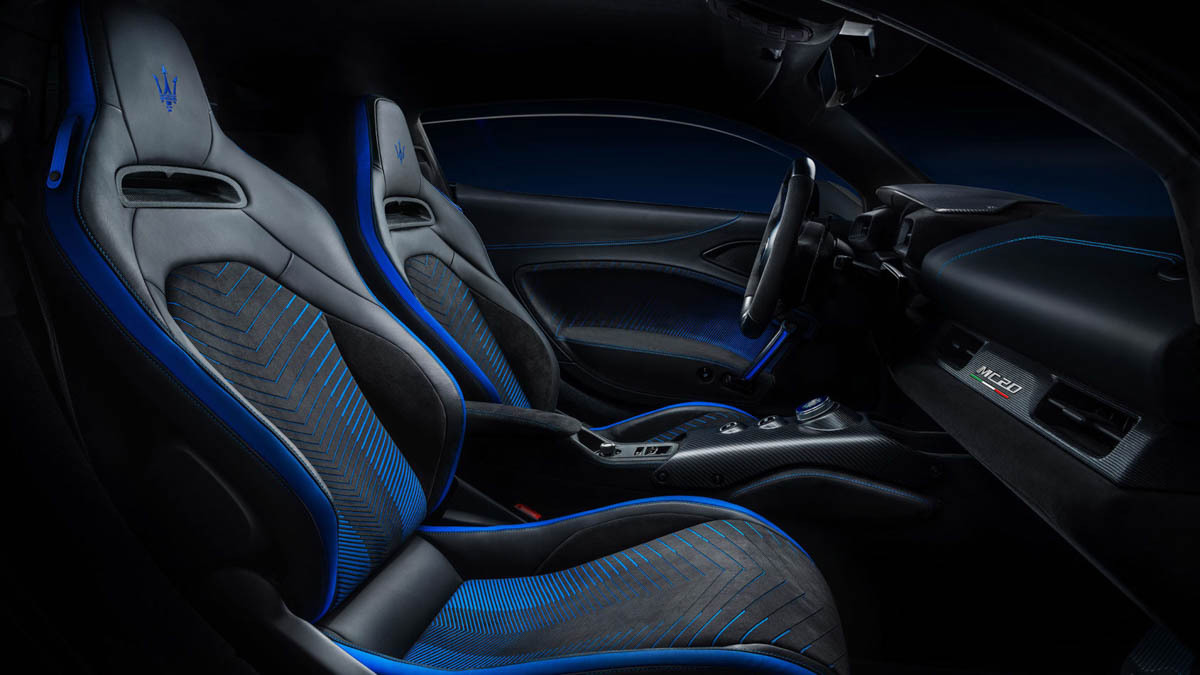 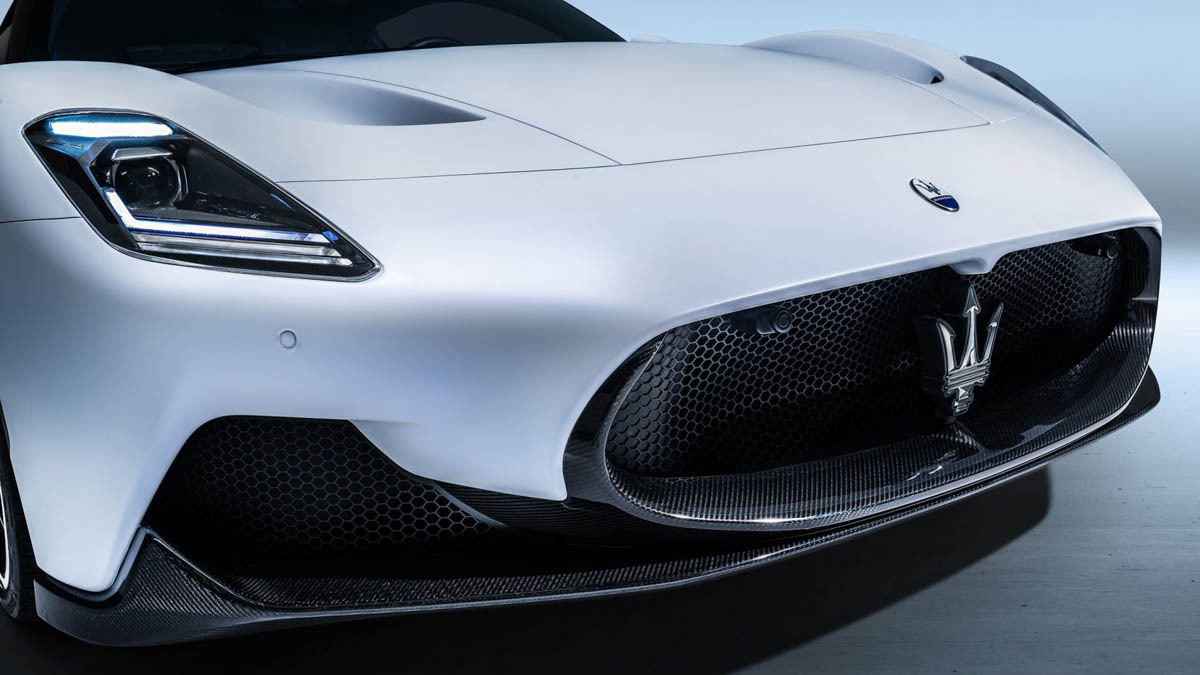 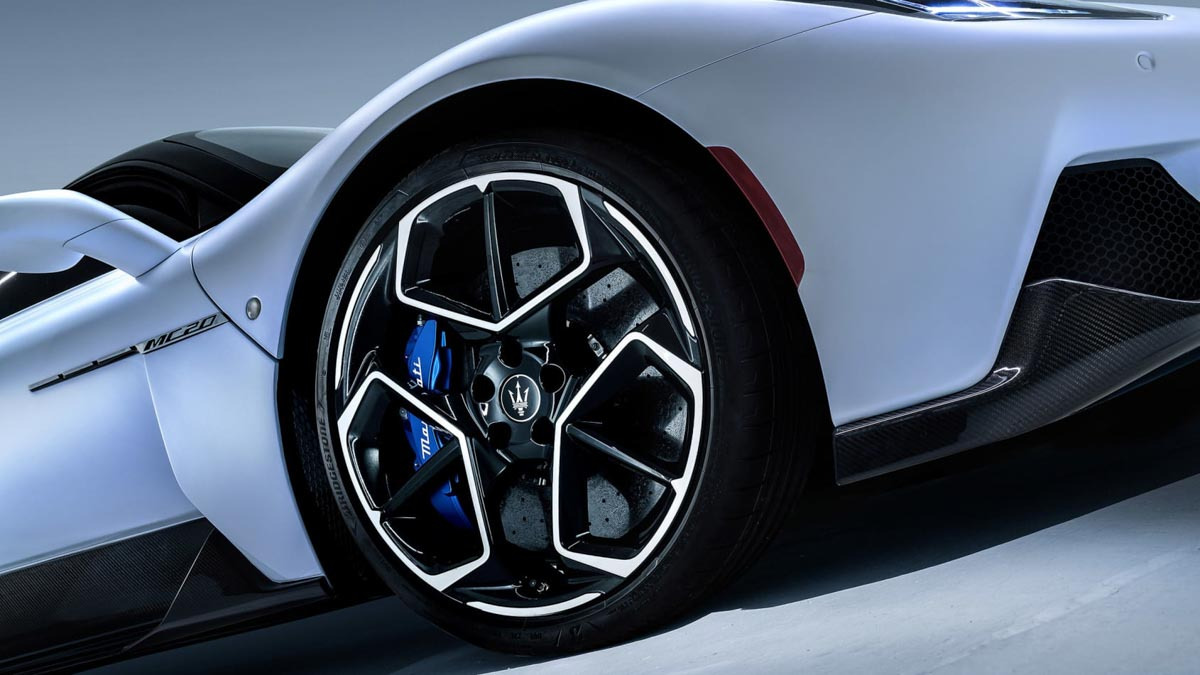 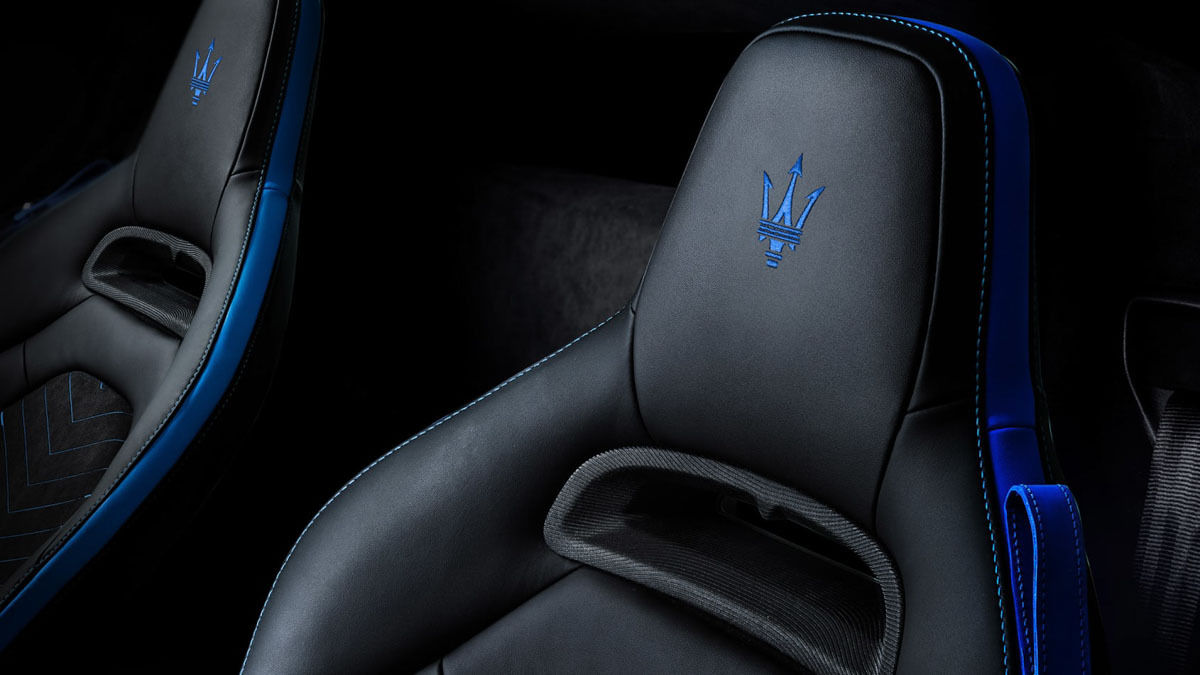 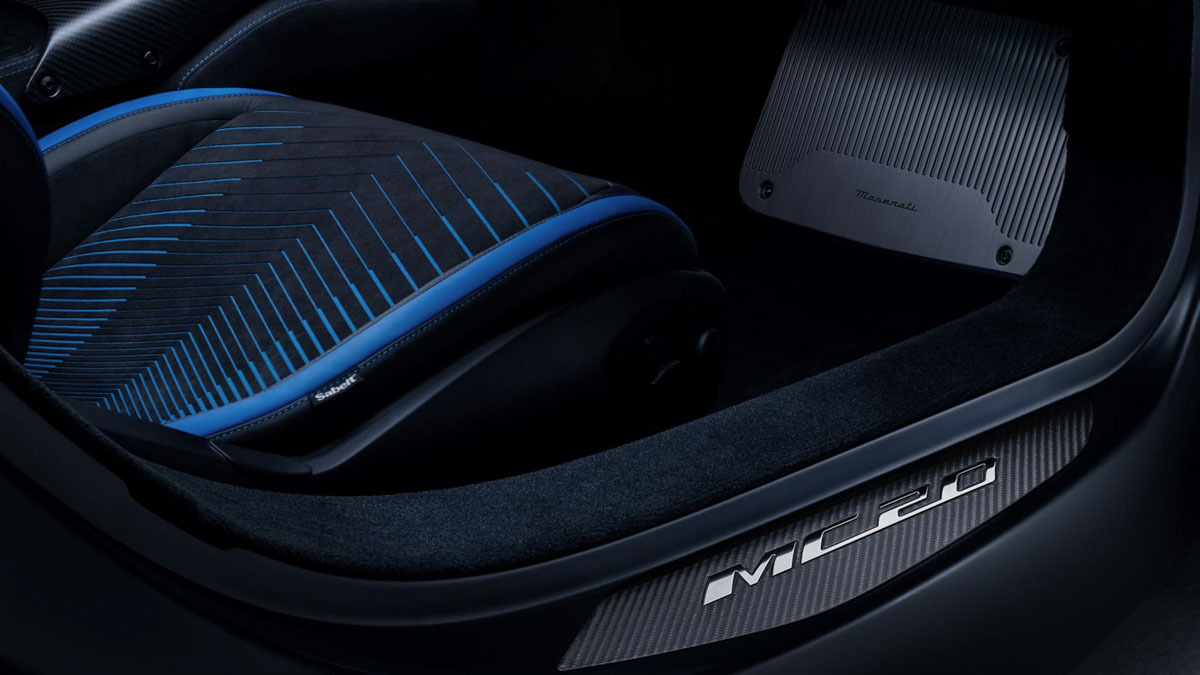 This is the all-new Maserati MC20, a mid-engined supercar that will spearhead the relaunch of Maserati as a top-level luxury and performance brand. Featuring a completely new chassis, powertrain and design language, the MC20 is a big moment for the brand, but promises to be just the start of its next renaissance. This coupe will be joined by a convertible and an all-electric variant in time, rivalling future iterations of McLaren’s next Sports Series, the Audi R8 and high-end Porsche 911s.

The new MC20 not only signals the beginning of a new generation for Maserati, but a sign that the brand itself will be an important part of the new world order between FCA and its merger with French conglomerate PSA. As a brand with over a century of history behind it, this new dynamic between the two motoring giants could finally realise Maserati’s full potential, particularly as it steps out of Ferrari’s shadow now they are no longer part of the same family. It all begins with MC20.

The MC20’s technical story begins with its carbonfibre tub chassis, matching McLaren’s new Sport Series in offering a flexible, rigid and lightweight structure that underpins the package. The chassis itself was designed by Maserati with support from legendary Italian racing constructor Dallara due to their experience of structural carbon, and just as Alfa Romeo did with the 4C, Maserati will also then outsource production of it to Dallara. After a hand lay up process and several hours cooking in an autoclave, the tub will then return to Maserati’s rejuvenated Modena production facility where the car is assembled. The MC20 will be manufactured where the Gran Turismo line once was, and for the first time Maserati will also be painting the bodies in a new on-site facility.

The MC20’s dynamic behaviour is the result of 20,000 hours in the firm’s new dynamic simulator, with 96% of dynamic development taking place in the virtual world. Both the front and rear suspension are double wishbone in design, with each wishbone having a two bottom links and a single top link. Unusual for the MC20 is a ‘semi-virtual’ steering system, which essentially reduces the amount of camber and castor the front wheels experience to reach full lock, keeping more of the front tyre’s contact patch on the road consistent regardless of steering angle – “you can brake until you reach the apex without feeling anything (negative) through the wheel”, is how it was described to us. Maserati quotes the DIN kerb weight at 1470kg, which is on a par with the McLaren 570S.

The ‘Nettuno’ engine is all-new and – for now – only used in the MC20, with a bespoke block, crank and rods. At 3000cc exactly, the 90-degree V6 is twin-turbocharged and rated at an awesome 621bhp, the highest output of any non-hybridised six-cylinder engine currently on the market. Peak power is achieved at 7500rpm, with peak torque rated at 538lb ft between 3000 and 5500rpm.

To achieve these figures, Maserati has employed a range of new technology, led by a new dual-combustion system pioneered in Formula 1 during the 2017 season. The system works in simple terms by priming each power stroke in a second, smaller combustion chamber that then is released into the main chamber, smoothing out the combustion process, thus improving efficiency and increasing power. Interestingly, Maserati confirmed to us this technology will be allowed in the FAI/ACO for endurance racing…

This process is supplemented with a dual-injection system with direct injection taking place under low loads, switching to the more traditional port injection at high load forcing more fuel into the cylinder. It also has twin-spark ignition and a dry sump lubrication system.

The engine powers the rear wheels via an eight-speed wet dual-clutch transmission, with no plans for a manual option, and then through an electronically-controlled rear differential that can split torque by up to 100% to each individual rear wheel. Braking is courtesy of Brembo’s latest second-gen carbon ceramic discs.

An all-electric version of the MC20 will follow the petrol-powered model, with the carbonfibre chassis designed specifically to support both powertrains with little-to-no modification. Specific performance figures have yet to be released, but Maserati promises the MC20 will reach 100kph in under three seconds, 200kph in less than 8.8sec and top out at 322kph. Maserati has also revealed performance figures of the BEV variant, with it hitting 100kph in under 2.8sec while also having a 380-kilometre range.

Alongside the new chassis and powertrain, so too does the MC20 introduce a new design language that less references the past and instead looks to Maserati’s future. Transformed from a simple sketch into a production model in just 18 months, the MC20’s combination of classic Maserati design elements and a more contemporary, technical aesthetic have created what appears to be a handsome car.

Aero devices have been largely kept below the bodywork, with no obvious wings or active aero visible within the bodywork. This is no accident, according to the man in charge of the MC20’s design, Maerati’s Head of Design, Marco Tencone: “A Maserati’s design is more a construction of volumes, rather than surface detail”, Tencone told us. “The carbon (fibre) appears from under the body – the body overlays the carbon. Nothing is for just aesthetics, there’s a strong technical reason behind every line. Having the rear of the car in carbon gives the impression the car is shorter than it actually is” (because the eye focuses on where the painted body finishes).

While Maserati’s typical portholes on the wings have been reimagined as a simple graphic, elements like the concave grille and three-spoke birdcage-like wheel design do successfully mark it out as a modern Maserati. Adding further drama to the package are the butterfly-hinged doors and exposed carbonfibre on the sills and door casings.

The cabin is as cleanly styled and functional as the exterior, with Maserati saying the focus has been very much on achieving the perfect driving position. There’s  a 10.25” driver-display ahead of the steering wheel, and a secondary 10.25” infotainment screen mounted lower down. The MC20’s drive modes are operated from a centrally-mounted mode switch that otherwise dominates the pared-back simple interior design. The MC20 is also a strict two seater, with a 150-litre luggage compartment in the nose and a storage area behind the engine bay. Manually adjustable carbonfibre bucket seats are an option, and the long, finely crafted gearchange paddles – an FCA speciality – are available in either aluminium or carbon.

Maserati has not officially revealed expected pricing, but the specification and performance outputs suggest it will rival junior supercars like the Audi R8, McLaren 570S and high-end Porsche 911 derivatives.

The Maserati’s closest rival in terms of ethos is still to come, with McLaren announcing first details of it’s new Sport Series replacement. Like the Maserati it will feature a carbonfibre tub chassis, twin-turbocharged V6 engine and around 600bhp, but will do so with a hybrid assistance system. Maserati will eventually hit back with it’s all-electric derivative, but regardless, the $200k supercar space is destined to look quite different from now by the end of 2021.