The contenders for the LMP1 title in the 2016 World Endurance Championship have been unveiled, with Porsche, Audi and Toyota revealing their latest, greatest sports cars. Which will prove dominant? And can any of them tickle us as much as the classic Group C sports cars of yesteryear?

Inspired by the latest batch of arrivals, we’ve compiled our Top 10 Greatest Group C Sports Cars. The list is in no particular order, and has been chosen using such scientific criteria as race success, awesomeness of livery and answers to the question “would I have it as a poster on my bedroom wall?”. 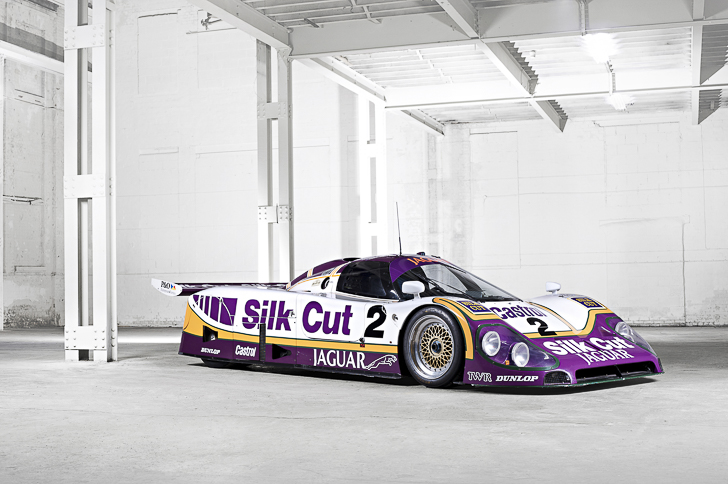 In the late 1980s, Jaguar’s sports car trophy cabinet hadn’t seen a Le Mans victory since 1957. But then in 1988, along came a new challenger. The #2 XJR-9, replete in a now-iconic purple, white and yellow Silk Cut livery slayed the Porsches 962 trio under the guidance of Jan Lammers, Johnny Dumfries and Andy Wallace to send thousands of Brits crammed into the Circuit de la Sarthe into raptures. It’ll forever hold a special place in Jaguar hearts.

By 1990, the age ofJag’s big V12 was coming to an end, with turbocharged V6 cars used for shorter sports car races. But for 24-hour races, a big, reliable lump was needed and the XJR-12 was the final big cat to boast two banks of six under its purple bodywork. But it sent the big 7-litre engine off with suitable aplomb by winning both Daytona and Le Mans in the hands of John Nielson, Brice Cobb and Martin Brundle.