Subaru has unveiled the new 2017 Impreza, in both sedan and hatchback guises.

Still powered by the same four-cylinder horizontally-opposed ‘Boxer’ engine, the new Impreza features a more sculpted body over the predecessor with symmetrical all-wheel drive and the brand’s signature hexagonal grille and ‘hawk-eye’ headlights all featured as standard.

Inside features Subaru’s latest infotainment system, controlled by a large touchscreen and using Subaru’s latest-generation voice control system. The display screen also provides the display for the standard rear vision camera and navigation. The system’s smartphone-style functionality extends to a range of apps that can be downloaded onto users’ mobile devices, which pair up via Subaru Starlink to offer the latest in digital music playing, Bluetooth wireless capability, iPod control, smartphone integration and more. Other functions include weather and traffic updates and news updates.

A five-door hatchback is currently under consideration for the European market. 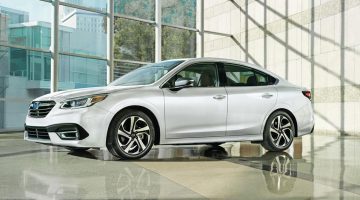