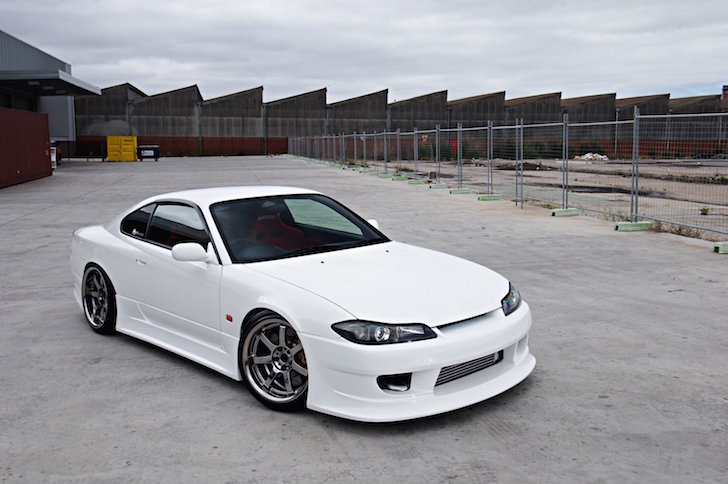 Any of the Nissan 240SX’s (S13, S14, S15) are high up there as a viable option in the drift world, but I’ve homed in on the S15 Silvia model. While only officially sold in Japan, Australia and New Zealand, it was available as a grey import, so there are some scattered about elsewhere. It was available with two engines; a 247bhp 2.0-litre, with a ball-bearing turbocharger upgrade, and a non-turbo 163bhp 2.0-litre variant.

The model was available in Spec-S and Spec-R but let’s just say go for the Spec-R – this one added a six-speed manual gearbox, larger anti-roll bars and strut bracing for added strength, as well as limited slip differential, over the Spec-S.