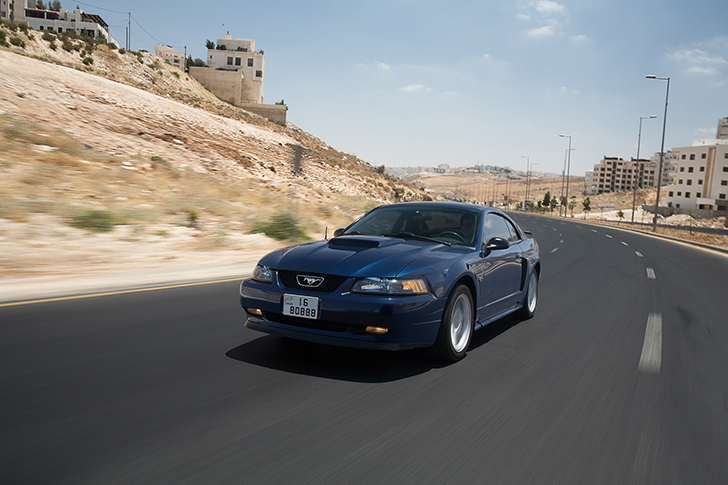 Thanks to its appearance in Tokyo Drift, the Ford Mustang is becoming more widely recognised as a popular drift machine – especially in the U.S. We all know Mustangs are and always have been rear-wheel drive (until that Time Ford tried to release a front-wheel drive model, which thankfully they didn’t) which is a good start for any drift car.

The fourth-generation model, in production from 1994-2004, is a good option as it’s still pretty affordable. And, if you’re going to commit to buying one of these, it has to be the V8, surely. For this generation, the V8 option was the overhead camshaft 4.6-litre, which, from 1998, boasted 225bhp. And, naturally, being American muscle, the power is there but it is a bit weighty, so weight loss is a must – not for you, for the car – who needs door cards anyway?!