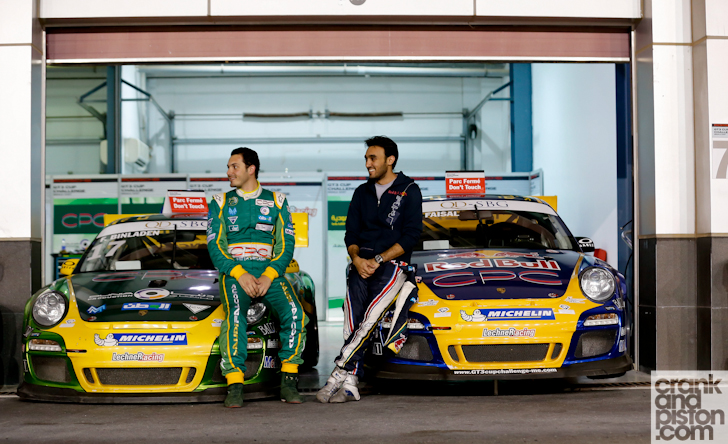 It’s been a mixed year for The Saudi Falcons. Although leader driver Abdulaziz Turki Al Faisal has relinquished the Porsche GT3 Challenge Cup Middle East to Gold Cup rival Clemens Schmid, and The Falcons themselves have lost out in the team standings to Al Nabooda Racing, the Saudi Falcons still secured Silver Cup honours with Faisal Binladen, two outright victories at the second round in Abu Dhabi and were still in with a shout of cleaning up as the series entered its finale in Bahrain. 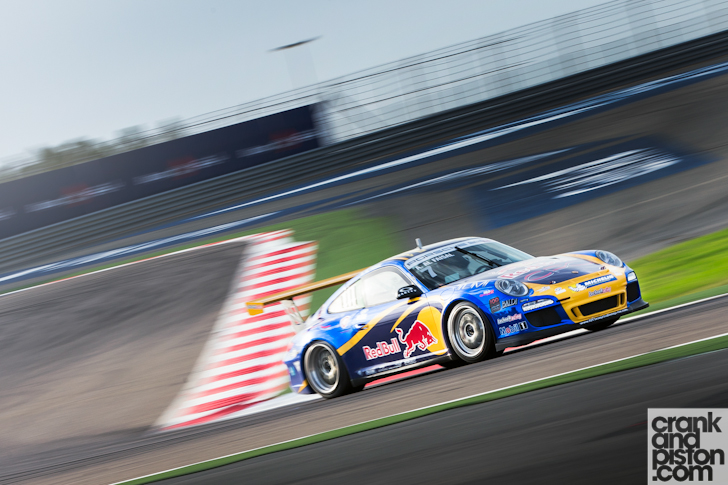 Not that any of that came easily of course: motorsport is nothing if not unpredictable, after all. Indeed, when crankandpiston caught up with Saudi Falcons drivers Abdulaziz Turki Al Faisal (a reputable Red Bull athlete in his own right) and Faisal Binladen, both agreed that the 2012/2013 Porsche GT3 season in the Middle East had been a successful one in one way or another.

“I think the year went really well,” explains Abdulaziz, keen to get the ball rolling on our conversation. “Second in both the drivers’ and the teams’ standings is a good outcome for us. Maybe we lost track a bit in the second half, but that’s why it’s very difficult to win a championship: you need the consistency to be there throughout the whole season. I think though it was the best outcome we could have had, especially with all the circumstances that we’ve been through.”

But more on that later. 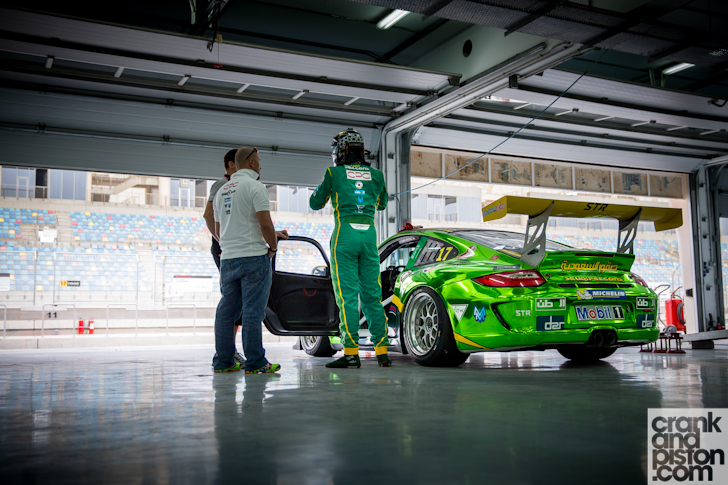 Certainly the-then reigning Champ’s title defence started promisingly at round one, Abdulaziz (or ATF as he’s known to his fans) with two second place finishes around the tricky Bahrain International Circuit. The plaudits though, as they would for all but three of the races this season, went to Al Nabooda lead driver Clemens Schmid at Sakhir. As ATF explains, the pace of the UAE-based squad has certainly been difficult to ignore this year.

“Yes, Al Nabooda was clearly working hard to try and beat us. In the second half of the season in particular, they were just so much quicker than we were. I’m not sure if it’s something to do with the car, or the setup, but in the end we couldn’t maintain the same pace. And it’s clearly it worked in their favour. Here and there, we were not scoring as many points as perhaps we should have been, and were it not for that I think it would have been really close at the end of the season. But we should still be happy with our results.” 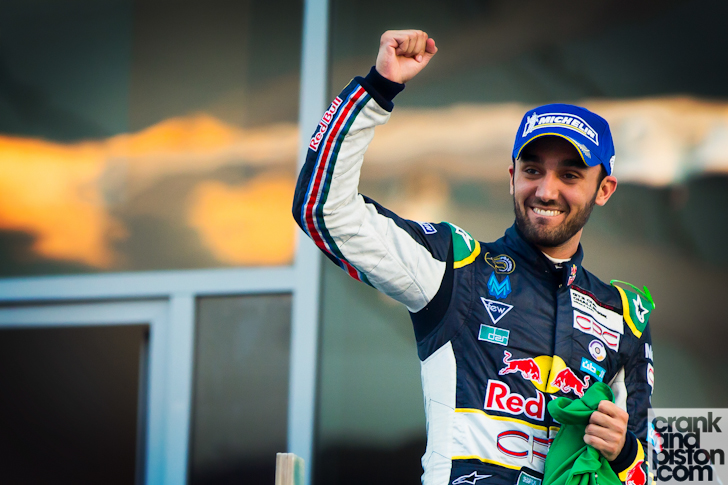 Two wins for Schmid had the Austrian’s title campaign well on-course early on. Things would change significantly though when the series hit the second round in Abu Dhabi. Having already secured pole position, ATF would go onto secure two back-to-back victories of his own.

In what would turn out to be a disastrous event for Al Nabooda, Schmid would coast to a halt just five laps from the end of race one with gearbox issues. Knocked into a spin in race two, after starting at the back, a hardfought second place was not enough maintain the Austrian’s lead in the standings, dropping as he did behind both ATF and teammate Karim Al-Azhari. Advantage Falcons.

“Those wins felt very satisfying,” explains Abdulaziz. “The team did a good job and the car just worked really, really well. We were so strong during qualifying and the races that the weekend is definitely the highlight of our year.” 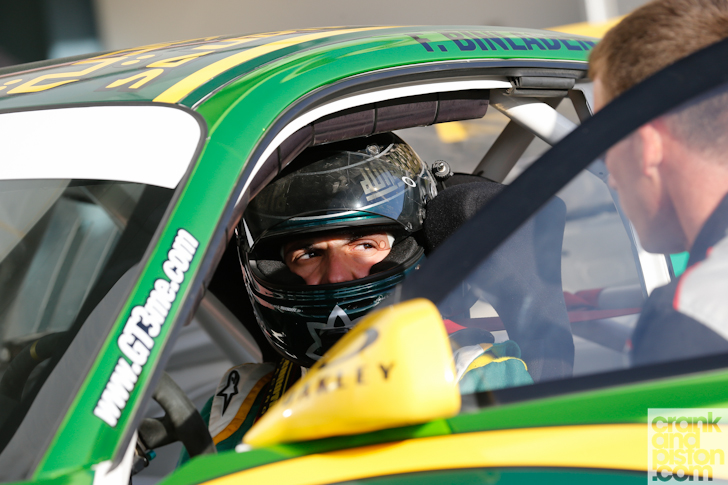 Faisal grins at this point, though slightly ironically. A great result for his team no doubt, but the Saudi’s own season in the Silver Cup – his first in three years after studying in London – had got off to a rocky start. Unable to match his illustrious teammate’s speed in Bahrain and problems in qualifying left Faisal battling at the tail of the field in Abu Dhabi. A pair of sixth place finishes (one in Abu Dhabi, the other in Dubai) for the #17 Saudi Falcons GT3 was as good as it got in the opening three rounds.

“Yes, it was pretty rough,” Faisal explains. “In free practice in Abu Dhabi I was posting good times and was getting quicker. But then when it counted nothing happened, which was very frustrating. Of course that just caused more frustration, and the more, and soon I was just waiting for the weekend to finish.” 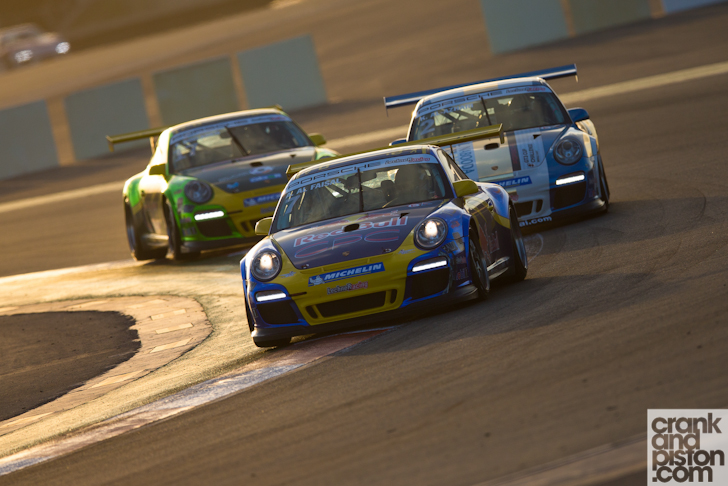 Faisal fared little better at round three at the Autodrome, despite several fighting drives demonstrating his potential. While ATF spent both races in Dubai locked firmly to Schmid’s rear bumper, daring him to make a mistake, Faisal was busy fending off Silver Cup challengers Christina Nielsen, Team Bahrain drivers Mohammed Mattar and Raed Raffii, and Zaid Ashkanani in the midfield. Both the dearth of competition in the Silver and Bronze Cups was a point of note as the season progressed.

“In Abu Dhabi, because I had problems in qualifying and started from the back, I had to overtake about three or four of the Bronze Cup drivers, and I didn’t expect it to be as difficult as it was. Their race pace was so good, and it took me three or four laps to overtake them. I had not expected that. There was Manfred Ender” – who would go on to secure Bronze Cup honours – “Charlie Frijns, Hannes Waimer, and the Haribo car. I’m sorry I can’t remember his name!” – that would be Hans Guido Riegel, Faisal – “They were all so fast. Thank God for Reem!”