The Porsche 911 Turbo S Cabriolet is hugely capable, but remains a compromise over the hardtop 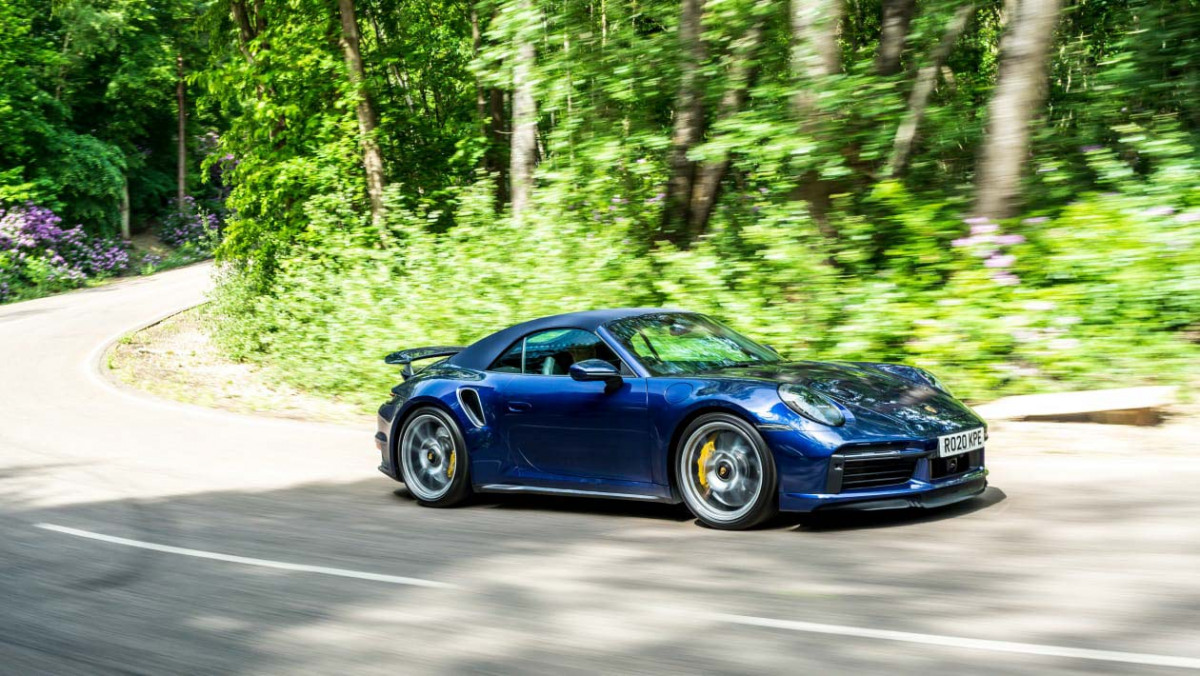 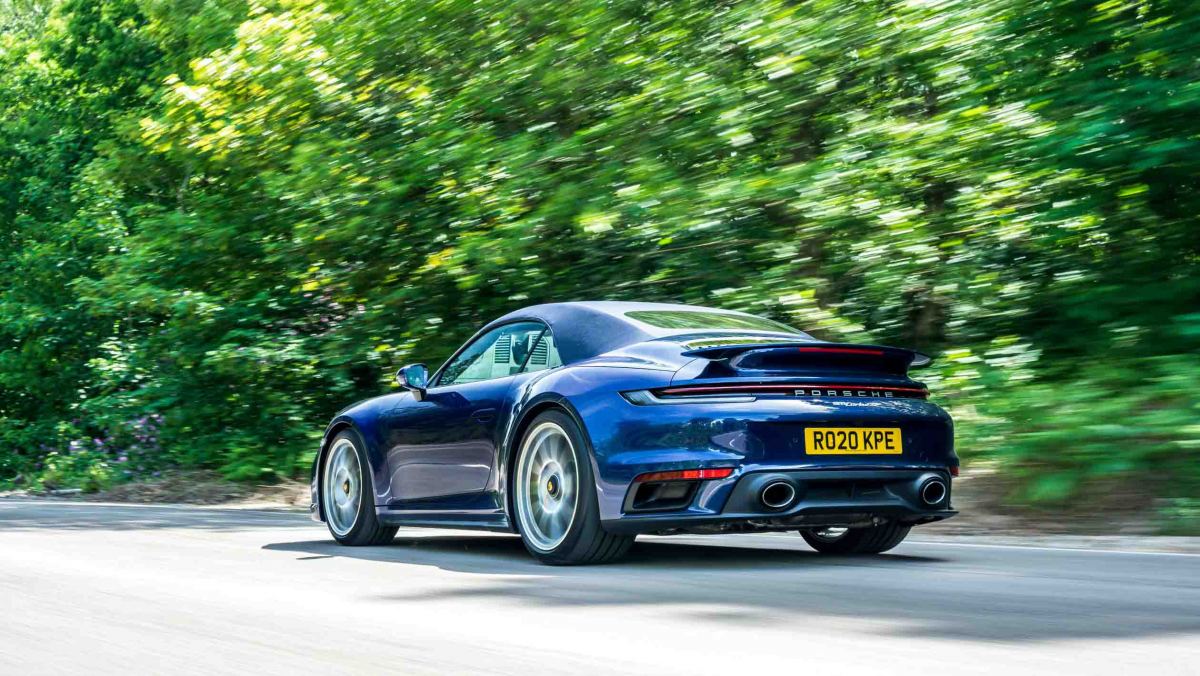 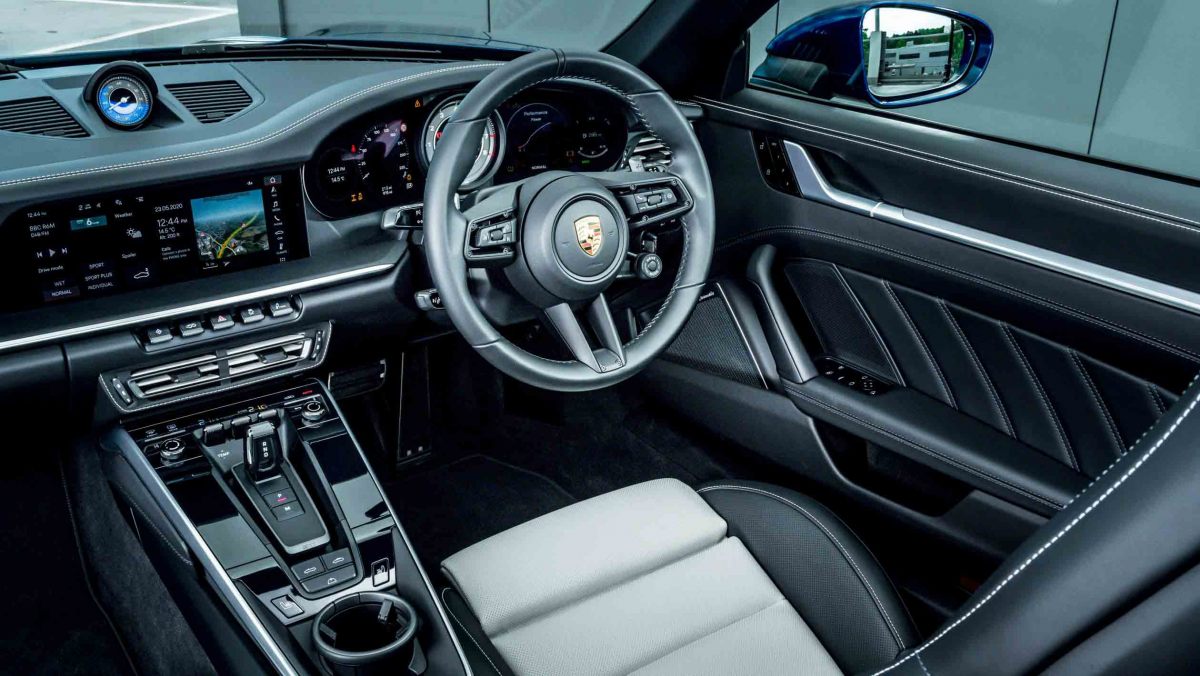 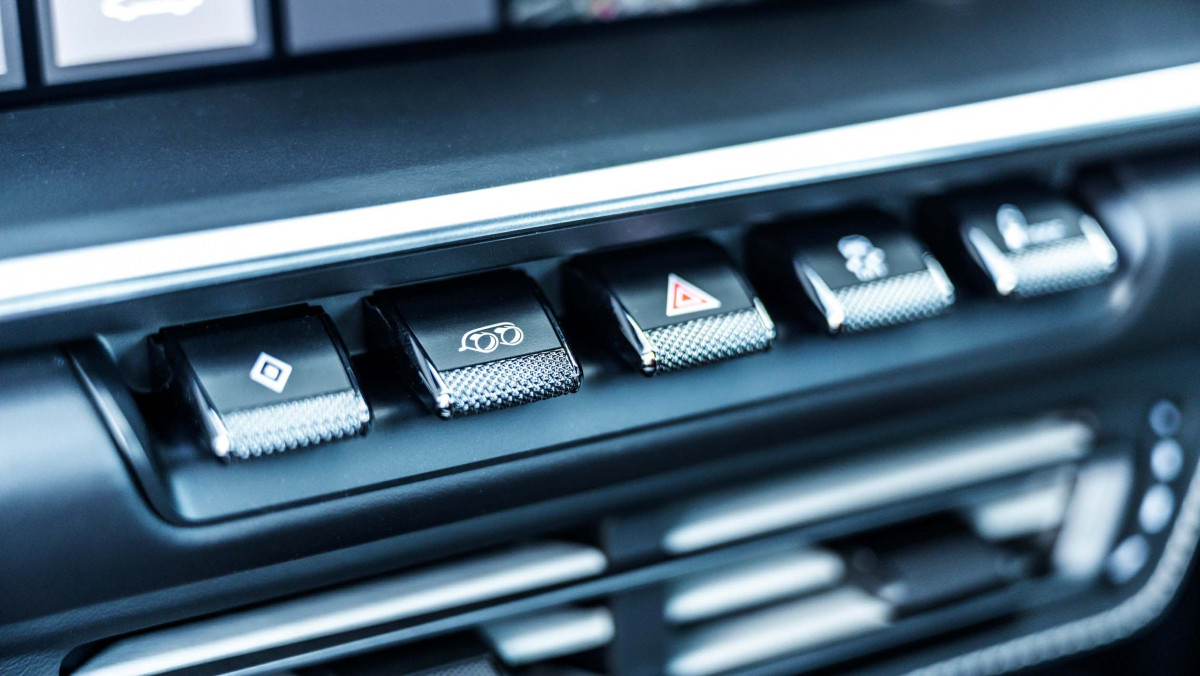 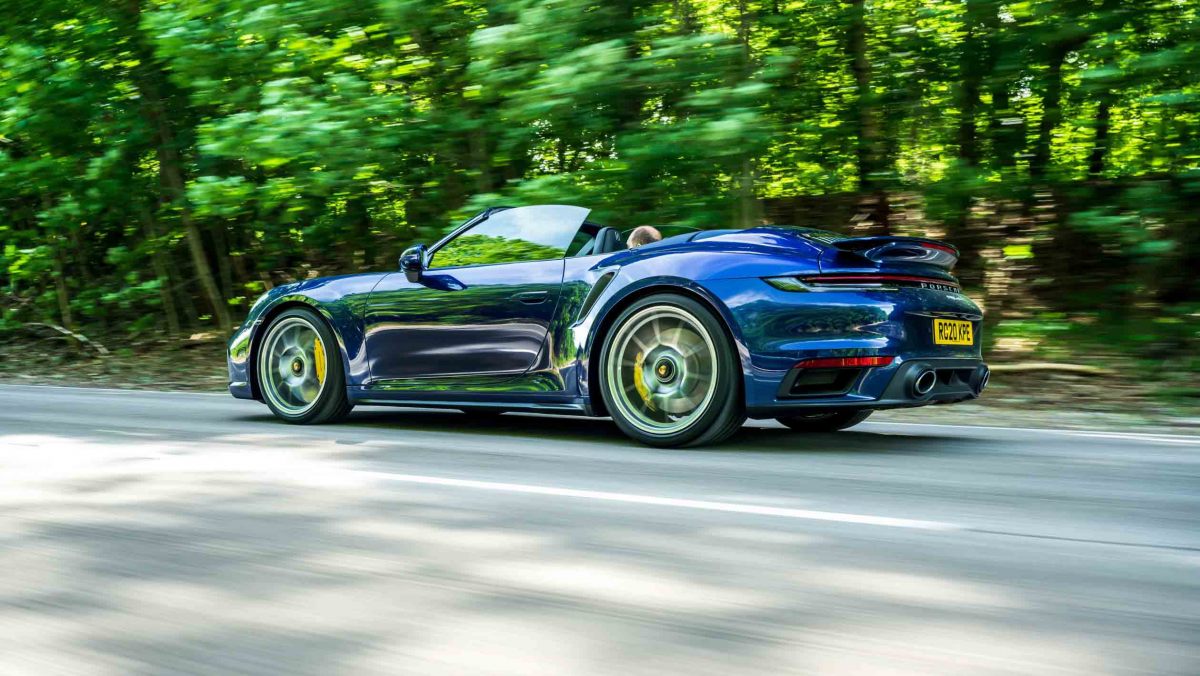 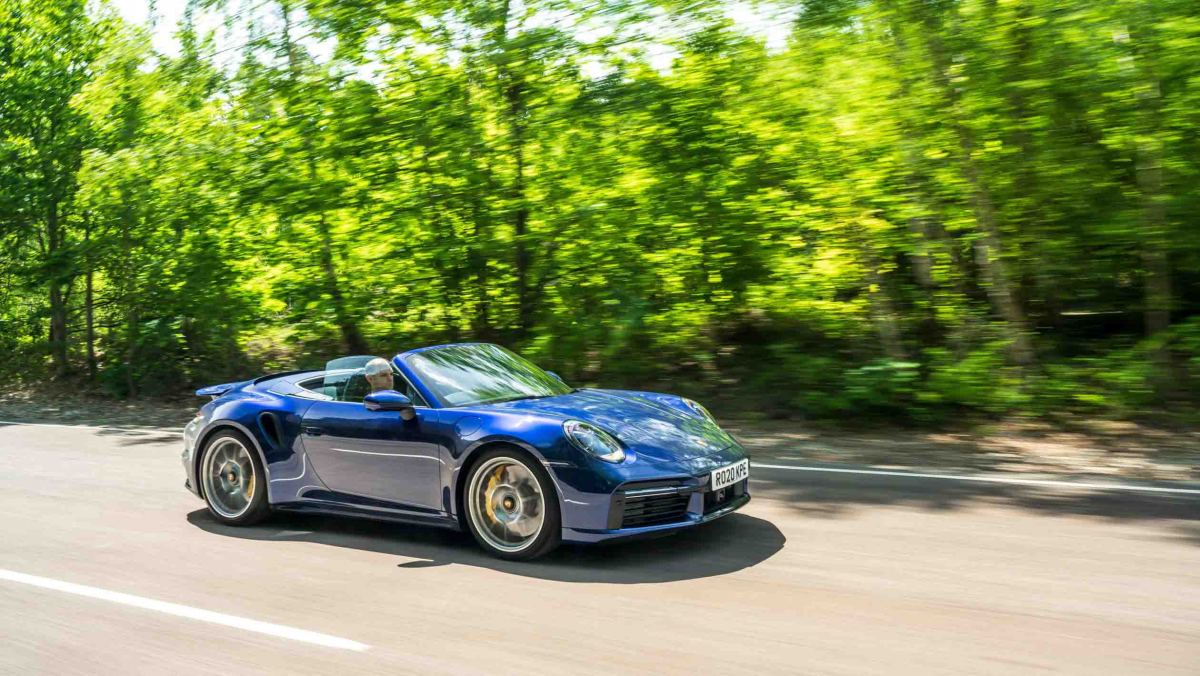 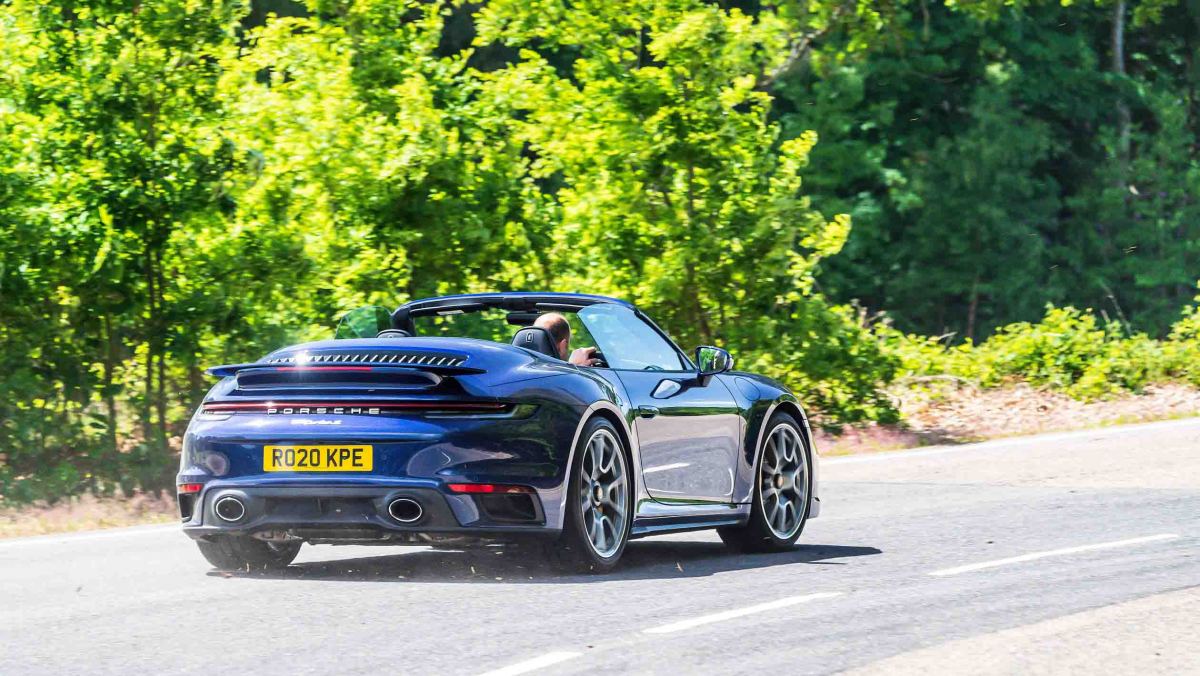 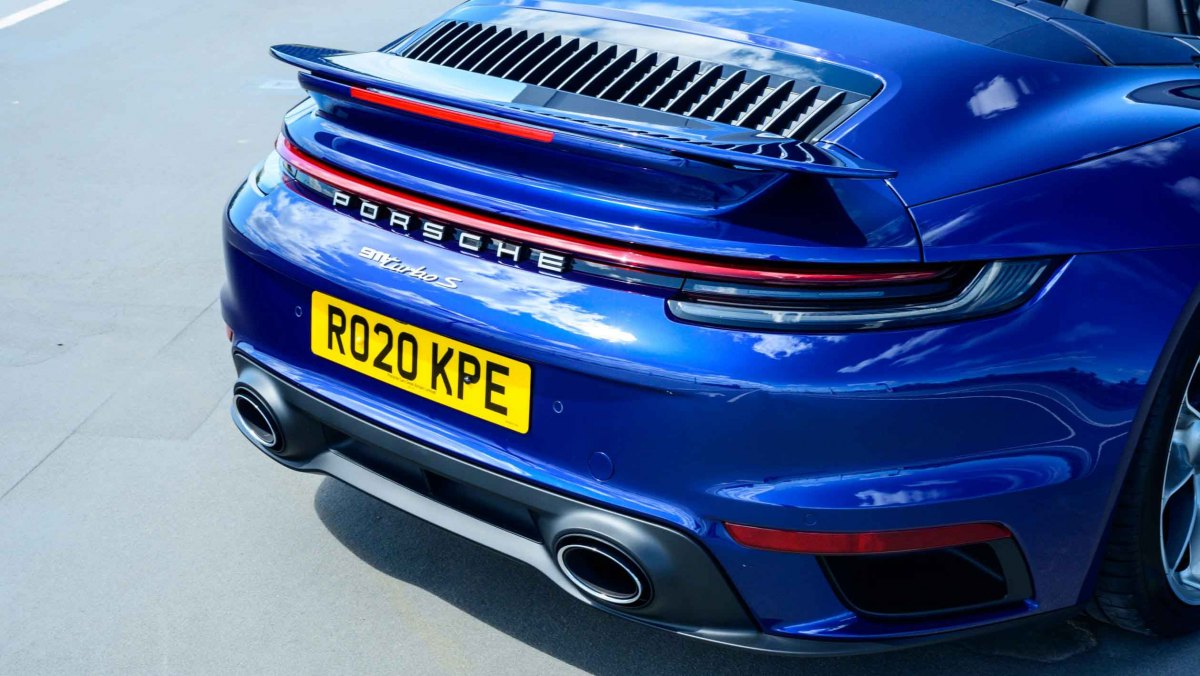 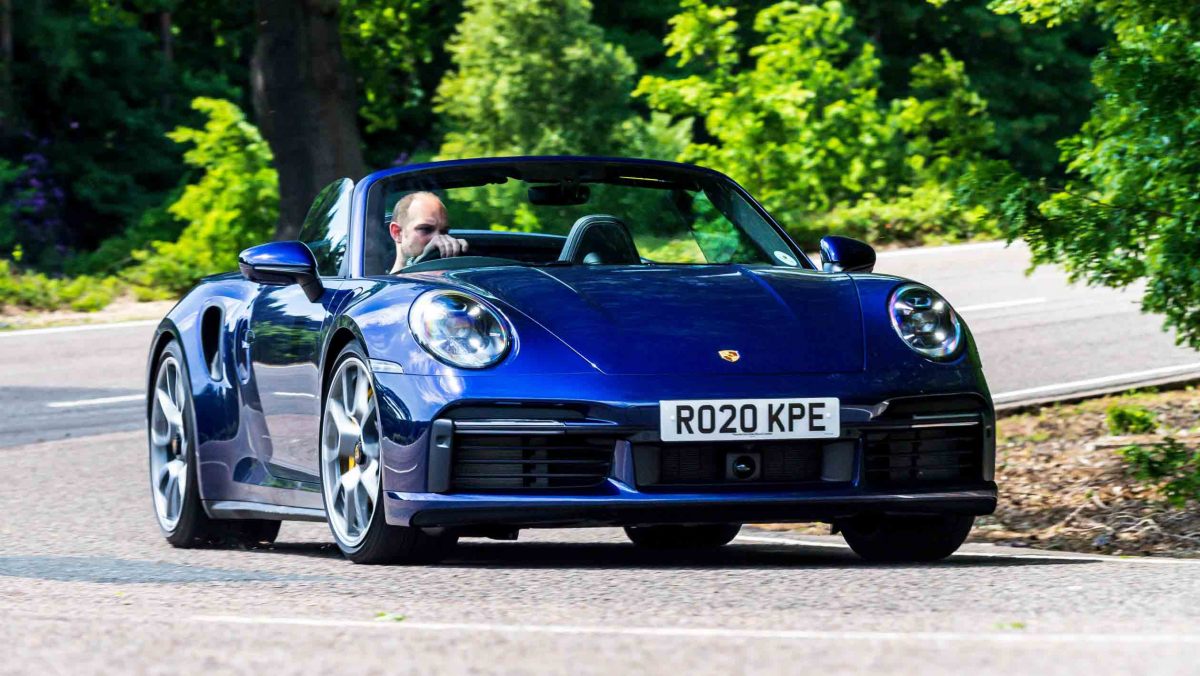 Funny old car, the Porsche 911 Turbo Cabriolet. It doesn’t matter whether it’s a 930 in the late ’80s or a more recent 991, to those in the know it takes a car that’s structurally compromised and then throws an indecent amount of power at it, and in return for a whole heap of cash you get a machine that rarely delivers true driving satisfaction. Yet for those who simply see two plus two as always equalling four, it can be their ultimate 911 – the Porsche with added chocolate sauce, sprinkles and a cherry on top. The ultimate excess.

Which brings us to the new, 992-generation Turbo S Cabriolet, the figurehead at least in financial terms of Porsche’s non-GT 911s. It costs from $235,592 and offers 641bhp in a 911 with a canvas roof, along with the ability to travel from zero to 100kph in just 2.8sec while topping up your tan.

As you may have read already, we were blown away when we tried the coupe 992 Turbo S; it’s the first Turbo in a good while that really puts the sub-brand back on the map, offering a driving experience somewhere between a Carrera GTS and a GT3, but with the most incredible speed and long-distance touring ability, too. In other words, it’s everything a true 911 Turbo should be. The question is, can Porsche’s engineers really work the miracle and make this roof-chopped version equally as impressive?

Hell hath no fury like a 992 Turbo S fully lit. The official time may well be 2.8 seconds, but you wouldn’t question if it was actually even quicker to 100kph. More rewarding still is the way the torque makes overtaking hilariously effortless. You see a gap, squeeze the throttle, anticipate whatever lag might be there based on gear and revs, and then feel an invisible giant’s hand swat the car forward, leaving other traffic simply a dot in the rear-view mirror.

Nevertheless, the extra kilos are just enough to take the edge off the Cab’s responses compared to the coupe’s. There’s a definite sense of it taking an almighty gulp, of filling its lungs and marshalling the mass into action, before the kick arrives.

Weighing an astonishing 1710kg, it’s a figure that frankly seems completely alien when talking about a 911. But that’s what happens when you swell it to 1900mm wide, give it an eight-speed twin-clutch gearbox and nearly 600lb ft of torque, remove the roof and then make the remaining shell strong enough that it doesn’t wobble around under the subsequent forces like a damp sheet of newspaper subjected to a stiff breeze.

This S model features 20-inch front and 21-inch rear wheels, shod with 315/30 rubber on the latter. Just imagine the forces being put through the structure from those alone. Then factor-in the 590lb ft from just 2500rpm… In that sense, the fact that the Cab weighs only 70kg more than the coupe, yet boasts of impressive rigidity and a fully electric roof mechanism, is something of a triumph.

As with any 911, it’s possible to convince yourself that the Turbo S Cabriolet is an entirely rational choice. It’s roomy and offers every modern comfort and infotainment option you could possibly wish for. It also has two reasonably sized rear seats, certainly adequate for youngsters, which immediately makes it a viable option for a much greater slice of the market.

Add in the smooth, almost seamless shifts from the latest PDK gearbox, exemplary refinement with the roof up and controlled airflow management with it down (even before you raise the electric windbreak), and the Turbo S rapidly – and bizarrely – becomes the automotive equivalent of your favourite old trainers. It’s familiar, comfortable; it just works. And then you pull the pin…

The handling is benign when you’re just mooching around, but gets a lot more lively when you up the pace. Suddenly you’re well aware of that weight on the move. Sure, Porsche has thrown every engineering solution it has at the Turbo S to disguise that, and it works well.

There are PDCC active anti-roll bars, rear-wheel steering, and the latest version of the firm’s four-wheel-drive set-up. Traction is immense, stability and braking (from 420mm carbon-ceramic discs on the front axle!) unimpeachable. But given how quickly the Turbo can arrive at a corner, an understanding of the physics at work is important: get on the power too early and there’s pronounced understeer; hit an undulating patch of road and, while the Cab is impressively rigid, its suspension has to work very hard.

In fact, you may need to switch to the firmer damping mode (our test car has the 10mm lower sports version of the PASM adaptive suspension) just to get some clarity on what the car is doing, and put up with a more agitated ride along with it.

In other words, the Turbo Cab demands to be driven in a traditional 911 way: exploit its powers of braking, get it turned, and get hard on the power as soon as possible, the torque and traction matrix practicality wheelieing the front wheels.

Ultimately it still feels slightly unnecessary having such thunderous performance in a 2+2 Cabriolet, but for the market it’s intended for, you have to say Porsche has done a thoroughly decent job.

That unending question of whether a Porsche 911 could ever really be considered a supercar perhaps comes a little undone when talking about the Turbo S, something reinforced by its very supercar-like $235,592 price point.

You do get plenty of content for your cash though, and drop-top versions of the Ferrari F8 and McLaren 720S are now a solid $83k or so above this top-level 911, making its comparable performance seem like almost good value.

The great boon of a 911 Turbo, however, is its appeal as a fast daily driver and in that space the recently updated Ferrari Portofino M operates at the same price point as the Porsche – so too the admittedly bigger Bentley Continental GT Speed Cabriolet.