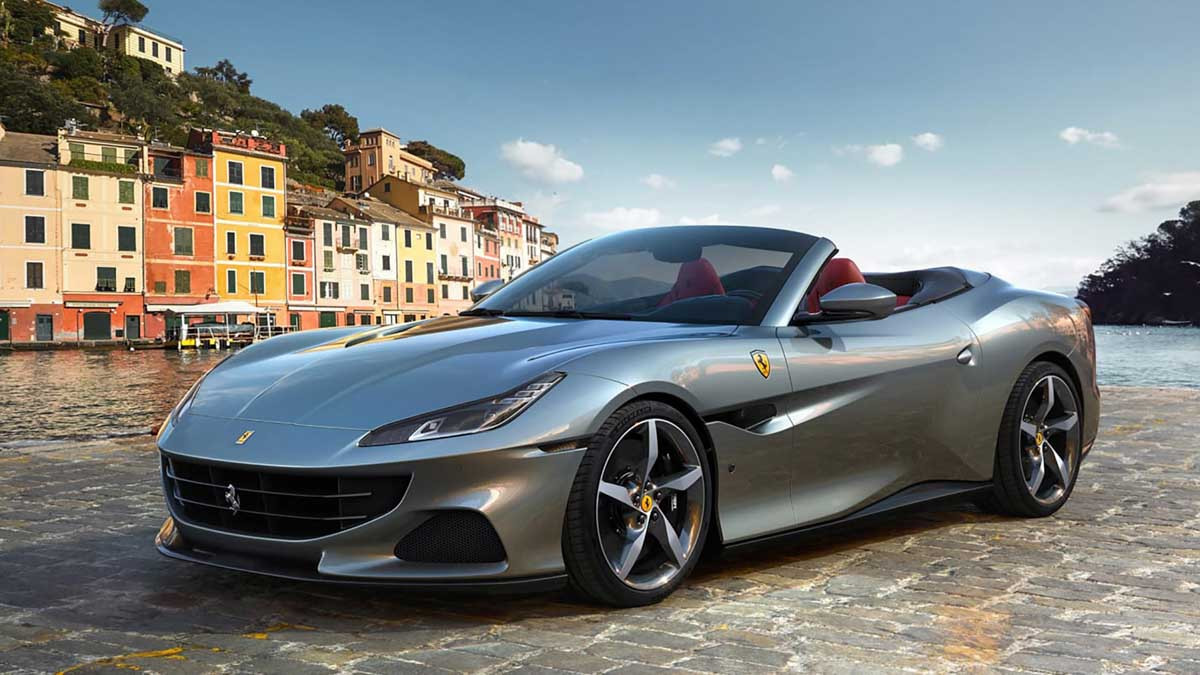 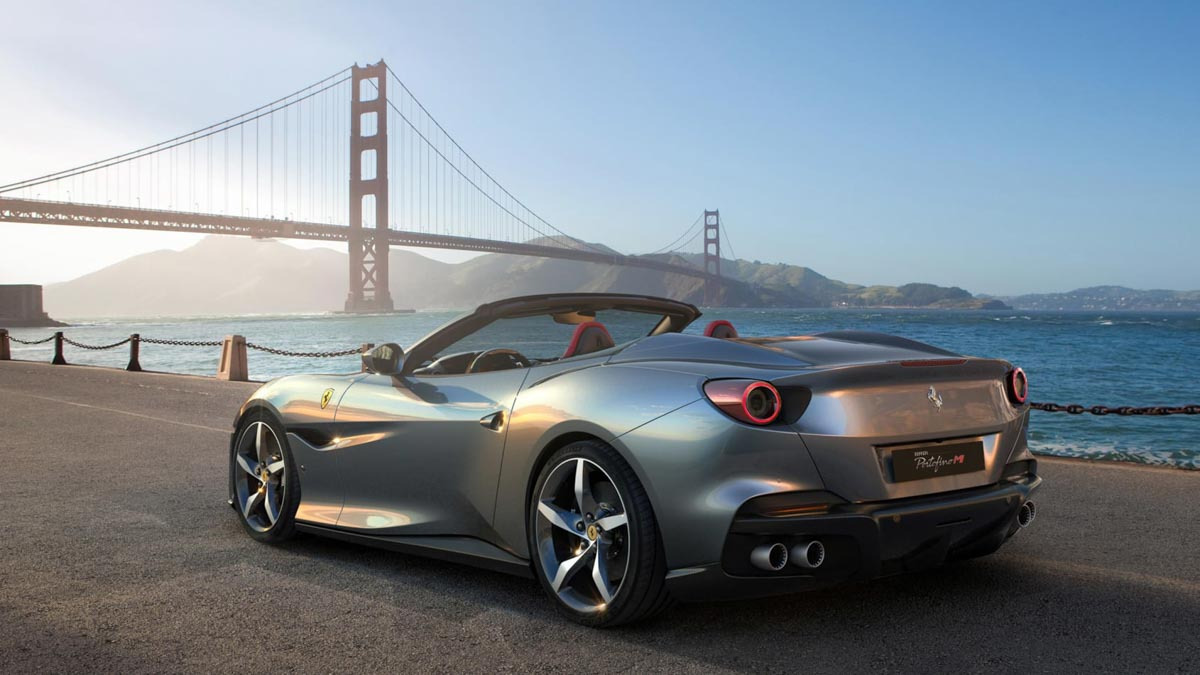 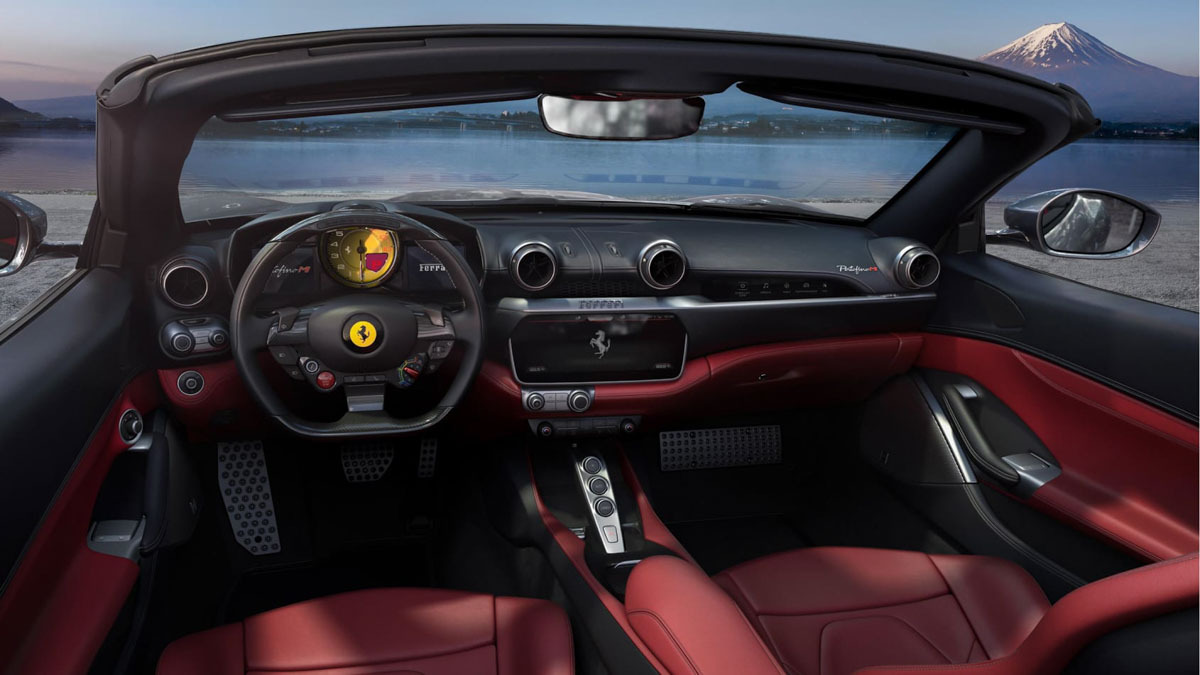 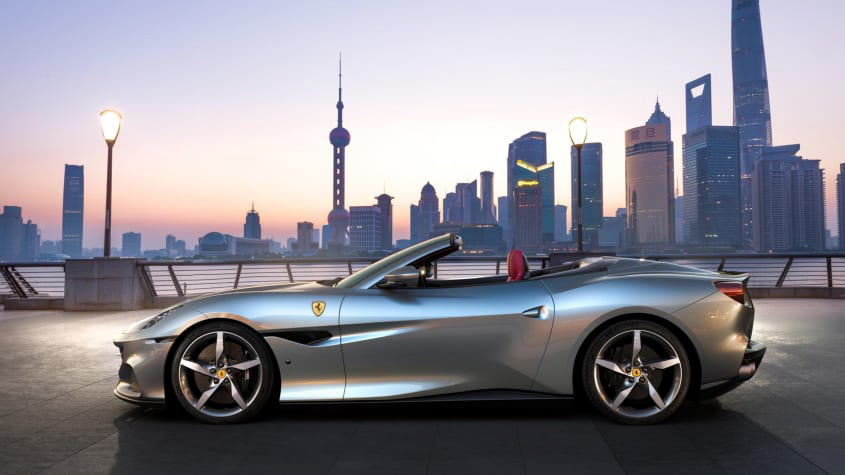 The next part of Ferrari’s revitalised model range has been revealed in the form of the new Portofino M. As its name suggests, the new convertible model is heavily-based on the previous generation Portofino, but together with the new ‘Modificata’ nomenclature has picked up a whole range of Roma-derived updates to complete the brand’s new front-engined GT lineup.

At its core are the same basic underpinnings as before, but new is the 612bhp version of the 3.9-litre twin-turbo V8 that shares much with the unit found in the Roma. Like all Ferrari V8s, a defining feature of the powertrain is the individually tailored torque curve for each gear, generating a sort of torque rush at the upper limits of the rev band in low gears to essentially recreate the feeling of a naturally-aspirated engine. Taller gears have a flatter and broader torque curve in contrast to make full use of the Portofino M’s 560lb ft, which arrives between 3000 and 5750rpm.

The transmission itself is the new eight-speed dual-clutch unit from the Roma, which despite the extra ratio is smaller and lighter than the seven-speed unit it replaces. Ferrari has so far only revealed a dry weight for the new Portofino M, which at 1545kg (and with lightweight options fitted) is 73kg up on the Roma. This weight discrepancy comes mostly from the folding roof mechanism, which folds away electrically into the rear luggage compartment as before.

Performance is improved compared to the old Portofino, the new version reaching 100kph in 3.45sec, which is a tad quicker than before and a tad slower than the lighter Roma. Top speed is also quoted at over 320kph with the roof up.

Portofino M now includes the full five-way Manettino switch, adding Race and CT-off modes to the system that Ferrari says widens the appeal of the Portofino from being the entry-level Ferrari to a full-fat performance model sitting with the Roma in a new front-engined V8 range.

To compliment the Roma’s new aesthetic, Ferrari has also given the Portofino M a very gentle design tidy up, with a new front bumper, wheel designs and colour options. The interior is also as before, meaning it does without the Roma’s new digital interfaces and dash architecture.