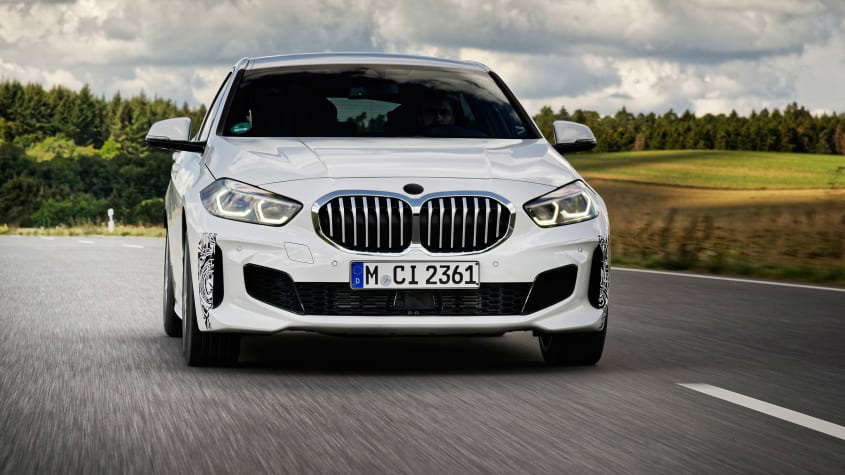 BMW will aim its crosshairs at the venerable Volkswagen Golf GTI with its new 128ti hot hatch due this November. This entry-level hot hatch model will differ from the more expensive M135i not just with its simplified hardware, but also a more nuanced approach to its handling package.

The main difference between the two will be the 128ti’s front-wheel drive drivetrain in contrast to the M135i’s xDrive all-wheel drive system. The FWD setup features a Torsen limited slip differential and is powered by a detuned version of the B48 2-litre turbocharged four-cylinder engine. The engine is rated at 261bhp in this guise, 19bhp more than an equivalent Golf GTI and 41bhp down on the M135i. Torque peaks at 295lb ft between 1750rpm and 4500rpm, 37lb ft down on the M Performance model.

BMW will not offer a manual transmission on the 128ti, instead the Aisin eight-speed torque converter will be standard fit just like in the M135i. This decision was driven by an apparent lack of customer demand but also, more pertinently, the need for a low CO2 rating that is difficult to achieve with only six ratios. In order to keep modern performance cars on the right side of emissions regulations, manual transmissions need to have extremely long gear ratios, which is not an option BMW’s engineers wanted to take.

With its reduction in driven wheels, the 128ti will reach 100kph in 6.1sec, 1.3sec down on the M135i and 0.2sec down on the Volkswagen GTI. While hardly slow, the new BMW’s porky 1520kg weight figure has a lot to do with its slower acceleration times compared to the less powerful VW, which hits the scales at around 75kg less.

But instead of outright performance, BMW has focused on the handling, adjusting the 128ti’s overall balance to have a more playful demeanor. It’s done this in part by slightly reducing chassis rigidity, replacing the M135i’s shear panel for a weaker unit to encourage a more neutral handling setup, assisted by a new passive damper setup. The standard wheel and tyre package is 18-inches, and the brakes are carried over wholesale from the M135i.