Few cars have higher expectations than an all-new 911 GT3 and the new 992 hasn’t disappointed, but we’ll need more time with it on-road to get a true sense of its ultimate capability 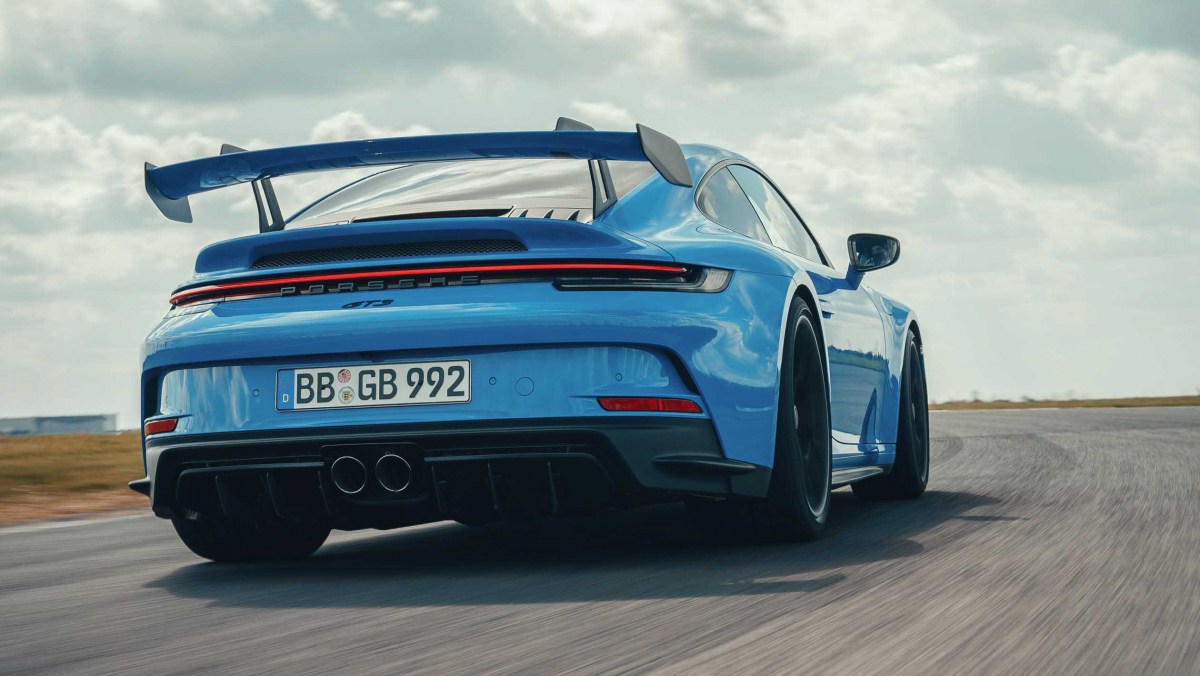 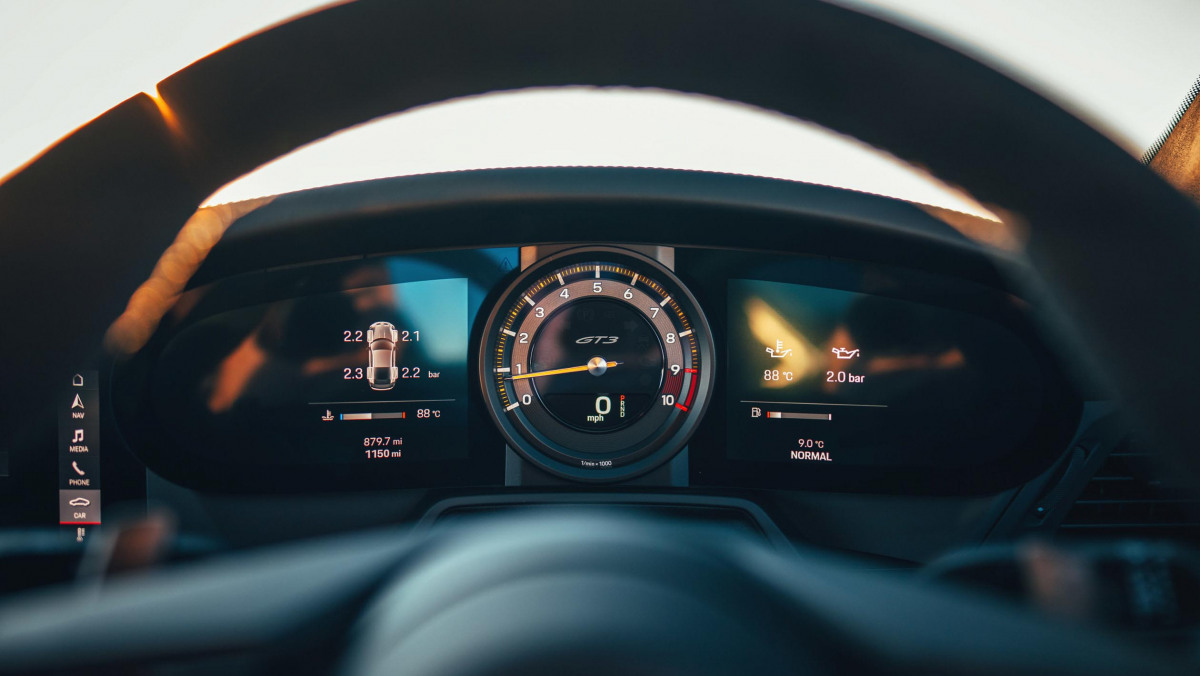 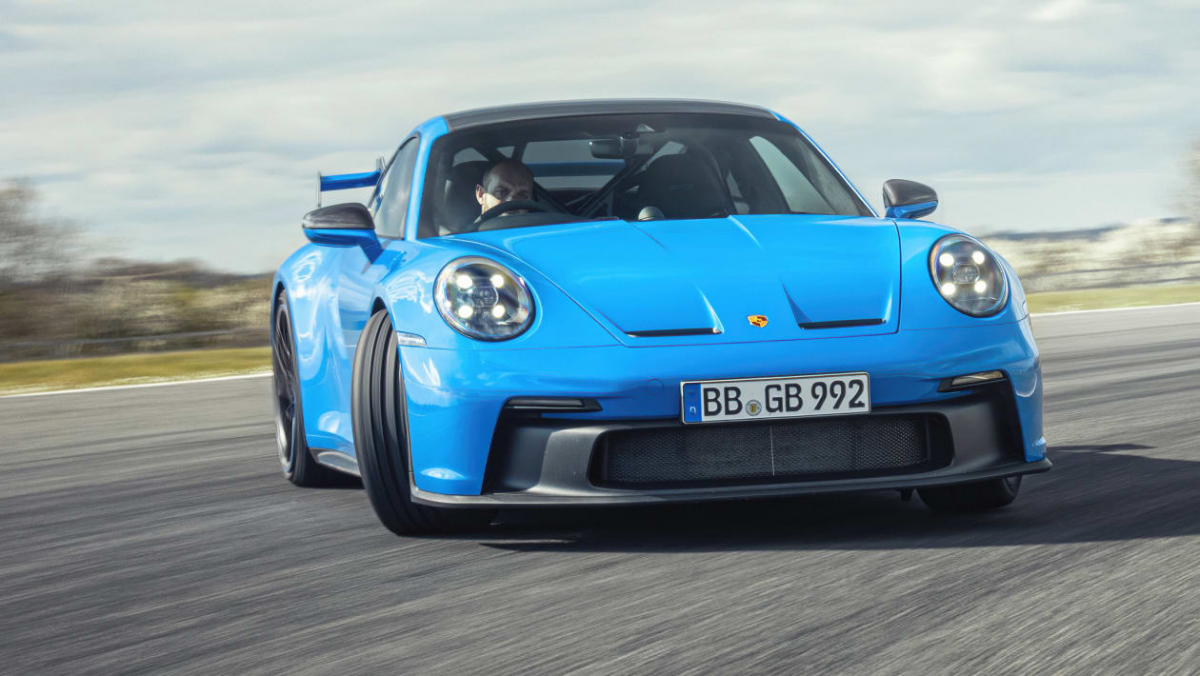 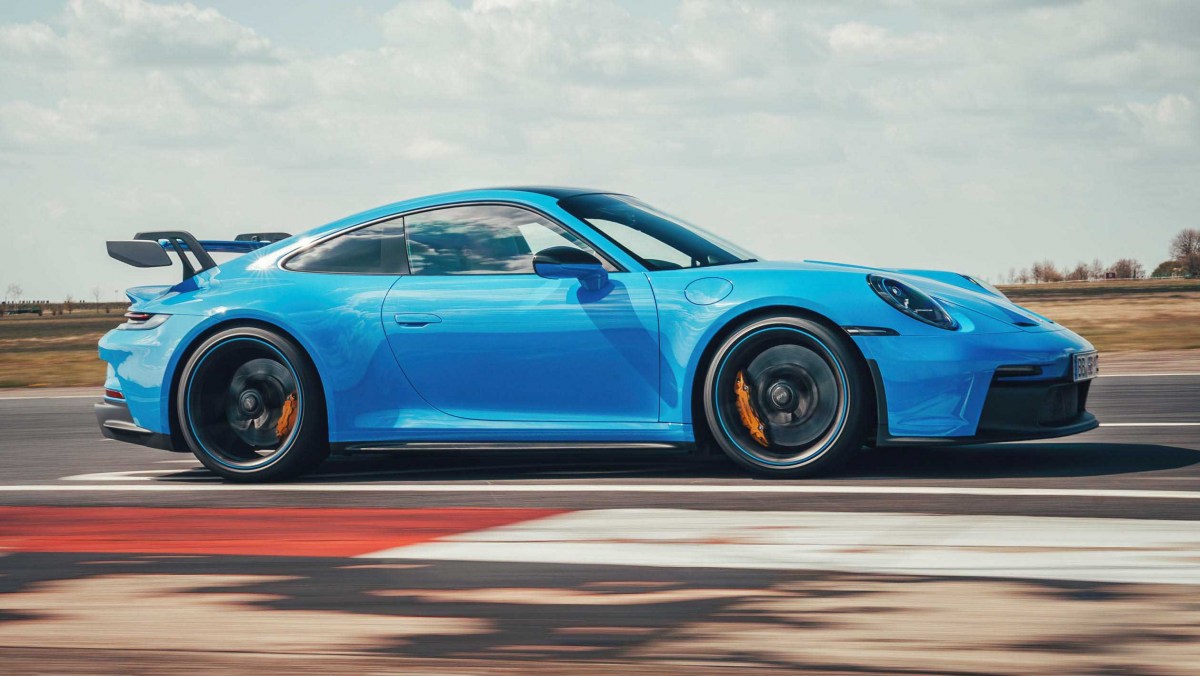 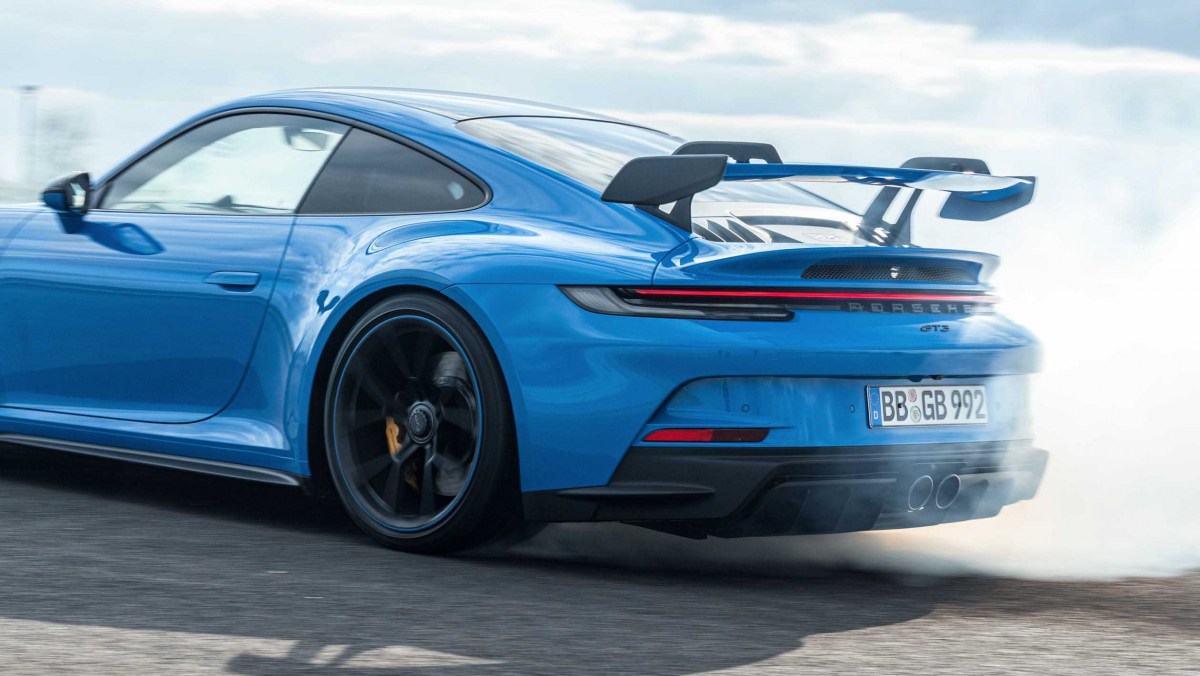 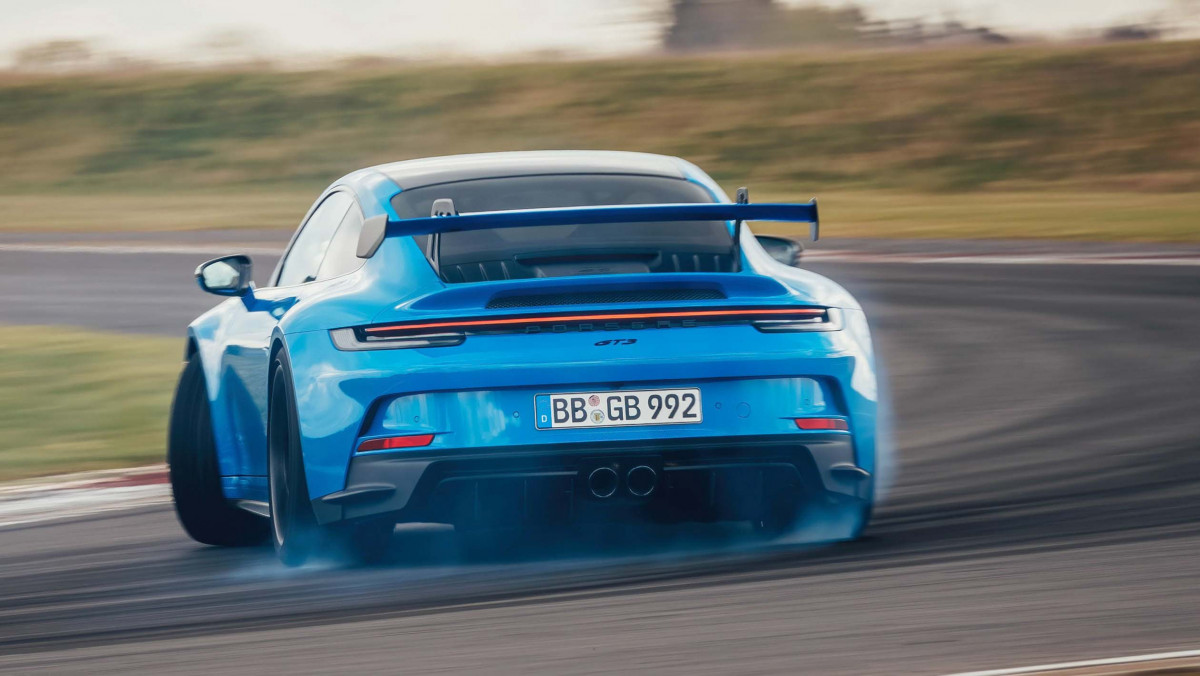 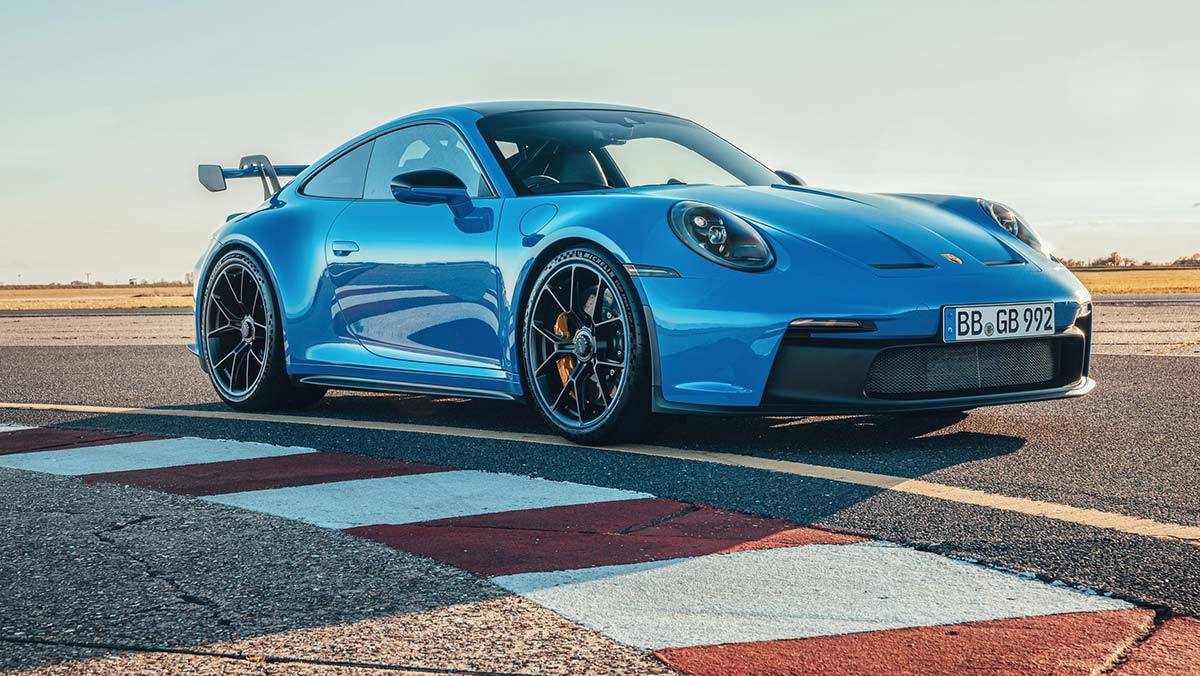 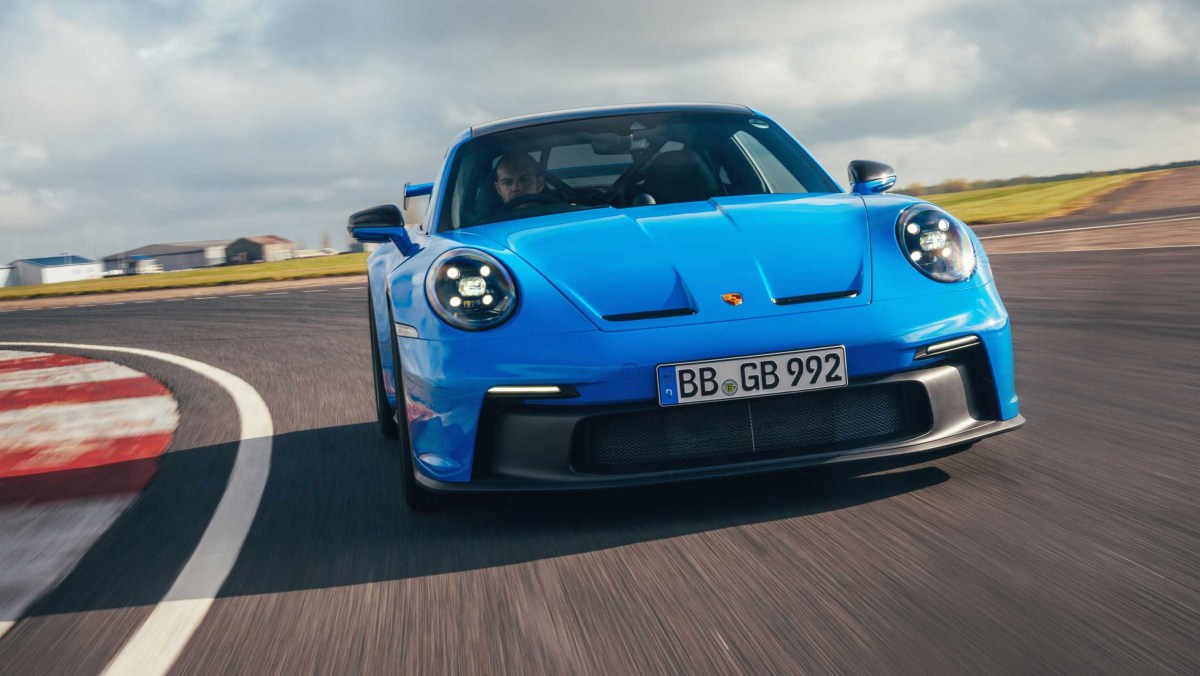 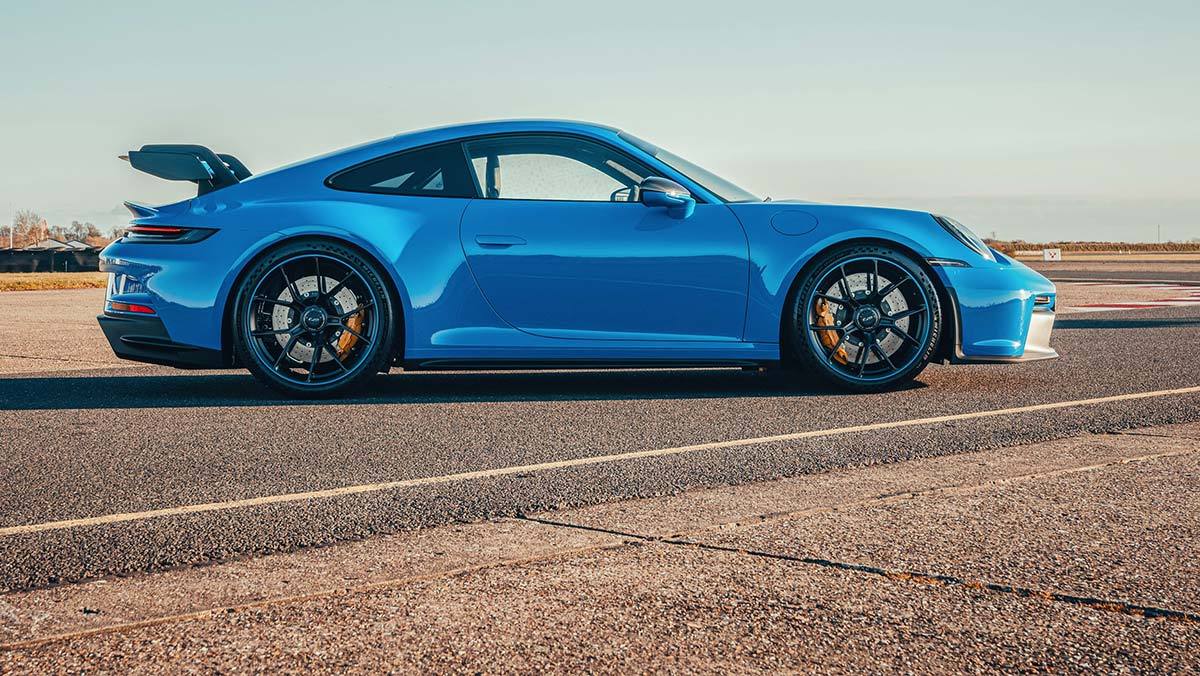 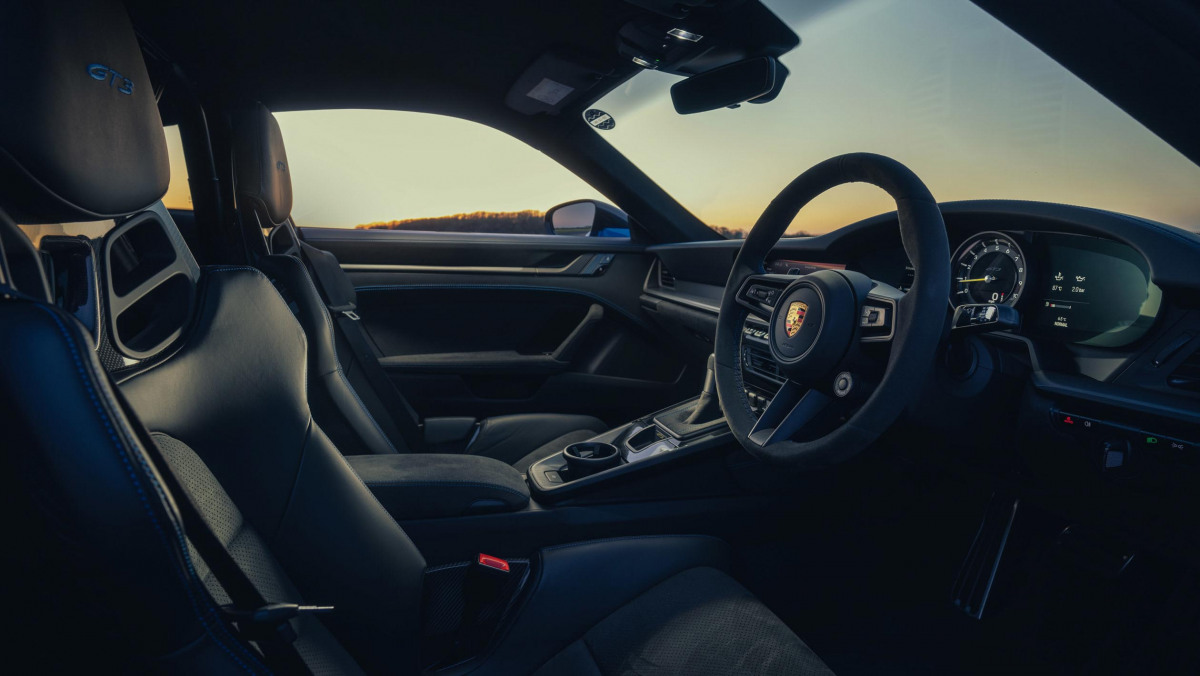 The seventh iteration of the Porsche 911 GT3 must be one of the most hotly anticipated cars of 2021. It looks incredibly aggressive with function having dictated form to a greater extent than ever before. And, while some of the figures appear to show little or no improvement in terms of performance, we know that this 992 is significantly quicker than its predecessor around a certain German track.

Of course the GT3 recipe is about tactility and emotion as well as speed, which is why Porsche has retained a naturally aspirated engine and given customers the option to order one with a manual ‘box. For our first drive, however, we’ve got a PDK and an empty Bedford Autodrome.

It’s tempting just to say ‘see previous generation’ for this section, because much of the drivetrain is very familiar indeed. But that’s a good thing. Compared to the previous GT3, the 4-litre, naturally aspirated, flat-six engine now has individual throttle bodies and the exhaust system gains gas particulate filters but has new rear silencer that is 10kg lighter. In other words it is all but identical to the engine found in the 991 Speedster.

Outputs are up by just 10bhp and 7lb ft to 503bhp and 347lb ft, so the 0-100kph time and top speed for this PDK-equipped car are identical to before at 3.4 seconds and 318kph. Talking of PDK, this is the seven-speed ‘box that was used in the 991, rather than the eight-speed found in the rest of the 992 range. It is mated to an electronically controlled limited-slip diff in the rear.

A lot of effort has been put into three main areas – weight saving, aerodynamics and suspension. Things like the lightweight glass, new front wheels, new rear fascia, LiFePO4 battery and carbonfibre frunk lid have all helped save weight compared to the previous generation GT3. The end result is that, despite the 992 being a fundamentally heavier car, the latest GT3 weighs 1435kg with the PDK ‘box. That’s a mere 5kg more than the old car.

The aerodynamics, however, are significantly better. The adoption of a swan neck rear wing and an impressive rear diffuser have helped improve the downforce by 50 percent at 200kph. However, both the wing and the front splitter are manually adjustable and if you put them into their more aggressive settings then the car generates 385kg of downforce, which is 150 percent more than the old car. In fact it is more than the old RS.

The biggest talking point though has been the front suspension. It is now a double wishbone set up rather than MacPherson struts – something only seen on 911 race cars before. The connections are all ball joints on the front too.

You can, if you want, sit really low in the 992 and it sets the tone nicely. The gear selector is momentarily baffling because it looks remarkably like it should move around a manual gate rather than activate a PDK ‘box. But, unlike other selectors in 992s with dual-clutch gearboxes, this one allows you to shift up and down the ratios with it, which is nice. Also new to this 992 is a Track Screen option, which distills the digital dash in front of you down to just the essential information. Overall it’s a really good, ergonomically pleasing place to be, although I’d quite like an option to delete the main central screen if you spec the Club Sport pack.

Familiar though it may be, the noise when you start up the new GT3 is just wonderful. The fact that Porsche has stuck to its guns, not gone chasing horsepower and managed to maintain a naturally aspirated engine in the face of increasingly awkward legislation is to be applauded. Even before you begin driving quickly, there is plenty to enjoy just listening to the way the engine makes its way up through the revs and responds to different throttle openings.

We’re on track first and once the Cup 2 tyres are warm the grip is astonishing. The steering initially feels quite light around the dead ahead, but the response of the front end is incredible. And once loaded, there is all the information you could wish for from the Alcantara-clad wheel. Load up the nose and at the point where you feel like a 911 should start pushing wide, the 992 just seems to lean into its tyres a bit more and keep on digging for grip.

The rear is the same, it is utterly tenacious and it takes a concerted effort to unstick the 315 section Cup 2s. Even when you do breach the limit of grip, it’s only with a firm foot on the throttle that you’ll keep it oversteering – waver for a moment and it will straighten up smartly.

Such is the response and tenacity that you find yourself driving incredibly quickly and smoothly with huge confidence. The stability is just so reassuring that you can really commit to corners and you know that the shifts from the PDK ‘box are so smooth that they will never unsettle the car. Braking is phenomenal too, allowing you to push right up to and into the ABS with a real feel for the limit.

So, on track it is brilliant and the star rating really reflects that because our time out on the twisting and testing tarmac of Bedfordshire was very brief. However, even after a short stint on a couple of A- and B-roads, it’s clear that this is a stiffer, busier GT3. It feels more RS in its reactions to the road surface, both in its ride quality and its tendency to find distractions in cambers and bumps. It’s not harsh, just more focussed and fidgety. It’s interesting the different feel that you get from the double wishbone front end too; the vertical motions of the wheels are clearly transmitted as soon as you’re moving, giving quite a fluid feel through the steering, but the sense of connection between tyre and road surface only really comes alive when you push harder.

Whereas the old GT3 was a car that you could consider living with on a daily basis, this feels like it would take more effort to do that – certainly on the bumpy roads that litter large portions of the region. More investigation on more varied roads is required…

While that is a lot of money, it is still less than a Lamborghini Huracan Evo RWD ($228,000) without any options. Compared to something like a McLaren 765 LT, which costs the best part of $415,000, the GT3 remains an absolute bargain. As with seemingly all of Porsche’s GT cars, the biggest problem will be getting hold of one, because demand is likely to outstrip supply.