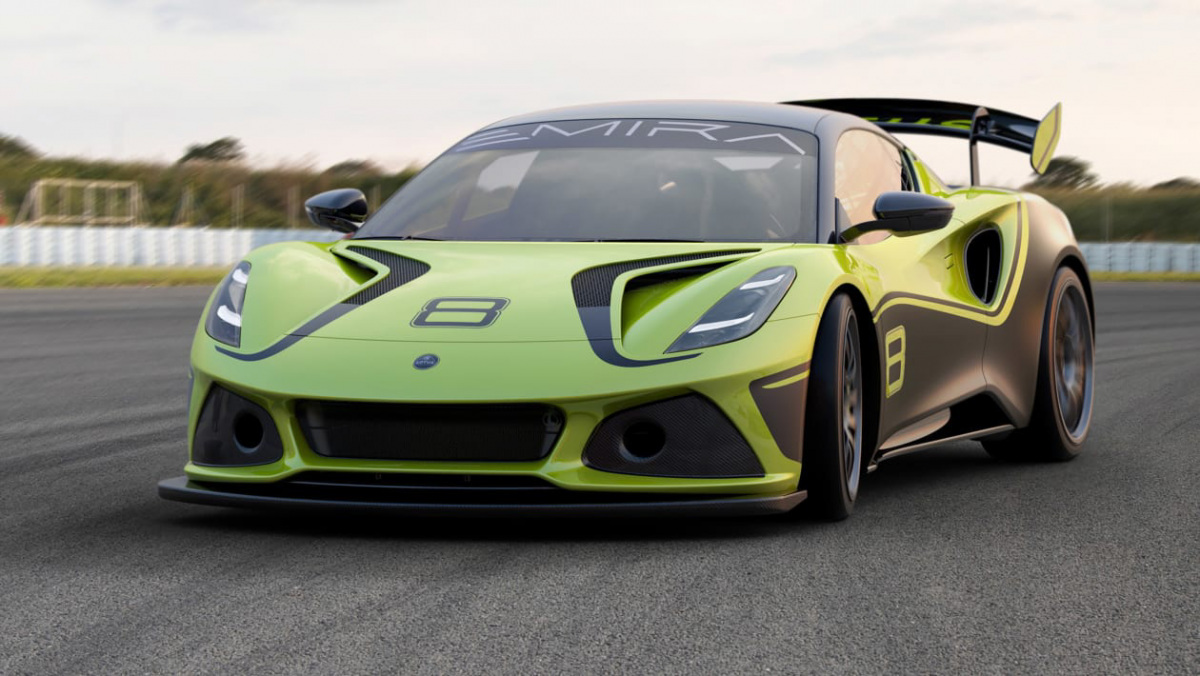 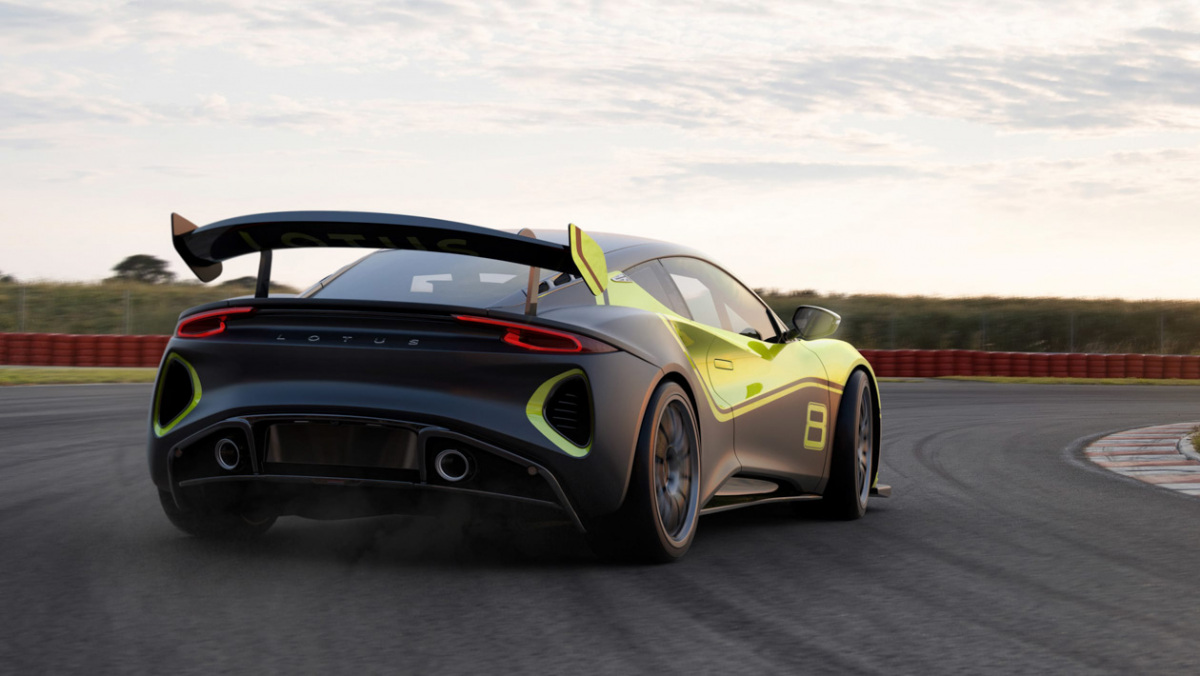 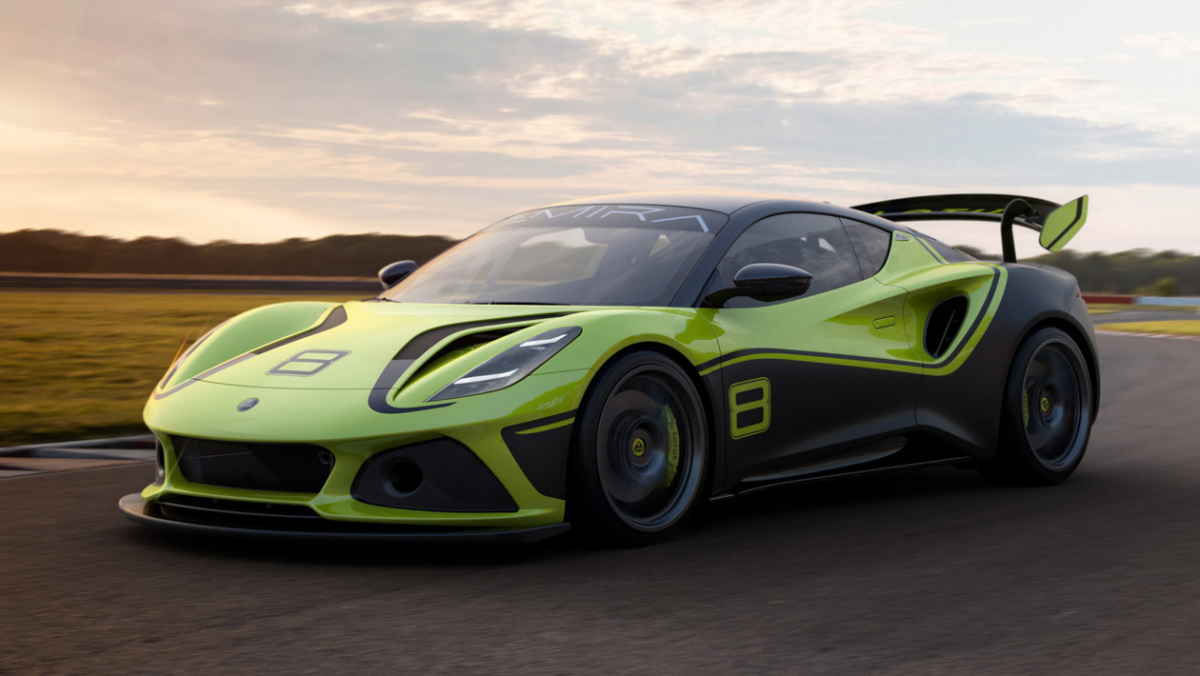 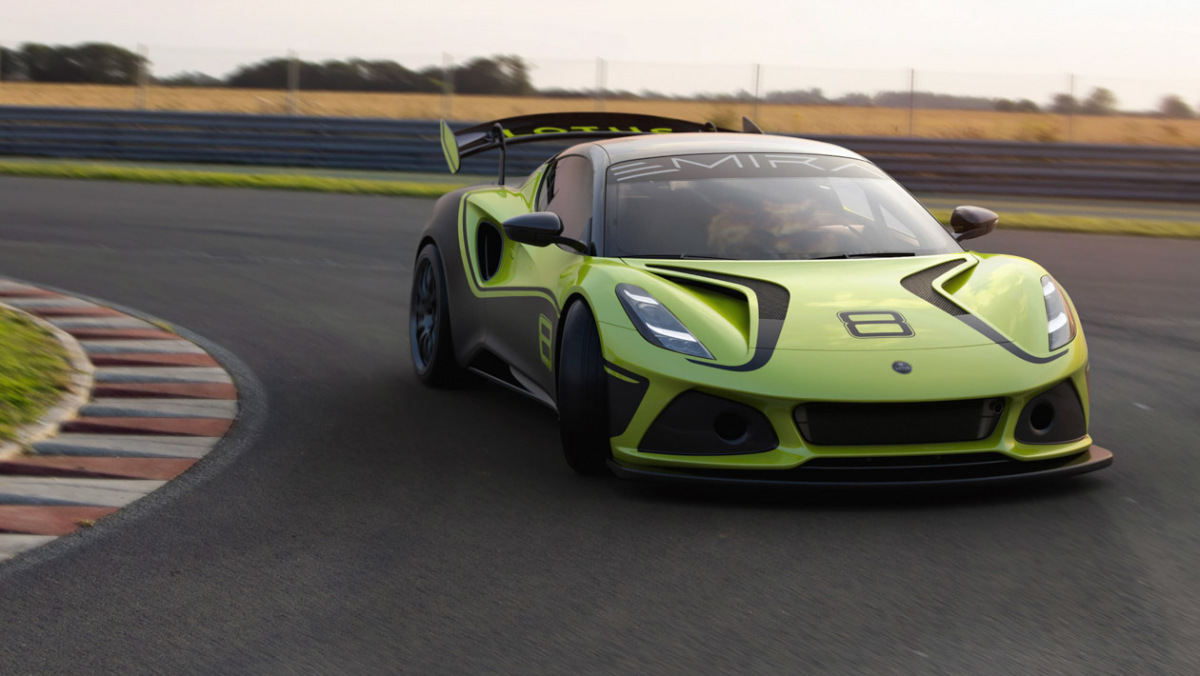 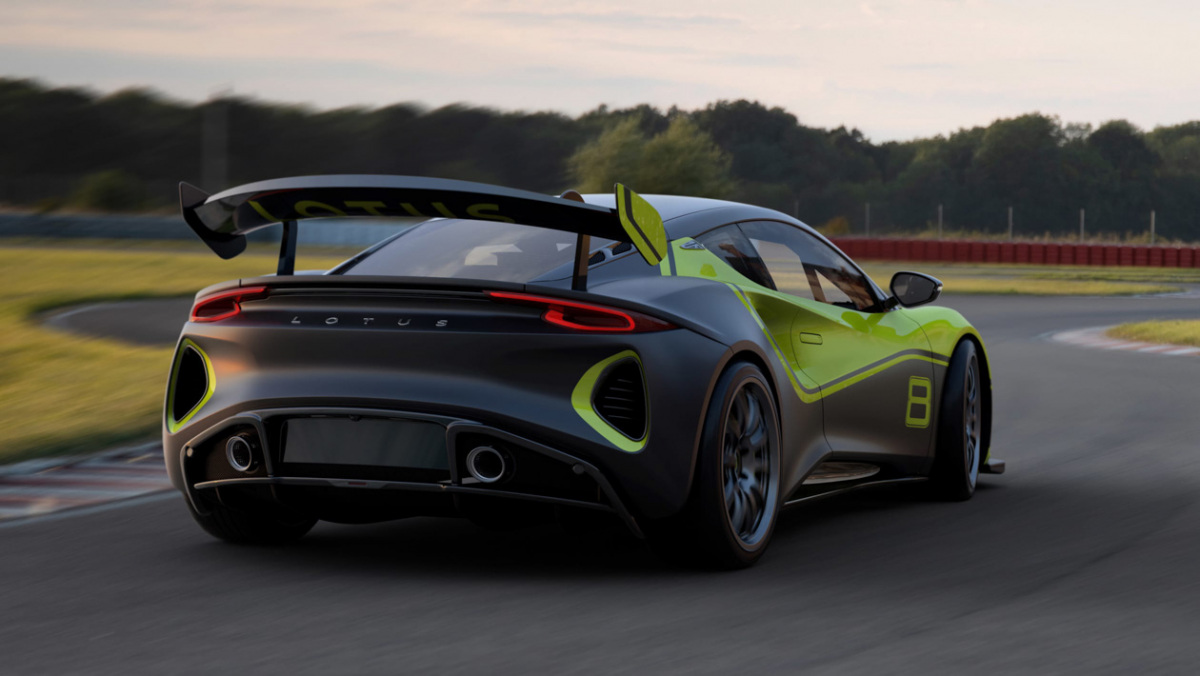 Following the Lotus Emira’s well received debut at the recent Goodwood Festival of Speed, its maker has now unveiled a track-only GT4 variant. Set to make its race debut in the 2022 season, the model will replace the current Evora GT4 as the marque’s next-generation racer.

Developed in partnership with UK-based RML Group, the firm responsible for a number of successful touring, rally and GT race cars, plus the recent RML Short Wheelbase 250 GT SWB recreation, the Emira has received a number of modifications to bring it up to GT4 spec.

On the surface, its composite bodywork is near identical to the road car’s, with only a new bonnet, enlarged front splitter, modified front side intakes and an enlarged rear wing setting it apart. Changes are more significant under the skin though, with weight dropping by around 140kg to 1260kg through the removal of road car niceties and the inclusion of lightweight race-spec components.

Helping the car meet GT4 requirements, an FIA-compliant roll-cage, six-point harness and fire extinguisher are all part of the package, with an enlarged, 96-litre fuel tank also FIA-approved. A Motec dash with data logging is also included to help drivers fine tune their set-up and strategy, and is supported by a bespoke motorsport-spec wiring loom.

At the car’s core is the same race-proven Toyota 3.5-litre supercharged V6 as found in the road car, producing around 400bhp depending on Balance of Performance requirements. A torque figure hasn’t been revealed, but expect it to be similar to the 315lb ft of the road car.

Power is sent to the rear wheels via a six-speed Xtrac sequential transmission and limited-slip differential, helping the GT4 cover the 0-62mph sprint in a time that’s likely to be quicker than the 4sec of its road-going sibling. Suspension is double wishbone front and rear with Ohlins dampers, with new wheels and Alcon brake disc and calipers. Tyres are Pirelli’s GT4-specific compound, 265 section at the front and a chunky 305 section at the rear.

Lotus’s director of vehicle attributes and GT championship-winning driver Gavan Kershaw said: ‘The all-new chassis on which the Emira has been developed is the perfect starting point for a high-performance race car. Everyone at Lotus is so excited to be returning to world motorsport and to be doing so with such a competitive race car.’

Prices for the Lotus Emira GT4 are still under wraps, but order books are open now ahead of first deliveries in 2022.