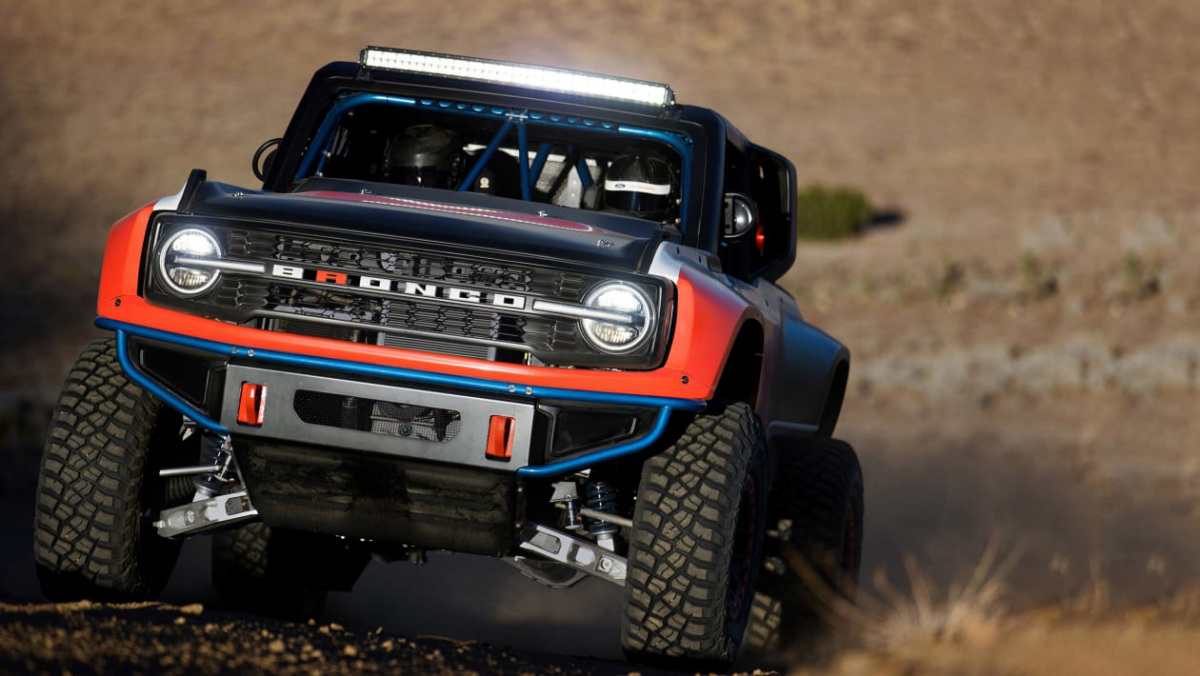 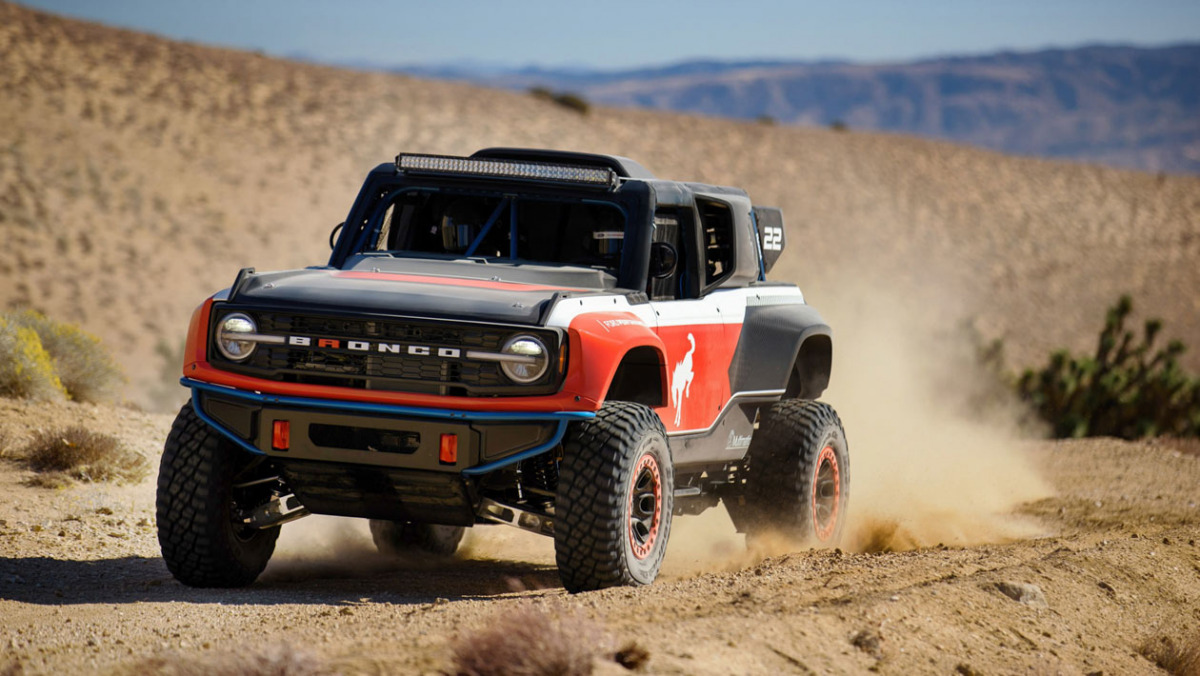 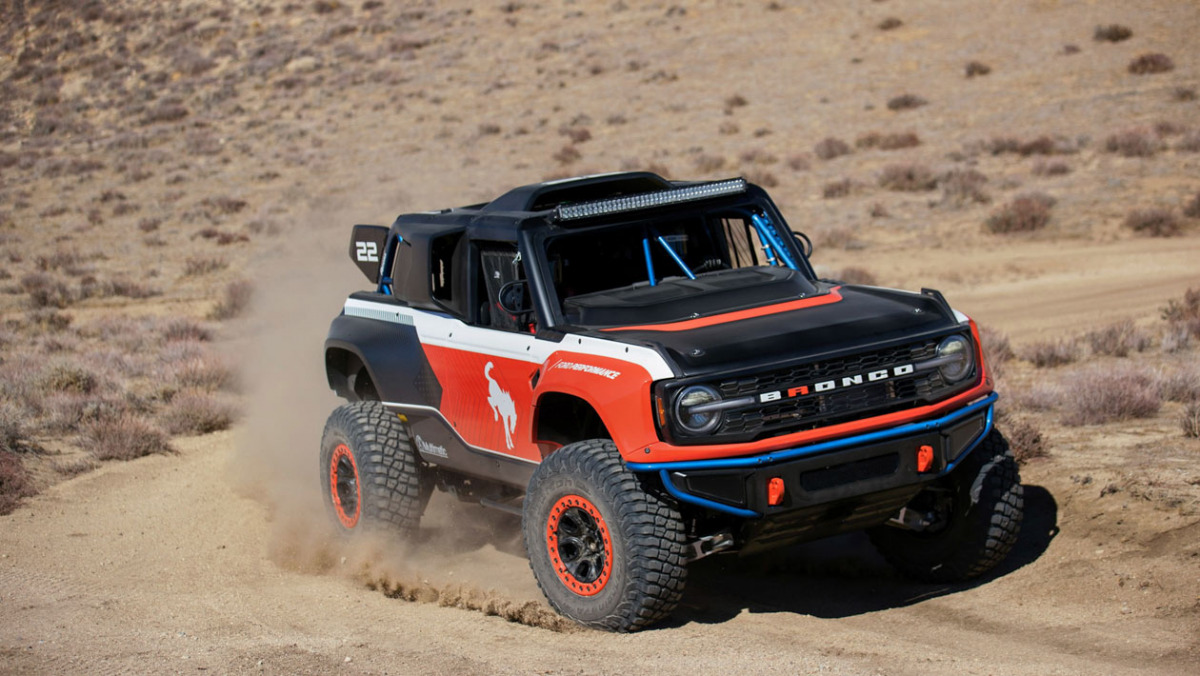 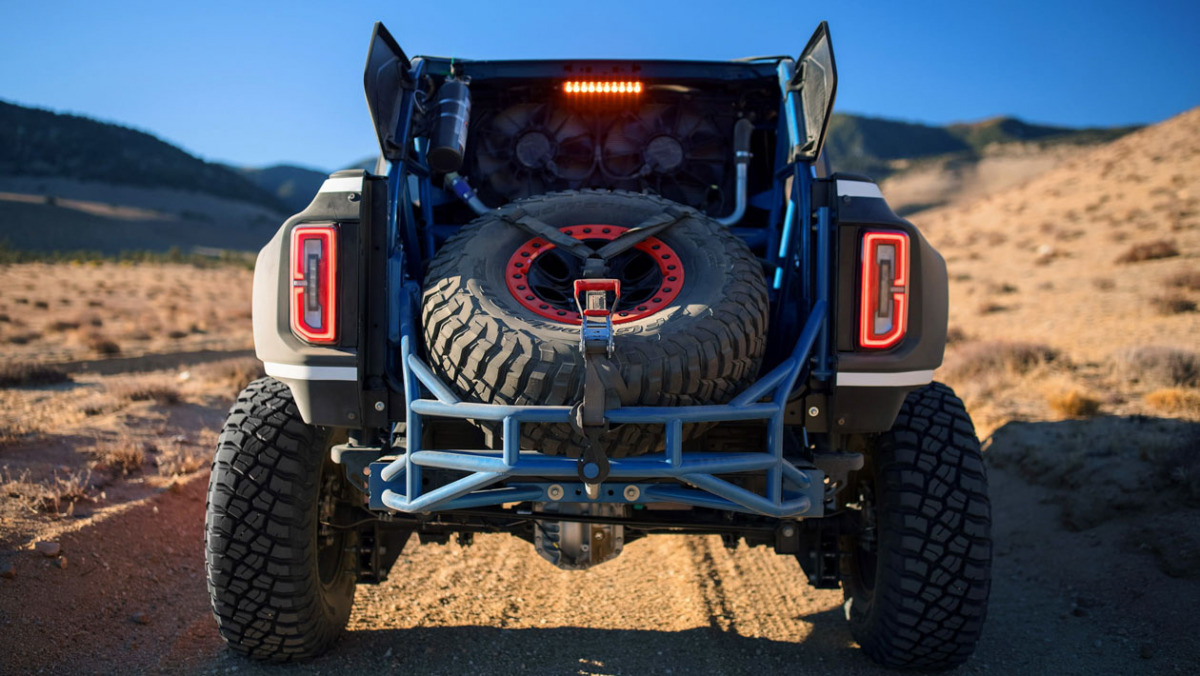 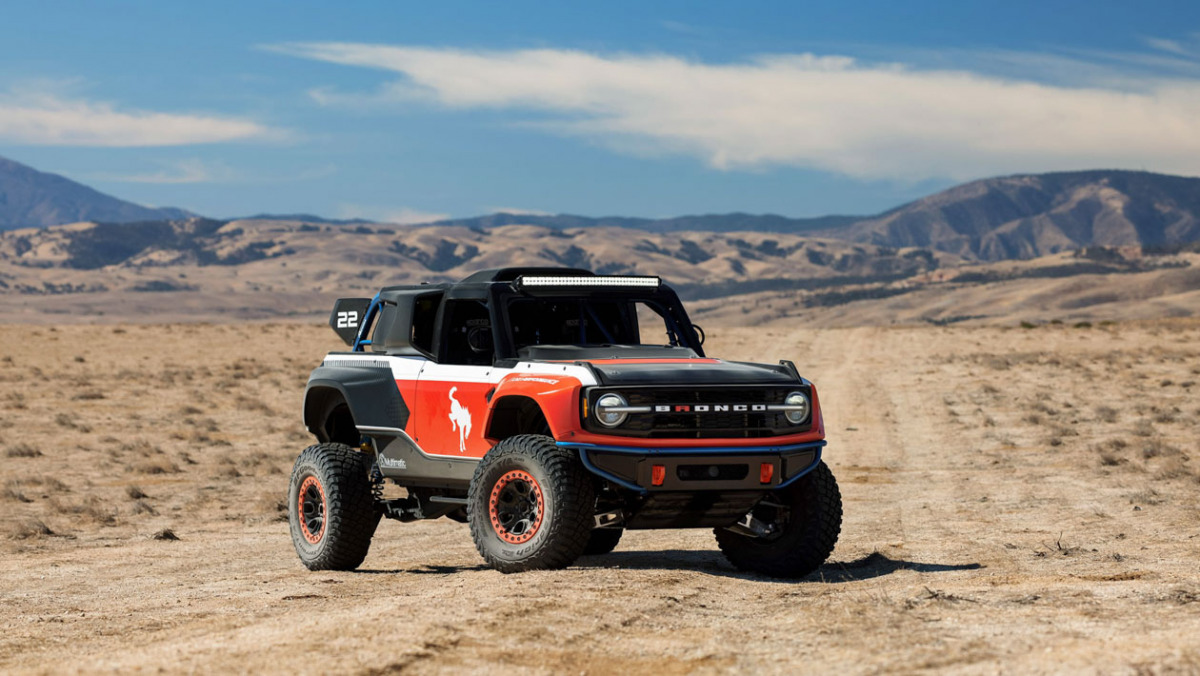 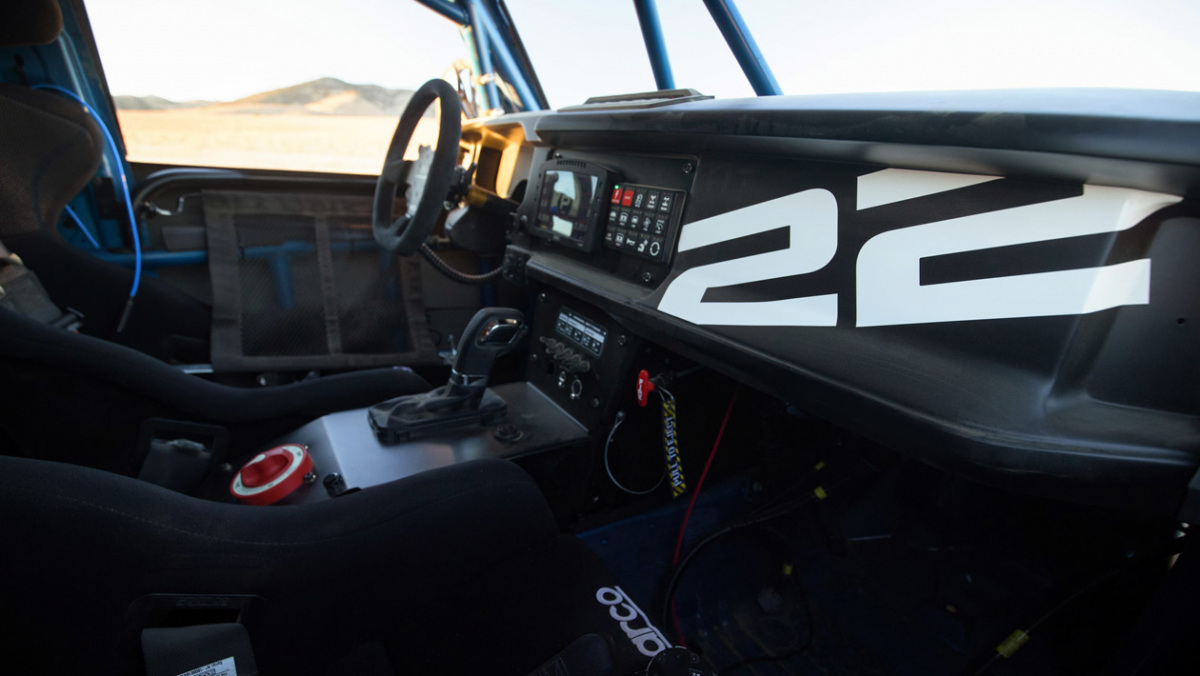 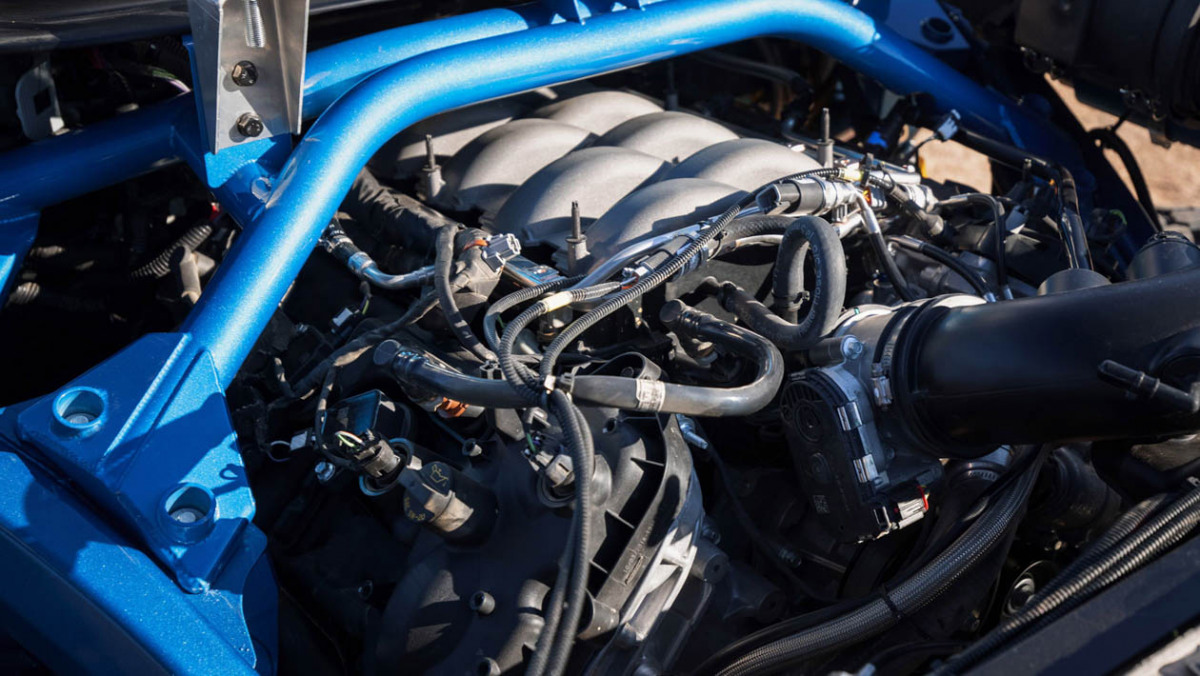 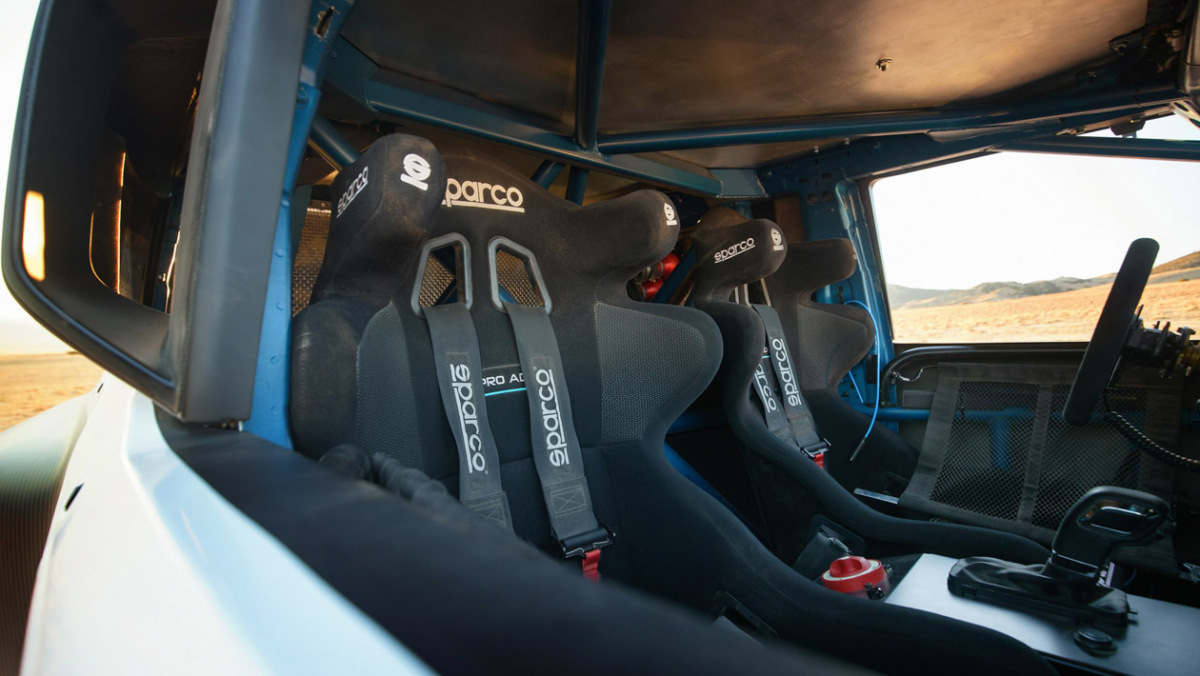 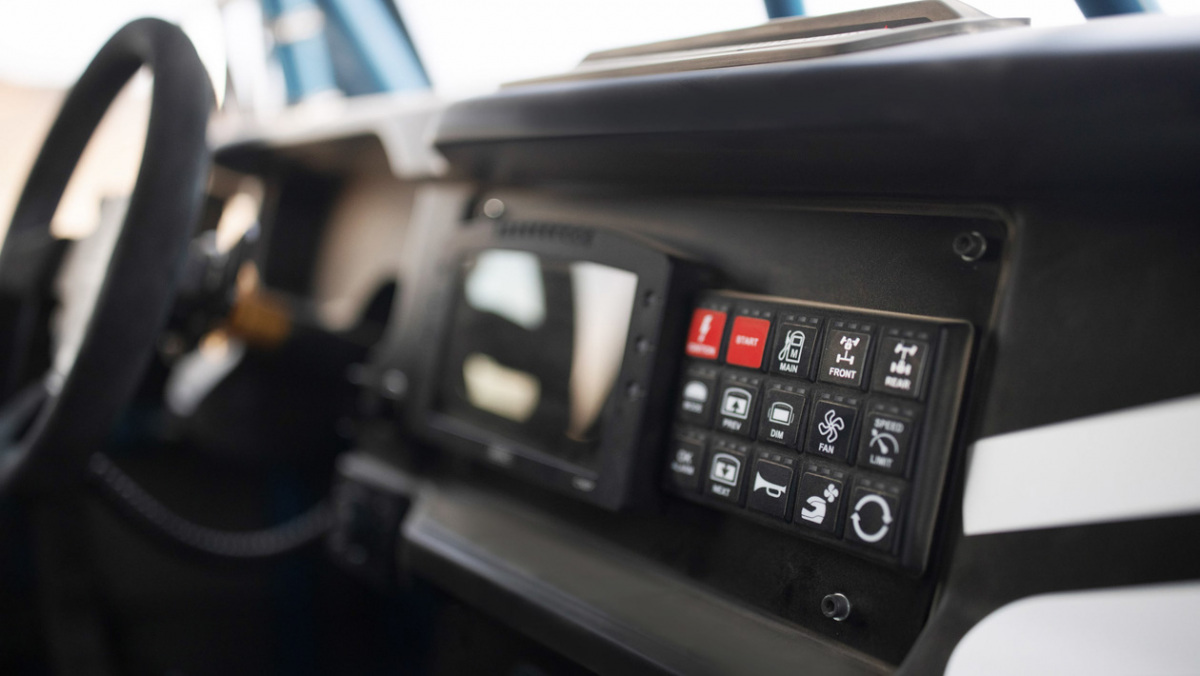 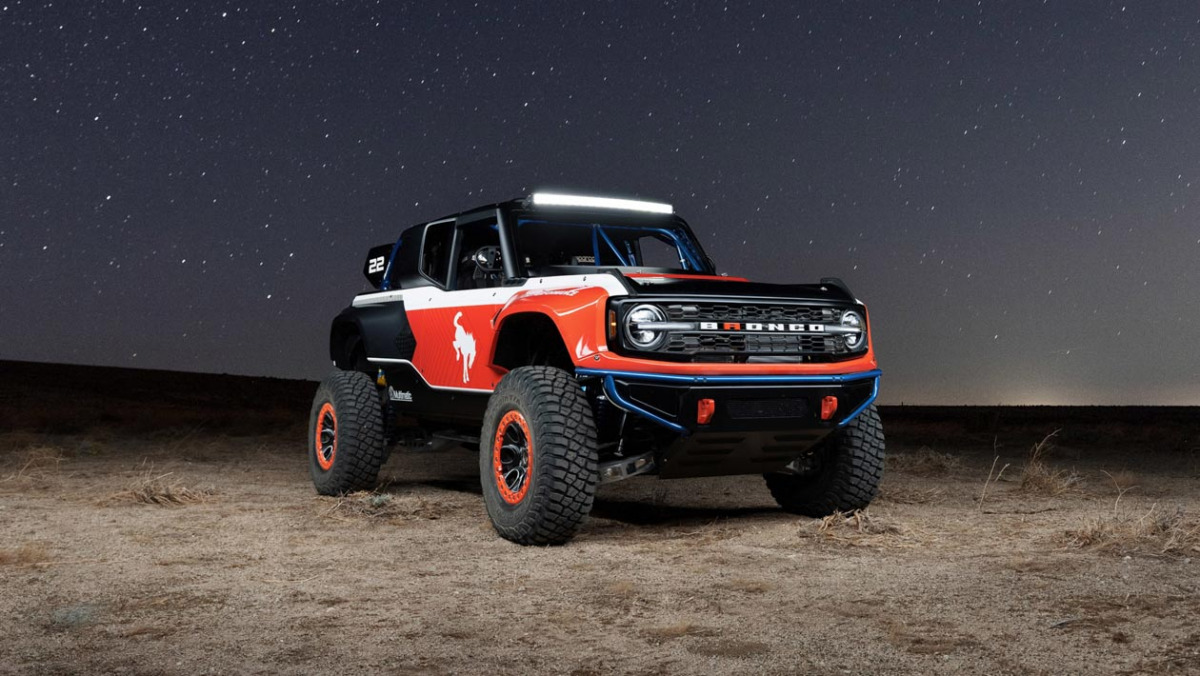 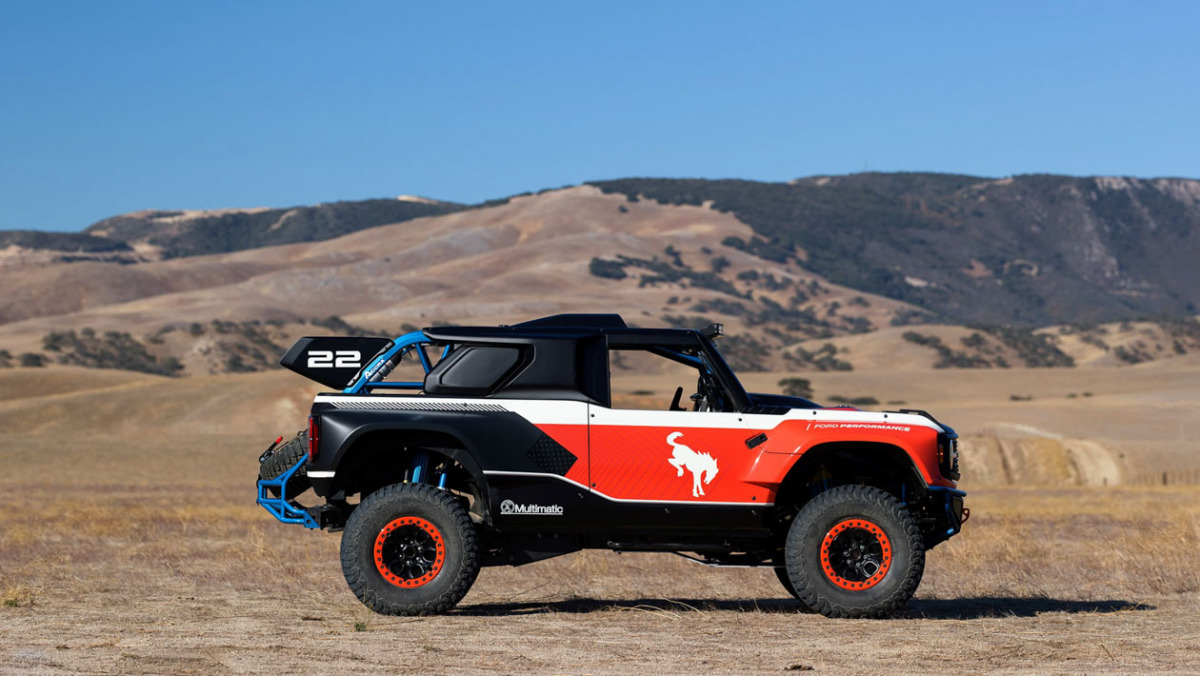 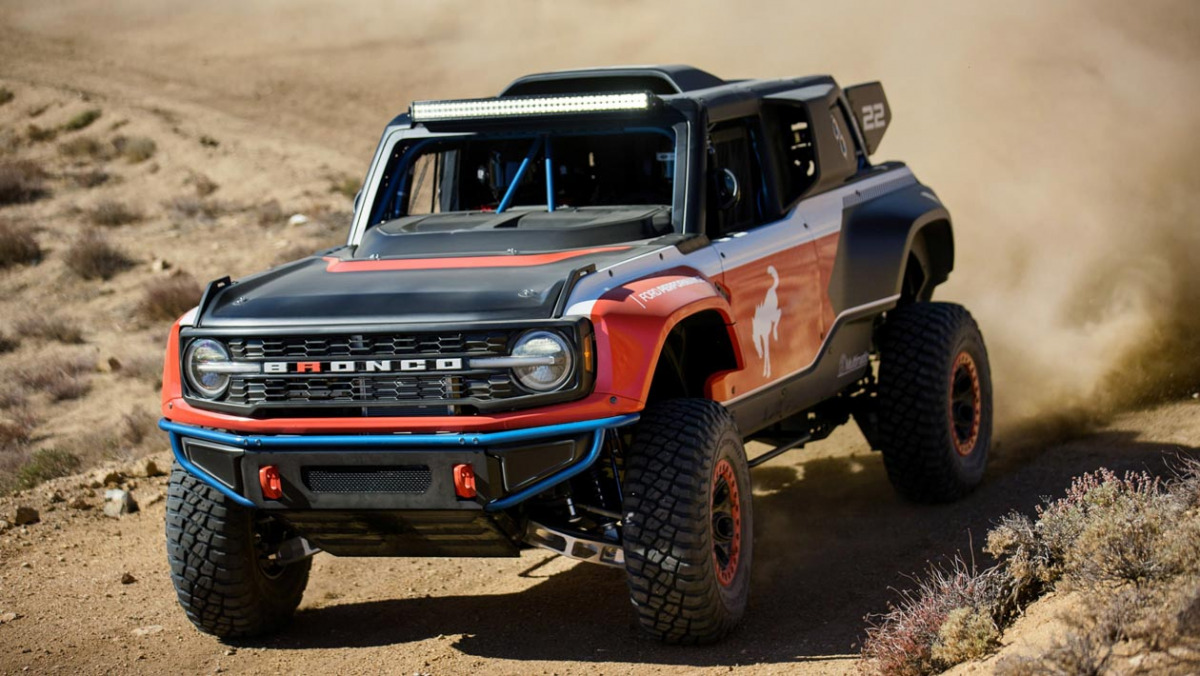 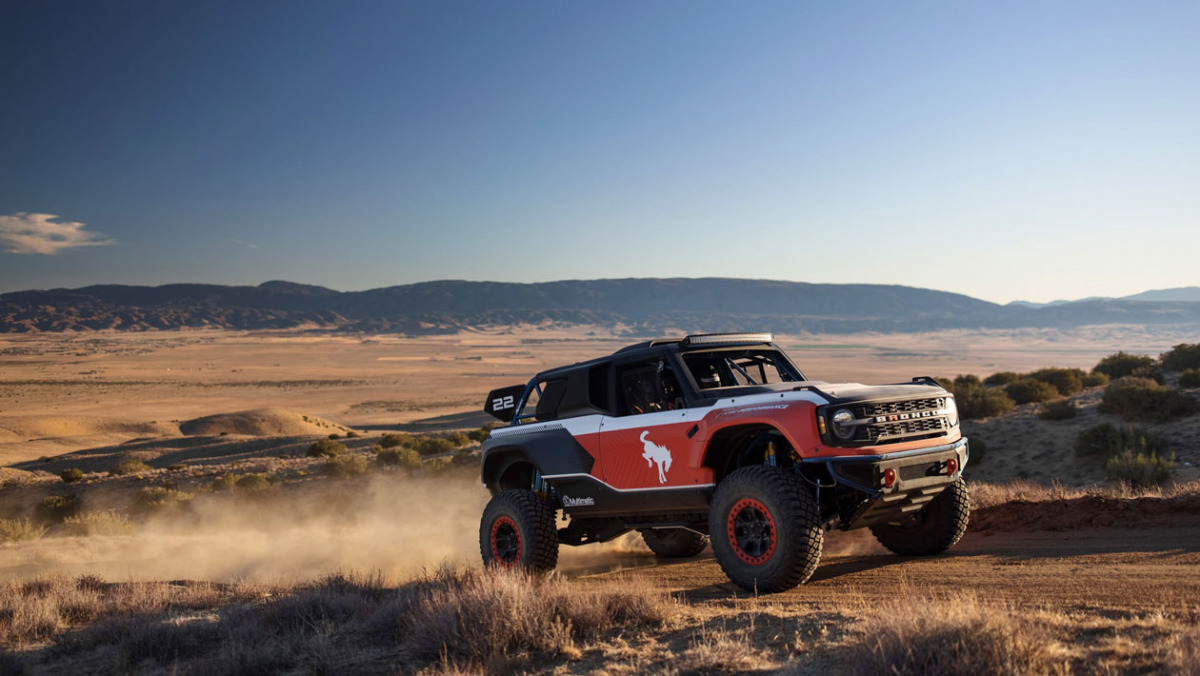 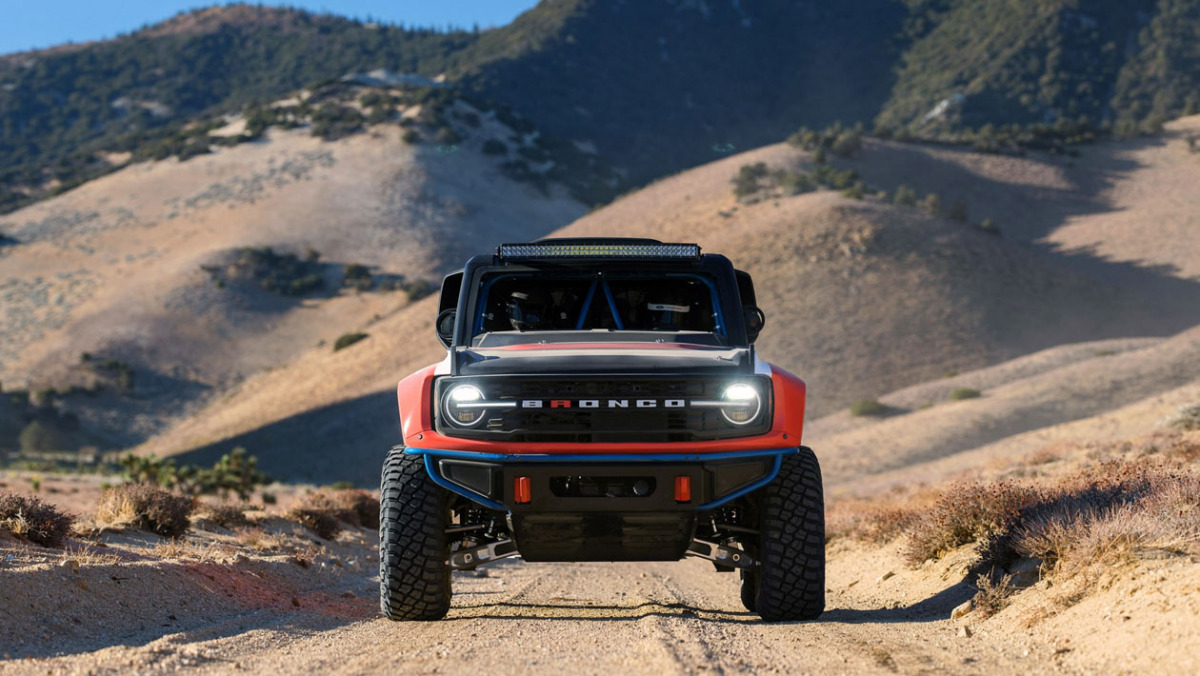 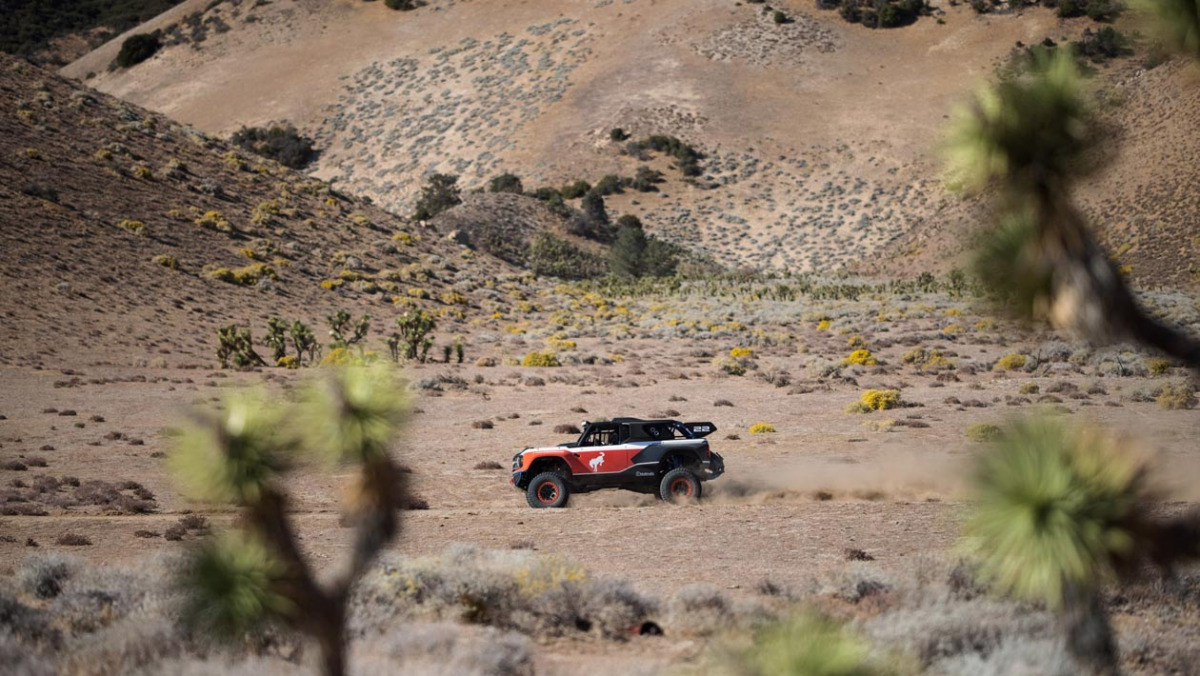 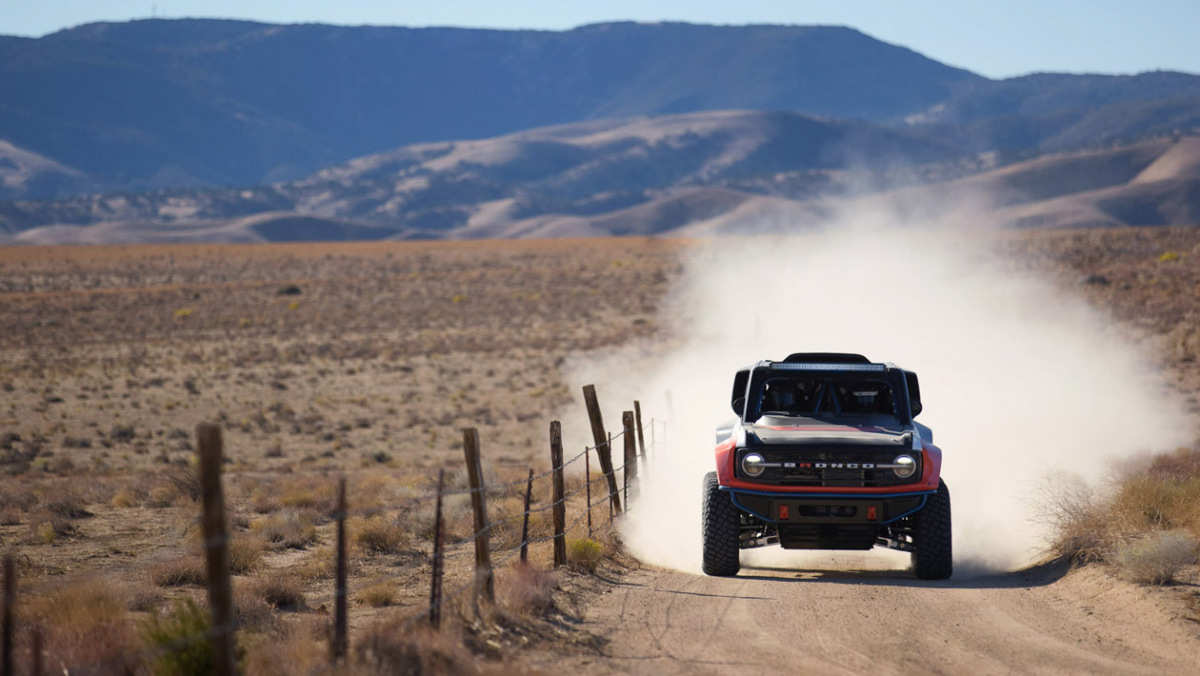 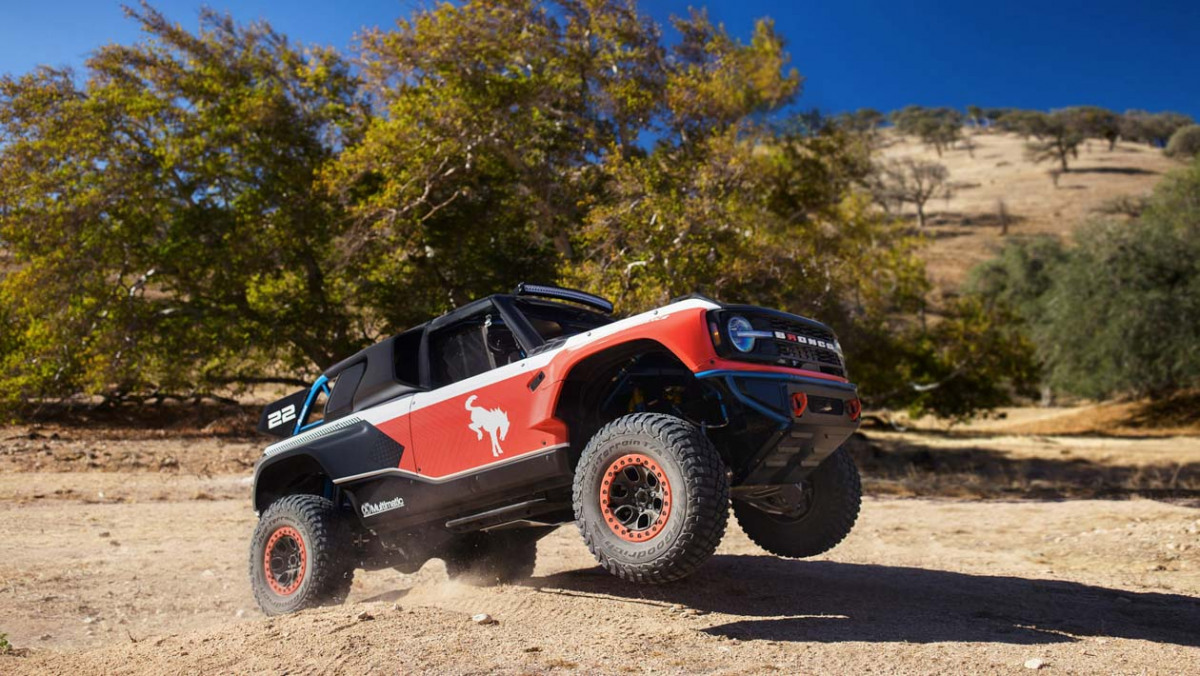 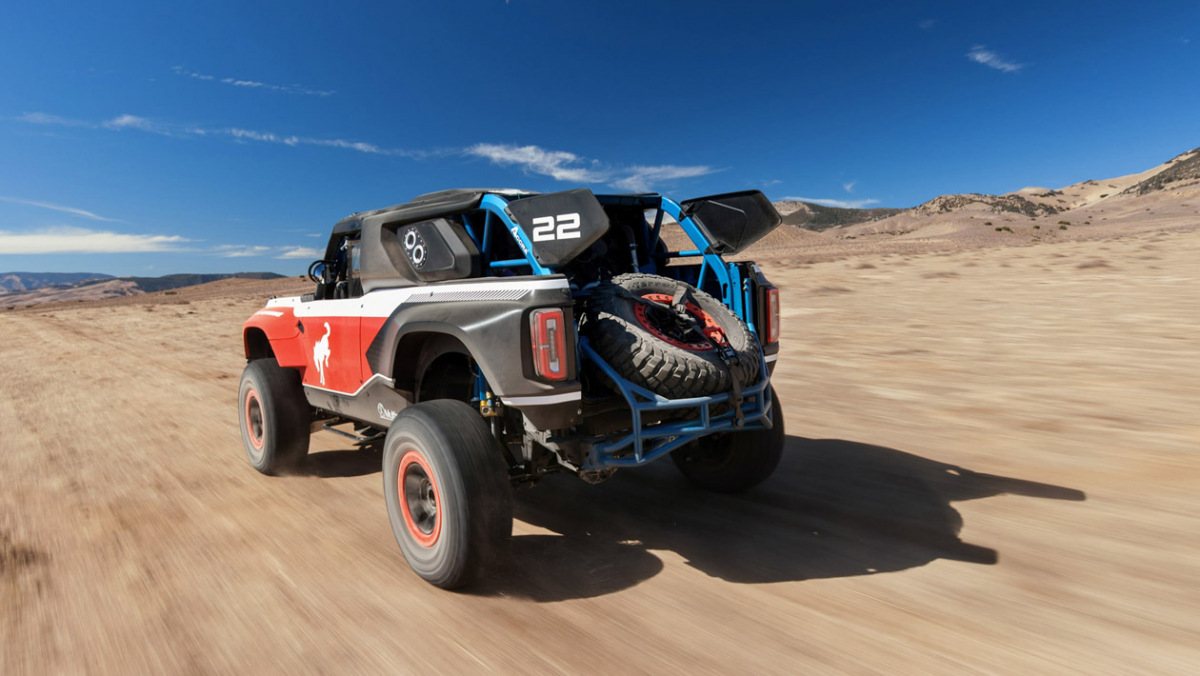 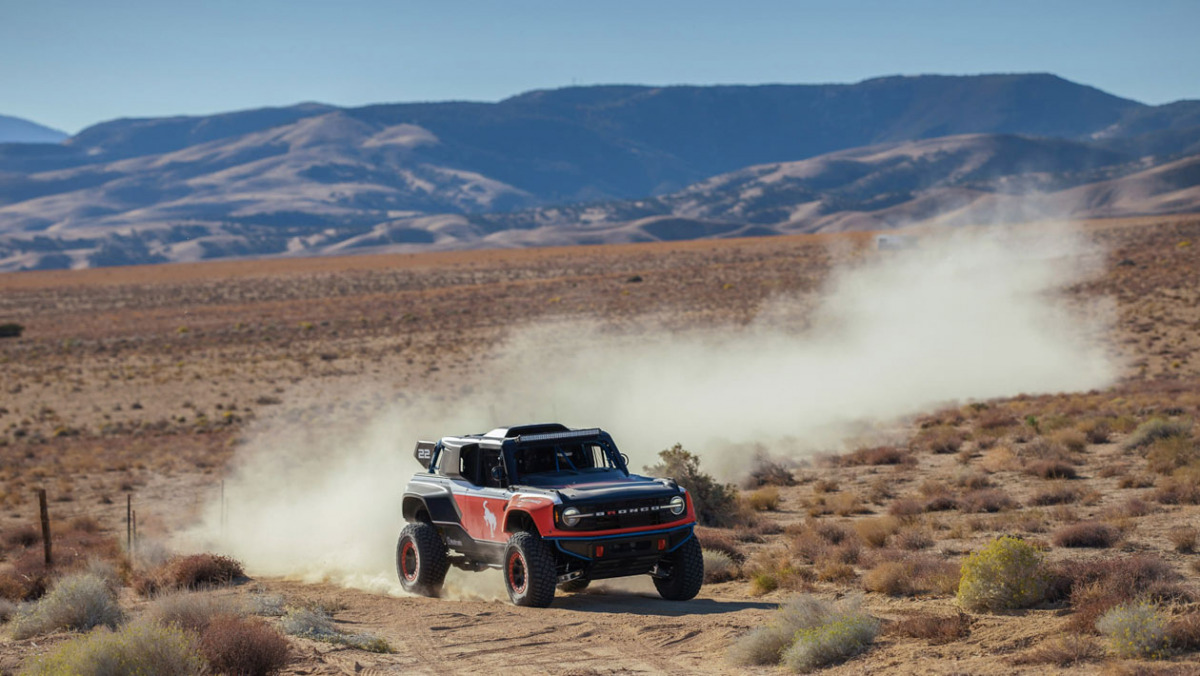 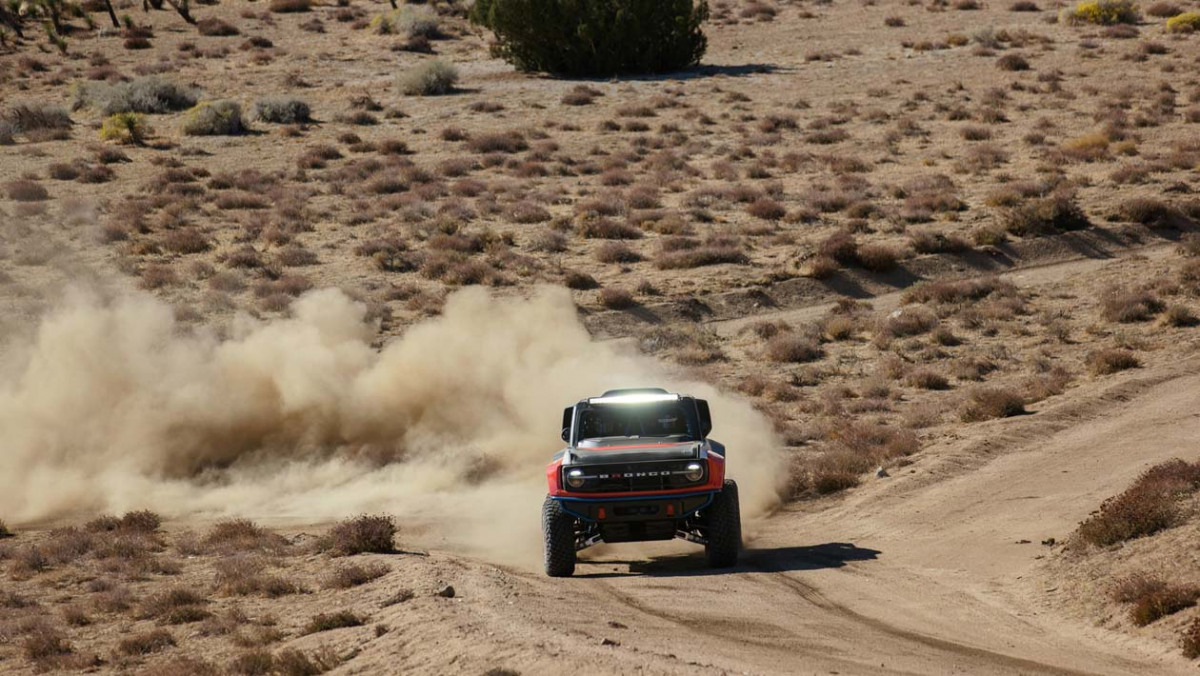 Ford Performance has revealed its latest new model in the form of the V8-powered Bronco DR or Desert Racer, a factory-built race car designed to crush rally raid events like the Baja 1000. Limited to 50 units for the US, the Bronco DR might not be the road-legal V8 Bronco Ford fans have been hankering for, but some of its bespoke off-road elements do give us a preview of the upcoming Bronco Raptor which is only a few months away.

The most dramatic visual change on the Bronco DR is the bespoke steel structure wrapped in fibreglass skin, which sits on a standard four-door chassis despite the DR only having space inside for two. The roll-cage, as well as a spread of other components, has been designed by Multimatic and is certified for competition use.

The V8 engine that powers the Bronco is the familiar 5-litre Coyote unit from the Mustang GT, but here it produces somewhere around 400bhp. This is connected to Ford’s 10R80 ten-speed automatic transmission, which is a beefier unit sourced from the F150 pick-up rather than the one found in road-going Broncos.

While it’s unlikely that the road-legal Bronco Raptor will feature a V8 engine, this racer does verify that the Coyote does indeed fit in the Bronco’s T7 architecture, and put weight behind the notion that it was at one point being considered for use in both the Bronco and Ranger Raptors. Rumour has it the 5.2-litre Voodoo unit from the old GT350 fits too…

Yet despite giving up on the V8 engine, intense customer interest in the new Bronco Raptor does mean development is surging ahead, with the new model due to be revealed in the next few months with a twin-turbocharged V6 engine.