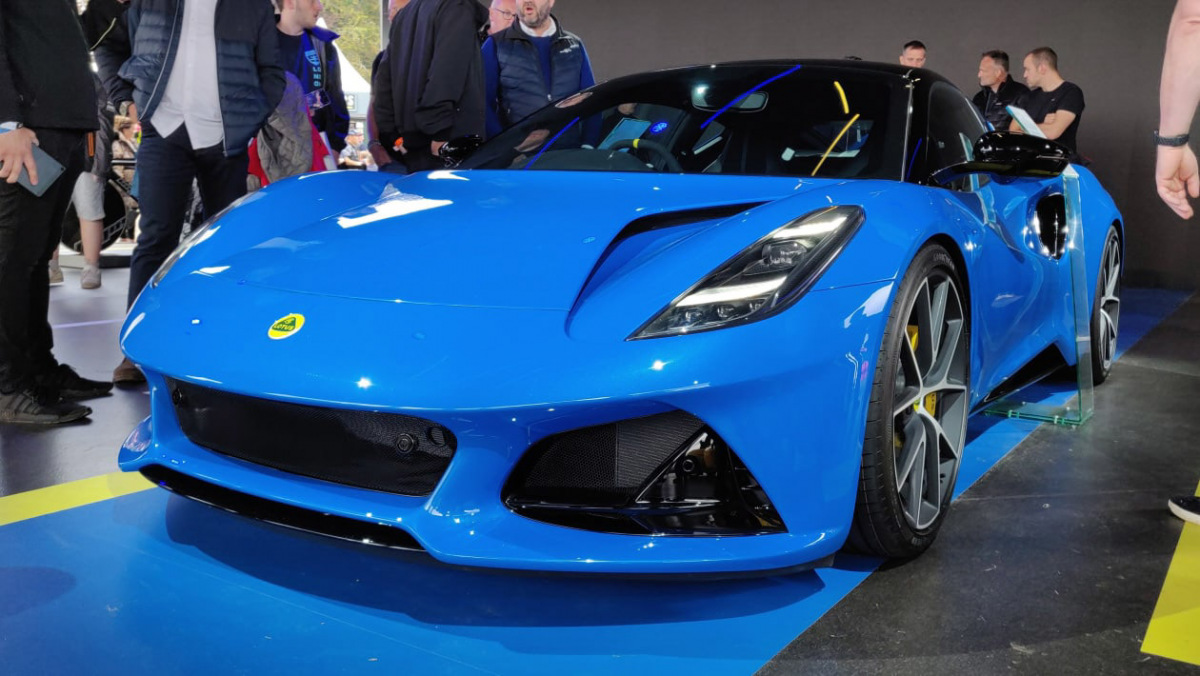 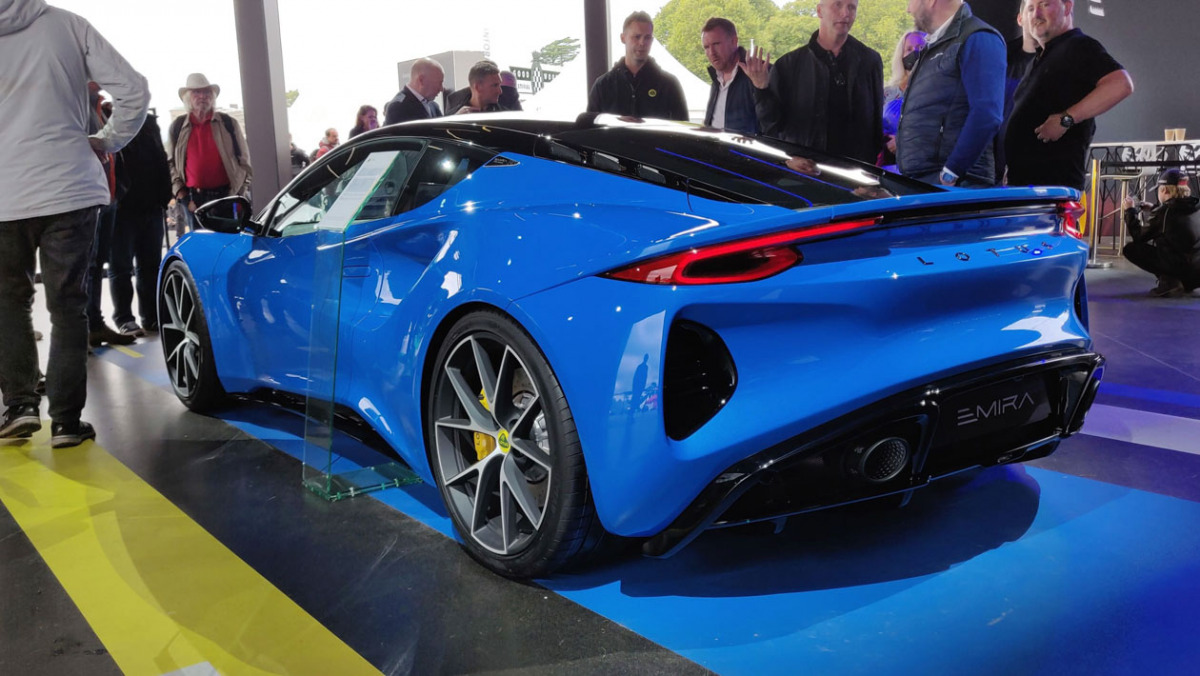 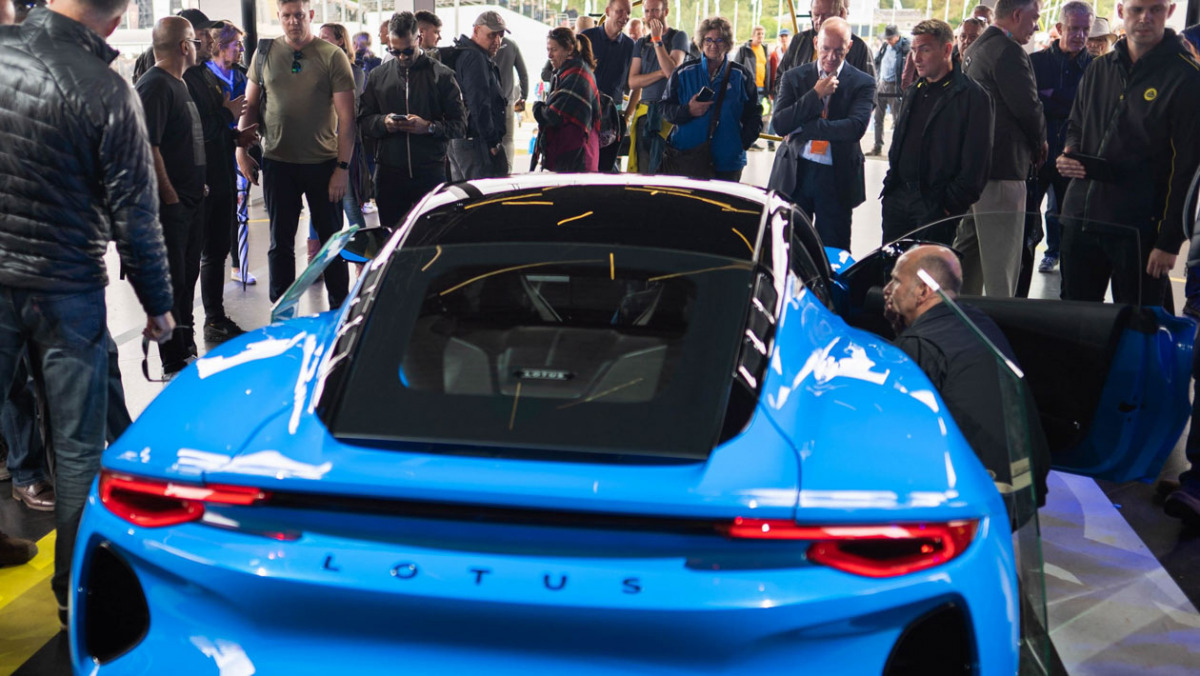 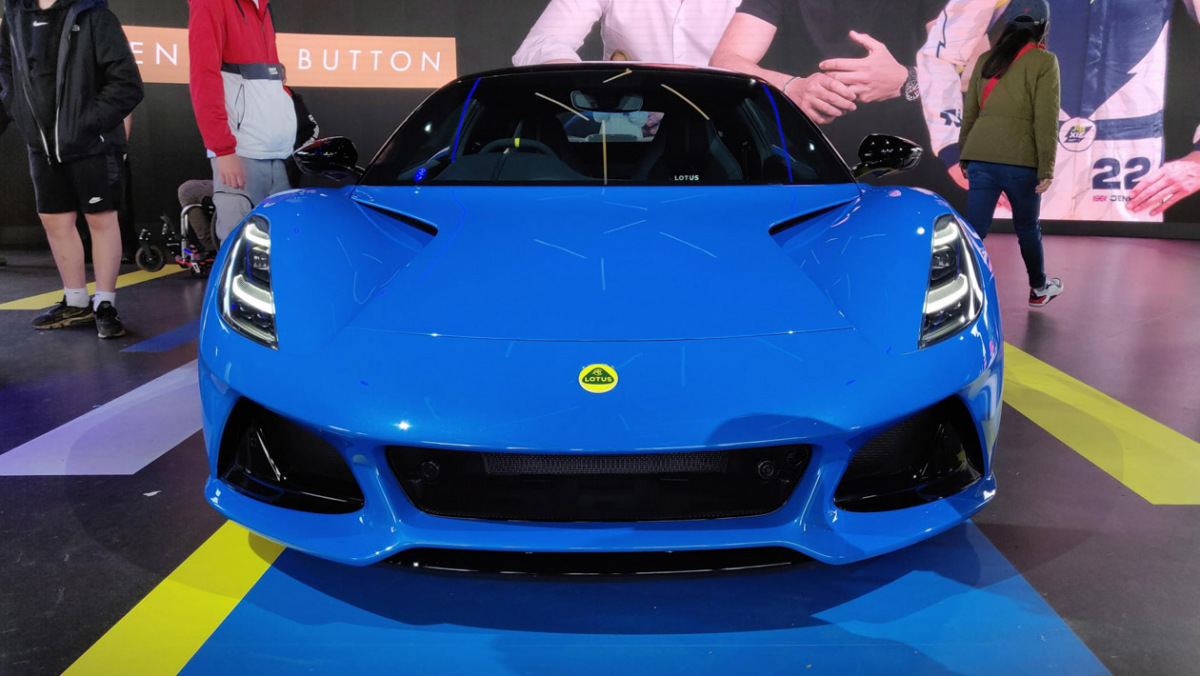 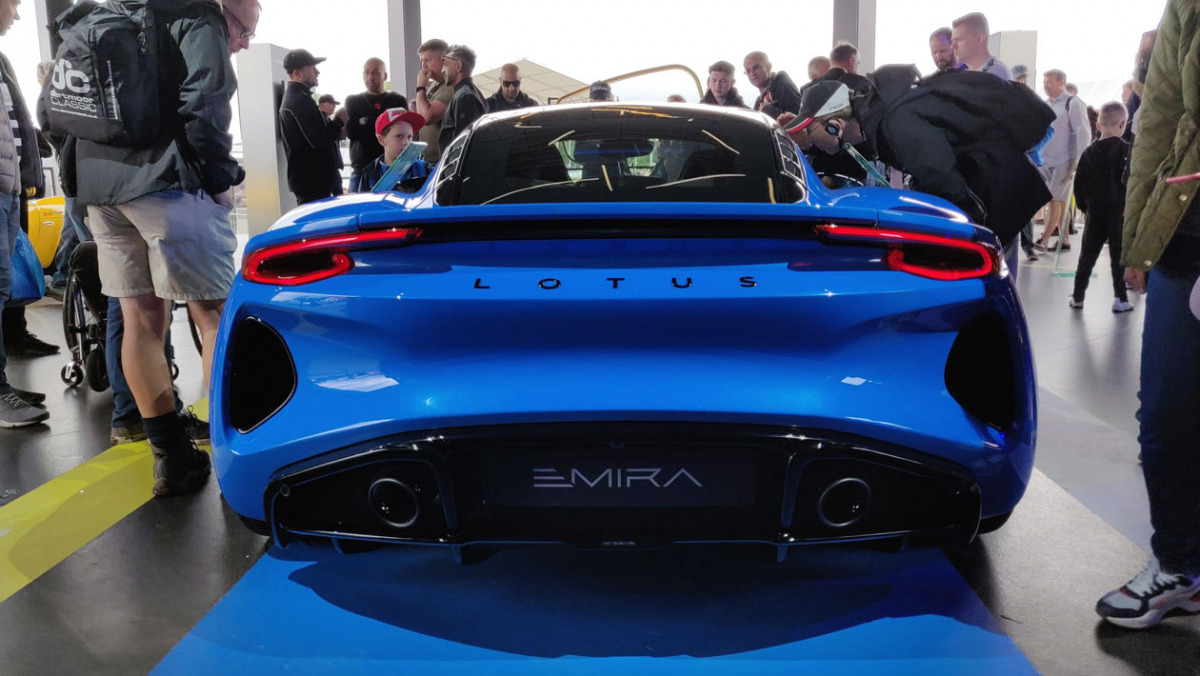 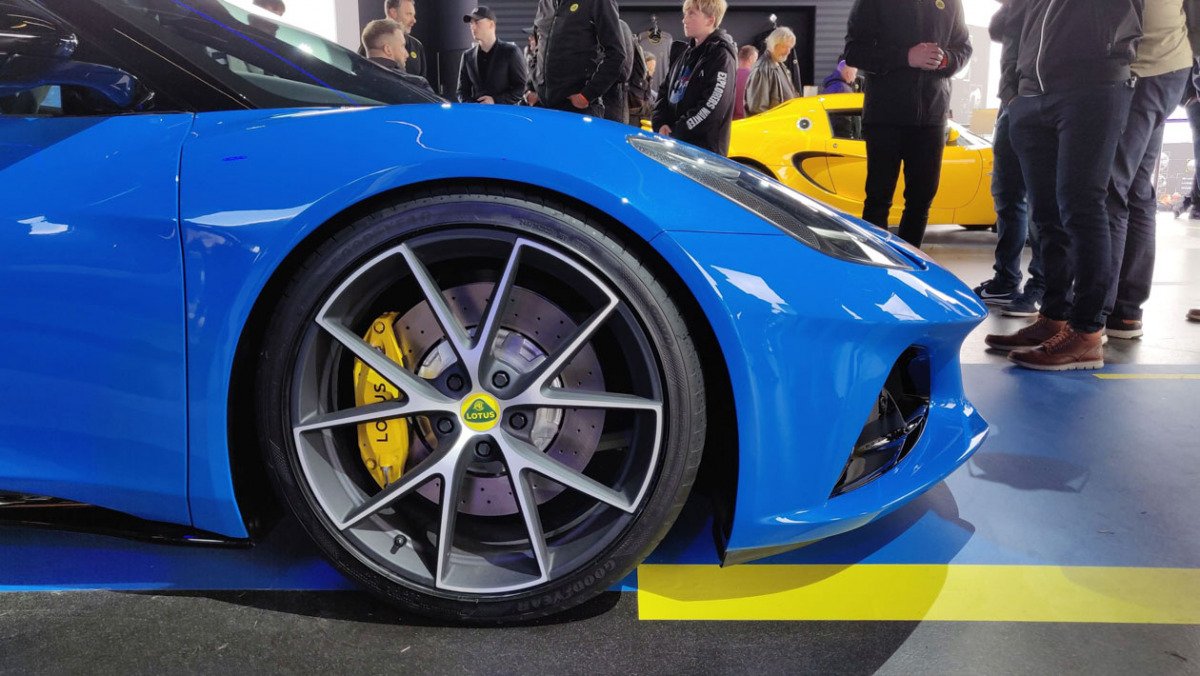 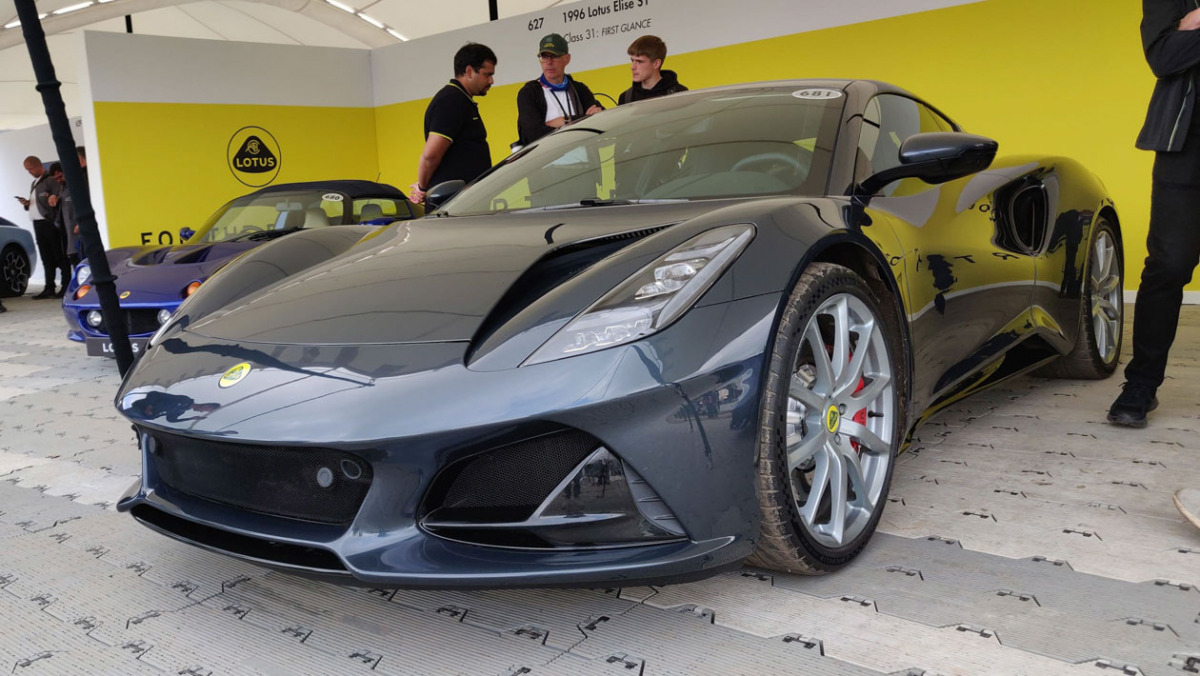 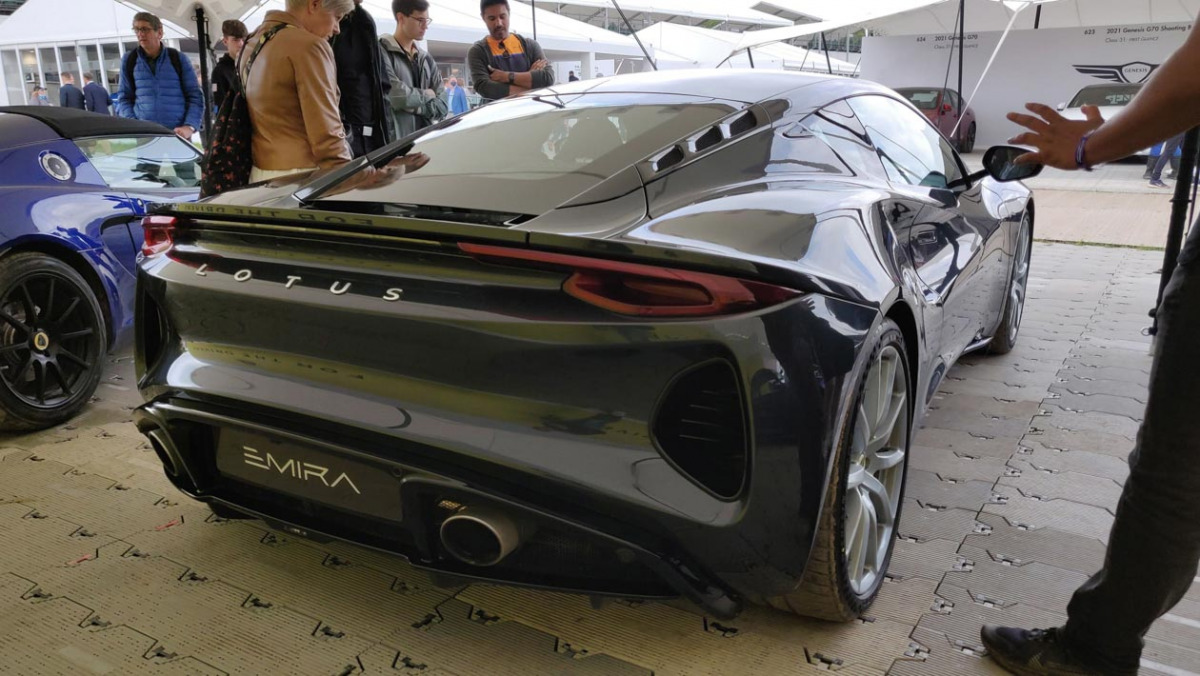 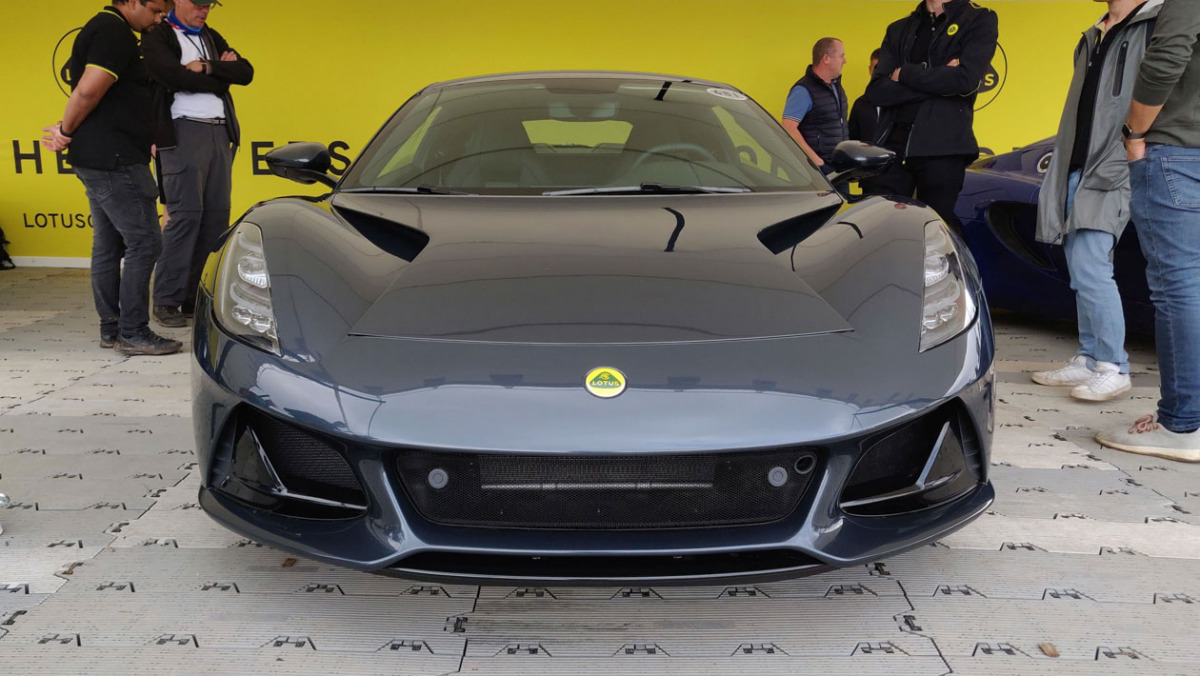 It’s been a long time coming, but there’s plenty of reason to believe that the new Lotus Emira might finally be the beginning of the British marque’s new era. That’s because the all-new Emira is just that, all-new, and combines traditional Lotus engineering techniques such as a bonded aluminum chassis, a mid-engined layout offering two powertrain options – the 3.5-litre supercharged V6 from Toyota and Mercedes-AMG’s two-litre four-cylinder engine from the A45 – along with a raft of technology that delivers Lotus into the 21st century.

The new Emira is a direct rival for Alpine’s A110 and the Porsche 718 Cayman, sitting between the two mid-engined cars in terms of focus and proposed performance with two very different engine options offered with three very different transmissions. With First Edition models priced between $80,000 and $110,000 (the Emira’s full specification will be confirmed in September) and due to hit the road in the spring of 2022, the new Emira is the beginning of the next chapter in Lotus’s colourful history. It will also be the last pure internal combustion engine sports car the company will develop from scratch, before Lotus turns to its intensive electrification programme, which will also see it work alongside new technical partners like Alpine.

The first powertrain the new Emira will use is the familiar supercharged 3.5-litre V6 from Toyota, rated at somewhere around 400bhp (in its most potent form it produced 430bhp in the Exige). It’ll be available with both a six-speed manual (complete with an exposed gear linkage as in the current cars) or a six-speed torque-converter automatic with a limited slip differential also fitted.

Changes to the engine over the Evora and Exige application include work on the induction and exhaust system to improve throttle response and give it a more textured vocal range to eradicate the on-off noise generated by the outgoing models.

The V6-engined car will form the upper end of the Emira range, with a circa $100-115,000 starting price and rivalling more serious sports cars such as Porsche’s Cayman GTS 4.0 and the BMW M2 Competition.

This engine isn’t expected to last though, with the proposed EU7 emission regulations due in 2027 signalling the end of V6 for European and UK Lotus customers, although it could continue to be offered in other territories with less stringent emission controls. It’s for this reason why Lotus turned to a second technical partner, Mercedes-AMG to prodrive an alternative power source.

Lotus has turned to new technical partner AMG to supply the second powertrain for the mid-engined Emira, with the German marque’s 2-litre turbocharged four-cylinder engine from the A45 hot hatch. As in their applications within AMG, this engine will only be available with AMG’s dual-clutch transmission.

Using the more powerful M139 from the A45 models, the four cylinder engine is some 50 kilos lighter than the V6, and while initially it will only produce 360bhp in the Emira Lotus hasn’t ruled out more powerful derivatives in the future.

However, this engine is also subject to scrutiny to the proposed EU7 emissions regulations, which could mean it too could be unavailable for European and UK markets. But, the partnership between Lotus and AMG means other options are available to Lotus should the Emira require a new engine; although while the new four-cylinder hybrid engine for the forthcoming C63 would fit, Lotus has no plans to offer a hybrid Emira. Or rather, it’s not in the product plan yet.

All Emira models are underpinned by the same extruded aluminium chassis pioneered by the Elise 25 years. This new bonded aluminium chassis houses both transversely-mounted powertrains, has a wider track than the Evora and double-wishbones and coilover dampers at all four corners with anti-roll bars front and rear. Two very distinct chassis setups will be offered regardless of powertrain – Touring and Sport – the latter available as part of an optional Drivers Package that lowers the ride highest and includes uprated dampers, springs and anti-roll bars. And for the sceptics out there, not a single piece of suspension has been carried over from the Evora.

Being larger (in most directions) than both the Cayman and Alpine – it’s not far off some current Porsche 911 Carrera dimensions –  and without the featherweight-focus of the latter, the Emira won’t be as lithe as its French counterpart, weighing in at 1405kg at its lightest, a near-300kg rise. This does make it bang-on the weight of a Porsche 718 Cayman GTS 4.0, but weights remain to be confirmed for the four and six-cylinder Lotus models.

There won’t, however, be a roadster or targa-top variant, with Lotus prioritising ultimate dynamism over an open-top experience.

Adding weight is not part of the Lotus DNA and great lengths have been taken to keep the gain as low as possible, so while 60kg of new technology has been added to the car it only weighs 11kg more than the Evora 400.

Lotus has kept steadfast in its application of purely hydraulic steering, though, joining McLaren as one of the very few manufacturers that have resisted fitting electric steering in favour of its cleaner feel, despite an admittedly tiny compromise in fuel consumption. To this Lotus has designed and developed its own all-new steering rack to maintain its signature feel and texture in a car that is fitted with 20-inch tyres.

As with any modern performance car there are switchable driver modes, but these are restricted to the throttle and gearbox mapping (the latter only on cars with the double-clutch or automatic gearbox fitted obviously), due to the passive chassis and hydraulic steering. And also Gavin Kershaw’s philosophy that the chassis and the steering’s weight and its rate of response shouldn’t need to be adjusted if you want to go quicker if the engineers have done their job correctly in the first place. Which is refreshing to hear.

In fact, Russell Carr and his design team were inspired by the Evijia hypercar, a project they had already embarked upon when they were given the go ahead to begin work on the Emira in 2018.

Look at the two cars side-by-side and you can clearly see a very close relationship between the two, such as the bonnet where the shutlines into openings are integrated within the surfacing, and the new vertically stacked LED headlights and wheel arch peaks are also straight from the Evija. 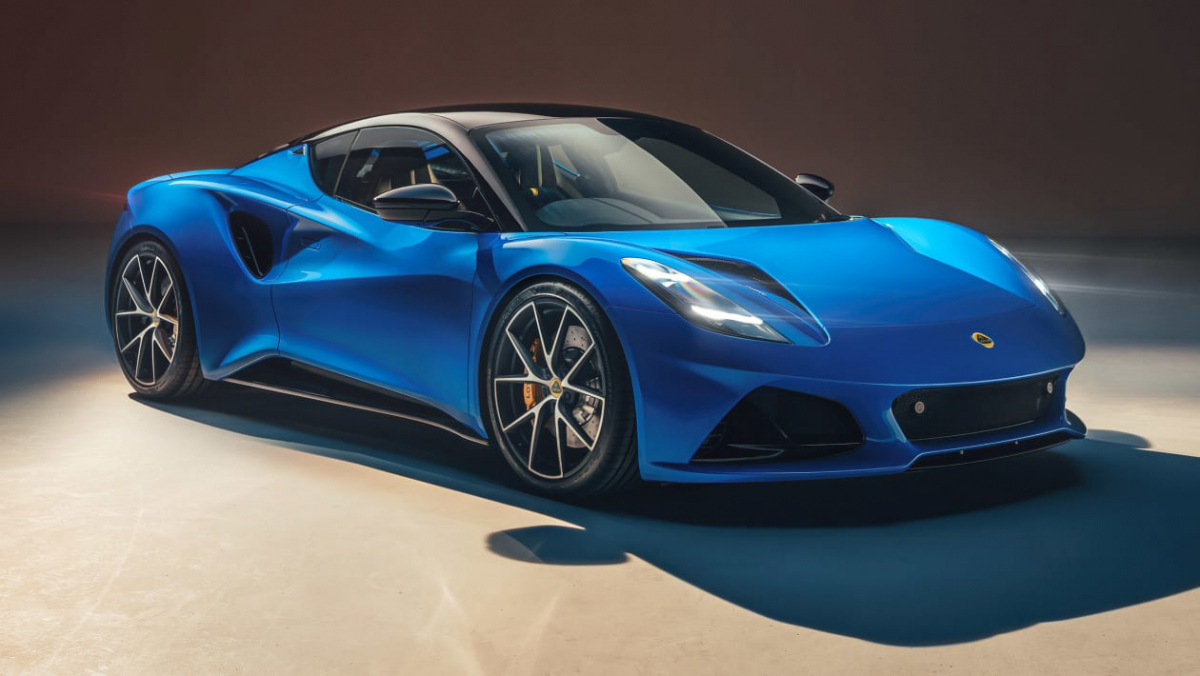 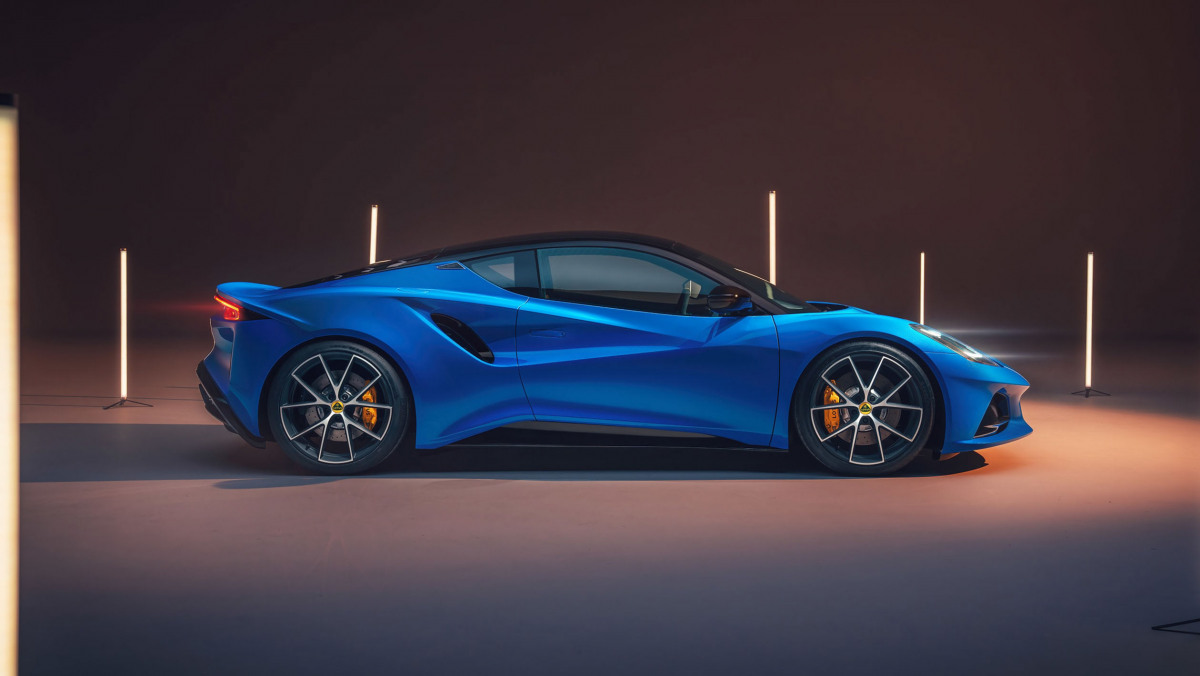 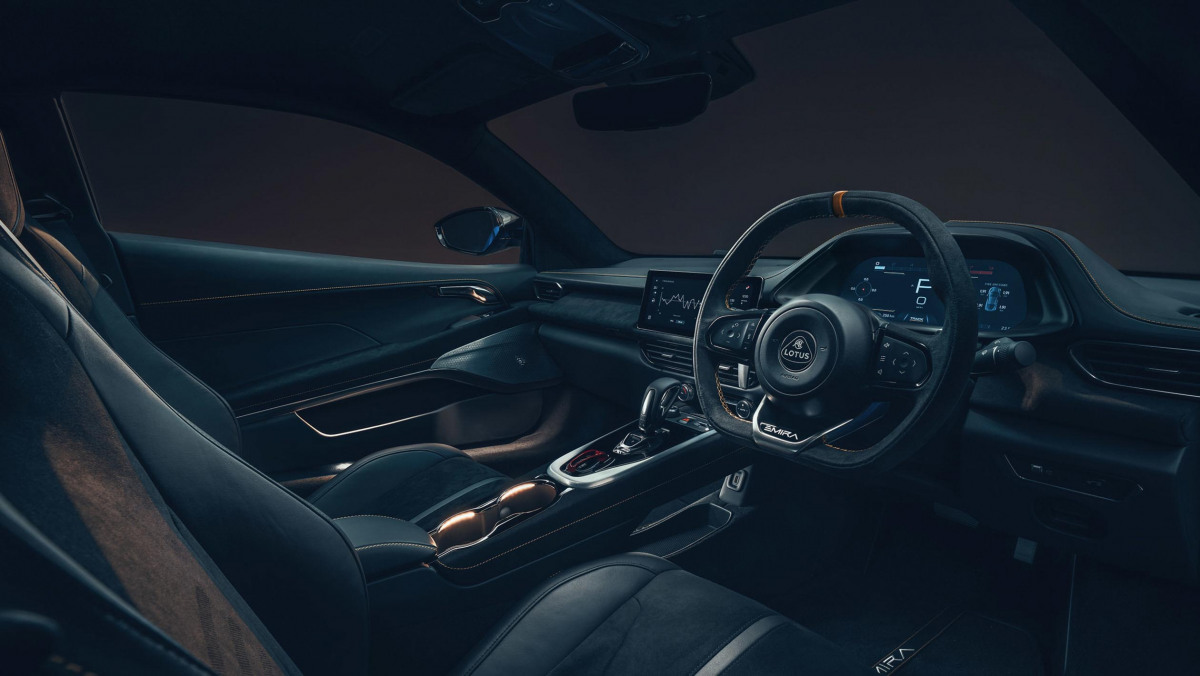 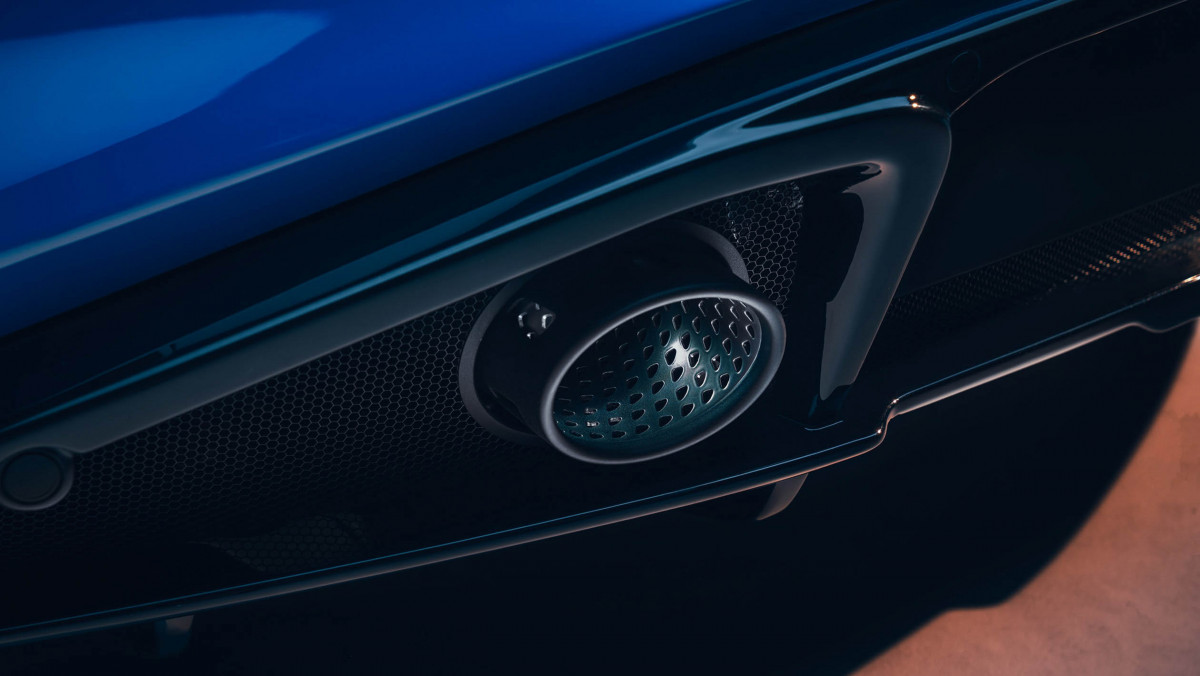 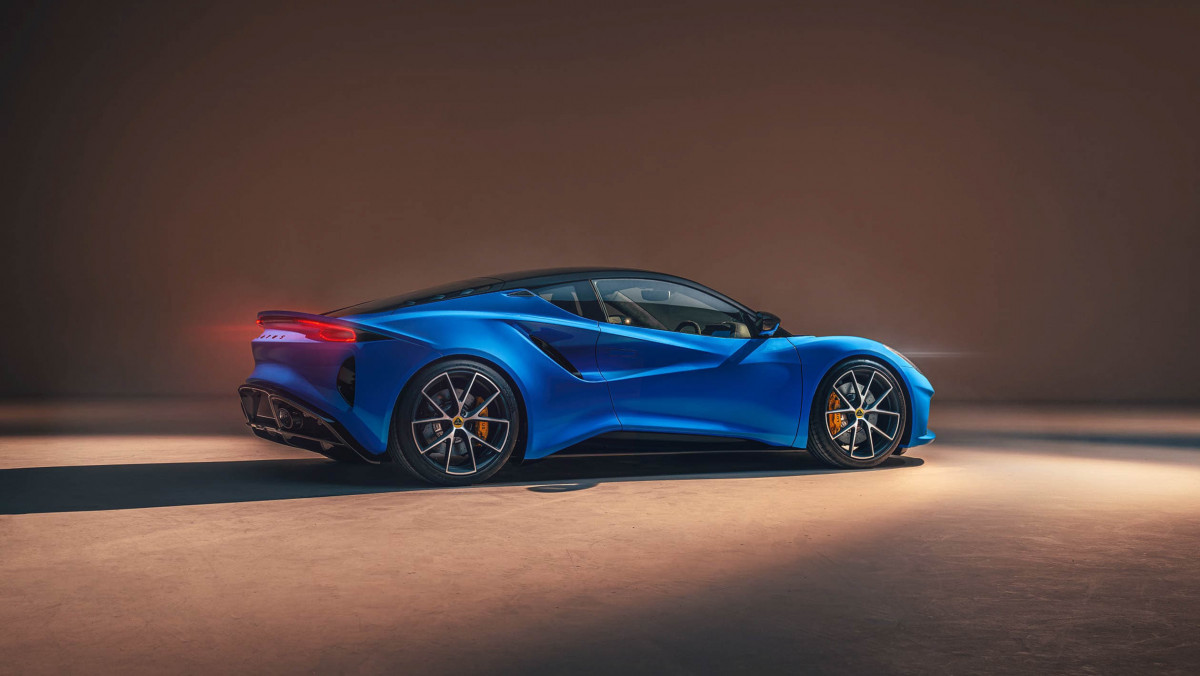 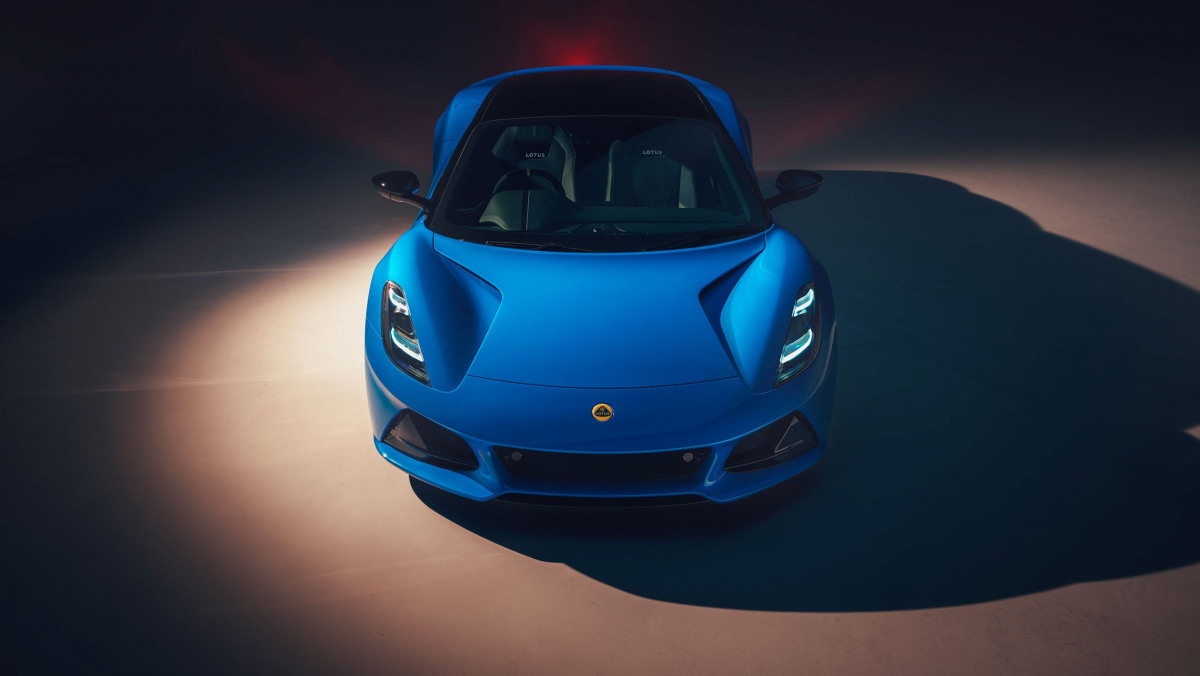 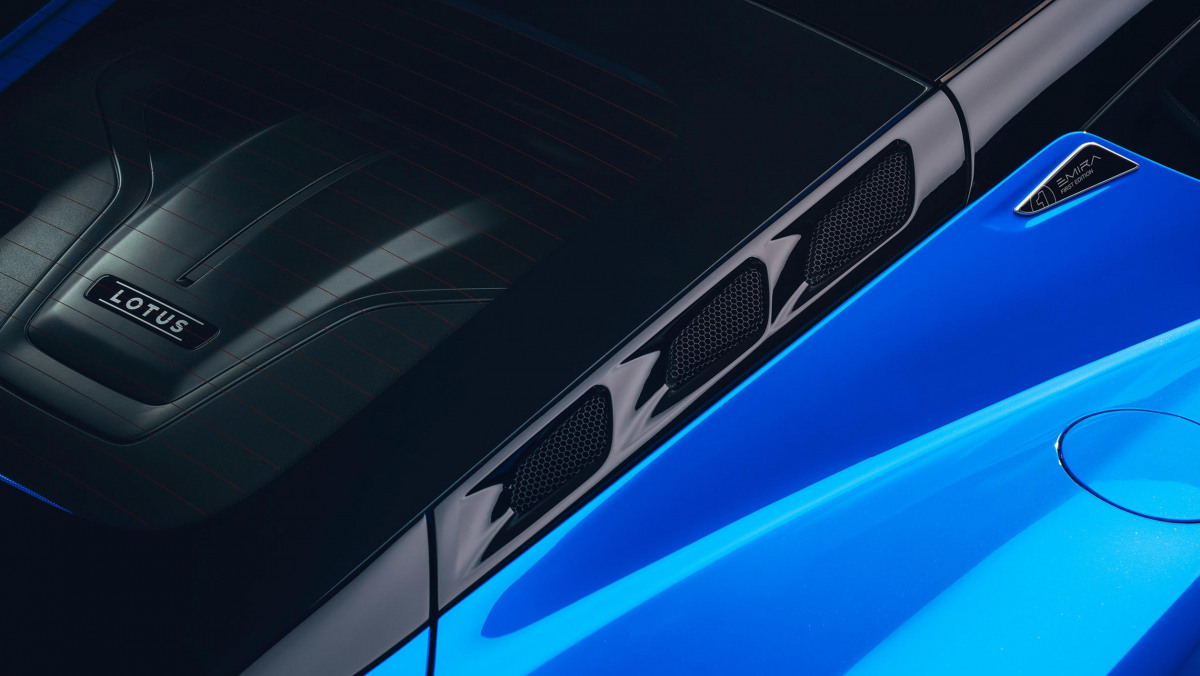 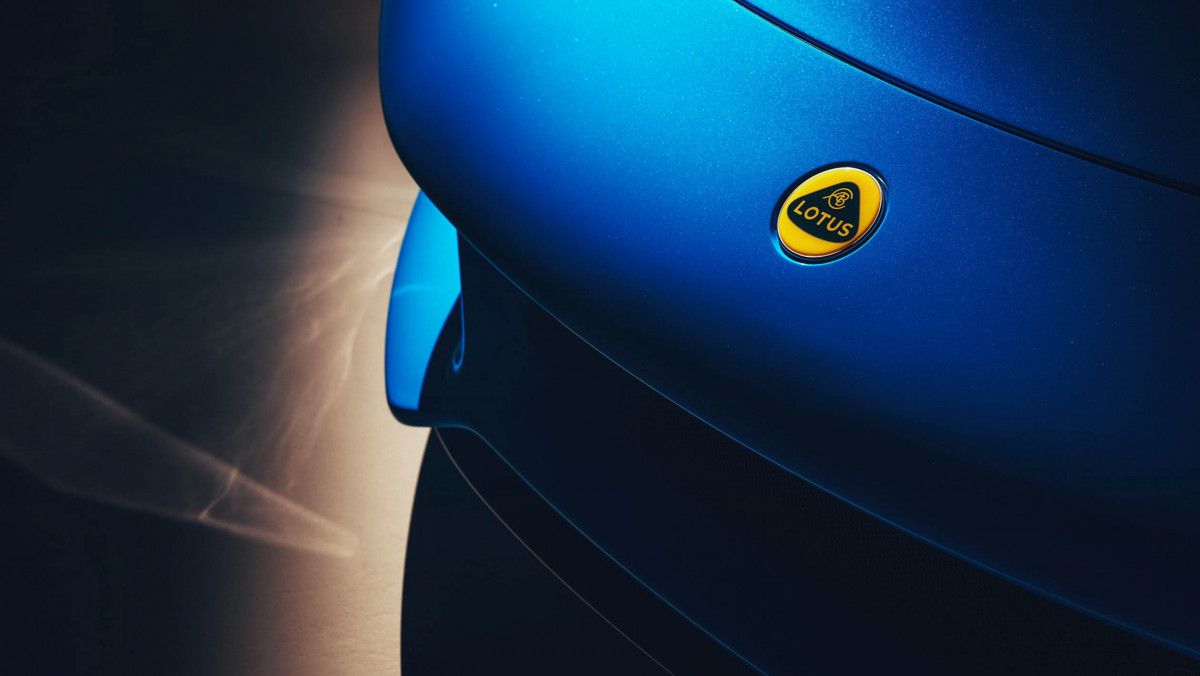 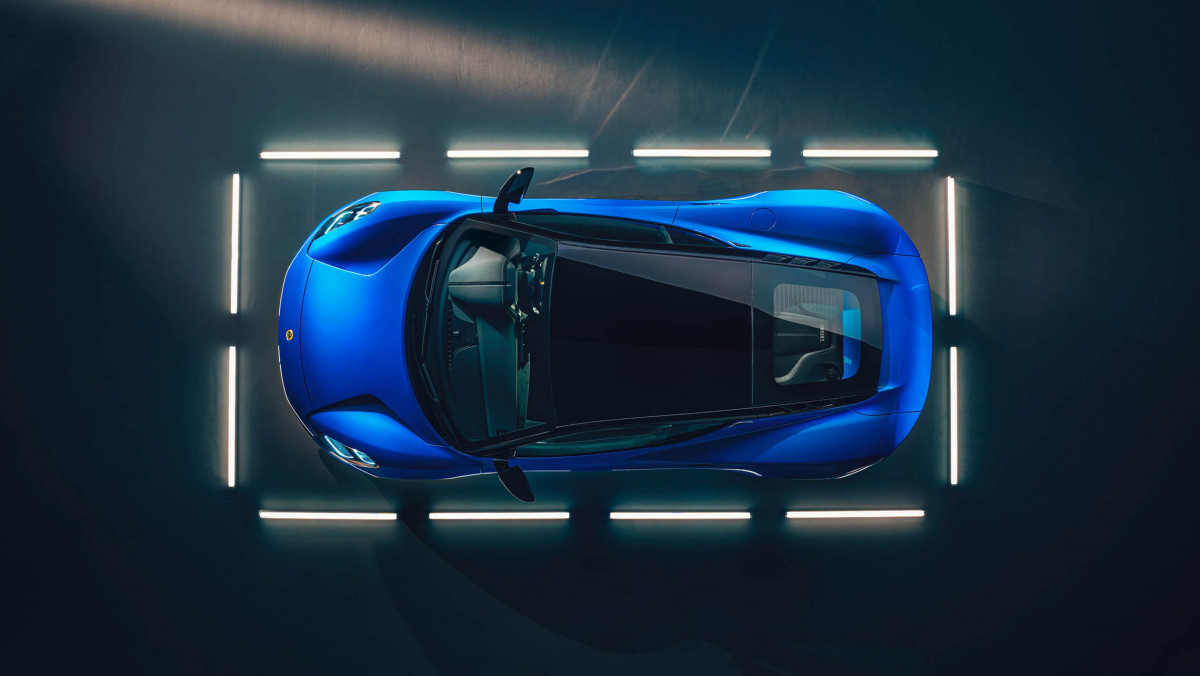 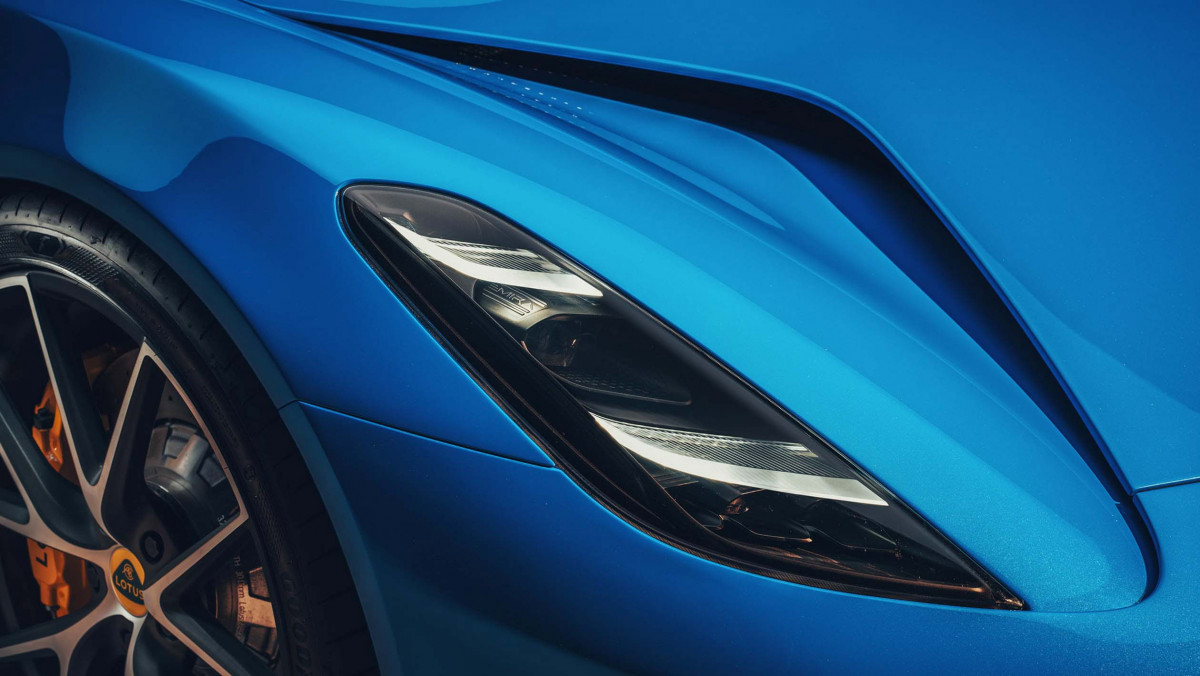 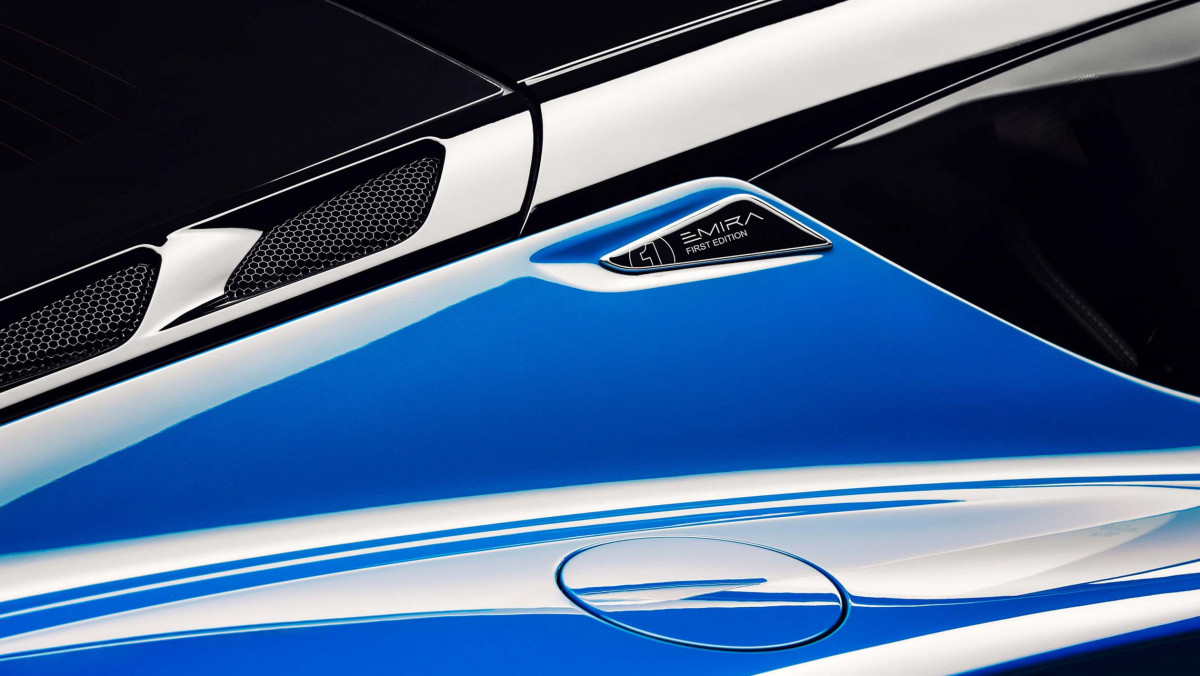 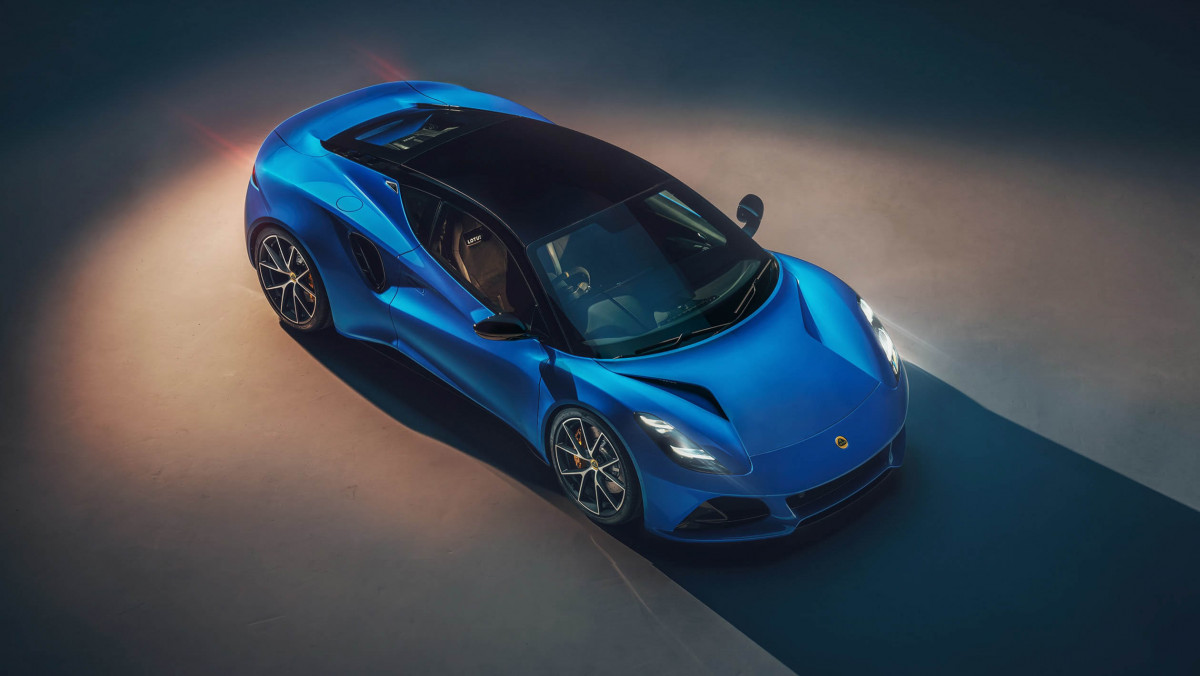 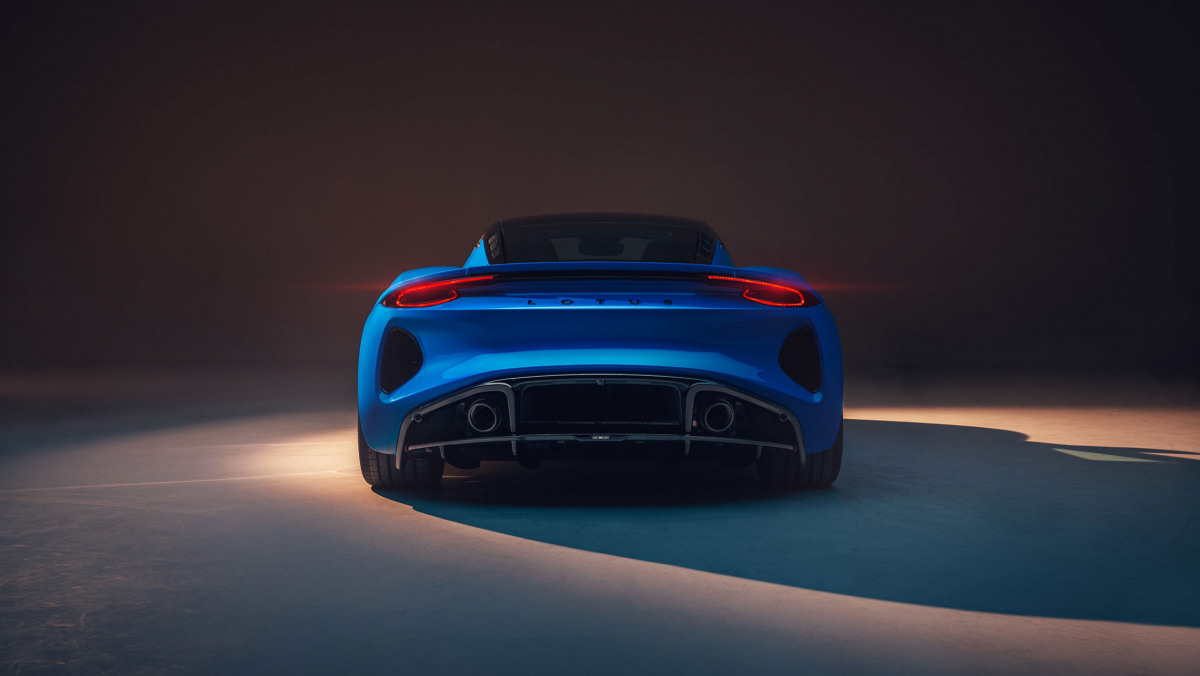 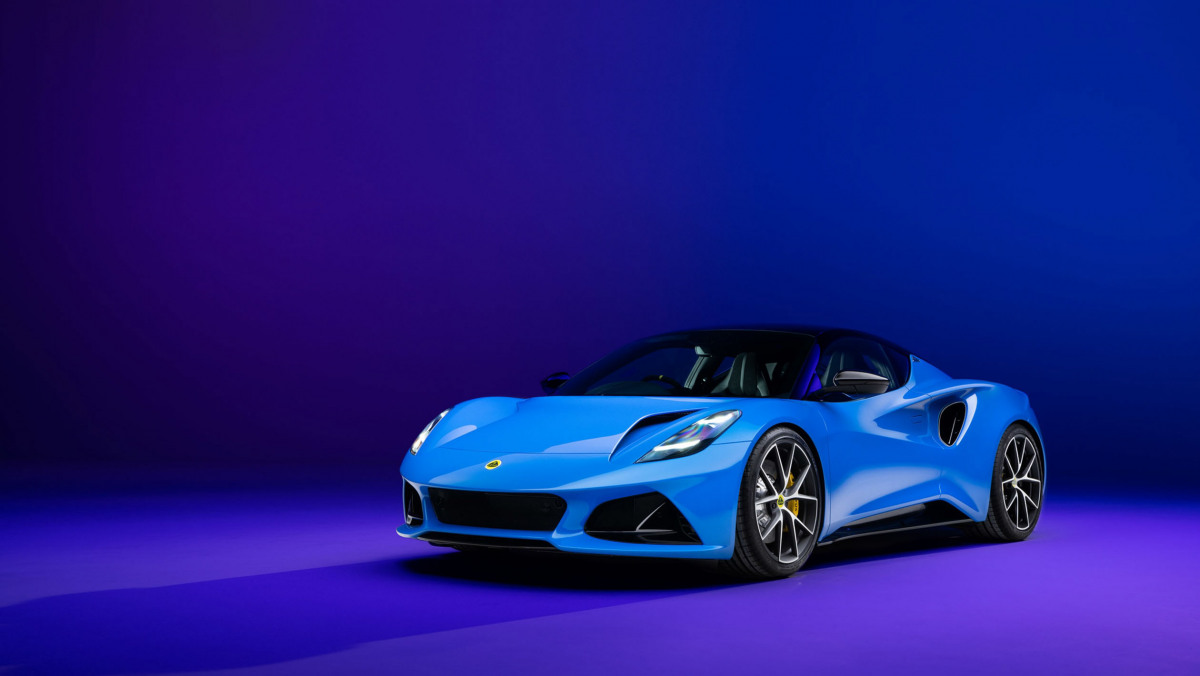 The cabin is simple, elegant and a huge step forward in terms of quality, finished to a standard unseen from a car built at Hethel, which is down to the impressive new production facility the Emira will be produced in.

Inside there’s a high double-layer centre console not unlike the Alpine A110, topped with sharp digital interfaces (the electrical architecture is taken from parent company Geeley) and minimal controls. Key functions such as the air-conditioning controls and volume are still physical switches or buttons, so too the engine start button that lives underneath a flip-up cover not unlike a Lamborghini.

The Emira was shown in further detail at the Goodwood Festival of Speed, with final specifications and details set to be revealed in the period between now and its arrival into dealerships in the spring of 2022. From what we’ve seen, the Emira represents more than just new faith in Lotus, but also faith in the sports car – and just in time.