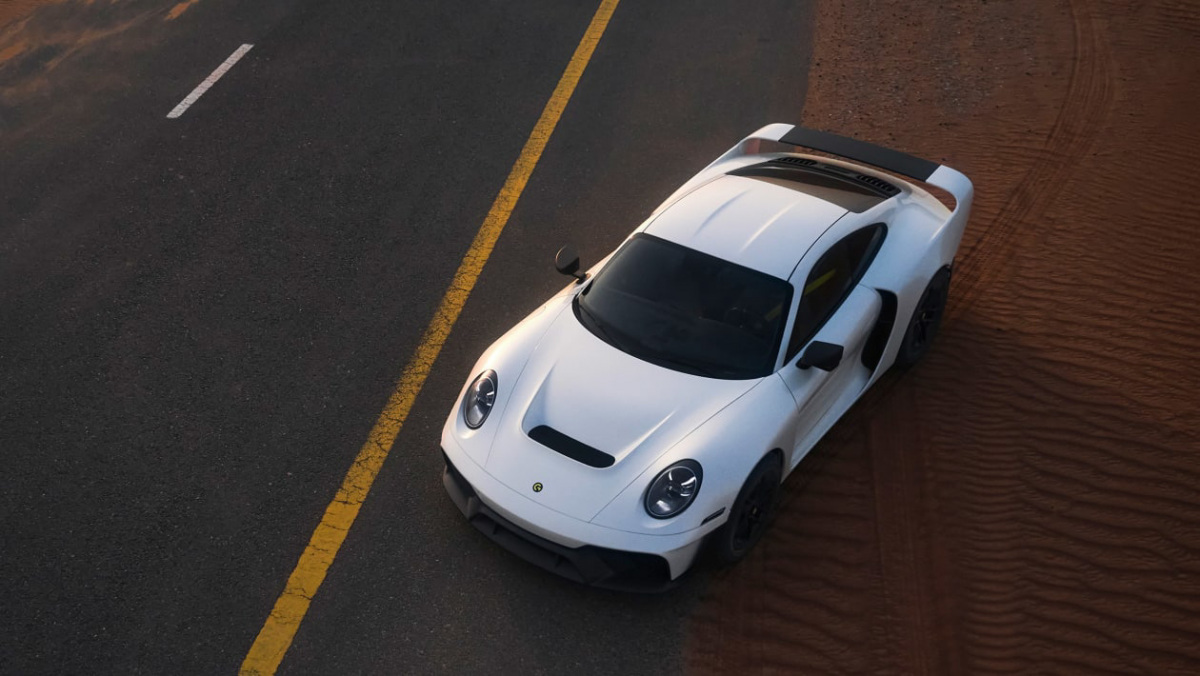 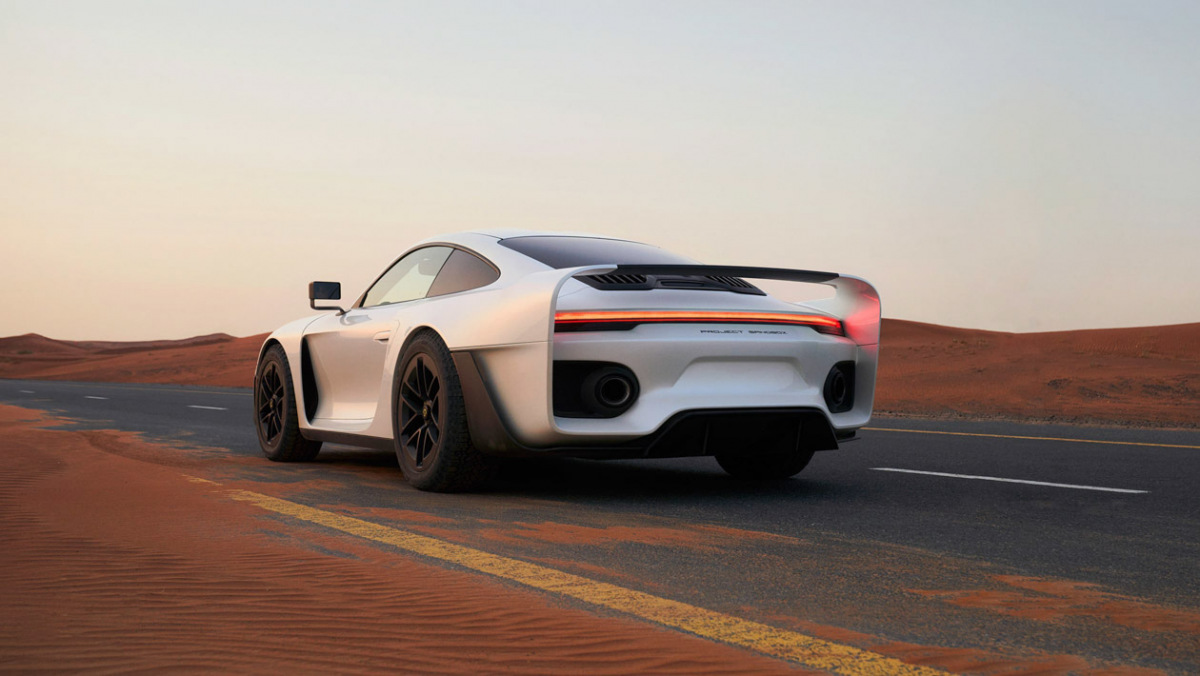 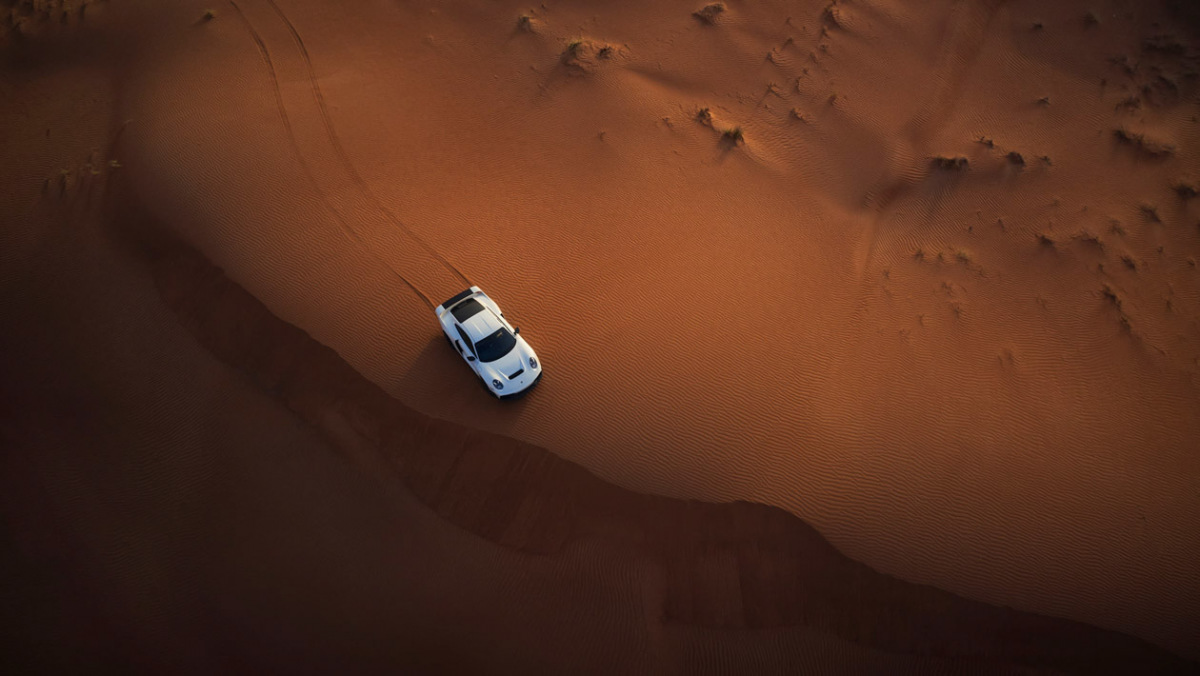 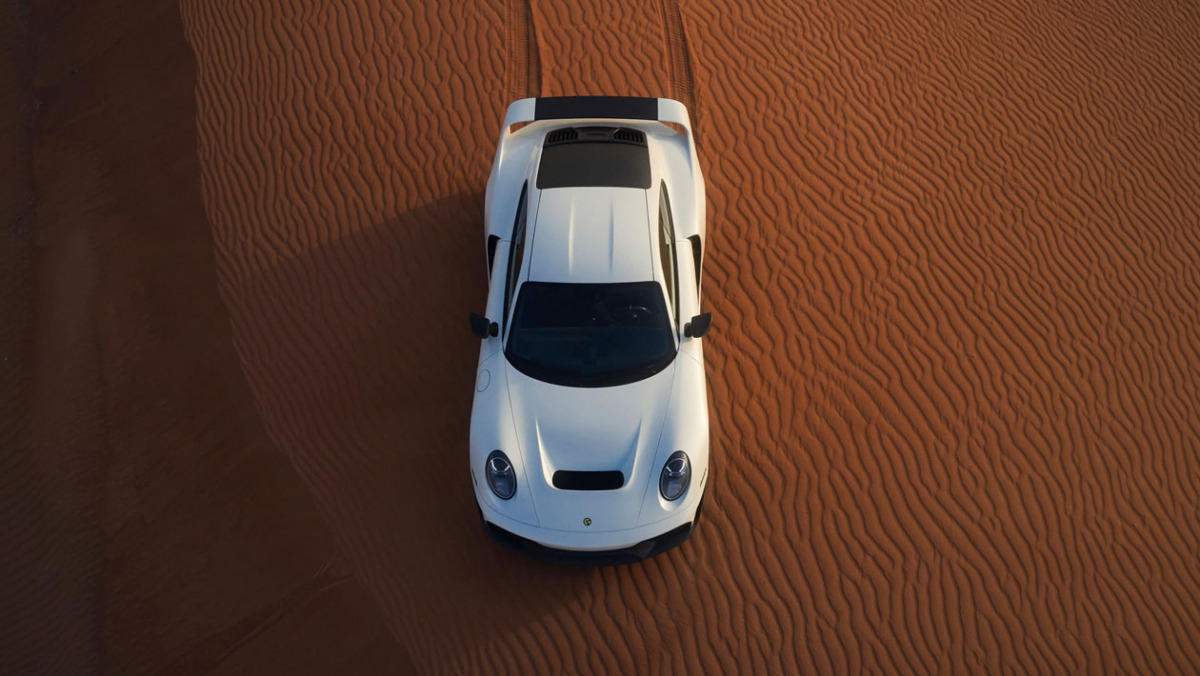 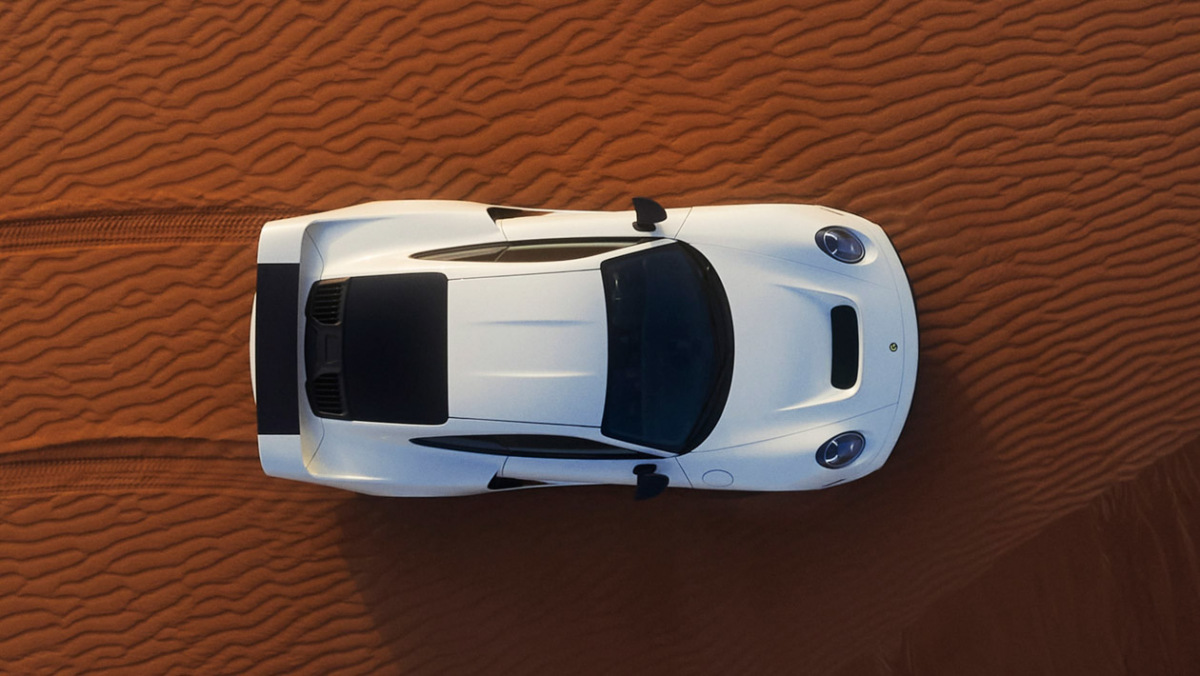 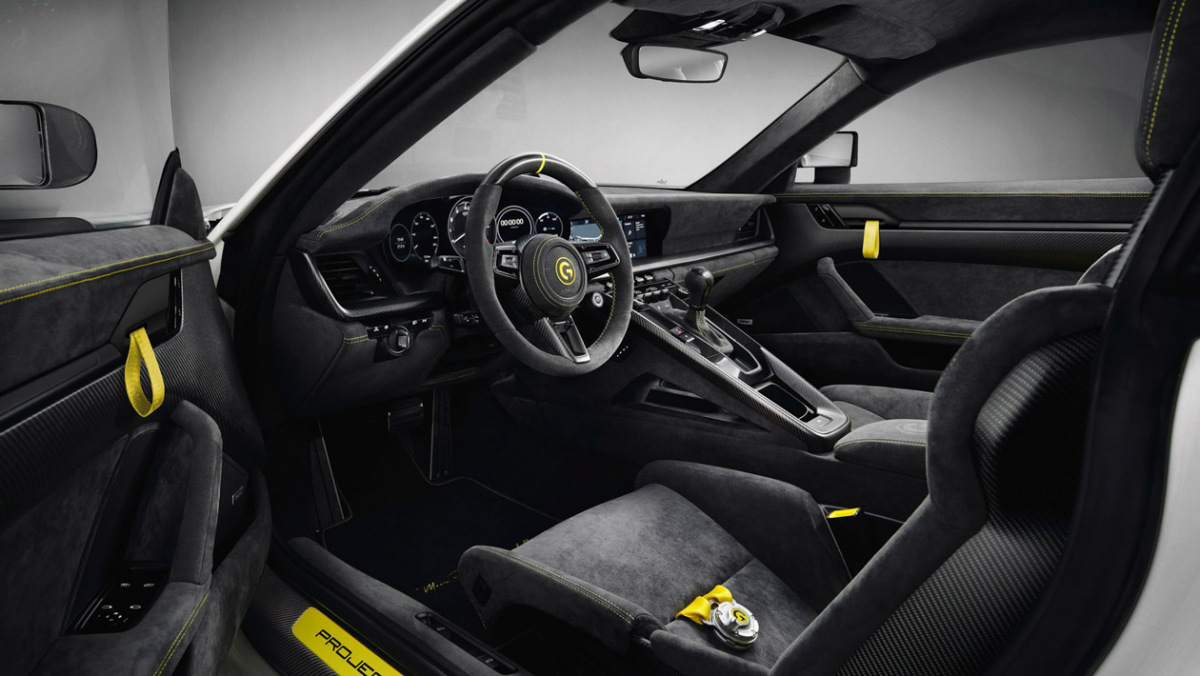 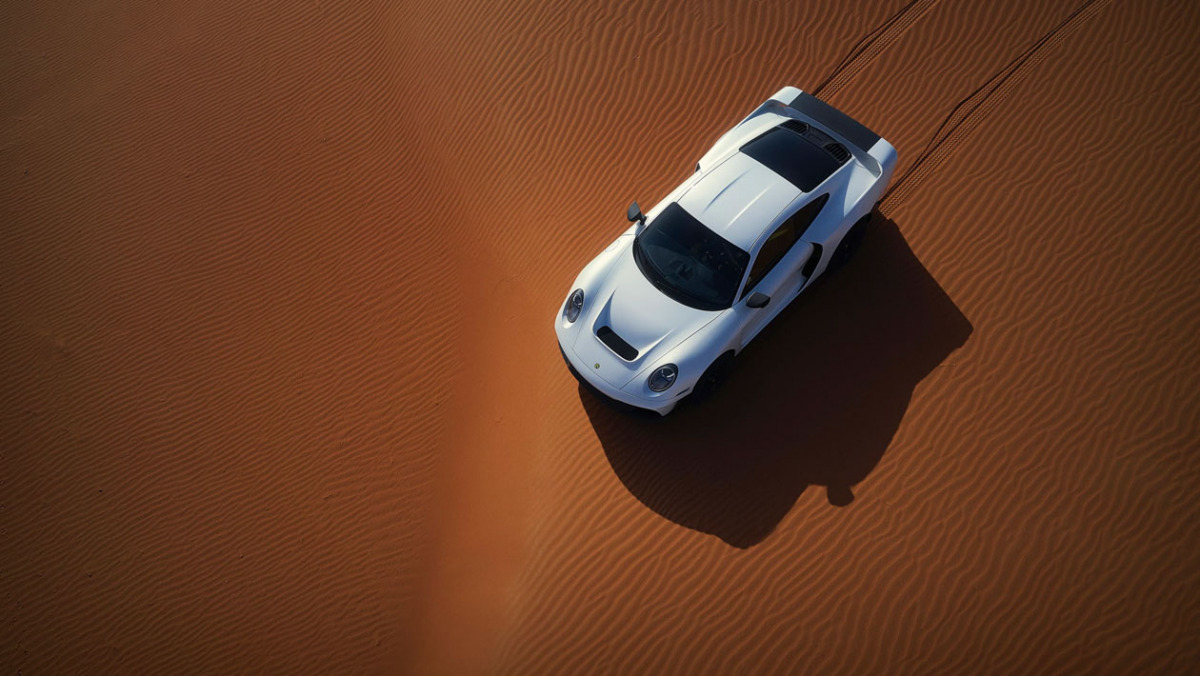 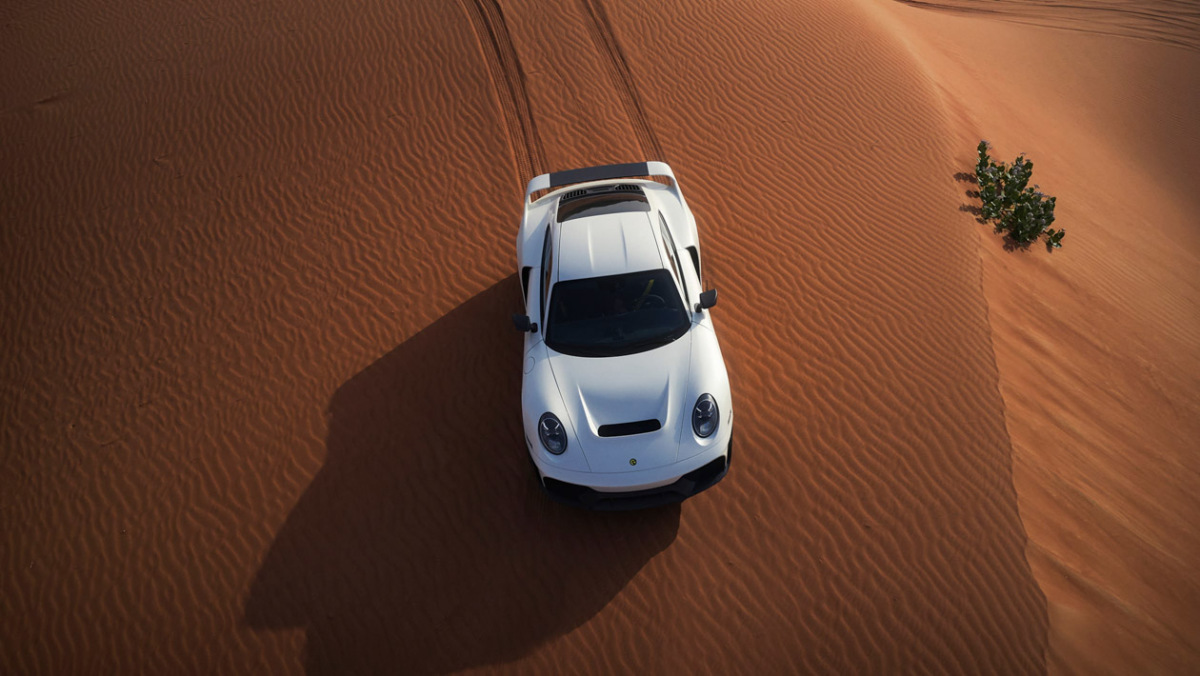 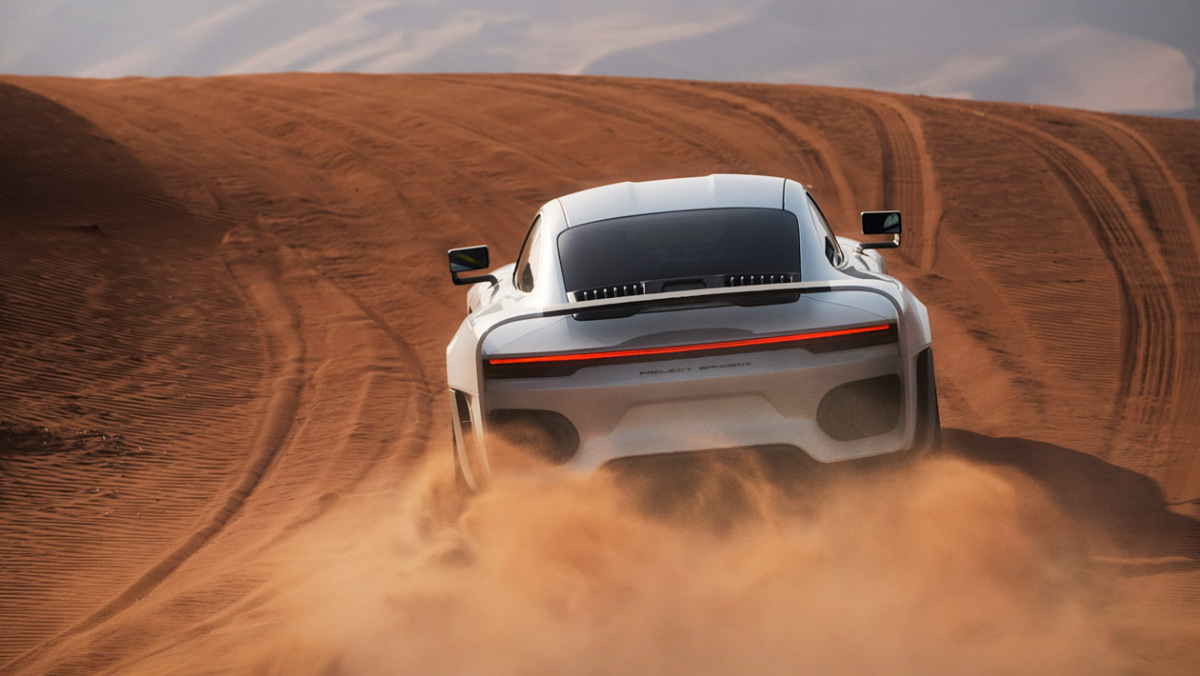 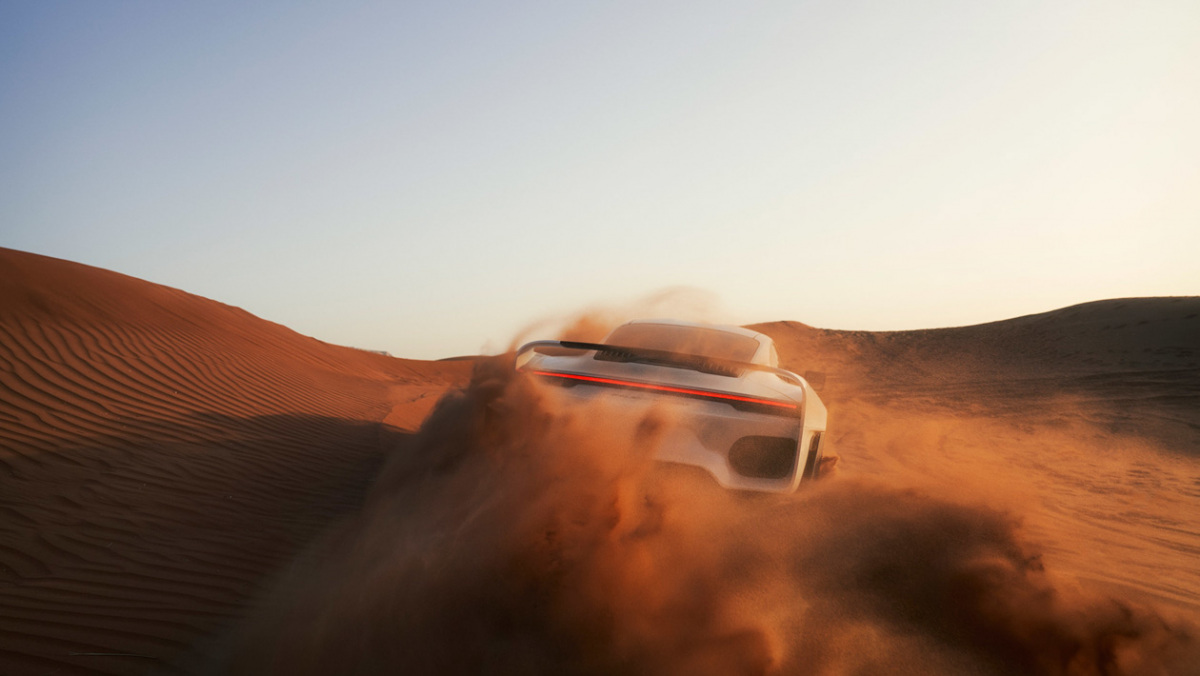 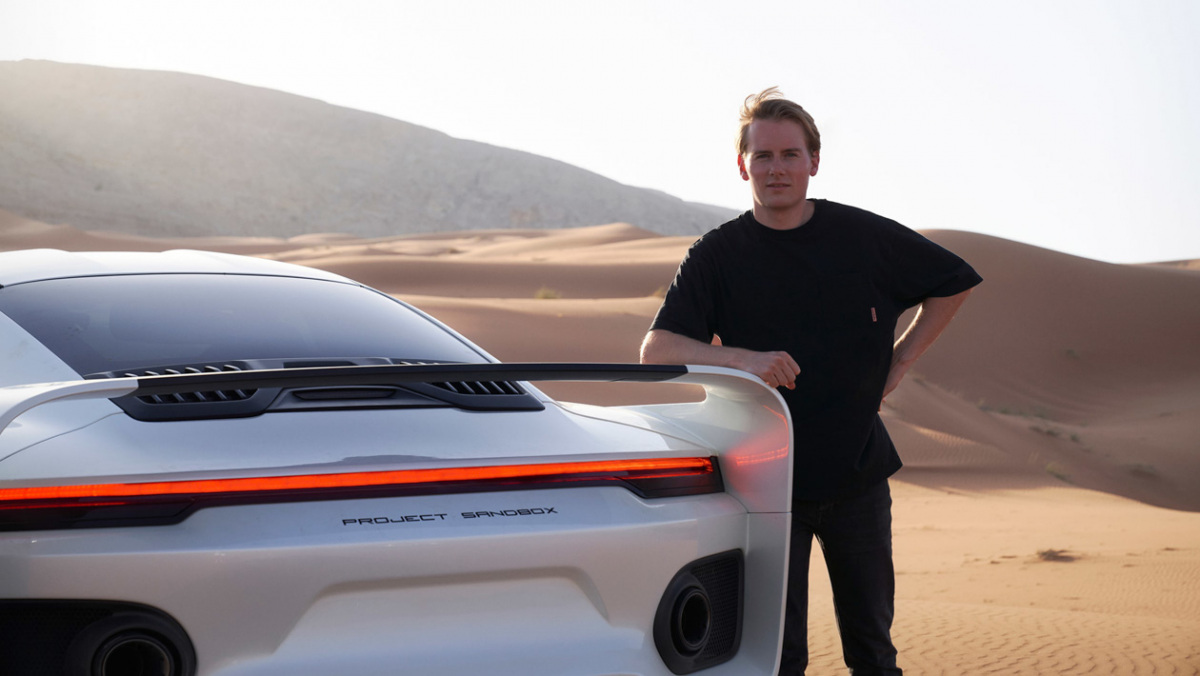 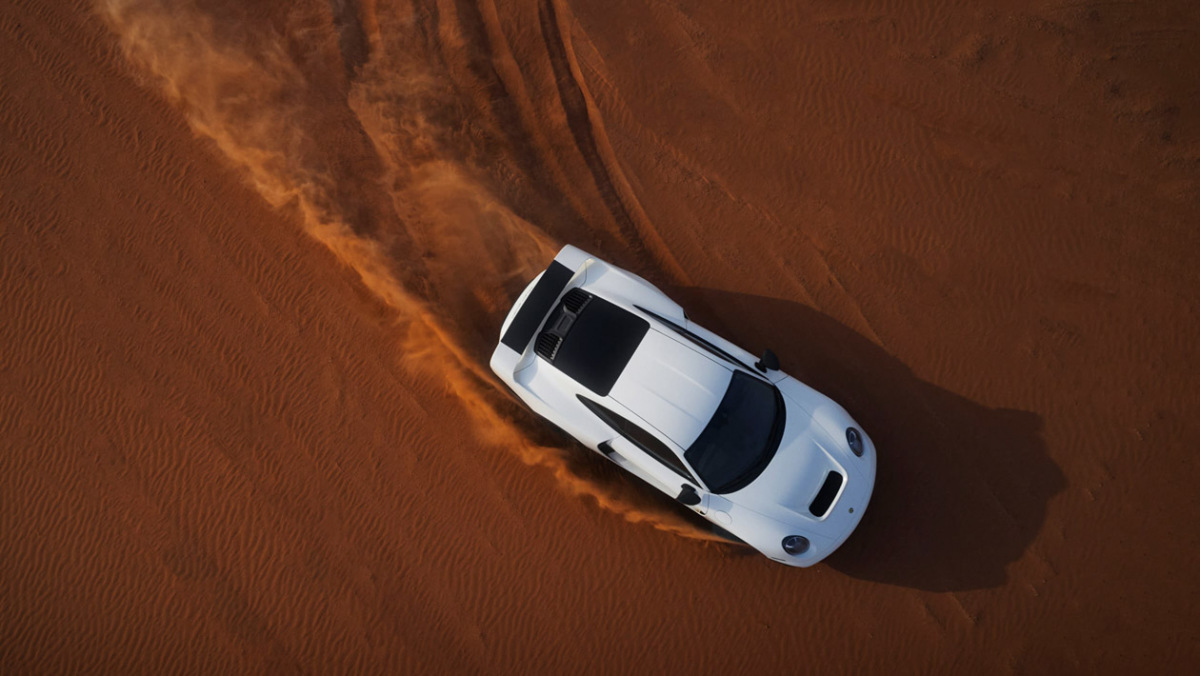 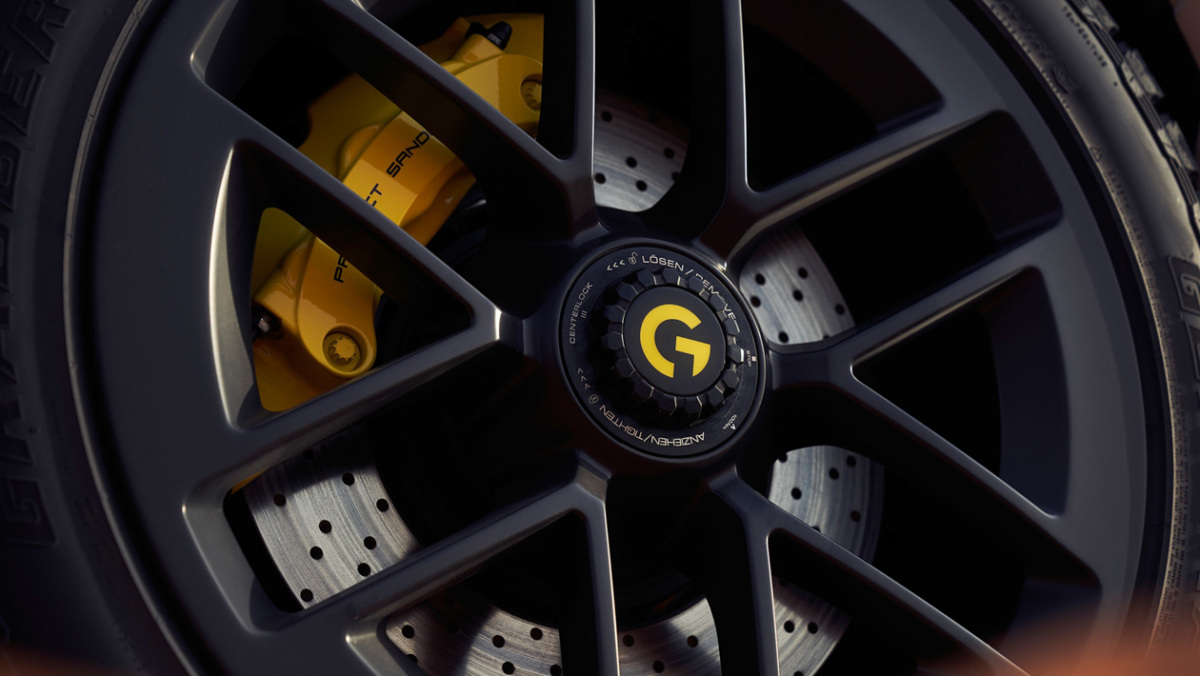 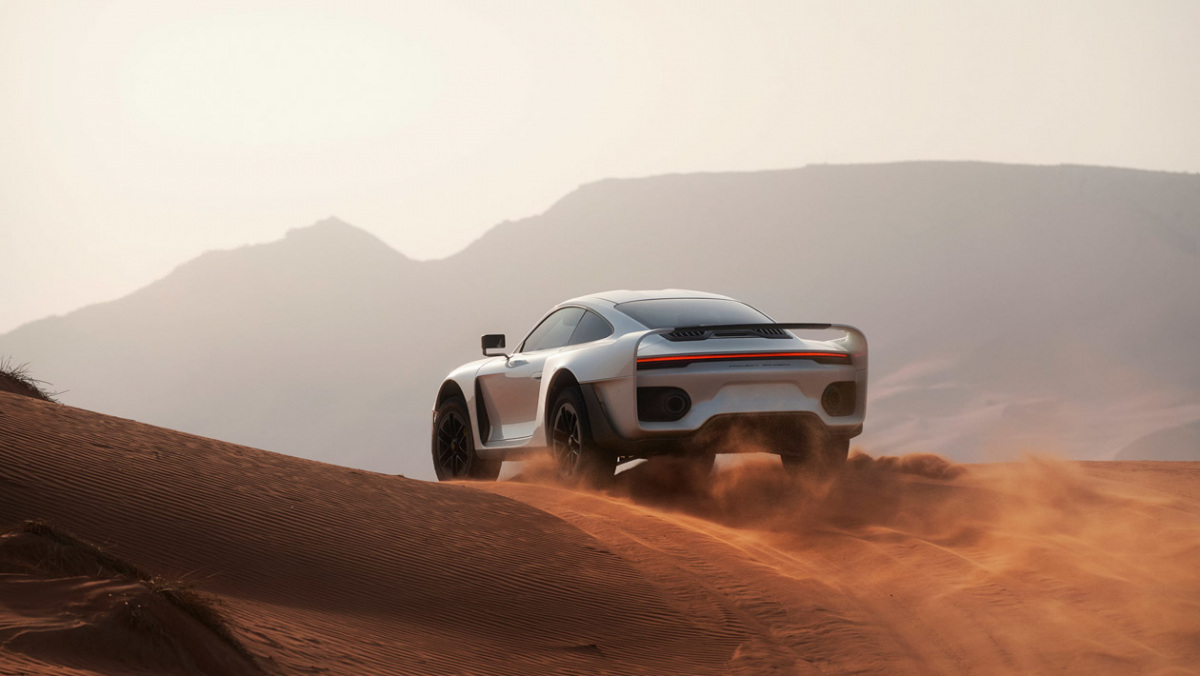 Those wishing to one day see a contemporary interpretation of the iconic Porsche 959 might just have had their dream come true with the reveal of the Gemballa Marsien – a heavily modified Porsche 911 Turbo S designed to emulate the iconic 80s Porsche, and in its Paris Dakar-winning form, no less. Yet this reincarnation is not from the Gemballa we’re already familiar with, rather Marc Philipp Gemballa, son of the late Porsche tuner thus introducing the next generation of the noted tuning company.

And what a transformation, as Gemballa’s typically outlandish design and focus on ultimate power figures have made way for a completely different interpretation of a modified 911. The Marsien – the name coming from the French for Mars – is a very different animal, with a totally bespoke body sat atop a modified 992-generation 911 Turbo S.

The body, designed by Alan Derosier, is constructed entirely of carbonfibre, sharing only its glazing and headlights with a factory 911. The wider arches front and rear, static hoop wing and hip-mounted intakes dominate the new design, and are all directly referenced from that iconic 959, but with an emphasis on off-road driving.

This off-roading supercar form is also reflected in the Marsien’s engineering modifications, with Gemballa engineering a totally bespoke double-wishbone front suspension design with unique driveshafts and reinforced front suspension joints from the Cayenne. KW Automotive has partnered with Gemballa in the development of new dampers specifically for the Marsien, too, with a new type of solid-piston damper that’s both adaptive and hydraulically height adjustable. As standard, the Marsien sits at the same height as a standard Turbo S, but is then able to be raised a full 250mm higher.

Customers are also able to optionally specify a further off-road package with a fixed ride height and off-road specialised Reiger dampers. As standard, all Marsien’s feature a full-length underbody aluminium skid plate, with a choice of two bespoke forged center-lock wheel designs on either Michelin UHP or All Terrain rubber.

The engine is also derived from the Turbo S, but with bespoke tuning from RUF in two output packages. The first is rated at 739bhp and 686lb ft, a rise of 98 bhp and 96lb ft over a standard Turbo S, with a second 818bhp system featuring uprated variable turbine turbochargers, new mapping and a reinforced PDK transmission. Akrapovic has also been drafted in to design the titanium exhaust system, which integrates neatly into the new rear bumper.

Each of these parameters are also variable through Porsche’s integrated driver modes, a further four off-road modes integrated into the steering wheel-mounted roundell including Gravel, Sand, Mud and Snow. The interior is largely unchanged save for bespoke trim, which like the exterior is able to be trimmed to specification by owners.

A total of 40 units are planned for production, with more than half already sold. Each are able to be specified with a paint-to-sample service, or with an optional exposed carbonfibre body. It’s also to be type-approved for all global markets, and it still passes Euro 6 emission regulations.

The Gemballa Marsien is priced at $585,000 not including taxes or the donor car, but by the time it reaches it will cost from around $919,000 before options, including the $215k base price of a Turbo S. With a new emphasis on bespoke engineering, rather than headline power figures, the Gemballa Marsien feels like a new form of low-volume supercar, beyond its off-roading capability – and it’s one we’re extremely excited about.