Wild in price, performance and styling, the Black Series GT has proved its qualities at the Ring, and based on our first taste of it on track it’s a very serious bit of kit indeed 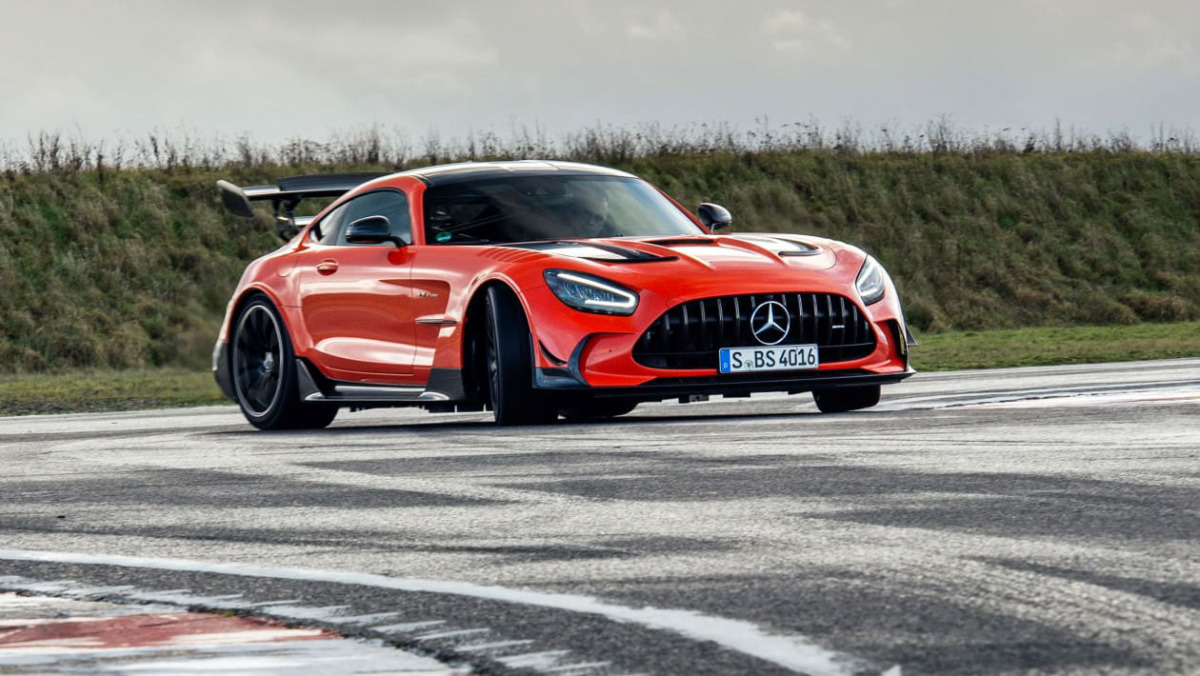 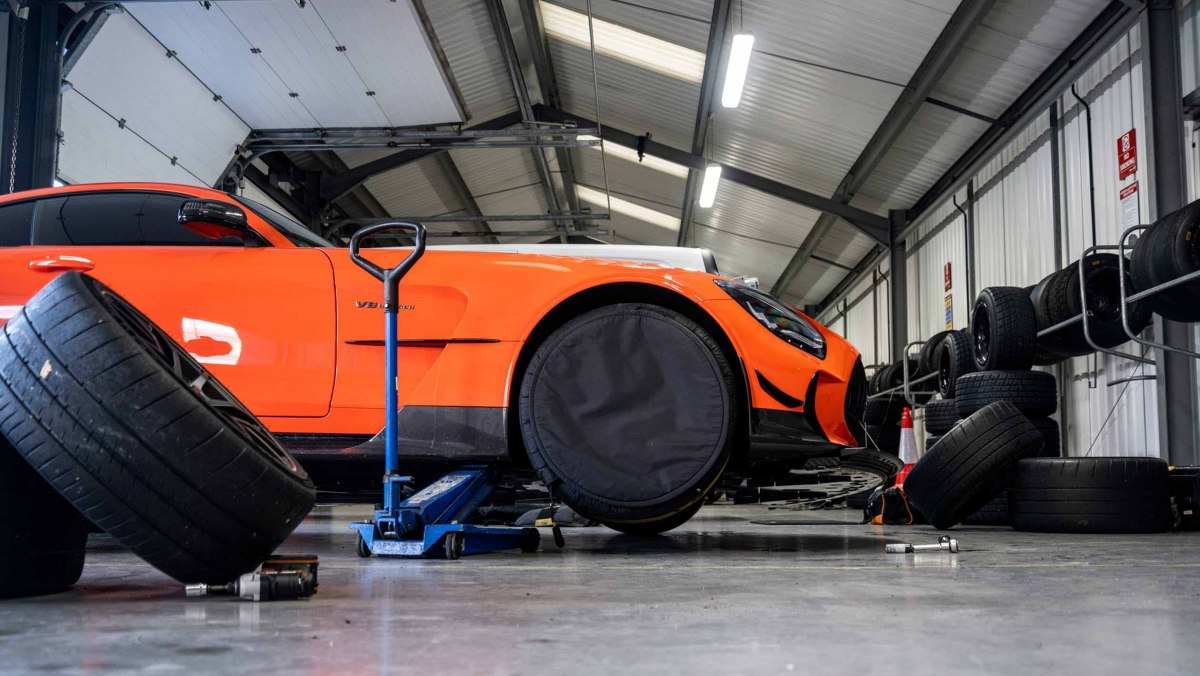 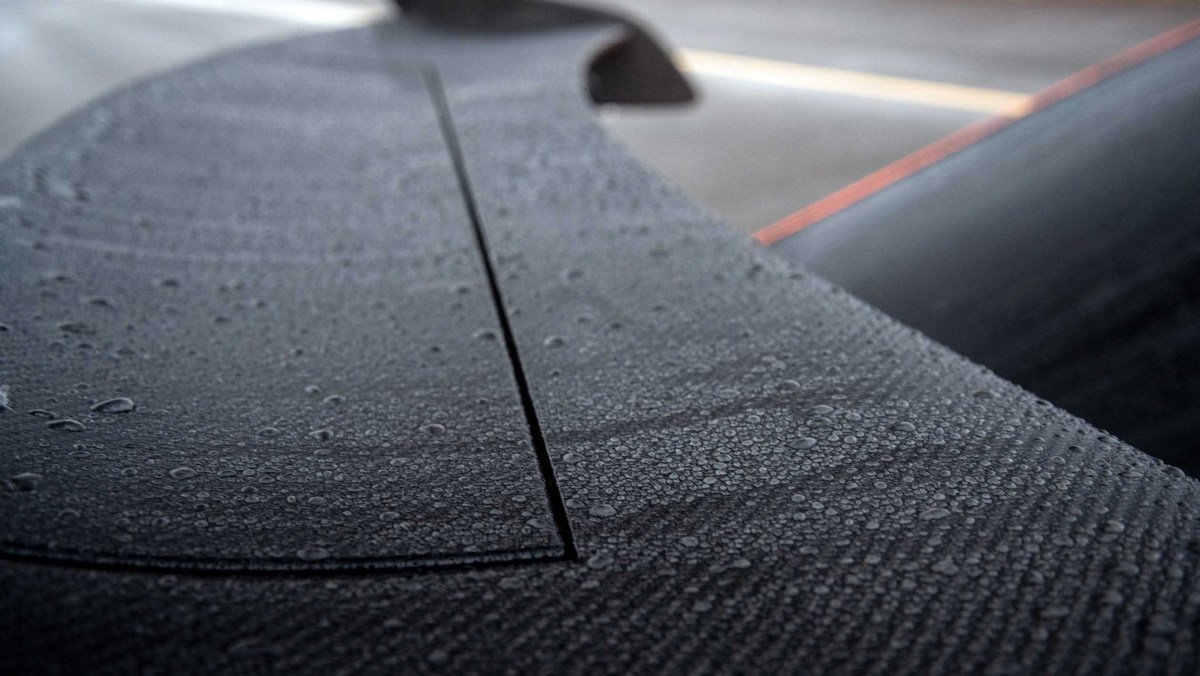 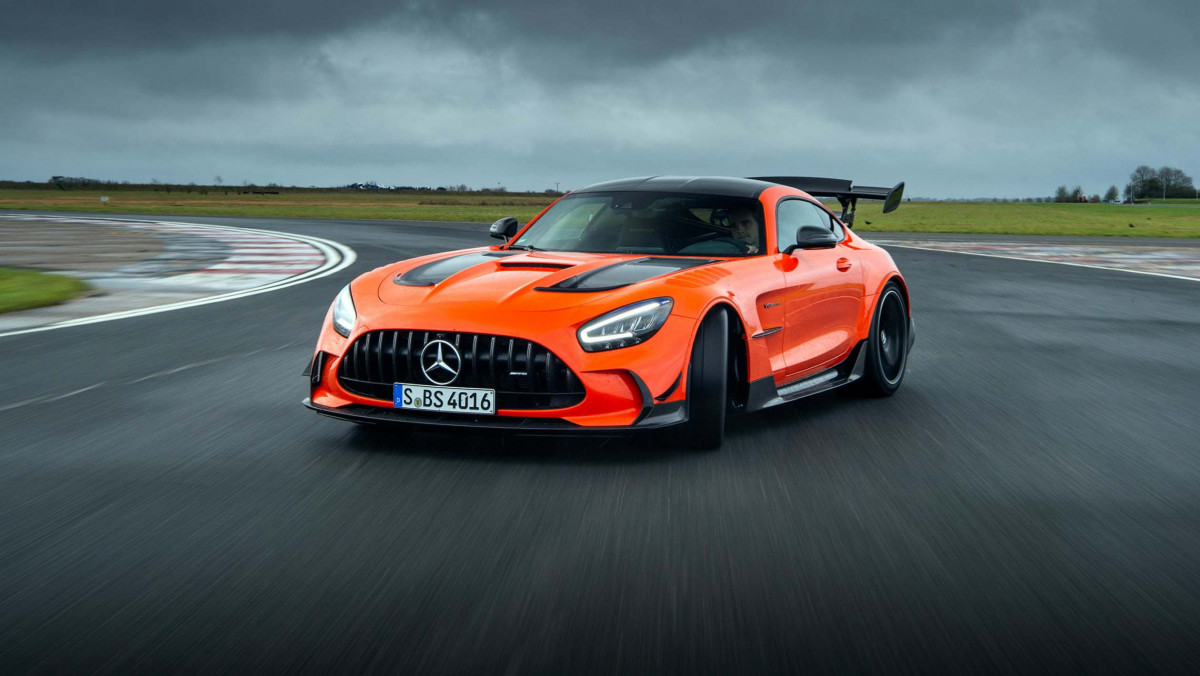 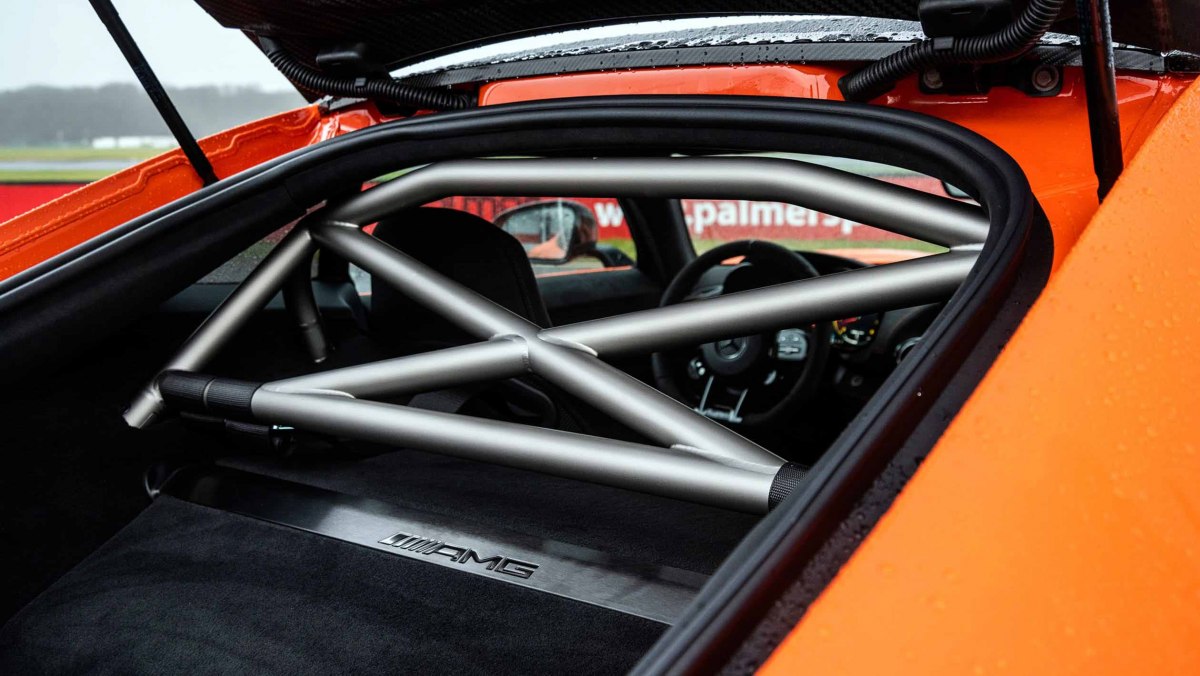 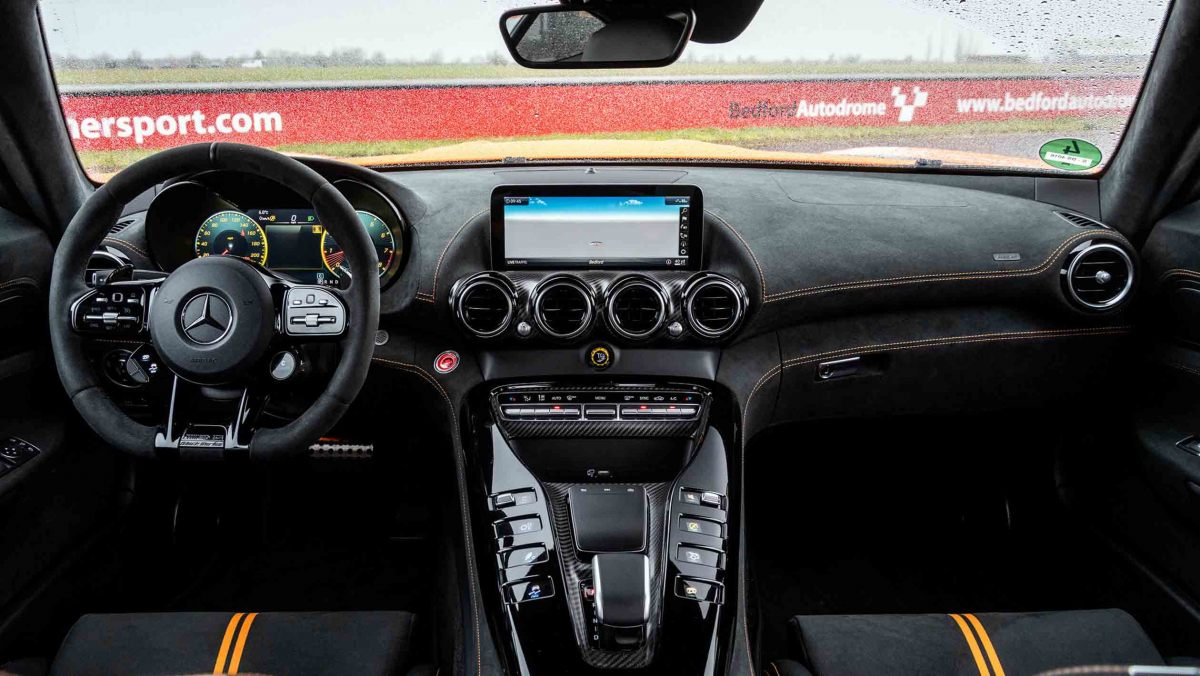 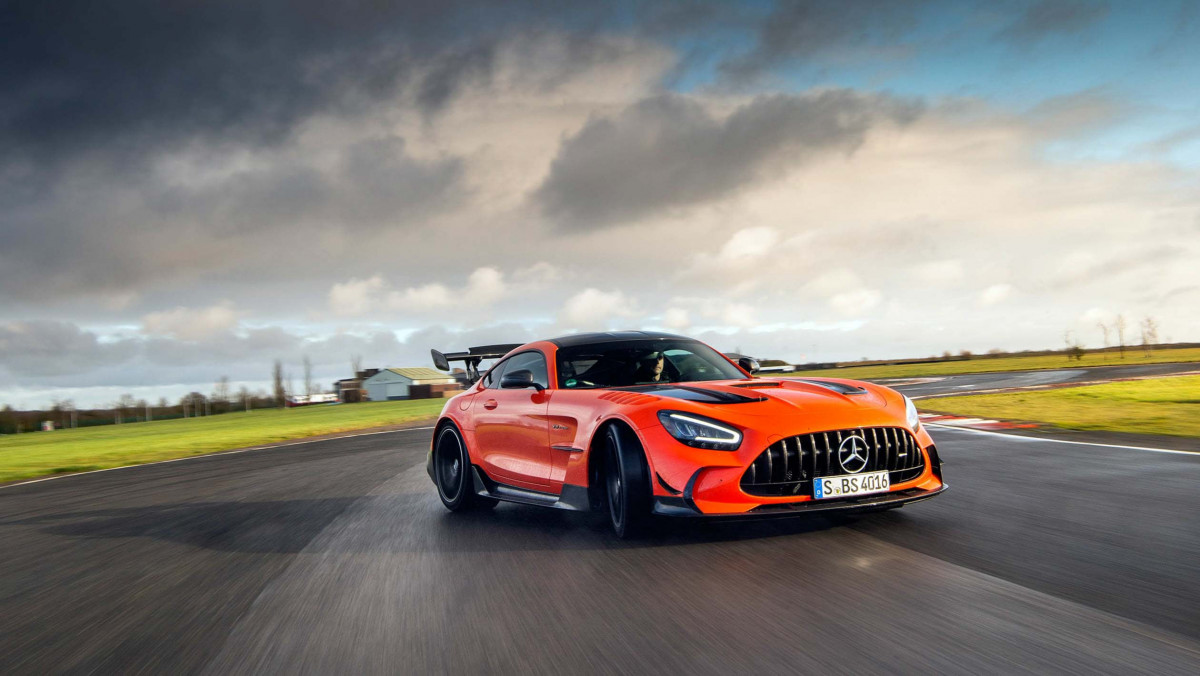 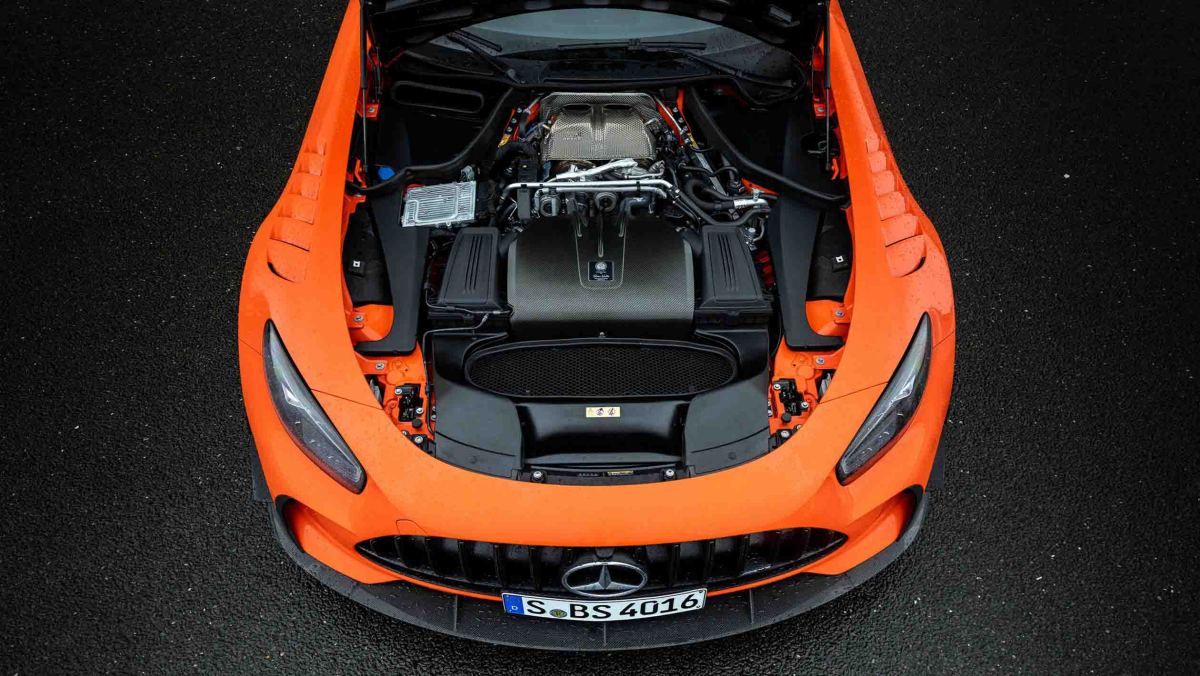 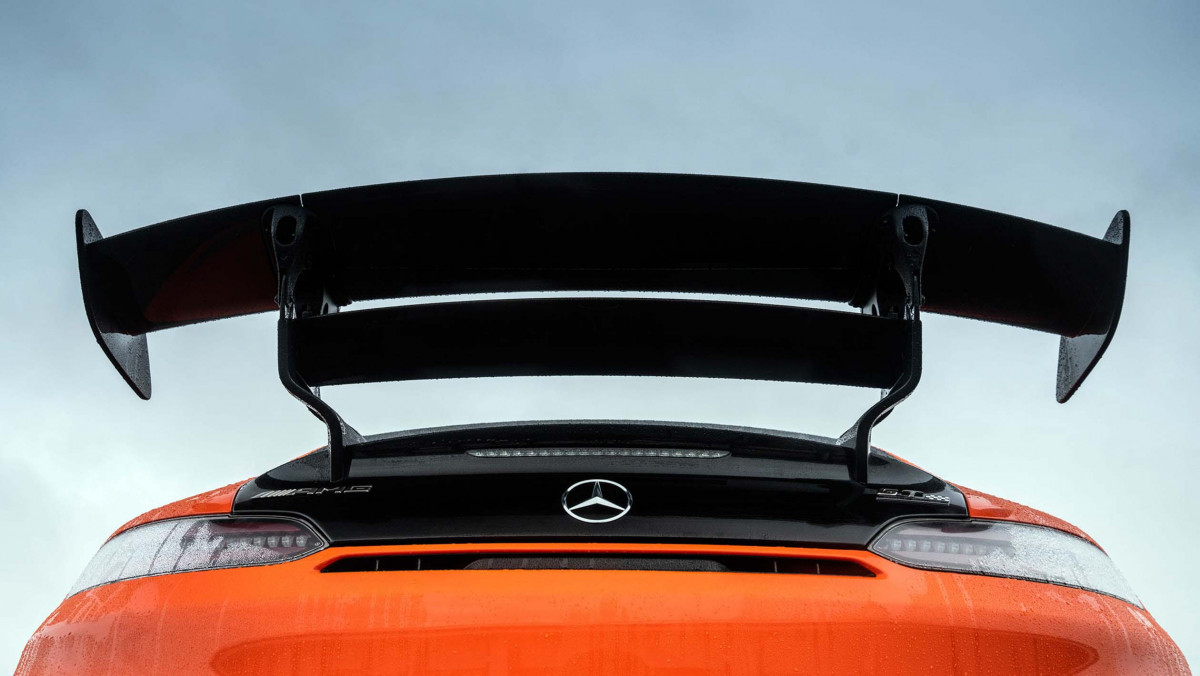 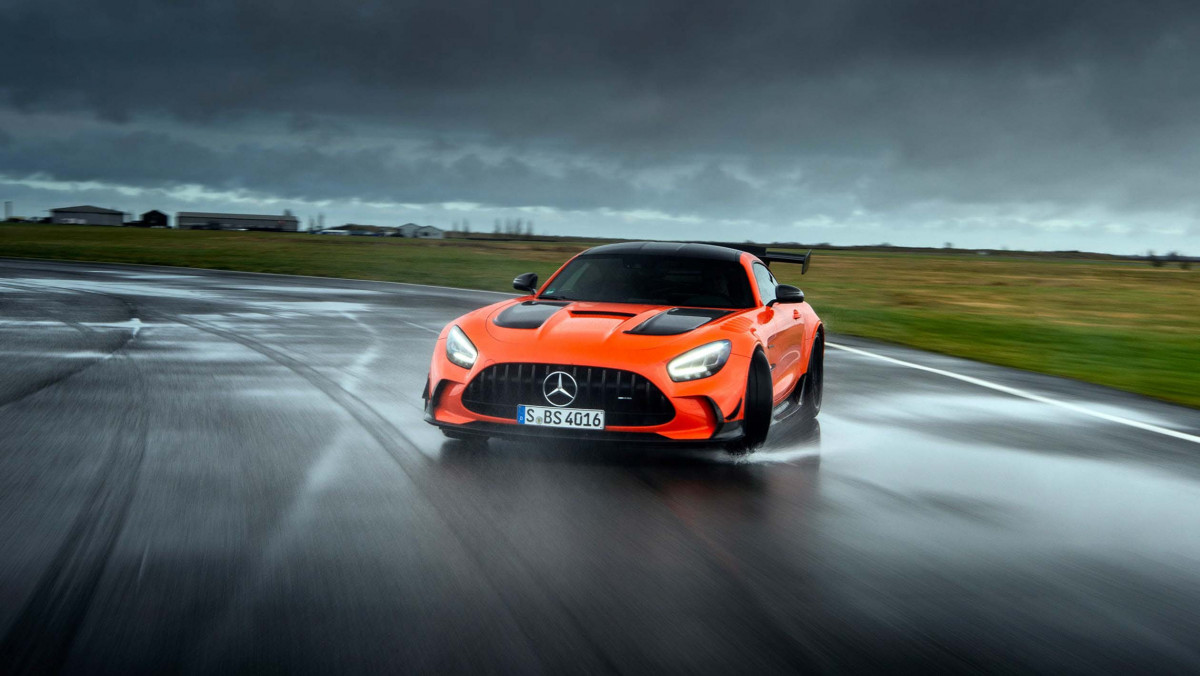 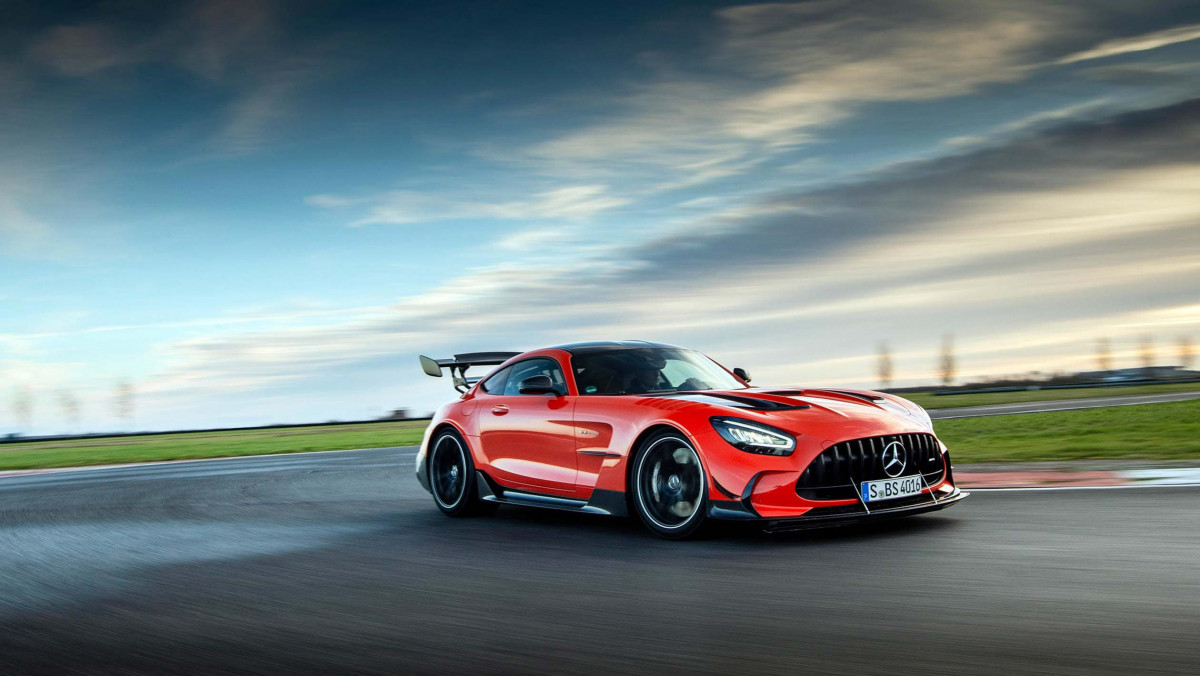 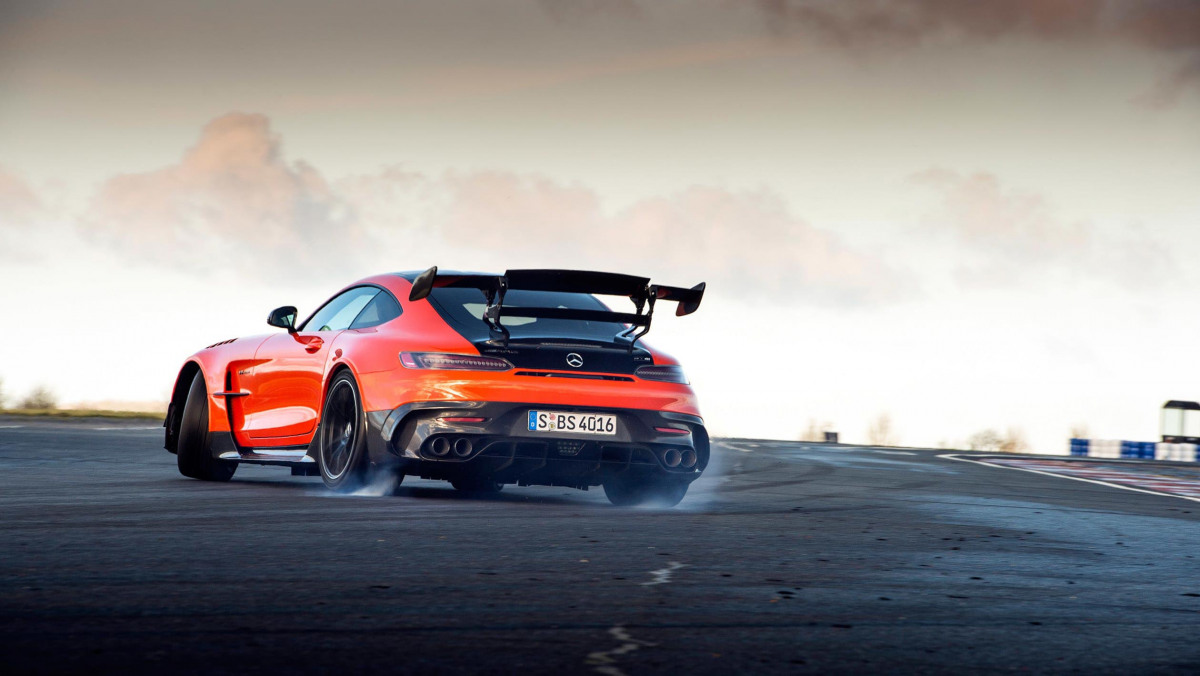 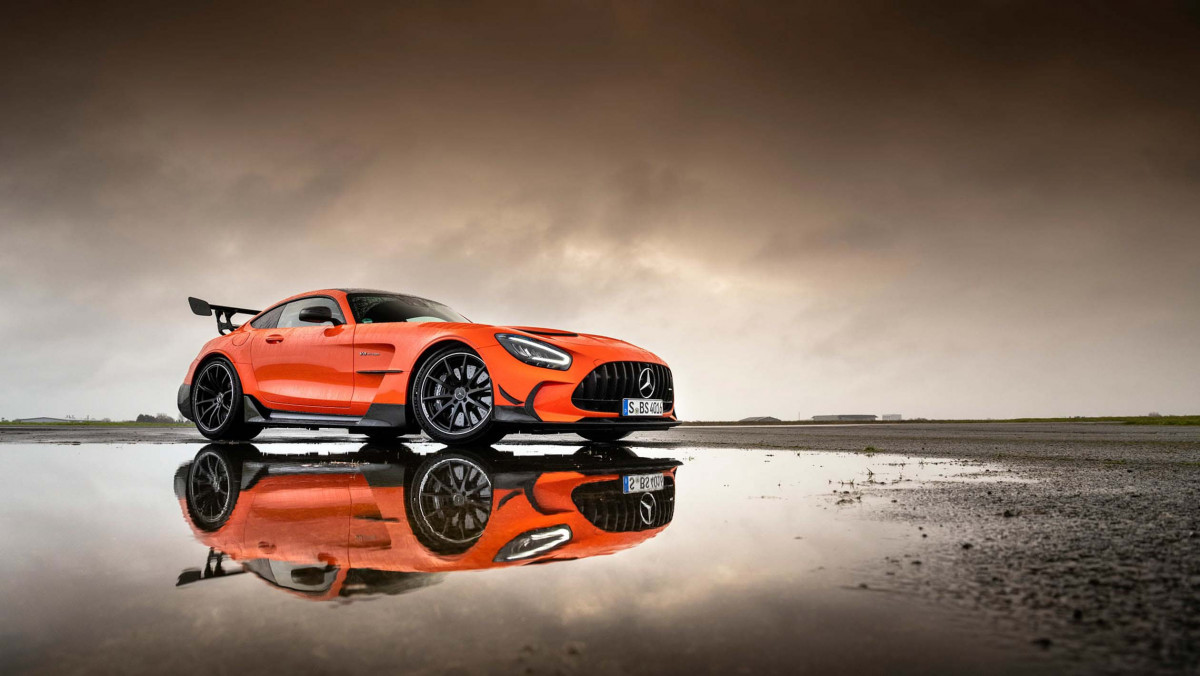 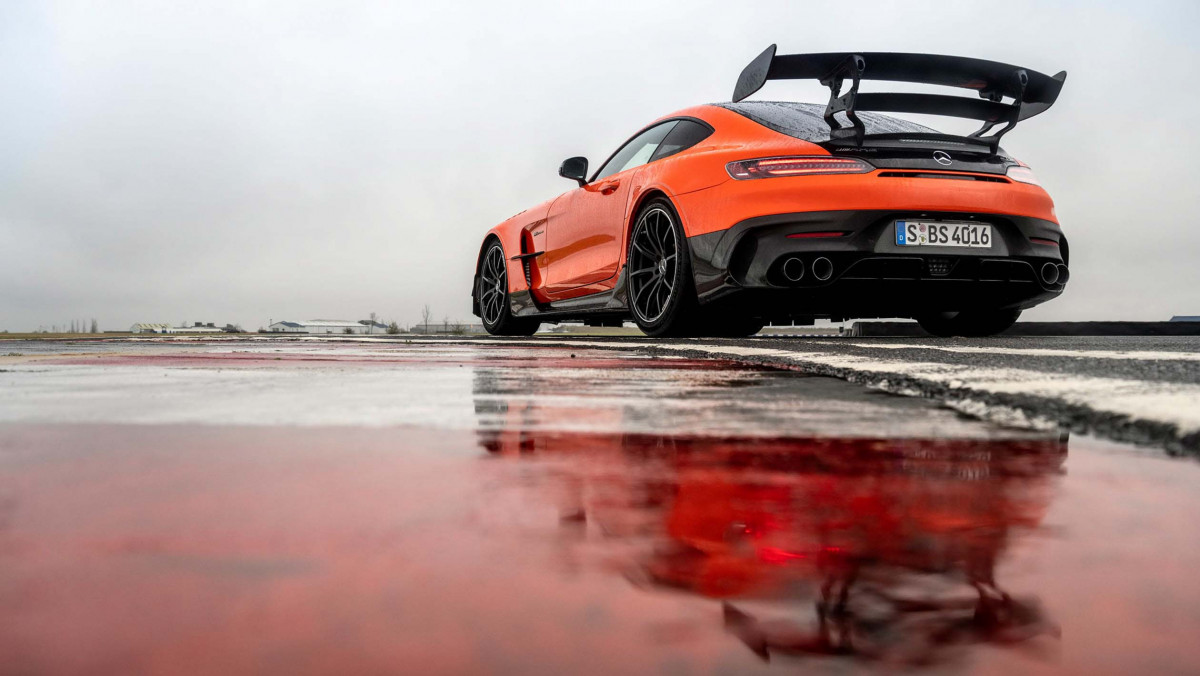 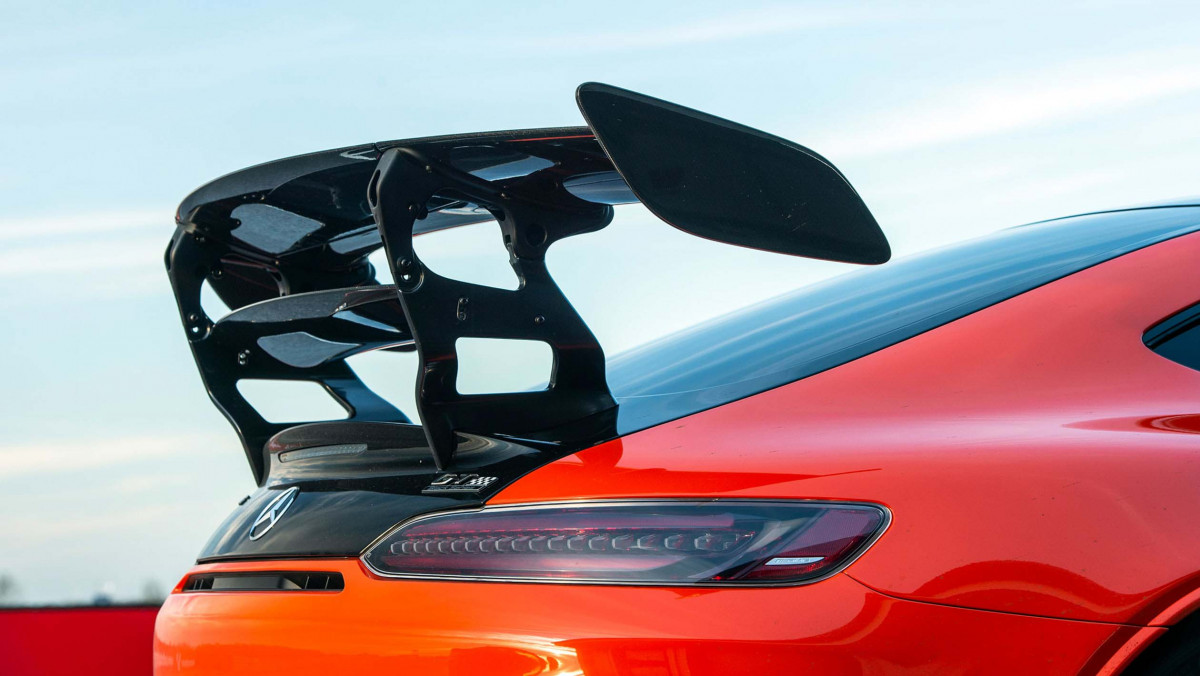 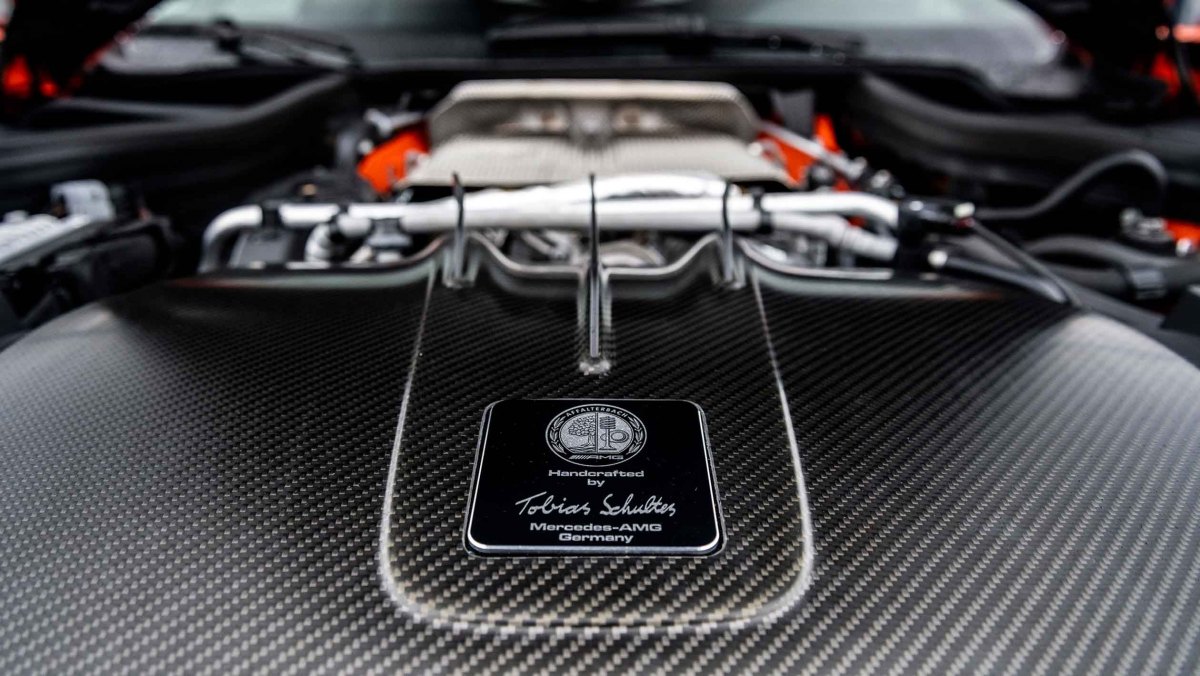 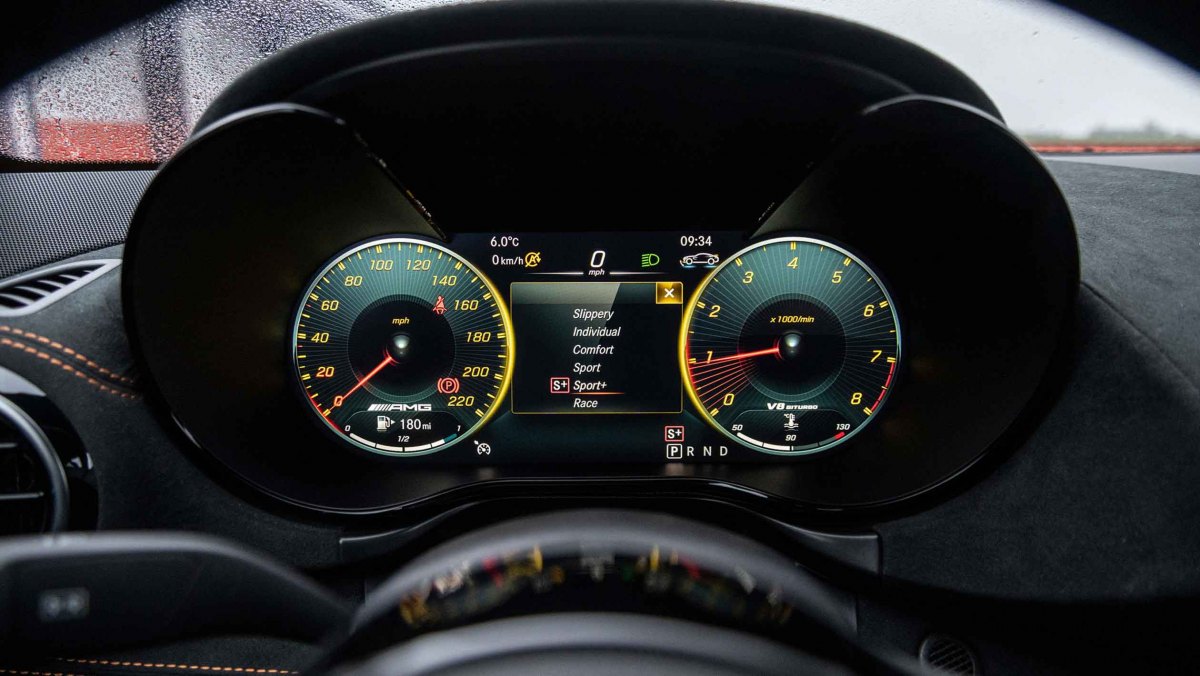 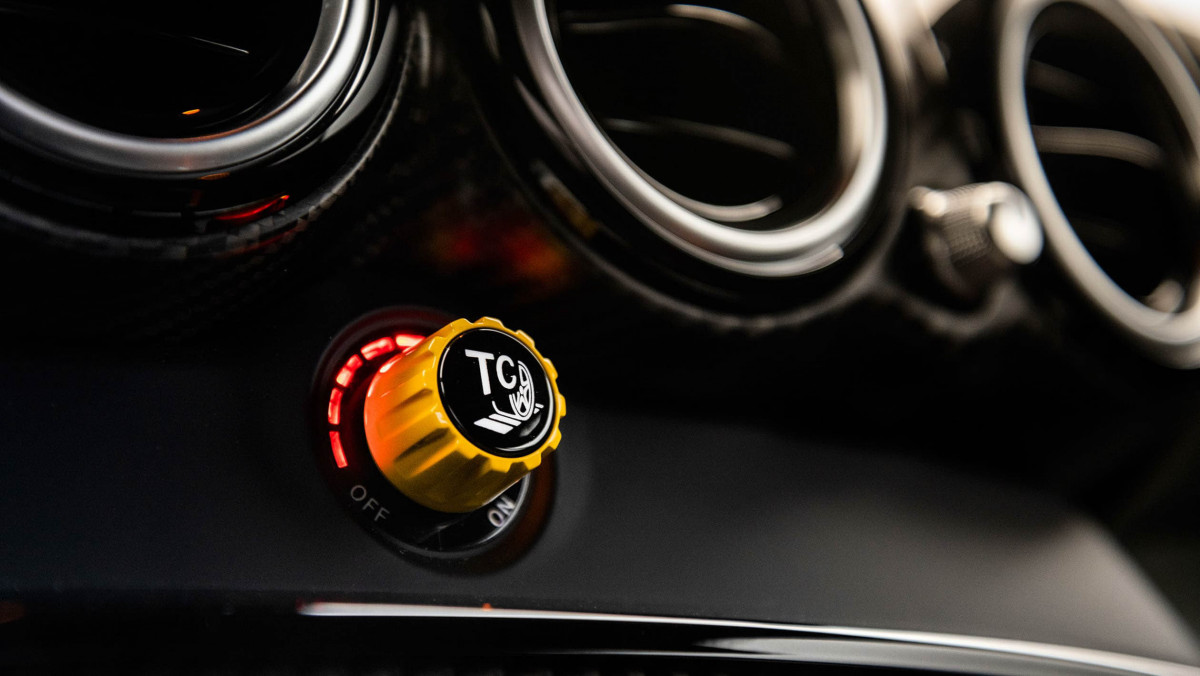 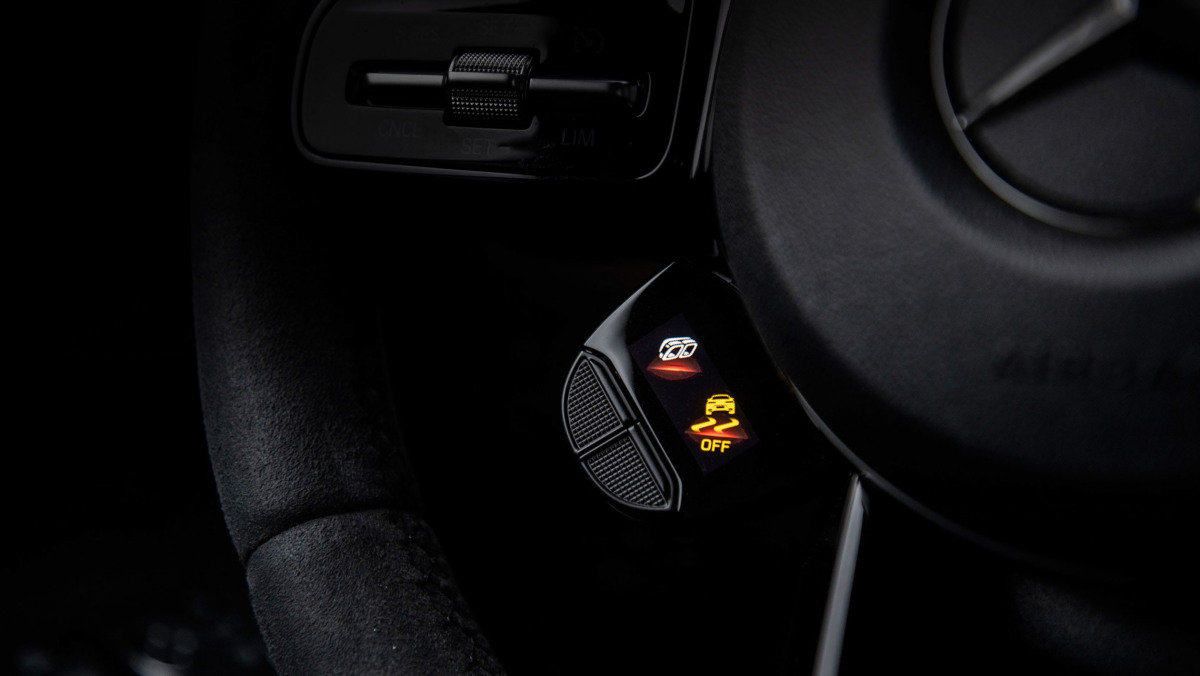 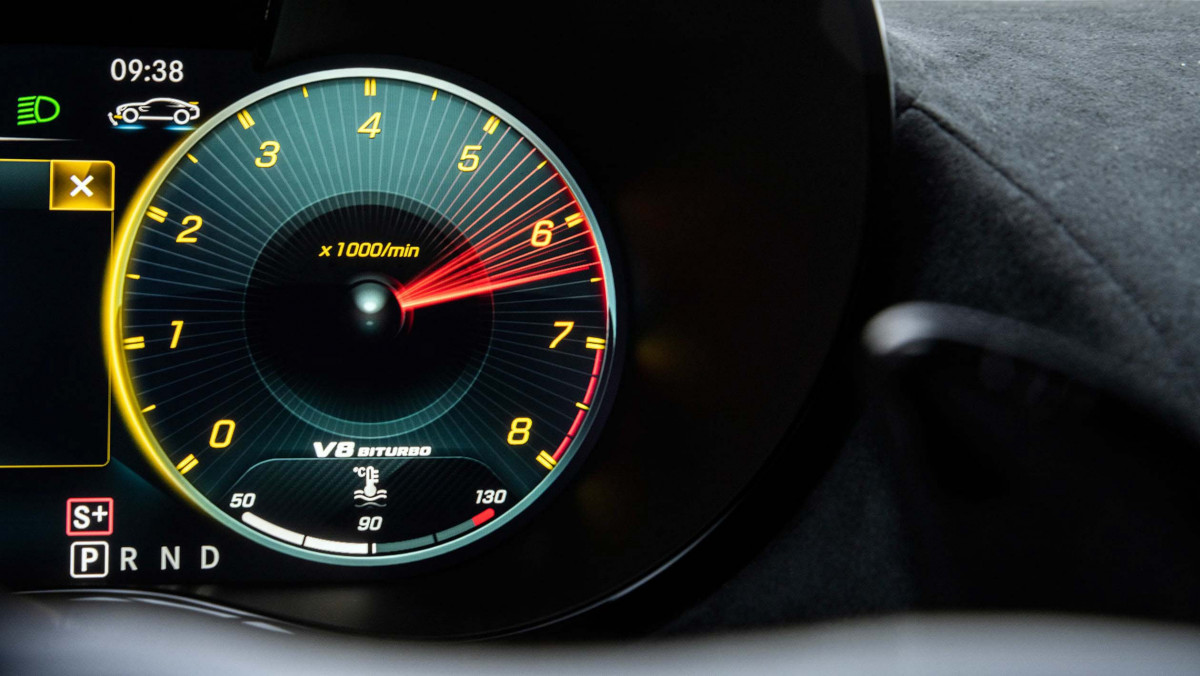 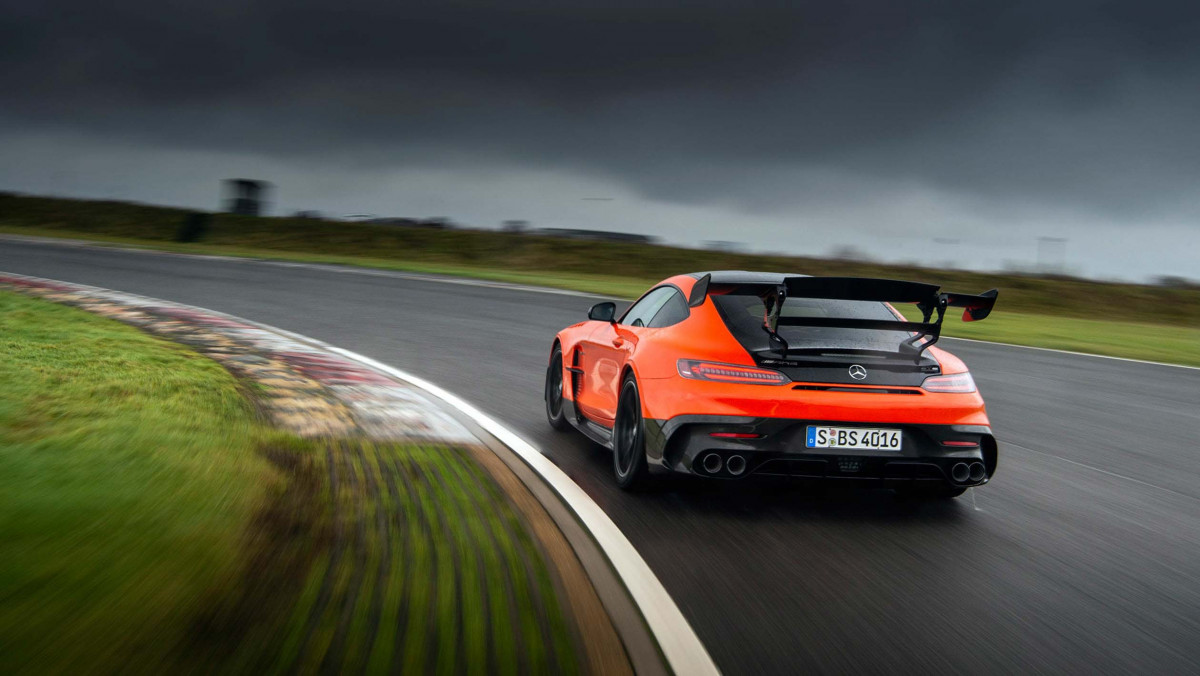 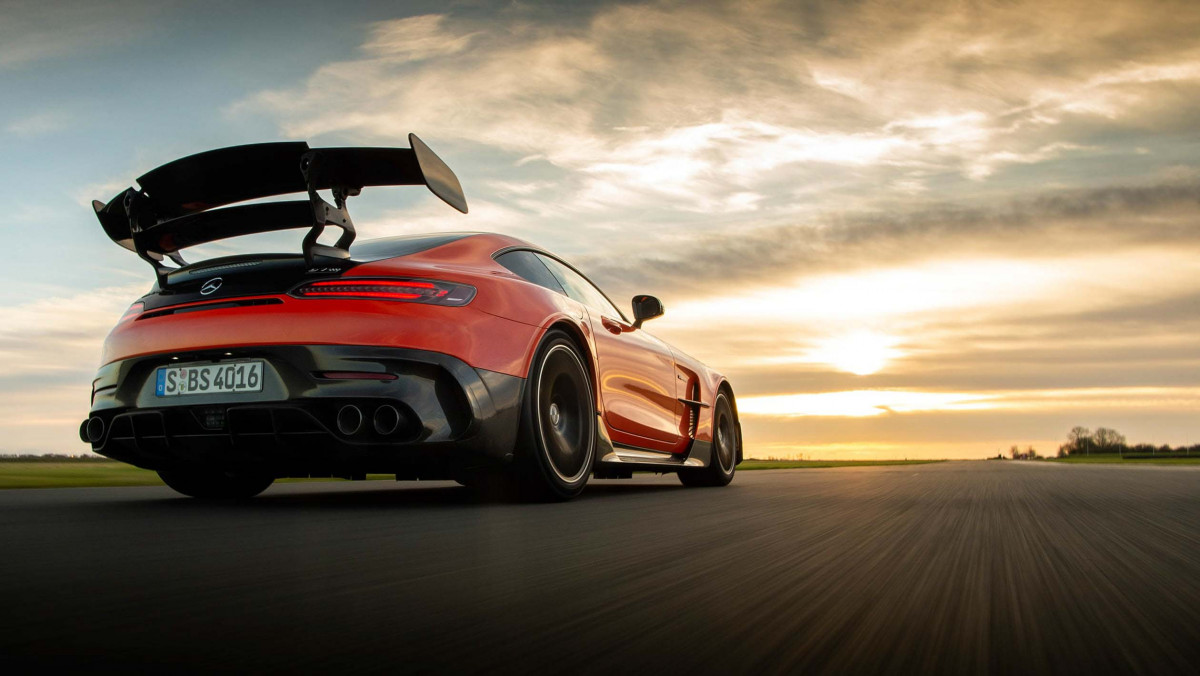 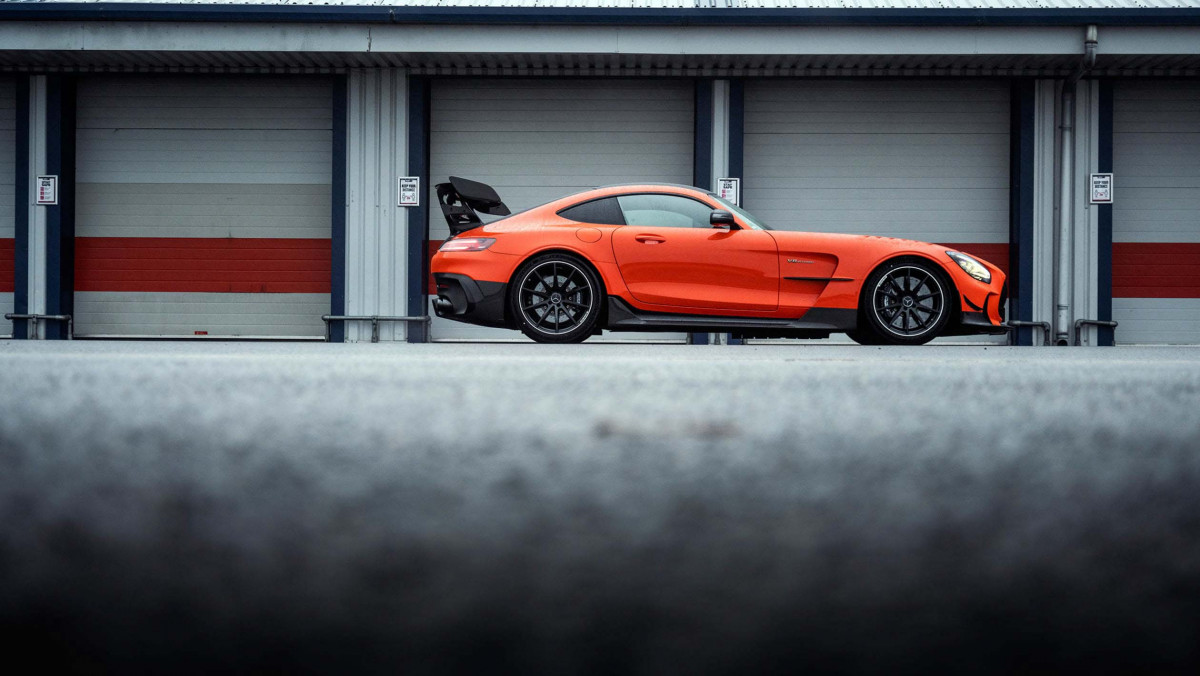 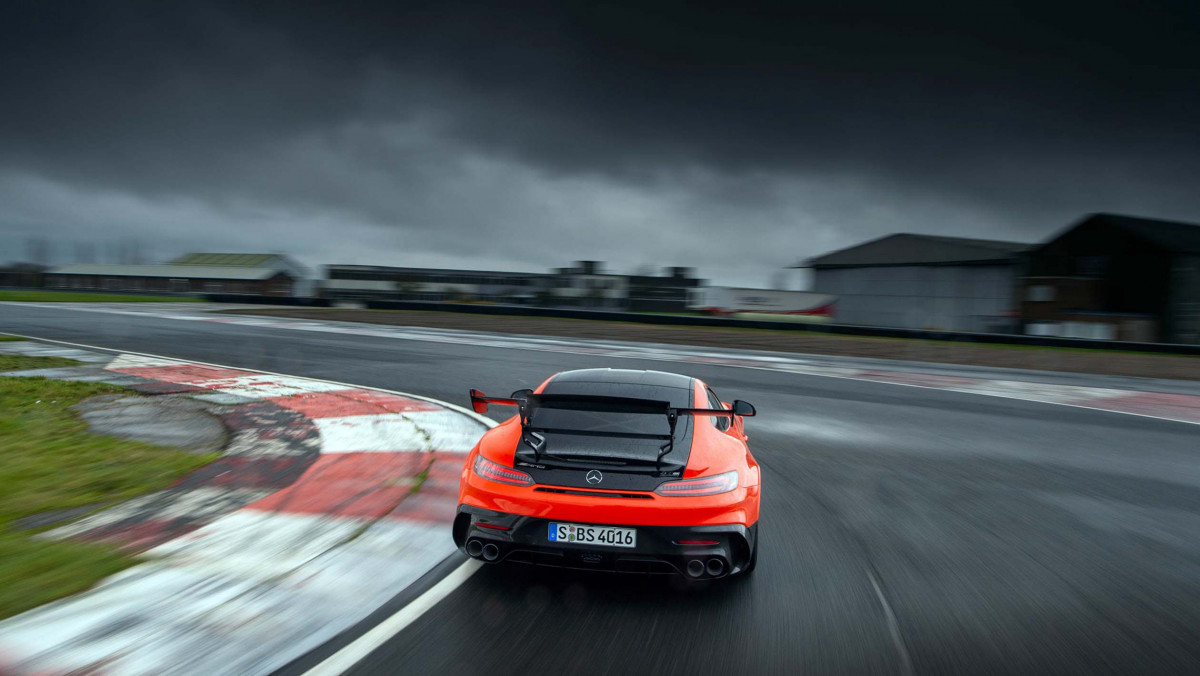 First there was the AMG GT R, then the track-orientated GT R Pro; both showed what was possible when the AMG GT was honed into a device that put driver satisfaction right at its core. Now we have the Black Series, AMG’s hallowed moniker denoting the most bespoke and special version of the model it is applied to.

If the impression is that this is merely a Pro and a bit more, then the absence of ‘GT R’ in its name should be a massive clue: the Black Series is a very, very different car, as its towering price tag also suggests. Can it really take the fight to the GT2 RSs and McLaren 765LTs of this world? Its record-breaking Nürburgring Nordschleife lap time suggests it can. Time to see what it feels like from behind the wheel…

It’s all-change under the GT’s comically long bonnet. Out goes the usual hot-vee twin-turbo V8 and in comes a new member of the same family, codenamed LS2. It uses the same M178 block, but switches to a flat-plane crankshaft in pursuit of a higher revving, more power-centric delivery that has allowed the AMG engineers to dial in 1.7bar of boost.

Considerable elements of the engine have had to be redesigned accordingly, while the two turbochargers are larger and have low-friction bearings as used by the ultimate version of the AMG GT 4-Door. The result is 720bhp and 590lb ft of torque, deployed through a stronger and more effectively cooled, seven-speed, twin-clutch transaxle, giving a 0-100kph time of 3.2 seconds and a top speed of 323kph.

You can read about the vast array of technical changes AMG has instigated on the Black Series here, but suffice to say this is an awful lot more than a GT R Pro with an even sillier wing on the back. Of course, the engine will always take the headline position, but the bottom line is that the Black Series doesn’t even sit under the ‘GT R’ range for a reason: it’s a thoroughly evolved car. Thanks to various bracing elements the structure is much stiffer, and carbonfibre has been used liberally, from body panels to the propshaft. Its aerodynamic performance is massively increased, too, while the Black runs on adaptive suspension, unlike the passively suspended GT R Pro. It has a bespoke Michelin Cup 2 R tyre as well.

Initially the Black feels like its GT R and GT R Pro brethren. There’s the same long-nose, cabin-aft proportions, felt keenly from the driver’s seat. The cabin is dominated by elaborate screens, copious switchgear and the titanium half cage, and while it’s easy enough to select drive and pull away, you almost feel like a read of the manual is wise before doing anything as reckless as pressing the accelerator.

One of the aspects that can make your head spin is the numerous driver modes, which you can either choose to work through or simply select the Individual mode and fully tailor the car to how you want it. As I’m driving purely on track today in the Black, it’s this I opt for, but I soften the dampers because the surface is so cold and slippery – absolutely the worst possible conditions for the Cup 2 R tyres.

There is also the matter of the Black’s nine-stage traction control system, accessed via the big yellow switch in the middle of the dashboard. This allows you to finely control the slip characteristics of the chassis in the more adventurous driver modes and with the traditional ESP slackened off.

The first sense you get of the Black is how solid, and all-together it feels. Although the familiar characteristics of the AMG GT are there, they’re less pronounced – no longer does there feel a slight delay between a message at the wheel and the behaviour of the front and rear axles. You turn, and the Black turns. Or rather it would do if it wasn’t understeering heroically across near-freezing tarmac.

But even then, rather than being a truly terrifying ordeal, there’s something about the Black’s finesse that makes it seem – amazingly – quite friendly, and so you begin to explore the effects of the throttle more. The engine’s response is instantaneous, and it kicks the Black forward with real conviction, but it’s also a delicate instrument once you’re tuned into it, and it’s possible to keep a slide going without any snatchiness. In fact, it’s almost easier to slacken the traction control off completely, because with it on it’s asking an awful lot of a system to cope with the wildly differing grip levels of today, plus two near-slick gumball tyres and 720bhp.

As you might expect, the engine’s character is completely different to that of traditional AMG V8s. Its delivery is more linear, without the sudden low-down thump, building instead with increasing vigour and never letting up all the way to the red line. It sounds totally different too, with a hard, octave-higher tone; it’s not exactly musical, and with some obvious vibration felt too – all things you’d expect from a flat-plane-crank set-up. Couple this with the crisp, fast gearshifts and you have a powertrain that makes very light work of the Black’s 1522kg kerb weight.

The track warms up only fleetingly, but it’s enough to get a window on the extreme capabilities of the Black Series. Where the braking zones are dry, the effect of standing on the left-hand pedal is dramatic, the manually extended front splitter almost slicing into the road’s surface, and with the rears hooked up on the exit of a curve the traction on the way out is mighty. We can’t wait to try it again in temperatures suitable for the Cup 2 R rubber, and on a circuit where the Black’s high-speed aerodynamic performance can really come into play.

Track-biased big hitters from Ferrari and Porsche (488 Pista, 991 GT2 RS) are currently out of production, so the Black Series’ obvious rival is the McLaren 765LT. At $472,000 the AMG is searingly expensive, exceeding even the price of the McLaren, but it would be a fascinating contest to see which was the quicker car around a track.