Making the numbers was never going to be a stretch, but has AMG managed to imbue its new electric executive saloon with the right stuff? 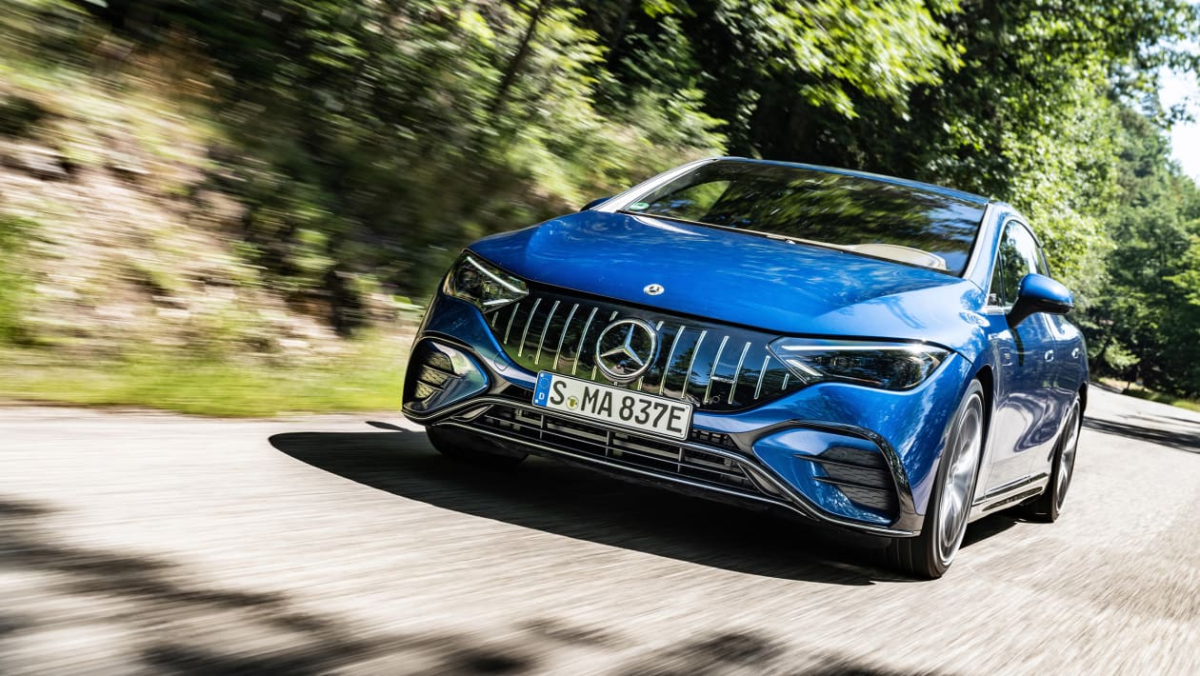 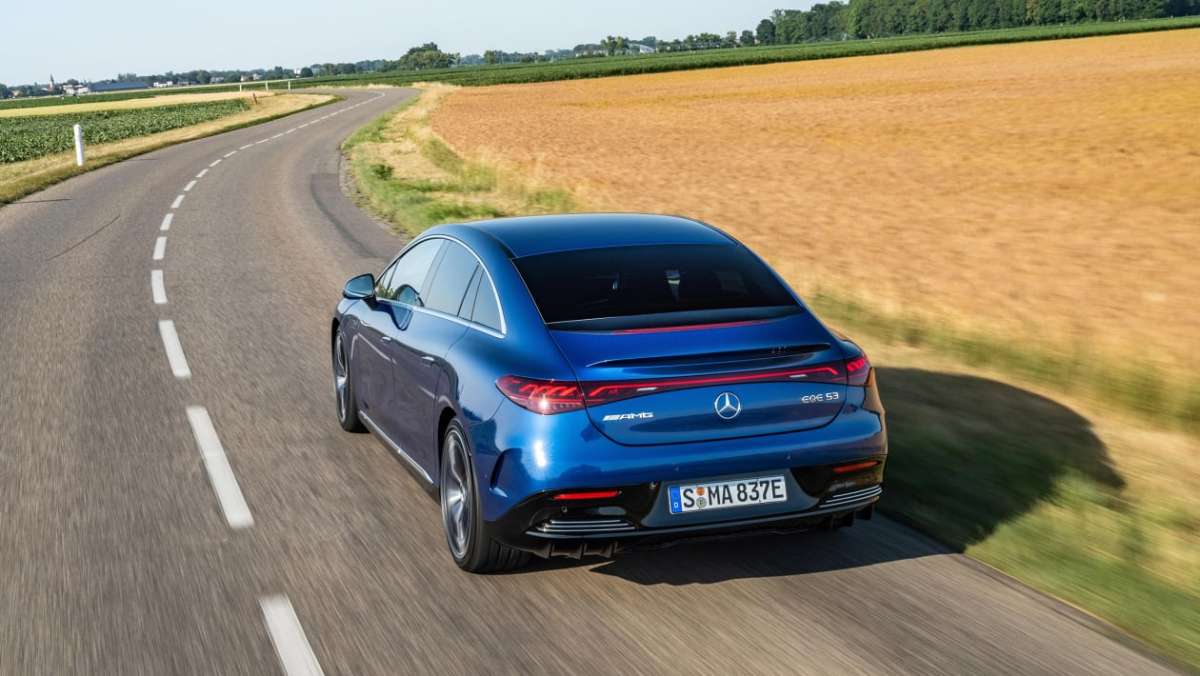 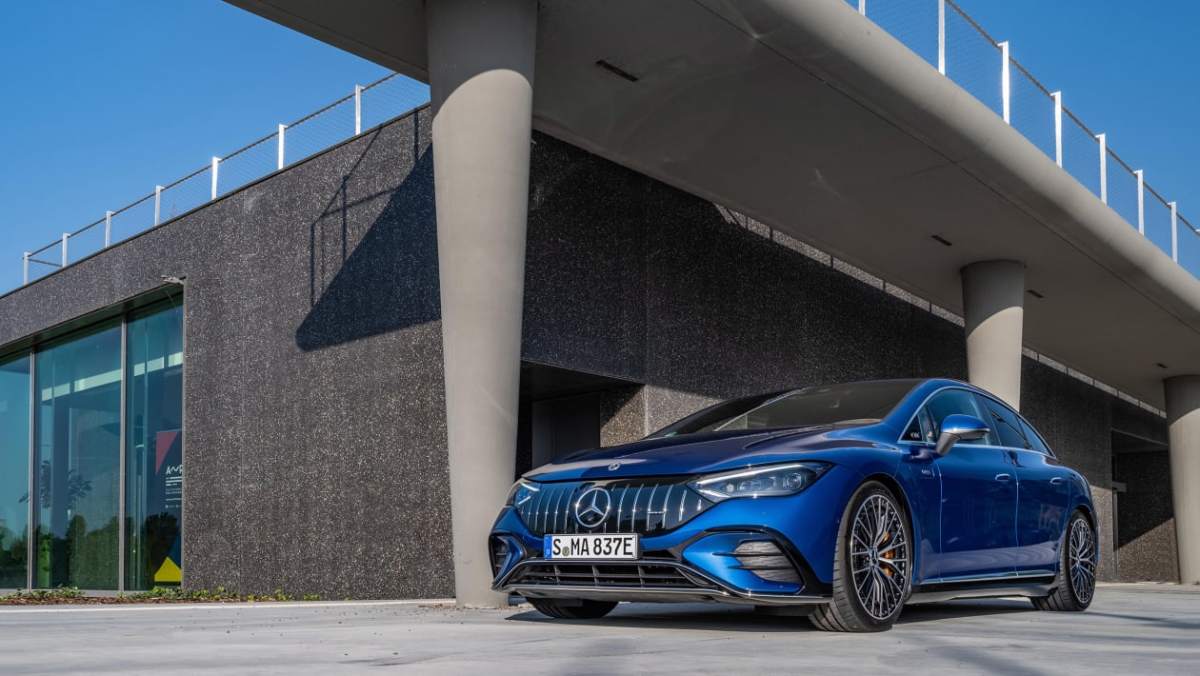 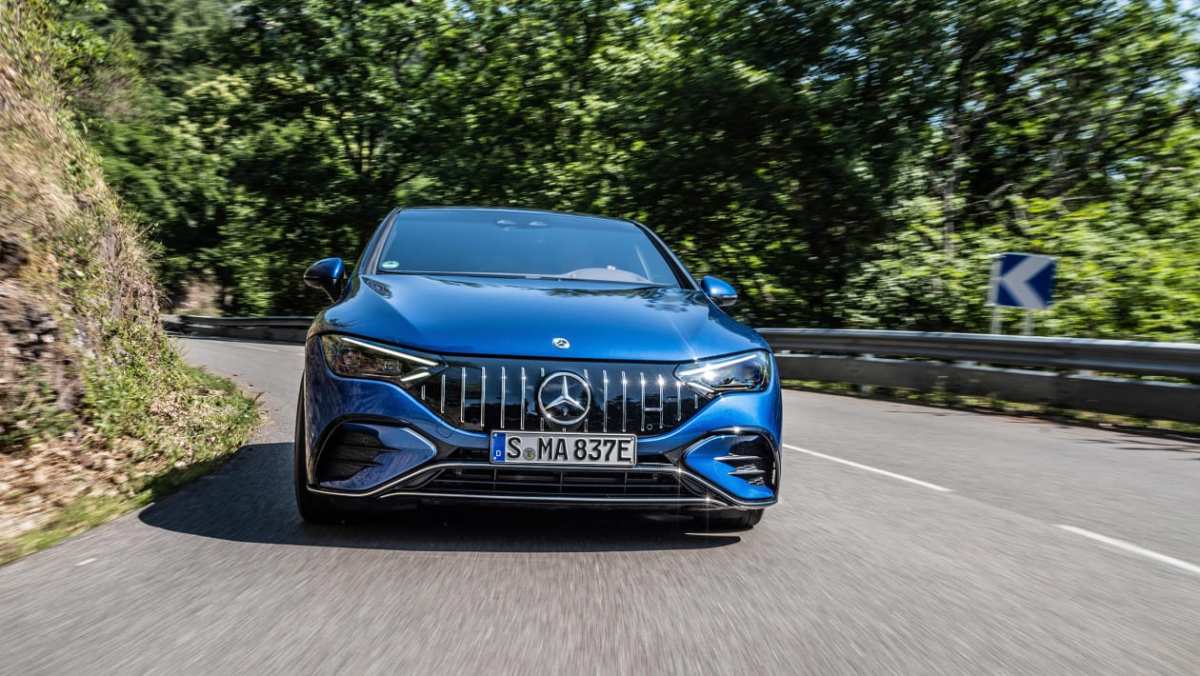 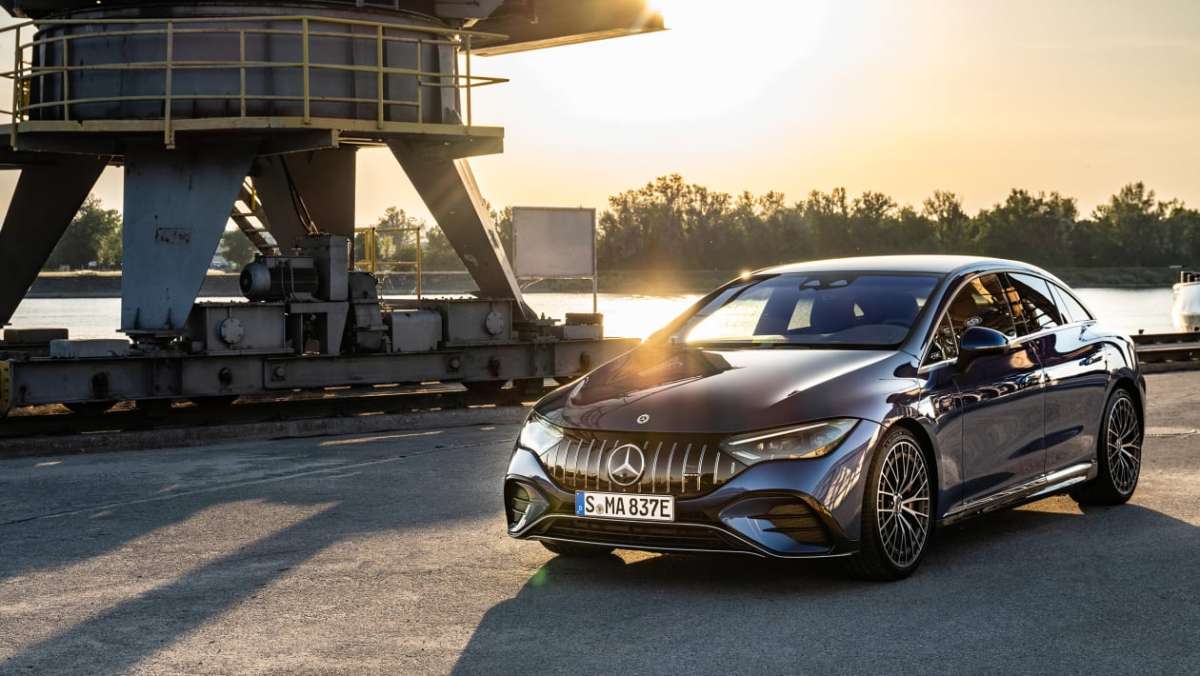 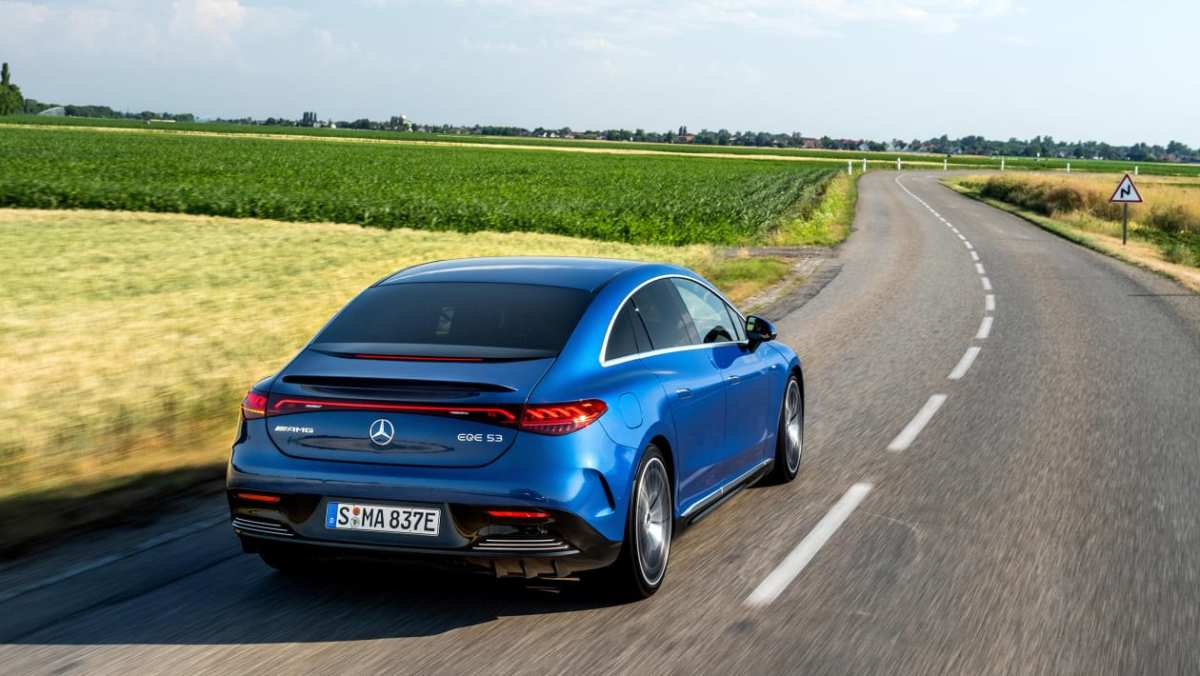 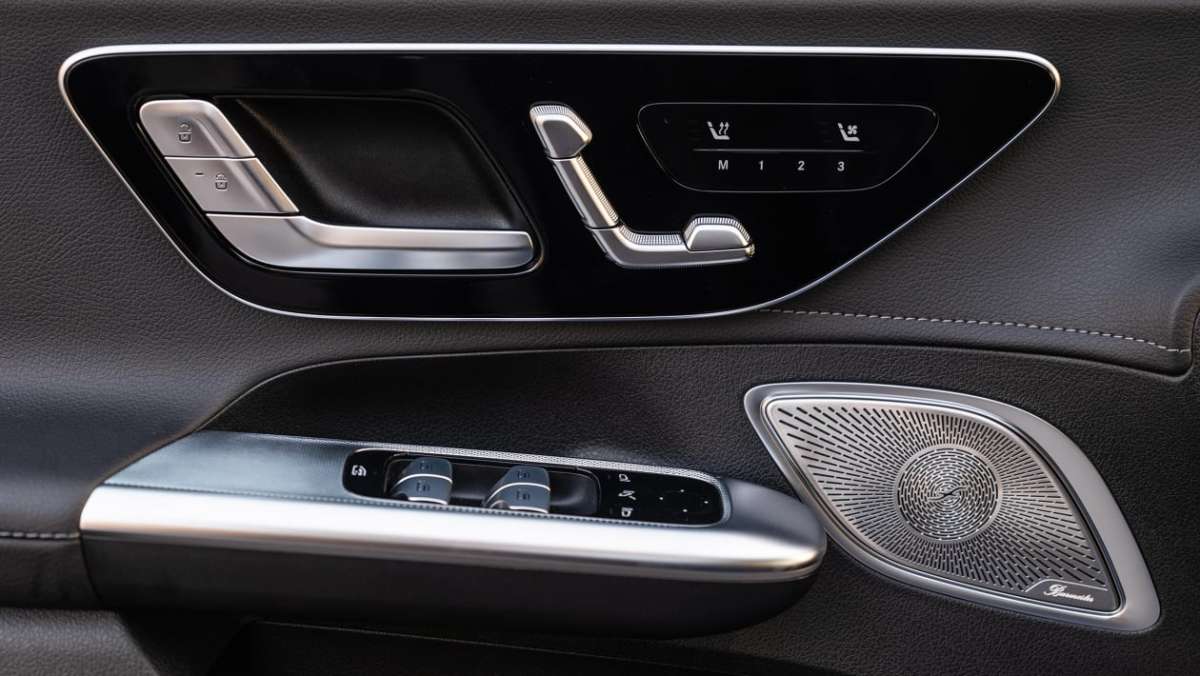 Apart from the performance advantage conferred by maximum twist at zero revs, electric motors have one other game changing gift to bestow on the automotive industry that the Mercedes-AMG EQE53 and its maker have certainly tapped into: clean-sheet thinking.

Admittedly, the general trend is the promise of a utopian future with a sexy sci-fi vibe but, under that optimistic umbrella, there’s a natural imperative to weave the electric dream along brand value lines. This is trickier for some than others and perhaps none more so than the one where the visceral energy and sonic grandeur of a muscular, hand-built V8 oozing turbocharged torque and tearing the air with four big bore exhausts runs so deep it’s part of the brand’s DNA.

Of course, Mercedes-AMG’s days of V8 thunder are numbered and, as the company’s EV and hybrid portfolio continues to grow, some questions inevitably crop up. Perhaps most obviously, how on earth do you make an executive class electric saloon roll with AMG athleticism and fire? The somewhat enigmatic logic from the team responsible suggests applying ‘AMG specific solutions’ to the task.

It’s already happened with the luxury-focused EQS53 – effectively the hot electric S-Class – but there’s a sharper expectation for the new, smaller EQE53 4MATIC+ because AMG’s best saloons have always been E-Class sized, rewinding all the way back to the original Hammer. Even measured against the standards set by rivals like the Audi e-tron GT and Porsche Taycan, the EQS53 is a plug-in tour de force and pouring essentially the same drivetrain into the marginally lighter and more compact EQE53 is, naturally, a little more evo-centric.

The performance stats are all impressively heavy-fisted. With an electric motor on each axle and fully variable all-wheel drive the EQE53 4MATIC+ equipped with the optional Dynamic Plus pack and boost function delivers peaks of 687bhp and 738lb ft. This serves up a 0-100kph time of 3.3sec and 241kph top speed but even without Dynamic Plus, 3.5sec and 220kph are hardly tardy and raise the prospect of an anxiety soothing 526-kilometer range. The AMG-specific electric motors have adapted windings and laminations for higher currents and a specific inverter to allow higher speed and liberate more power.

The latest generation 328-volt lithium-ion battery has a usable energy content of 90.6 kWh and consists of ten modules with a total of 360 pouch cells and its management intelligently optimises performance in the Sport and Sport+ driving modes and maximises range in Comfort. There are short charge times, too: up to 170 kW at fast charging stations with direct current or charged at home or at public charging stations with 11 kW or optionally 22 kW with alternating current. The battery can also be charged using up to 260 kW of recuperation which can be adjusted in three stages via switches on the steering wheel which obviously influences the amount of retardation without touching the brake pedal.

Assets for the basic four-link front/multilink rear suspension layout include air springs with adaptive adjustable damping optimised with AMG-specific wheel carriers, suspension links and stiffer anti-roll bars. The suspension control unit analyses data – including data from the acceleration and wheel path sensors – to adjust the damping force for each wheel in a few milliseconds. The AMG ‘specific’ in this case is a much wider spread between sportiness and comfort. Up to 3.6 degrees of rear axle steering is standard, at speeds over 59kph the rear wheels steering in the same direction as the fronts to boost turn-in acuity and overall agility.

Even standing still, the EQE53 4MATIC+ is a thing of wonder. The interior of an Audi e-tron might be futuristic and, but the Merc’s optional MBUX Hyperscreen is the full Tony Stark, the entire facia reconfigured as three touch-sensitive screens under a single glass cover that stretches from A-pillar to A-pillar and interacts with haptic feedback software. Getting familiar with the layers of functionality inevitably takes some time, but at least working with the acres of sat nav display real estate is easy enough.

Deeply contoured seats kiss perfection for comfort and support and, if you can find a long enough stretch of deserted blacktop to experience the lung-chuffing thump of all that instant torque, standing on the brake and flattening the accelerator to arm the Race Start launch mode is a must, if only the once. It’s laughably brutal and triggers a tightening of the seat belts that actually hurts and is completely unnecessary as you’re already being pinned to the seat by the acceleration.

The EQE 53’s performance has an imperious momentum, connecting bends with whispering Veyron-esque surges and negotiating the angles and road surface contours with a combination of barely believable grip and body control. At 2525kg, it’s a heavy car, even by high performance EV standards. It doesn’t so much disguise its weight as wrestle it into submission, so although it can be hustled mercilessly at vaguely ridiculous speeds, there’s little pleasure in doing so; you’re always aware of a big mass moving quickly and although you know the chassis will keep things on the island, constantly surfing the limit soon begins to pall.

Repeat the experience with AMG sound generator ‘Performance’ program switched on and inspiration levels remain about the same but they’re joined by a noise that sounds like the first gen Starship Enterprise’s warp drive winding up, a touch of runaway London underground tube train and a particularly unconvincing induction growl. Switch it off, dial back the pace a hair, select Comfort and the all is suddenly a sublime and sensationally swift EV waft. Eight-tenths is the sweet spot.

Mercedes-AMG is offering the EQE53 in two equally-priced trims priced at $130,000. Both are comprehensively equipped, coming with pretty much every luxury and convenience feature in Merc’s toy box like those snazzy Digital LED lights, a high-end Burmester HiFi, a panoramic roof, 21-inch wheels – we could go on. What the sky-high entry price doesn’t include, though, is both the aforementioned Hyperscreen – that’s an extra $9584 – or the Dynamic Plus package as on our test car.

At this price point, there are some fairly serious rivals, too, starting with the perennial Porsche Taycan. Smaller on the inside, and perhaps more focused on performance rather than luxury, as a driving experience the GTS remains our pick of all EVs, and at $119,315 it’s a decent chunk less expensive too. Audi’s e-tron GT is a similar story, but compromises some of the Porsche’s sharpness for a more relaxed demeanour.