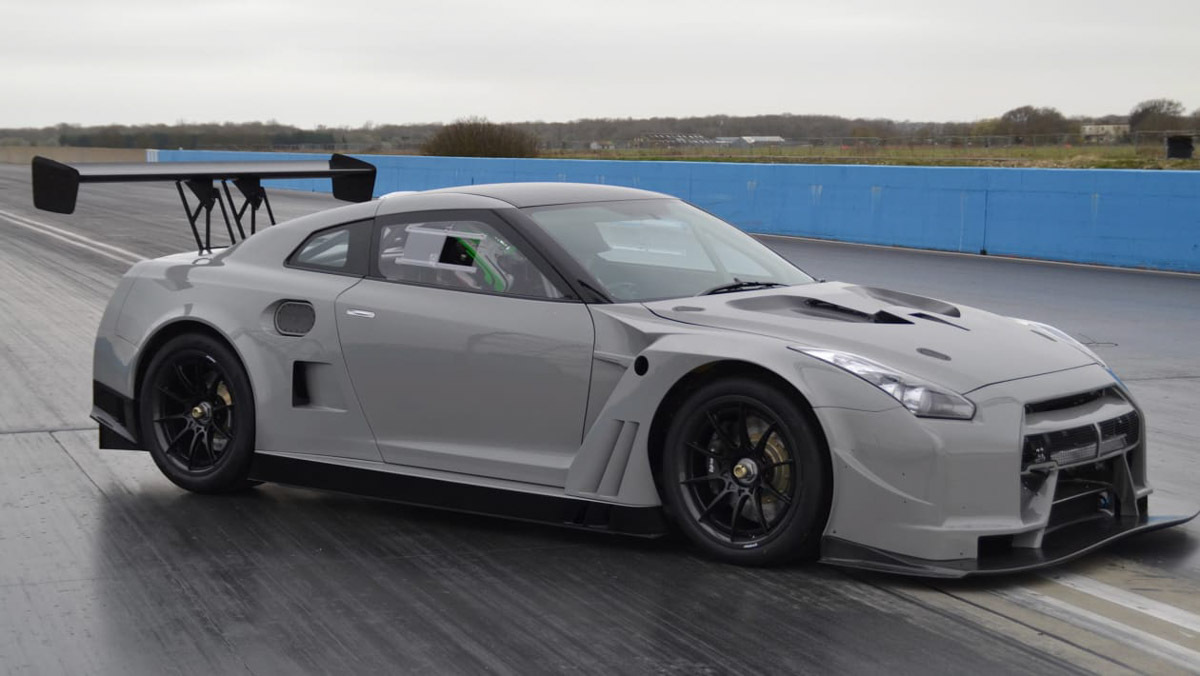 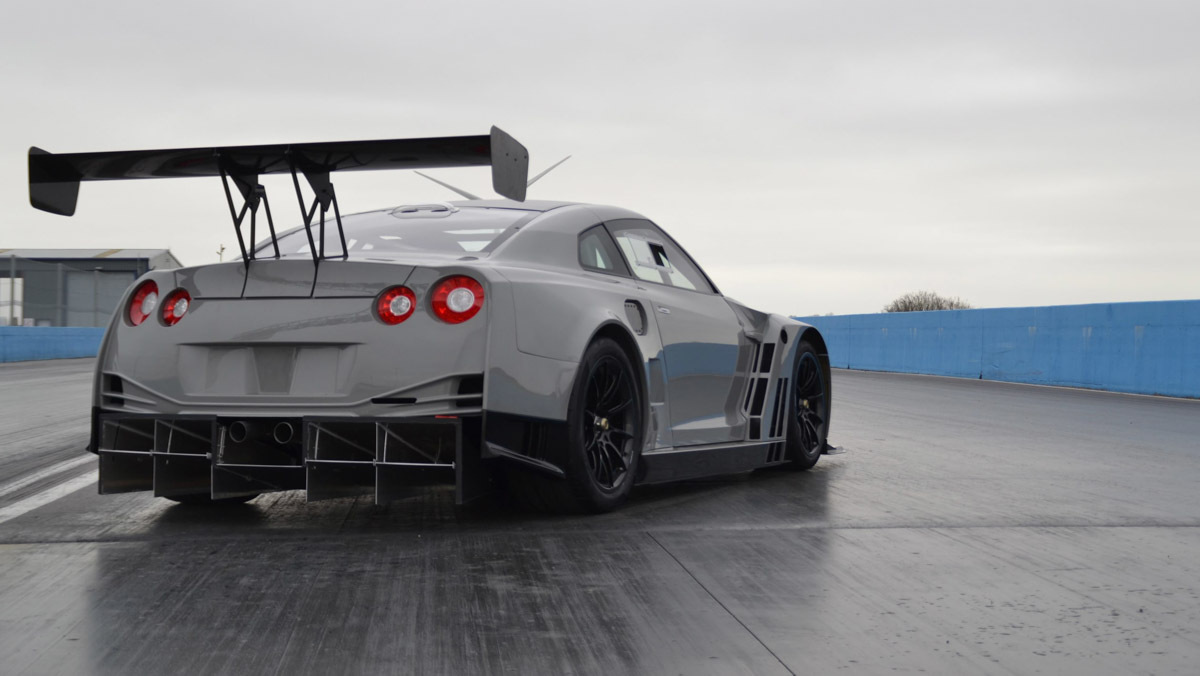 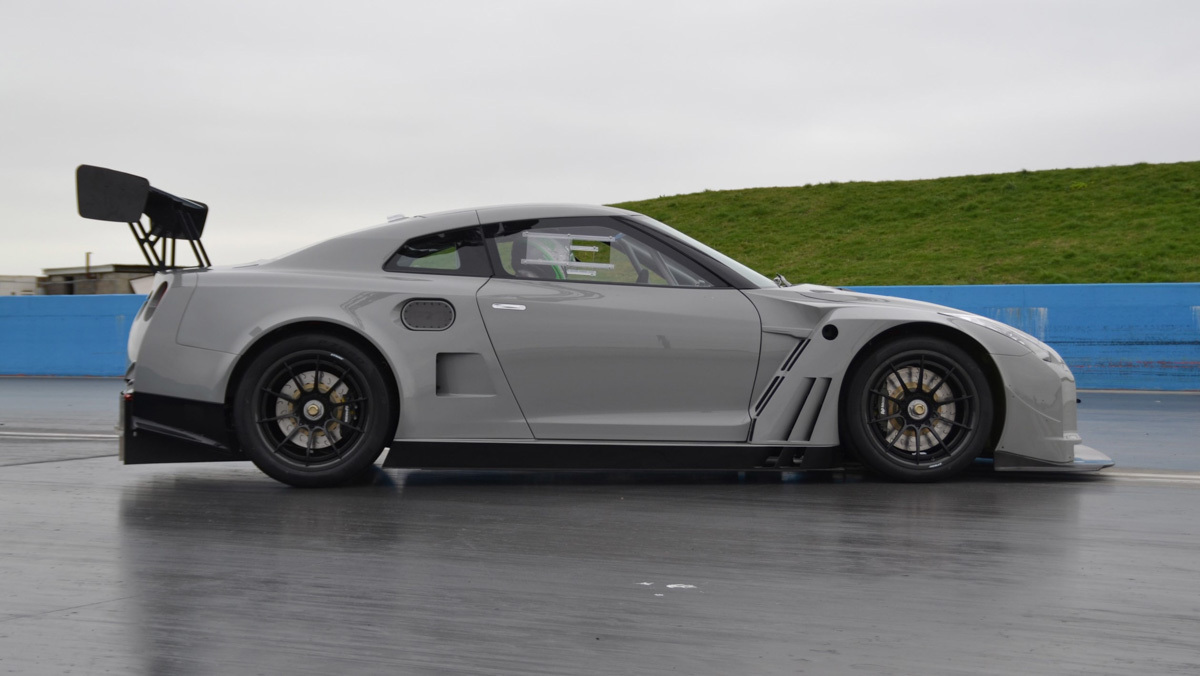 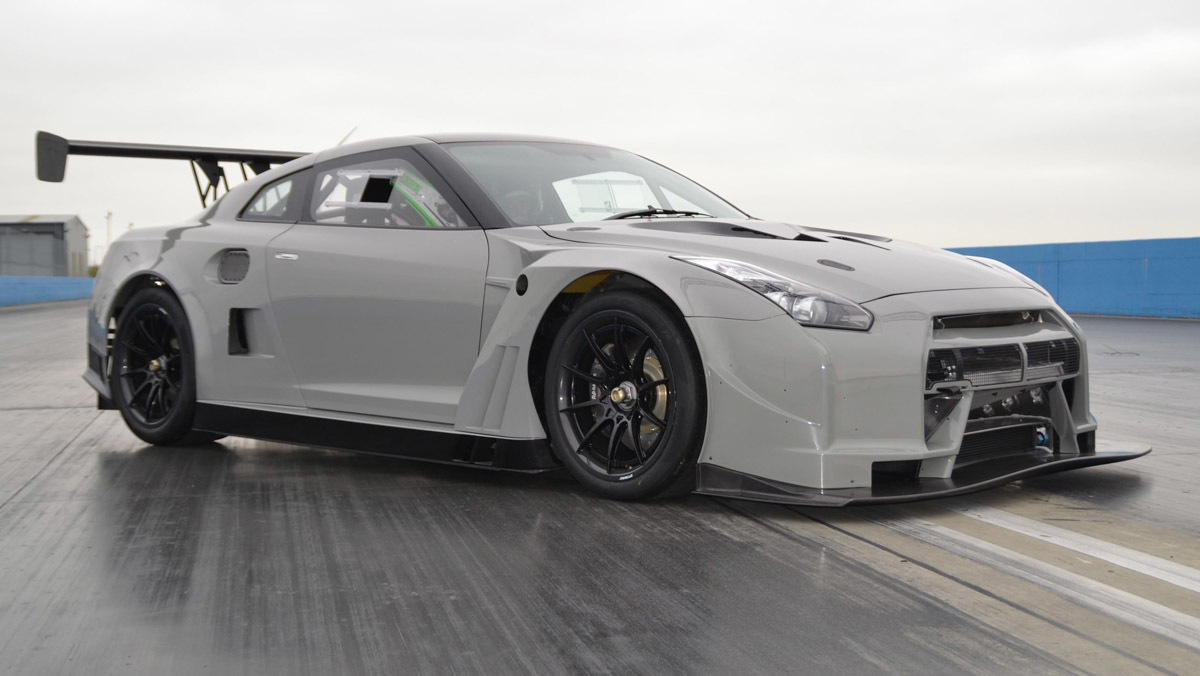 JR Motorsport (JRM) has revealed a road-legal version of its GT3 racing car for private customers called the GT23. While the term ‘road-legal racing car’ is one often thrown around when the carpets have been removed in a run of the mill performance car, the GT23 is no mere marketing exercise, but genuinely a competition car with number plates and headlights.

Twenty three units will be built at JRM’s Daventry production facility, each with the same basic chassis, powertrain and body as the GT3 car. This includes a structural change to the engine’s placement in the chassis, sitting lower and further back than in the road-going GT-R. This is due to the switch to rear-wheel drive, removing the second driveshaft and under-engine differential that push the road-going GT-R’s engine upwards.

The twin-turbocharged 3.8-litre V6 engine is also derived from the racer, rather than the road car, but does without any power restrictions. Peak power is rated at 675bhp, with the option to raise it to up to 750bhp. The target kerb weight is quoted at 1350kg, giving the GT23 a 500bhp/ton power-to-weight ratio. Internals have been redesigned to be more durable than a GT3 racer too, with new pistons, conrods, camshafts and turbos – reducing the frequency of costly rebuilds.

The transmission attached to the engine is also derived from competition, a pneumatic six-speed sequential transmission, again modified specifically for the GT23. With the new placement of its engine, the front subframe and suspension have also been derived from the GT3 racer, but features completely new geometry and kinematics, as well as bespoke springs and dampers.

There are two wheel options available, both featuring centre-lock wheel hubs, in an 18-inch aluminium size that can be fitted with racing slicks, and a larger set of 20-inch carbonfibre wheels for use with road tyres. The brakes are also new, and have been sourced from AP Racing, utilising six-piston calipers gripping 380mm discs on the front axle and four-piston units on 355mm discs on the rear.

Little concession has been made to civility in the cabin, with no more than a skin of Alcantara wrapped around the caged and stripped out interior. There will be multiple drive modes accessible via a digital instrument cluster, but the standard GT-R’s comparatively luxurious cabin is otherwise entirely removed.

No specific pricing has been established by JRM as yet, but the first prototype has been completed and viewings for prospective customers are now able to be booked at JRM’s Daventry-based headquarters.