An attractive SUV that drives well and now has an ace interior, but suffers from an ill-suited powertrain in P400 form 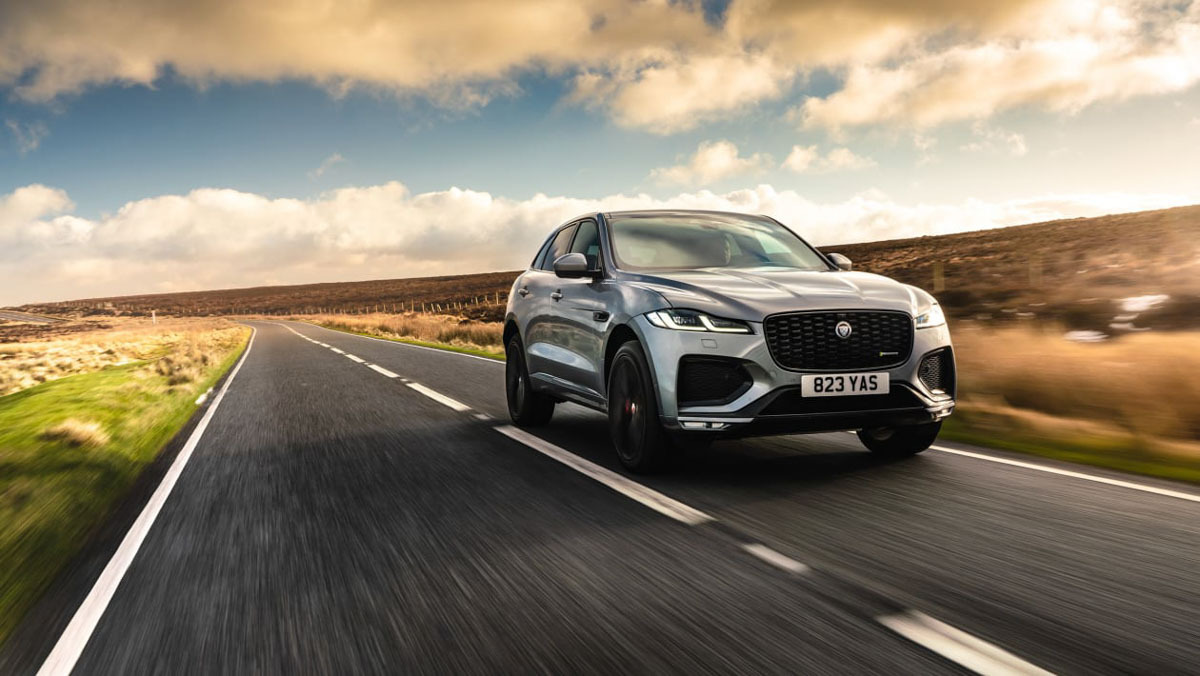 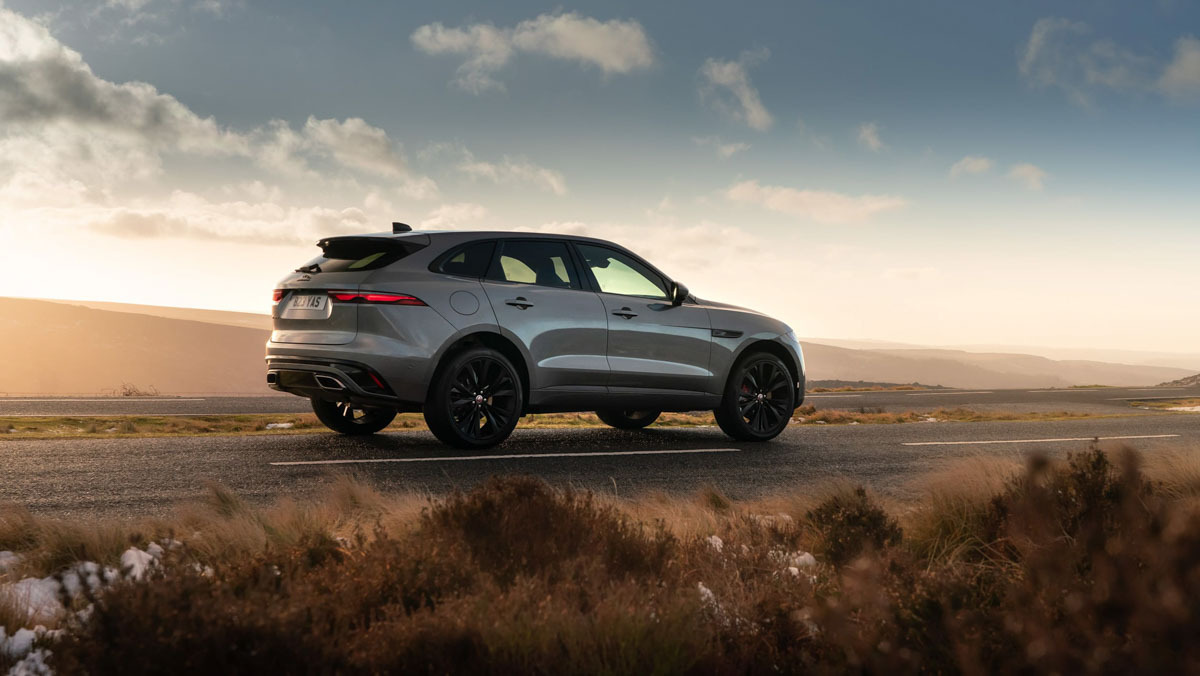 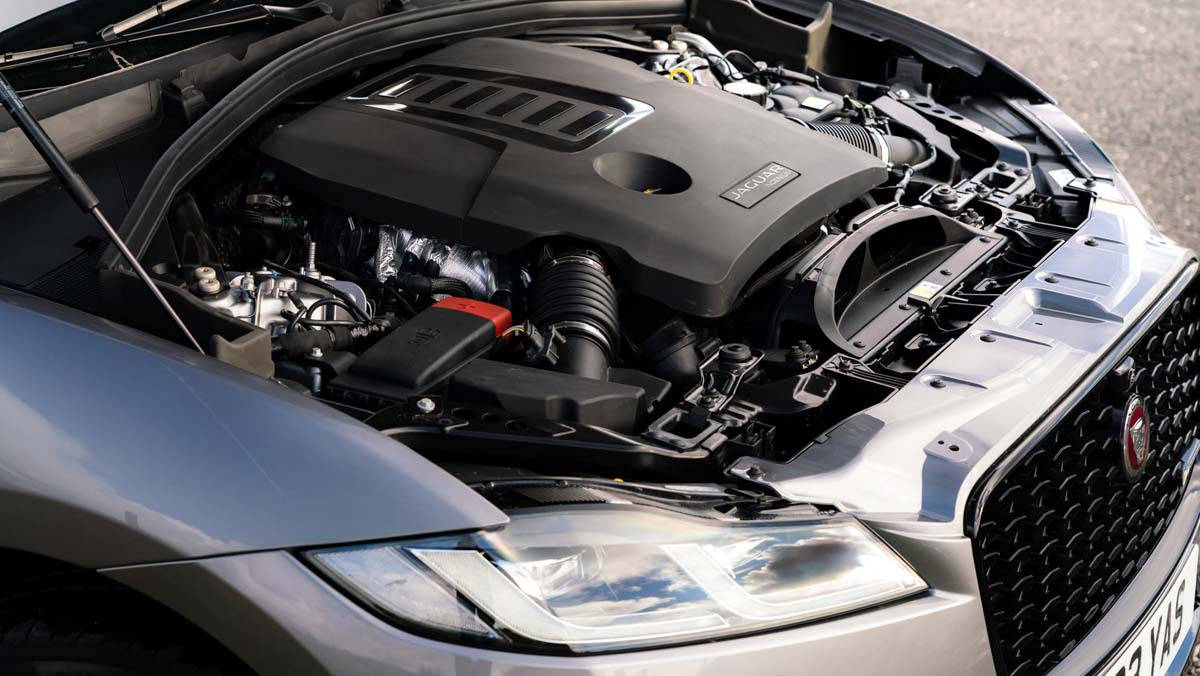 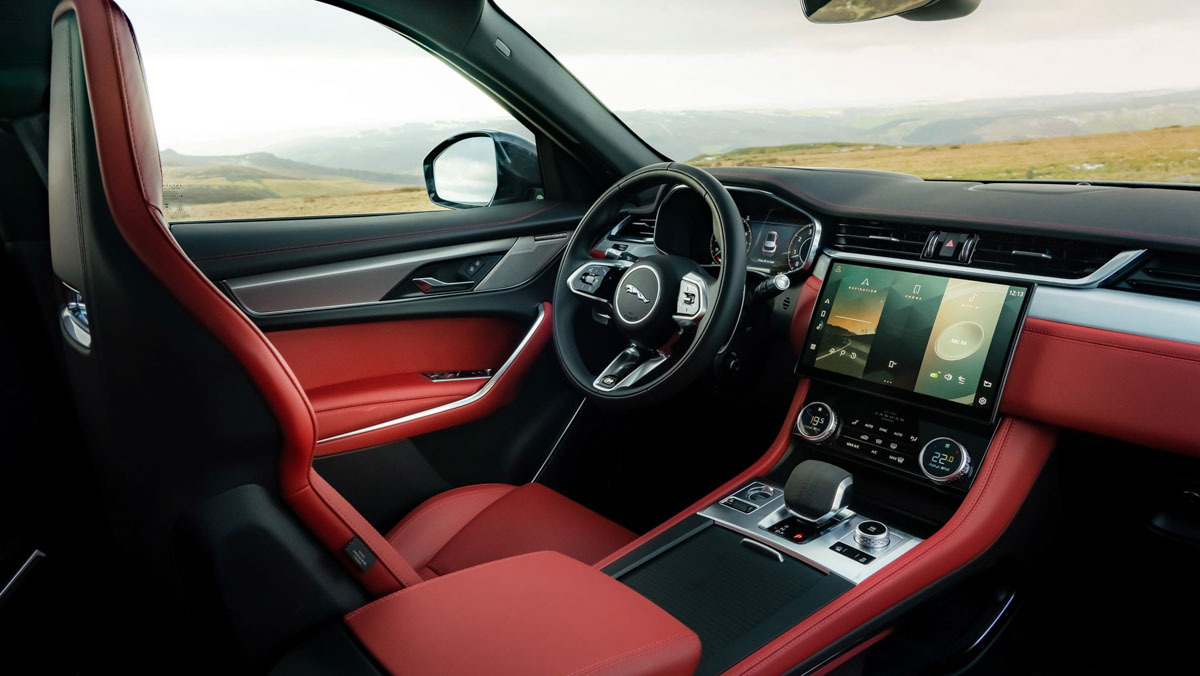 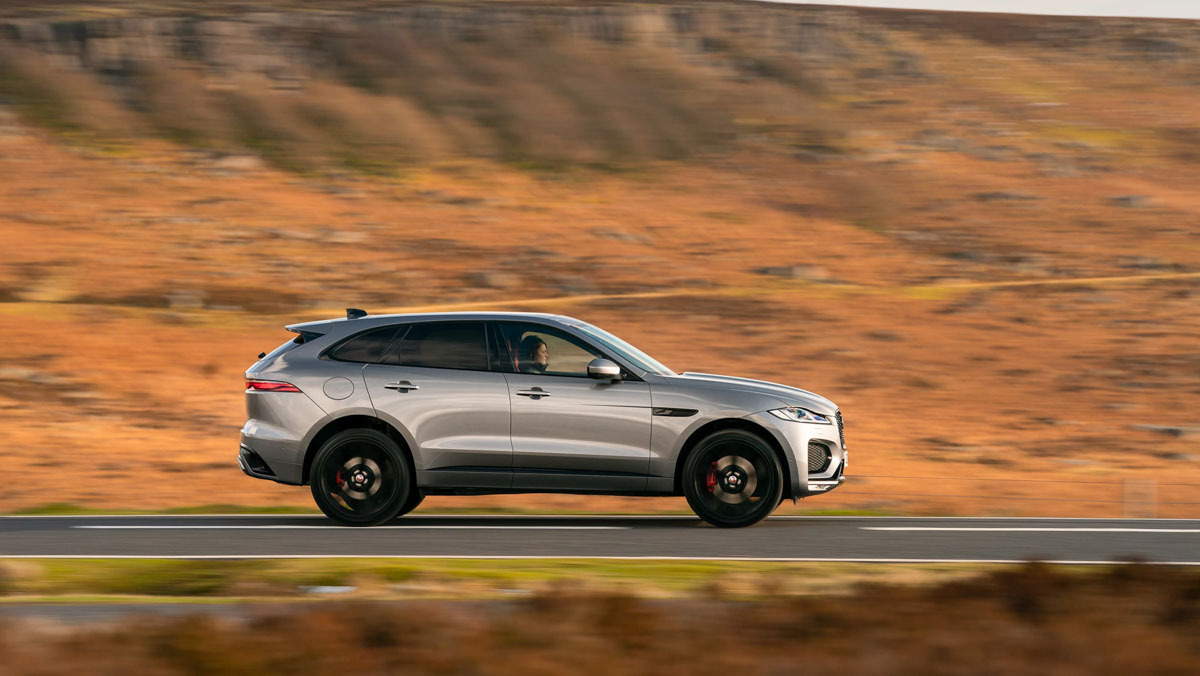 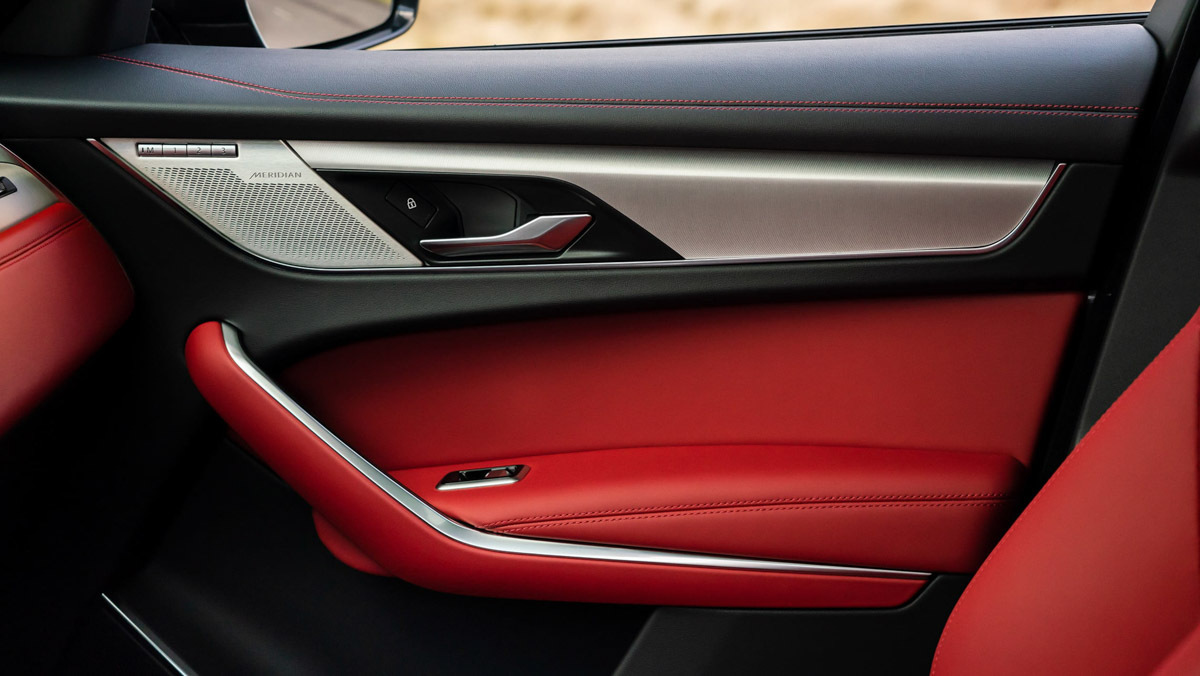 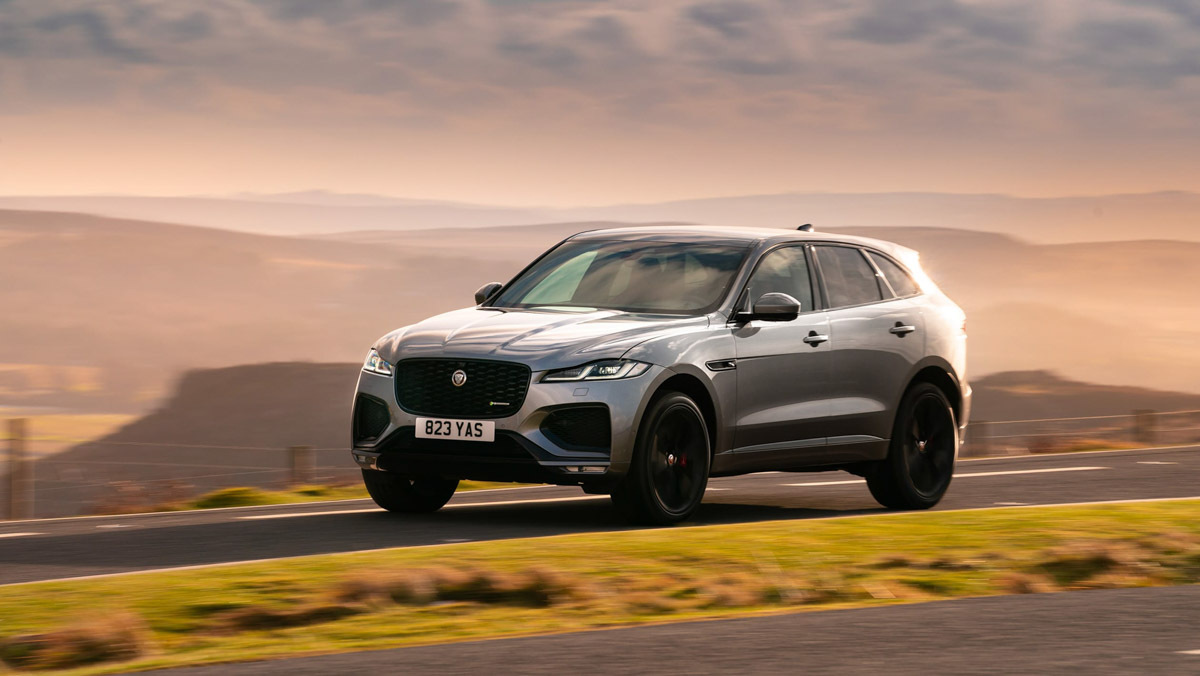 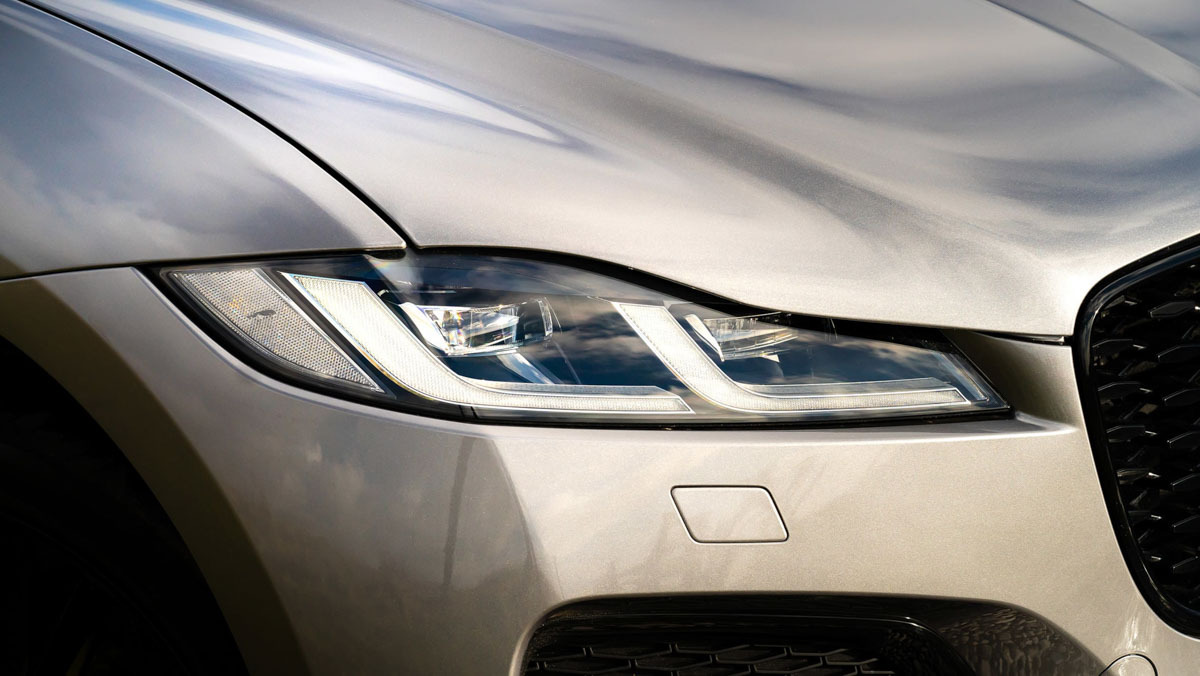 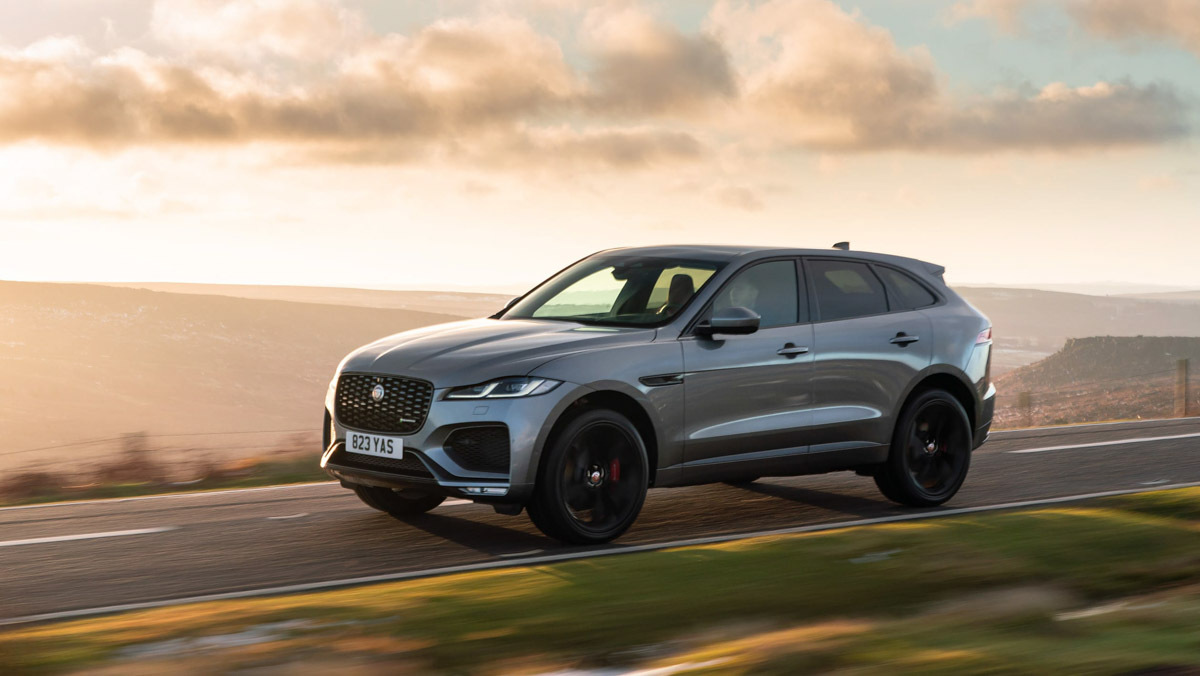 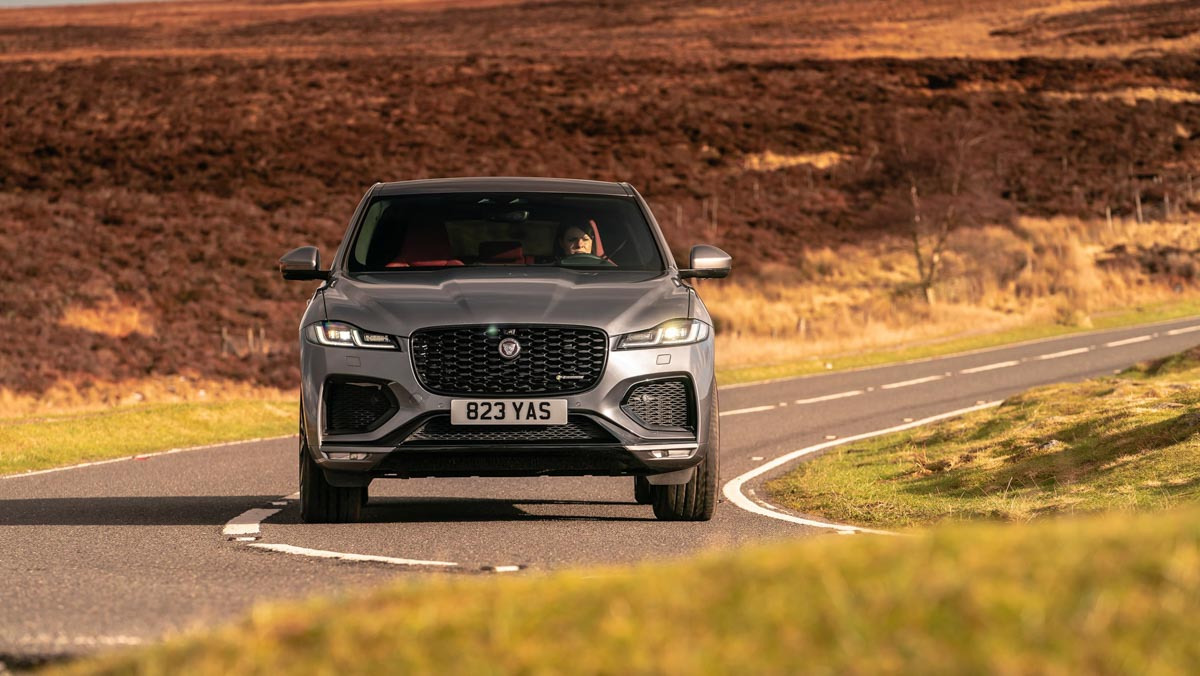 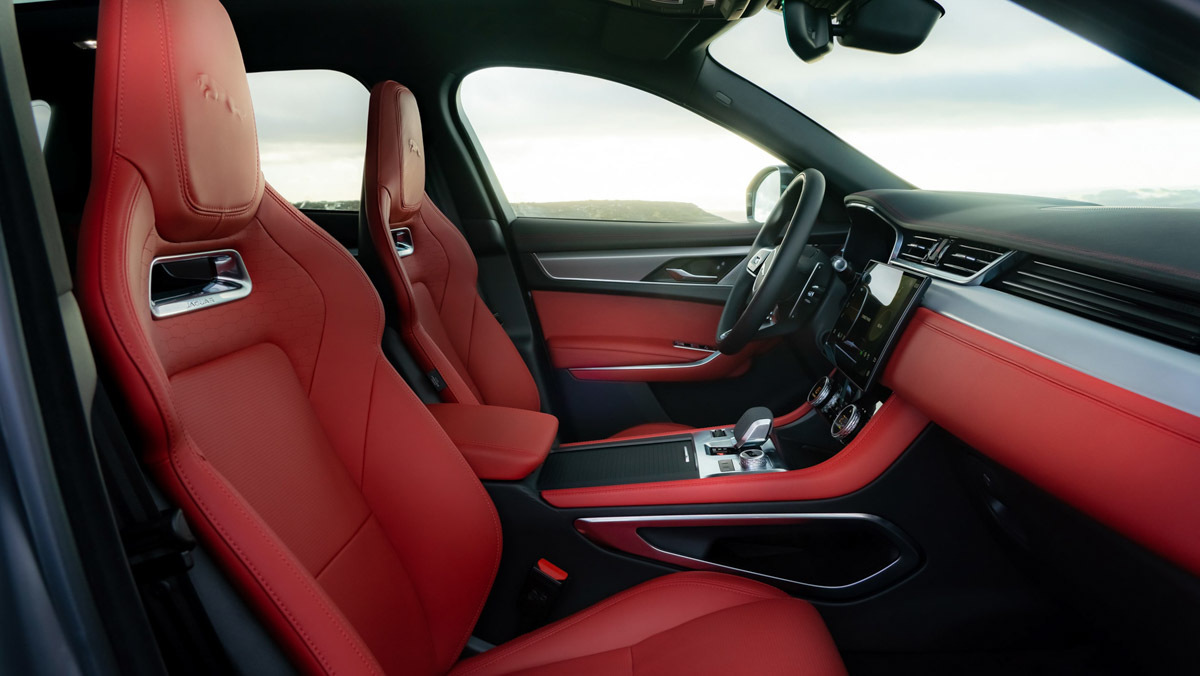 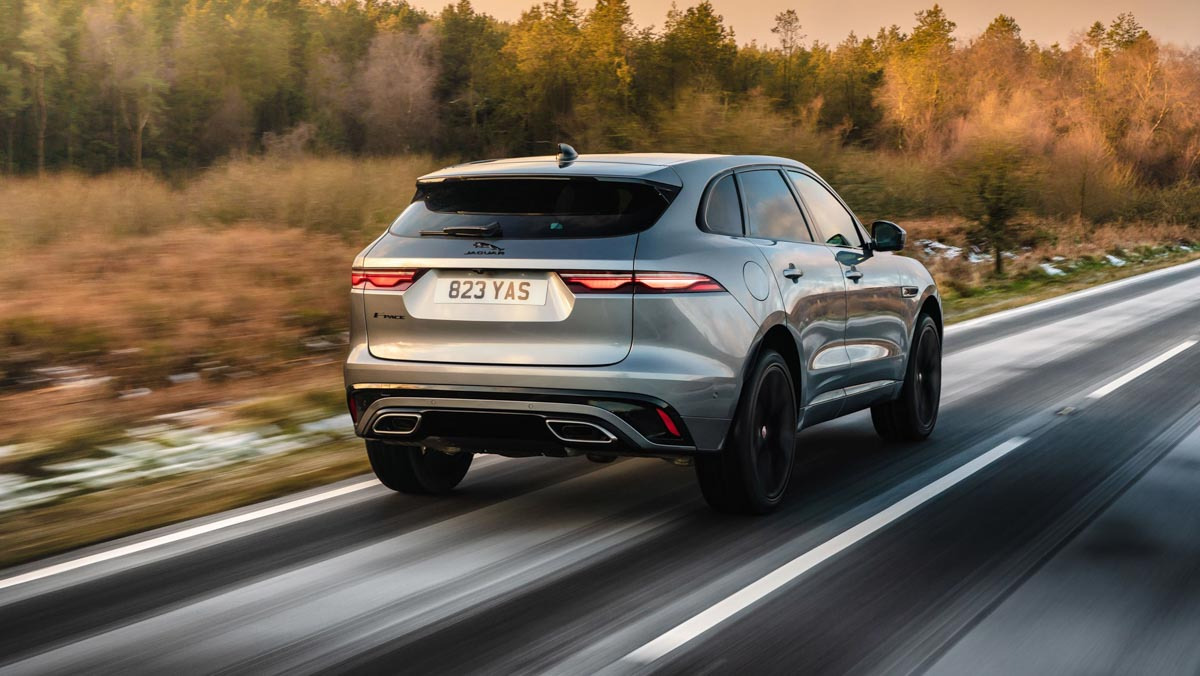 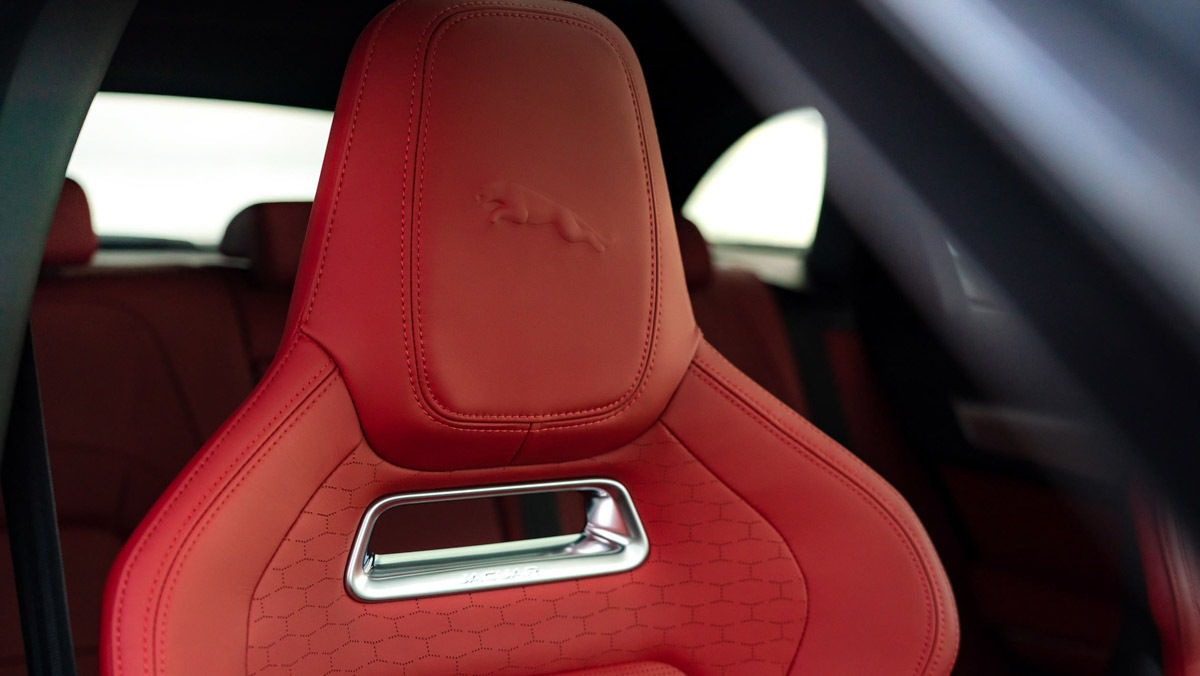 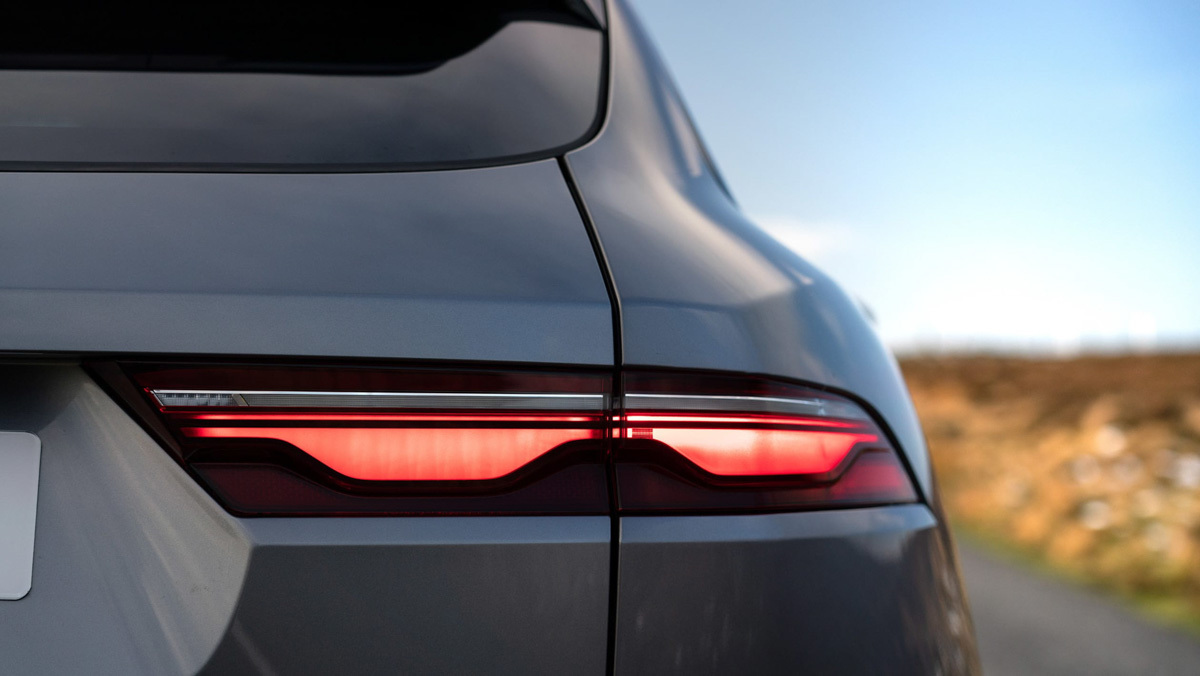 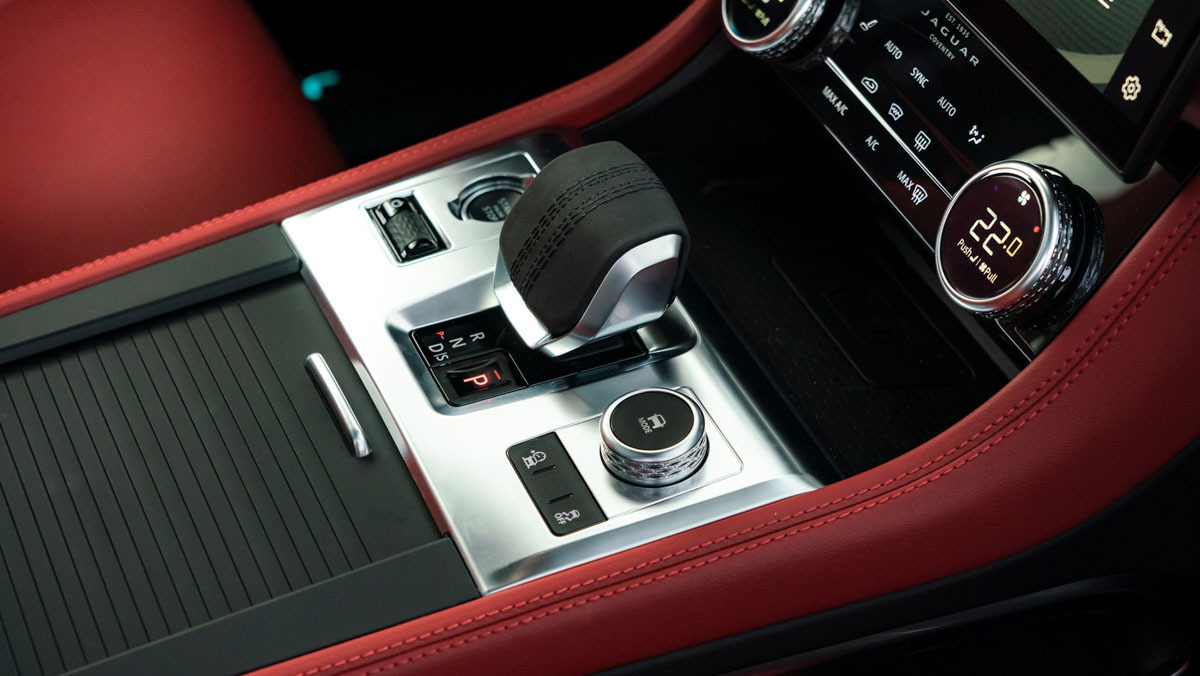 The F Pace could be described as Jaguar’s 21st century XJ. Not in form, perhaps, but as a single model that forms the financial backbone of Jaguar as the British manufacturer again finds itself fighting for life in a challenging market.

As such the F Pace is an important model for Jag, so it’s no surprise that heavy investment has gone into this mid-cycle update. The new straight-six P400 model we’re driving here is only one part of the wider range of engine updates that brings new mild hybrid four-cylinder petrol and diesel engines, an inline-six diesel and a plug-in hybrid, together with a reboot of the range-topping SVR.

The F Pace has also undergone a total interior refresh and received a few subtle changes to the exterior, sharpening things up without dramatically changing its aesthetic. But have Jaguar’s efforts been enough in this fast-moving and competitive class?

This P400 model is powered by JLR’s new Ingenium straight-six petrol engine that finds its first application inside a Jaguar here. There’s a fine history of Jaguars using straight-six power but these days market forces clearly trump nostalgia because no Jaguar saloon or sports car is currently available with this engine.

The engine itself is augmented by a 48V mild hybrid system that does a variety of jobs within the powertrain. It’s most prevalent role is powering the small belt mounted starter generator that runs many of the cars ancillaries, but it also powers a small electronically-driven supercharger that improves throttle response and torque-fills where required. The bulk of the engine’s boost is produced from a traditional twin-scroll turbocharger, which together with other more traditional tech, like variable valve lift and timing, make it a thoroughly modern engine.

Power is transmitted to a rear-biased all-wheel drive system via an eight-speed ZF automatic transmission, and peaks at 394bhp between 5500-6600rpm, with its maximum 405lb ft of torque available lower down between 2000-5000rpm. Performance figures are about right for the P400’s placement as the quickest non-SVR model, reaching 100kph in 5.4sec and going onto a top speed of 250kph.

Under the skin, the F Pace is broadly based on the same aluminium chassis as the XF and XE saloons, hence its cab rear silhouette and rear-biased all-wheel drive system. The use of an aluminium chassis might sound like a key effort to keep the F Pace’s weight down, but this P400’s 2028kg EU weight speaks of its efficacy in that regard.

P400 models ride on a combination of steel springs and adaptive dampers as standard, with the XF-derived double-wishbone front and integral link rear suspension still giving the XF a more road-biased hardware setup than many rivals.

But customers will probably care more about the F Pace’s all-new interior, which is a quantum leap ahead of the previous model. The layout is simplified and consolidated, material quality is much higher, and the tech, both within the new curved glass infotainment system and the features controlled via the steering wheel, feels modern, considered and well executed.

When the F Pace arrived in 2016, it joined the Porsche Cayenne and BMW X5 as one of the better SUVs to drive. This remains accurate for the most part, but this P400 HSE model feels at odds with itself, striking an uncomfortable balance with its combination of a brittle ride, peaky engine and languid transmission.

As with so many JLR products, the weak point within the powertrain is not the Ingenium engine, but its relationship with the transmission. In almost all circumstances, any input from the pedal is met by a mushy response that seems independent of the engine. Pull away and the instant torque expected from the clever electric supercharger just doesn’t make itself felt, as if the transmission is absorbing that energy within it’s torque converter rather than turning it into forward motion.

In the case of the P400 this is a real shame. The engine itself has a thrummy note and impressive pull once in the upper reaches of its rev band, but that top-end performance feels so difficult to access that you have to be pretty committed with the throttle to get the best of it. Take control of the gears with the (excellent) paddles behind the steering wheel and some of that veil is removed, but it’s still there, giving you the impression that the ratios aren’t quite fully engaged.

Another factor limiting this engine’s success within the F Pace is undoubtedly the car’s mass. Although it’s controlled fairly well, the F-Pace does feel its weight, especially under braking where its basic sliding caliper package feels underspecified given the performance available. Experience with JLR’s new mild-hybrid diesel engines in other parts of the range confirms they would be a far better match to the F Pace’s character.

The steering feels less rubbery and more precise than in other F Paces, but the ride quality, has other ideas, as despite a nicely judged primary ride quality on smooth roads, it quickly deteriorates as the surface does. There’s a brittleness at low speeds and a lack of wheel control as you go faster, though this was no doubt compounded by the 22-inch tyres on our test car.

Looking beyond the poor powertrain and compromised ride quality of this model, there’s no doubt that in a more sensible specification the F-Pace can be an agreeable example of a premium SUV – especially now that it finally has the interior and diesel powertrains to compete.

The F Pace sits between traditional SUV market sectors in terms of size, but prices have shifted over time to make it roughly equivalent to a BMW X3 rather than the larger X5. This P400 model is available in all trim variants starting at $77,863, but can quickly rise up to nearer $96k in higher trim levels.

BMW’s X3 M40i is both a tad smaller and less powerful, but costs about the same and is not quite as well equipped as the Jag. Meanwhile the Audi SQ5, Mercedes-AMG GLC43 and Porsche Macan S all do a similar job for similar money. The Porsche is the tightest to drive and by some margin has the best powertrain, leaving it as the best, if predictable choice.