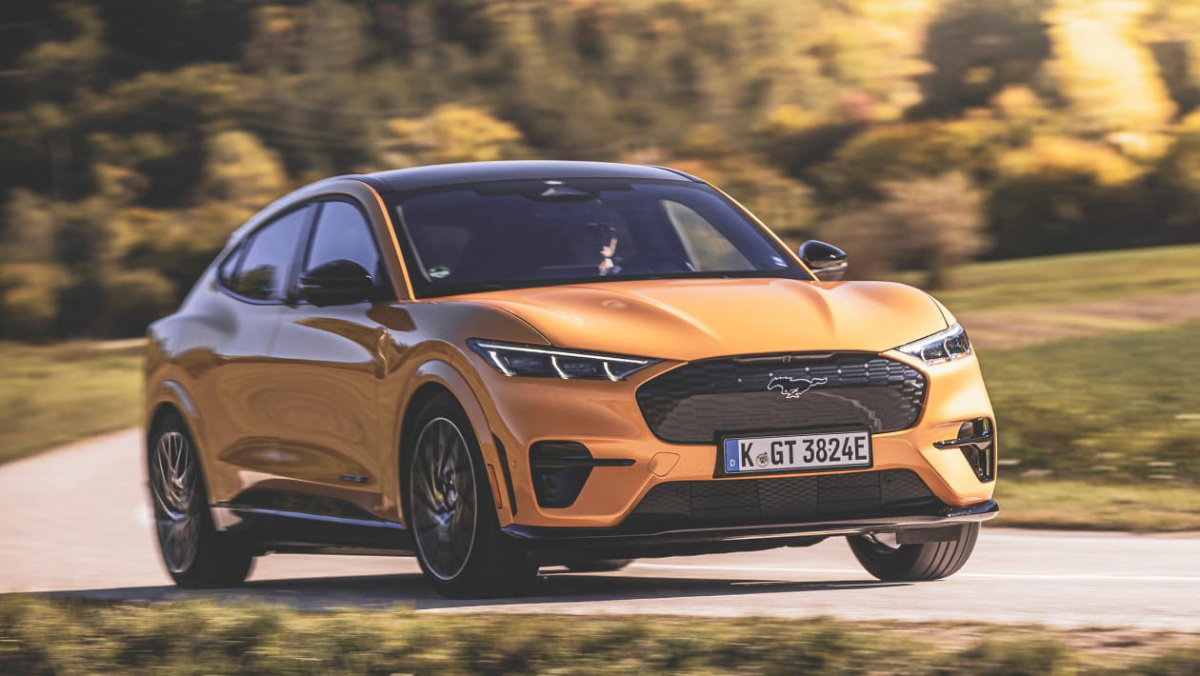 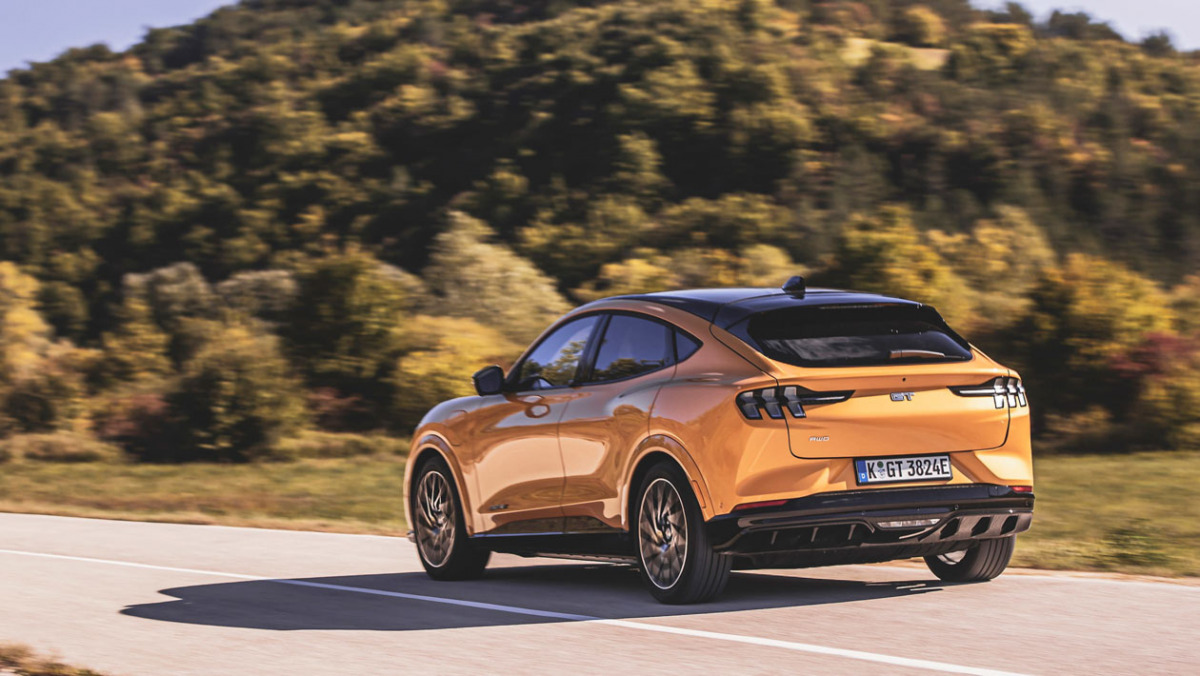 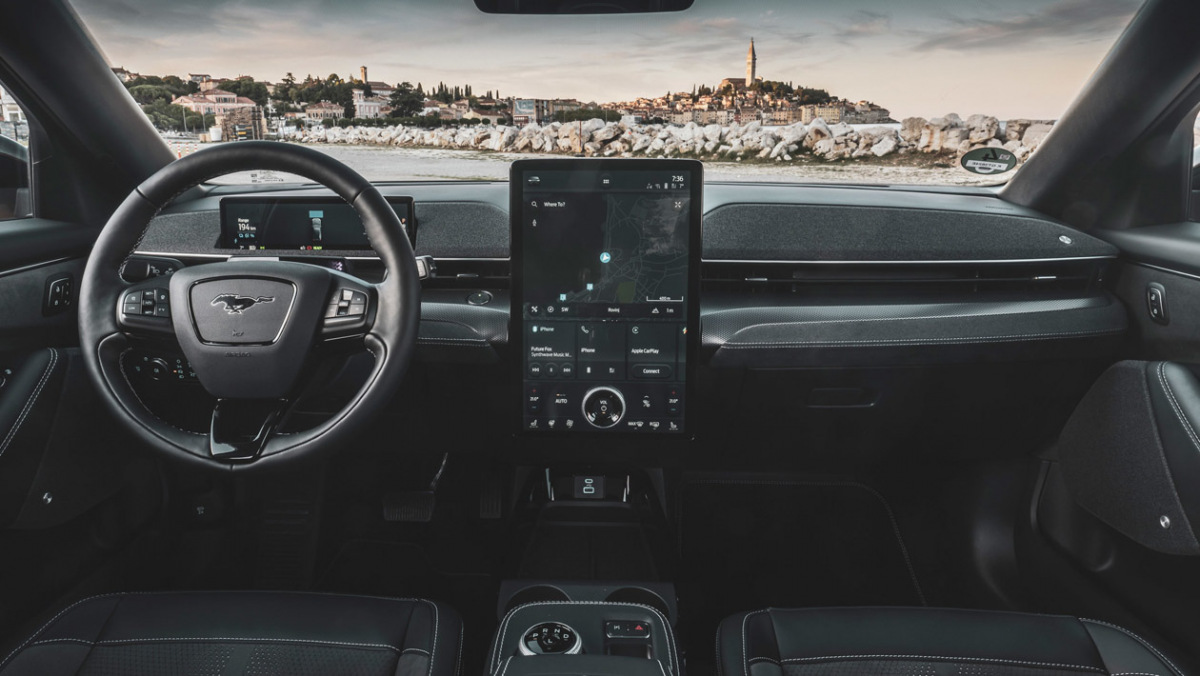 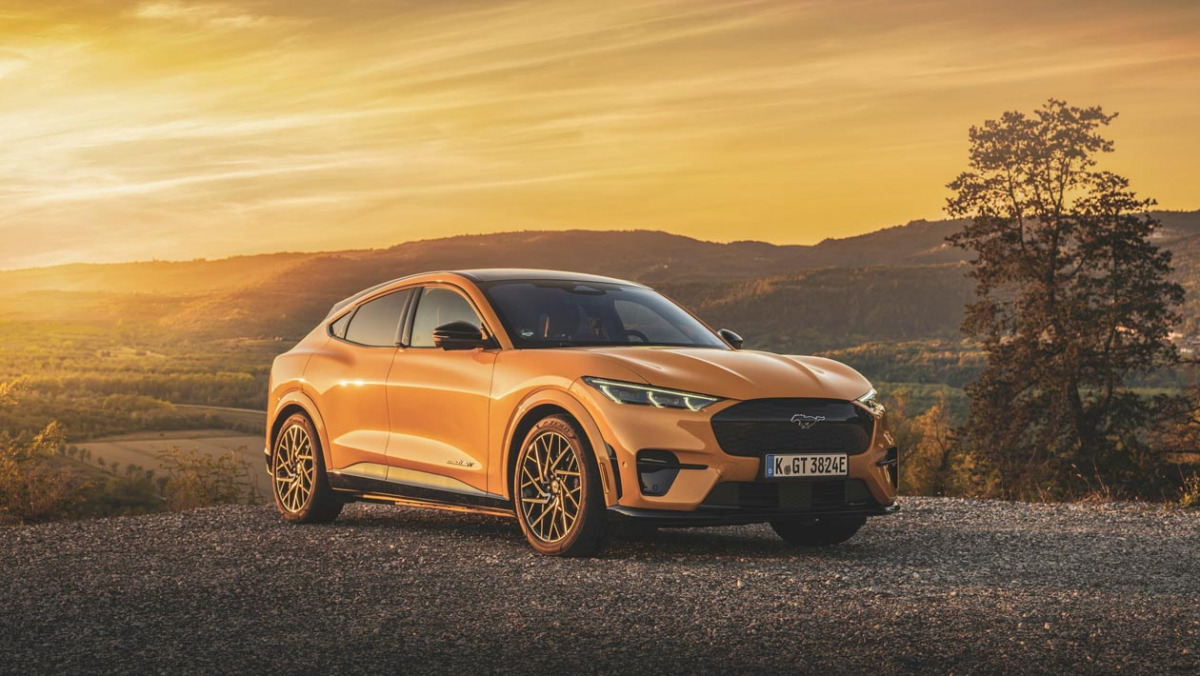 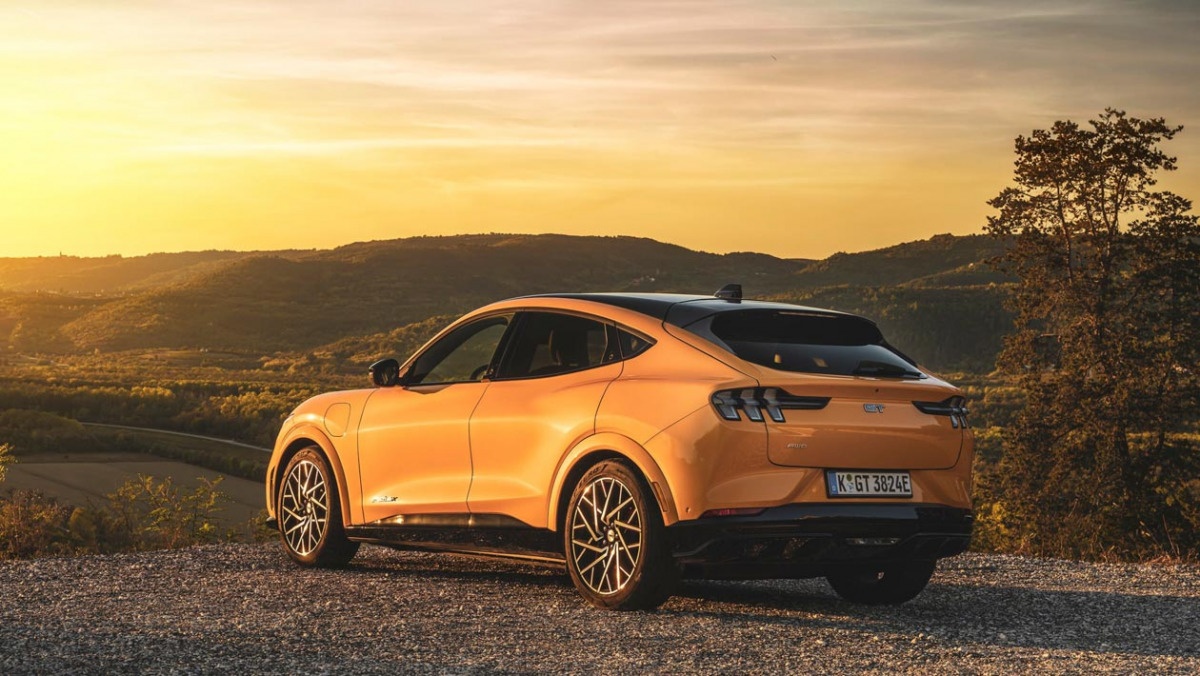 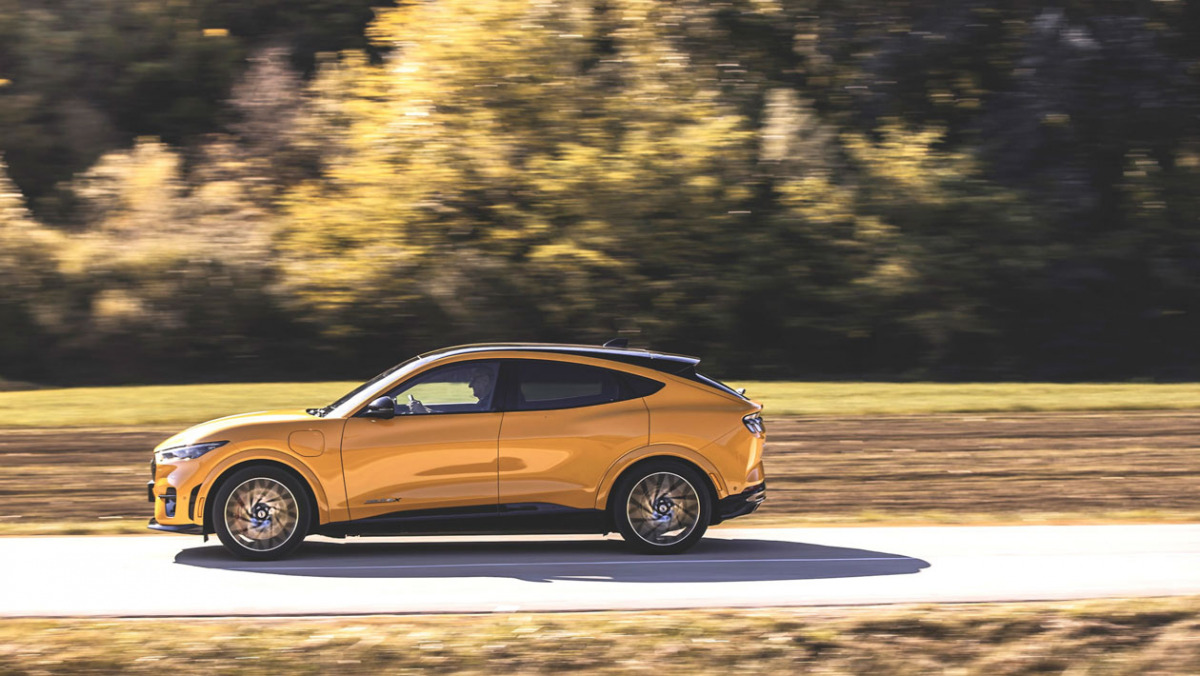 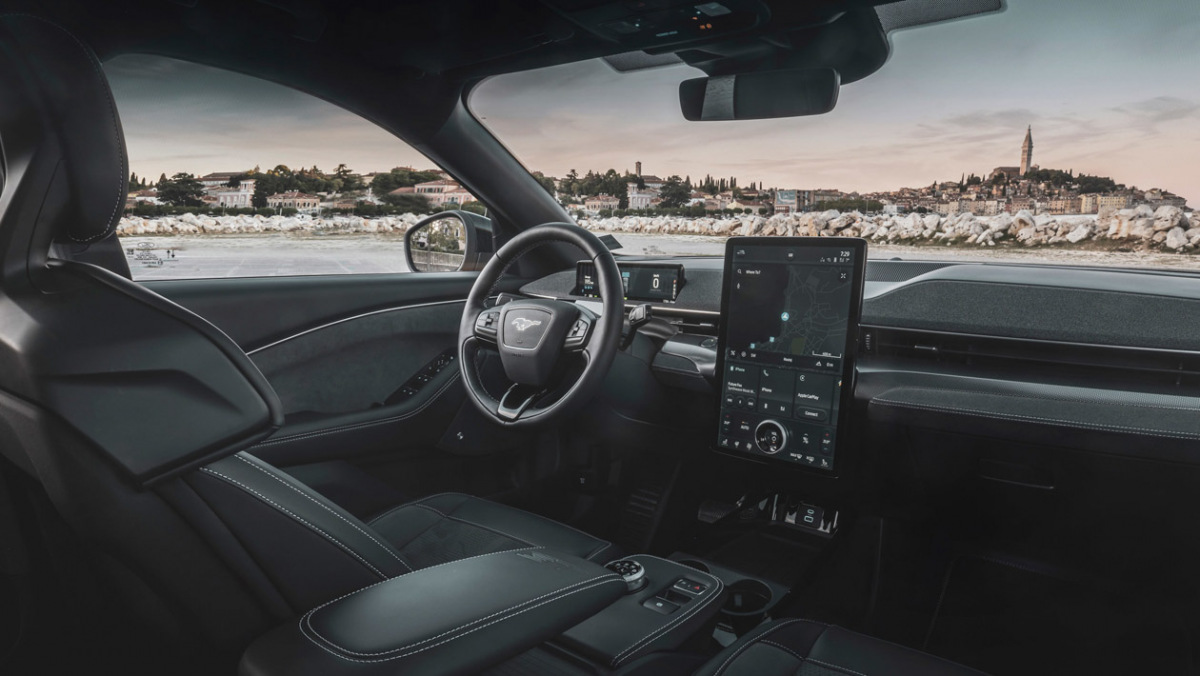 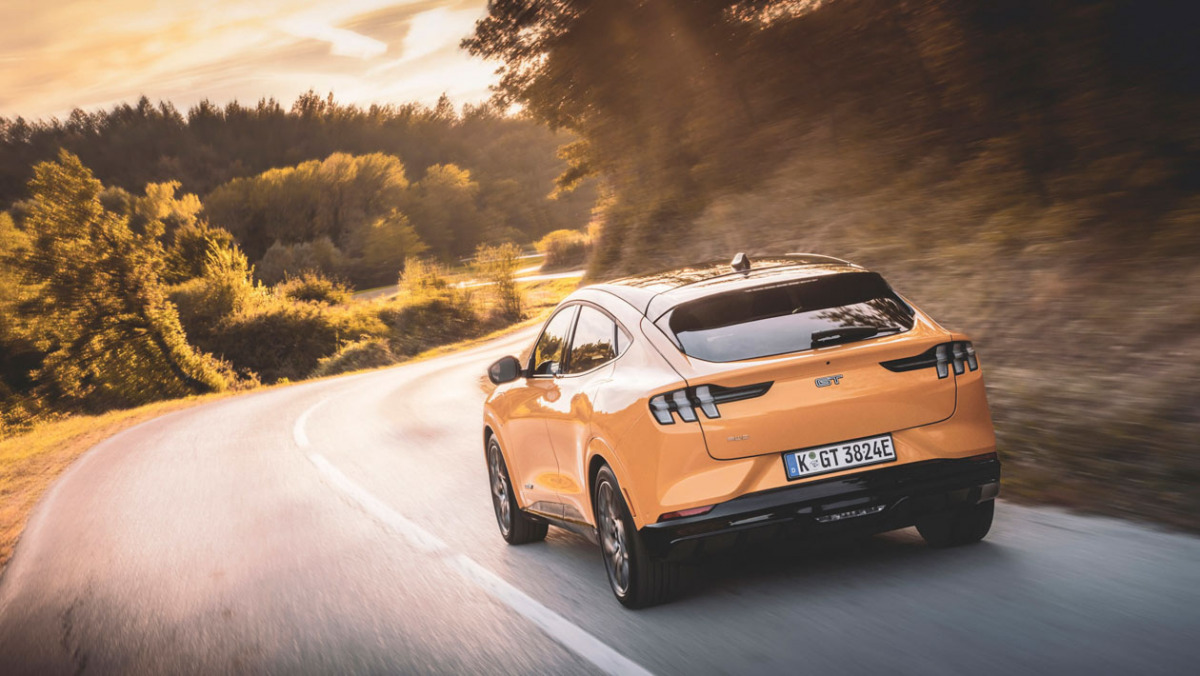 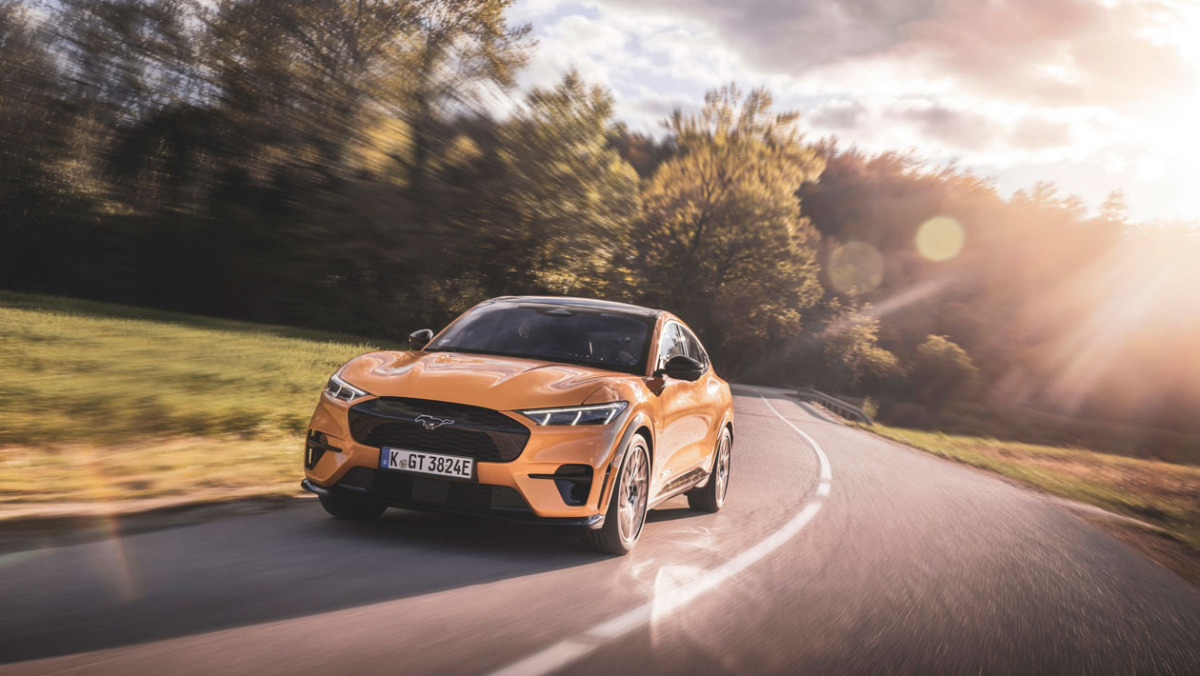 Don’t be hung up on the name. Forget the Mustang bit altogether, in fact, because Ford’s Mach-E in GT spec is worthy of standing on its own four Pirellis as another fine car that’s been blessed with the magic touch of Ford Performance.

Mach-E is Ford’s first all-electric car as it heads towards offering all its vehicles with some form of plug by 2030, and the 480bhp GT is the 21st Century’s RS Cosworth and the closest we’ll get to an Mk4 Focus RS for some time.

Its performance comes courtesy of a 98.7kWh battery pack, of which 88kWh is usable to drive a motor on each axle. Both motors take their fair share of the aforementioned power, but they also have 634lb ft of torque to play with, a figure greater than Ford’s current GT supercar and the most torque ever produced by any Ford road car.

To generate the extra power over the lesser dual-motor Mach-E, the GT has a more powerful motor on its front axle compared, with the whole powertrain recalibrated to deliver more torque to the rear axle more of the time, regardless of the three driving modes selected: Whisper, Active and Untamed. There’s also an Untamed Plus mode for track work that adjusts the throttle and steering responses and slackens off the traction and stability systems.

There are other unique features to help differentiate the GT from its lesser Mach-E siblings including Brembo brakes with four-piston calipers front and rear, and 385mm front discs. Ford’s MagneRide adaptive dampers are standard fit and have been recalibrated for European markets, while Pirelli has developed a set of bespoke P Zero tyres for the 20-inch alloy wheels.

Naturally the GT is quick in a straight line, it’s the electric car party piece after all. 100kph arrives in 3.7sec, and it feels Golf R quick between the corners, the instant pick-up of the electric motors still impressing where some rivals have already begun to tail off. Although most hot hatches will come flying by with plenty more to give once the GT smashes into its 200kph limiter.

Of course, it’s heavy at 2273kg. But like many of its kind the technology is worked overtime to mask as much of this bulk as possible in a bid to allow the Mach-E GT to deliver as much as possible on its performance promise. To this end the low-speed ride is on the cumbersome side, the spring rates and dampers clearly tuned for high-speed stability and control rather than low-speed compliance.

Poor surfaces can catch the damping out too, with more shock coming through the body than you’re expecting – reminiscent of an Audi S Line model from a decade before Audi found someone who understood how springs and dampers work. But this focussed chassis approach does mean the GT is able to use every last drop of its power and torque.

Through quick sweepers there’s enough roll to lean on without the feeling it’s all going to end in a ball of metal rolling down the asphalt. It settles into a corner quickly, the steering weight is consistent if lacking in any real feel, but it’s quick enough to work the front of the car into a turn with little delay, and when you get back into the sharp throttle drive is unmistakably from the rear, squeezing its Pirelli’s into the surface. It makes for a quick cross country car that, while it doesn’t entertain as a Type R or A45 S, has enough going on to stop you from getting frustrated.

In slower corners the steering can’t quite match its high-speed responses, leaving you guessing as to how much grip you have, more often than not resulting in the front washing out and you waiting to apply the throttle while it sorts itself out. Work around this front-end obscurity, get the nose turned in with total purchase and you can then feed in enough power quickly enough to overwhelm the rear axle and drive out of the corner with the slightest whiff of corrective lock. It can get a bit messy as weight takes hold, but it injects some attitude into the drive. It’s certainly a more impressive car the quicker you go, but there’s no getting away from the fact it’s a large car and you’ll be turning the lane keep assist off the moment you get in, not only because it’s one of the most dangerous pieces of software the automotive industry has developed, but the Mach-E isn’t easily confined to between the white lines.

Other things you need to know. It’s quiet and refined on a motorway, delivering that serenity that only an EV can. There’s plenty of room inside, too, and some of the materials used in place of plastics are a nice nod to today’s consumer product expectations. The small instrument cluster with its speed readout, nav directions and range and battery charge state is Ford at its innovative best. The Tesla style screen fixed to the centre console is less so. But if it works…

Its claimed 500 kilometers range means a real-world 270, a sensible mileage that will suit most user’s needs and keep the majority of owners away from the less salubrious areas of motorway services charging areas. It will also take a 120kW charge, which means it will replenish from 10 to 80 percent in 45 minutes.

If an electric vehicle is soon to become an unavoidable addition to your home, the Mustang Mach-E will serve you well. It has much of Ford’s driving DNA as is possible bubbling within it, to these eyes it’s distinctive rather than try hard, and it’s a rather pleasant place to spend many a kilometer. Although you’ll still want your ICE car on trickle charge for when engagement and thrills are top of the agenda.

Now for the tough bit, Ford’s Mustang Mach-E GT costs £65,080; perhaps that’s why there isn’t a single Ford badge on display. But Audi’s underwhelming dual-motor Q4 Sportback costs the same, and the German car is so far off the pace from the Ford it’s rather embarrassing. Cupra’s new Born is a more interesting alternative, if smaller, or if you really don’t care you could buy Volkswagen’s ID.4.

The Hyundai‘s Ioniq 5 and KIA EV6 are more interesting designs and carry more kit than the Ford, and while they don’t have the performance they are a sizeable sum cheaper. But, neither quite plug the driver into the experience as well as the Mach-E GT does, however with more driver-focused models coming from both brands (and soon), the notion of a battleground between a Mustang, a Hyundai crossover and Kia hatchback as class champions in driver appeal could well be a reality sooner than we’re ready for. 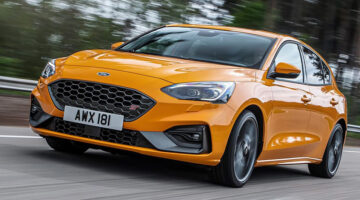