The idea of a 500-horse Focus won’t be for everyone, but for the rest it’s a glorious dose of internal combustion madness 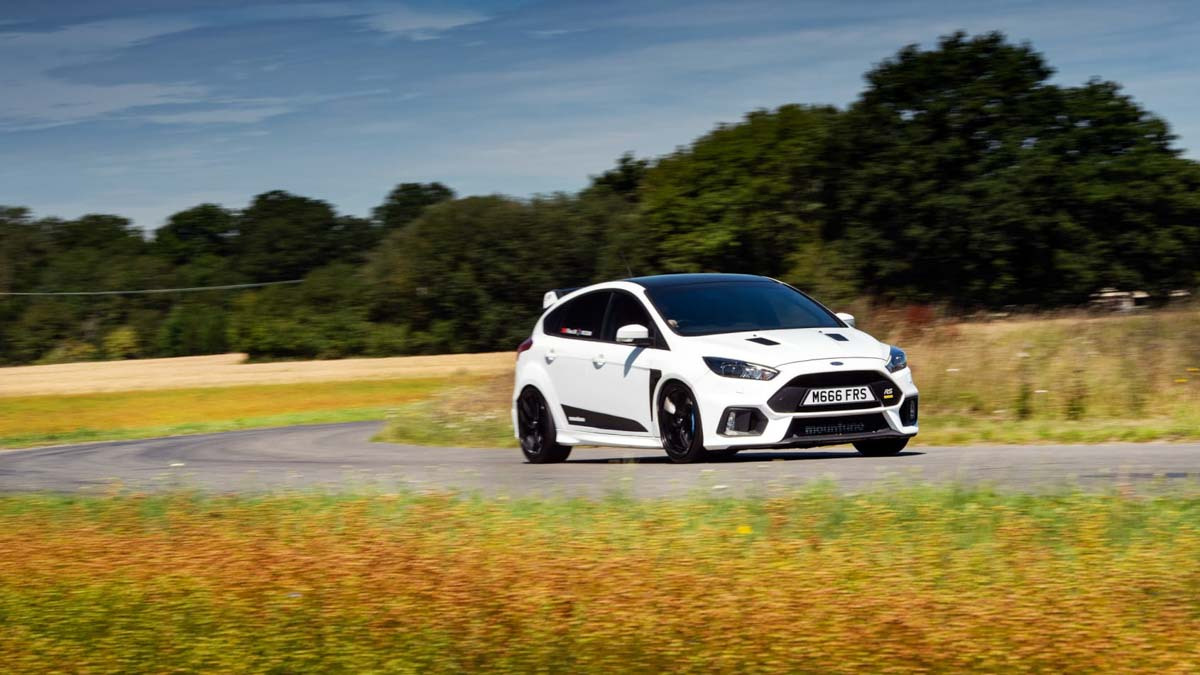 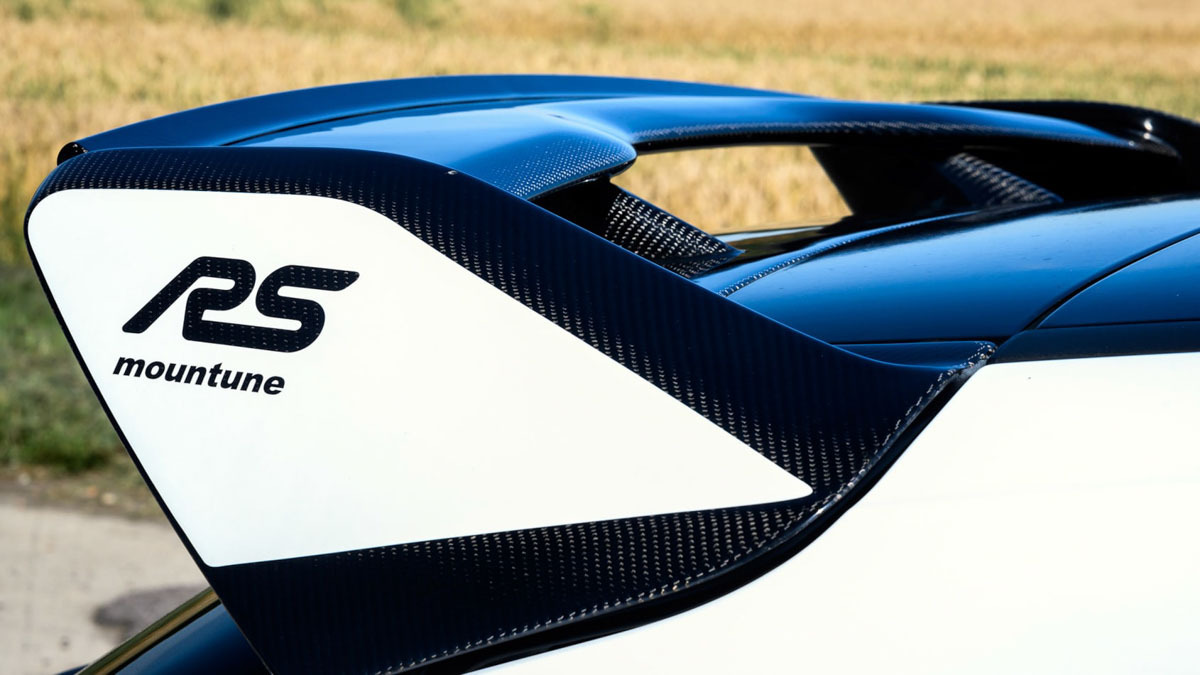 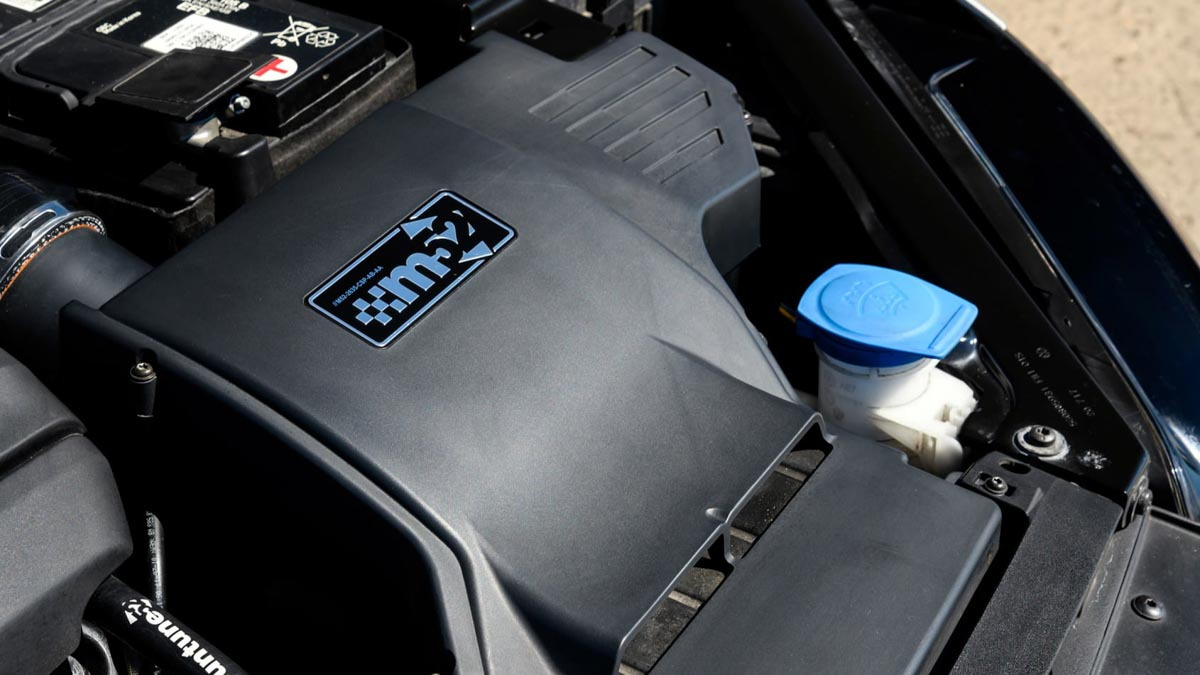 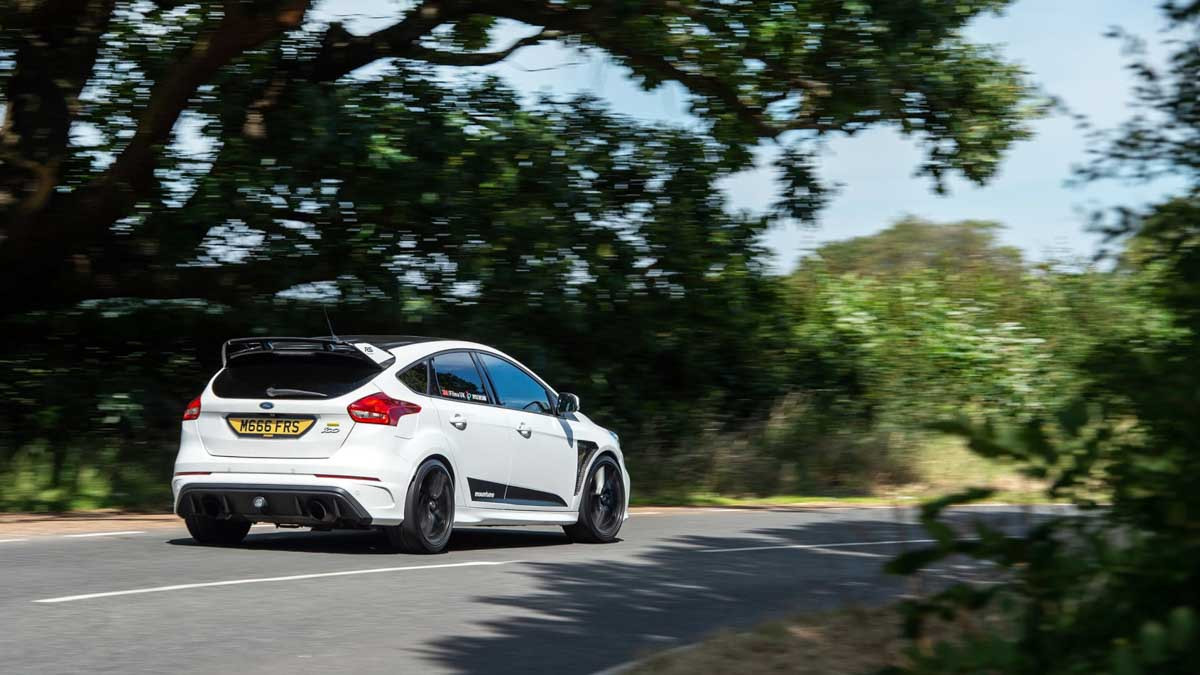 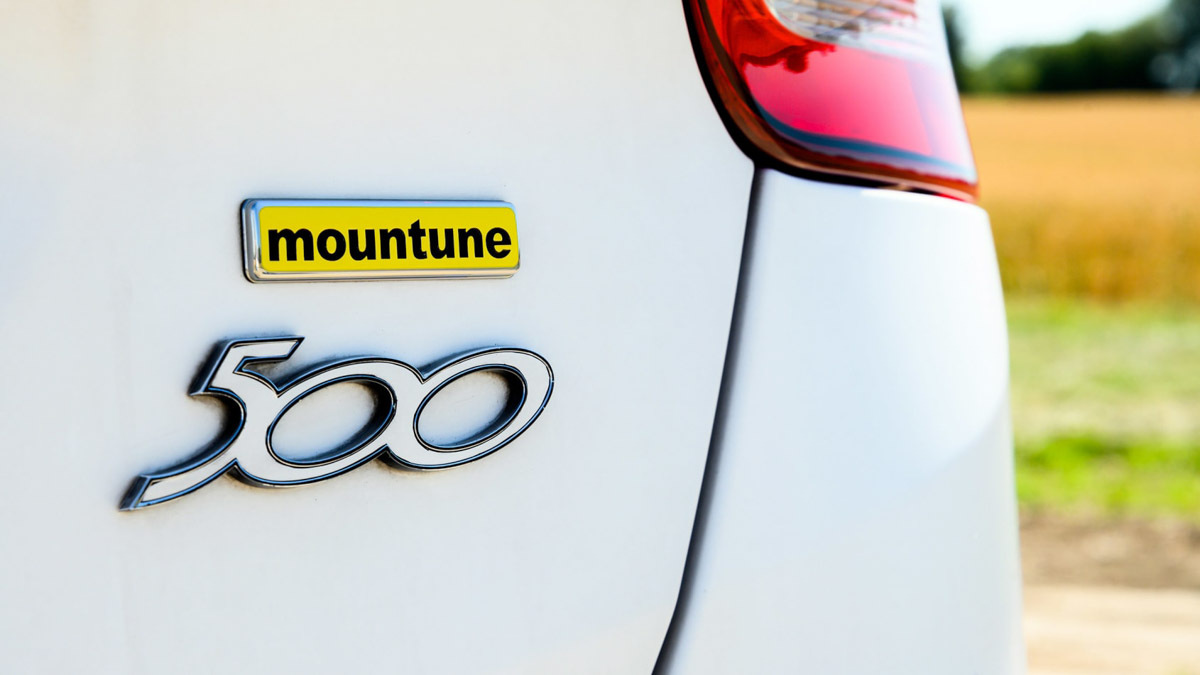 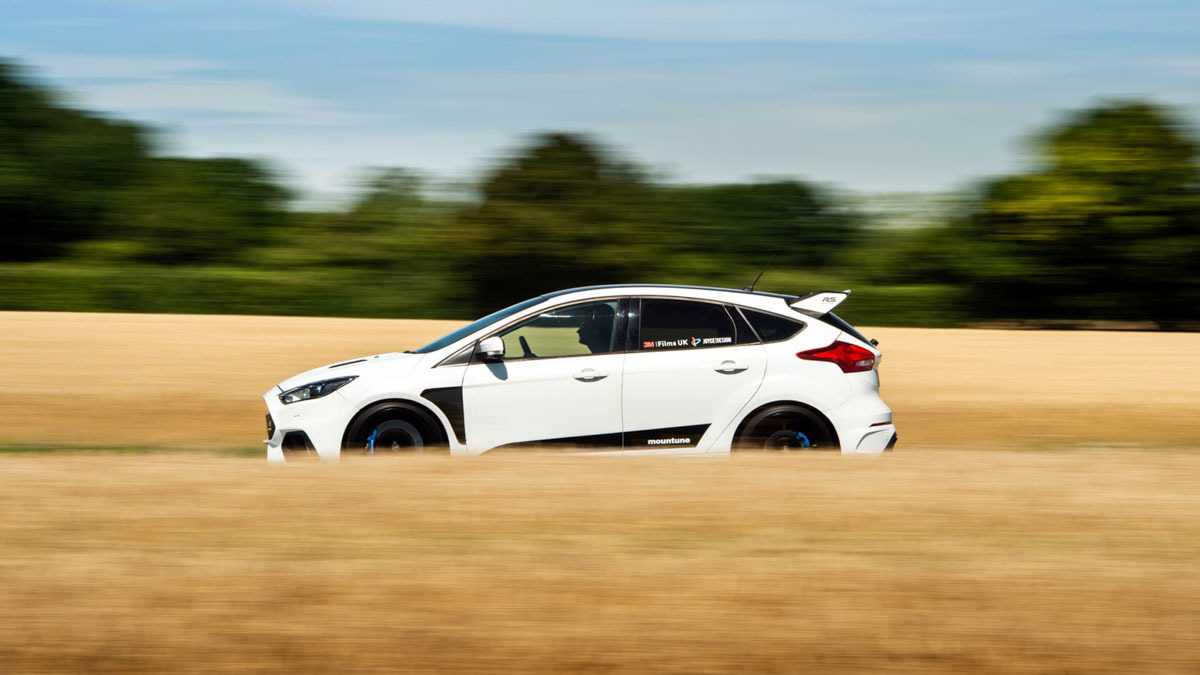 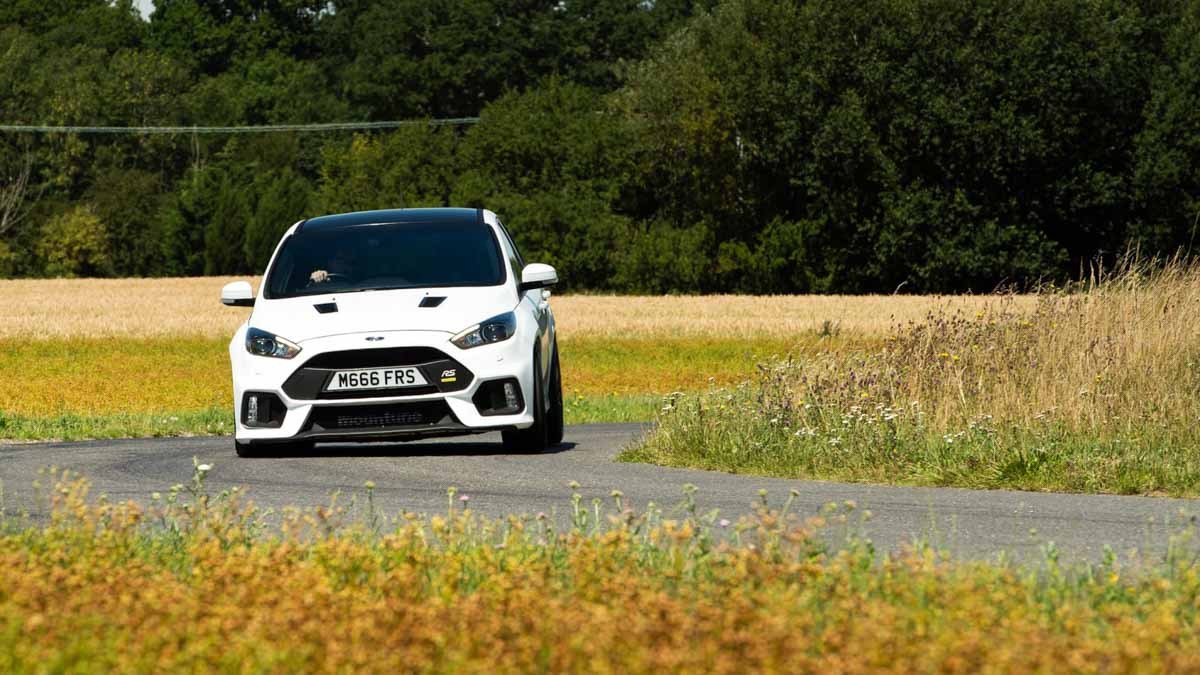 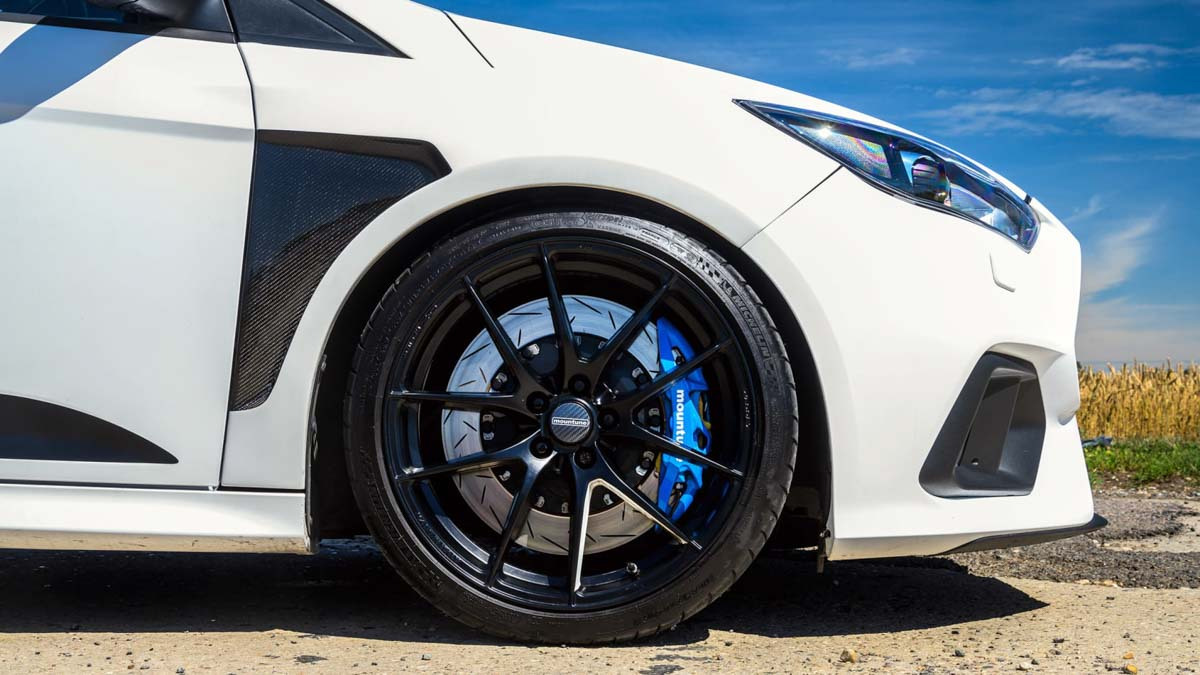 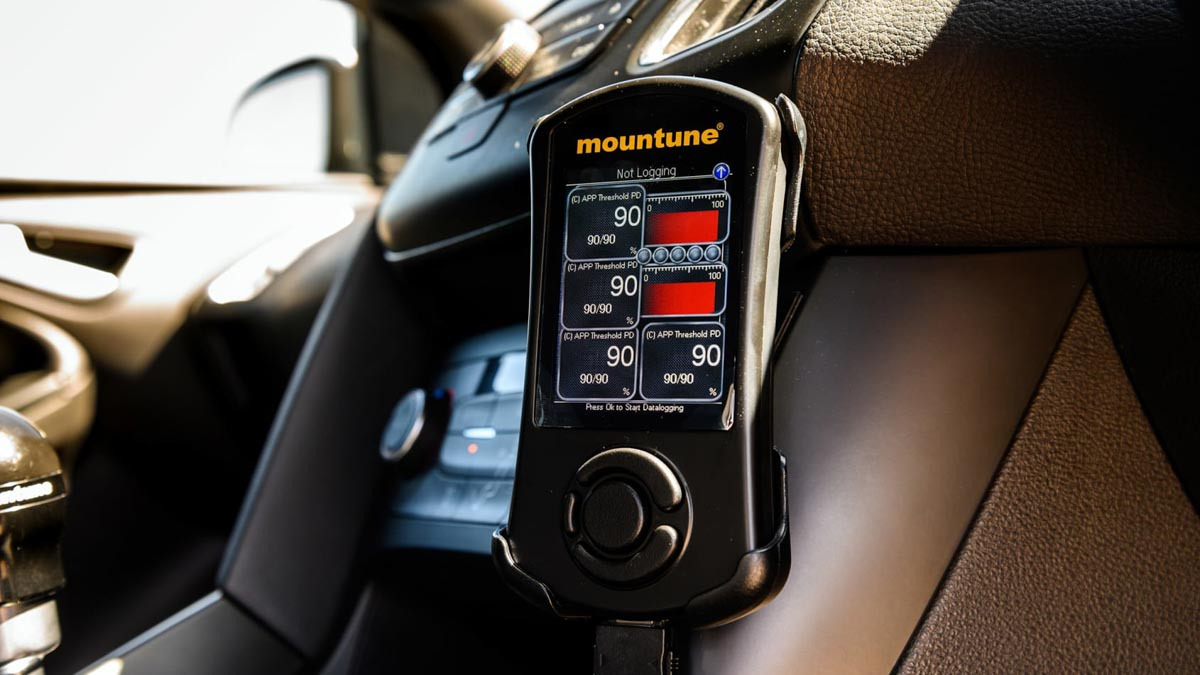 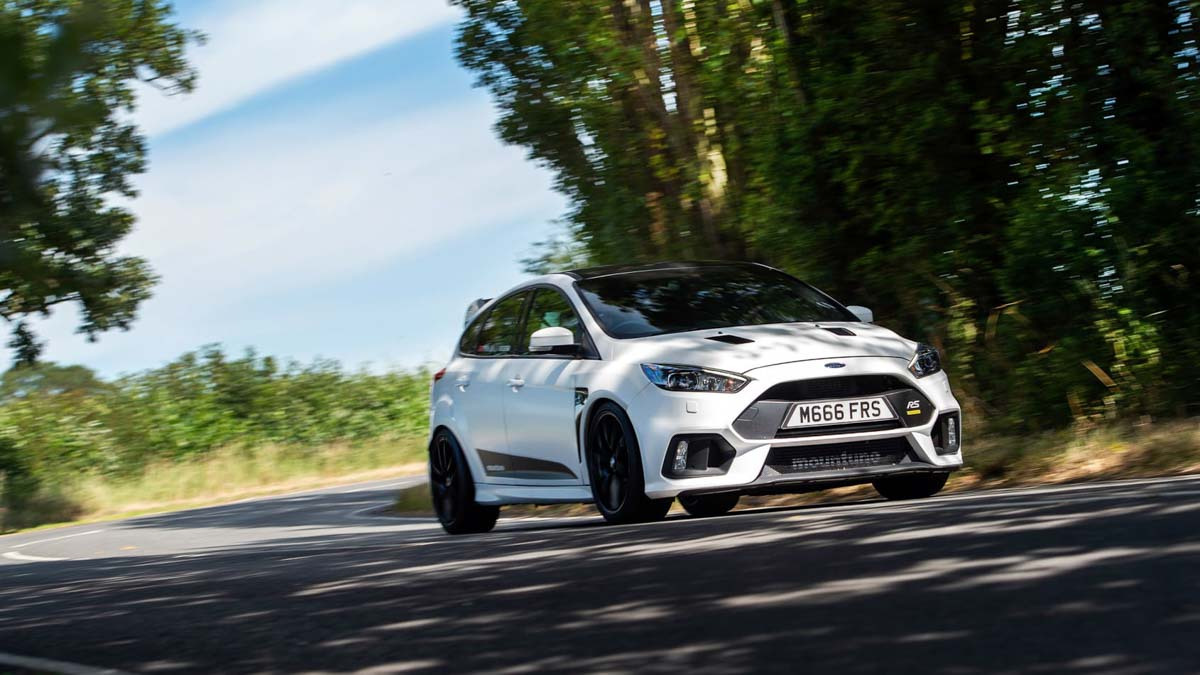 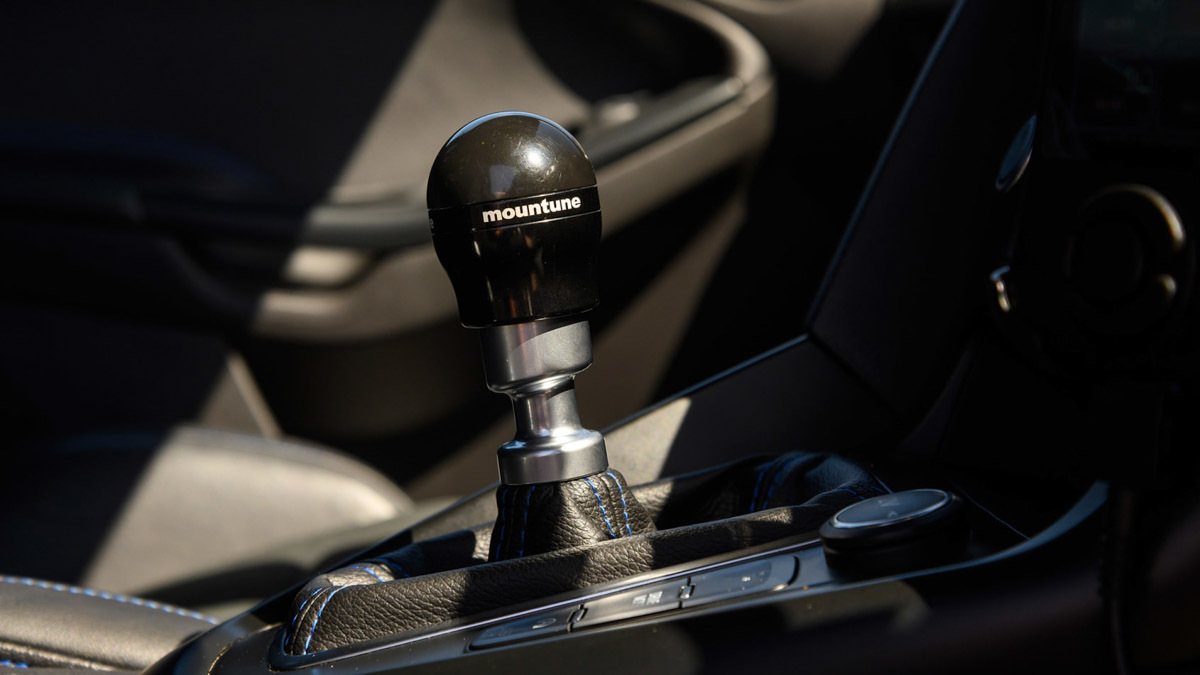 If the idea of a 400-plus horsepower hot hatchback seemed mad to you, then consider another hundred horsepower on top of that.

That’s what Mountune’s latest project, based on the third-generation Ford Focus RS, will net you. More power than a Ferrari F40, from an engine two thirds of a litre smaller and with half the number of cylinders. 2020 has been a silly year already but, we suspect, Mountune’s M520 might just make it even sillier.

Turbocharged engines are prized for their easy tunability, but when you’re extracting more than 500bhp from a 2.3-litre four-cylinder there’s a little more required than just a filter, remap and exhaust.

The results on Mountune’s dyno paint quite a picture: 513bhp at 5550rpm, and 516lb ft from 4000-4700rpm, with a torque curve shaped like El Capitan. Those numbers are, for reference, 168bhp and 191lb ft more than the standard car. Thankfully it’s sent to all four wheels in this generation Focus RS, and this car’s standard six-speed manual sports a short-shift kit too.

No official performance figures are quoted, but if it doesn’t eclipse the less powerful Mercedes-AMG A45 S’s 3.9-second 0-100kph time (despite the manual ‘box) and 270kph top end we’d be pretty surprised.

Harnessing all that power has required a few other bits beyond the engine modifications. A Quaife limited-slip differential replaces the standard front diff, for instance. The driveshafts are also a little more stout, as is the clutch, while the intercooler is new too, which seems wise.

The enormous brakes (380mm!) are also a worthy update, as is the KW adaptive coilover kit, matched with a set of Fifteen52 wheels and Michelin Cup 2 tyres. This car packs various styling touches to give the game away. An RS is hardly a subtle car as it is, but the idea of one without the stickers and carbonfibre to denote the madness within does have some appeal.

You might miss the extra crank or two the M520 takes to fire up, or the extra burble over and above the standard car from the twin exhausts out back. You might even miss the extra edge to the ride quality – the regular RS is pretty firm already, of course – the heavier clutch, and the way the engine isn’t quite as keen when you’re just mooching, compared to the standard car.

The first clue that something is markedly different is if you ask for full throttle at say, 1500rpm. Or even 2000rpm. Nothing really happens – there’s some acceleration, but not a lot of it. The Honda E we drove recently would already be multiple car-lengths ahead if you jumped on the right-hand pedal at say, 20mph.

Persevere, and things change very, very suddenly. At around 3000rpm you start to hear it – a faint but growing whistling from up front. In the time it takes you to identify the sound as a spooling turbocharger, you’ll have reached around 3250rpm, and your opportunity for processing idle thoughts has come and gone.

All at once – literally, in the space of just a second or so – the RS goes from torpid to ballistic. All-wheel drive traction means the best part of 500lb ft of torque is sent straight to the ground, though as the wheel tries to yank itself from your grip it feels like a good proportion of that is going to the front. Lose focus (no pun intended) and you can change lanes in an instant, but hang on tight and the M520 accelerates with the most ferocious and explosive straight-line pace I’ve experienced since a Ferrari 812 Superfast.

Mountune describes the power delivery as being like a Group B car. I’ve never driven a Delta S4 or an S1 Quattro, but apocryphal tales of light-switch like power delivery seem pretty damn close to how this Focus feels. Only changes via the stubby gearlever punctuate the madness, but if you keep it spinning above 3000rpm or so there’s actually very little lag, so it’s far from undriveable even if, to keep it that way, you’ll be making a noise and travelling at a rate that prompts you to pre-emptively wave apologies to everyone you see in the next village.

The RS’s chassis (and the uprated brakes) still has the measure of its newfound performance, even if it remains as much an acquired taste as ever. The suspension modifications don’t worsen the ride – in fact, over certain surfaces, it feels less busy than before – but it’s certainly not a comfortable car, not least thanks to the perennial Mk3 RS issue of Recaros mounted at what feels like three feet off the deck. The slight artificiality to the car’s steering remains, though hyper-accuracy and agility make devouring country roads pretty easy between mad eye-watering straight-line sprints.

If you were already a fan of the Focus RS and its unique way of doing things, it’s hard not to imagine you getting a kick from the M520, which is probably why the kit has currently sold out on Mountune’s website. I’ve never been overly keen on the RS, but I’ve also not been able to stop thinking about that utterly loopy power delivery since parking it back outside Mountune HQ…

There are some very big numbers on Mountune’s spec sheet, and we’re not talking just about the power outputs. A totting-up of the parts attached to this particular car comes in at something around the $33,000 mark, including VAT but excluding fitting (bottom-end parts aside).

Given you could get an entire hot hatchback for that the M520 upgrades clearly have a particular buyer in mind, and ideally one that already has a Focus RS handy since you’re looking at another $25k minimum for one of those right now. You can of course knock several grand off for the bits you might not need, though we’d probably keep the suspension, brakes and so-on to keep the newfound outputs in check.

Even if you’re starting from scratch though fifty-ish-grand all in doesn’t seem bad given the performance on offer, even if the end product won’t feel like a $65k car in the way a Mercedes-AMG A45 does – and requires a bit more effort both to drive and own. 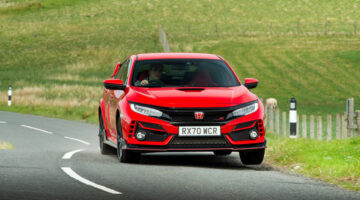 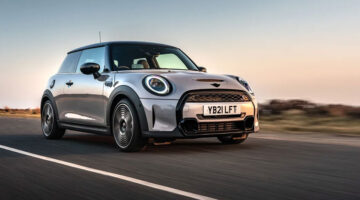 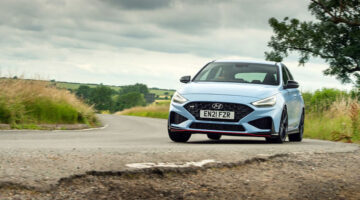