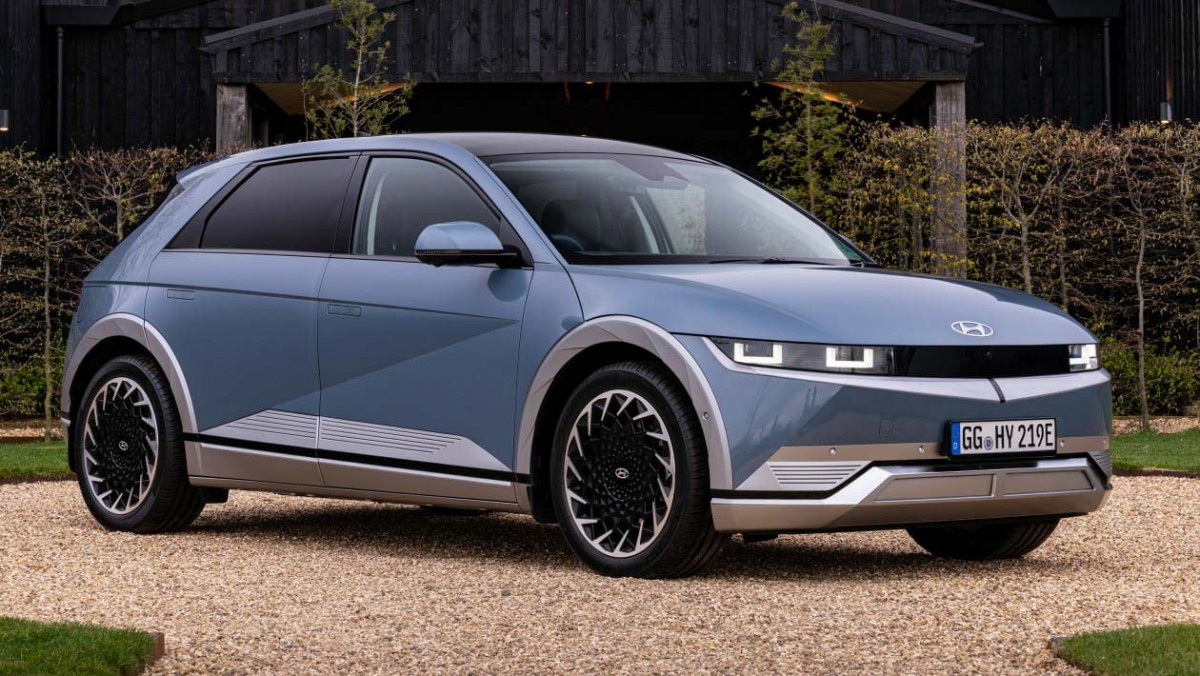 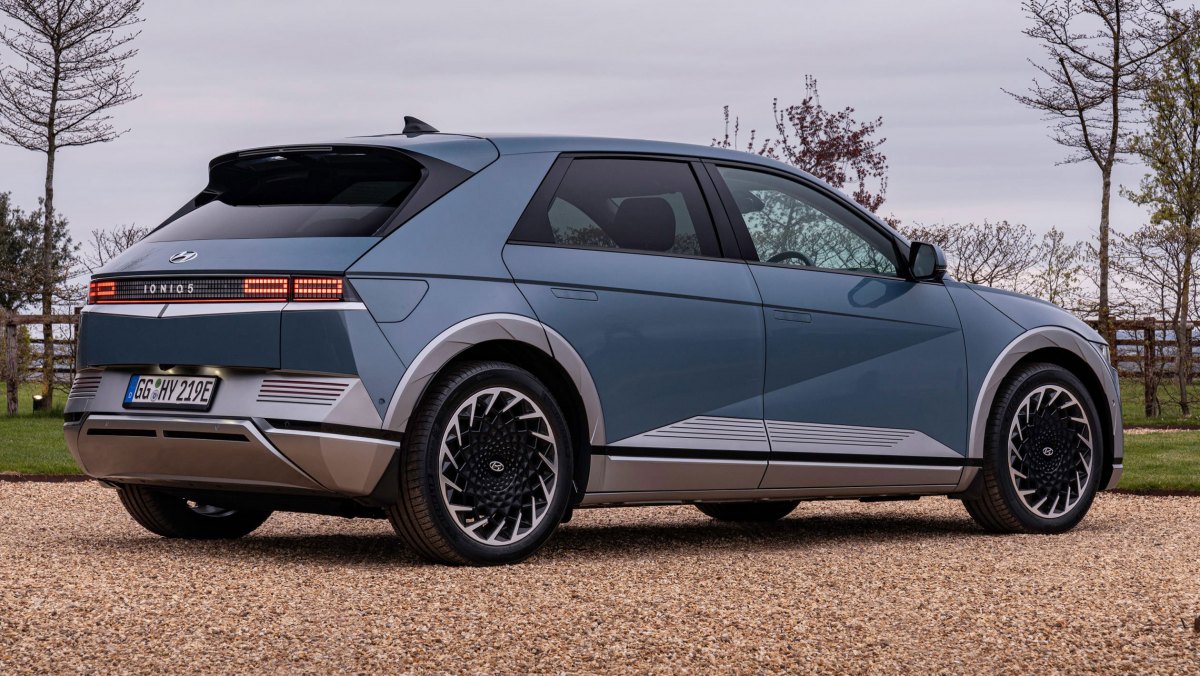 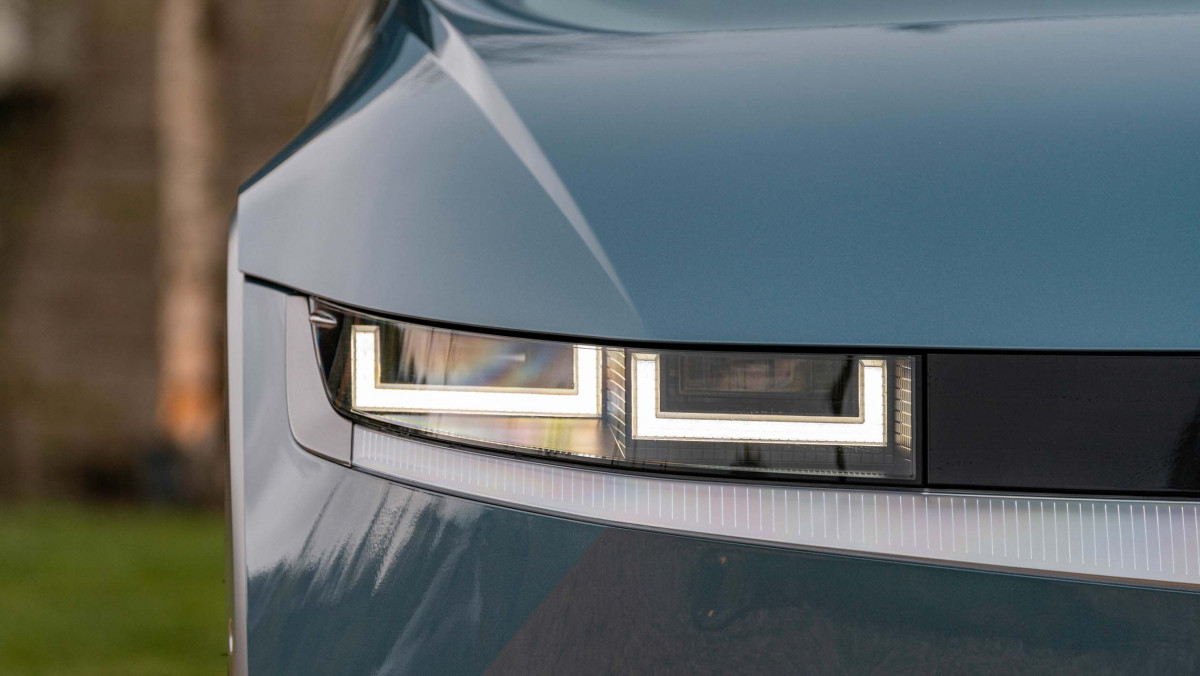 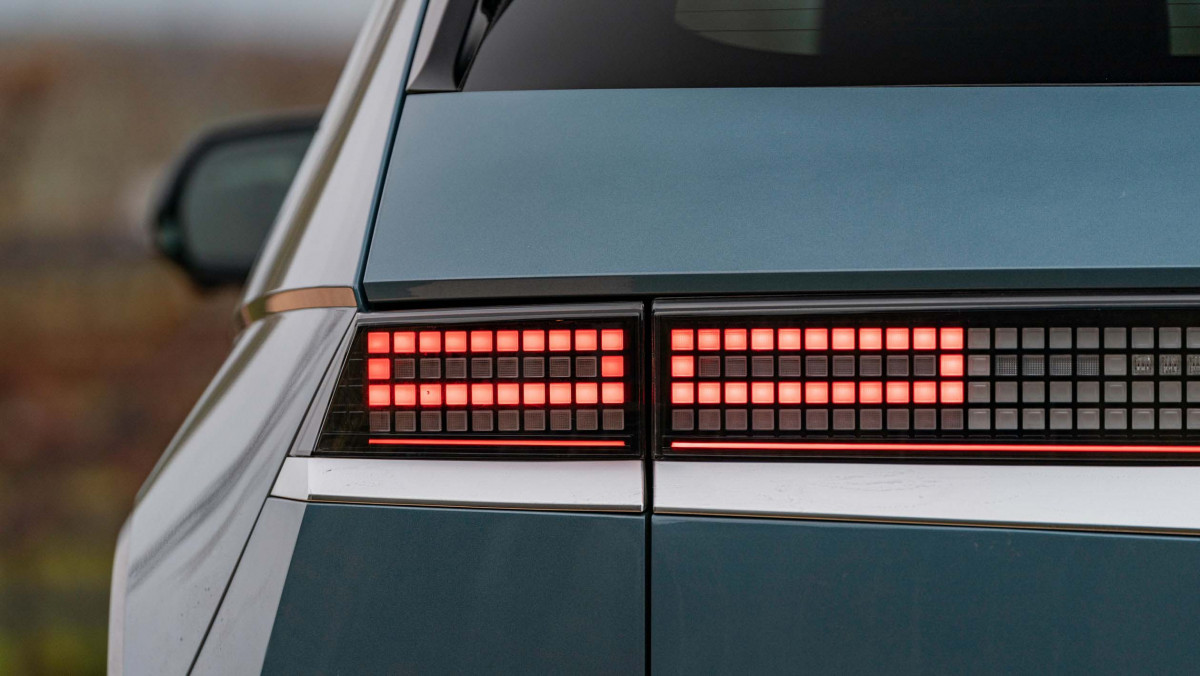 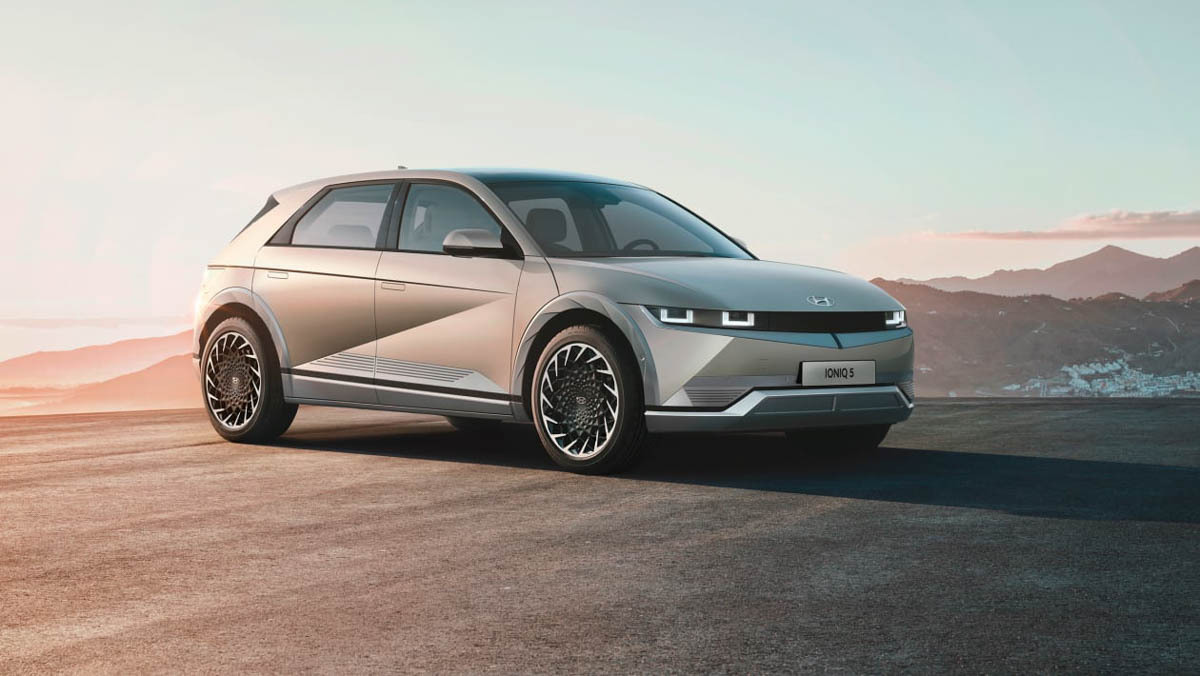 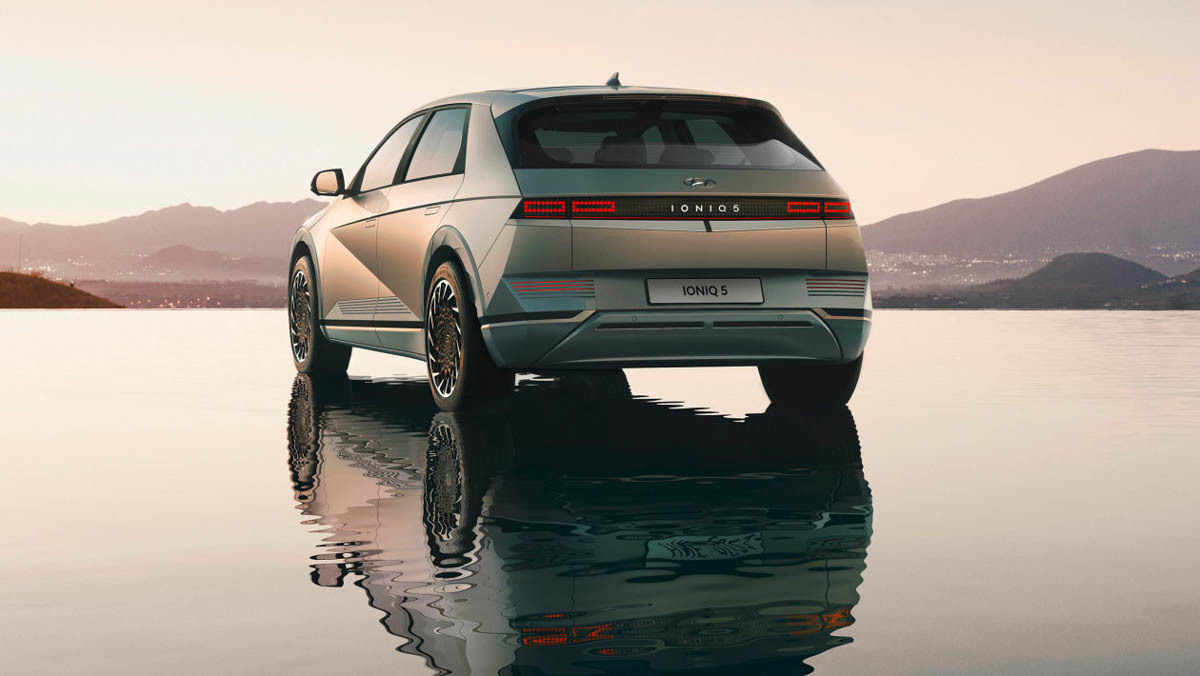 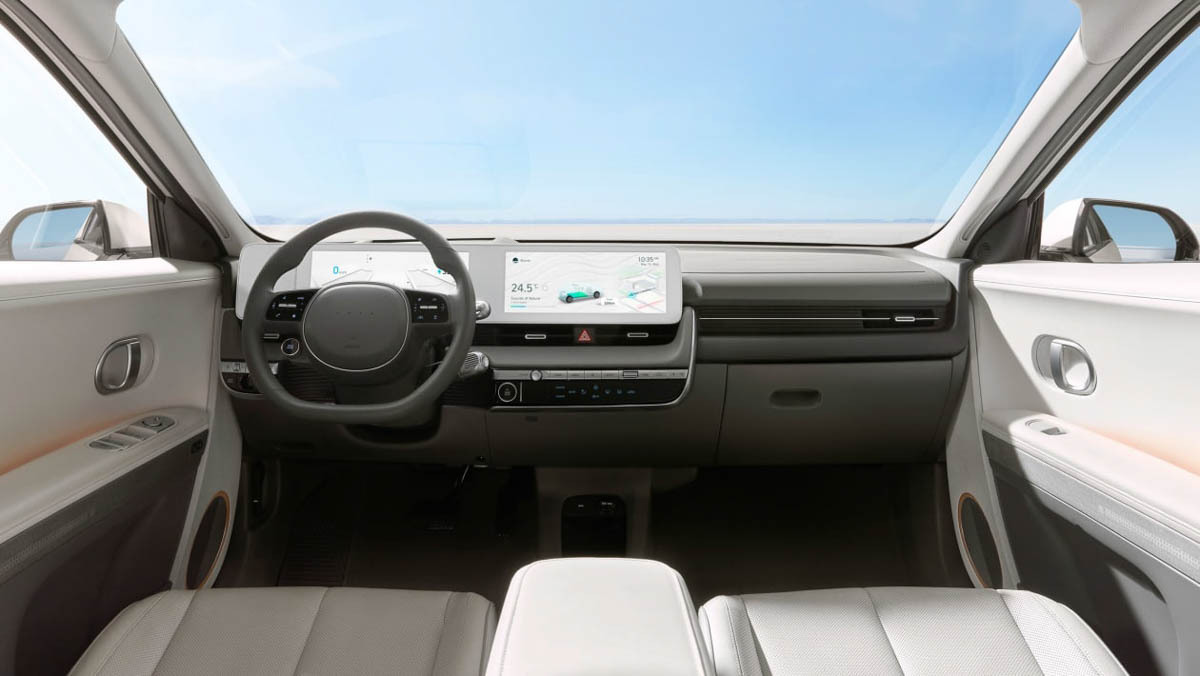 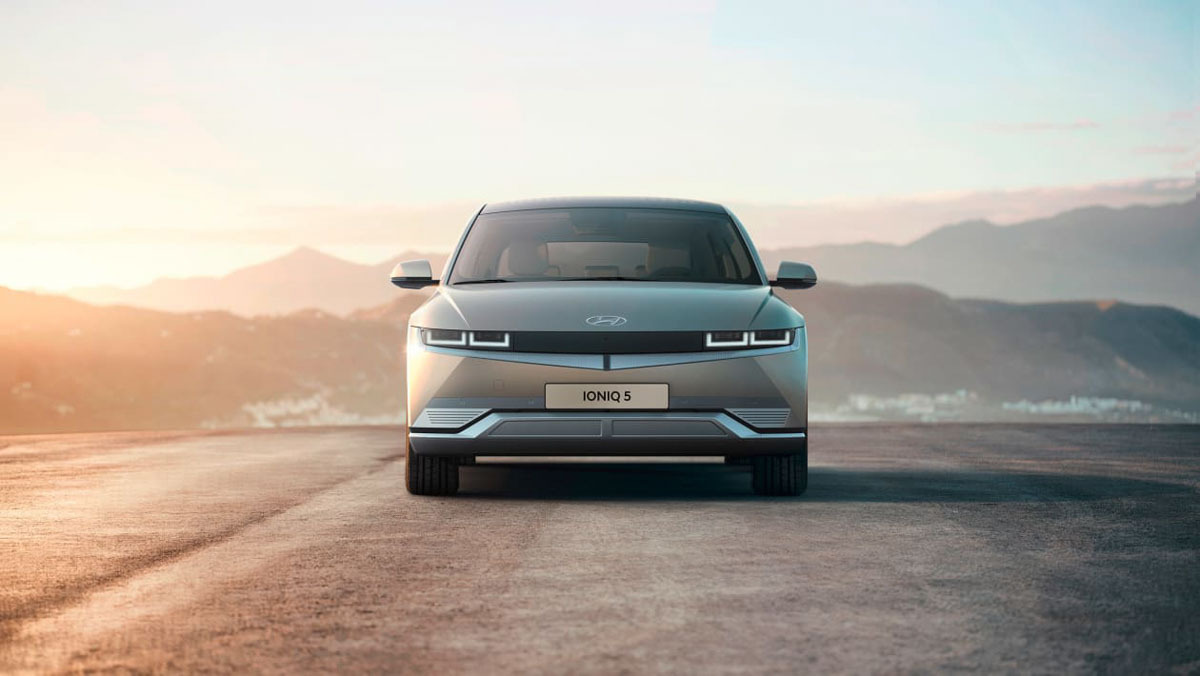 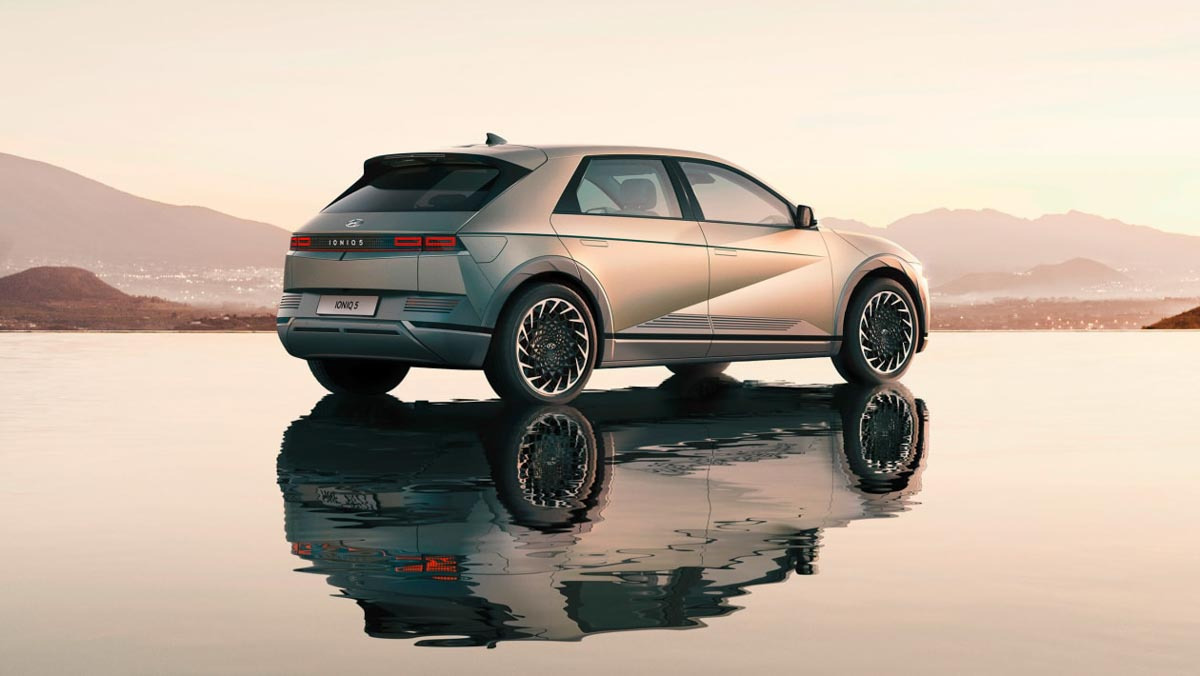 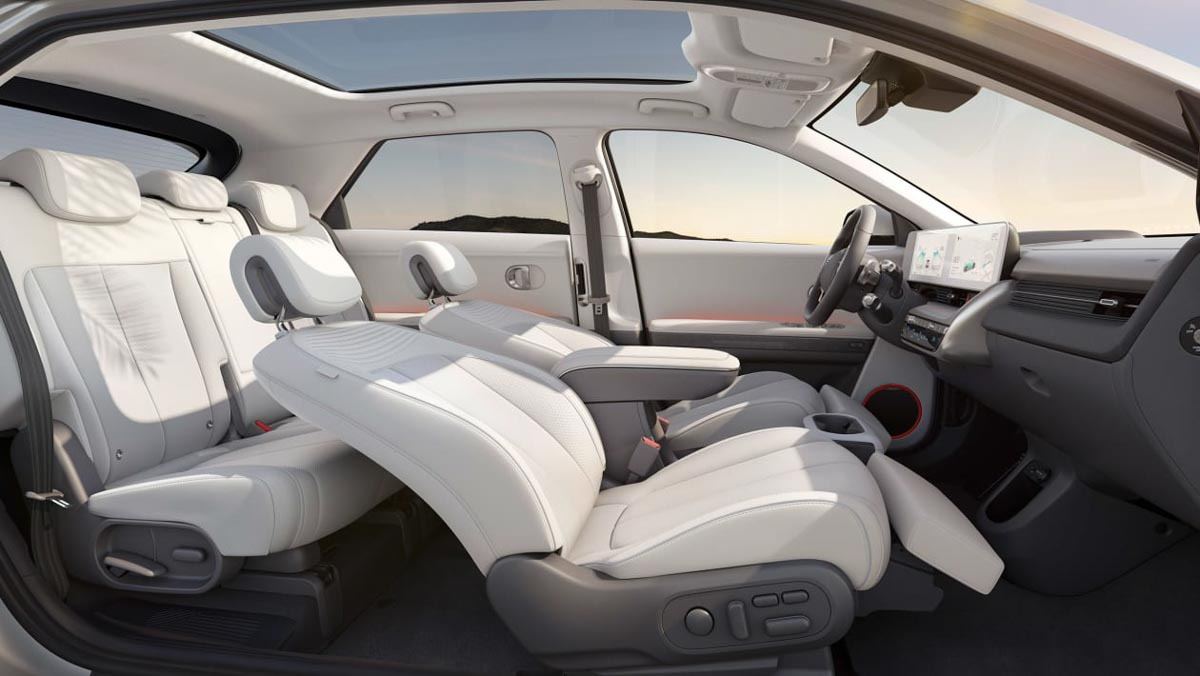 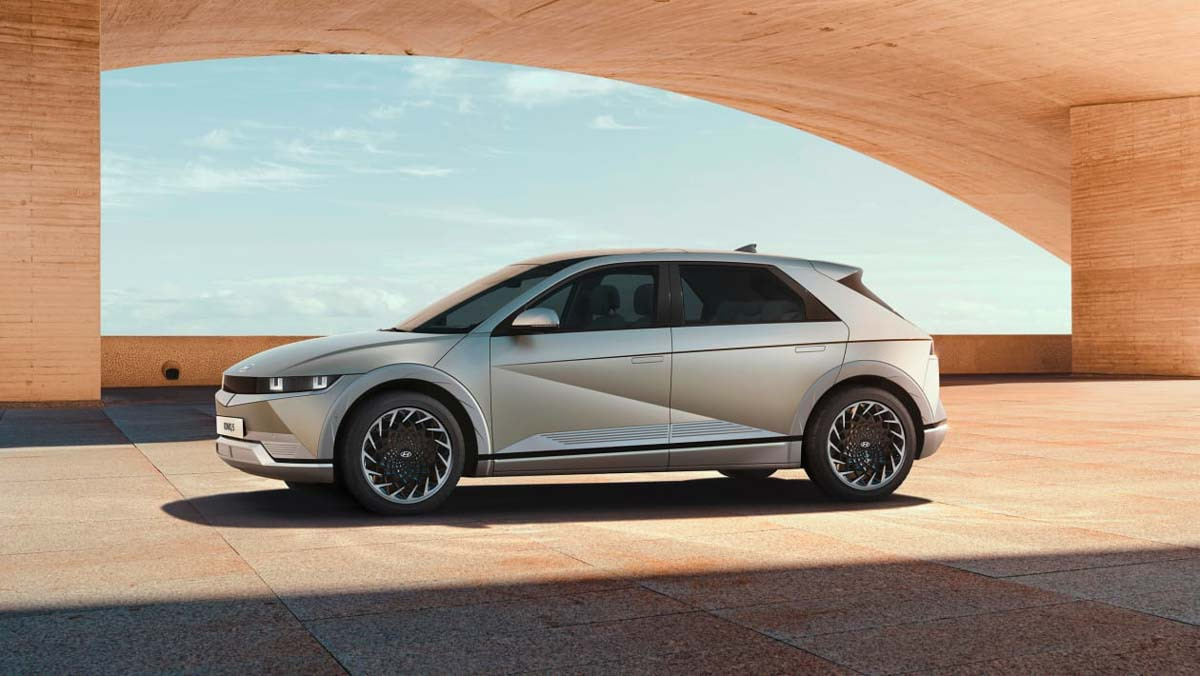 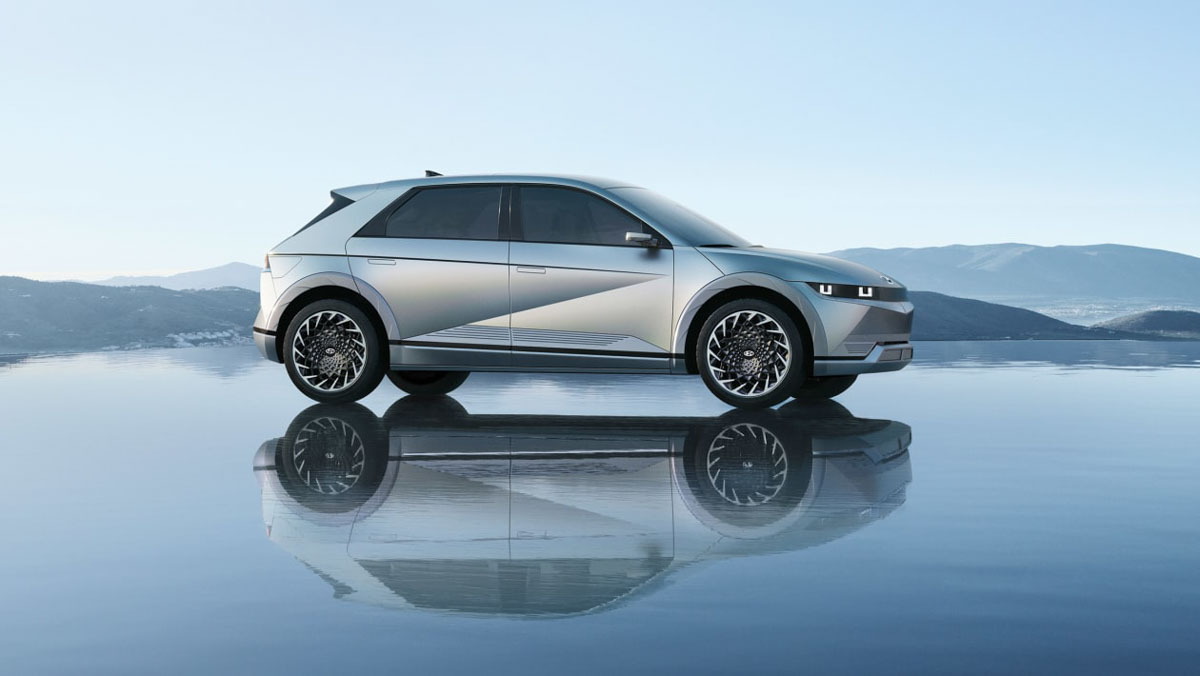 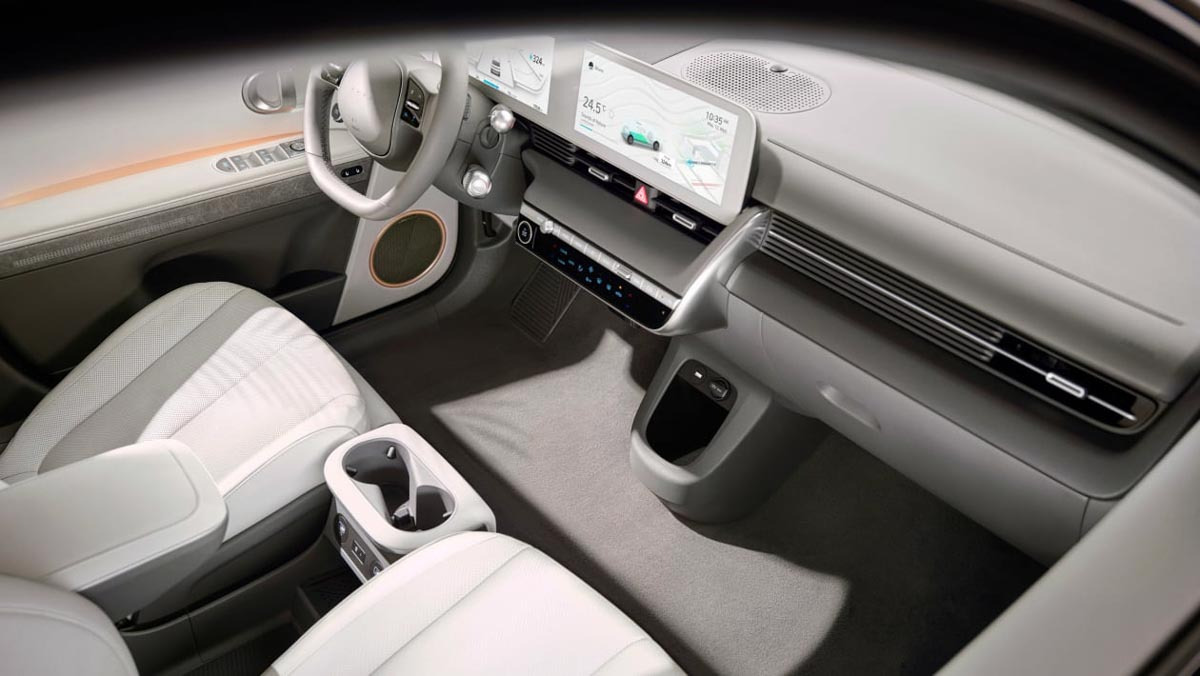 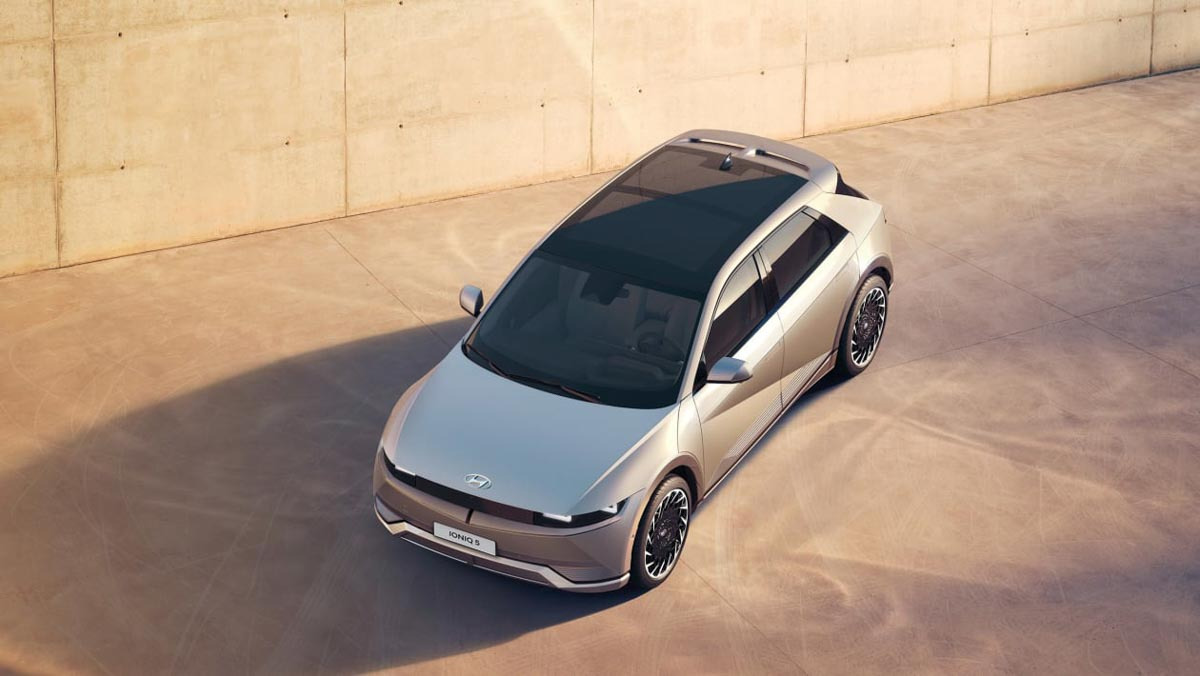 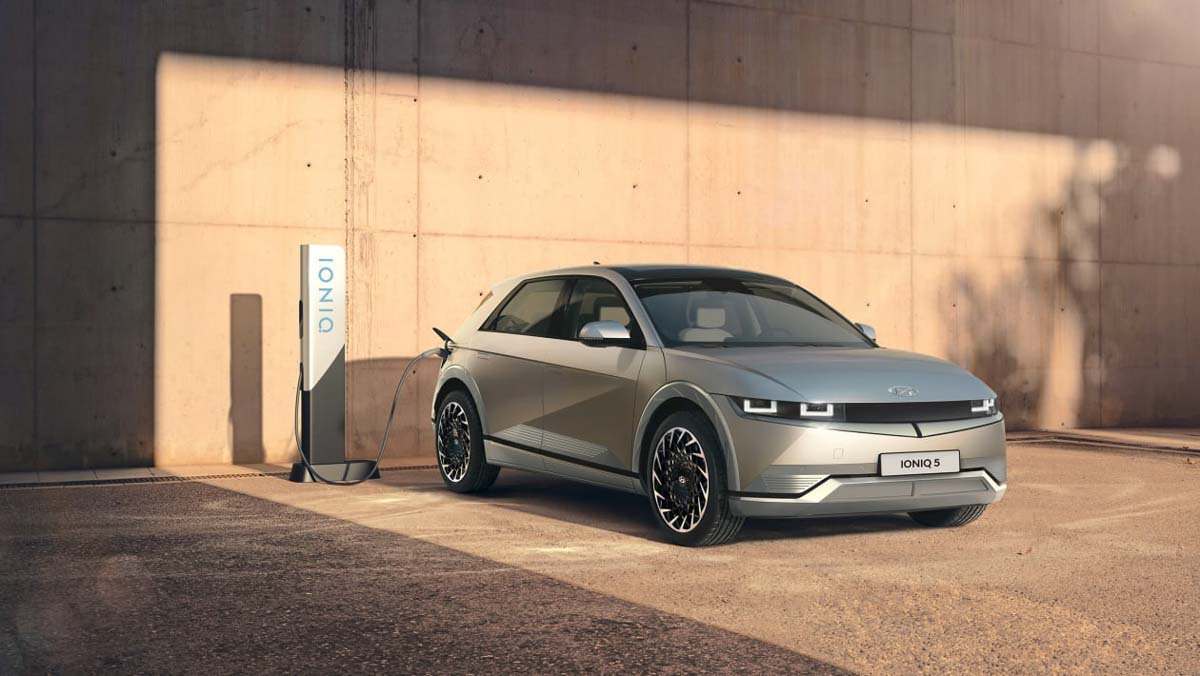 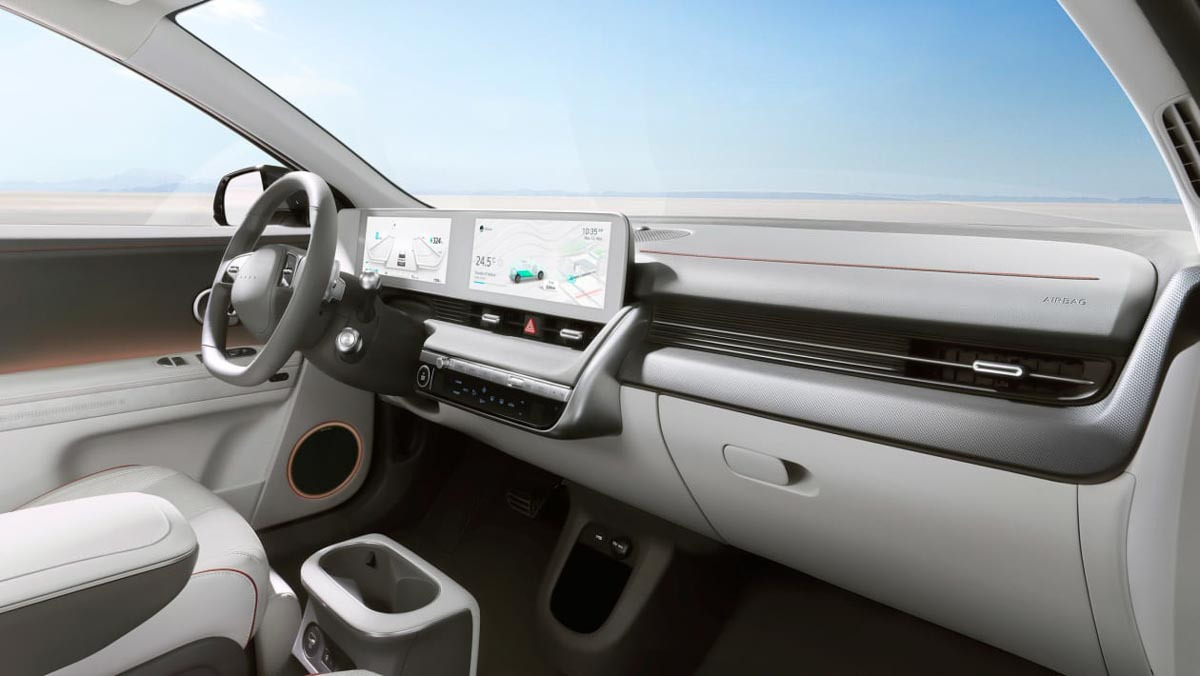 This is the Hyundai Ioniq 5, the first bespoke electric model from the Korean marque and the result of the huge investment it has made into new EV architectures. Taking the form of a high-riding five-door crossover, its combination of striking looks and clever interior design join impressive, in-depth engineering that could make the Ioniq 5 already feel a generation ahead of the Volkswagen ID.3 and Tesla Model 3. Prices begin at $51,695 for the entry-level rear-wheel drive model, rising to $67,280 for the range-topper.

Hyundai’s new EV architecture, called E-GMP, comprises an entirely new packaging set that has allowed engineers and designers a high level of freedom when designing the Ioniq 5. At 4.6m long, it’s around the same length as a Volkswagen Golf Estate, yet its 3m wheelbase is the same as an Audi A8’s. This yields an impressively large cabin, which is only emphasised by its completely flat floor and minimalist dash.

Like in Teslas and VW’s ID models, the Ioniq 5’s battery pack is located between the axles, and on either side sit MacPherson strut front and multi-link rear suspension set-ups. It’s this hardware package that facilitates the unusual proportions.

There are two battery options available, 58kWh and 72.6kWh, and each can be specified with either one or two electric motors. At its most potent – with dual motors and the larger battery package – the Ioniq 5 is able to produce 302bhp, with 446lb ft of torque. Hyundai claims this is good for a 0-100kph time of 5.2sec – hardly Tesla-beating, but still fast enough for a brisk daily driver.

Hyundai has also focused its development into the Ioniq 5’s charging capability, incorporating an 800V electric infrastructure and 220kW charging. What this means in the real world is the ability to fast charge the batteries from 10 to 80 percent capacity in just 18 minutes, or an equivalent of an additional 160 kilometers per five minutes – impressive stuff for what is a mainstream EV. Volkswagen’s ID.3, by contrast, is only capable of up to 125kW charging, and even that’s only in the model’s higher spec forms.

Beyond the Ioniq 5’s hidden door handles, digital displays and 20-inch wheels is a car that’s clearly been designed with a new type of thinking applied from the outset of its development. The design is retro in its origin, but the execution is very different from other throwbacks such as the Mini or Fiat 500 – it looks different, sharp, challenging, but not derivative.

The interior has even more originality – its design is straightforward and unchallenging in many ways, but the way Hyundai’s designers have modularised the space is unusual in the class, and usually a hallmark of far-off concept cars. All five seats and the centre console can move about freely inside the cabin, and while it might seem menial, the ability to use the Ioniq 5 as a remote power station via the internal domestic plug or a clever external socket adaptor makes it feel like it’s been thought about differently. Less a car, more a personal powerstation.

And the Ioniq 5 is just the start of Hyundai’s new-age EV range, with a sleek saloon, as previewed by the Prophecy Concept, due next. And there’s hope more evo-centric EVs could be on their way, too, something already hinted at by the RM19 concept.

Regardless, the Hyundai group is doing something interesting with its electric models. Not laboured with a rich heritage to try to reinvent like most legacy brands, Hyundai has taken advantage of this opportunity for reinvention like few others. And with management leaders such as Donkervolk, Schemera and Biermann in as the head of design, product and engineering respectively, there’s plenty of reason to suggest Hyundai will get it right.

You’ll pay $51,695 for the 58kWh rear-wheel drive model in SE Connect trim, with prices rising to $67,280 with the use of the larger 73kWh battery pack and all-wheel drive in range-topping ‘Ultimate’ form. First delivery dates are yet to be announced.