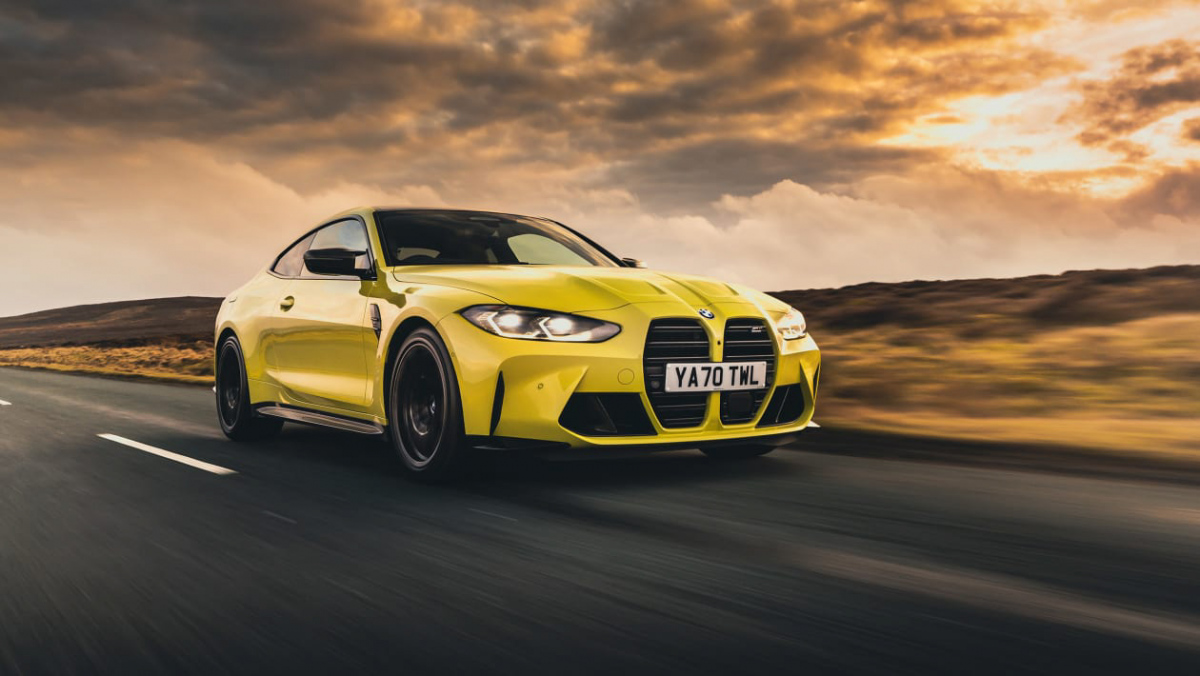 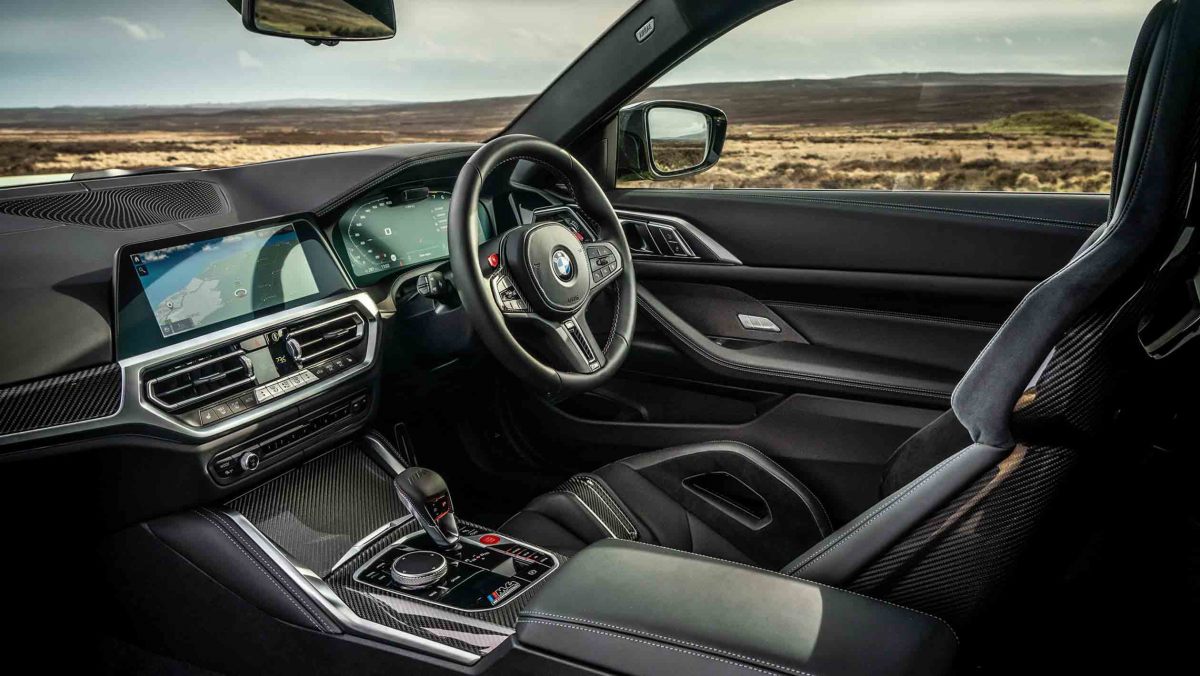 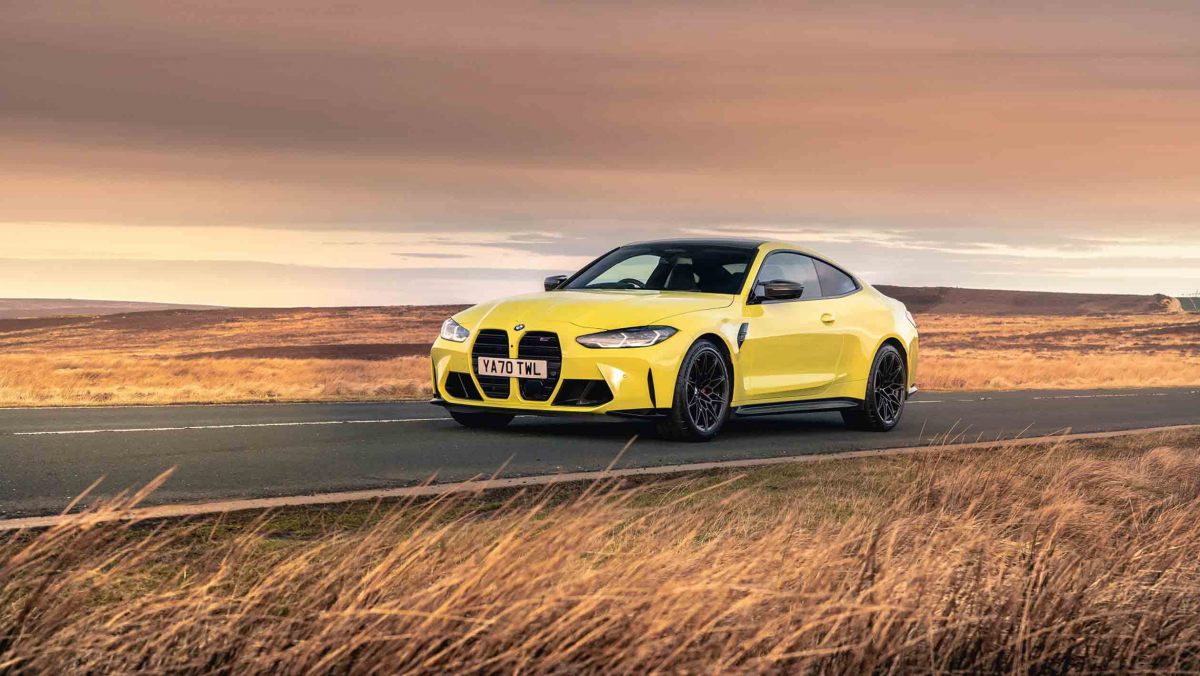 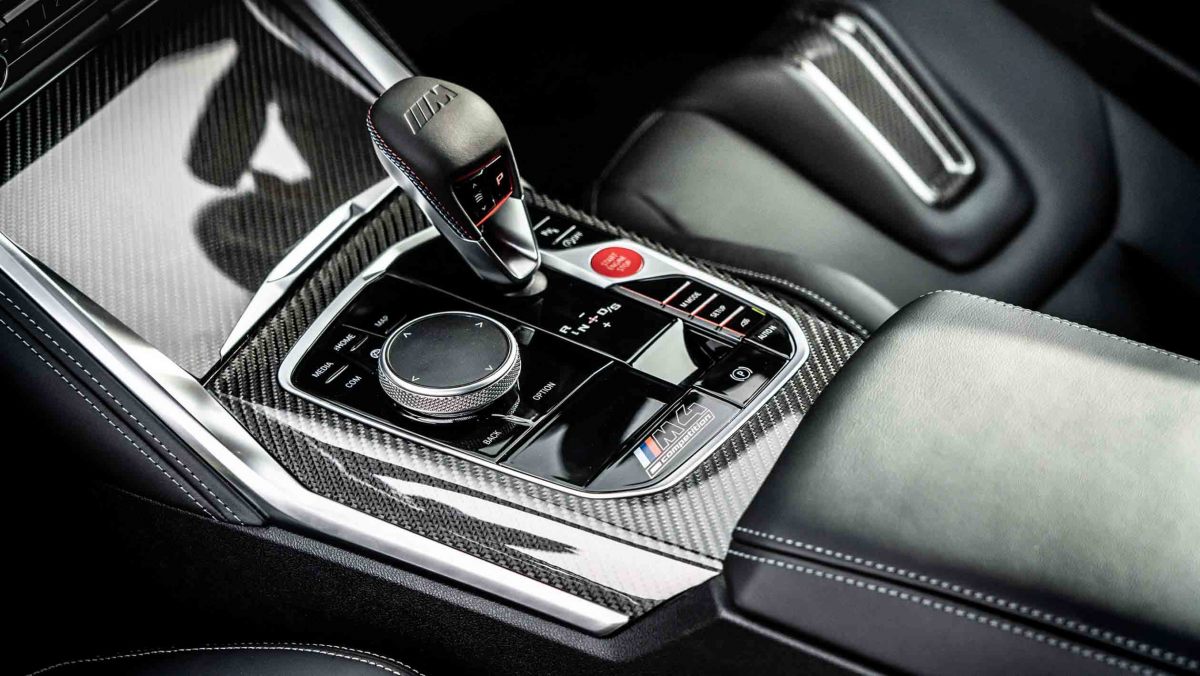 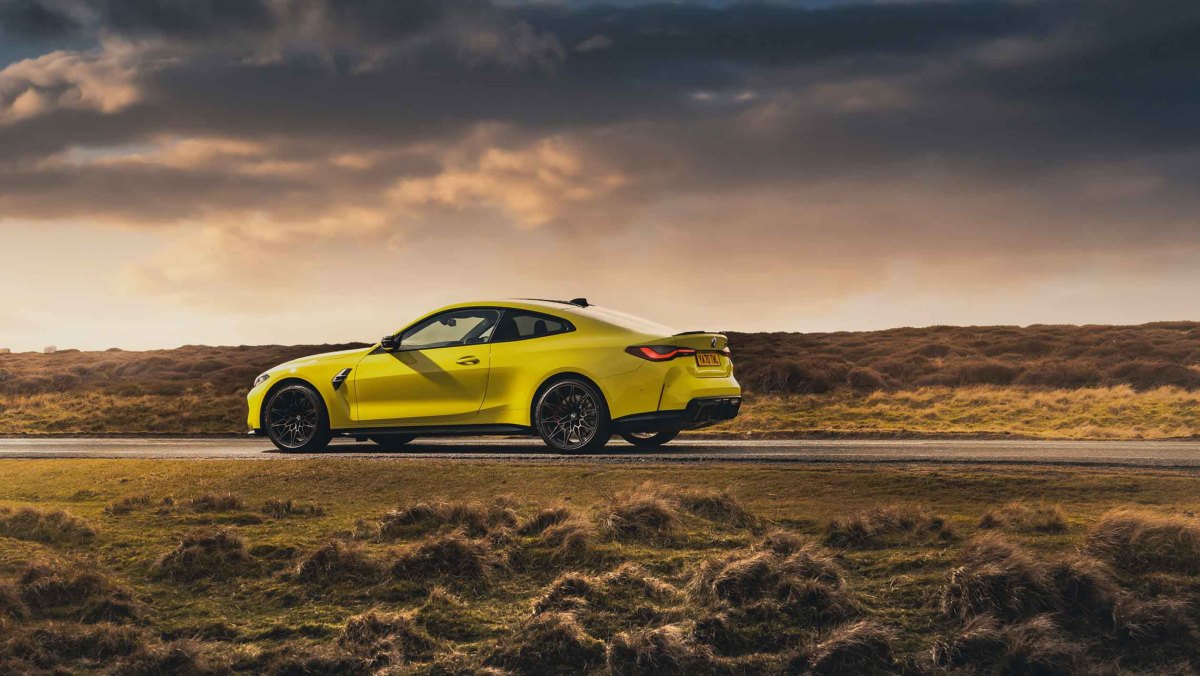 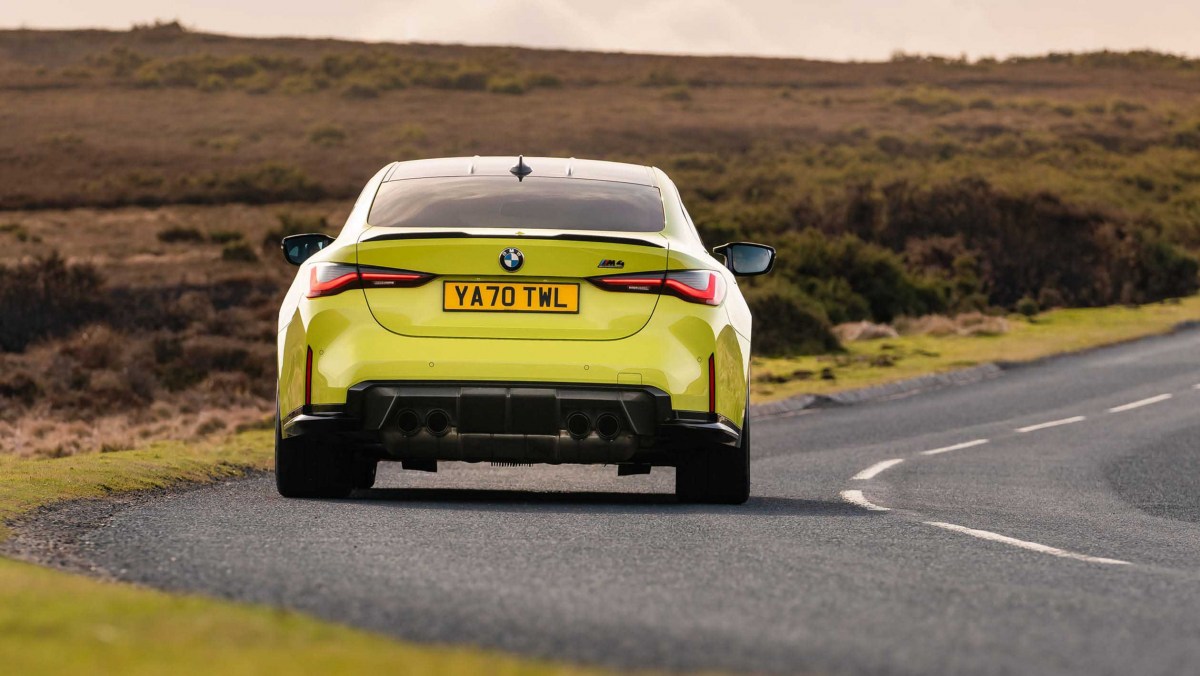 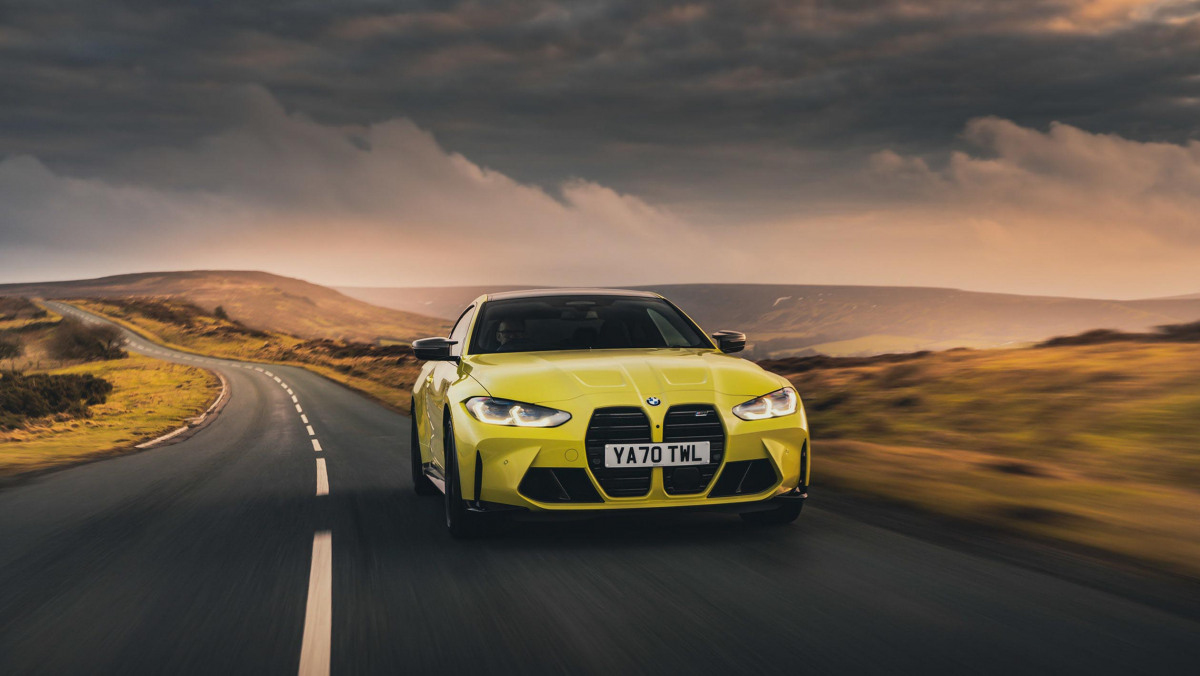 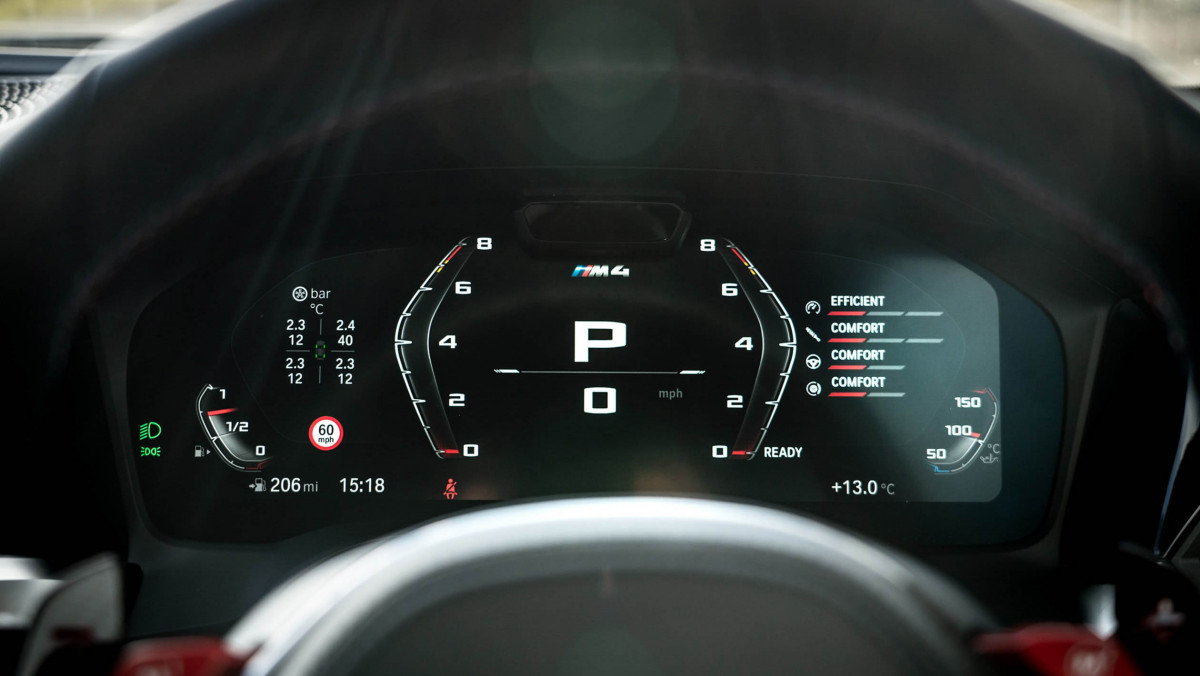 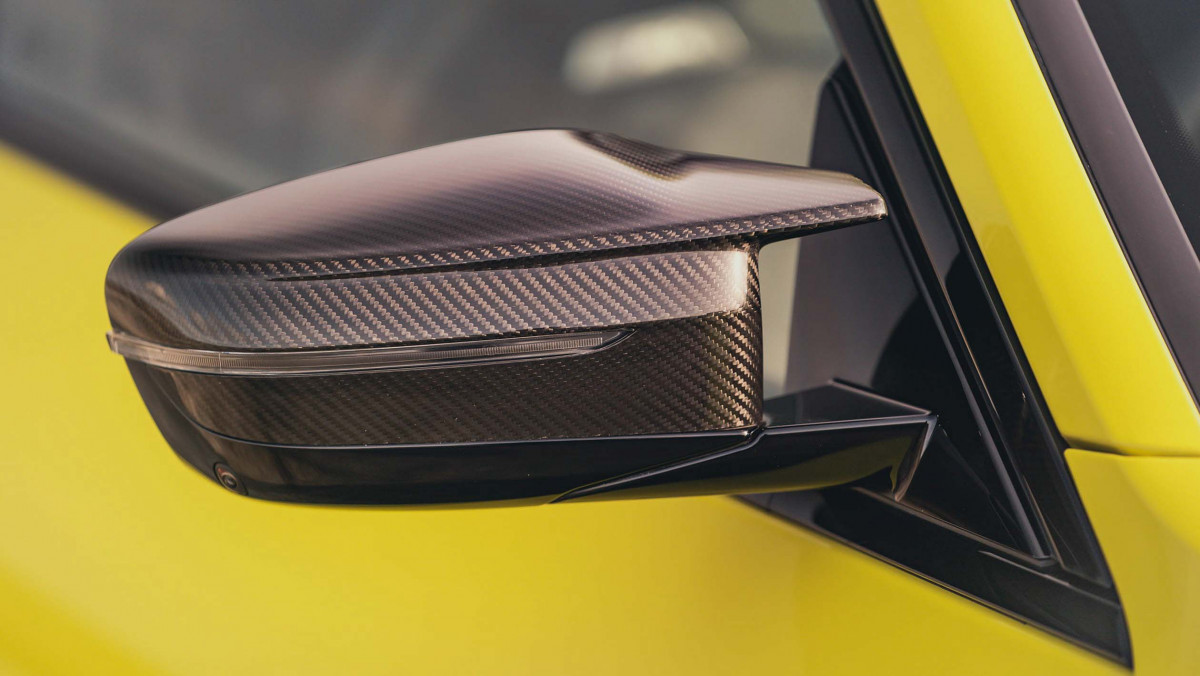 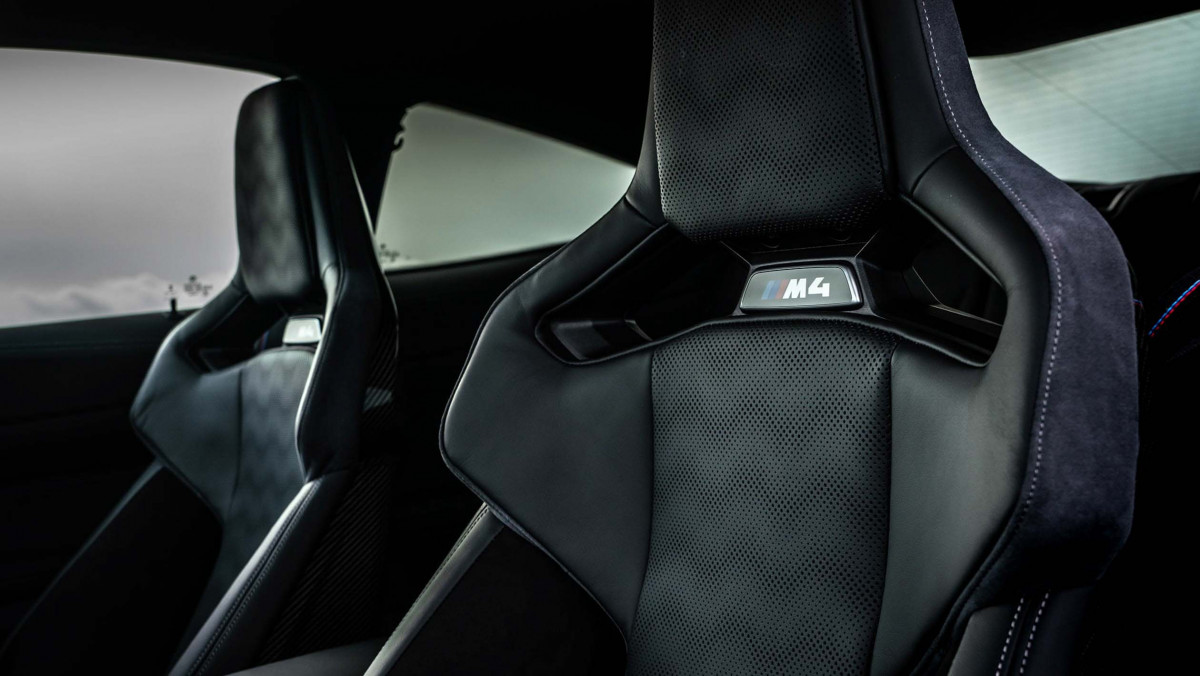 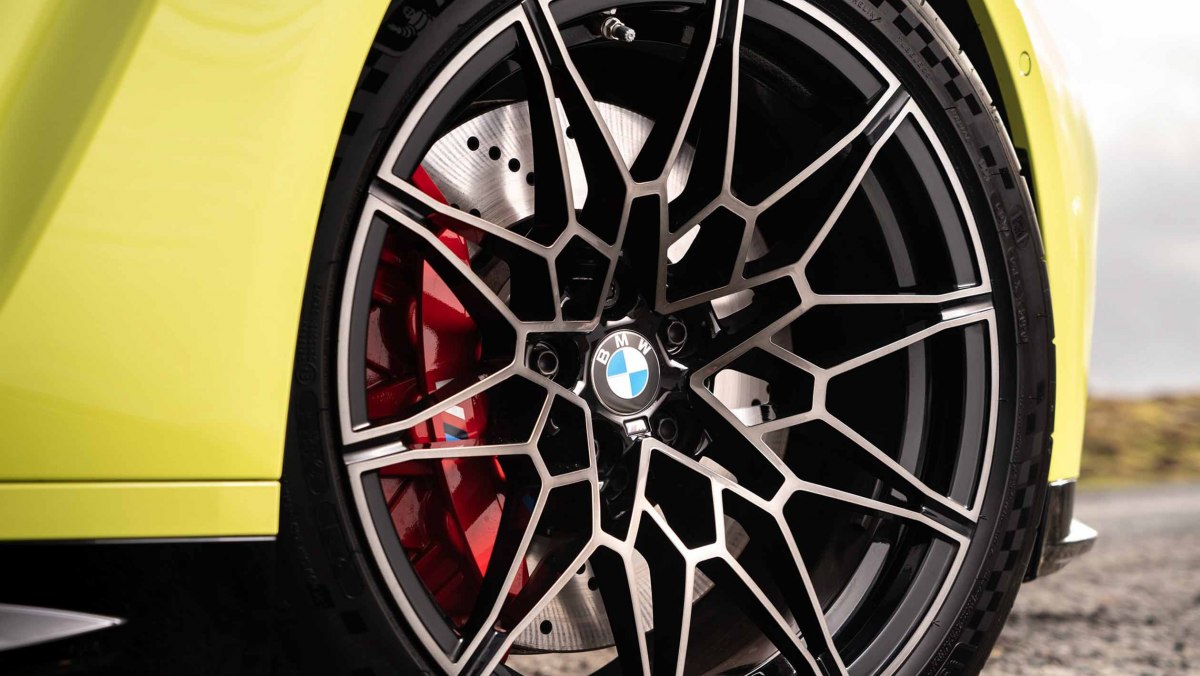 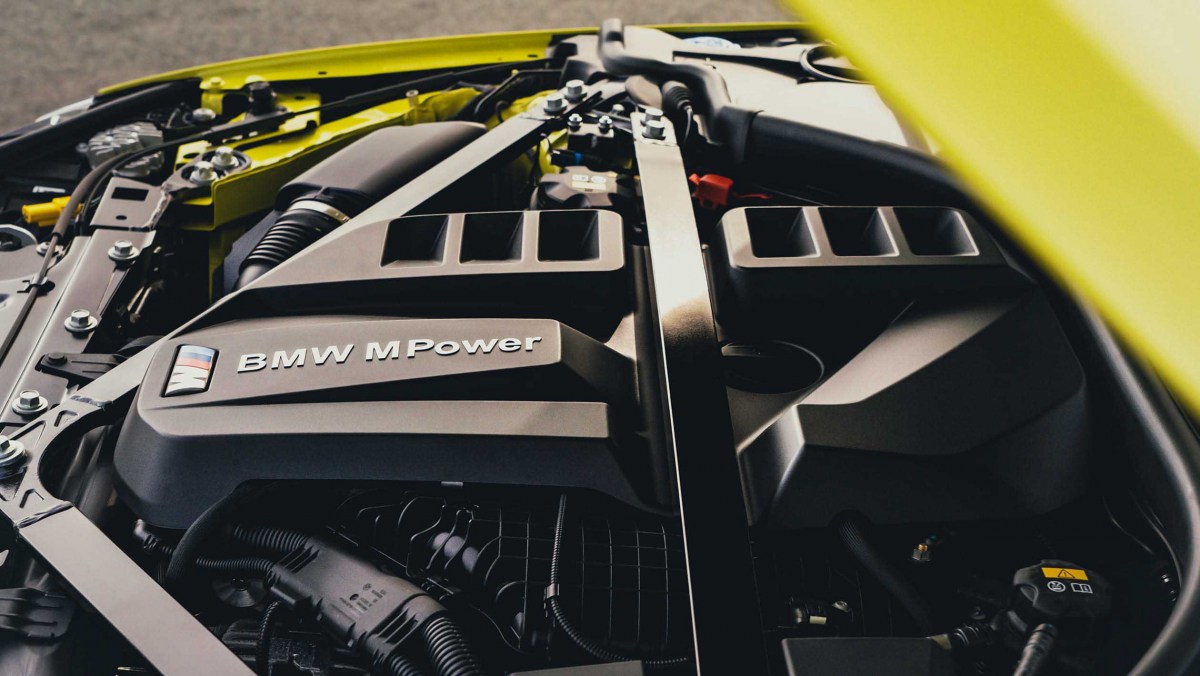 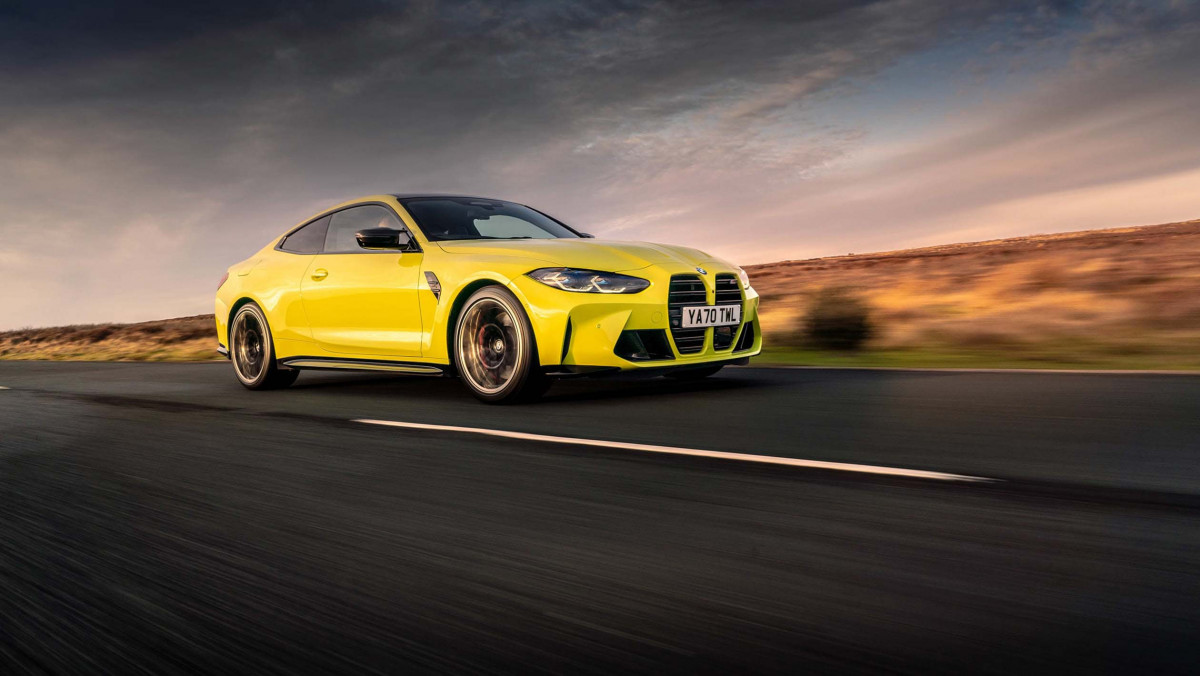 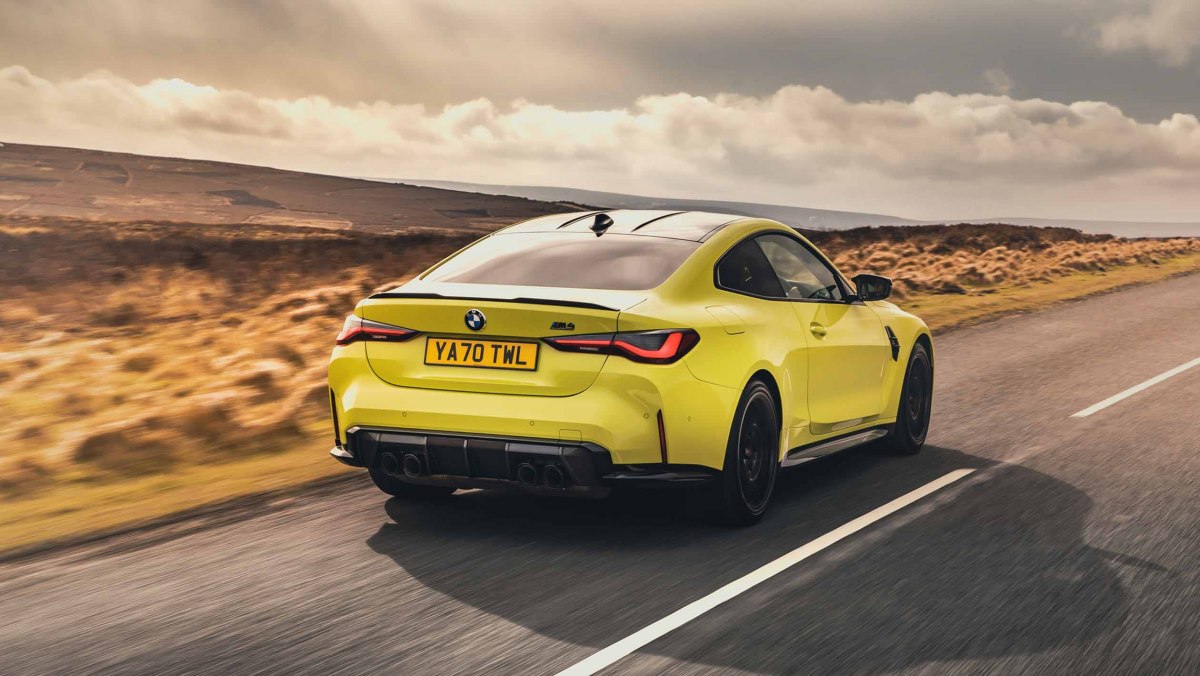 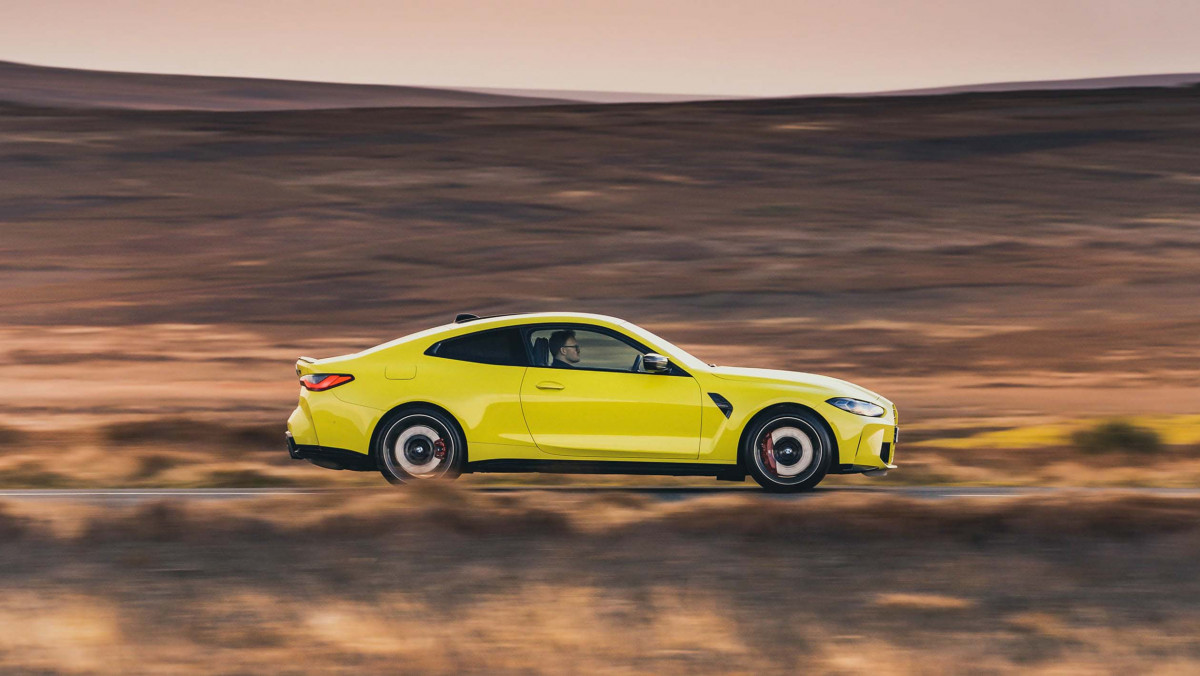 It is hard not to make presumptions about a new car like the BMW G82 M4 Competition. When the details are revealed you scan what you assume are the salient points of the spec and build a mental picture of the sort of car it will be.

A DIN weight of 1725kg doesn’t look great. A torque converter automatic gearbox instead of a DCT is worrying too. Power and torque figures of 503bhp and 479lb ft look very healthy though.

But if I’ve learnt anything in my time as a motoring journalist, it’s that you shouldn’t judge a car by its spec sheet. Just as a 0-100kph time won’t tell you how fast a car will feel, so the fitment of a particular gearbox or a certain kerb weight or a specific suspension arrangement won’t tell you how the car will drive. Even so, it’s hard not to make some predictions.

Looks should be no clue as to how it will drive either, but an awkward looking exterior can set you on edge nonetheless. The old adage ‘if it looks right, it flies right’ can work both ways. And there is no denying that the large grilles on the front of the M4 (and a curious lack of blistering in the rear arches) doesn’t appeal to everyone.

Let’s just say that it was with some trepidation that I got behind the wheel of the new M4 Competition for the first time. Thankfully, a few minutes later all my worries were being dispelled. The latest in a legendary line of M cars is very much worthy of its iconic badge.

Under the bonnet is a 3-litre, twin-turbo, straight-six (just like its predecessor) with the engine code S58. It has closed deck construction for extra strength and a forged lightweight crankshaft to help it rev. The core of the cylinder head has also been 3D printed, allowing forms that wouldn’t be possible with conventional techniques. VALVETRONIC variable valve timing and Double-VANOS variable camshaft timing are also present and correct.

In markets will be able to choose lower powered versions of the M4 and M3. These put out 473bhp and a significantly reduced 406lb ft of torque, which increases the 0-100kph time from 3.9sec to 4.2sec.

However, there is one significant advantage to opting for a standard M4 or M3 – you can specify them with a six-speed manual gearbox. The Competition versions are only available with an eight-speed torque converter auto.

It’s also worth mentioning that while these first models all transmit their power to the rear wheels alone – with the help of an active M Differential – later this year there will be M xDrive versions of the M4 and M3. You will, however, be able to disable the front driveshafts, just as you can with the current M5.

Under the surface of the M4 is a lot of extra bracing. Open the bonnet and you will see some of it (sadly it’s rather uglier than the old carbon fibre horseshoe) but this then links down to an aluminium shear panel. There is more bracing in the centre and rear of the floor, while the new front subframe is aluminium and the rear subframe is rigidly mounted to the chassis.

The suspension has also received a thorough re-working with new aluminium wishbones with ball joints at the front. Large castor and kingpin angles as well as a lowered roll centre are also highlighted. Wheels are 19 inches in diameter at the front, 20 inches at the rear. Cup 2 rubber is an option while Michelin’s Pilot Sport 4S tyres come as standard.

Inside, there are a lot of buttons in addition to the central touch screen. The SETUP button allows you to configure the steering feel, brake pedal feel, chassis and powertrain. The M Mode button lets you swap between Road, Sport and Track settings. The Sport setting reduces the dial count in the instrument binnacle from two to one and changes the look of the heads up display. The Track setting turns off the central touch screen and also turns off all the driver assistance systems, such as lane keep assist.

If you want to build up to turning the Dynamic Stability Control all the way off then you also have plenty of options. M Dynamic Mode remains a very good halfway house but with DSC off you can also choose how ‘off’ M Traction really is on a ten stage scale. Zero is definitely off, by the way.

The first thing that you notice is the rigidity of the new M4’s structure. You can feel it from the first corner. The precision and response as you turn the wheel is tremendous, even with the chassis in its Comfort setting. There’s a sense of fantastic lateral stiffness that gives a real feeling of connection through both the steering and the seat. As a result of this the M4 is a car that builds confidence very quickly. It also, thankfully, means that the M4 doesn’t feel like a heavy car.

There is obviously a huge amount of grip, but the fact that the car seems to lean into its sidewalls almost the instant that you steer into a bend means that you can push the limits of the tyres and adjust the balance of the car easily. This feeling only increases as you dial the chassis up through Sport and Sport Plus, ramping up the responsiveness and alacrity of rotation on turn-in.

The engine is also a willing accomplice in helping to steer the car through a corner. The turbocharged straight-six is incredibly linear in its power delivery. Anyone fearful of the sort of boost-laden delivery of the early S55 engines needn’t worry. This S58 pulls incredibly smoothly all the way through its rev range right up to over 7000rpm. It doesn’t build to a crescendo like a naturally-aspirated engine and it doesn’t sound as good as Mercedes’ turbocharged V8 or Alfa’s turbocharged V6, but it is extremely effective and incredibly responsive.

One of the big fears with the M4 Competition was that the automatic gearbox wouldn’t be responsive enough. Before we get to that, however, the first thing to say is that the steering wheel-mounted paddles feel rather good. The actual action could use a little more weight and crispness, but the length of the paddles isn’t apologetic like some and BMW has paid attention to the bit that your fingers actually come into contact with. Dimples are the tactile greeting for your fingertips on the back of the downshift paddle and little raised dots on the upshift paddle.

Anyway, the actual gearshifts are very smooth and quick enough. They aren’t a match for the best dual-clutch shifts like Porsche’s PDK, but they also don’t interrupt your flow with the car like the old DCT shifts could. You can turn the transmission all the way up to its fastest setting without any worries at all.

There are two settings for both steering and brakes and, although I’m usually a little sceptical of these sorts of options as one can often feel redundant, they do actually make sense on the M4. Comfort for everyday use and Sport for when you’re on a good piece of road and want more resistance and reassurance. Simple.

Talking of everyday, the M4 Competition does feel a bit more usable everyday than its predecessor. Road noise is quite high and the ride is not exactly plush, but it is actually much more comfortable than you might first think. It rounds the edges incredibly well. There is also a suit of driver aids if you like to relinquish some control on the motorways.

Perhaps the biggest surprise is that the Sport Plus setting is actually usable on the road. Yes, it’s firm but the suspension still copes over bumps. And even with everything dialled-up to the max, there is still a lovely progression and polish to the way that it slips and slides. Turn off the DSC and it sits into slides with ease, the M-diff and linear power delivery then allowing you to extend slides smoothly.

If you’re on track and you have the skills of John Barker then you will also be able to hold a drift long enough to garner a five star rating from the Drift Analyser screen.

In short, despite the misgivings the spec sheet might raise, the M4 Competition feels like a proper product of BMW’s Motorsport department. The way it reacts to your inputs is fantastically direct and intuitive and fun. Which is a relief.

Perhaps the M4 Competition’s biggest rival is… the M3 Competition. The Coupe costs from just over $106,000 while the more practical saloon costs from just under $104,000. Not a big price difference, but the M3 obviously has greater practicality and after a brief drive I would say it’s just as good to drive. It also has more pronounced rear arches.

Both M4 and M3 come very well specced as standard, with a healthy choice of paint colours at no extra cost. Not all are as eye-searing as Sao Paulo Yellow. Inside, the carbon trim is standard as are the heads up display and Harman Kardon stereo system.

One thing you might want to lash out on is the M Carbon pack which costs $9435 and adds the gorgeous and very supportive bucket seats. The pack also spruces up the exterior with carbon for the front intakes, wing mirrors, rear spoiler and diffuser. The carbon roof is standard.

Rivals from other brands obviously include the aforementioned Mercedes AMG C63 S and Alfa Romeo’s Giulia Quadrifoglio. However, it will be interesting to see how an M4 Competition stacks up against Porsche’s more expensive 911 Carrera.