An abundance of new BMW models will arrive in M Division’s 50th anniversary year. We drive a camo’d version of the most controversial 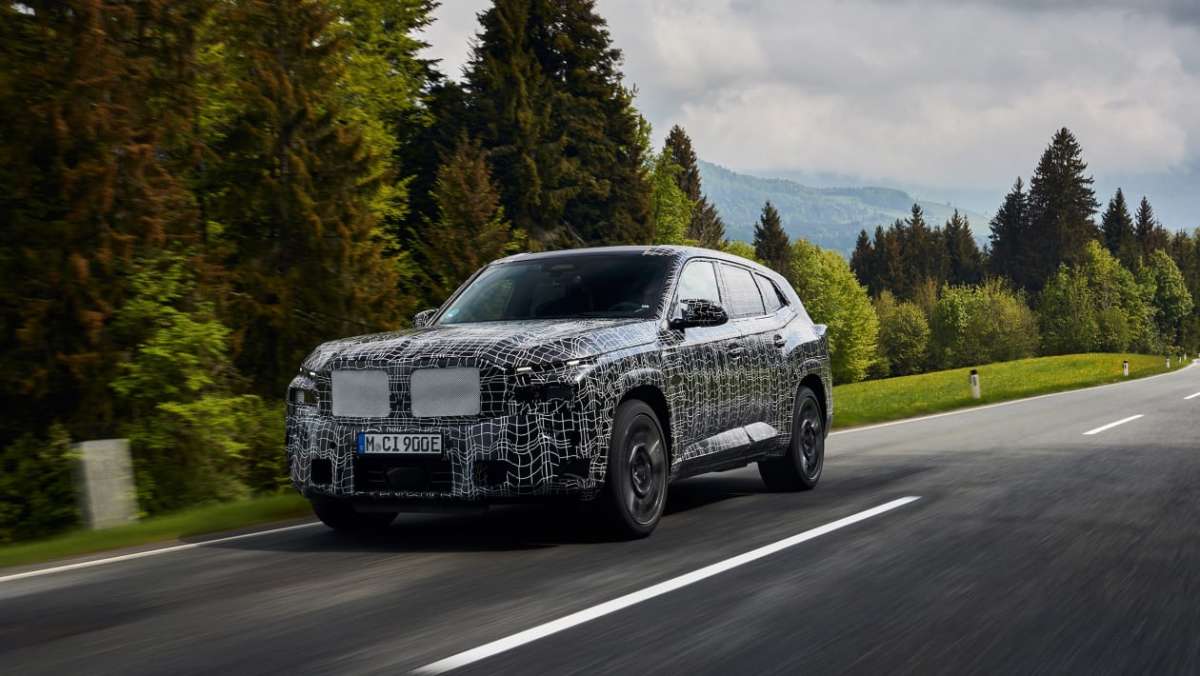 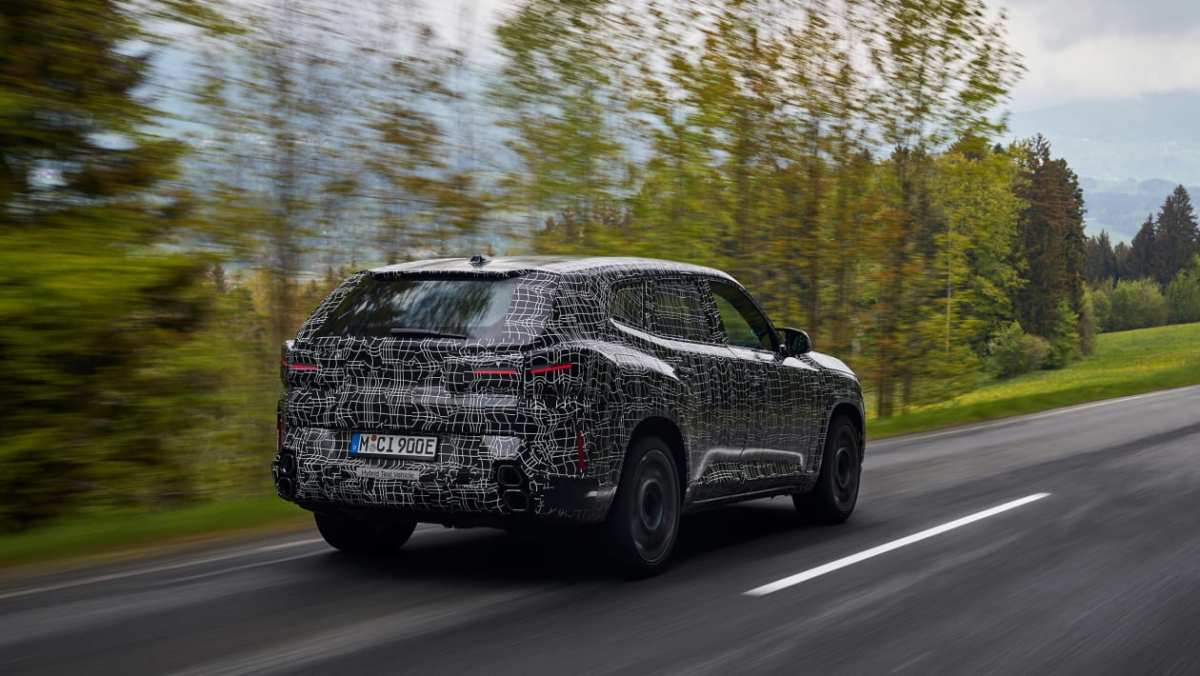 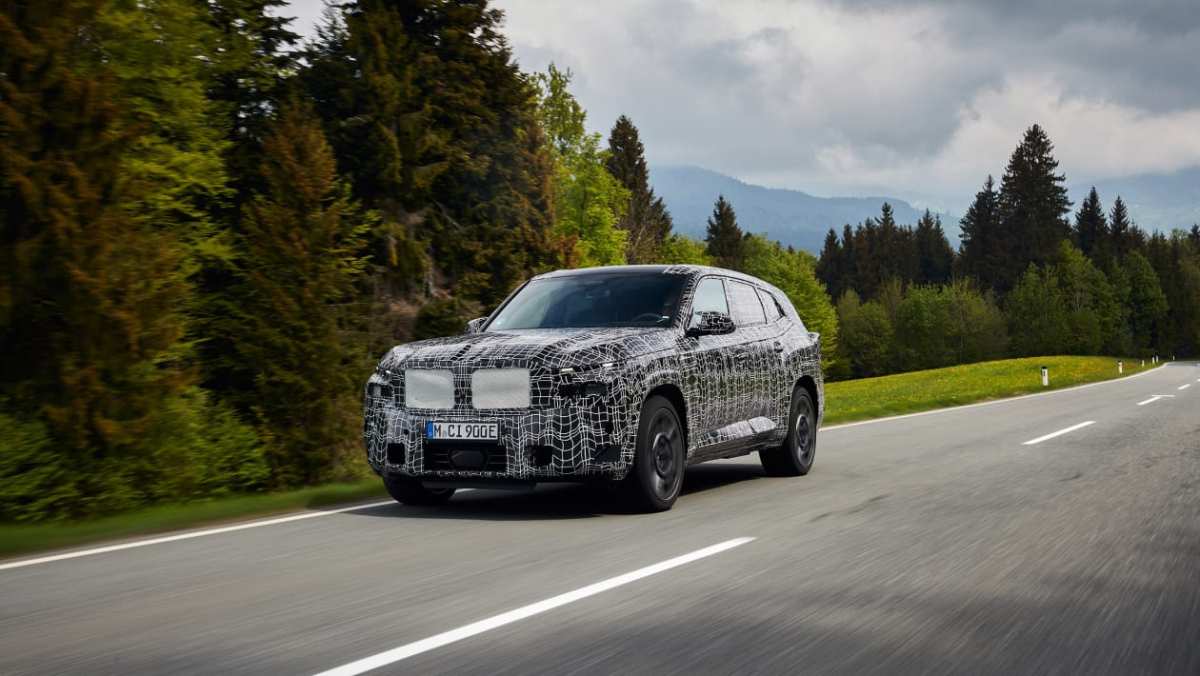 The first pure BMW M Division car was the M1, a gorgeous mid-engined supercar that launched the brand. The second arrives 50 years later, and it’s a not-so-gorgeous plug-in hybrid SUV. It’s a ‘before and after’ transformation to send convulsions through anyone with a whiff of petrol in their veins. Subjective thoughts on the BMW XM could surely fill up the rest of evo’s internet server space, but as M’s behemoth halo approaches production, let’s assess it with some objectivity. People will buy them, after all.

It’s wrapped in camo as it enters what BMW calls the “home straight of its development” ahead of a March 2023 launch. Those drier of wit might observe that its styling is improved by such costume, but the company is making no bones about the fact the finished car needs to be an unabashed extrovert to steal sales from the G-Wagen and Urus. The fact it’s almost bulging out of its disguise signifies the production XM will stay faithful to the divisive concept.

We’ve had a go, too, driving an hour on mixed Austrian roads with driving dynamics engineer Jens Leopoldsberger in the passenger seat to explain what his team have tried to achieve. His CV involves the second-gen X5 M and the Rolls-Royce Cullinan, and both provide interesting context to the XM’s place in the world. We’re essentially looking at an M Division 4×4 with softer manners and a greater leaning towards rear comfort. So much so, the back seats feature a plusher quilted leather finish and limousine legroom. BMW may never have got a proper M7 across the line, but the SUV explosion has allowed a semblance of the idea to finally spring to life.

Nonetheless, the XM must be sharp, Jens affirms. “It needs to be precise and feel like an M car, not a big car,” he says. Which given just what a stocky thing it is – all muscle and aggro as we thread out way through postcard-perfect villages – seems quite an ask. Helping the XM on its way are a pair of M Division firsts, rear-wheel steering and a 48v active anti-roll system, though the team has vehemently stuck with steel springs rather than fit air suspension. If you’re still trying to make your peace with this car’s existence, think of it as a rolling testbed for the stuff that might appear on an electrified M5 of the future.

The XM you see here is in ‘base’ spec; a new-gen 4.4-litre twin-turbo V8 mated to a 160bhp electric motor (and 25kWh battery) for peak outputs of 644bhp and 590lb ft as well as 80 kilometers of WLTP-verified electric range. A punchier version, with outputs closer to the near-750bhp XM concept, will follow a little later. Jens promises a tangible step up in performance.

It’s quick enough as things stand, though, responding urgently on battery power alone then downright thuggishly with aggressive throttle use in its more dynamic modes (you can still programme M1 and M2 settings to the steering wheel). The e-motor is integrated into the eight-speed automatic gearbox rather than being slung directly onto an axle; this gave the engineers plenty of headaches, but it means simpler comms systems to help petrol and electric work together in harmony. It’s impressively done, with the usual M flourishes – such as three levels of gearchange aggression – not forgotten in the process.

All-wheel steering ensures the car is uncommonly responsive in tight turns and – unlike rival systems – it deactivates at around 65kph to provide more linear reactions in quicker corners, only returning at significantly higher speeds for extra autobahn stability. The XM rides with noticeably less stubbornness than existing M SUVs, too, while whispering through town centres playing the e-motor’s muted, Hans Zimmer-directed sounds (yes, really) lends it at least some sense of decorum, even if it’ll fill every last millimetre of the space when you park up.

Not sold on the idea? Well, M’s half-centenary year will also star an M4 CSL, M3 Touring and clean-sheet M2, all of which you’ll be able to read about here soon. We can’t pretend the XM (and crucially, public demand for it) doesn’t exist, but there are at least plenty of other places to which we can divert our gaze.