The Bugatti Bolide concept takes the W16 hypercar to the extreme, increasing power and shedding weight with high-tech, lightweight components 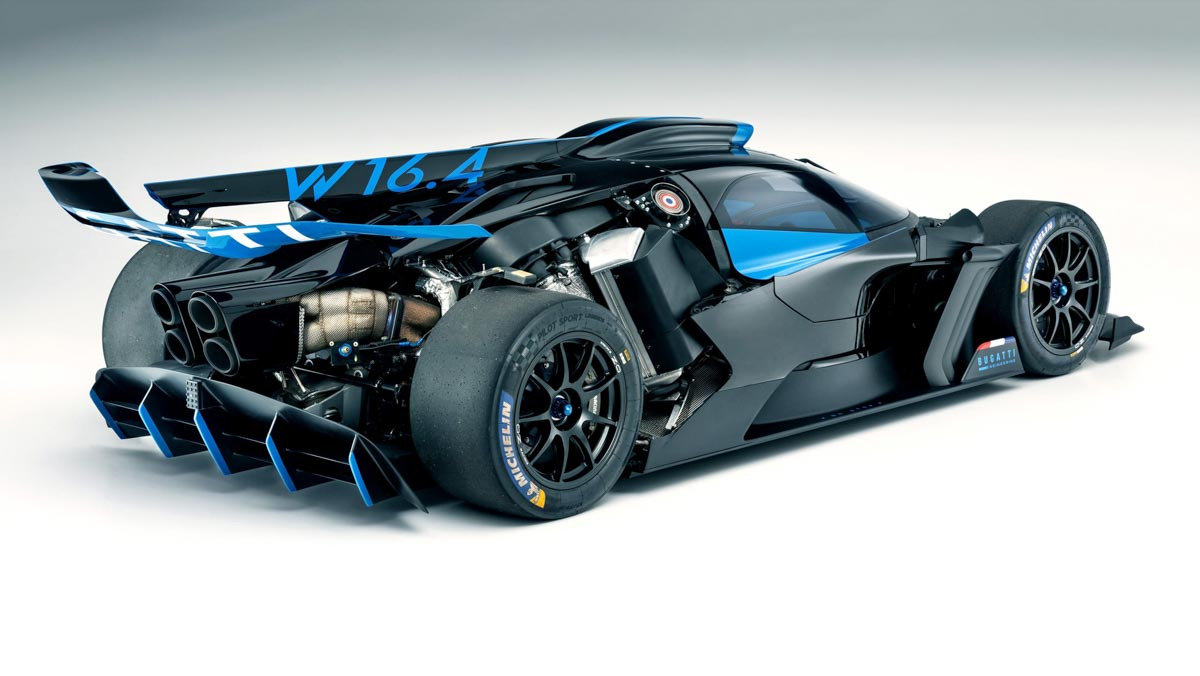 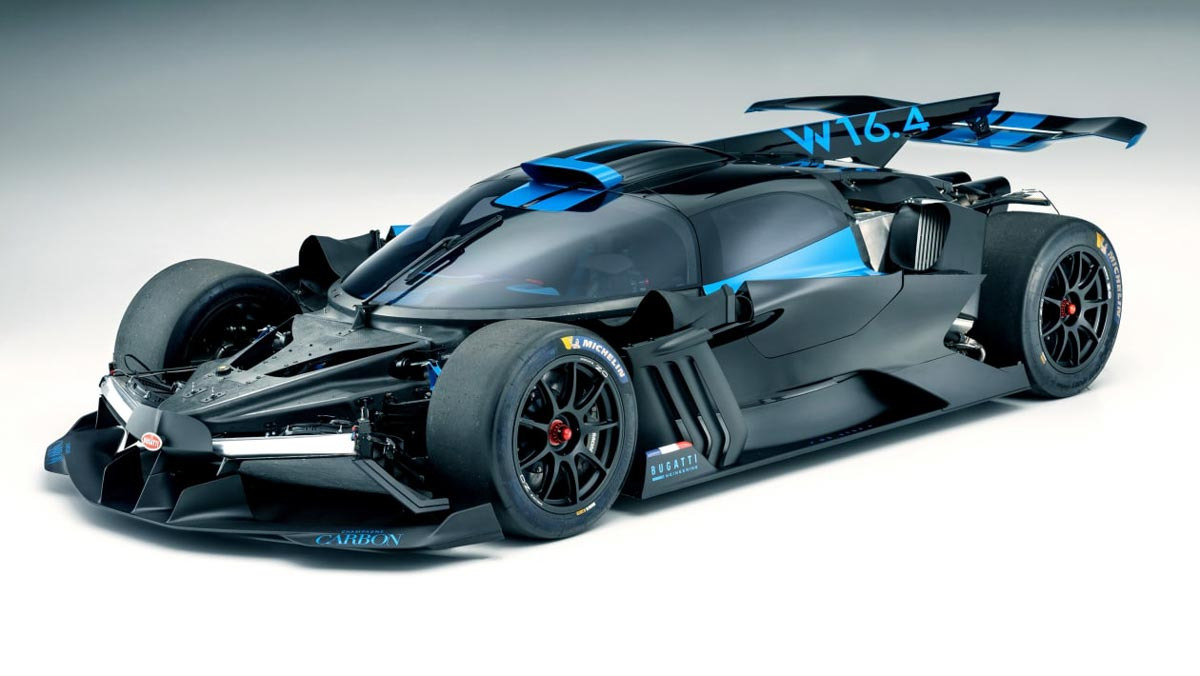 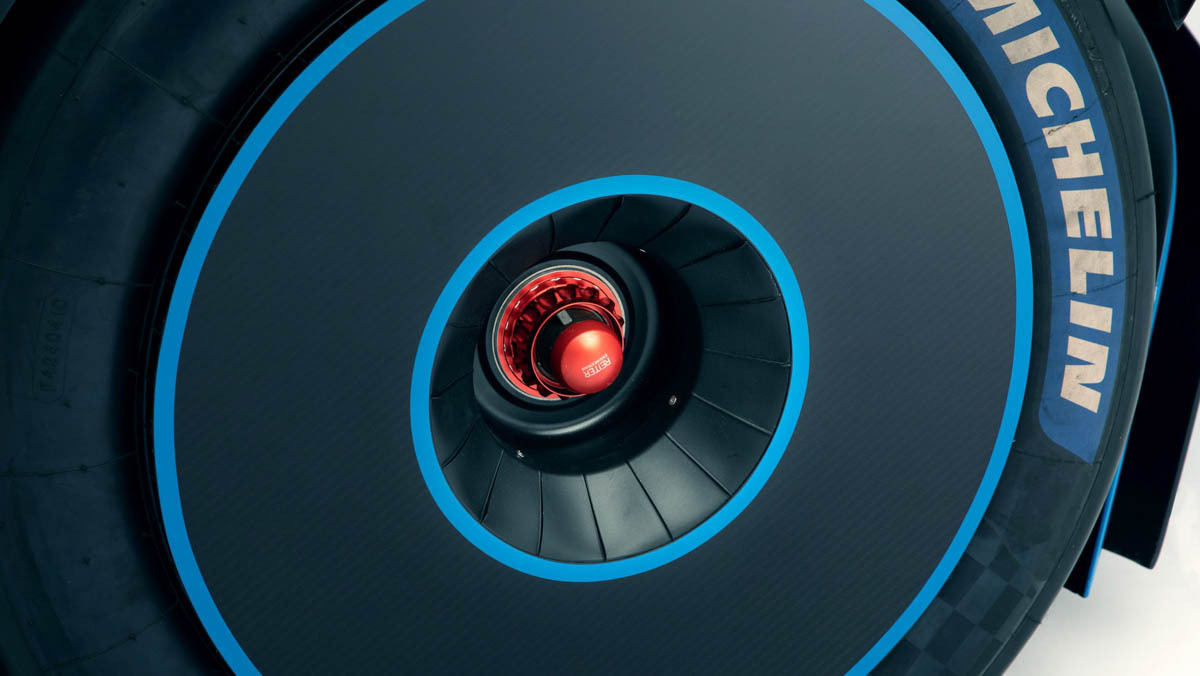 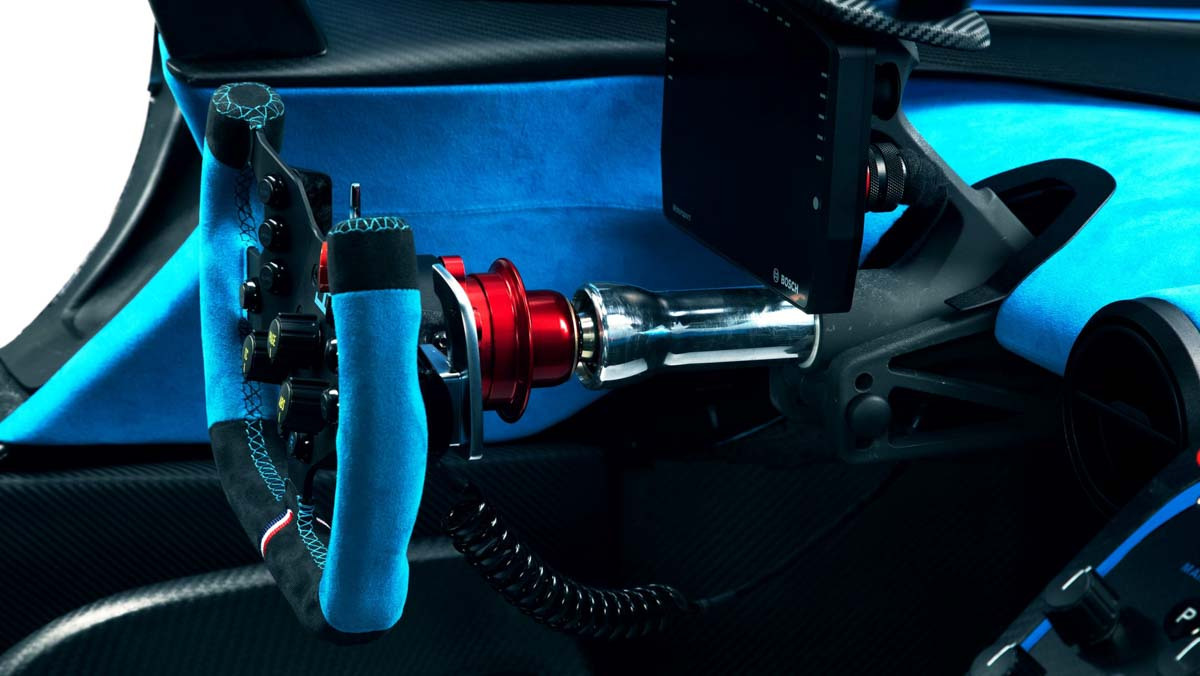 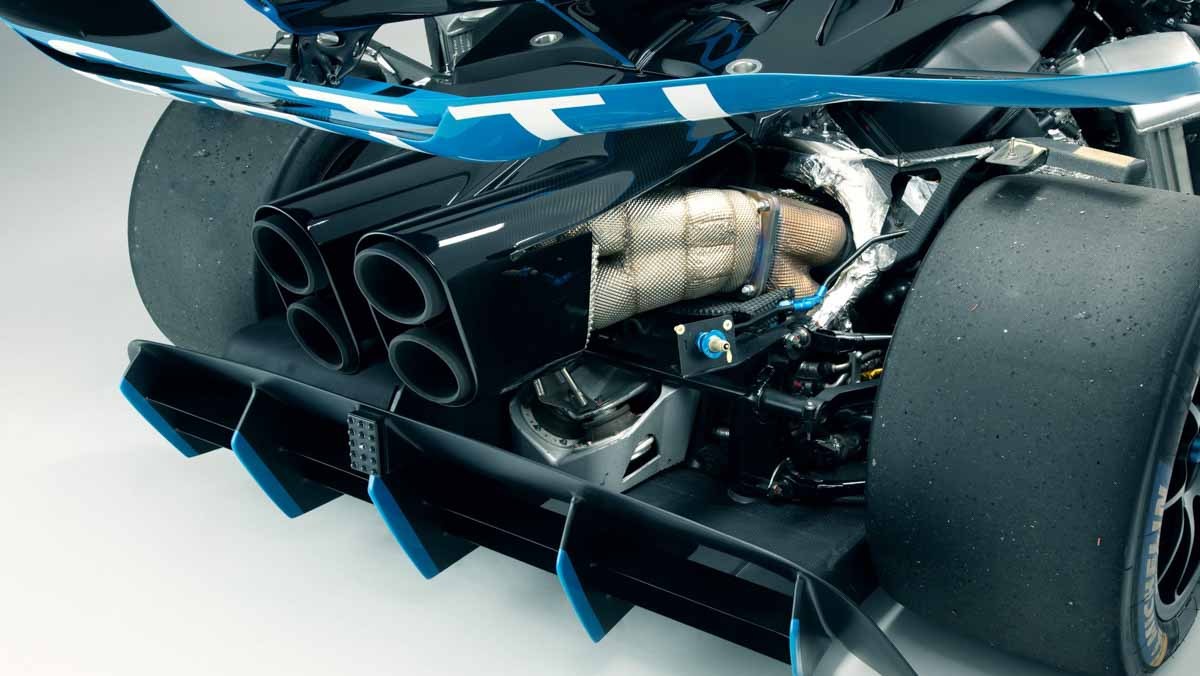 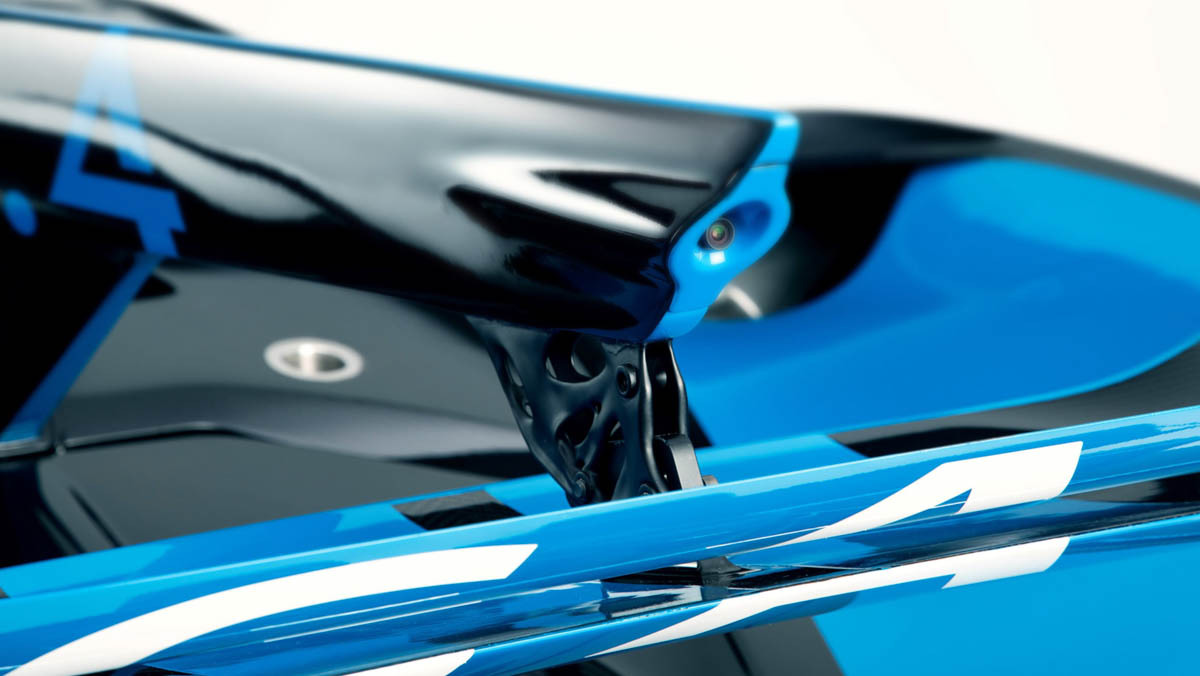 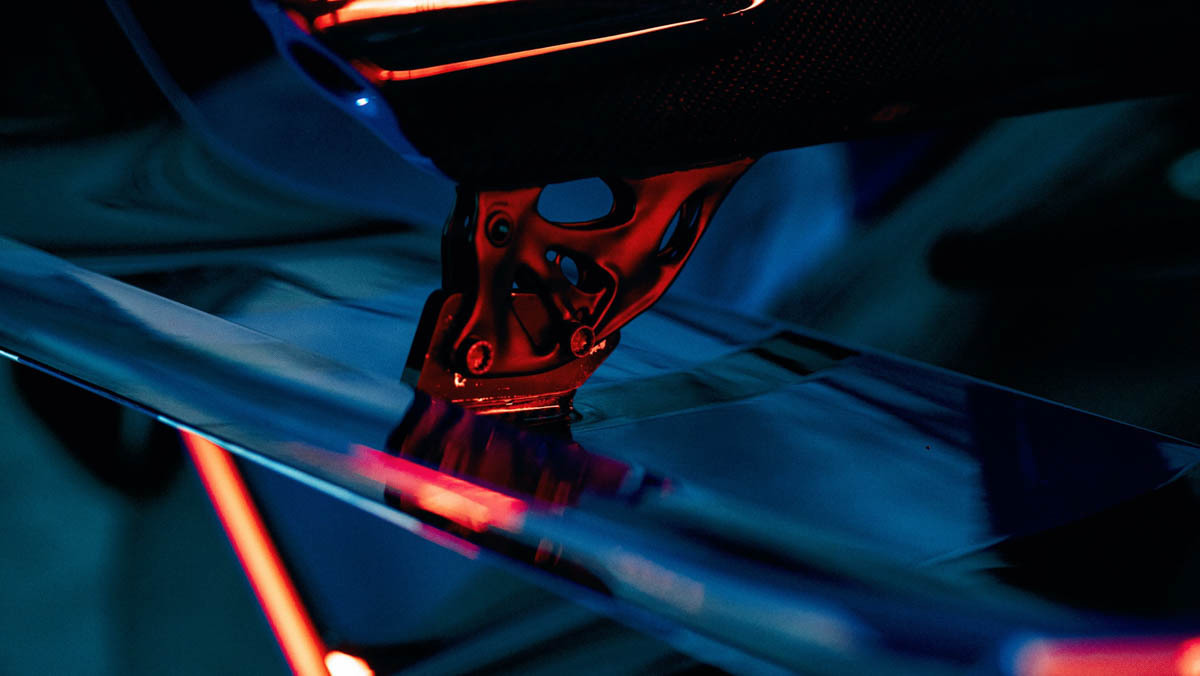 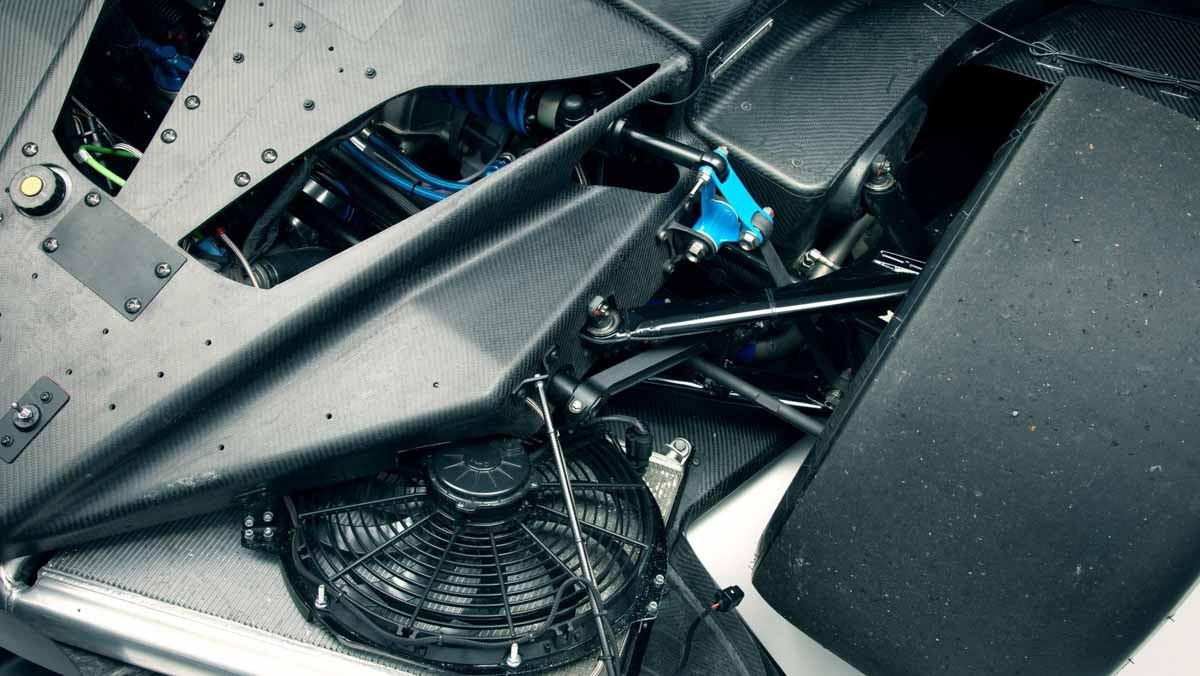 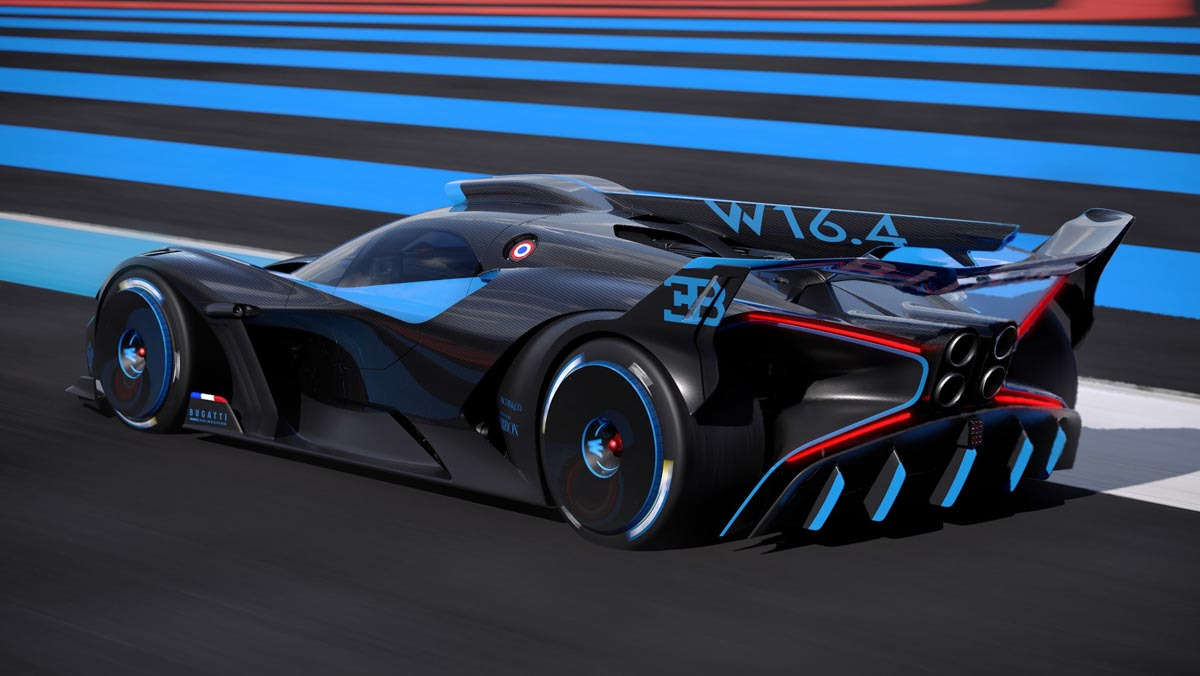 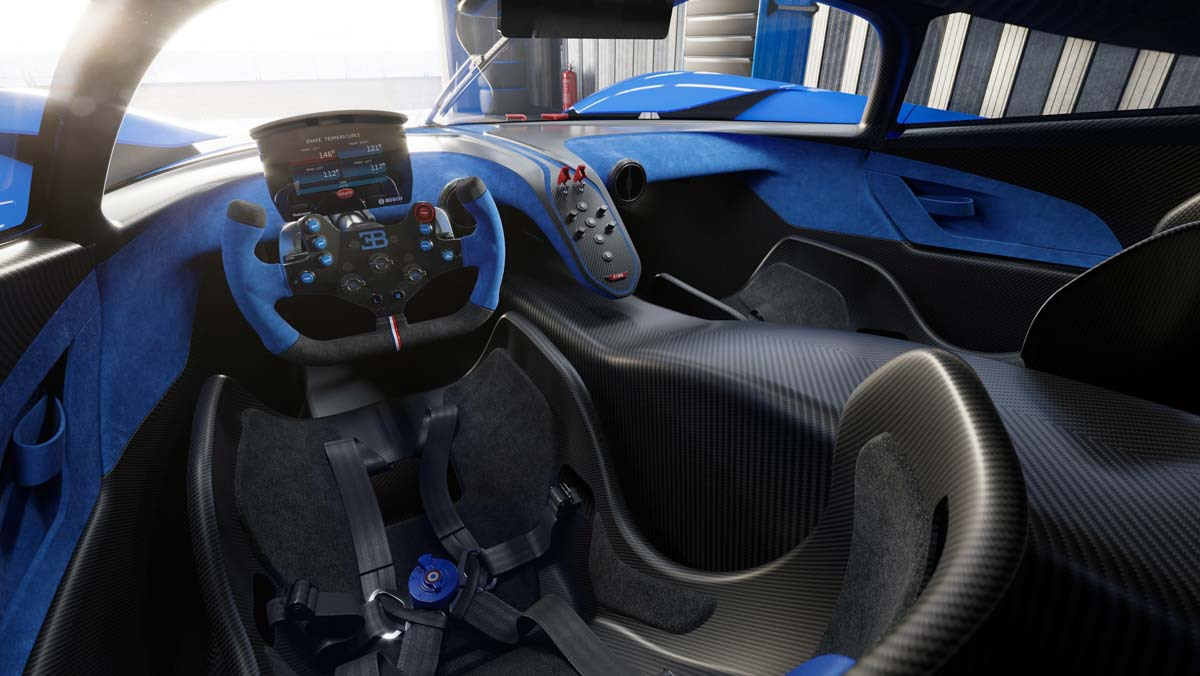 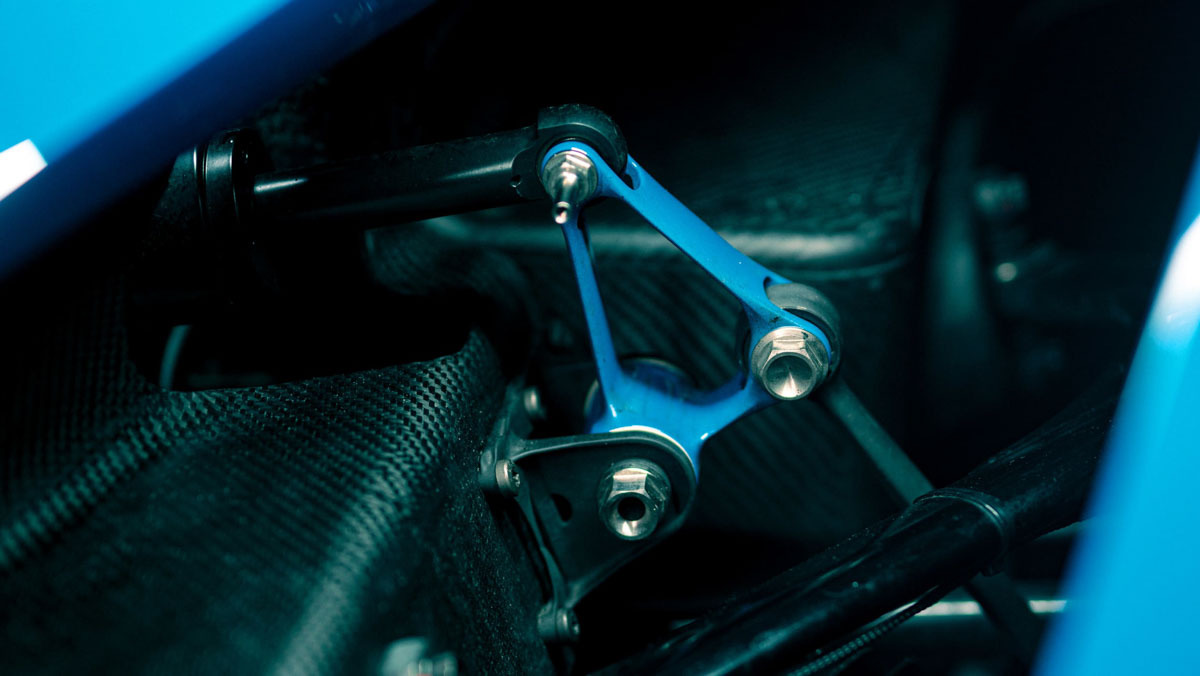 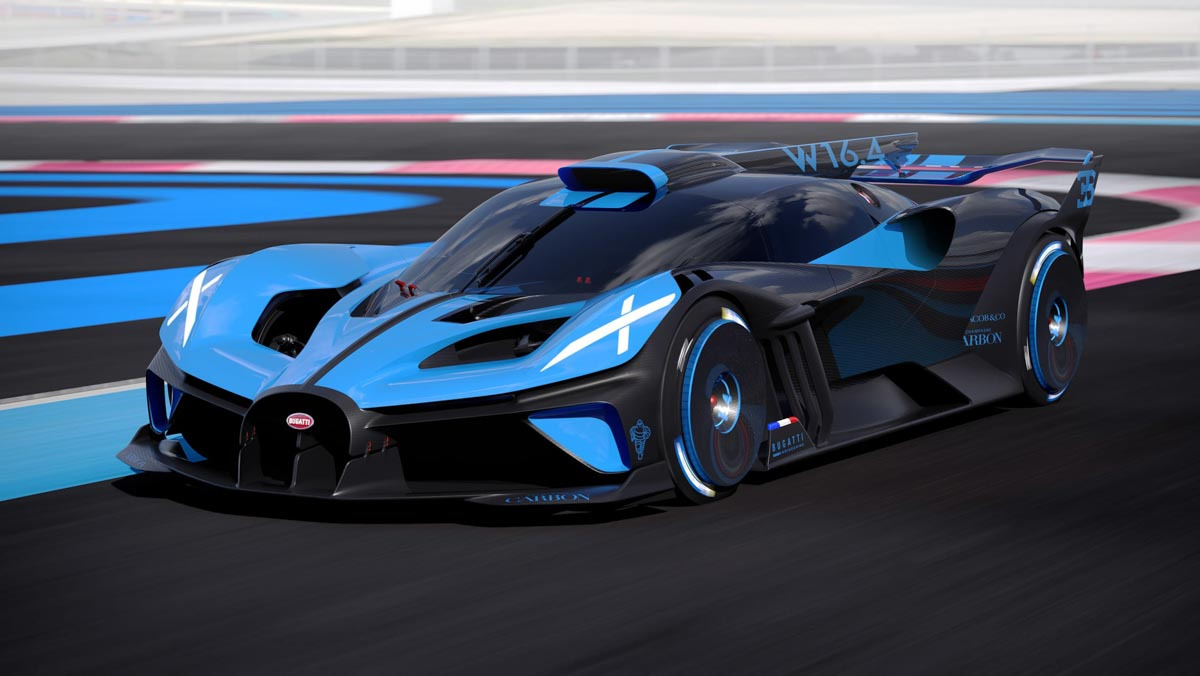 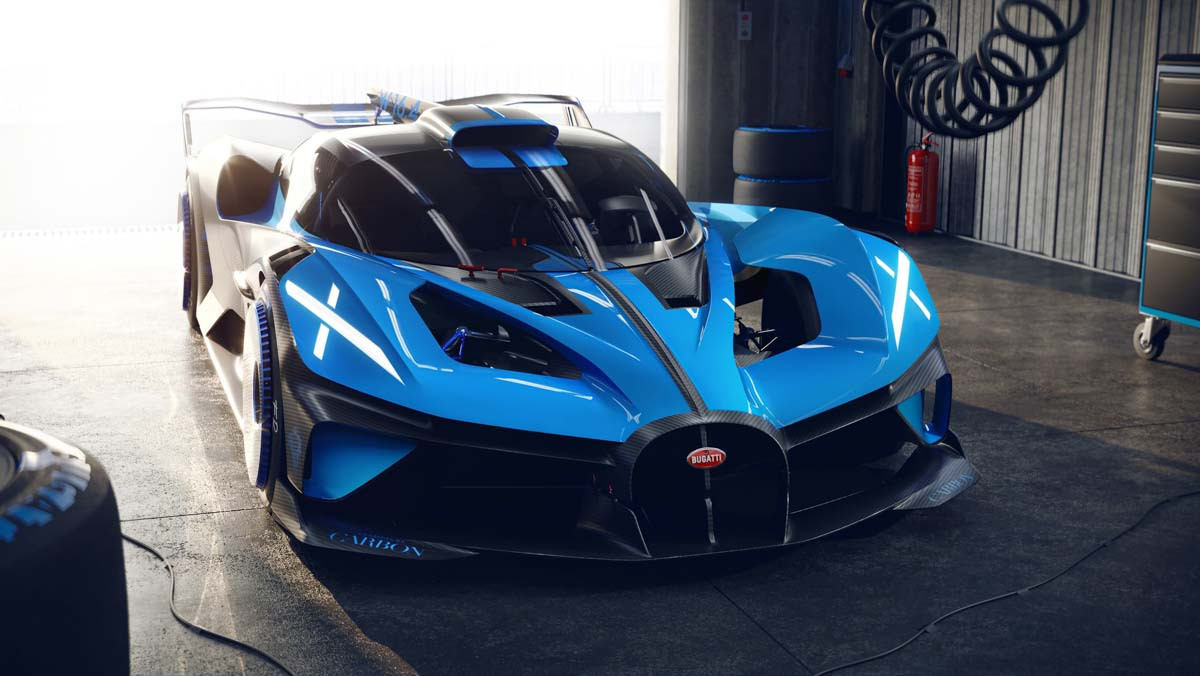 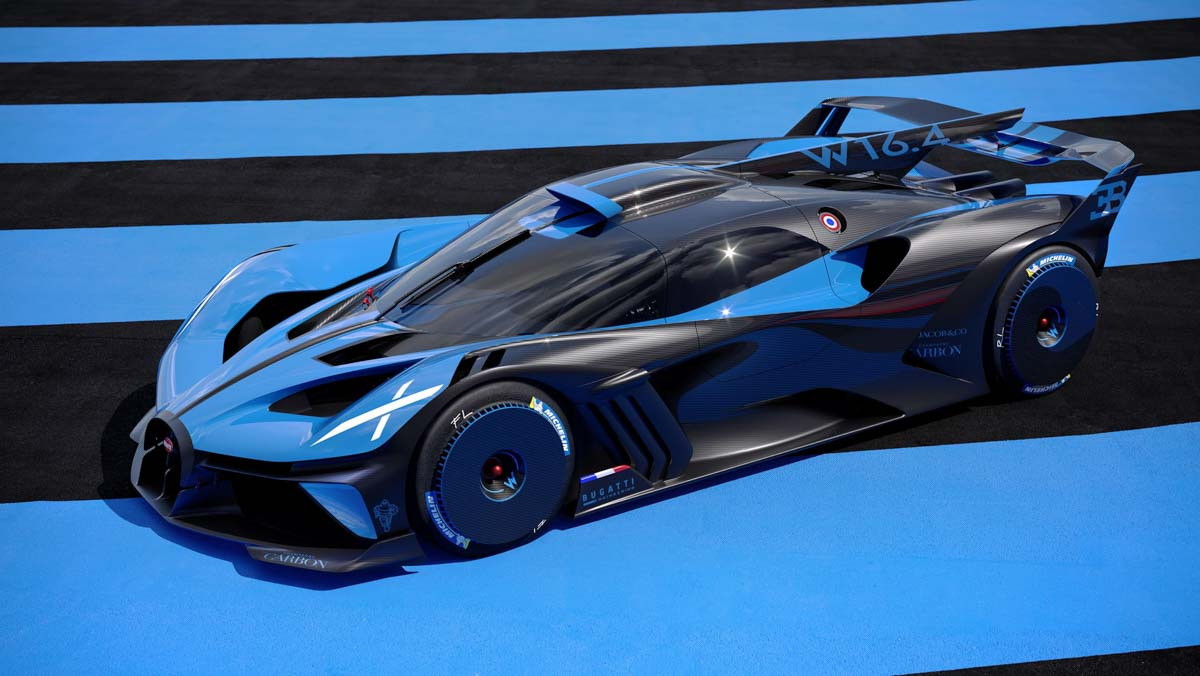 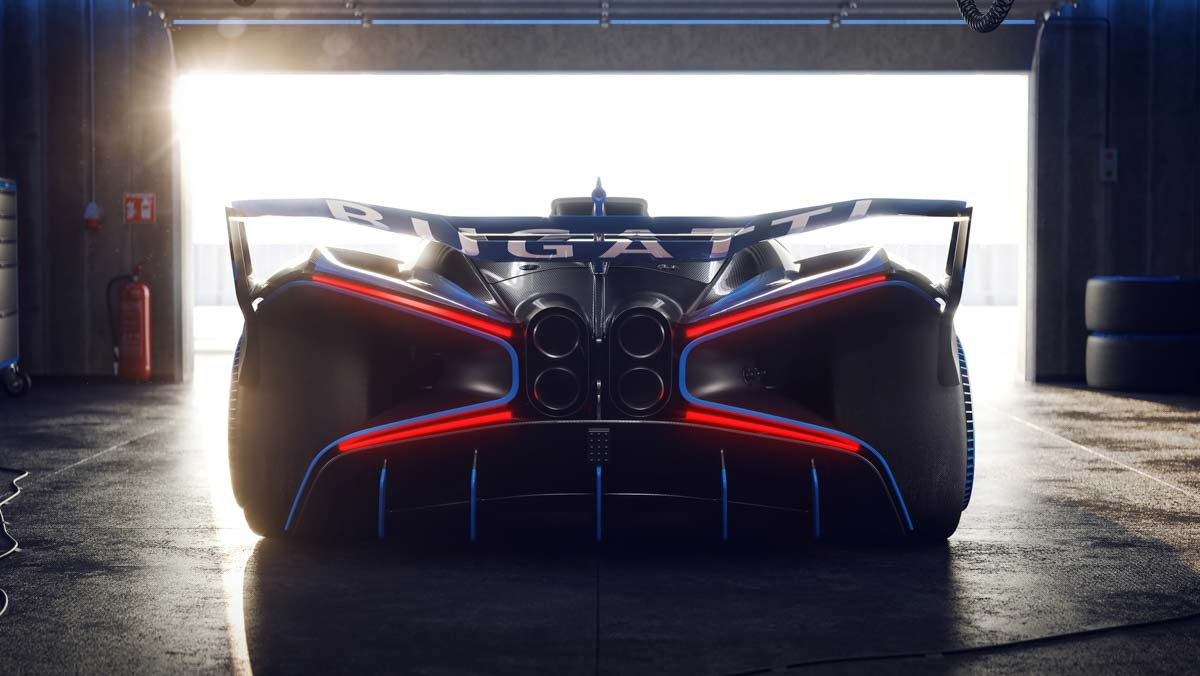 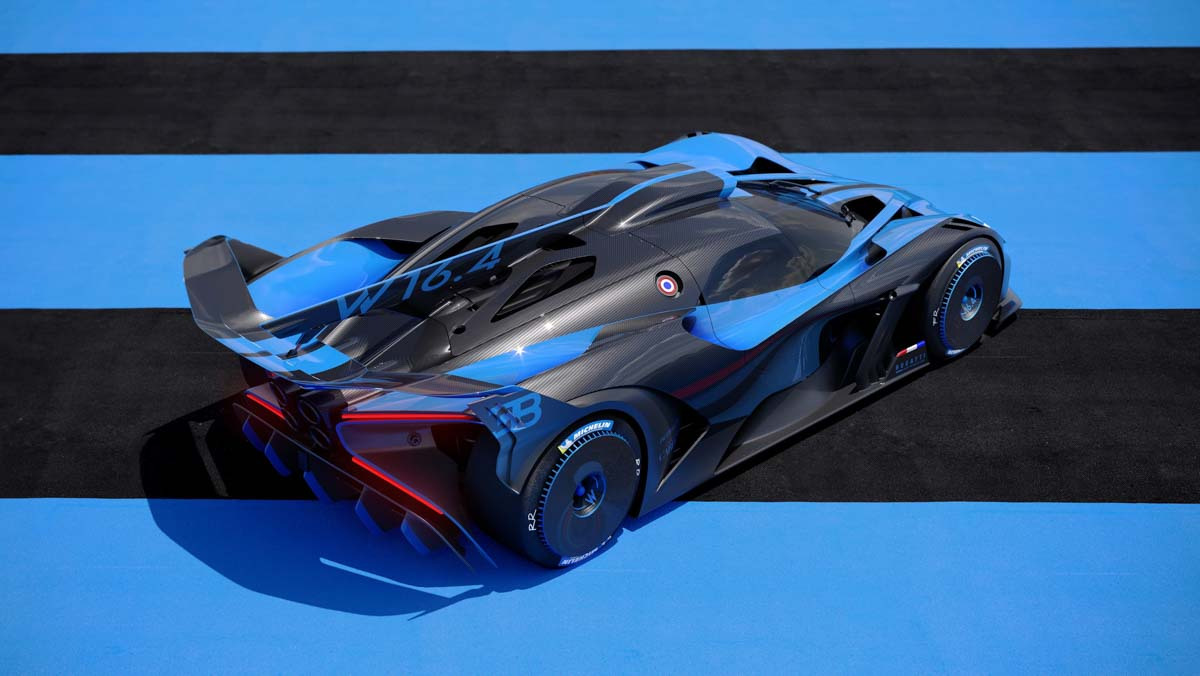 The Bugatti Chiron has spawned countless special editions since its launch in 2016, ranging from the retro-rehash Centodieci to the Pur Sport and record-breaking Super Sport 300+. Late last year, Bugatti took the range one step further with the extreme Bolide concept, wrapping a bare-bones, lightweight body around its mighty W16 powertrain.

Despite the large and incredibly heavy W16 engine, Bugatti claims the Bolide will have an astonishing kerb weight of just 1250kg achieved through a vast spread of weight saving techniques, including the application of 3D printing and biomimicry. Use of this technology has been applied to elements like the mounting hardware for its aero, which features a patented construction similar to that of bone. Printed in titanium, each component has thin outer walls and a complex hollow structure inside, something that only additive manufacturing techniques like 3D printing can achieve. The suspension pushrods are able to transfer up to 3.5 tonnes of force, despite weighing just 100 grams, displaying an astonishing mass-to-strength ratio. This same technology is applied to small components throughout the Bolide, such as the wheel-mounted turbofans cooling the brakes and load-bearing aero components.

At its core is Bugatti’s 8-litre quad-turbocharged W16, now sending 1825bhp and 1364lb ft of torque to those Michelin slicks for a quoted 2.17sec 0-100kph time and top speed of over 499kph. The Bolide is also said to go from 0-400kph and back to standstill in just 24.64sec, 6.84sec faster than the current record holder, Koenigsegg’s Regera.

To ensure the unit can withstand the toils of a track session, Bugatti has optimised its cooling and oil systems whilst also upgrading the four turbocharged to produce more boost at higher engine speeds. A total of three air-cooled charge coolers are employed to help keep the engine, transmission and differential at within suitable operating temperatures, and there’s also a water pre-cooling system there to give the system a helping hand too.

The Bolide’s real party piece is that 1250kg kerbweight, astonishing considering the immense near-500kg weight of the powertrain. To streamline the weight as much as possible, Bugatti switched from water-to-air cooling to air-to-air, utilised 3D-printed titanium components throughout, included a wound carbonfibre driveshaft, forged magnesium wheels and a completely stripped cabin. Combine this weight figure with its 1825bhp output, and you get an unrivalled 1472bhp/tonne power-to-weight ratio, or the 0.67kg per metric horsepower teased in Bugatti’s initial communication.

Bugatti hasn’t decided if it will put the model into limited production, but with the brand claiming it will lap the Nürburgring Nordschleife in just 5:23.1 (just a few seconds off the record-holding Porsche 919 Hybrid Evo), it’ll be fascinating to see if it can pull it off.